OK folks, it's time for another set of Infinity miniatures! 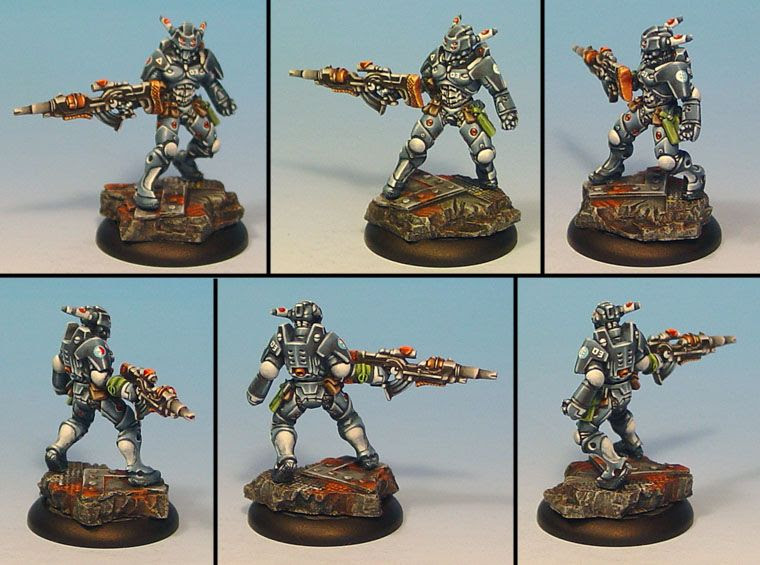 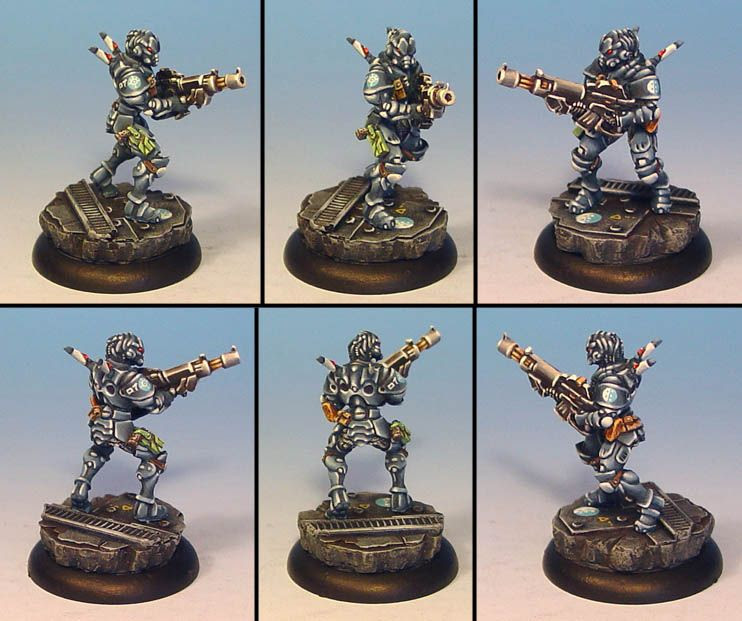 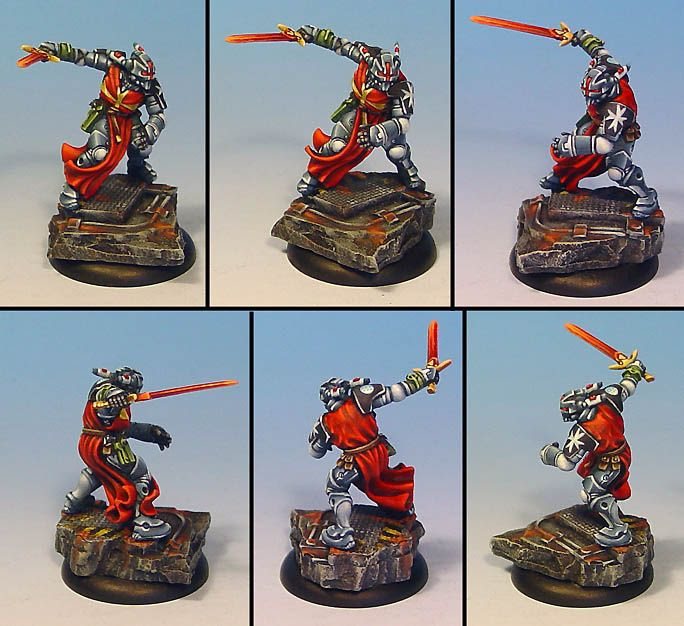 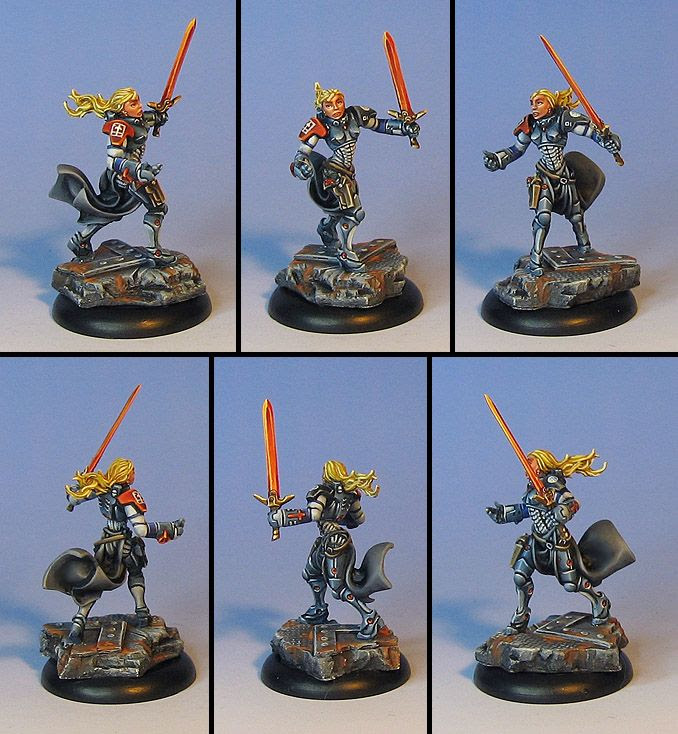 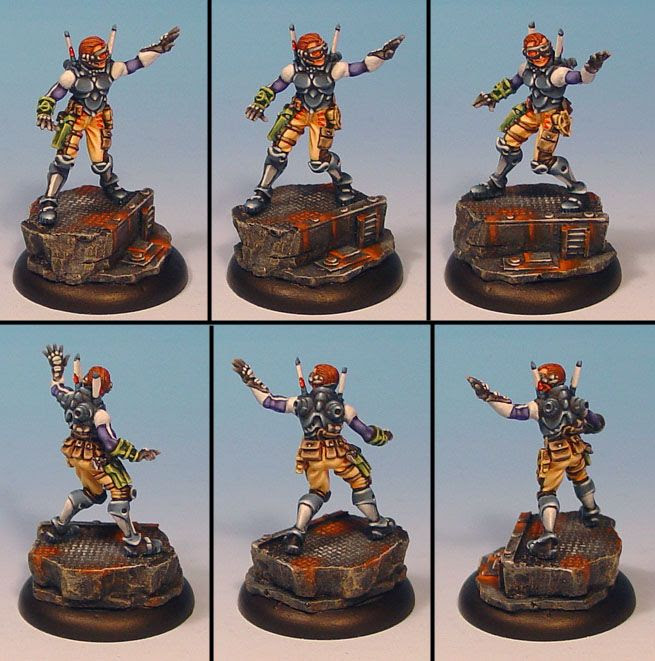 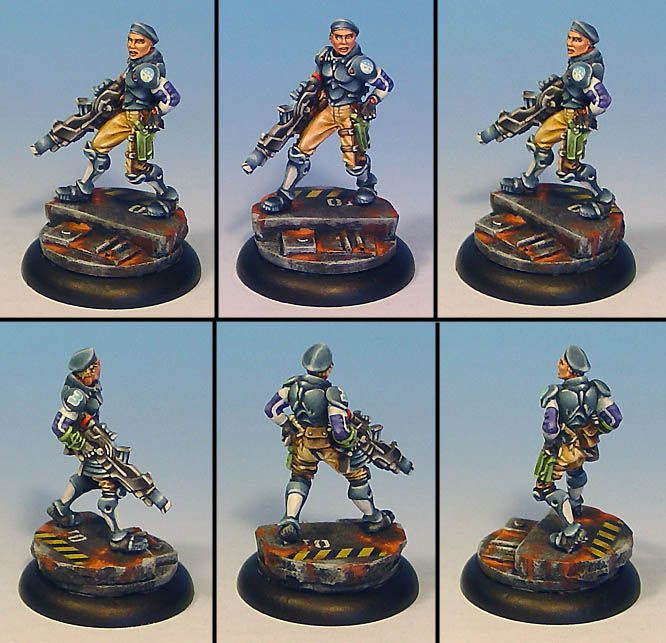 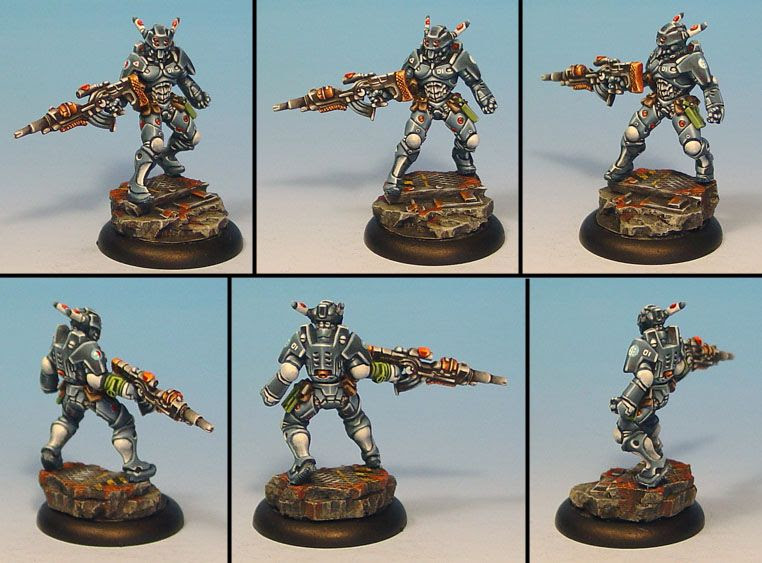 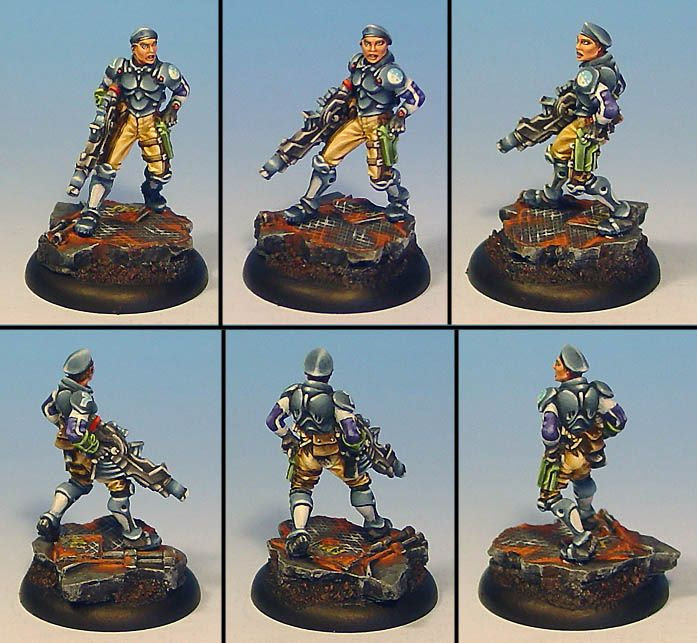 Here's a big gallery of Confrontation Centaurs from Rackham.  I am glad that the line is being somewhat revived by Cool Mini.  They were really amazing figures, and they did create a lot of new painting and sculpting standards along the way. 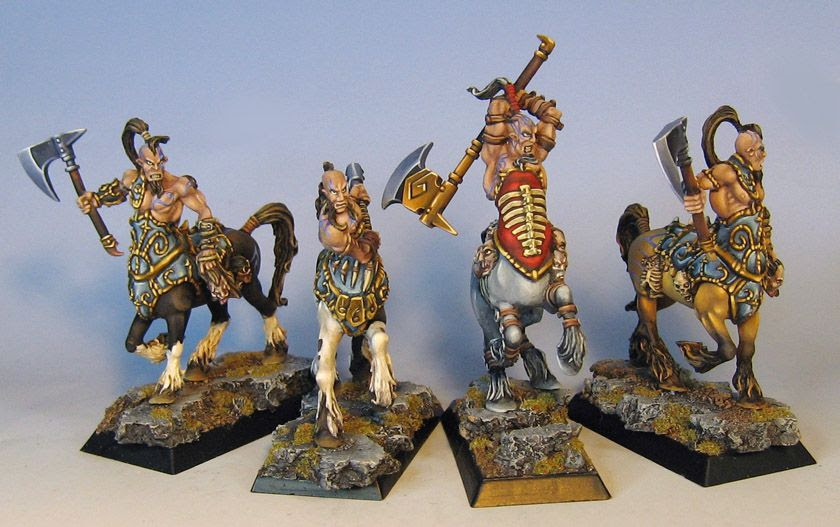 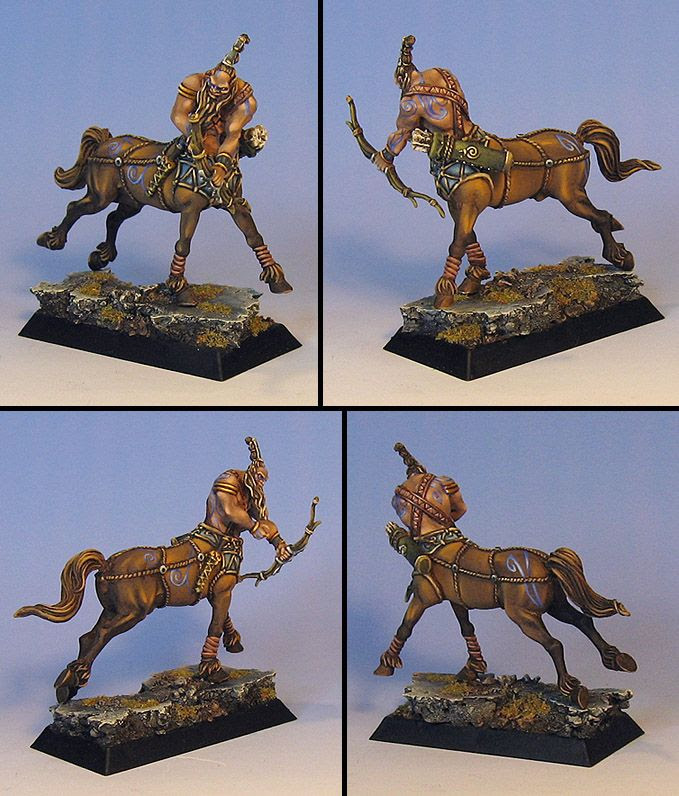 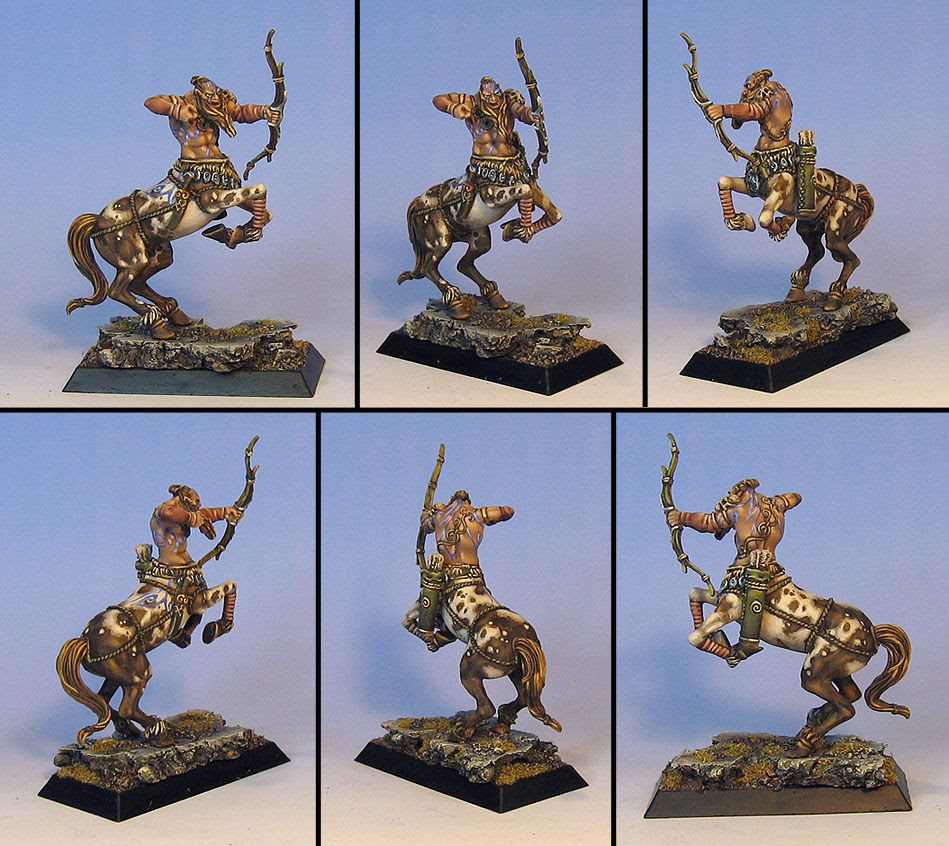 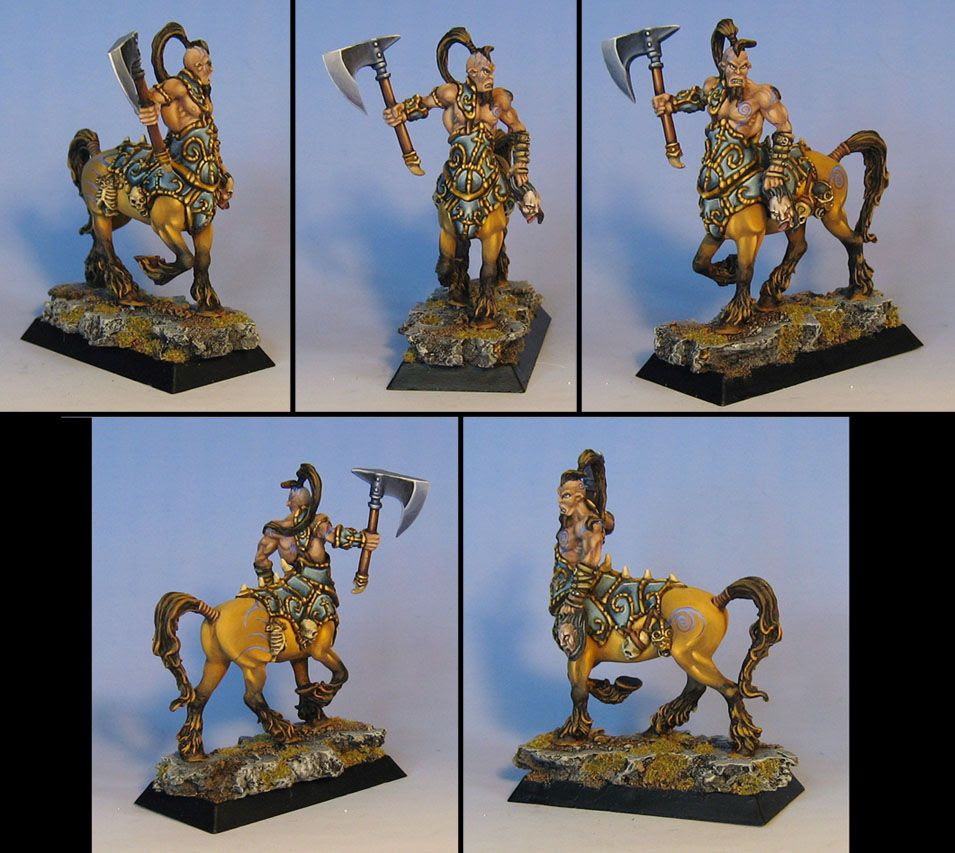 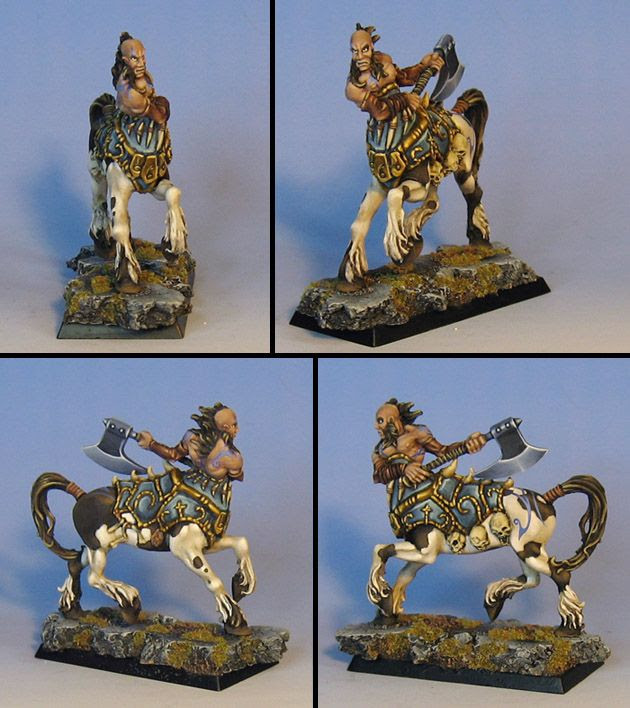 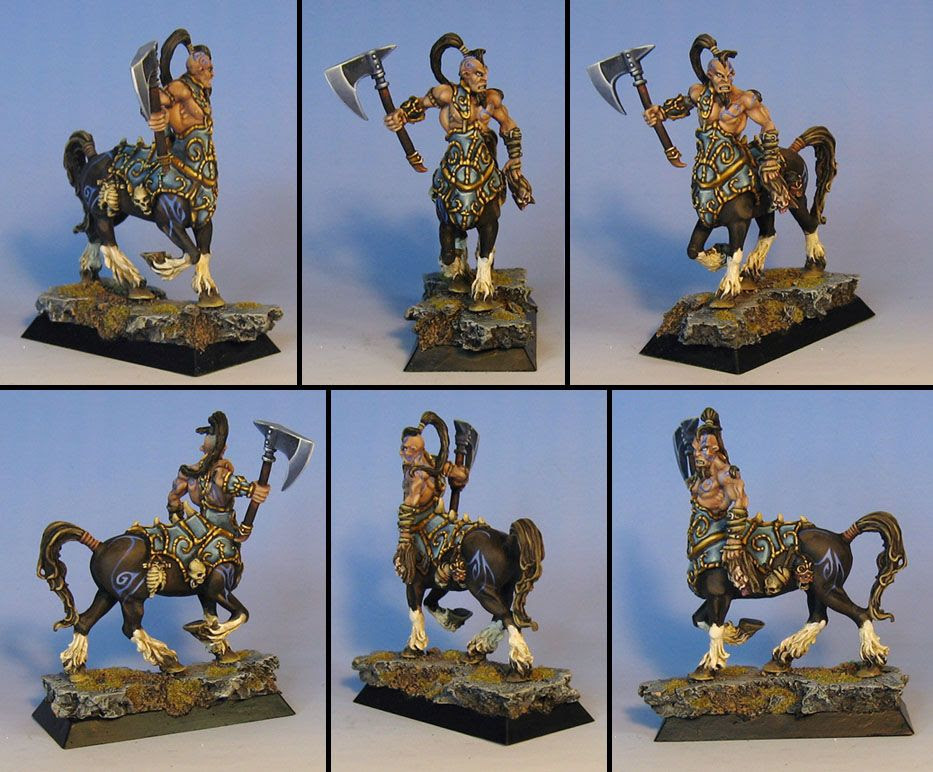 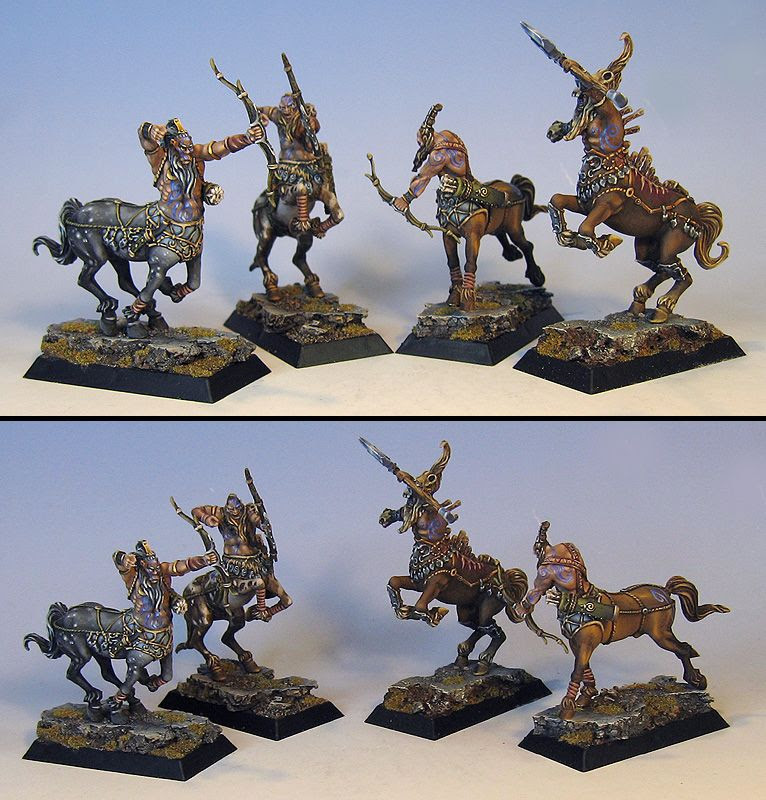 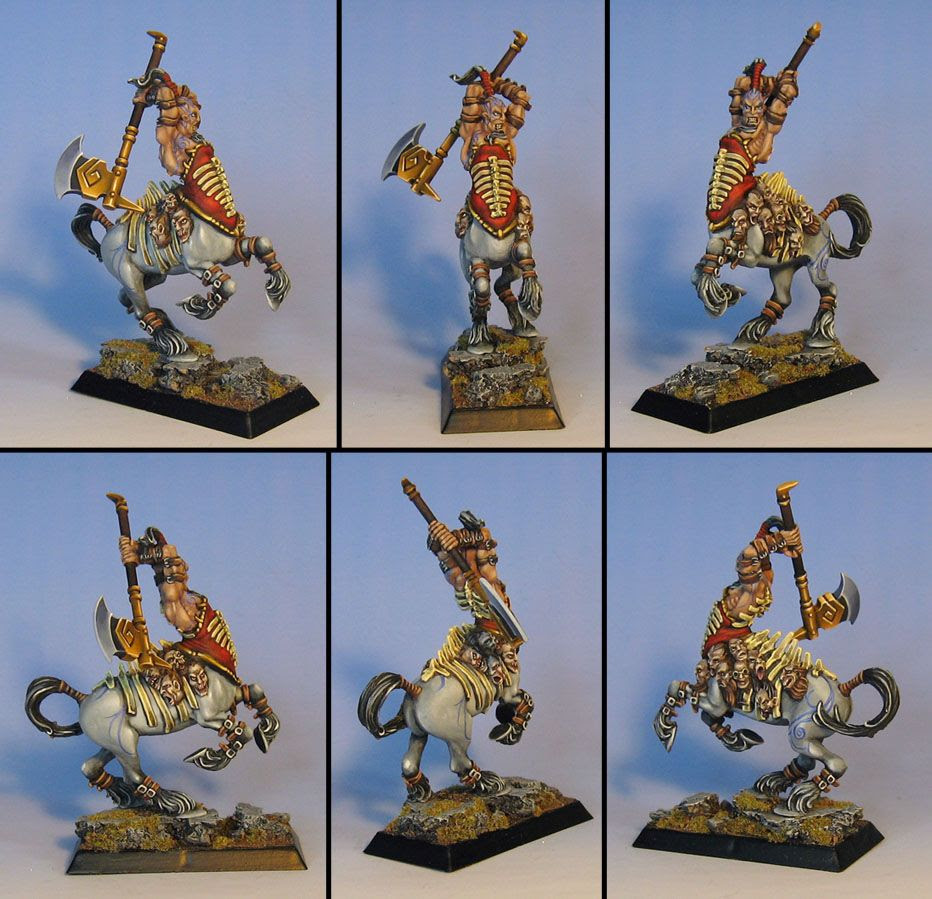 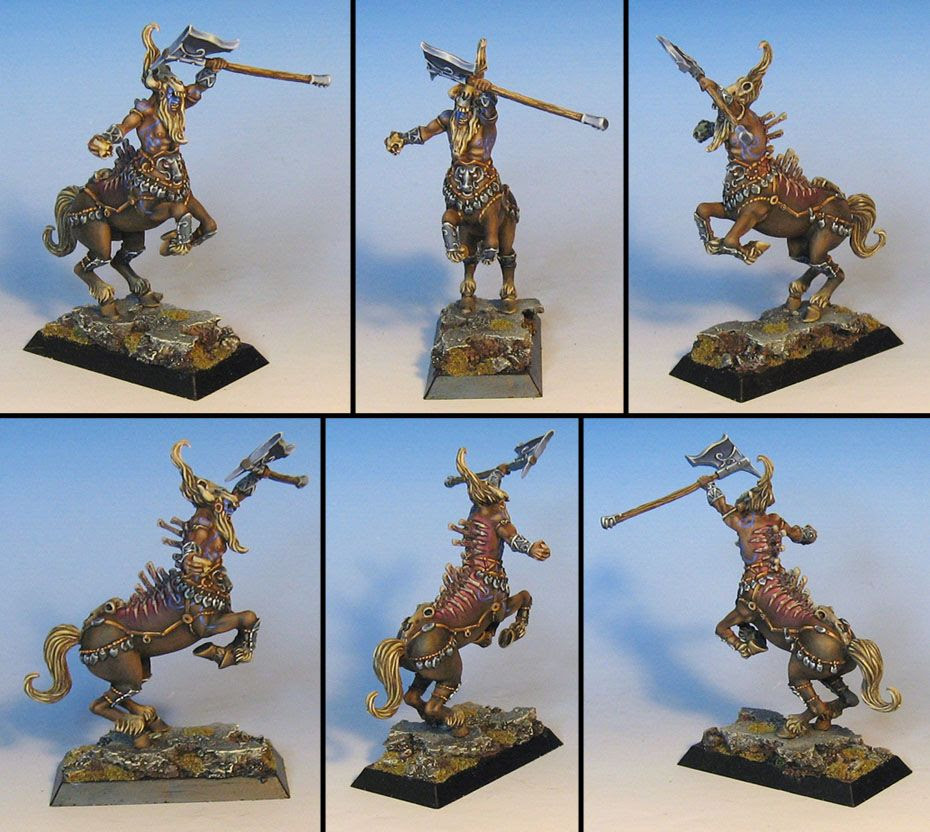 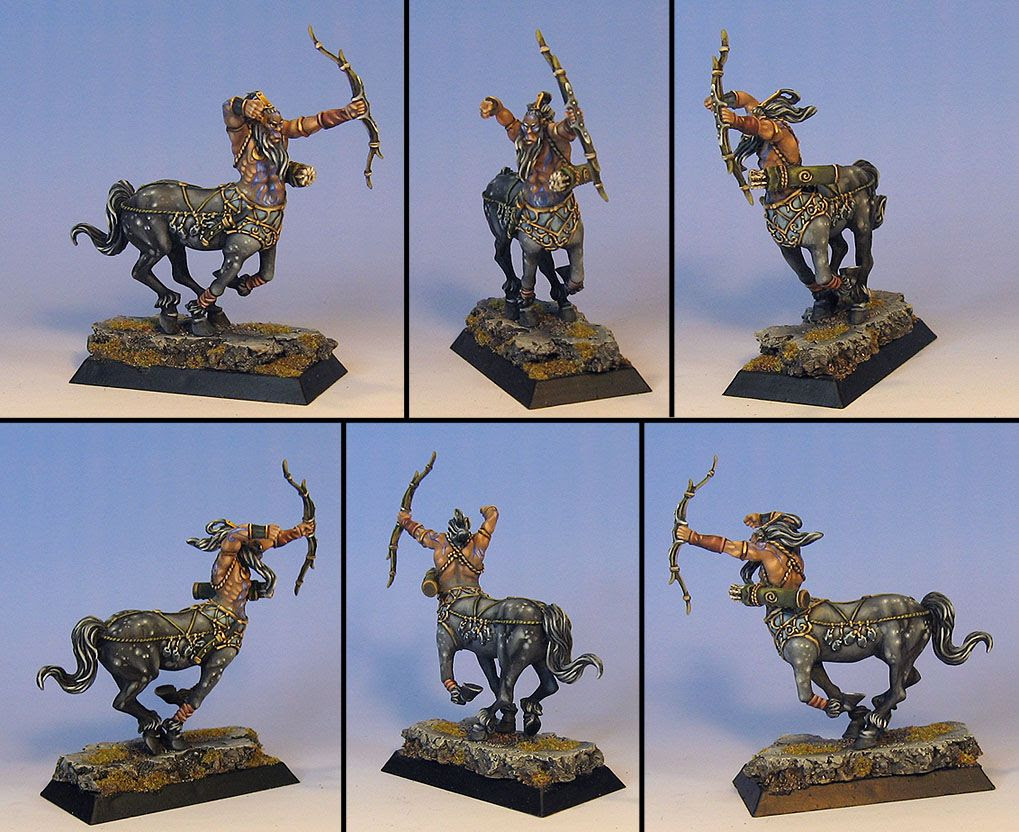 Posted by wappellious at 1:58 PM No comments:

For those of you who saw the WIP's of this figure yesterday, here is your payoff: Sarumon painted.

I spent about 3 hours on this, using large brushes, working my shaded basecoat technique to the extreme.  I wanted to see just how far that could be pushed.  It was kind of an important experiment, since I have multiple armies (LOTR and WFB) that will need to be painted in an insane rush.  These armies are strictly for playing, but if I did want to enter them in a contest, I tried to leave it so that they could be "finalized" for such purposes.

This was my verison of entertainment... about the same equivalent of playing a video game for a while :-) 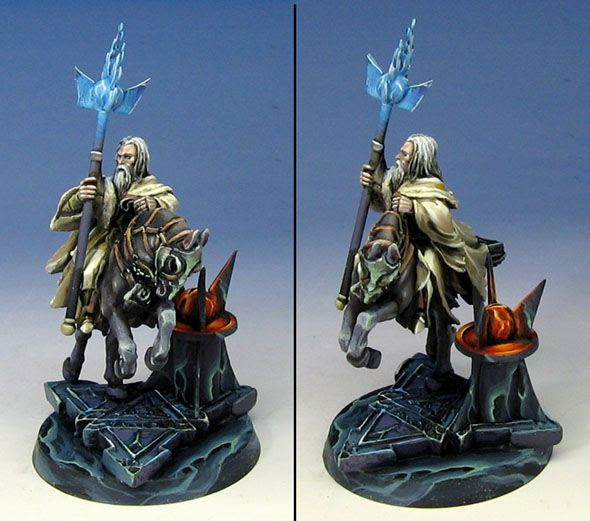 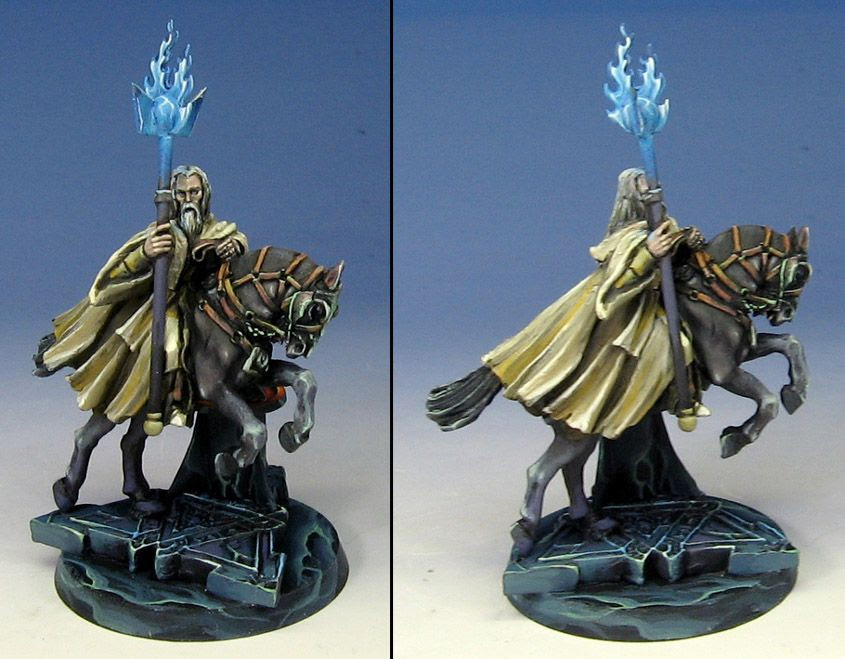 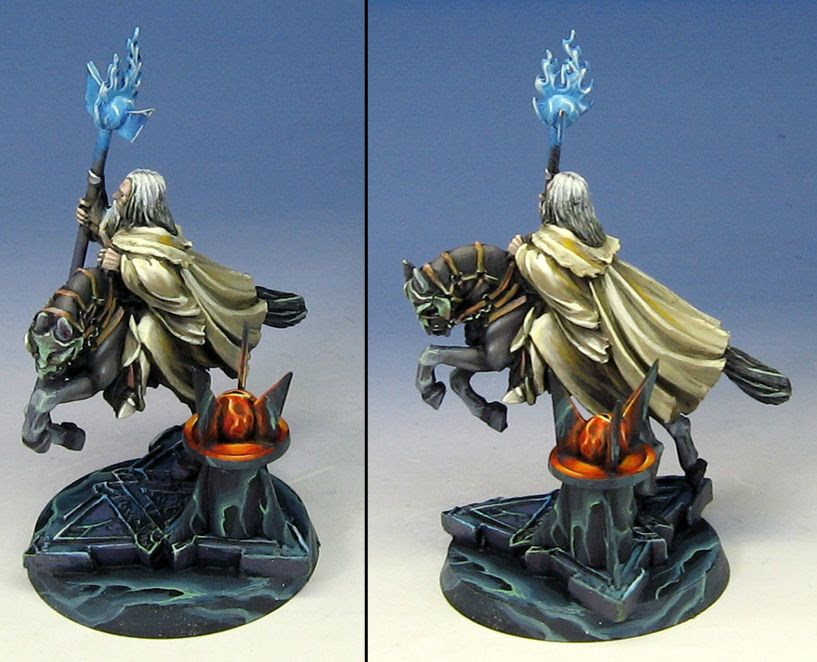 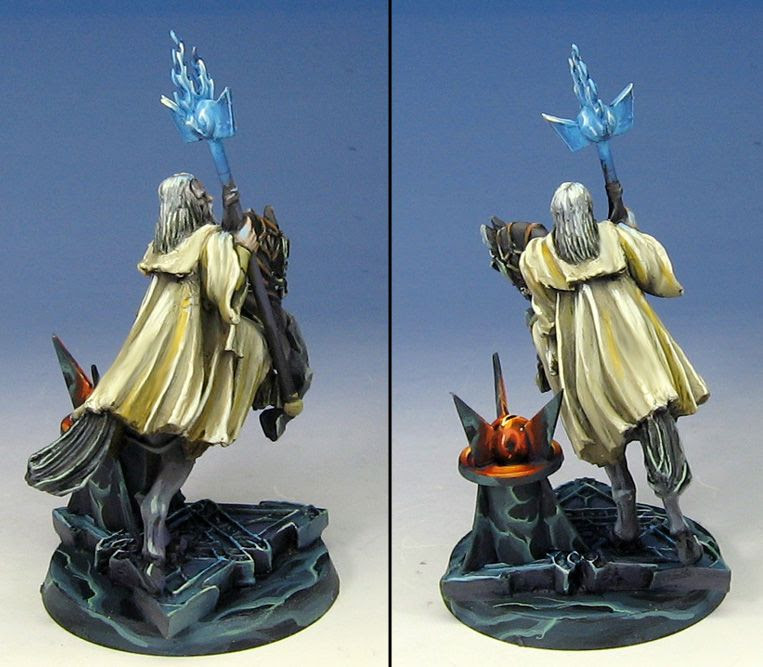 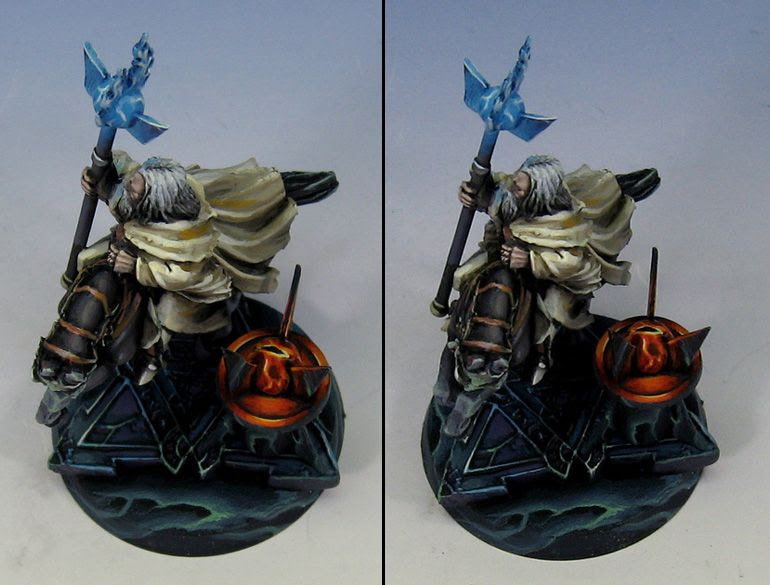 Here is one of the WIP's for anyone who missed it: 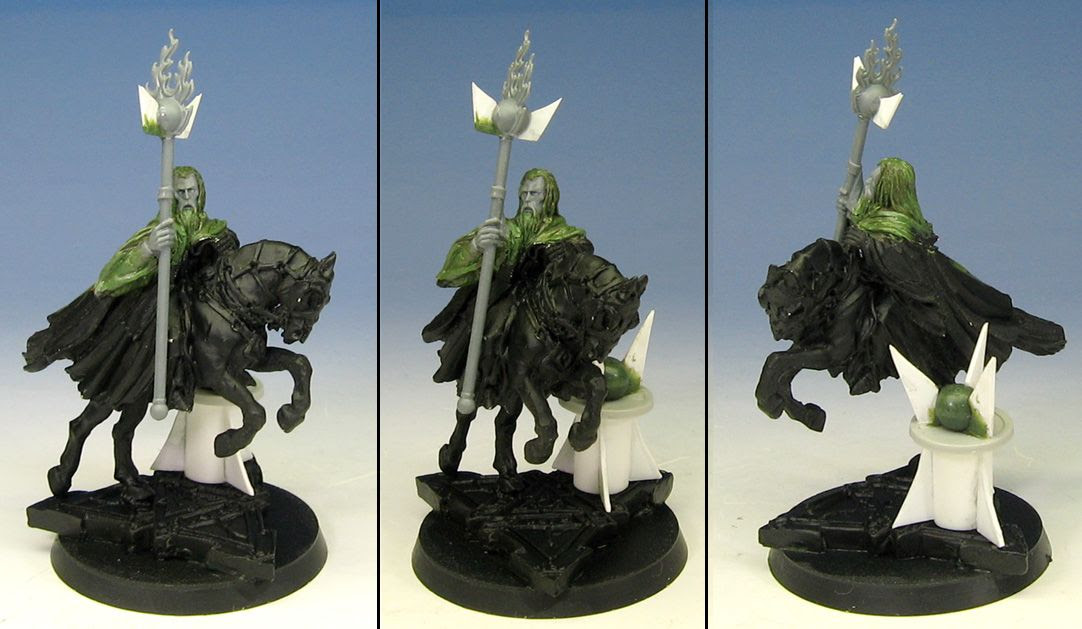 Posted by wappellious at 9:58 AM No comments:

Here is a Grey Knights dreadnought in the same color scheme as the Adepticon army.  I have a few more of these coming... 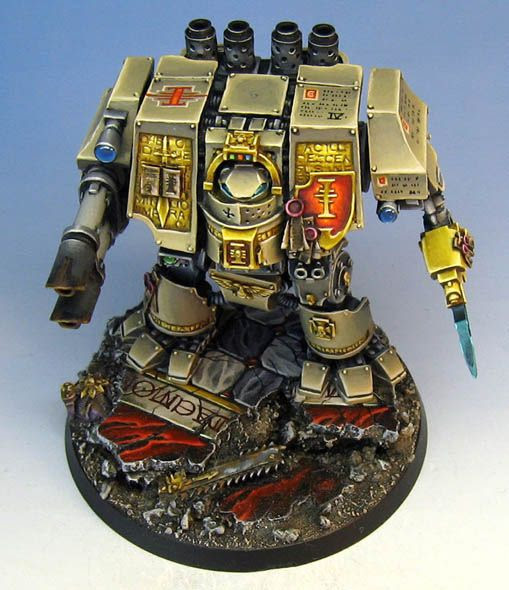 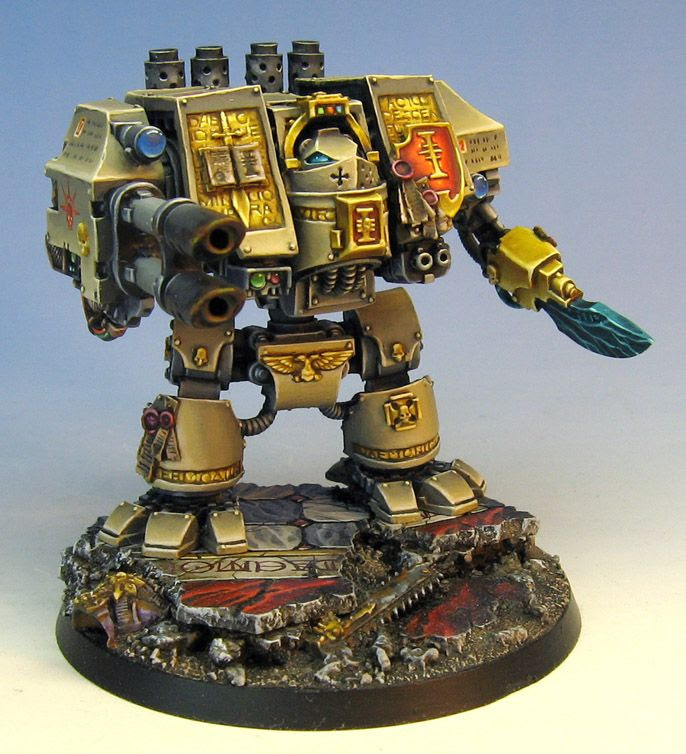 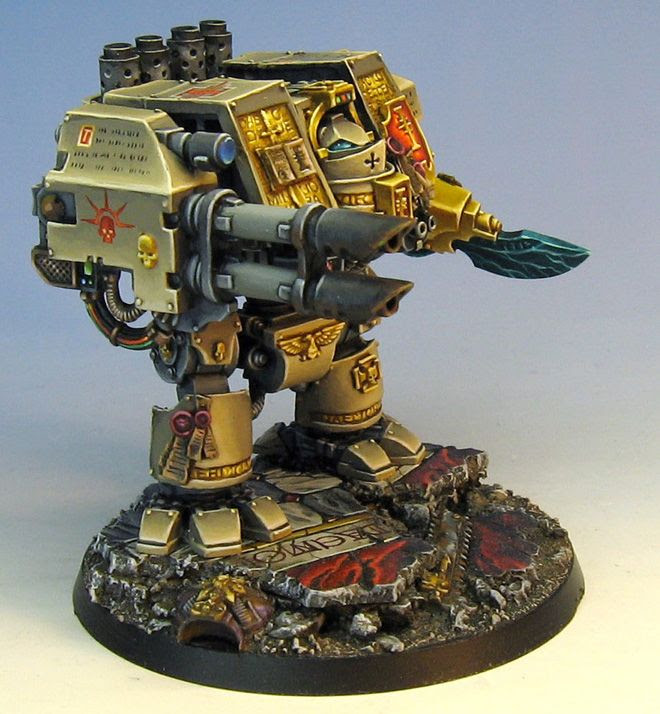 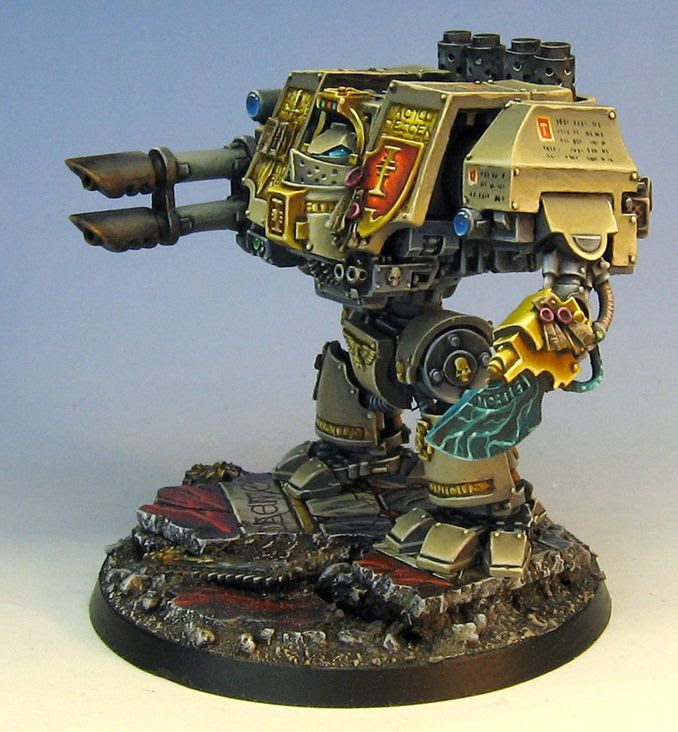 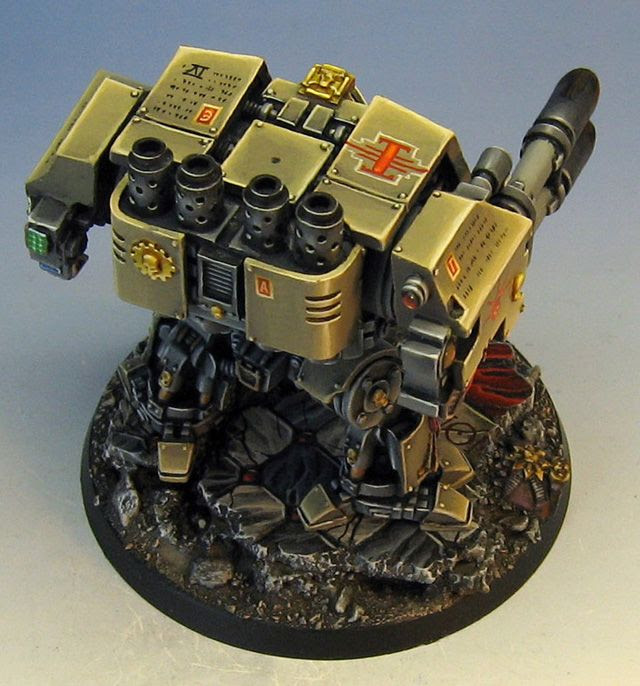 Here are some of the bases I made for this group of dreadnoughts :

And terminator size bases to match! 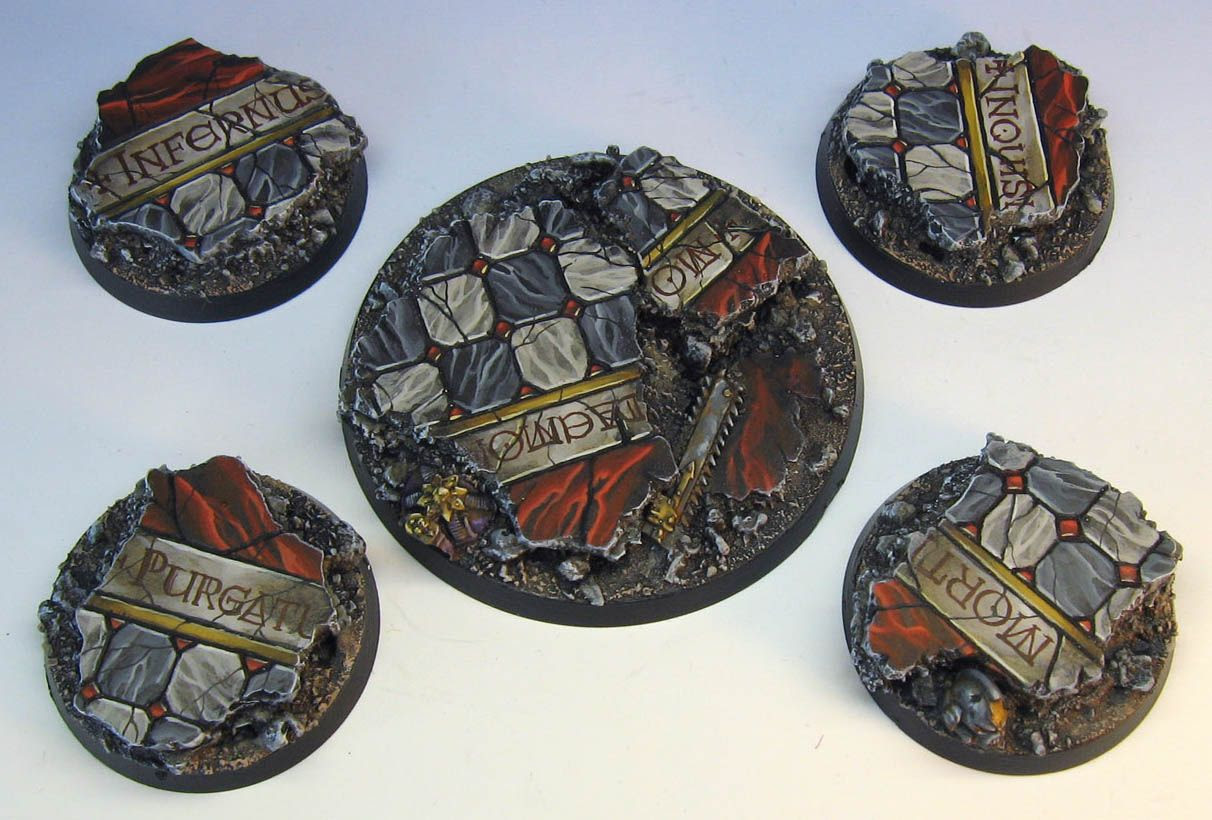 Posted by wappellious at 1:10 AM No comments: