While I always anticipate having fun making the latest set of tutorial videos for my Army Painter series, this Lannister unit was going to be a particular treat for me!

I had painted a few Empire units with Sky-Earth Non Metallic Metal, but that was several years ago.  As soon as I saw the Lannister miniatures, I knew that this would be my chance to do something like this on an entire army!! 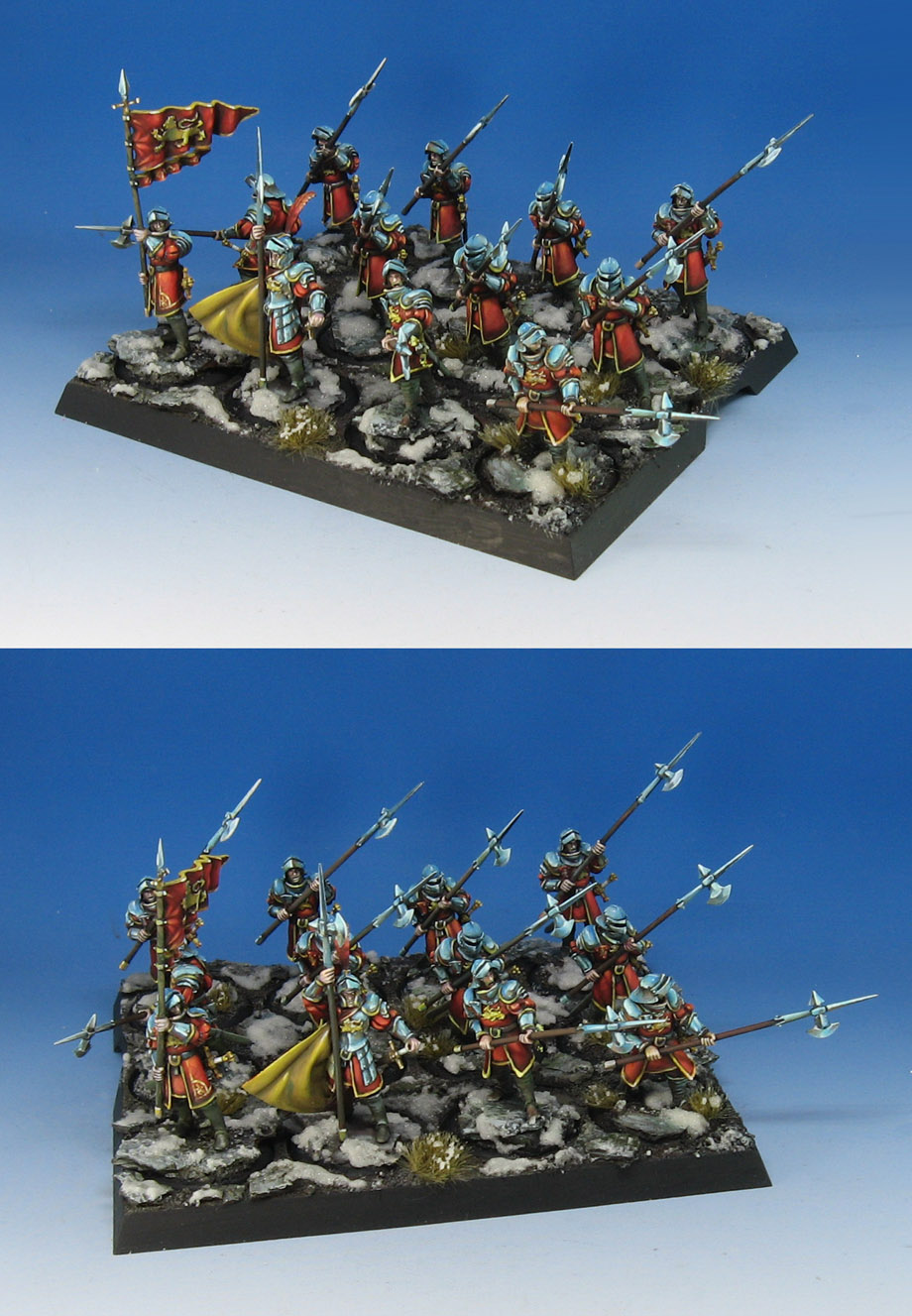 The five part series begins with basing of course, where I demonstrate how to incorporate tree bark and other materials on the individual bases and the movement tray as well. 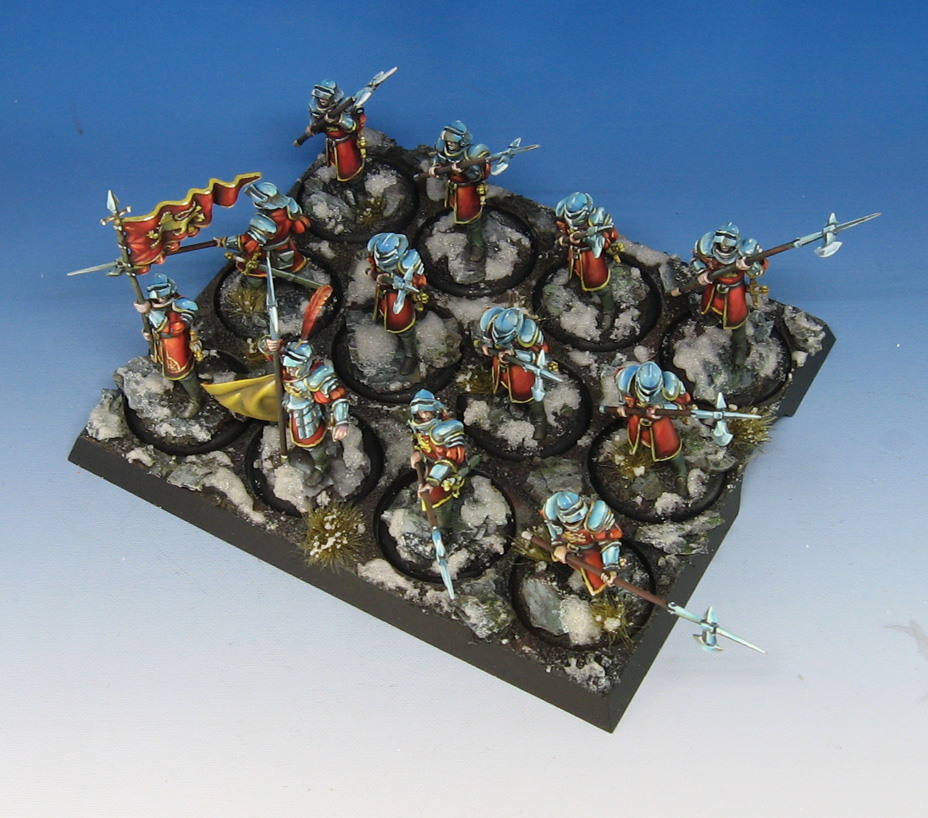 The next few episodes cover the Shaded Basecoat, followed by the glazing and work in the Mid Tone areas.  Episode four really dives into the Sky-Earth effect on the helmets and weapons. 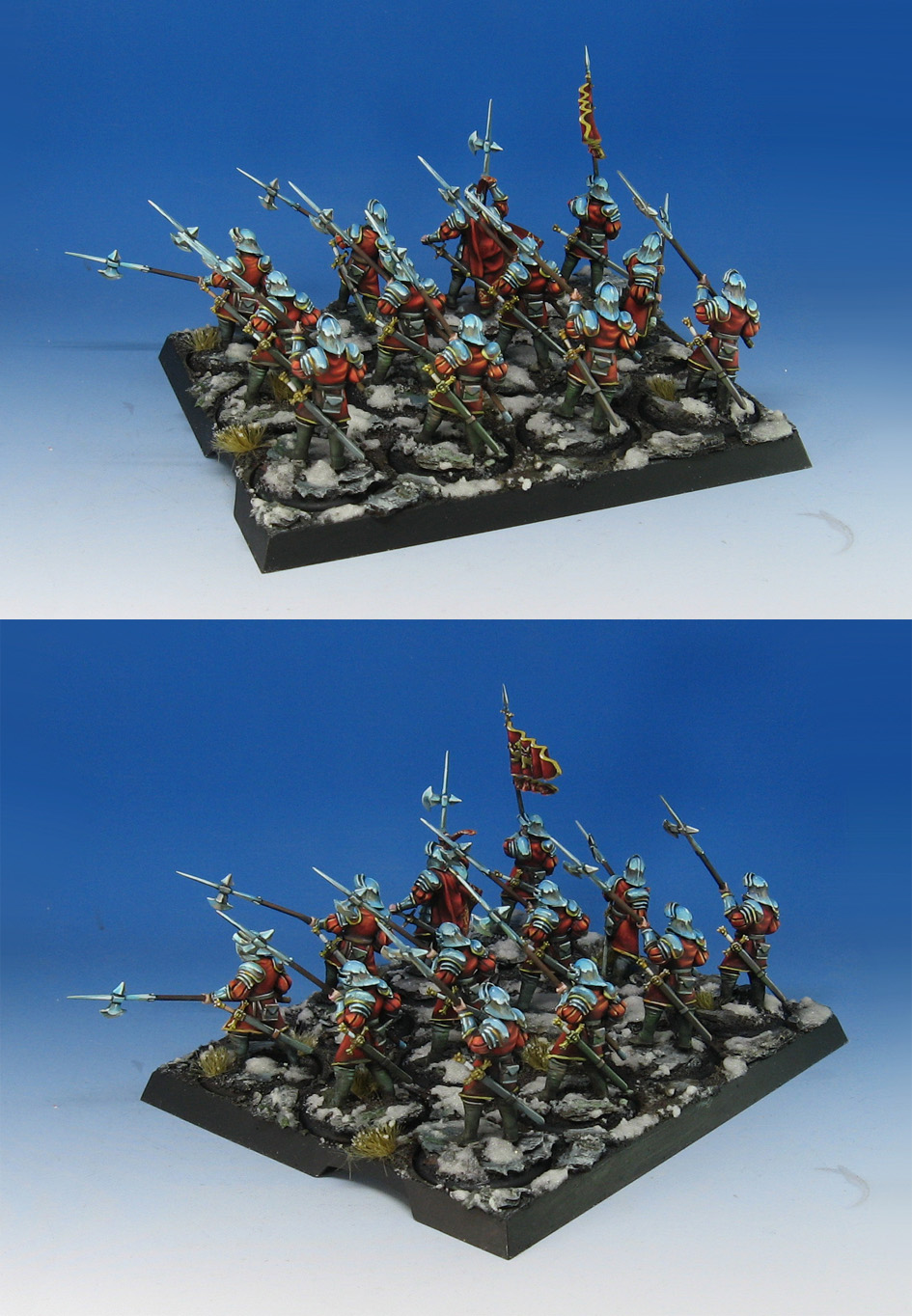 The final episode covers the completion of the Sky-Earth effect, along with freehand designs.

While it might seem incredibly difficult to create this look on an entire unit, it is possible!  The key is to set up the effect in those early stages, where the Shaded Basecoat happens. 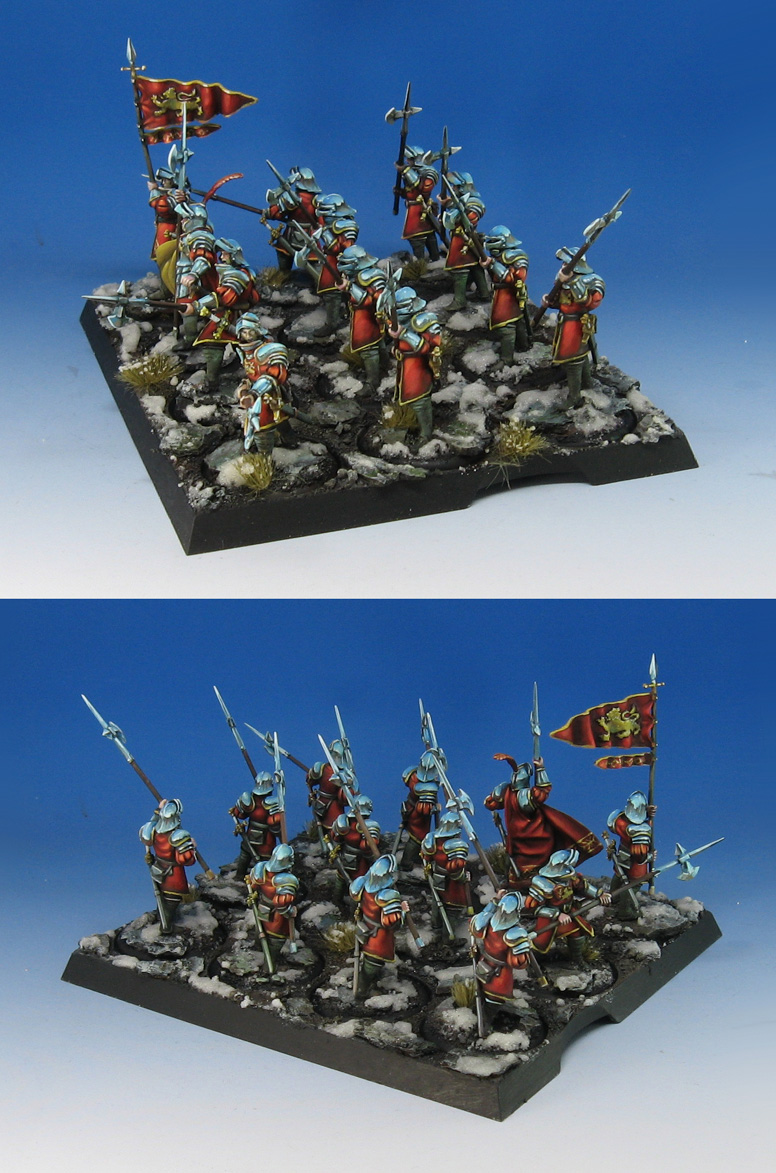 I am working on a very interesting video for the Lannister cavalry units right now.  Extensive freehand on cloaks and the barding of the horses in addition to plenty of gold and steel NMM will be featured! 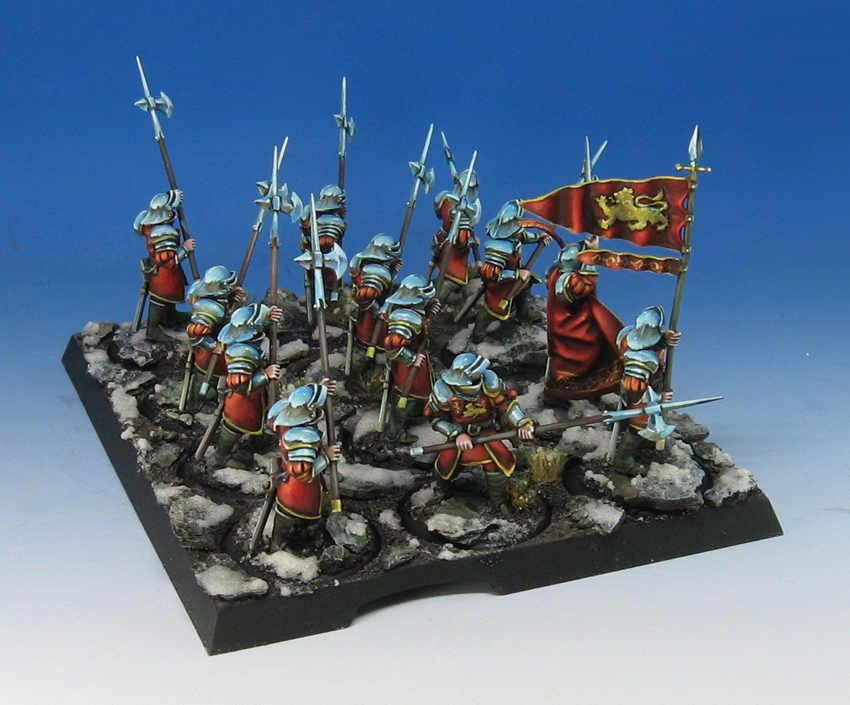 Here's a peek at the final segment of the series, where grass tufts and snow are applied to the bases and movement tray.  The entire series of 5 episodes is about 12+ hours long, and it covers all aspects of painting this Lannister Halberd unit.

I will be covering many more Song of Ice and Fire units and heroes in video tutorial form for the Patrons of my Patreon page.  Not only the rest of the Lannisters, but Starks, Knight's Watch and Free Folk!

The previous 3 Army Painter series have covered Age of Sigmar, Lord of the Rings, and Bolt Action.  I demonstrate many different effects, and various mediums. For instance, some of the Stark units will be done using oil paints. 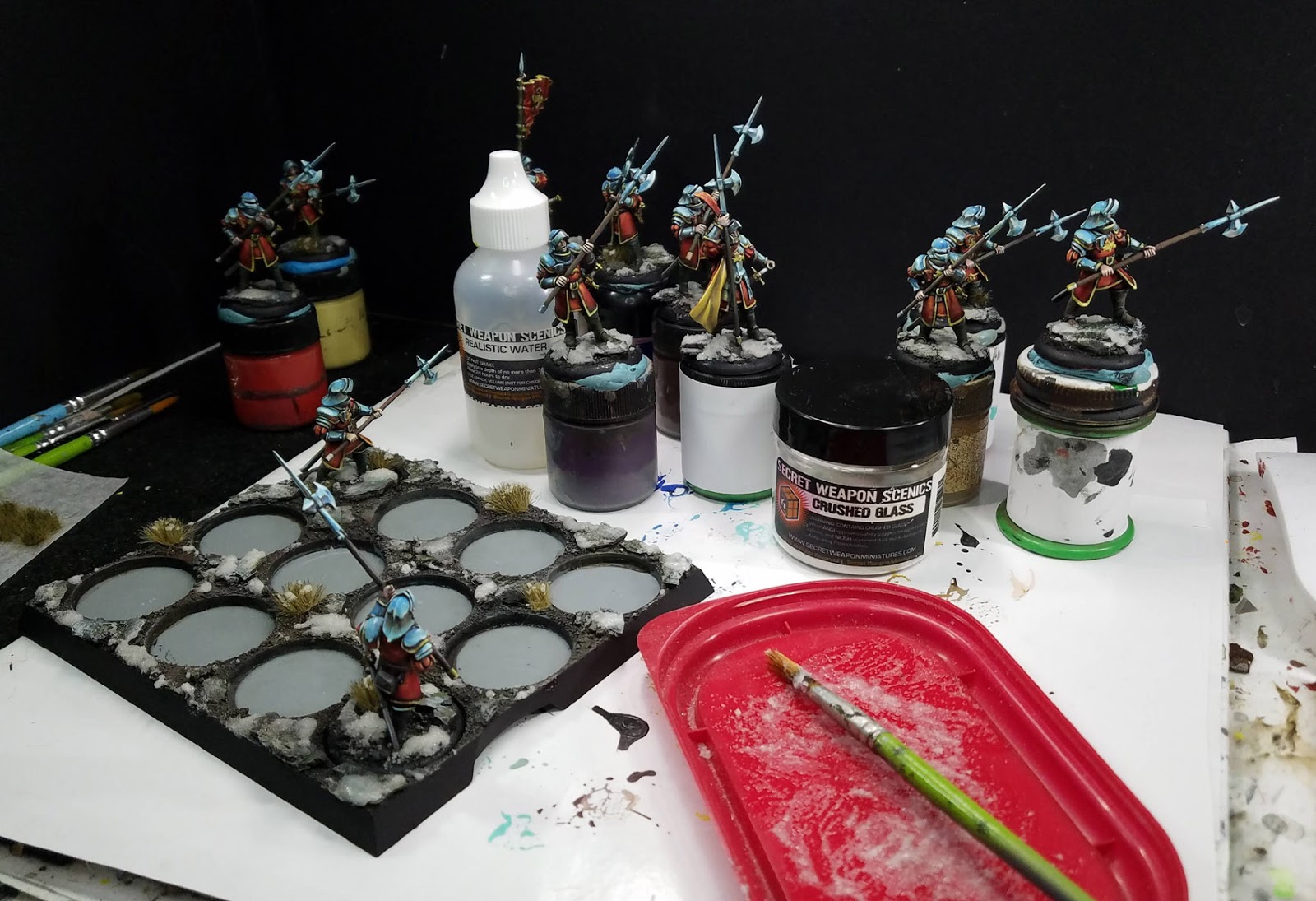 All five episodes from the series have been posted for the Patrons... they are available on the Army Painter pledge level for $15.  Here's a link to the page: 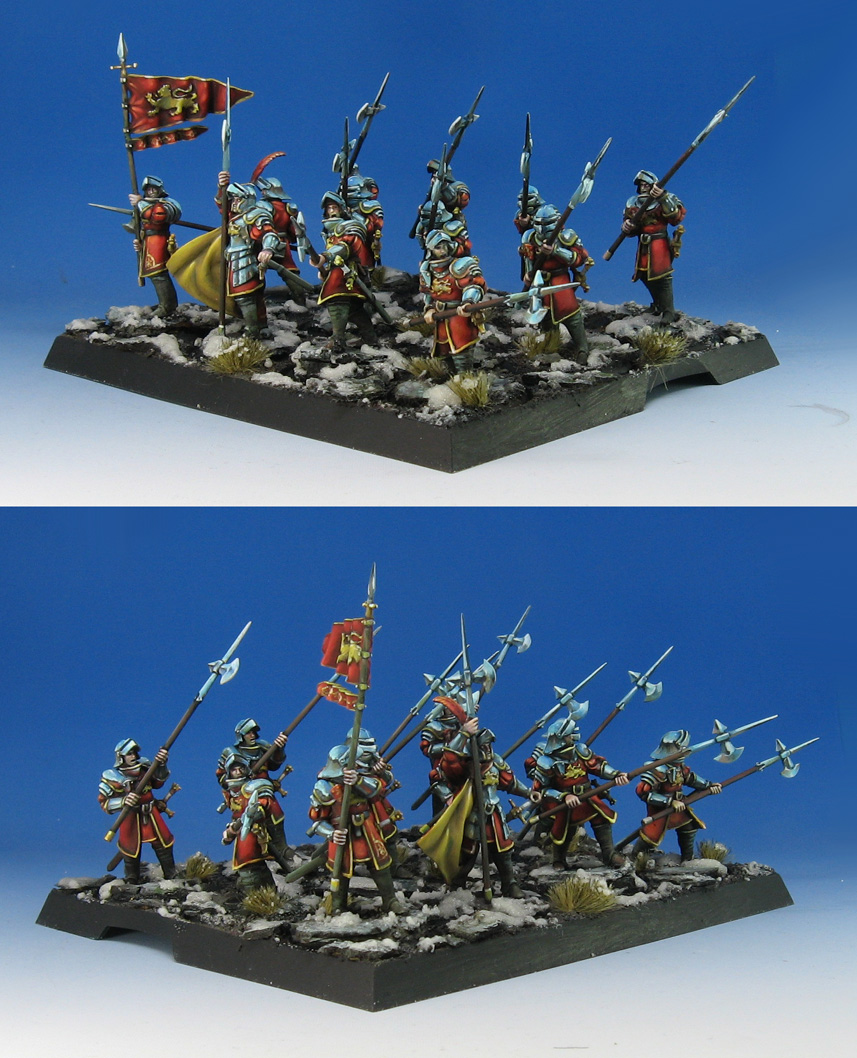 Posted by wappellious at 1:23 PM No comments: