The Nations go to War! 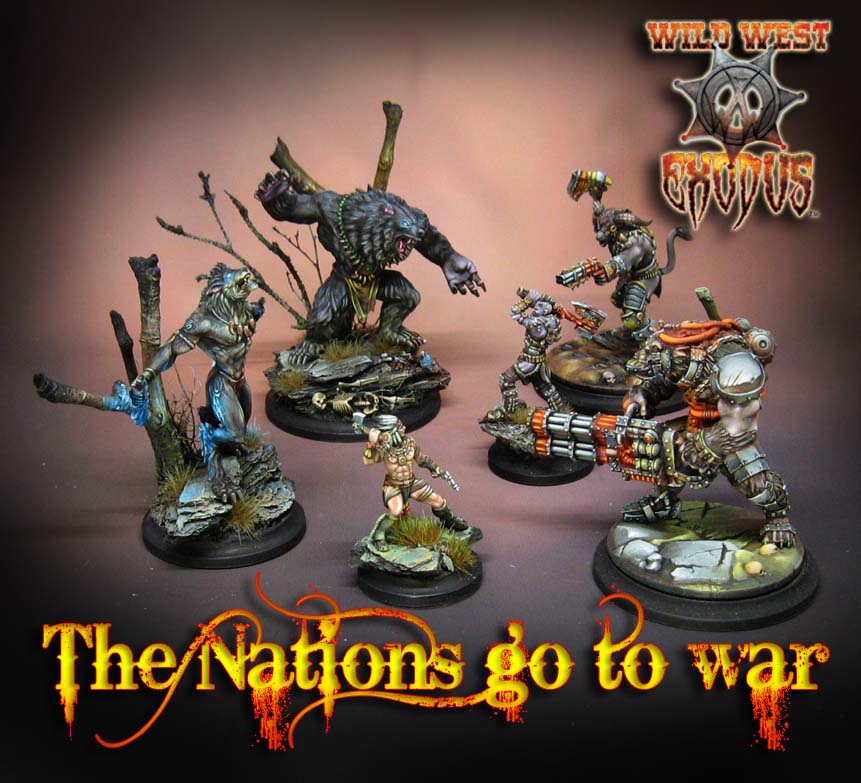 Now that I have gotten some of the Bosses and heavy support completed for the Dark Nation, I wanted to contrast them with their former bretheren... the Warrior Nation 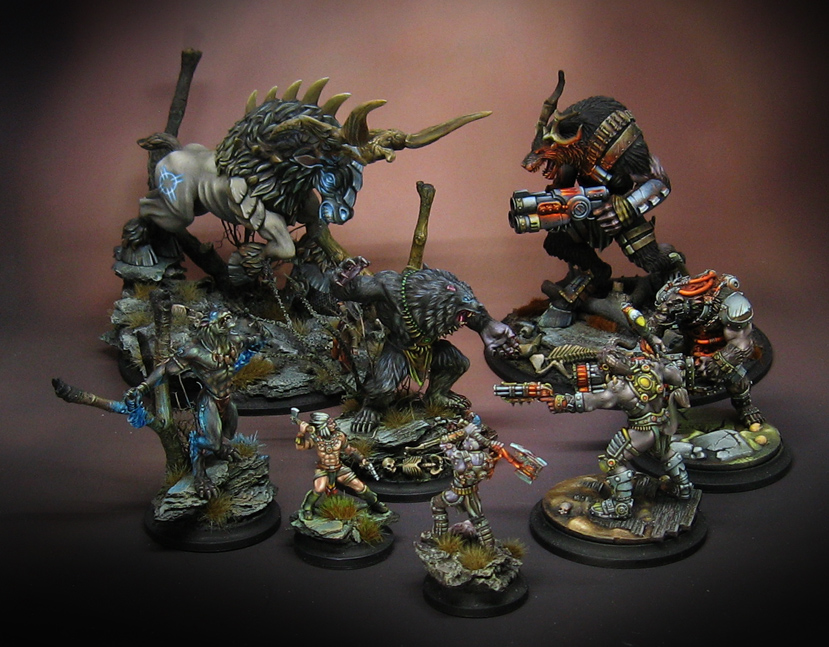 I have The Wendigo heavy support from the Dark Nation on the right, while the Great Elk, brims with the natural energies of the Great Spirit. 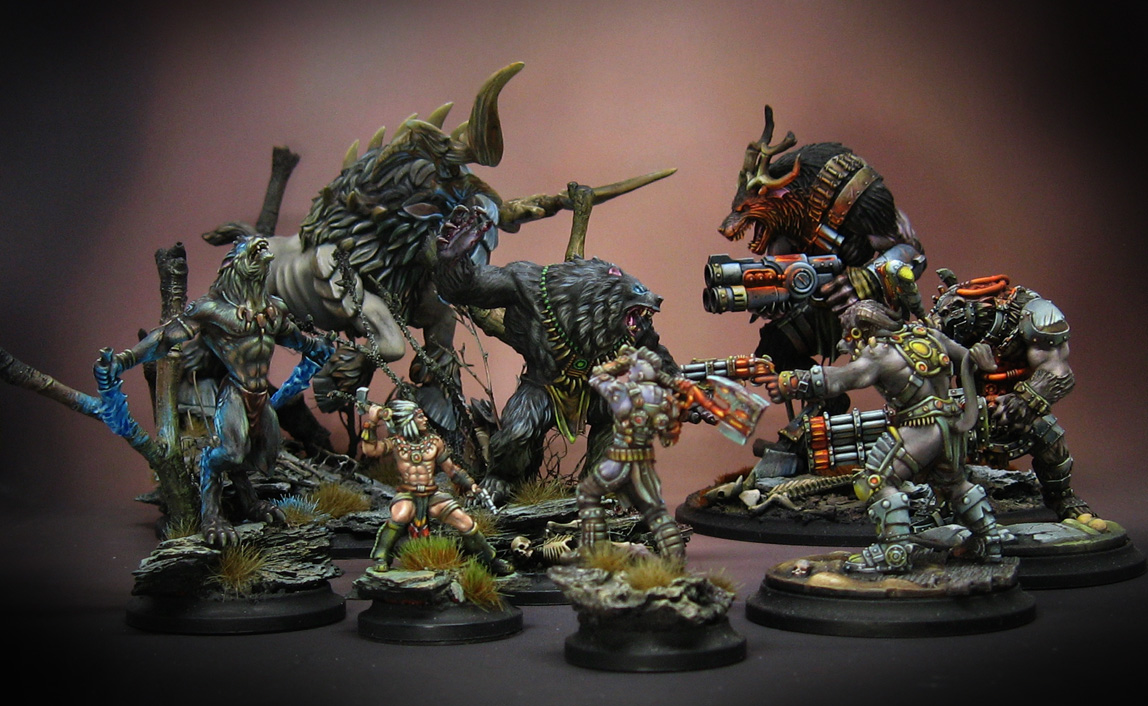 Great heroes of the Warrior Nation such as Geronimo and Sitting Bull face off against Big Horn and Avacano.  Right away, you can see that the Dark Nation have chosen to adopt the weapons of The Enemy, powered by the hated RJ-1027 power source. 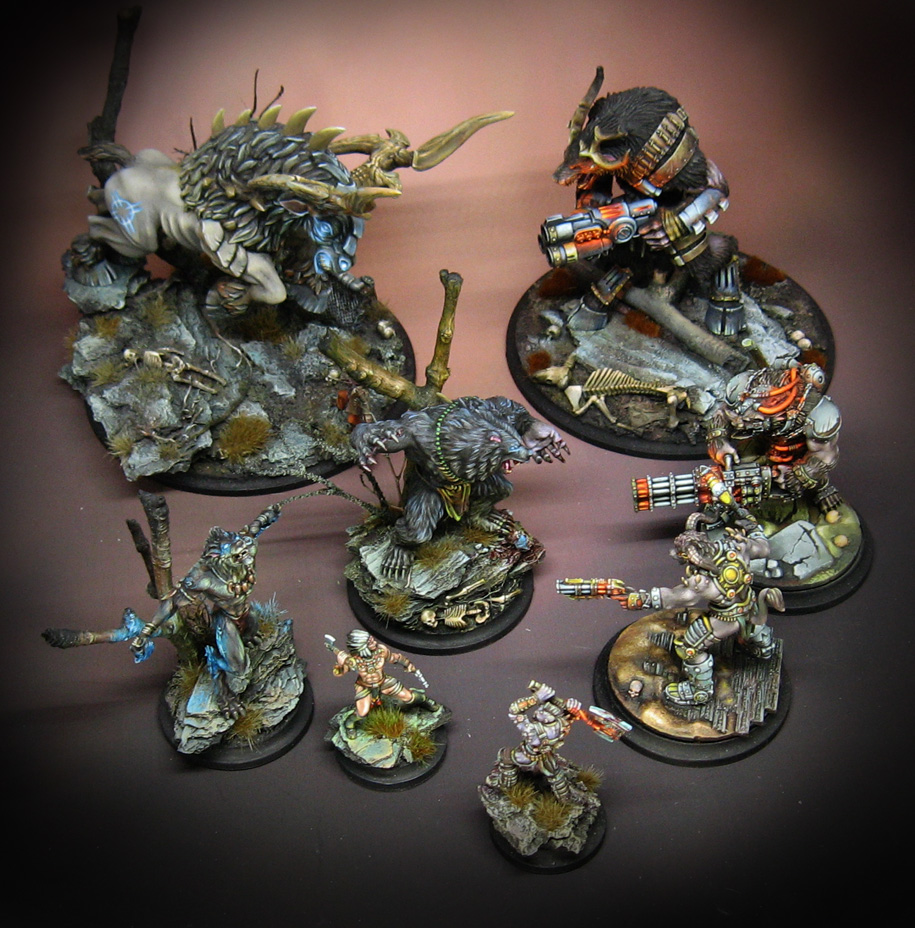 Use of such a power source corrupts completely.  Each of the characters from the Dark Nation shows this corruption in one form or another. 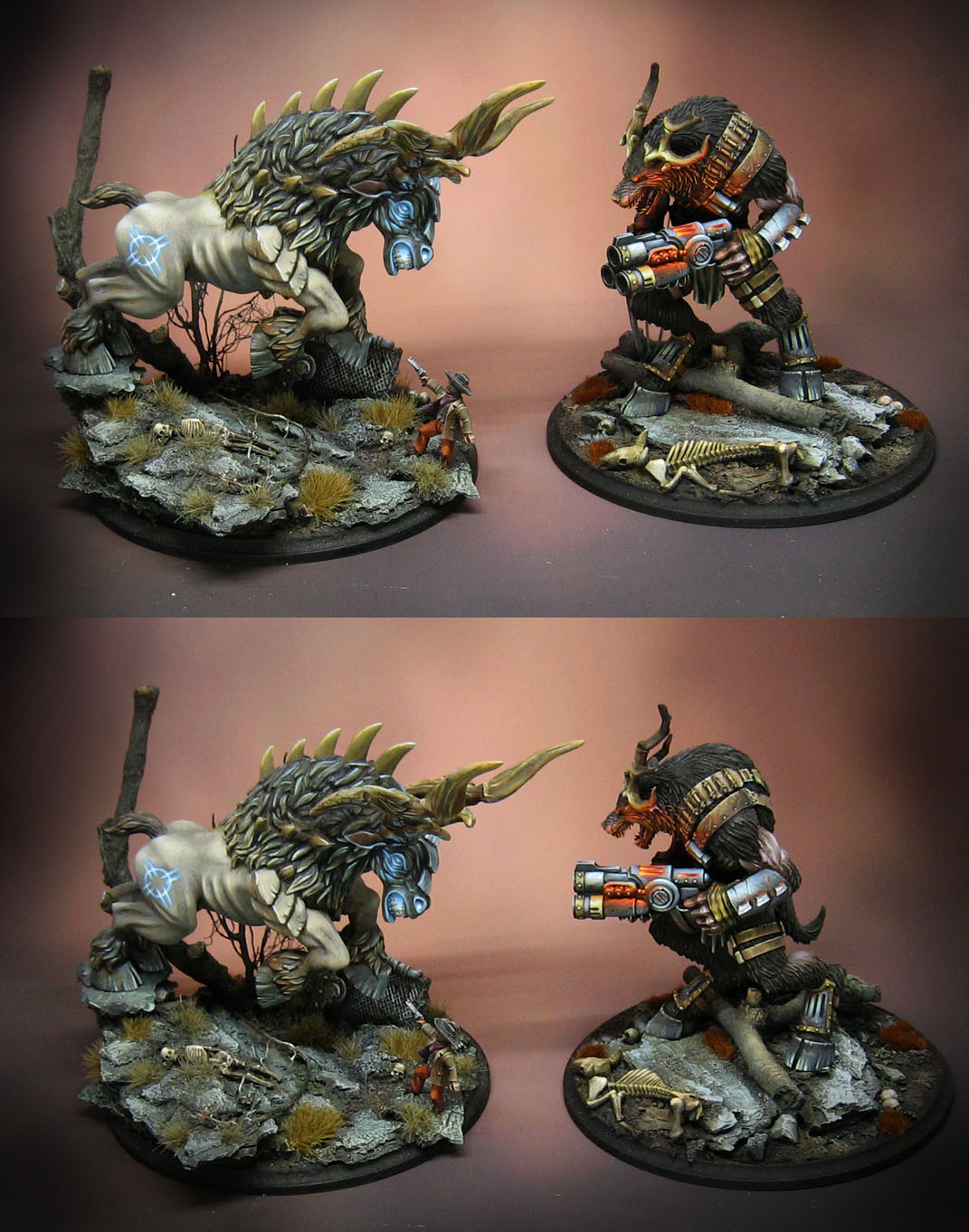 Sitting Bull and Big Horn square off in these images. 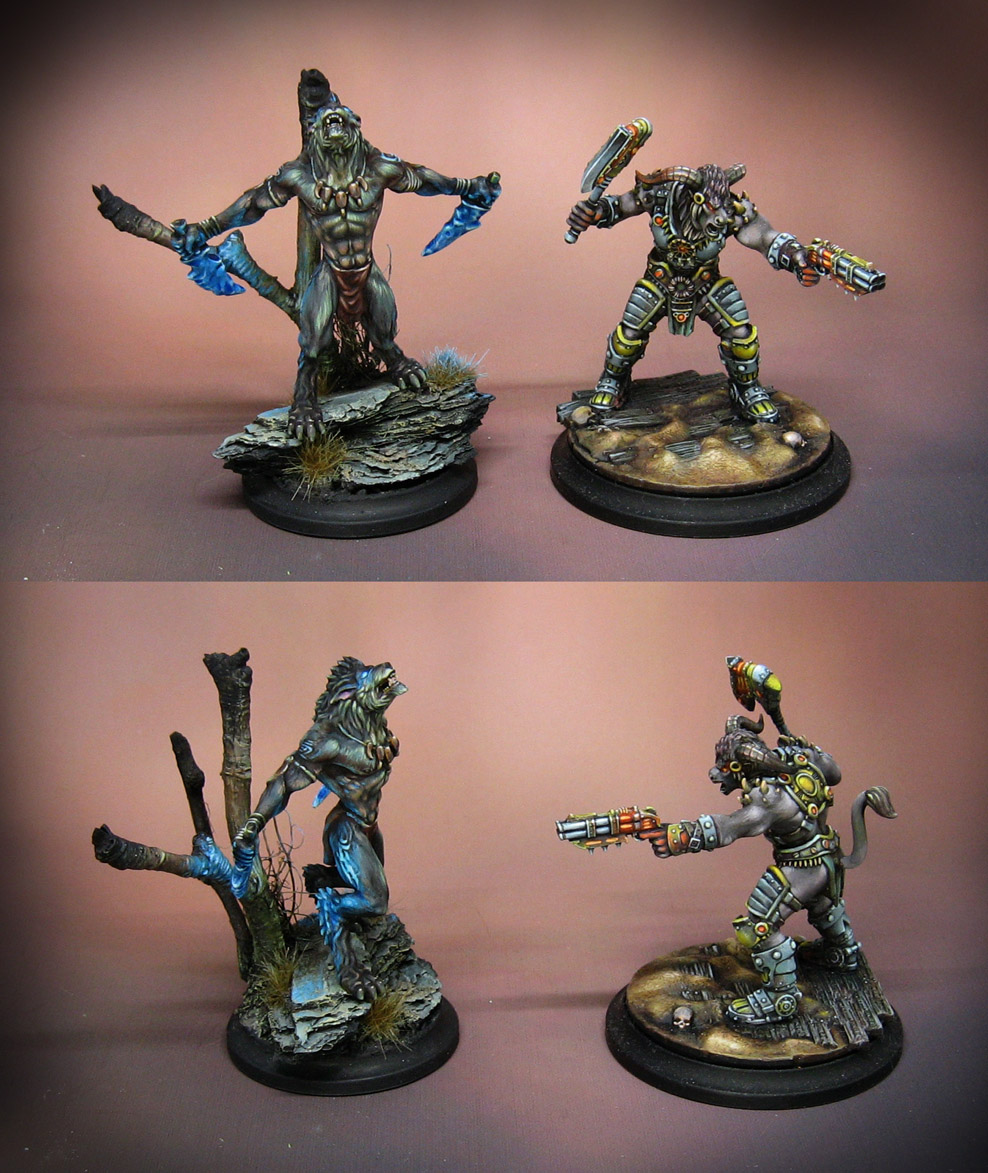 Geronimo will never use the RJ powered weaponry, choosing his own claws and his courage instead.  This is seen as foolhardy by the Dark Nation.  To turn the weapon of The Enemy against him can only mean ultimate victory! 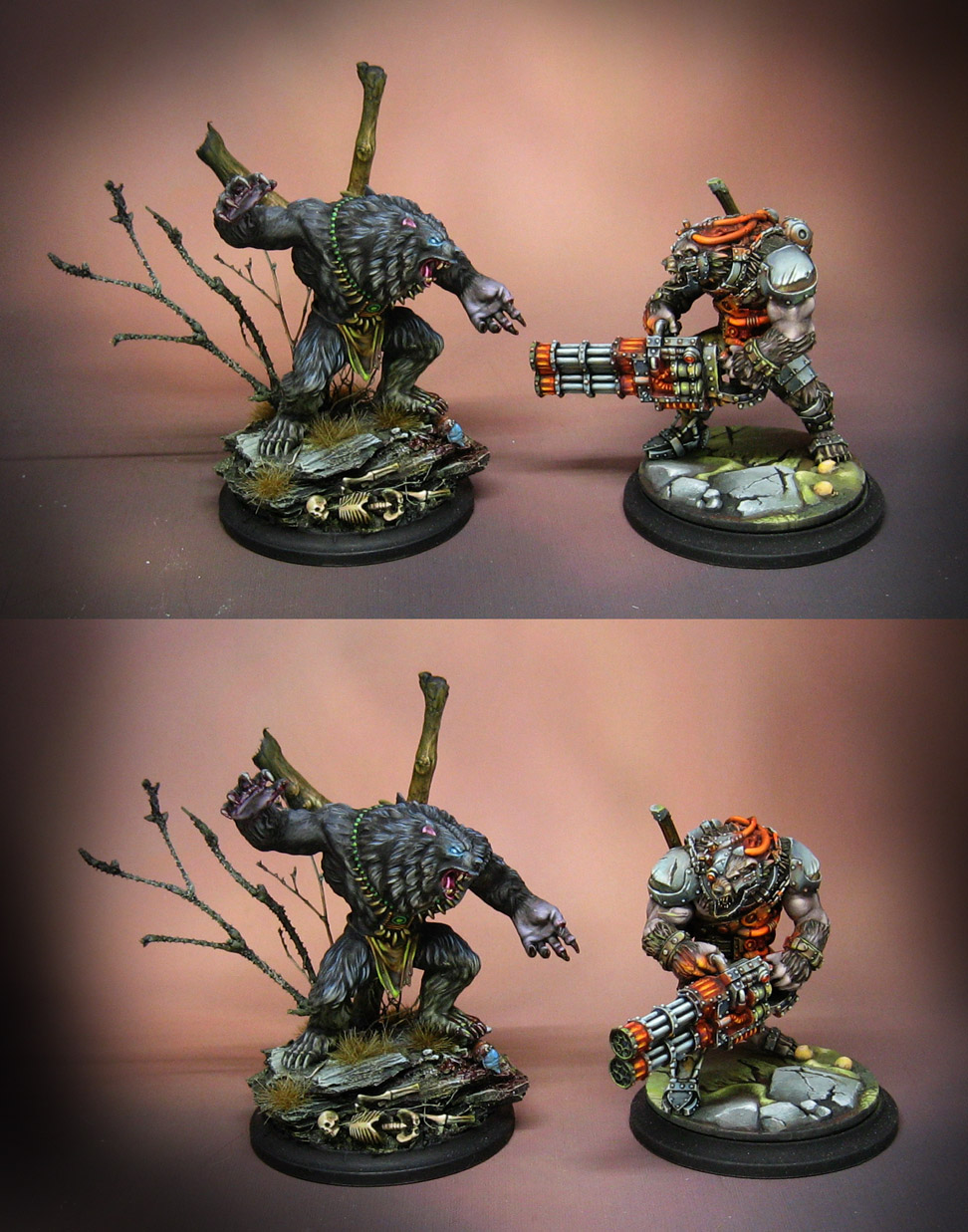 It's not just great warriors, heroes and beasts that have turned against on another.  Yes, even the braves and scalpers have become divided. 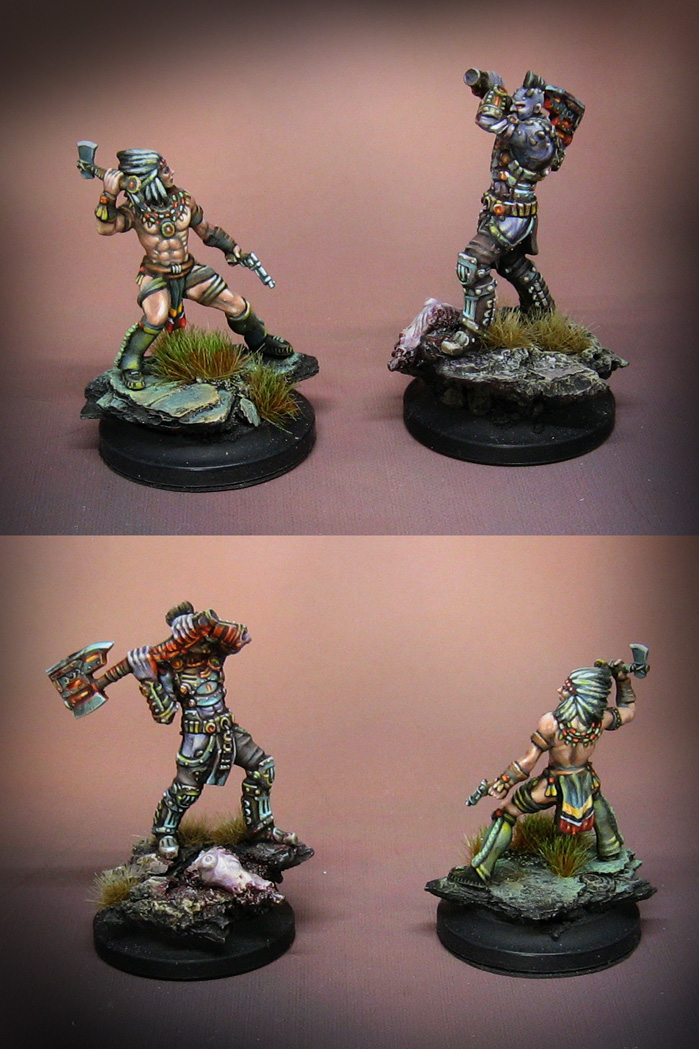 This conflict will likely grow far worse, and far more deadly!  Stay tuned to find out what happens... 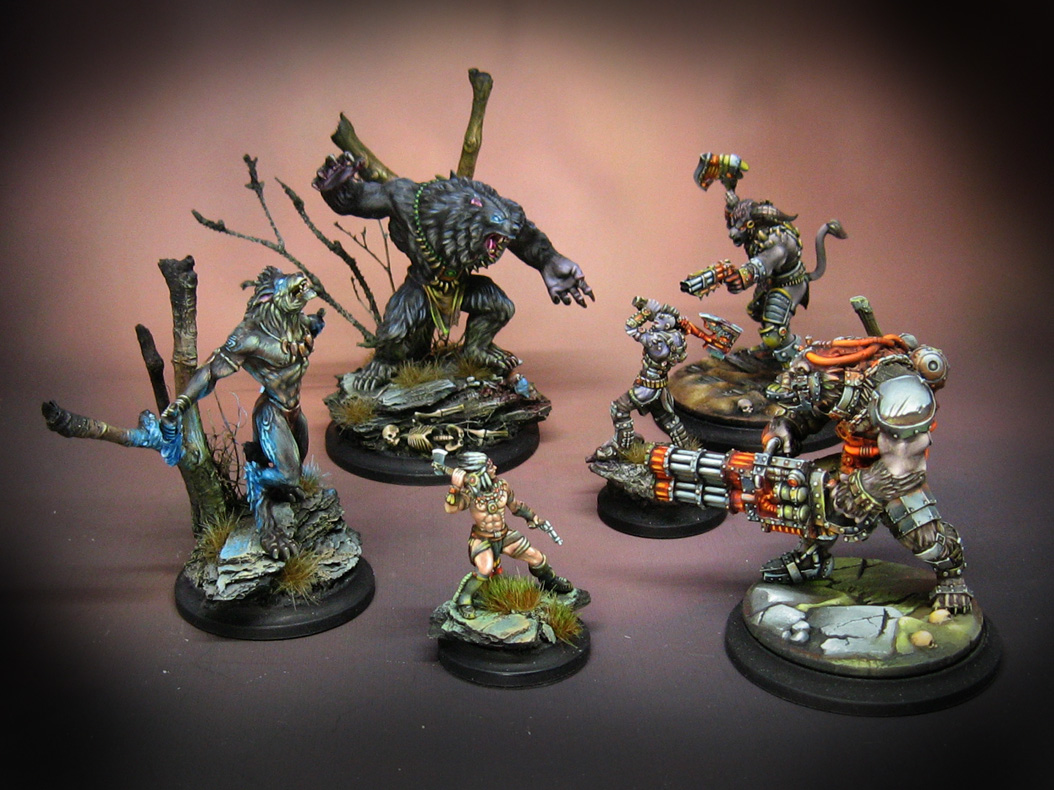