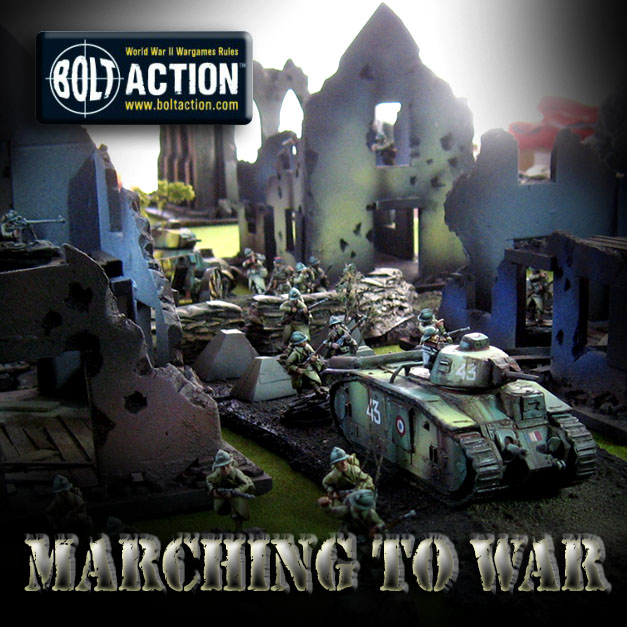 As you may have guessed by now, our little group of wargamers has gotten heavily involved in Bolt Action, with my first army being that of the French in 1940.

Exploring the world of 28mm World War 2 miniatures has been very interesting, to say the least!

I thought that giving it a try could yield some interesting new techniques and approaches to painting, since it is so different from all the usual fantasy and sci-fi miniatures that I have painted for the better part of 16 years. :-) 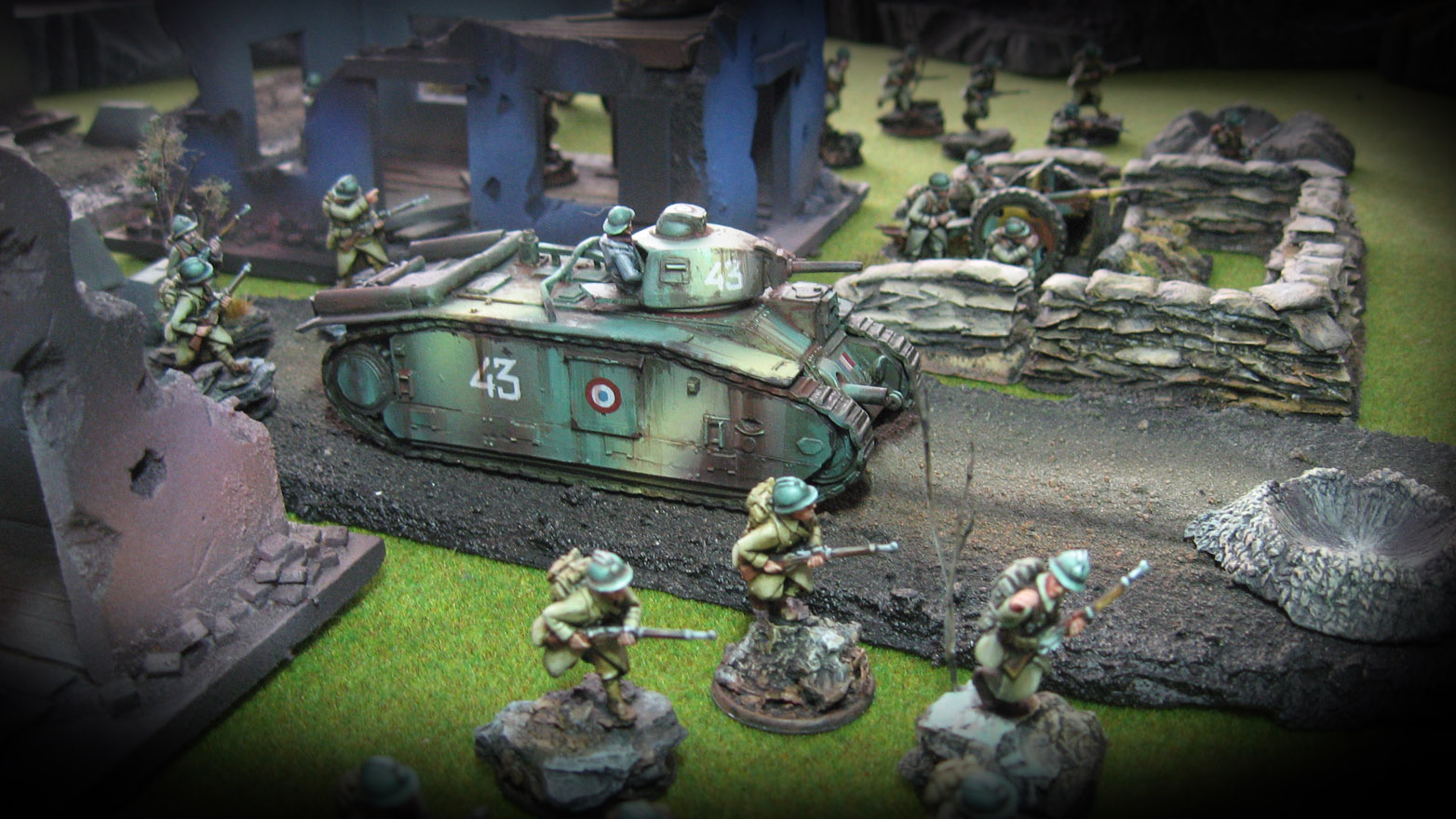 That has certainly proven to be true!  While each individual figure is probably not as dramatic as a typical fantasy style mini, there is a very different character to them, and even the basing becomes a very specific task... creating the correct setting. 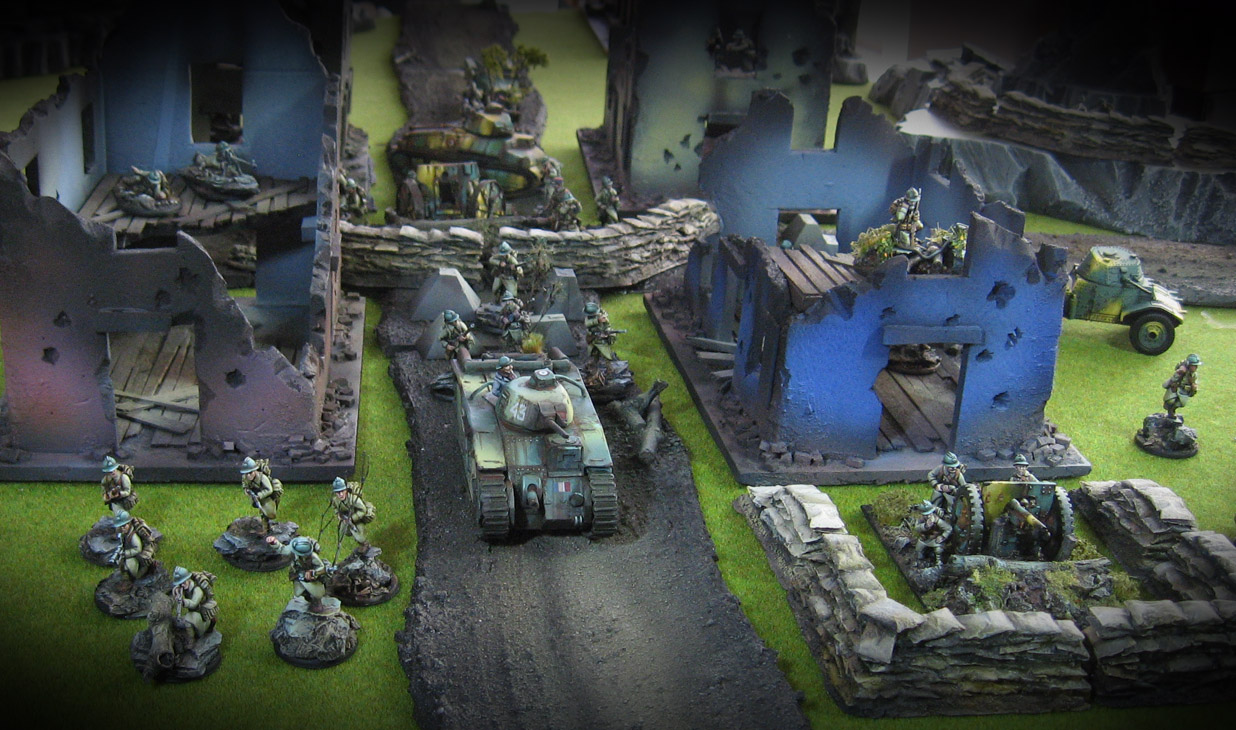 Of course, each army of all the different nations involved will require new thinking, as I work my way through desert, snow, and urban environments. 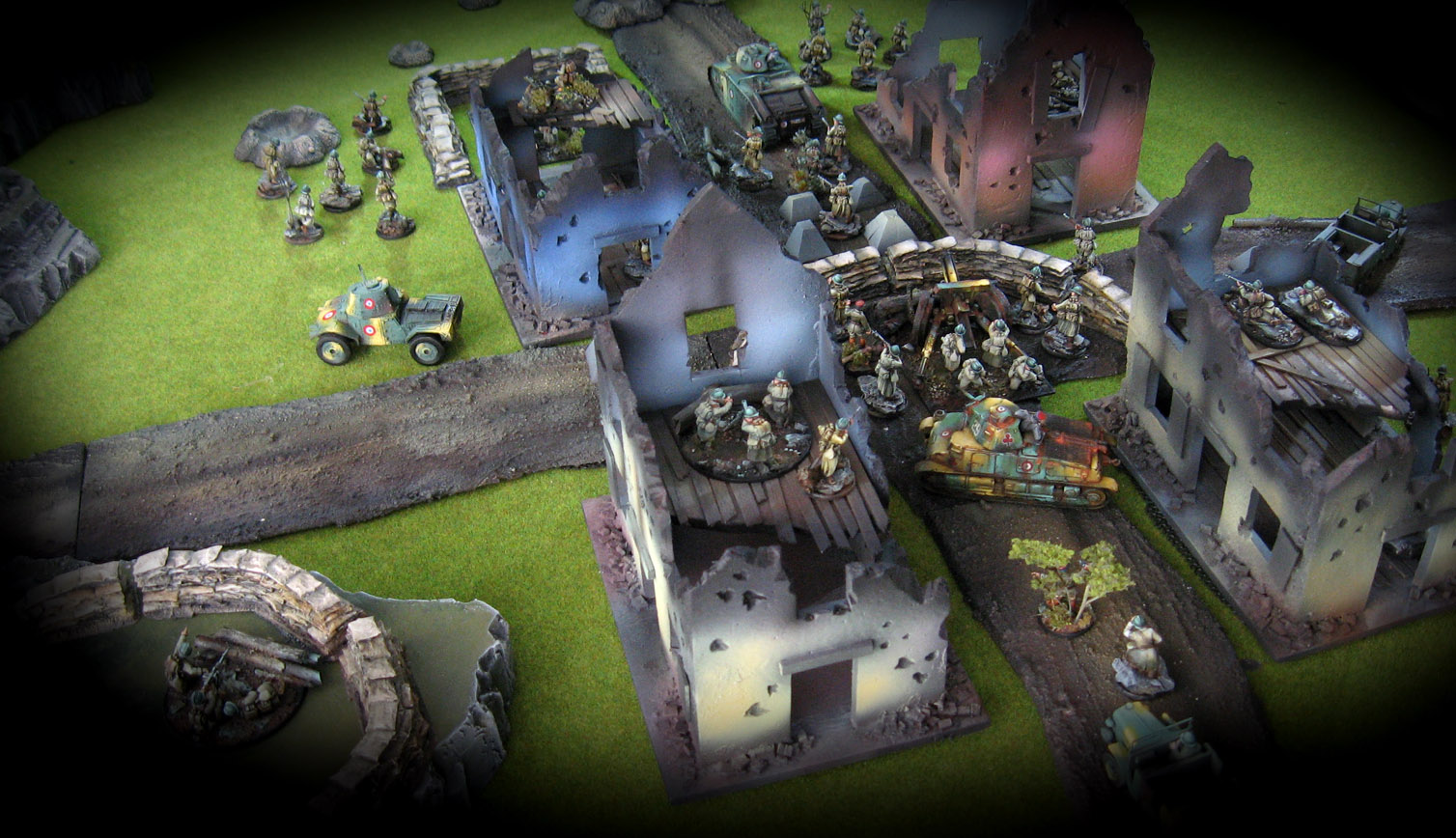 These also have to tie into the "theatres of war", in which a given force will be fighting.  As I began working on the French, I had to figure that I lot of the action would be happening in woods and in smaller towns and villages. 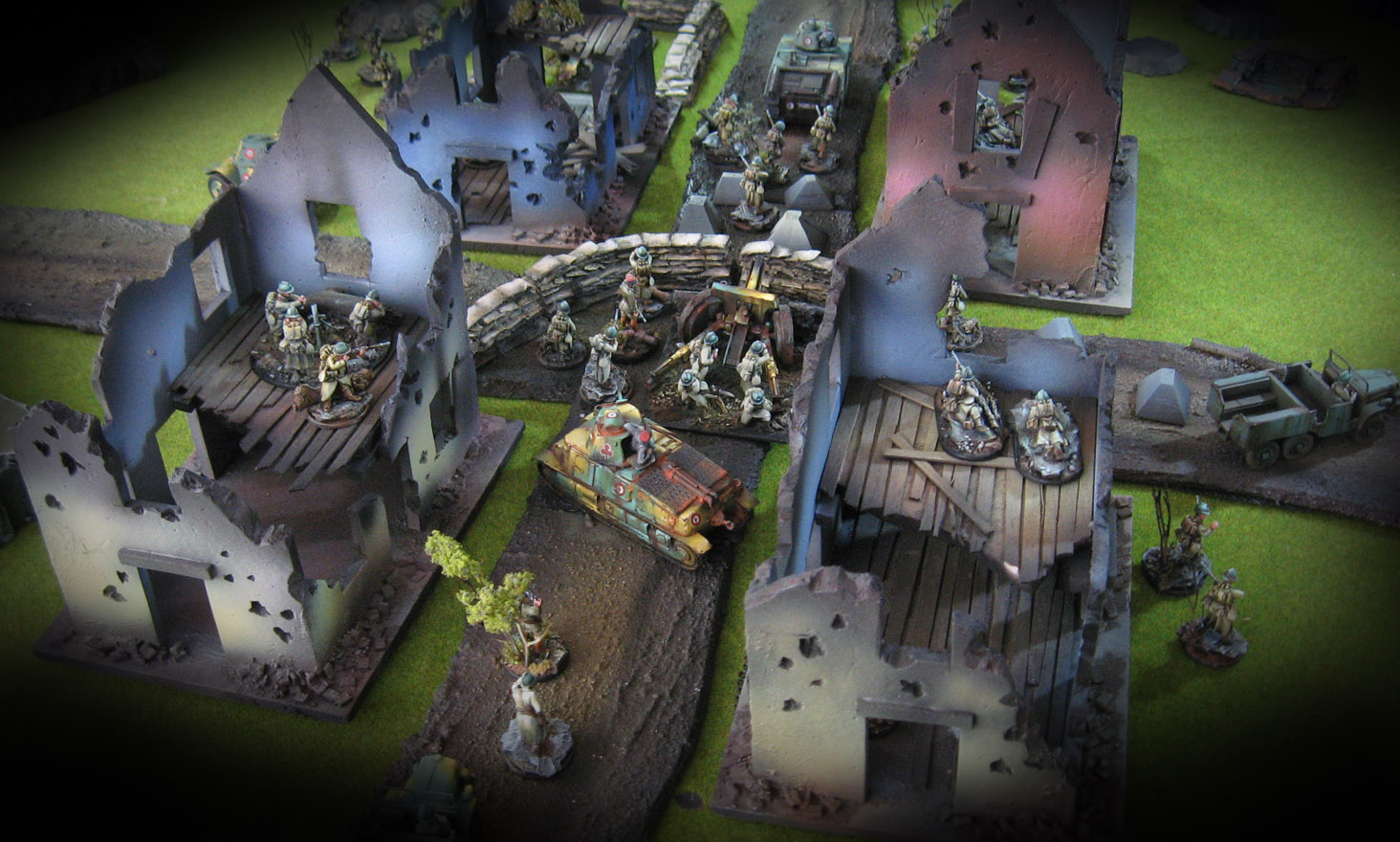 As a result, I had to come up with a more generic woodlands style of basing.  However, I do look forward to trying out urban (Hungarians) or jungle (Australians) environments in the future!  Hint hint of upcoming armies (Russians). 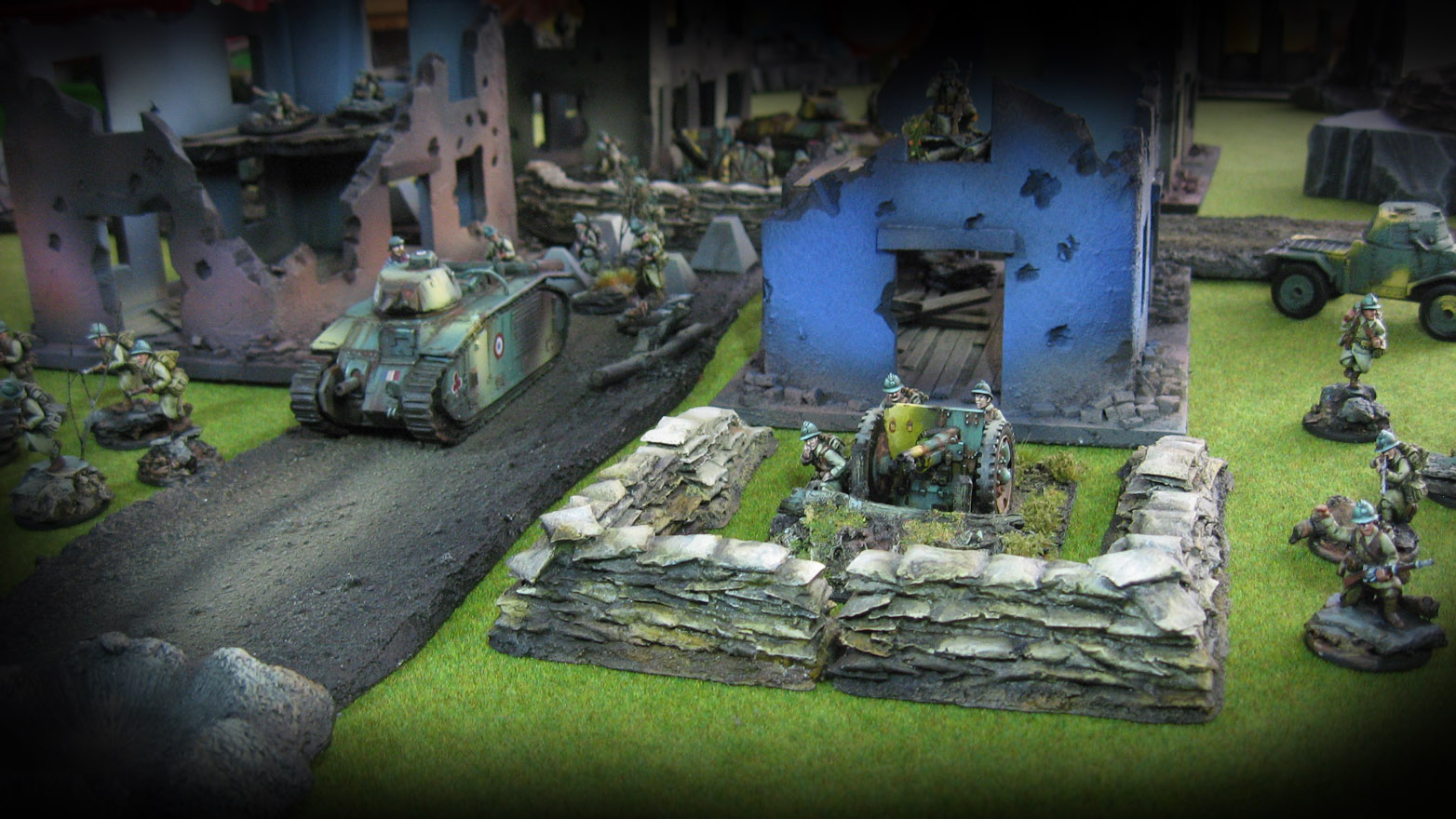 Of course, having armies that are actually going to be in active use is great!  We have done a few test games thus far, and each one has taught us a lot.  Even the kind of terrain that was needed evolved as we learned the game mechanics.

For instance, the ruined buildings which you saw in the two part WIP posts had a very specific point in mind, and that was to create four unique buildings, each of which influence a battle in different ways. 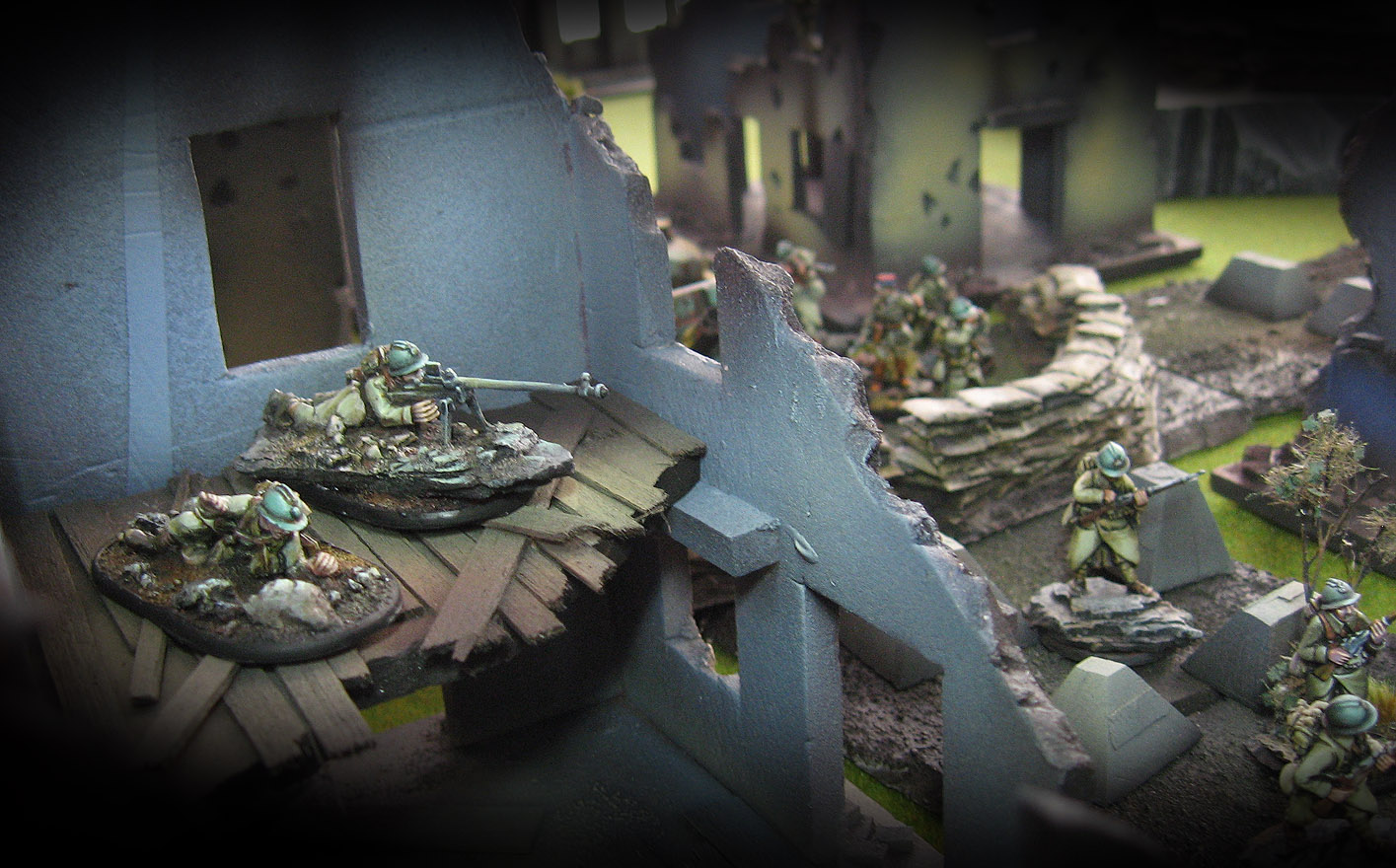 As we discovered more about the game, we started creating our own scenarios, making various combinations of victory conditions and point scoring methods.  Moving away from "standard missions" as soon as possible is our usual preferred state of affairs. :-) 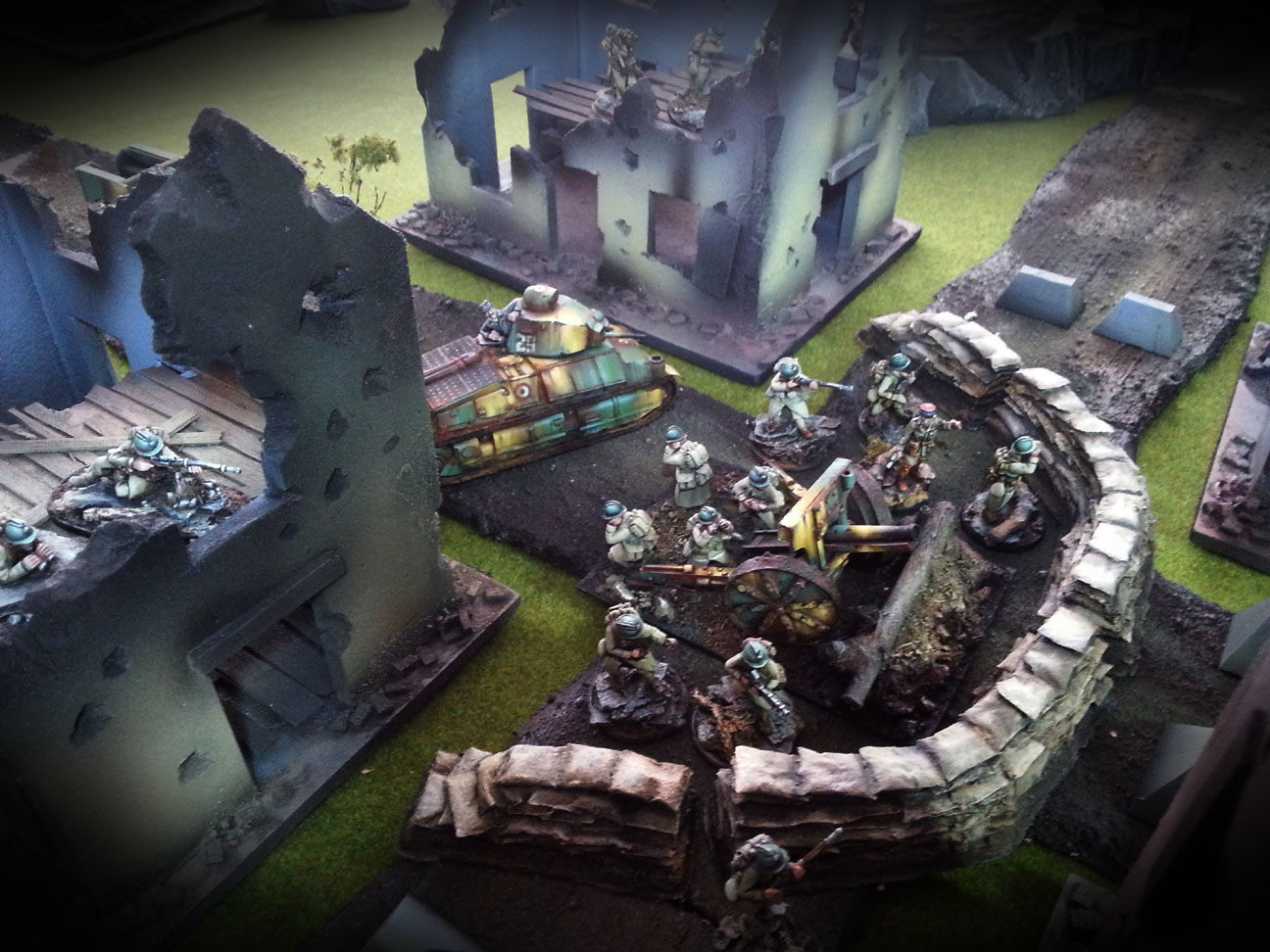 I have painted a huge number of vehicles over the years, but those have been sci-fi or steampunk, which are of a more fantastic nature.  Working on vehicles that you have seen in person or studied for years has been a whole new adventure!

I remember how odd it was to be holding such vehicles in my hands for the first time. 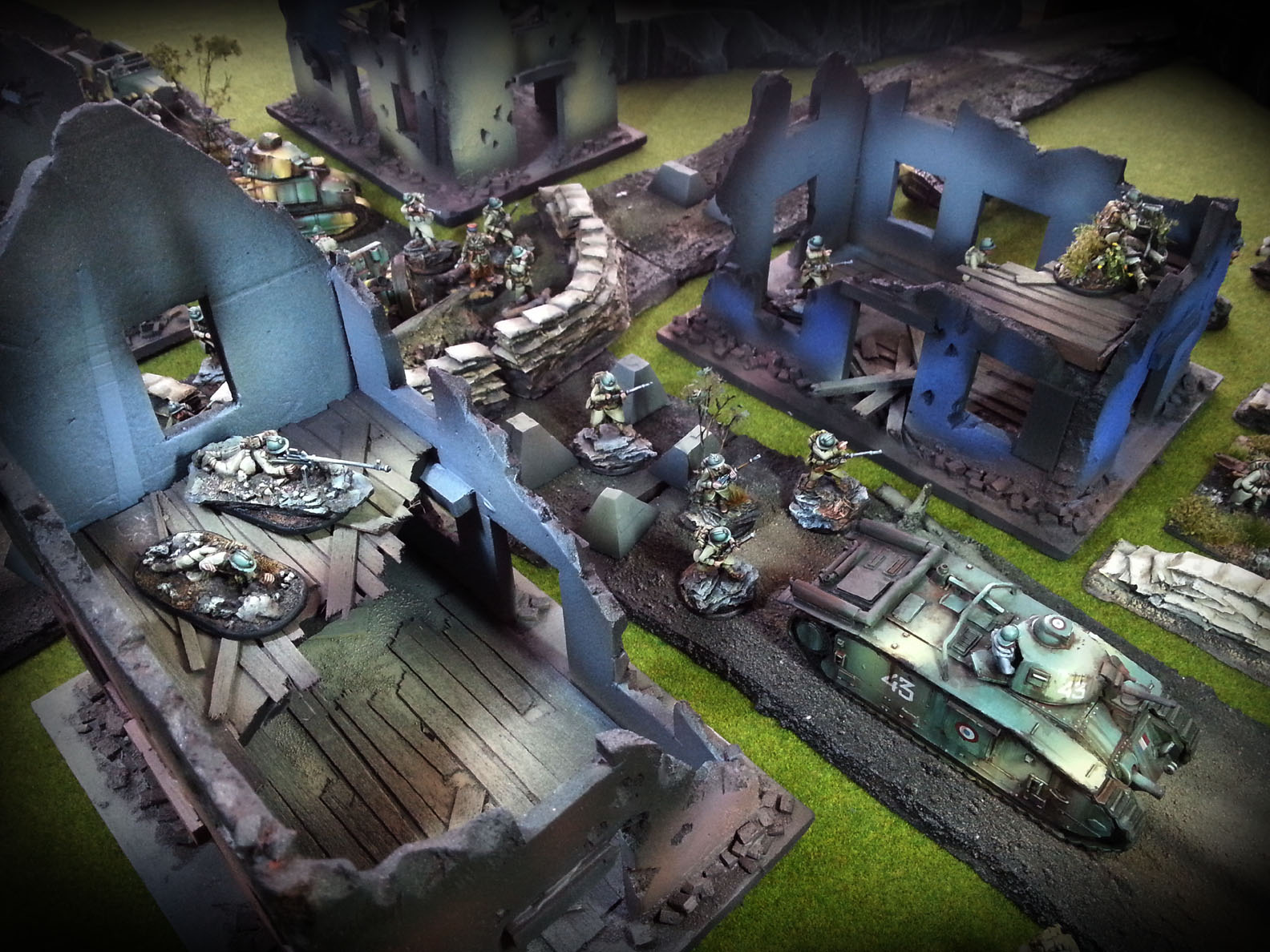 And this is just the beginning!  All of this is in its infancy, as I will be working my way through the French army for a while prior to branching out.  Many more blog posts will be coming, showing infantry and vehicles alike.

Eventually I want to do Google hangouts as I work on the figures.  Only a few are completely done... most are in a variety of stages. 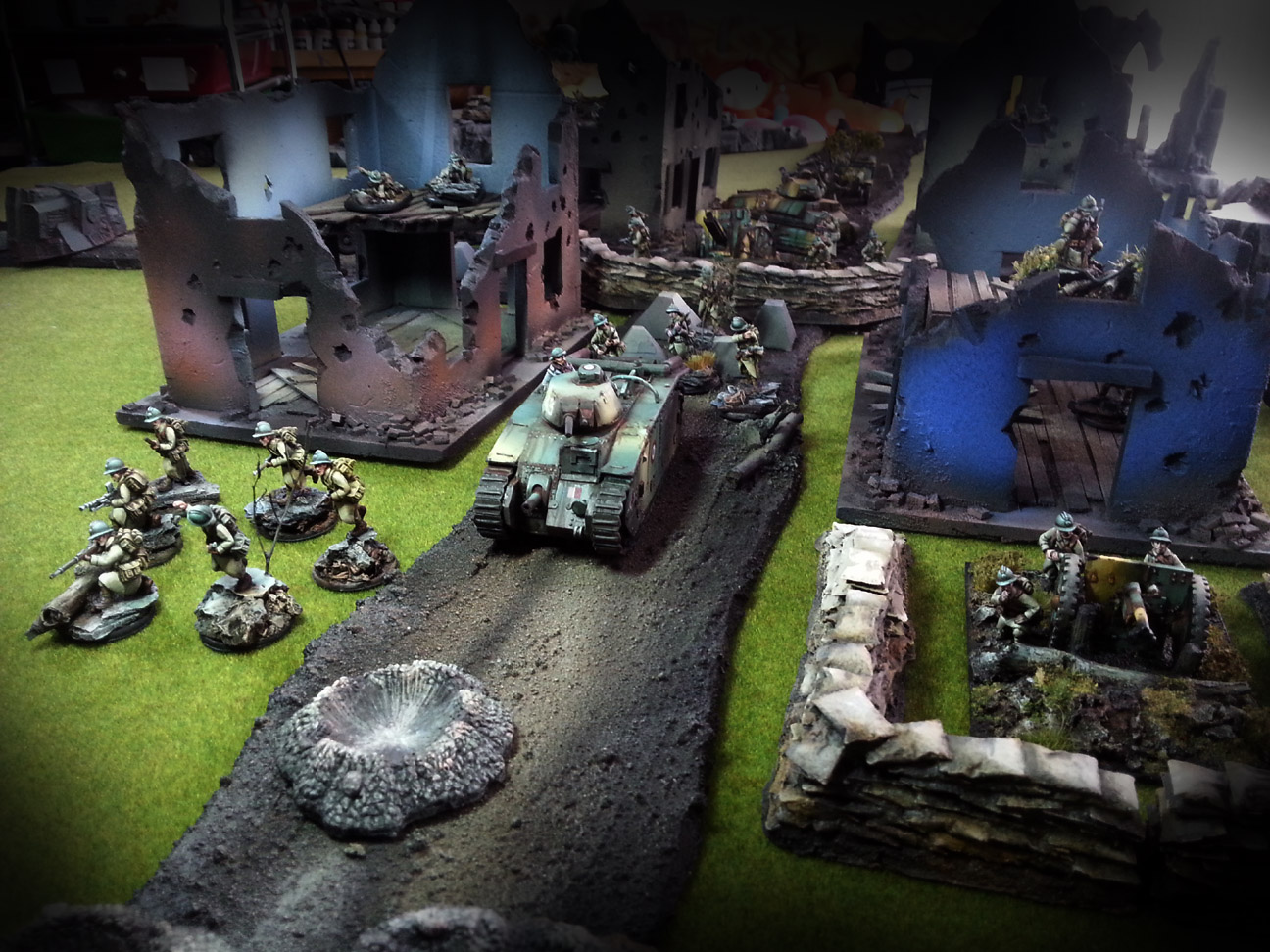 This is partially due to circumstances, as I work on things when I can.  Since more of the 'regular' figures I work on are using very similar colors, I can sneak in more of the French here and there.

For instance, if I am weathering a base, or a sci-fi/steampunk vehicle, all of the colors and materials I need are right there on the palette.  In this way, I can keep the line moving, even if it's just a tiny bit here and there.  This certainly goes for painting bases, skin tones, and so on.

That's the advantage of having so many things in operation at once. There is bound to be multiple things which require a given color or technique at one time or another! 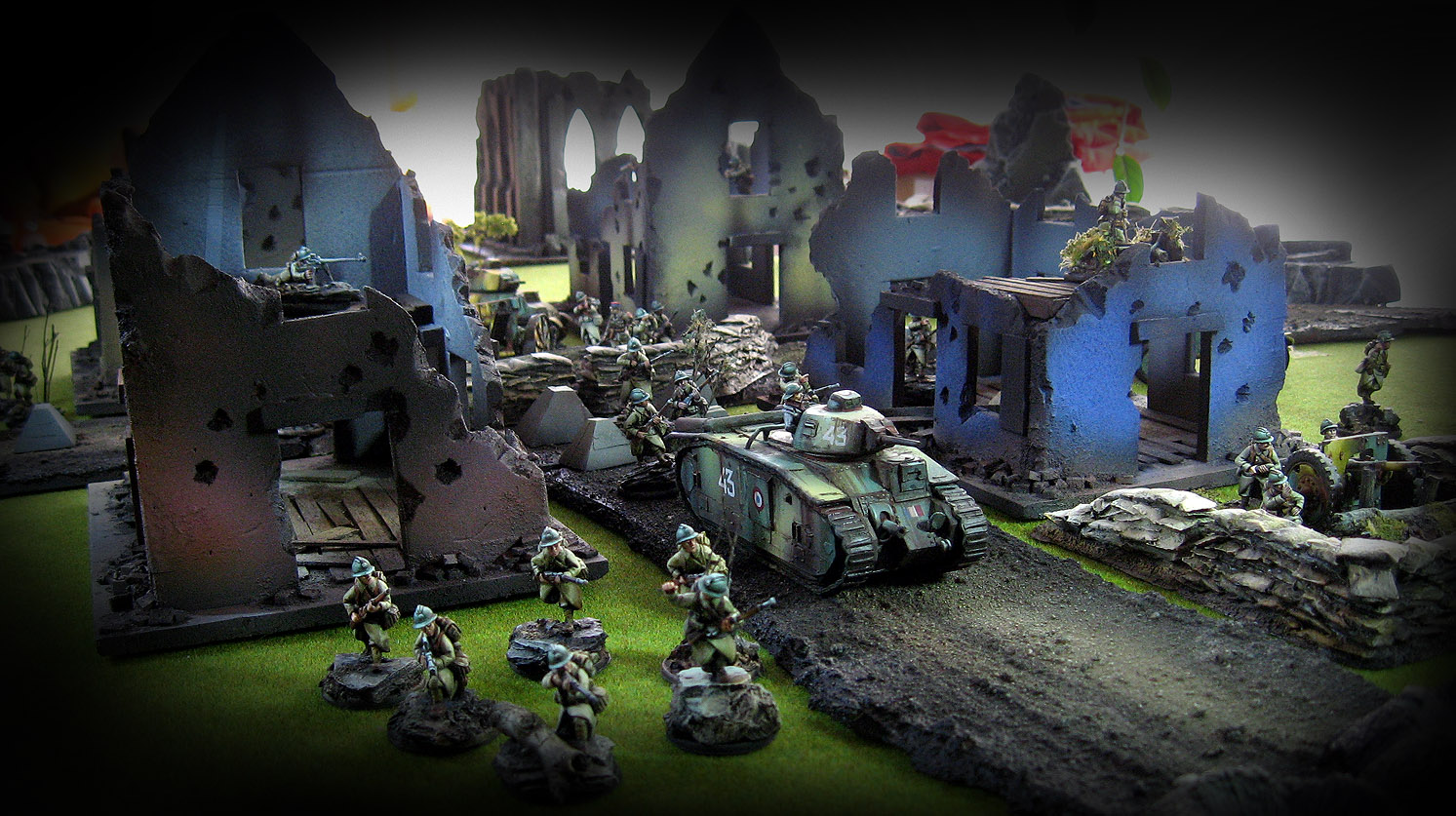 Did I mention playing games?  Yes, I did.

This means having those cubes with dots.  I was fortunate to find Dice of War, from the land down under, who make an enormous variety of very fine dice.  Of course, you just gotta have dice that match your armies, so I had to have some too!! 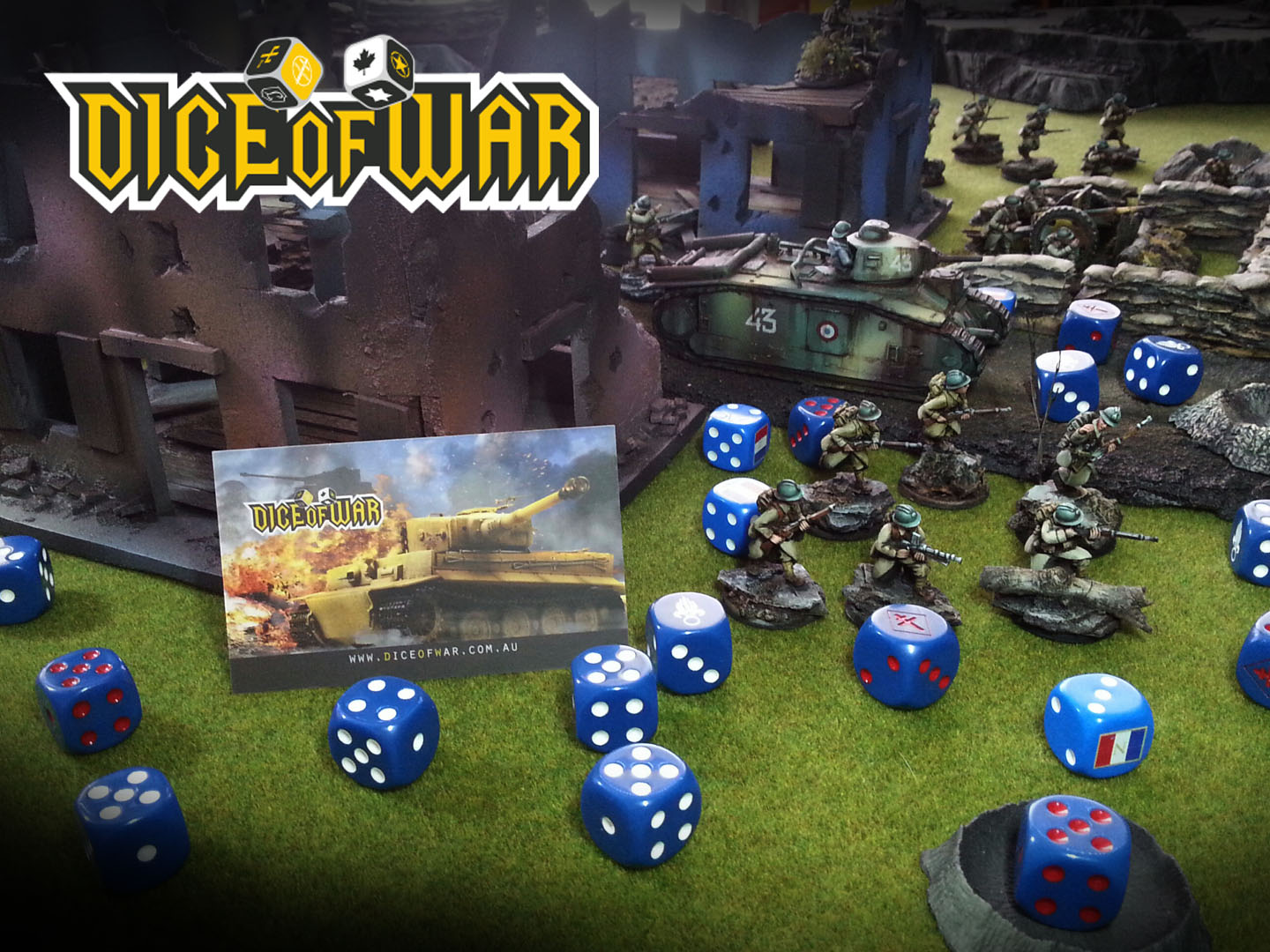 And now for a link to the DoW facebook page: 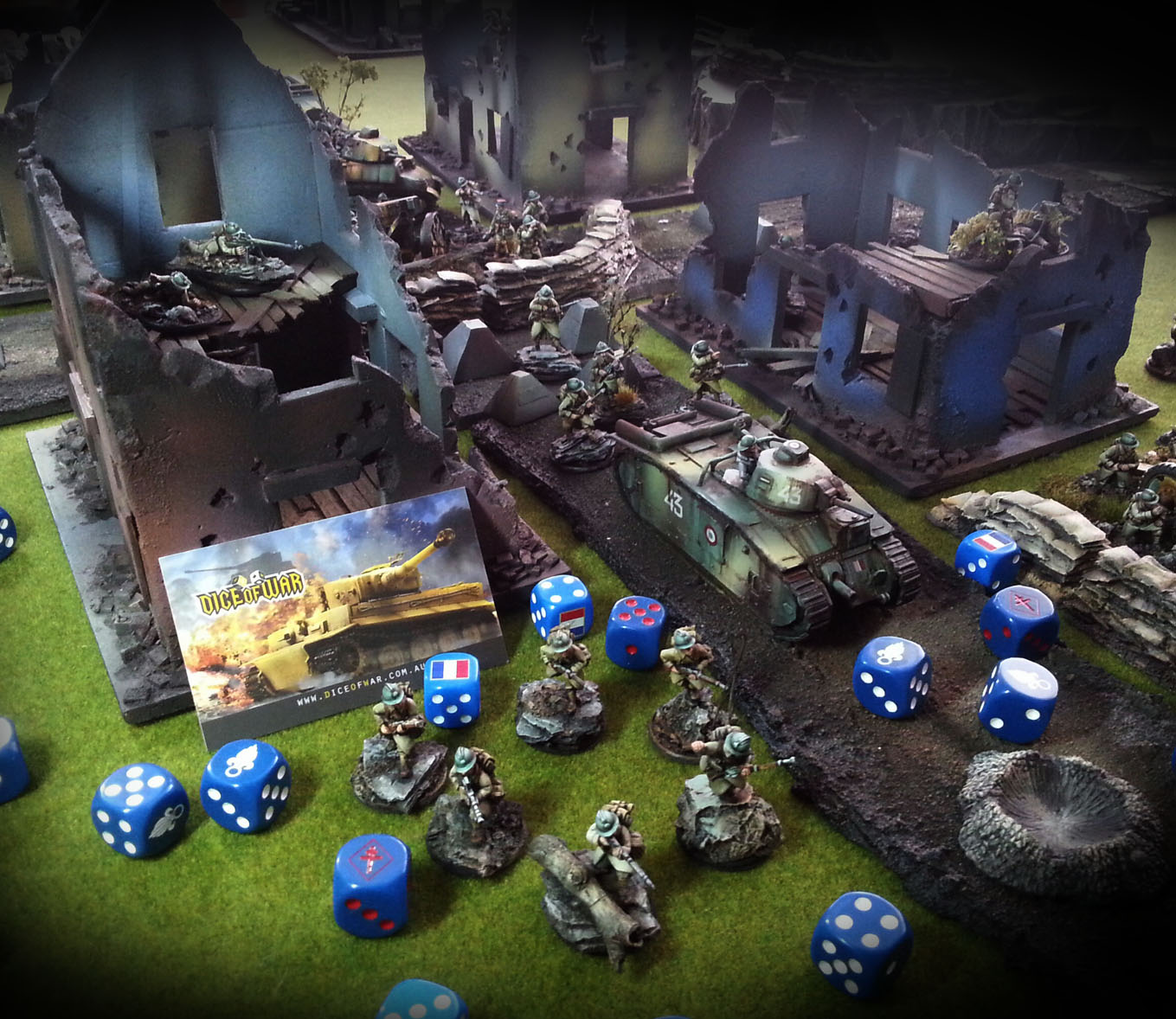 This is a small thing, but one element that strikes me as the most unique of all the differences from previous experiences will be painting trucks and other vehicles of that nature.  I have never painted those before, and they are quite prevalent in Bolt Action. 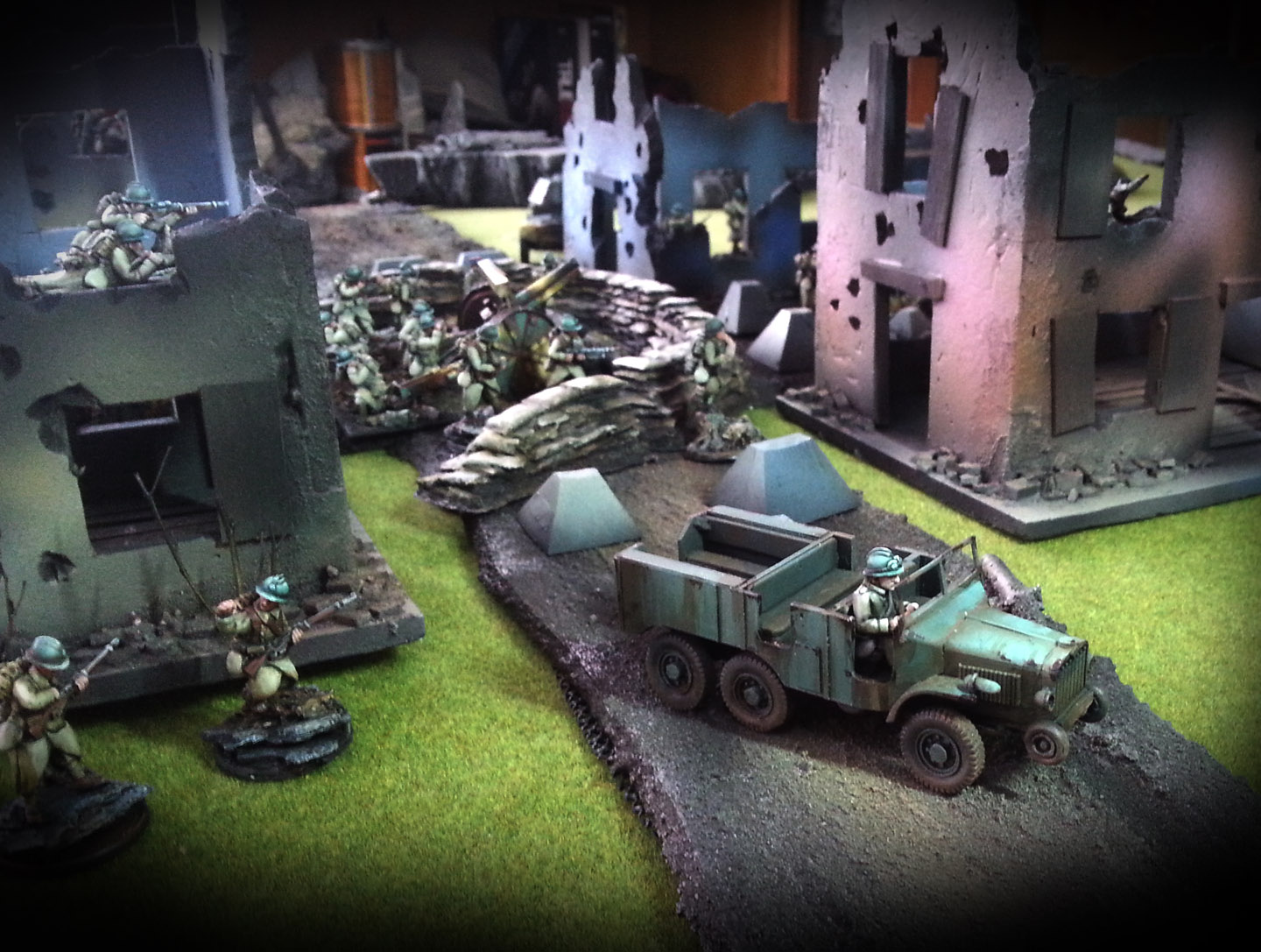 I already have a number of Laffly trucks, and each army that I paint will require their own types as well.  While that might sound mundane at first, painting these is every bit as much fun as working on tanks!!

Once again, there is no shortage of new adventures to embark upon!  Stay with me as I continue to explore the World At War, in 28mm. 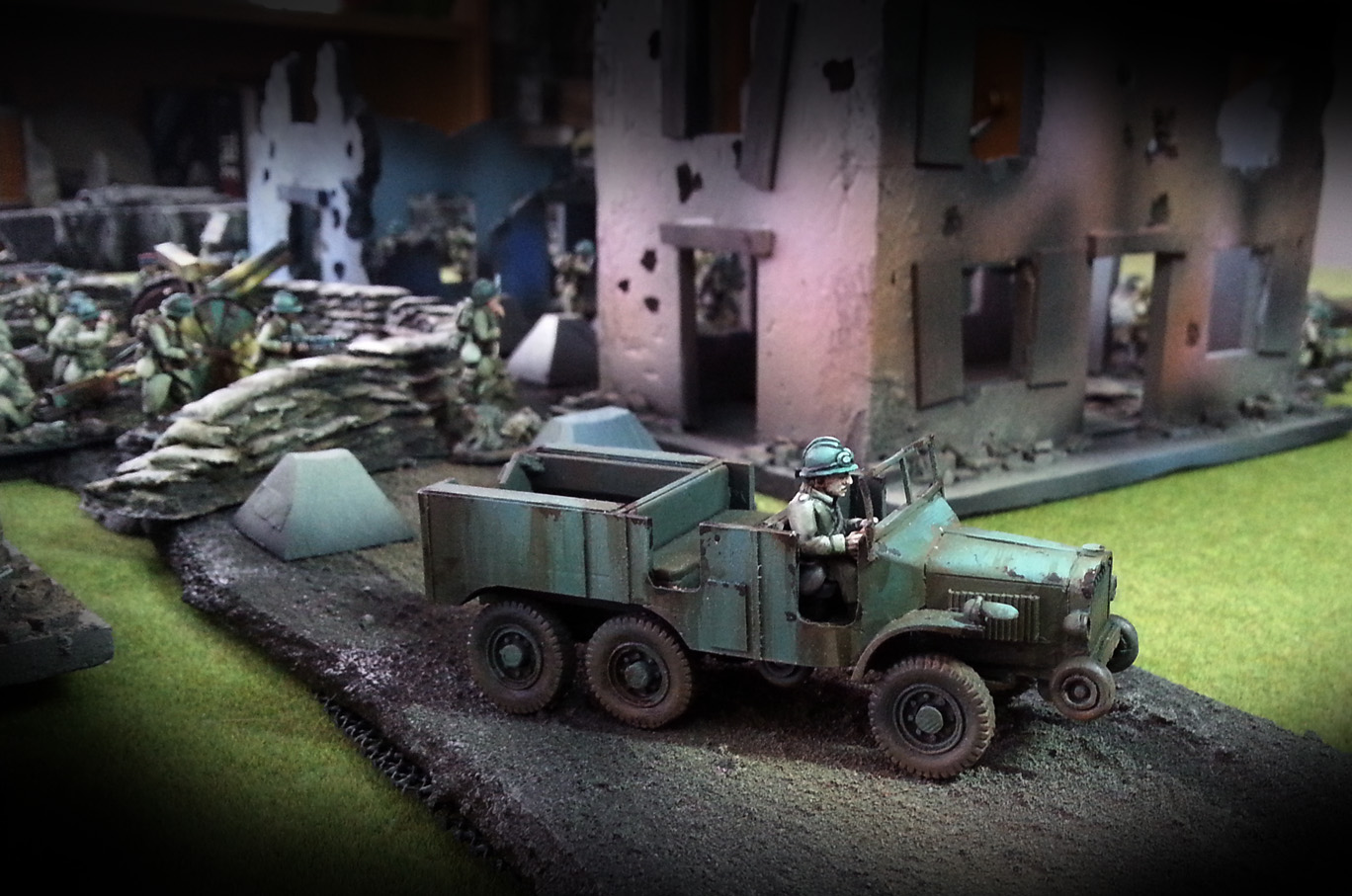 Posted by wappellious at 3:09 PM 6 comments: