Life in the Windy City 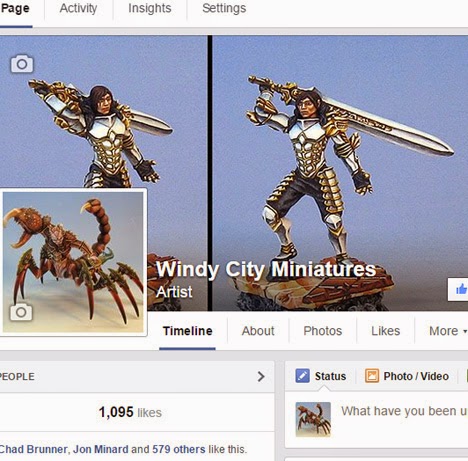 Well, this might not be news to many of the loyal Wappellians out there, but I figured it was time to make an "official" announcement here of the 'new' Windy City Miniatures facebook page.

It was first created by Cathy a long time ago... and then somewhat forgotten in the blog mania (that image you see is one of Cathy's Anima Tactics minis)!

All the impetus went into that format, and the WCM page was left by the wayside.  It didn't seem necessary to do both at once.

Cathy got a Facebook message along the lines of "It's been a bazillion days since you last posted to this page...", which brought it to the fore again.

I believe at the time it had less than 100 likes.  This was around December 12th, I think.

I posted a few images to it, and the flood began immediately! 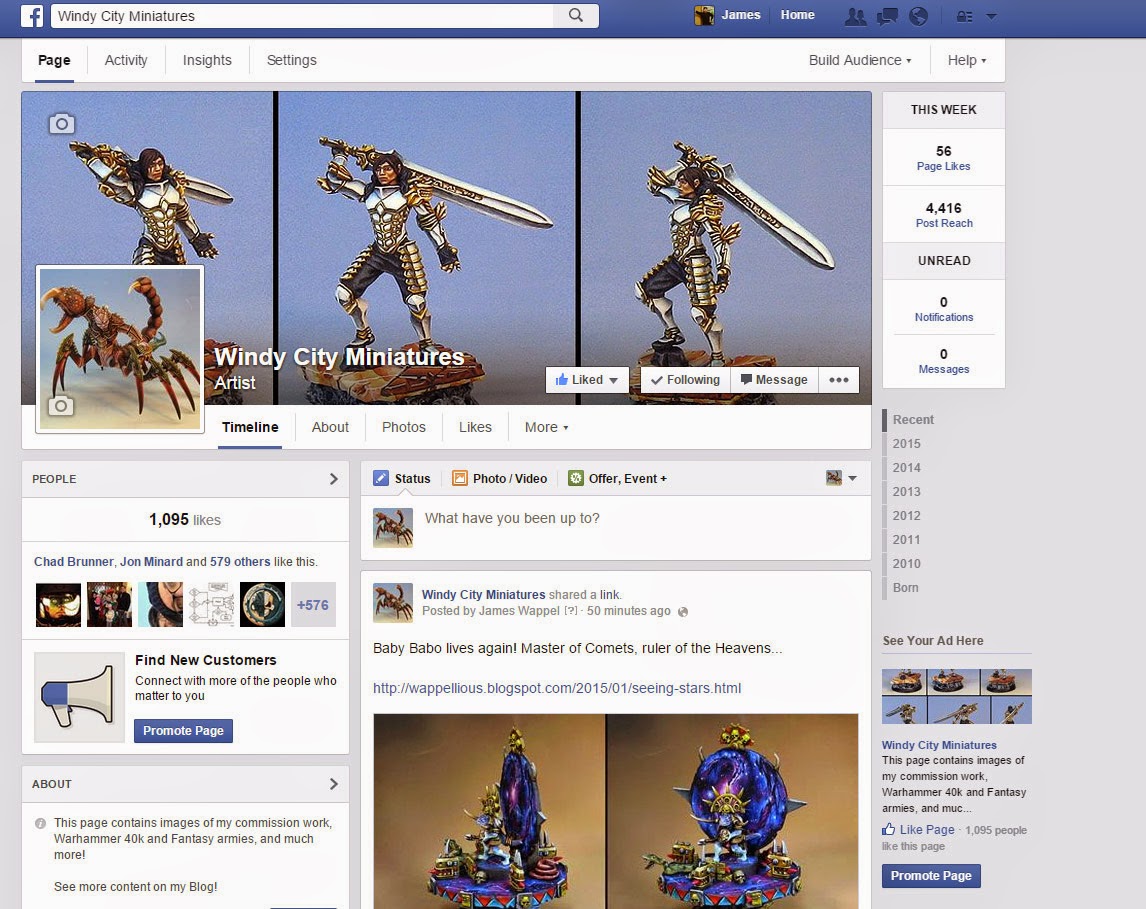 It didn't take very long before I realized that the WCM page would be the ideal place to have all the photos of my completed miniatures.  They could be organized into individual galleries and albums such as these, making them WAY easier to locate! 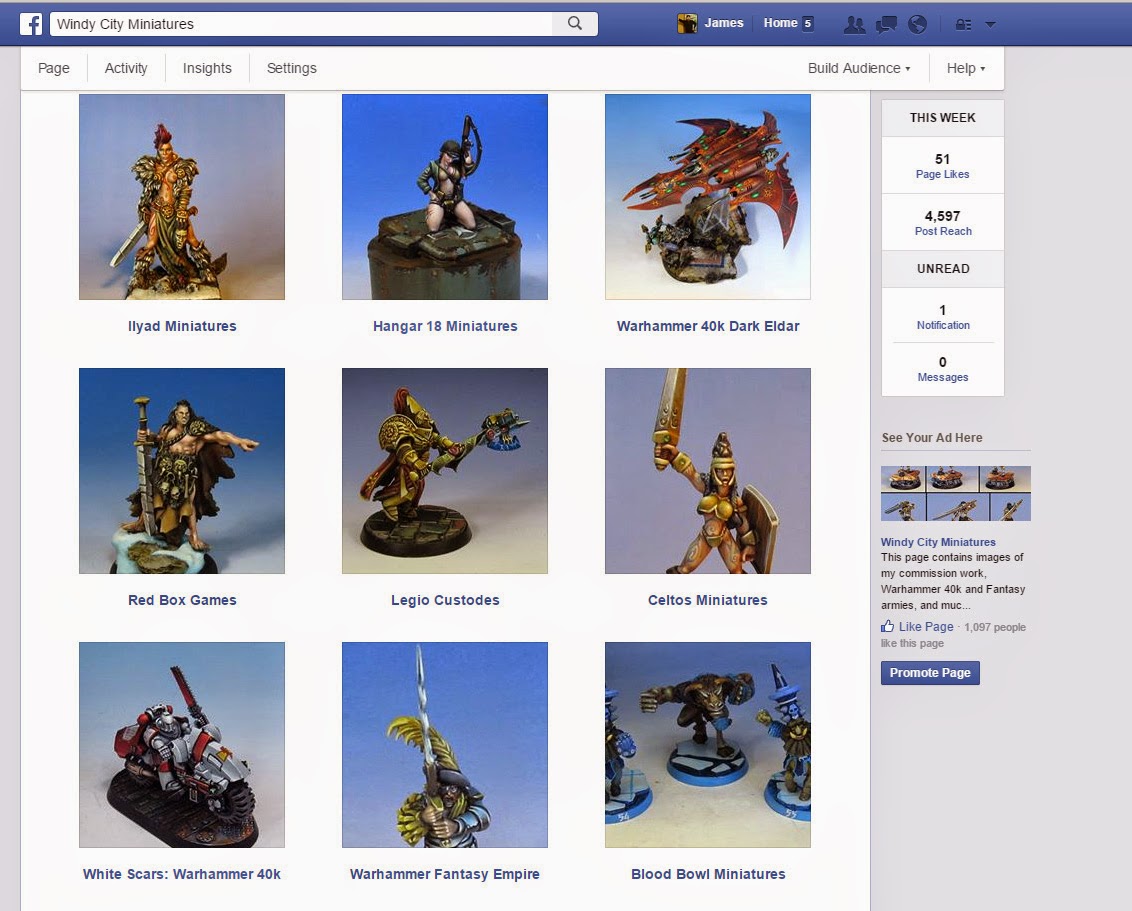 Finding such things on the blog is becoming more difficult for newcomers, of which there are many.  I have been shocked to discover how many folks have never seen the Lizardmen, Tomb Kings, Demonhunters, and other massive projects from the past.

This became more and more apparent when I took the old minis out to take nice new photos of them with the new lights and backdrops... the images I always wanted to take.  So many people were seeing them for the first time... 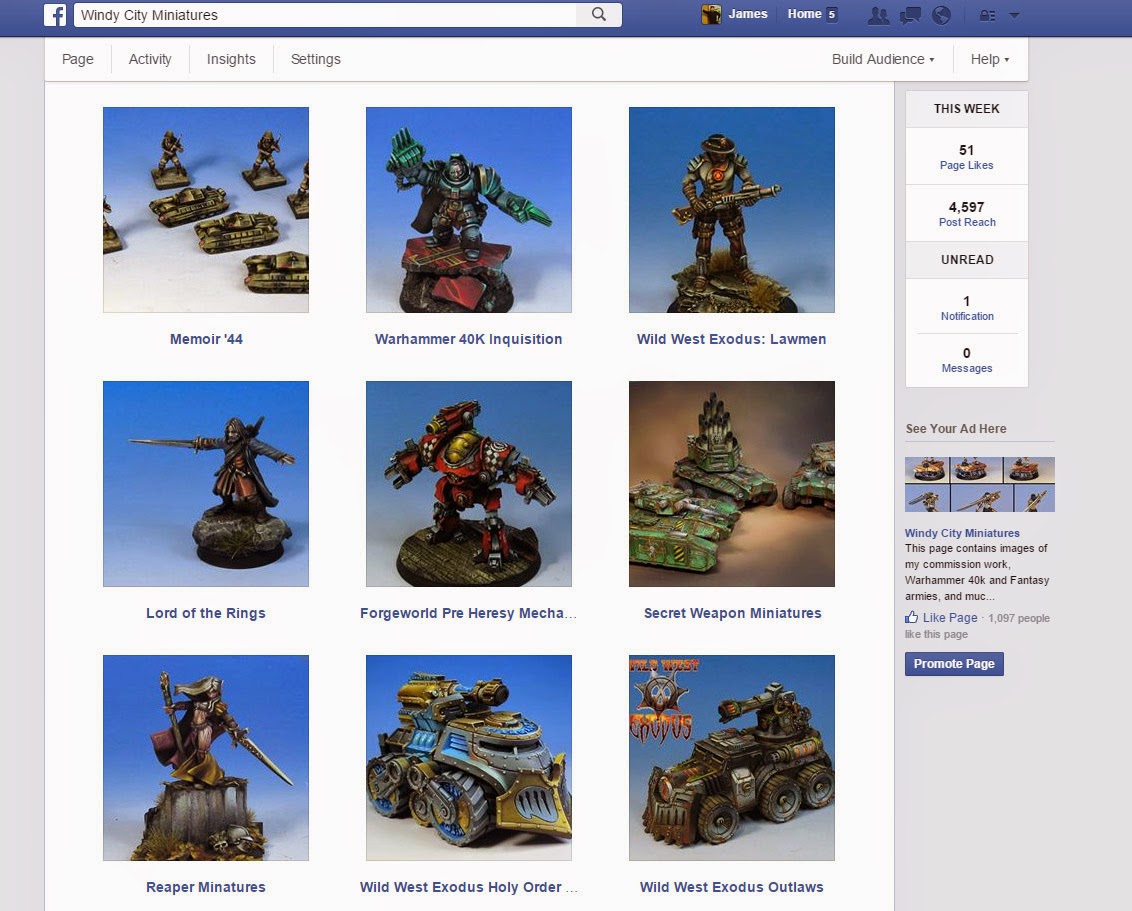 I will probably add a new gallery, or album, once a week.  The best part of this format is that people can locate a type of gallery just by seeing an image, as opposed to scrolling through bars of text or doing searches in a tiny white bar in another column! 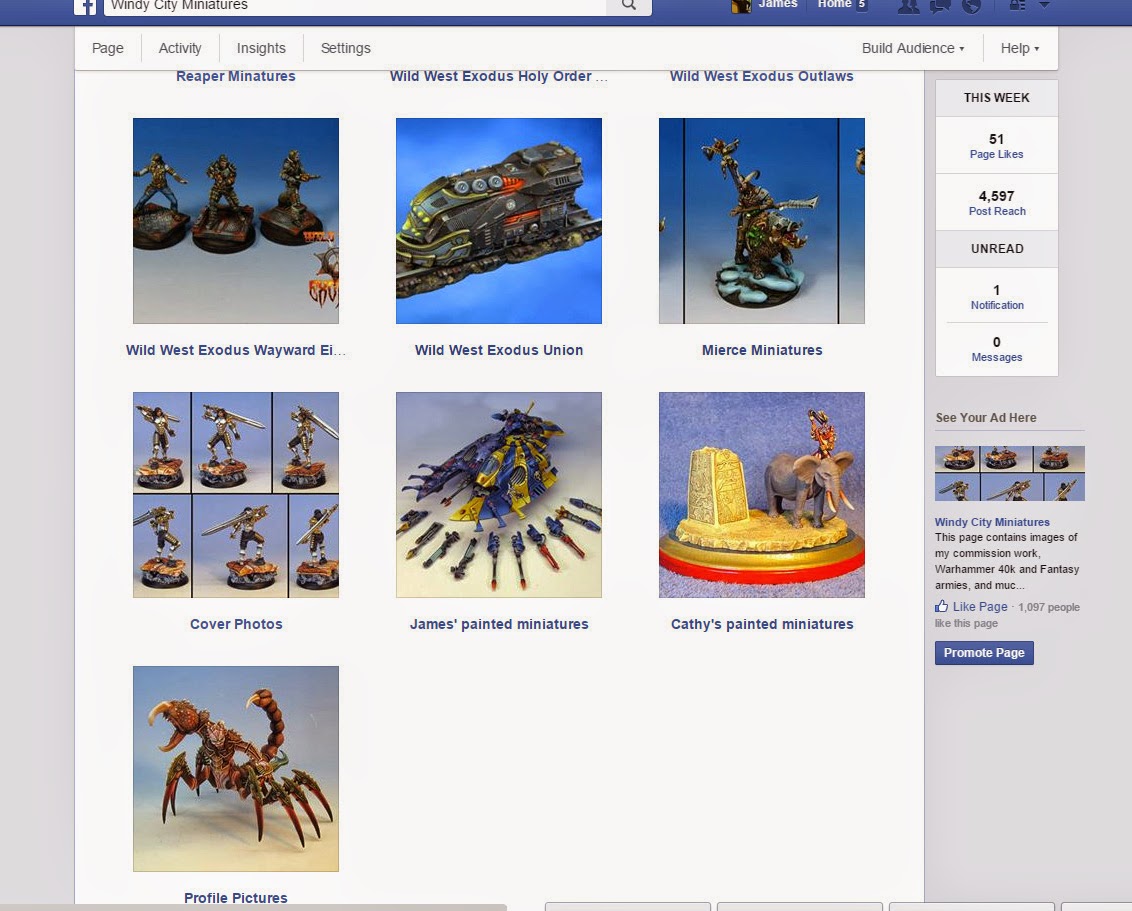 I have also noticed that the blog has increasingly become a "work zone", filled with work in progress posts, tutorials, announcements, unboxings (look for a few of them in the coming weeks!), and sneak peeks.

Finally, one day wisdom overtook me and I realized that I needed a place to put all the "Pretty Pictures"... a one stop shop where you could melt your brain with pictures of painted minis! 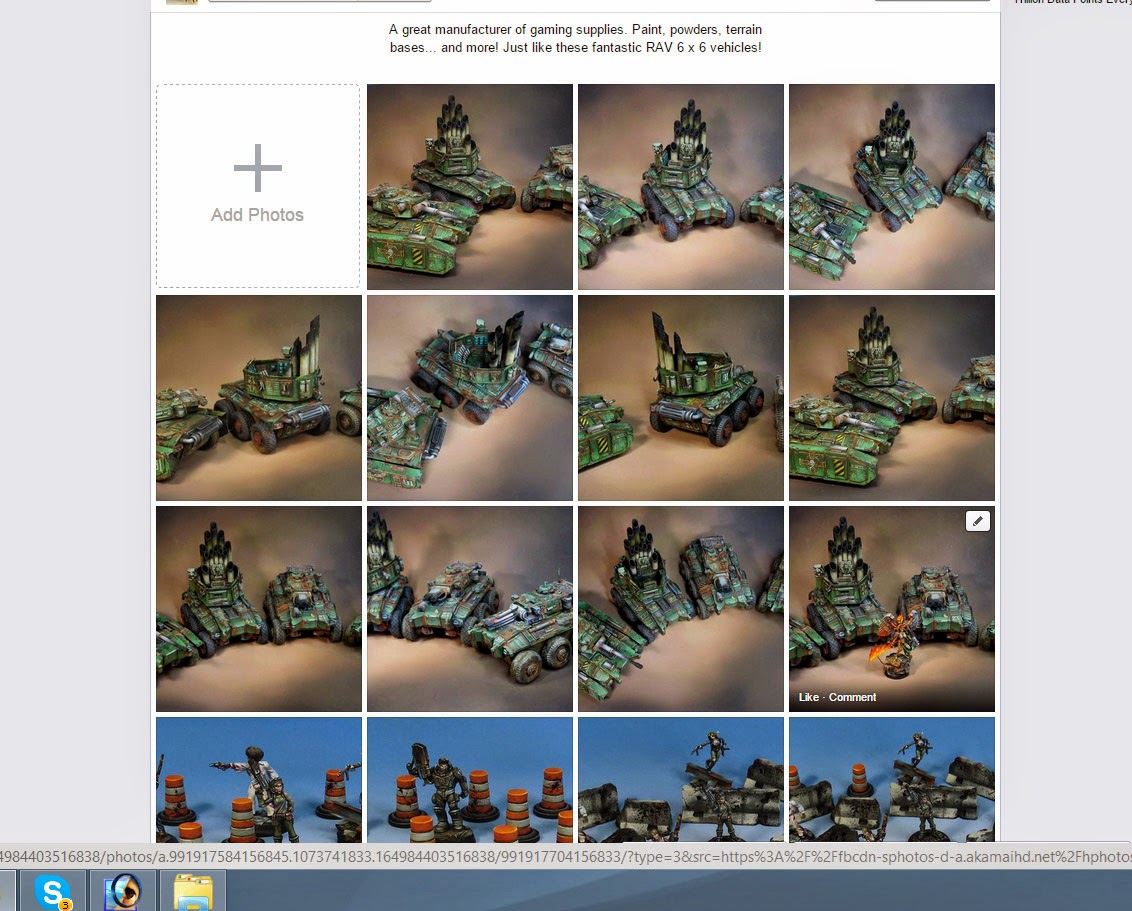 I have a small collection of nearly 27,000 images to go... not to mention the dozen or so new images that are added to that mix every day.  So running out is an impossibility.  Yes indeed! 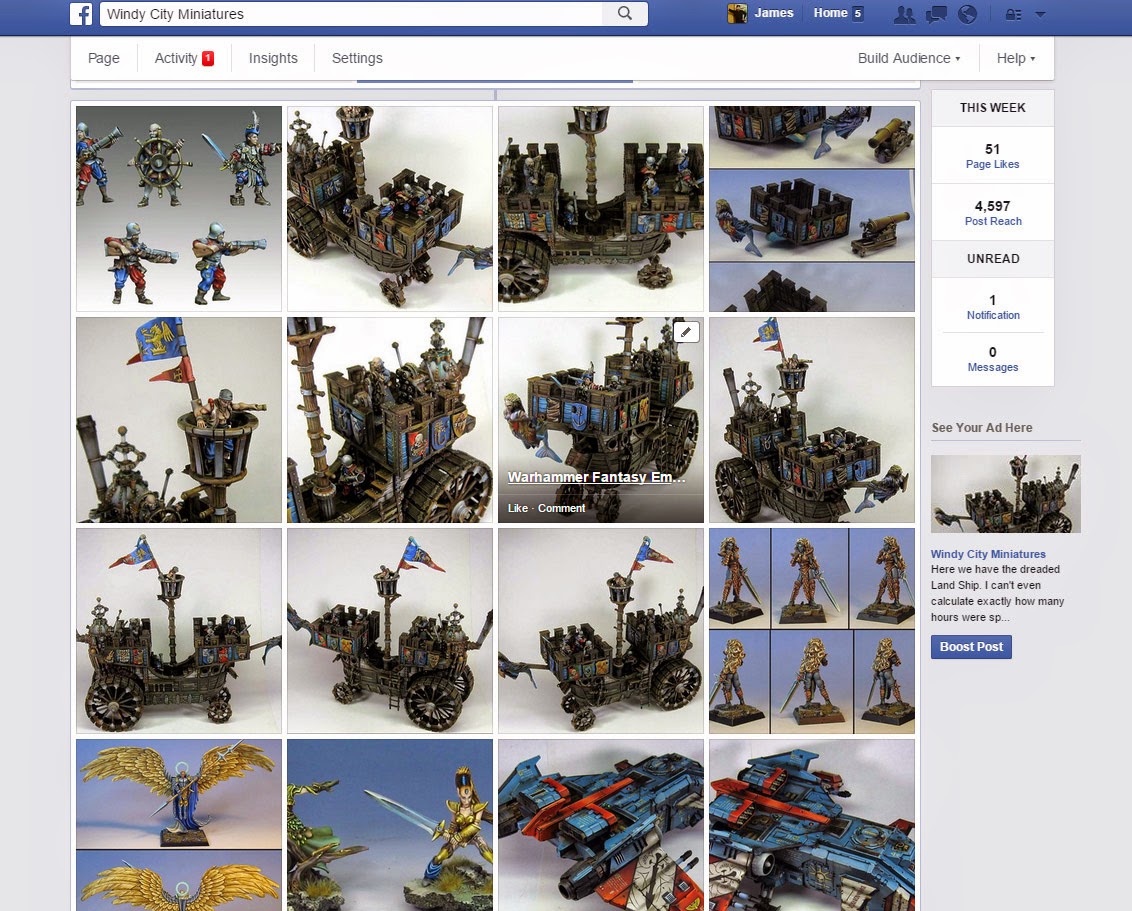 You can see the rather stunning growth of the WCM page already.  In less than 5 weeks, it has gotten 1000 likes!  Many thanks to all who have visited, and who have liked the page. 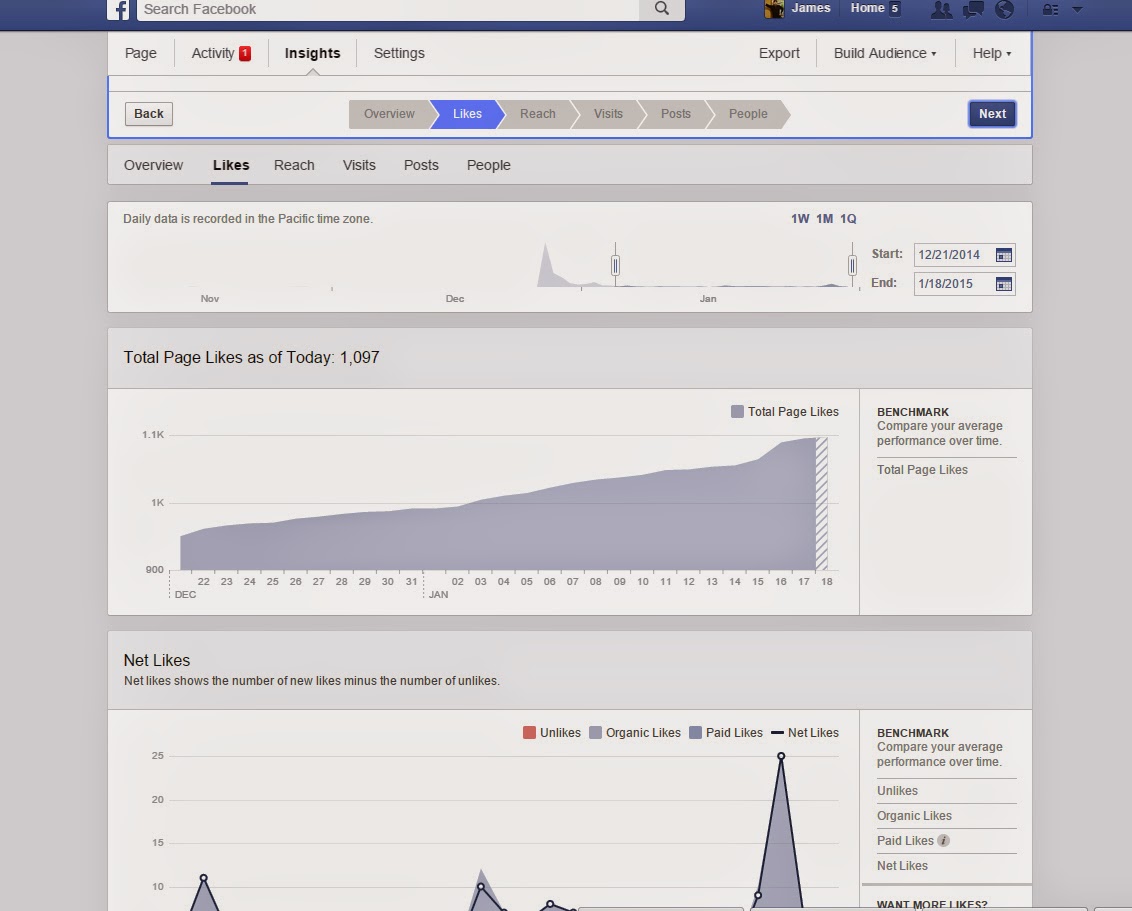 So, if you are interested in seeing the ten thousand Reaper figures I have painted over the years, for instance, all you have to do is head over there and scroll to your heart's content!

Obviously there is a LOT more to come!! 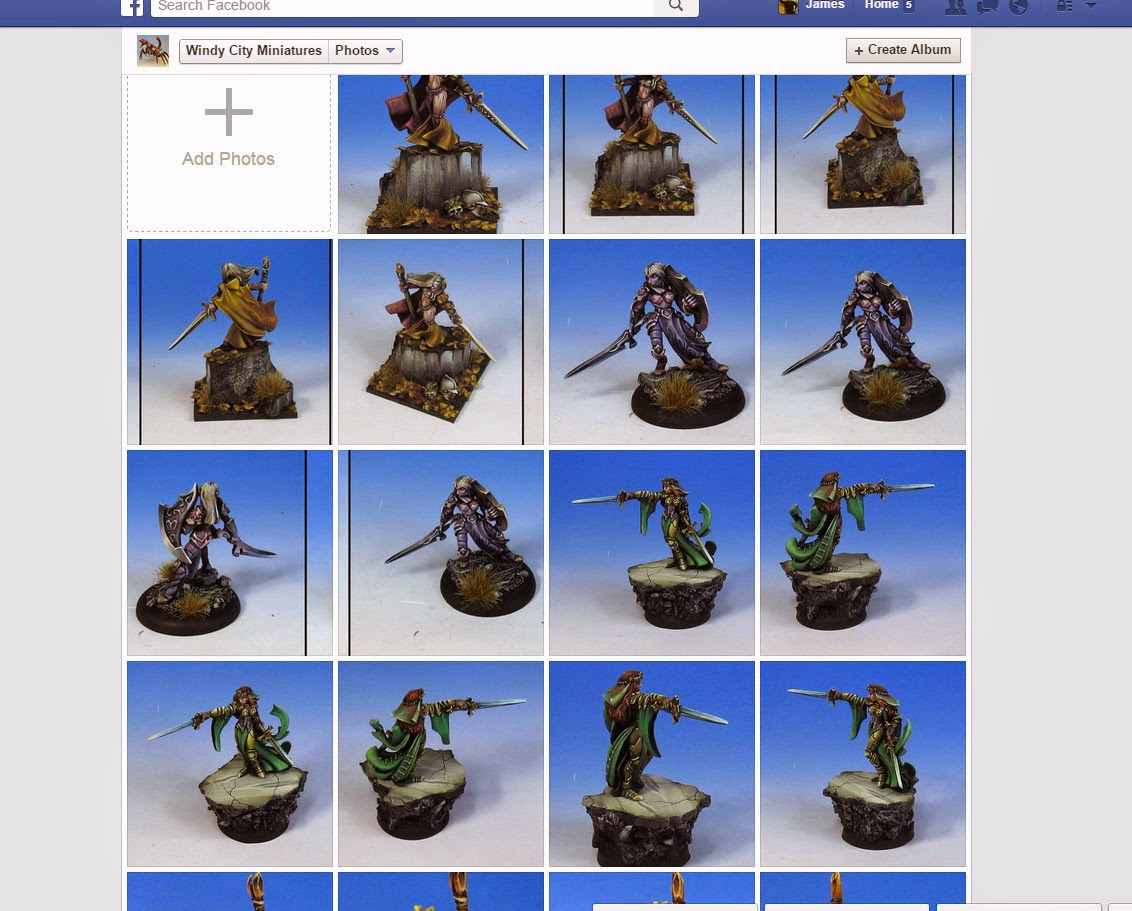 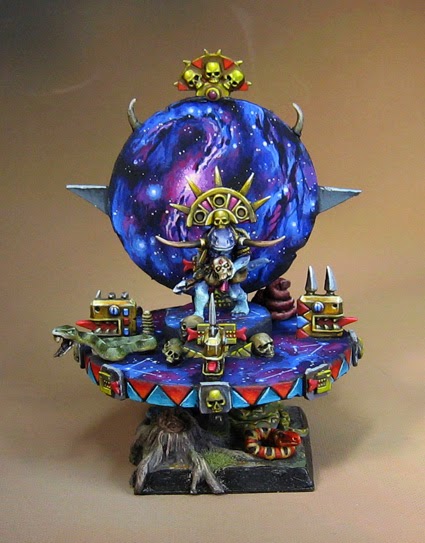 Here is one of my all time favorites!  He was also really handy in our games :-)  Master of the Heavens, chucker of Comets... Baby Babo himself!

I sculpted the entire thing from sculpey and various Lizardman bits. 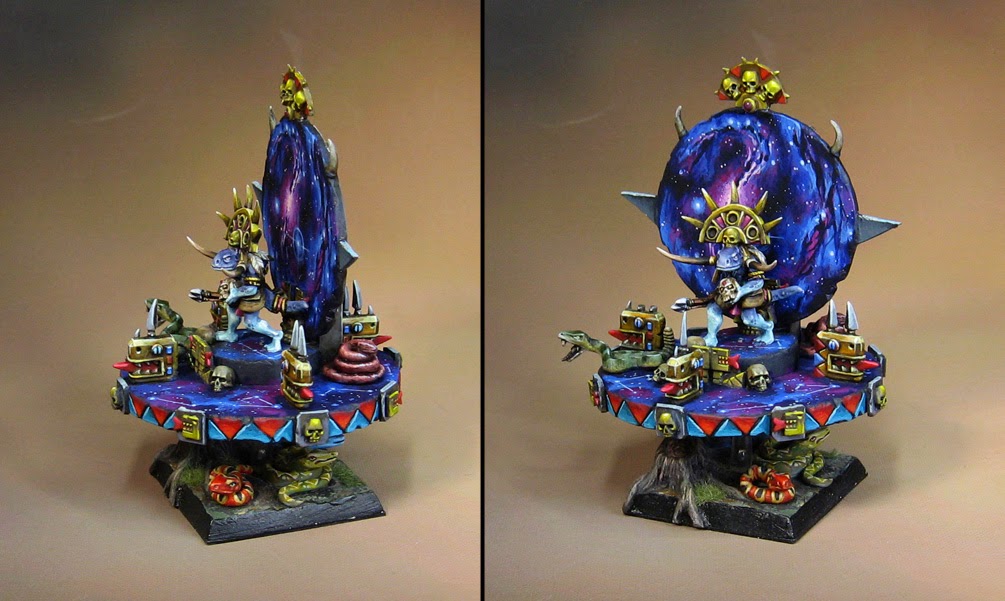 I had so much fun painting this!  I loved painting the sun on the back panel. 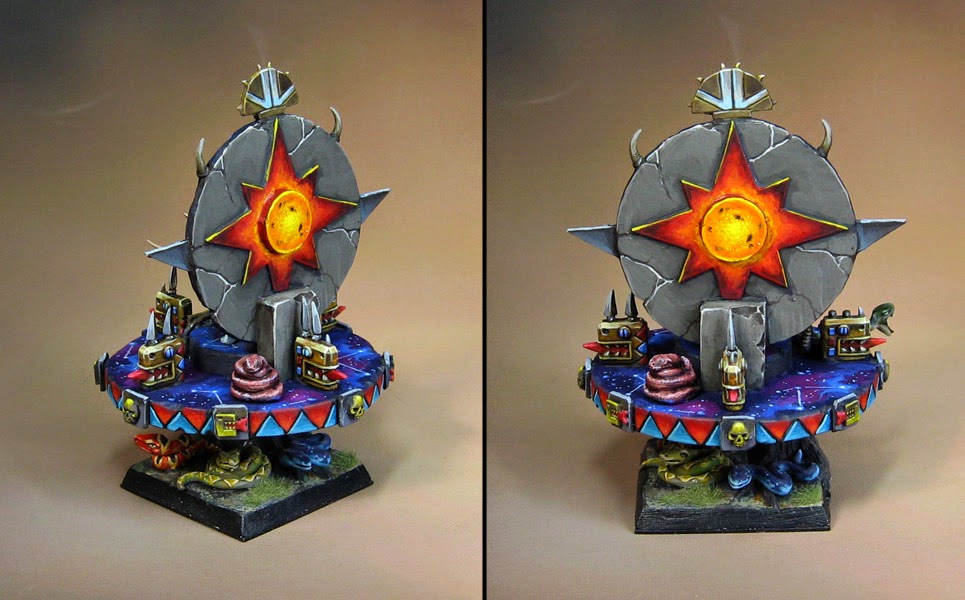 Plenty of constellations, as Baby Babo is the Master of Skies. 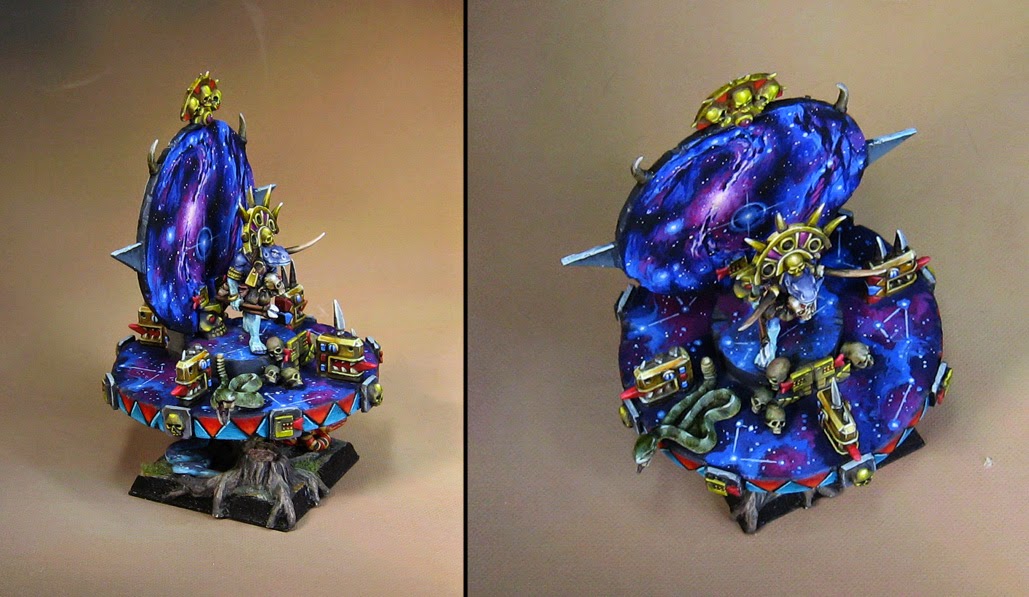 And on a few different backdrops. 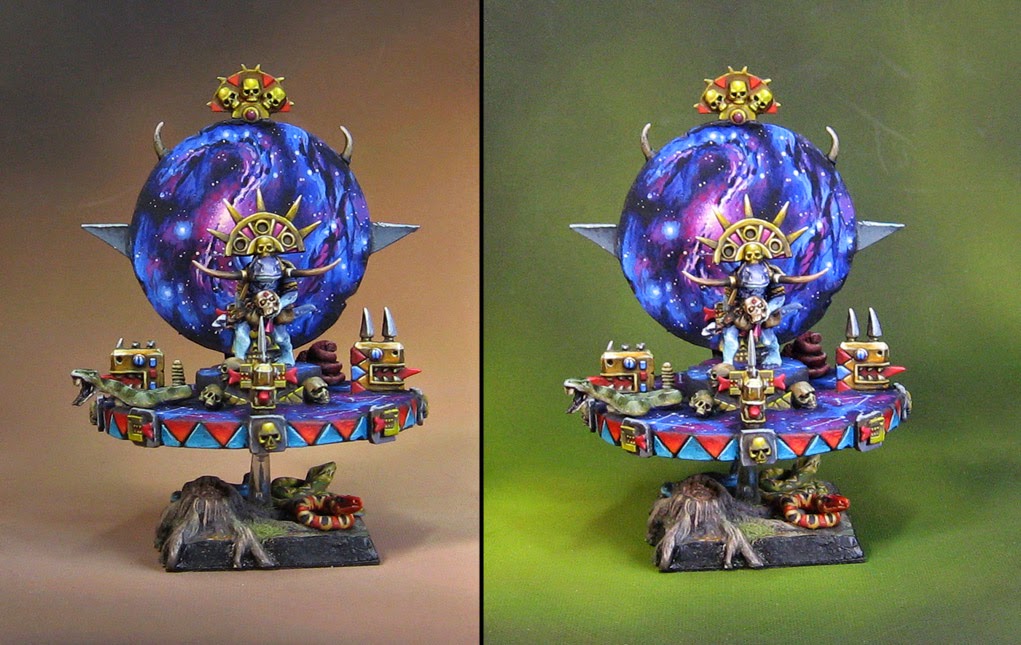