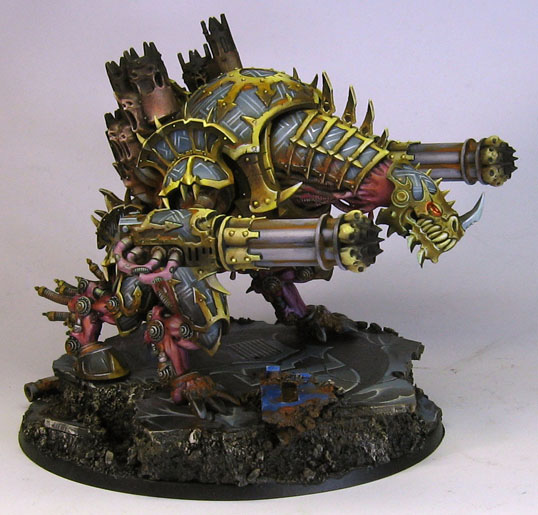 Yes, another one of these big brutes.  I know they are very rough on Dark Eldar!

Here are some side views.  All the guns and heads were magnetized, just like the other one. 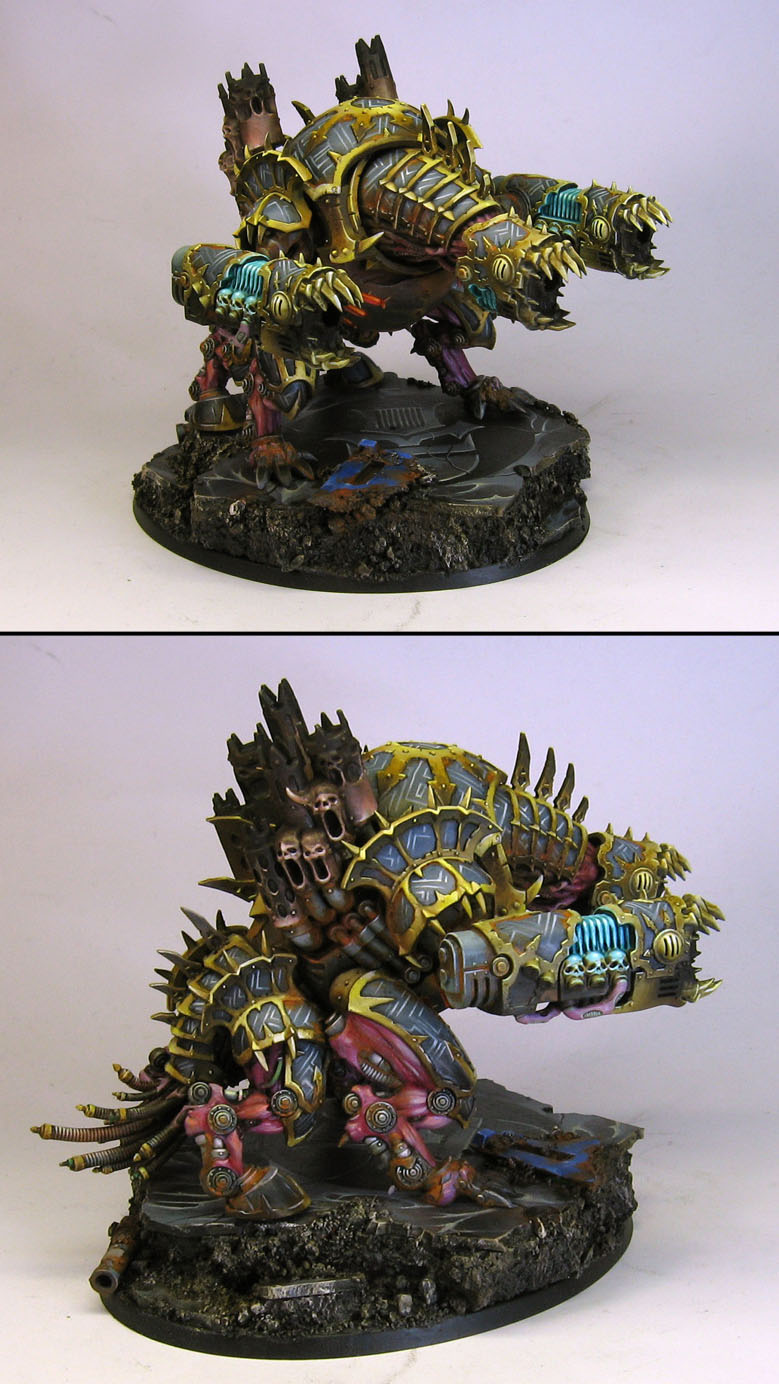 I used weathering powders on these two, just like I did with the Storm Eagles.  It's tricky, since it made it more difficult to keep from getting powders where I didn't want them to go! 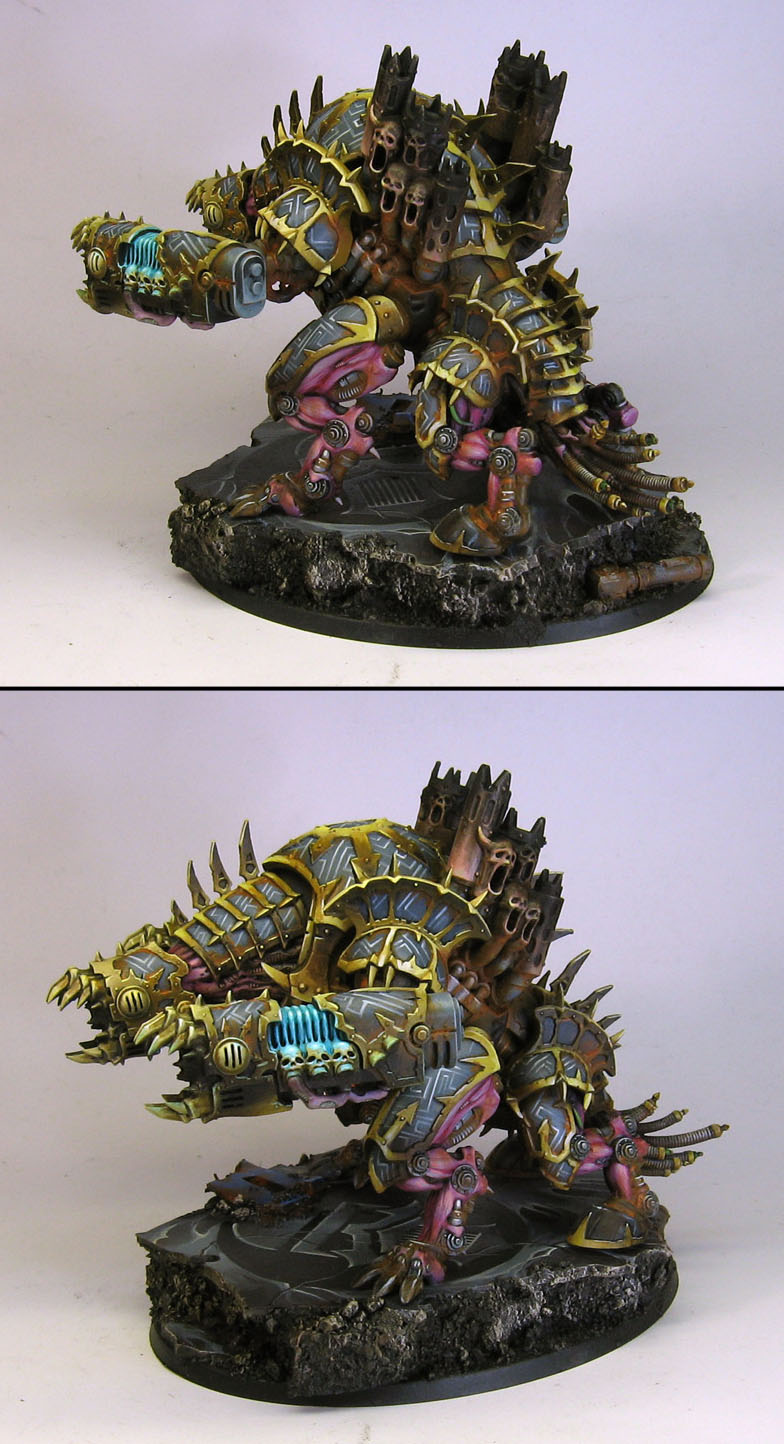 I did learn to use the powders for something besides weathering.  I had purchased some colors that worked very well for shading and smoothing out the gold areas, which was neat! 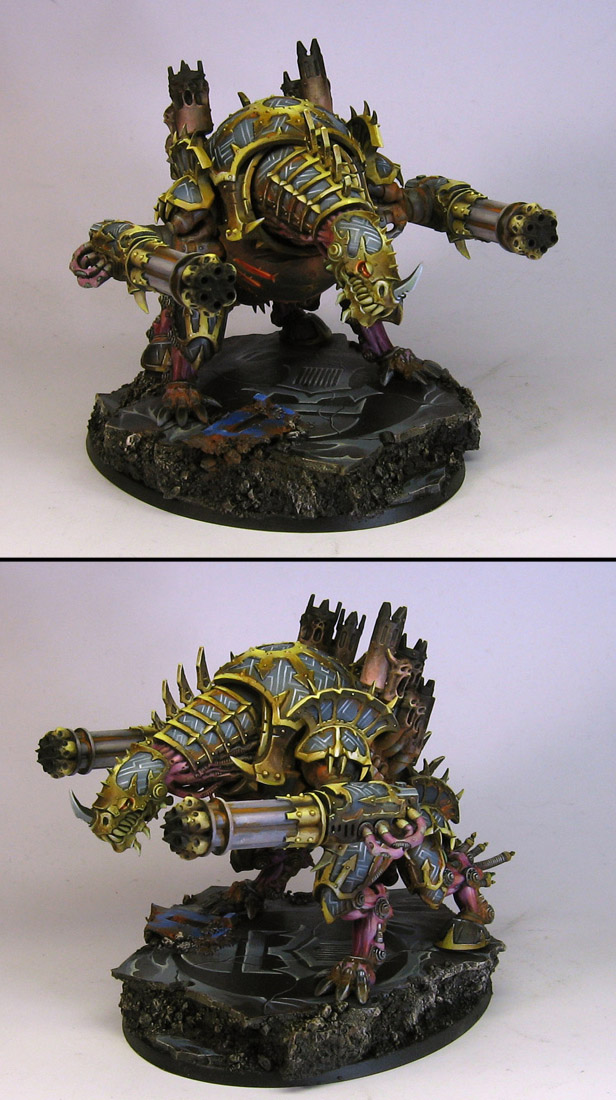 I did a similar effect on a Hell Drake. which I will post here at a later date.  I have since used that technique on cloaks and other surfaces. 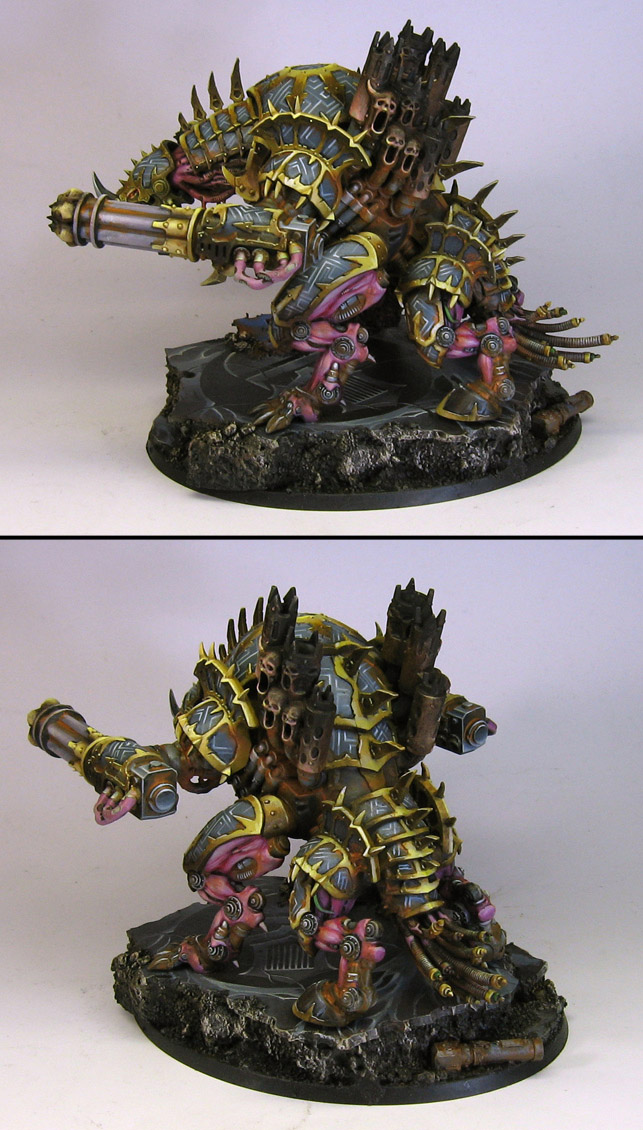 The life of a mini painter :-) 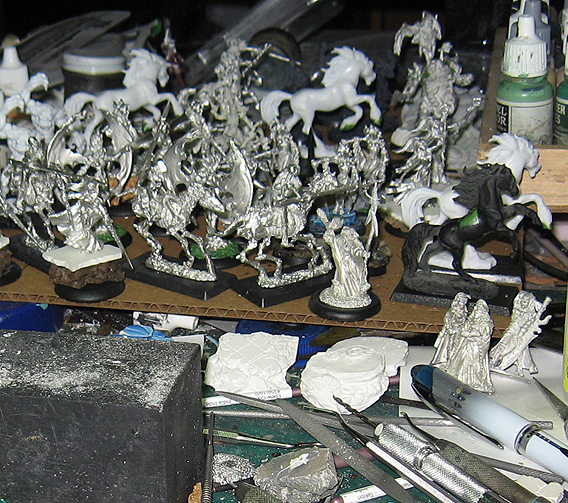 For months now, I have been prepping minis for the painting videos.  These images represent a small poriton of what I have been working on!

I have already posted pictures of the big Ultraforge demons that were prepped before Adepticon.  While I was at Adepticon, I purchased some more of the big birds for those videos.  I am priming a few of those today.  One of the eagles has been discontinued, so I replaced it with the Griffon (I will do a post on that).

Some of the videos will have multiple minis in them, so I can show some of the techniques a little better.  There are a few topics (such blood, freehand, and so on, where the focus is not on painting the flesh, armor, etc.)

I also wanted as many options open to me as possible, so there are two different minis for a few videos.  When I do the 'storyboard' figures, I can determine which is the best. :-)

I am still waiting on my box of Reaper Bones figures to arrive.  That has some fire elementals that I figured would be fun.  I purchased a few of the regular ones just in case the box is delayed for some reason. 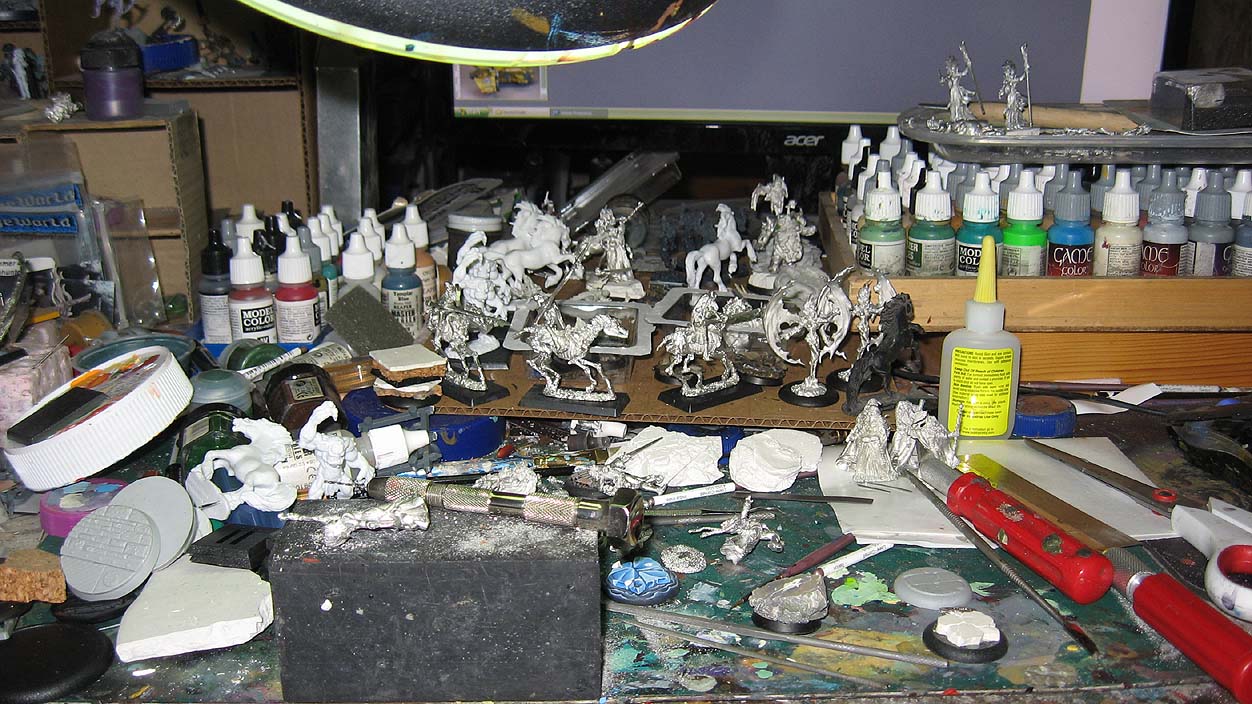 You can see the crazy unicorns that I had to convert into regular horses.  It was made more difficult by virtue  of all the goat stuff they sculpted on the front legs and face. 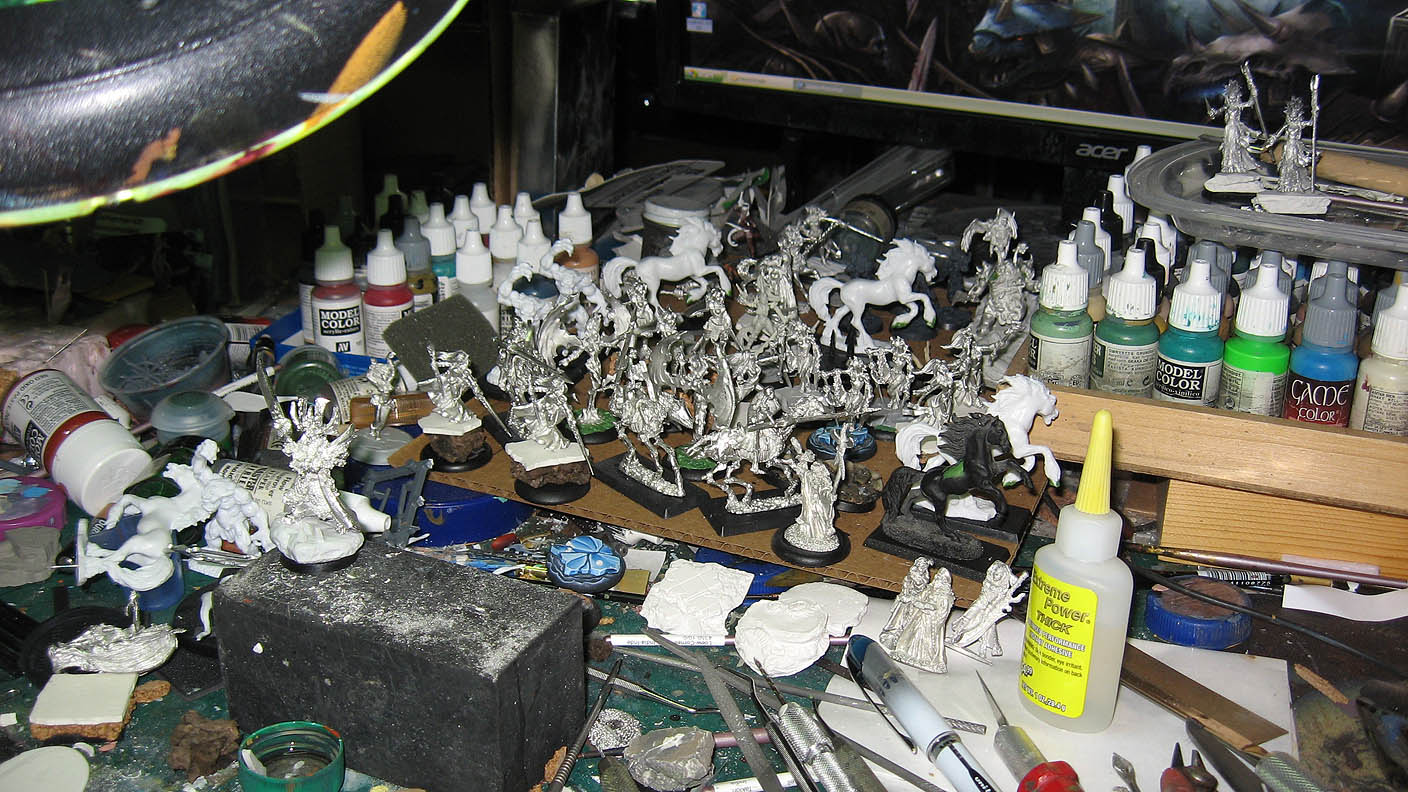 You can also see the skeleton cavalry that I got for the bones video, ghosts for the glowing vids, the trolls for green flesh, and much more. 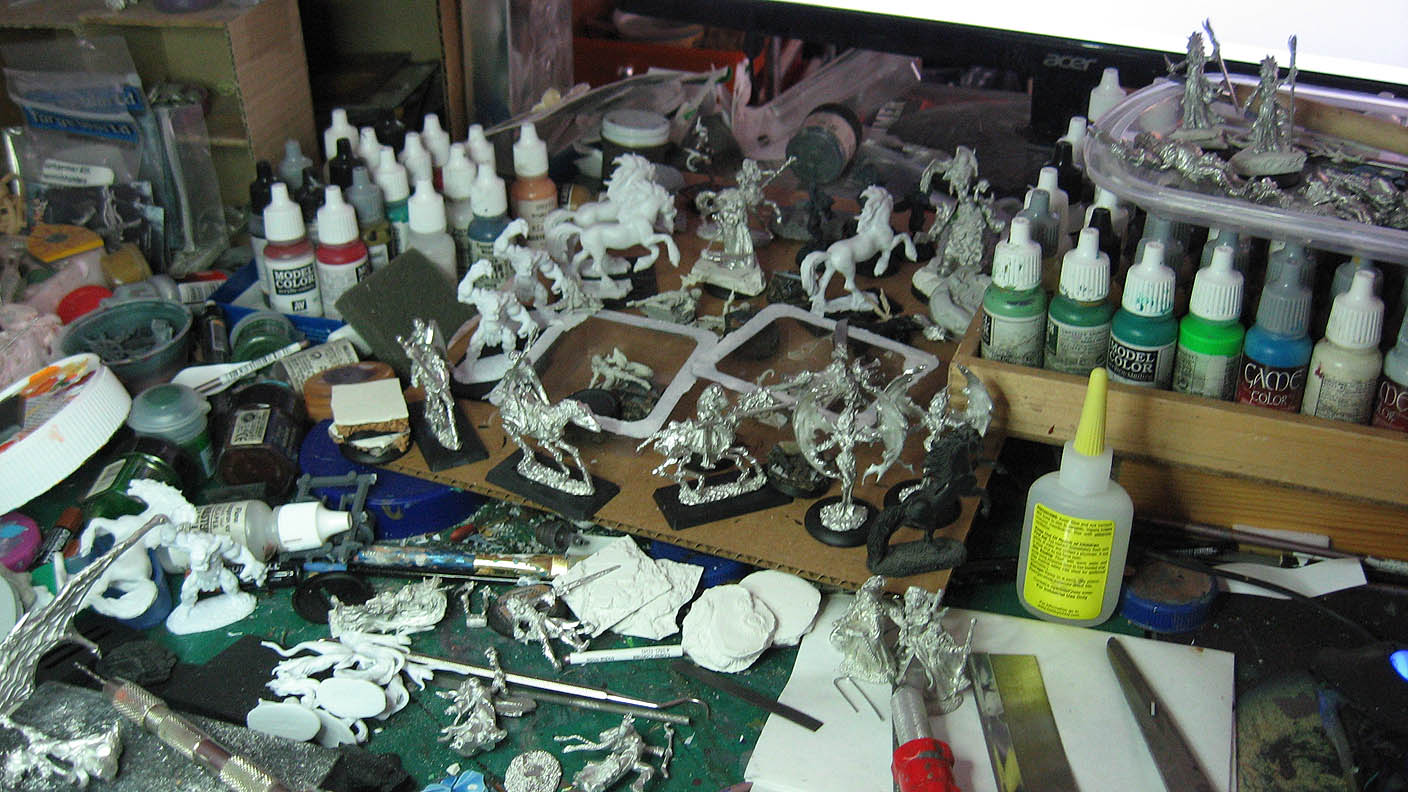 This image has one of the Syl-Iriah figures in the front of the scene.  Another one came in today, so I will be prepping that.

Once I had the bases made and all the extra gravel brushed away, they went into these boxes. 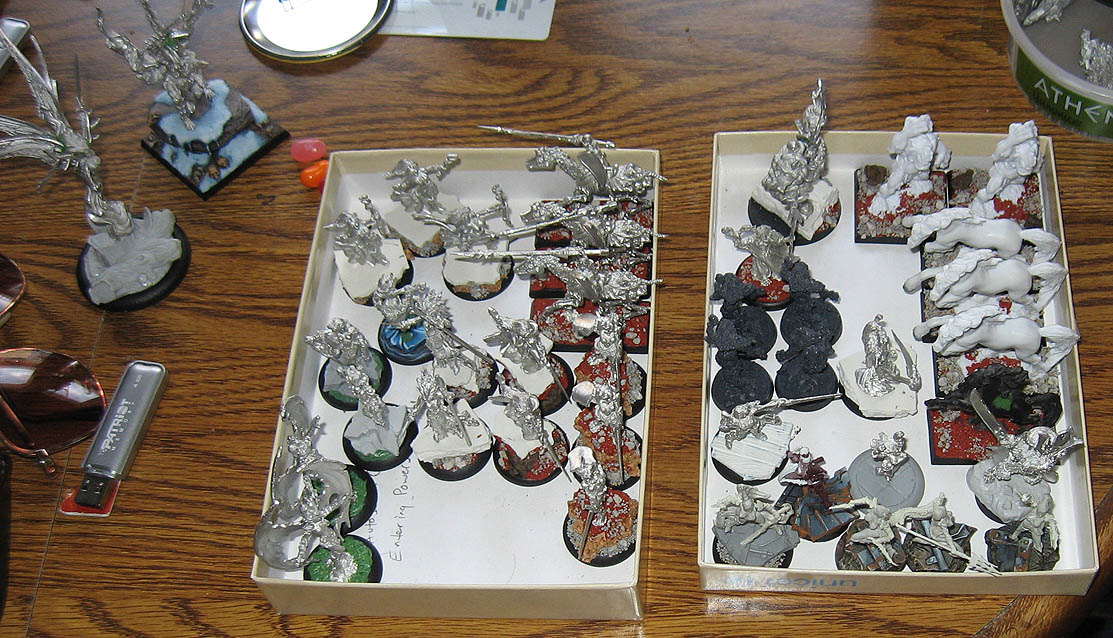 Here's some of the Urban Mammoth figures for a freehand video... 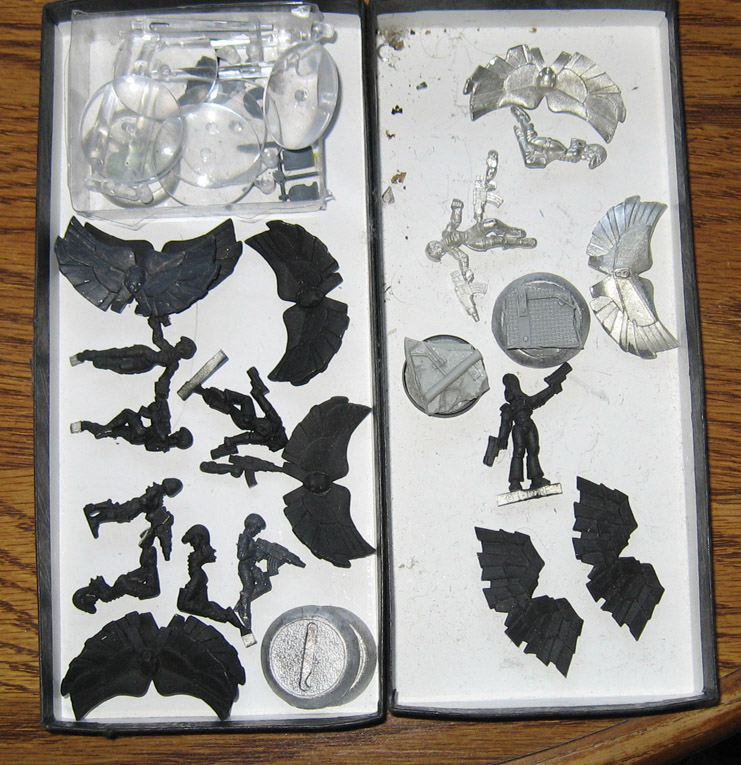 A big collection, but still only a part of the whole.  They are waiting for some primer. 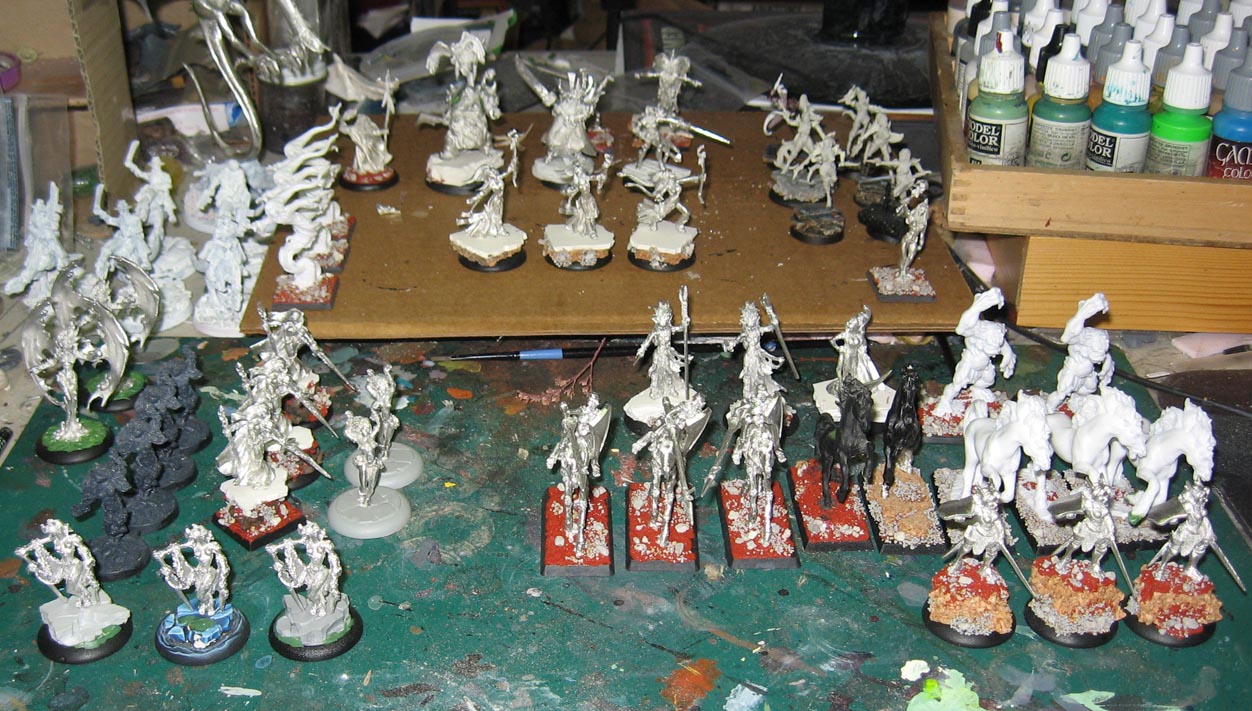 I did an experiment with the craft paint I have been using on the big terrain pieces.  I am tired of using up lots of my good miniature paint on cork and rocks.  So, something new to test!  It really worked like a charm.  I mixed a tiny bit of black primer with it, along with a bit of dark purple.  The coverage was fantastic, and it got into all those crevices so easily.

Now to prime the minis.  I mixed white and black to get better holding power than the white offers.  Where  the grey is lighter, that's where I will be doing the lightest colors.  I may even go over it again with white in some cases. 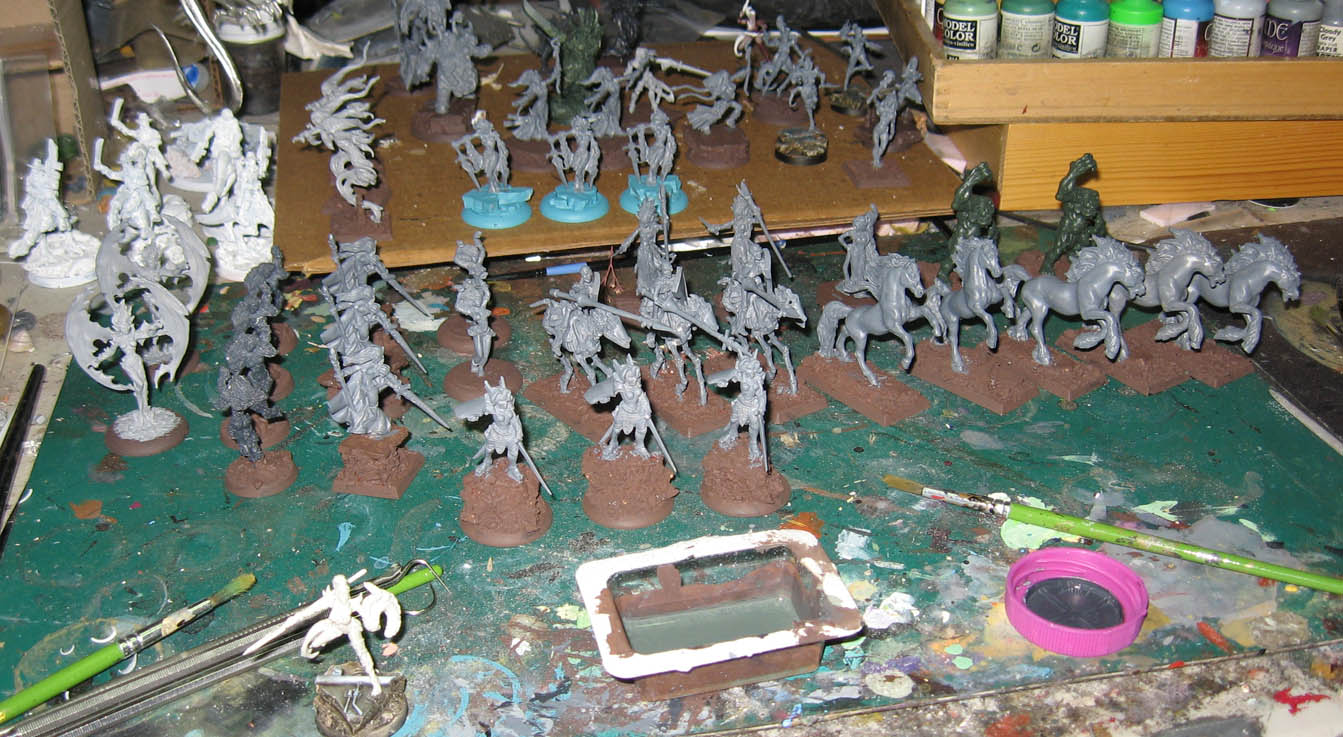 Since these images were shot, two more big boxes of Raging Heroes minis have come in, with tons of amazing figures for the videos.  I have already been prepping those. 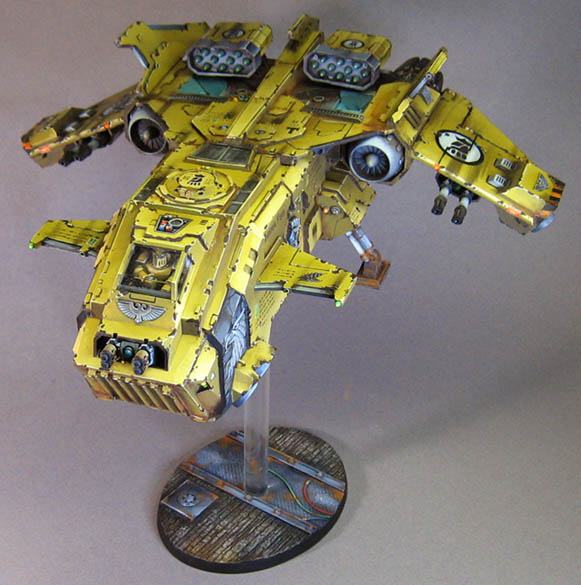 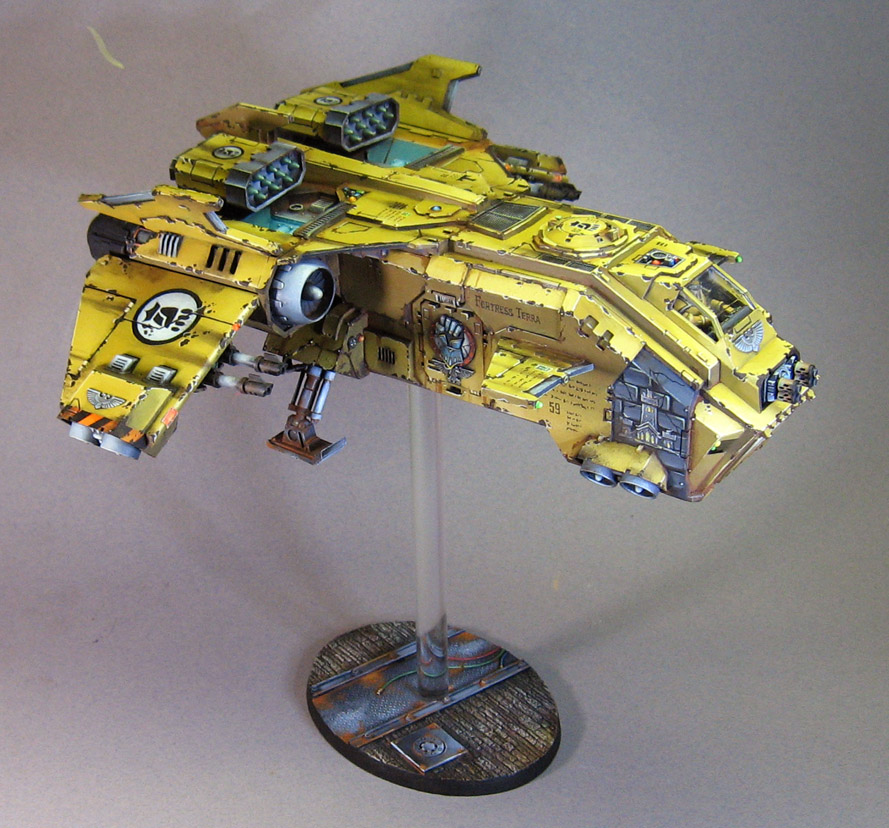 When I look at how the Razorwing relates in scale to the flying base and compare it to this monster, it is pretty crazy.  Even if it was not so heavy, the size difference is so obvious. 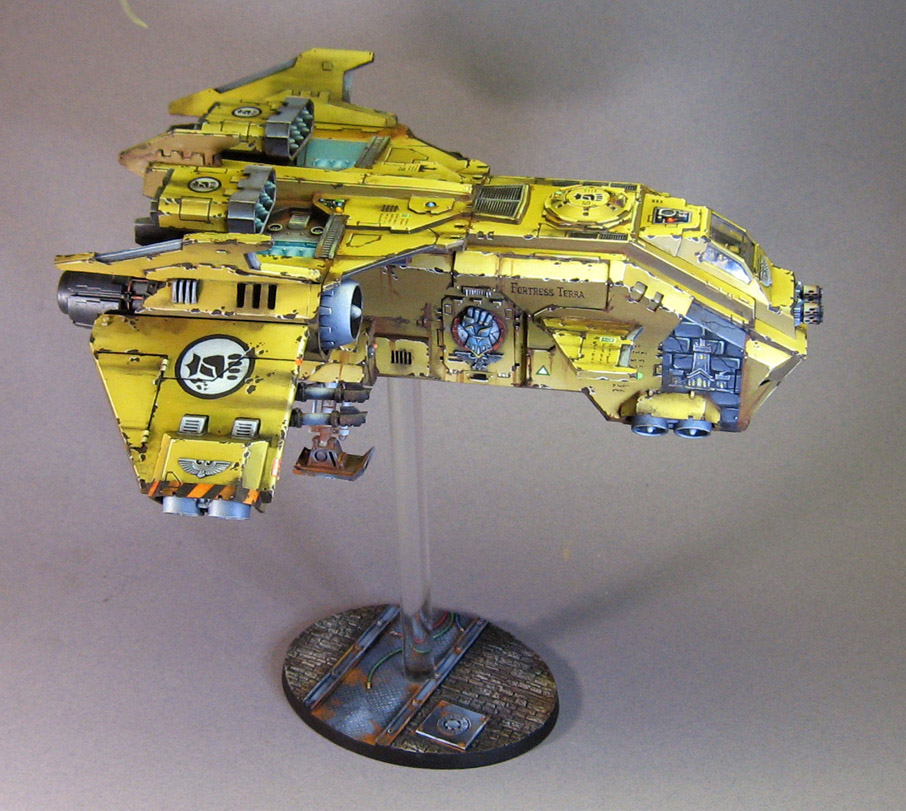 I had learned a lot on the previous Eagle about where to place the flying stand to balance this out.  It is pretty steady, actually. 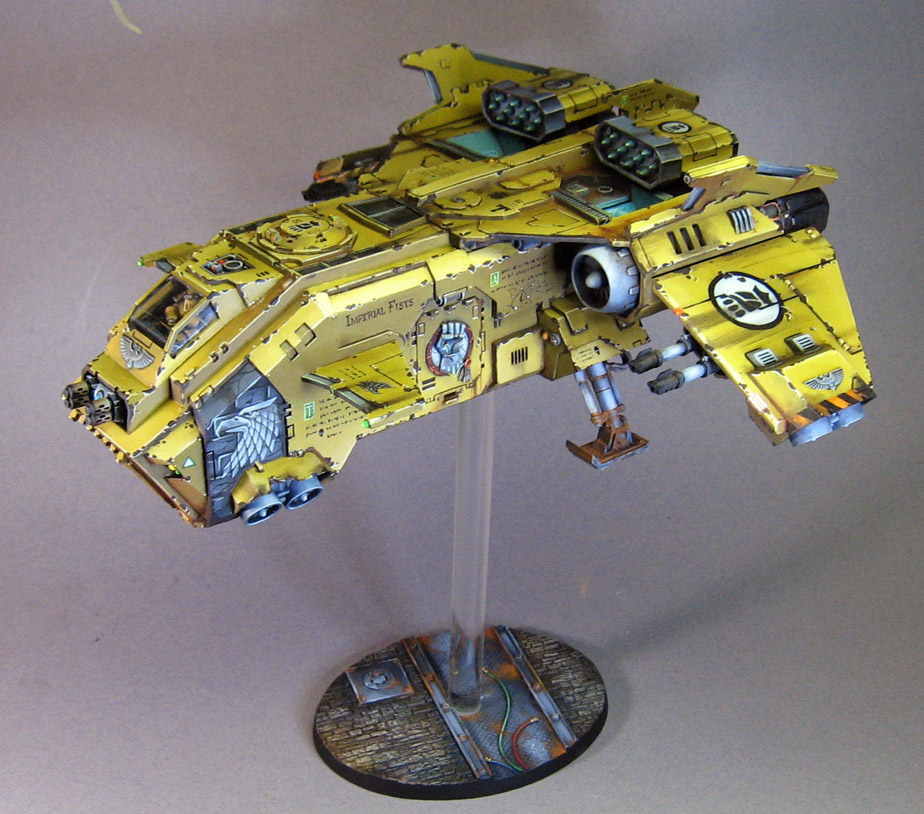 I believe the base is made by Dragonforge Designs.  They make very high quality bases of many different designs, and for many game systems. 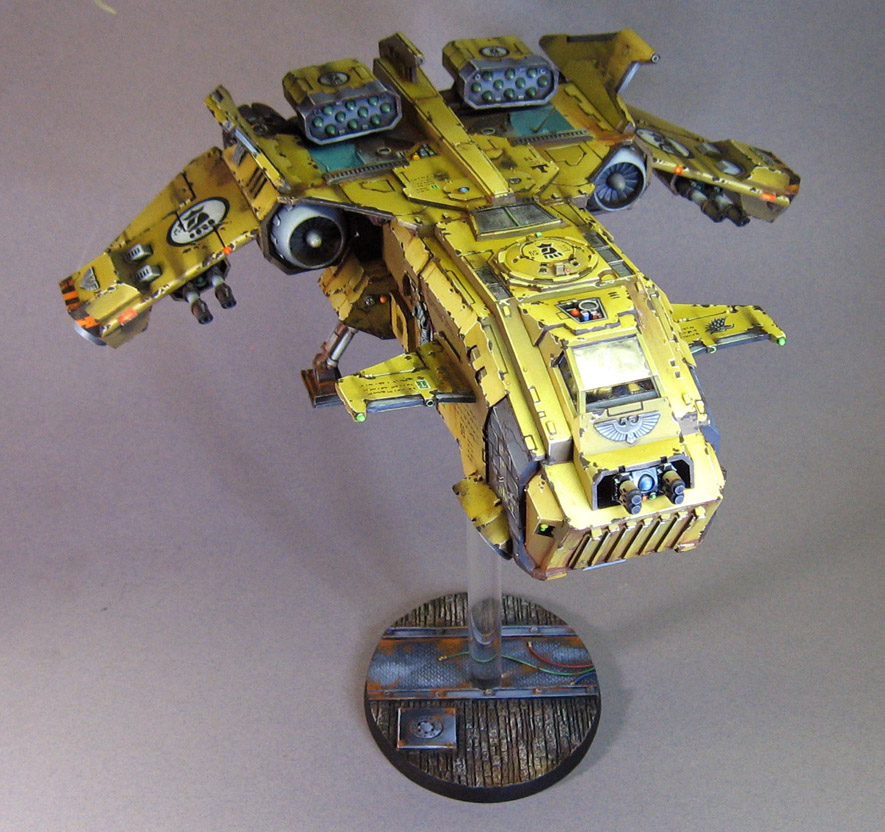 The neat thing about the flying base is that I could get some new angles for pictures. 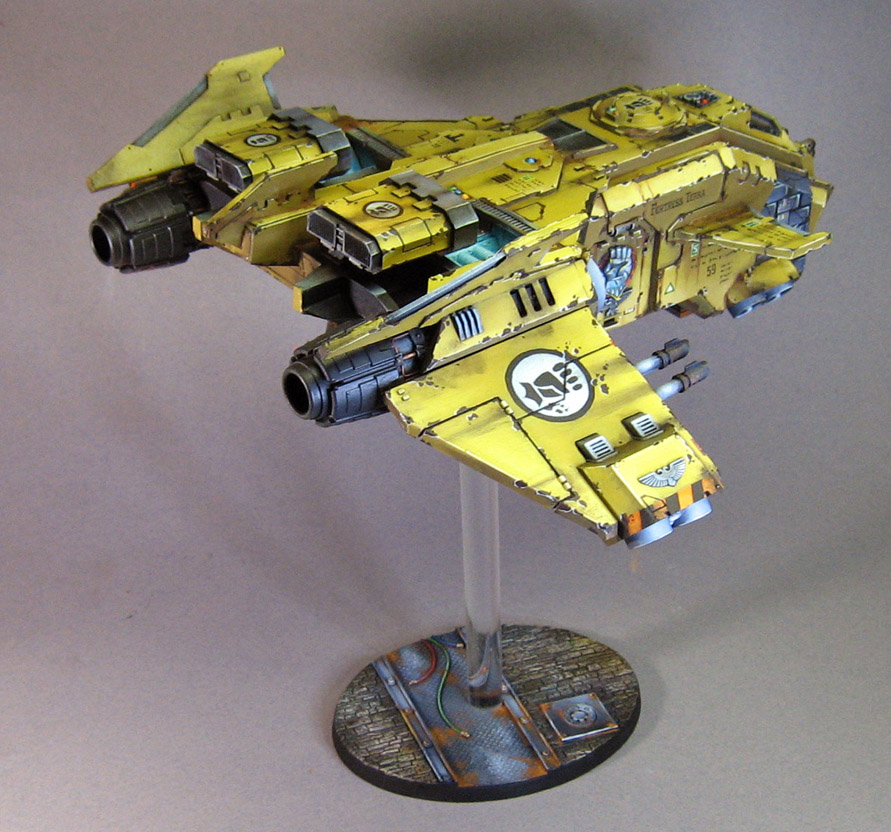 I just feel very sorry for whoever has to deal with two of these in a game.  That power of the machine spirit is nasty with just one of these! Some of those interesting views... 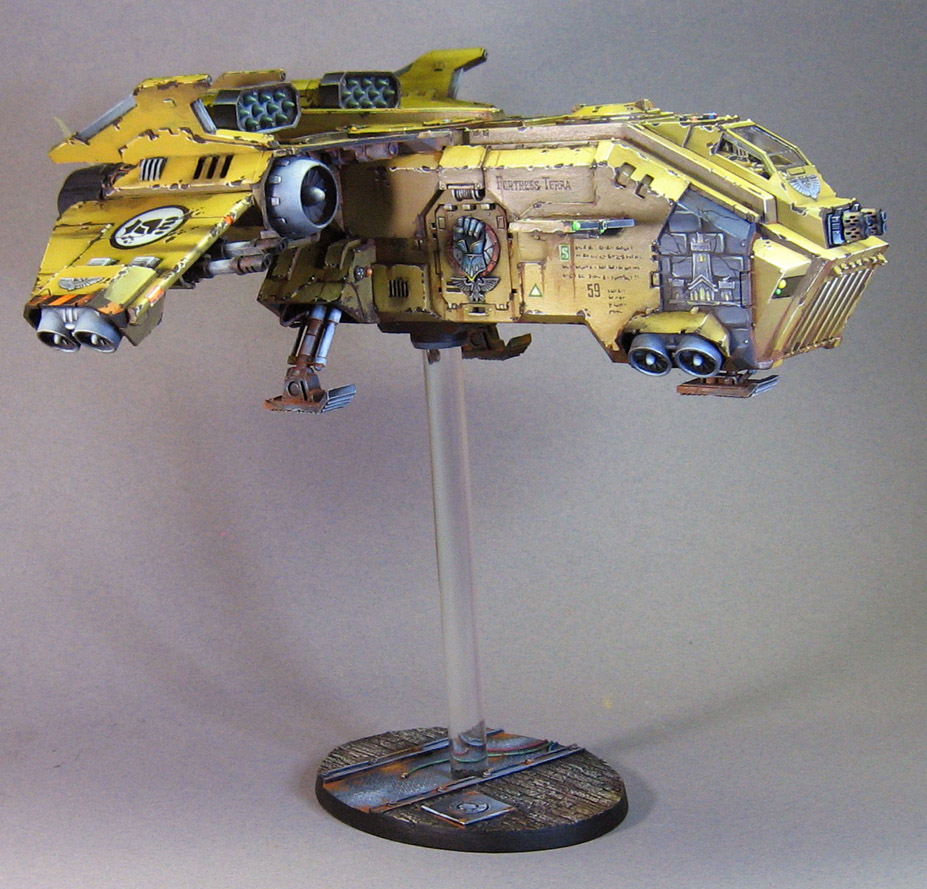 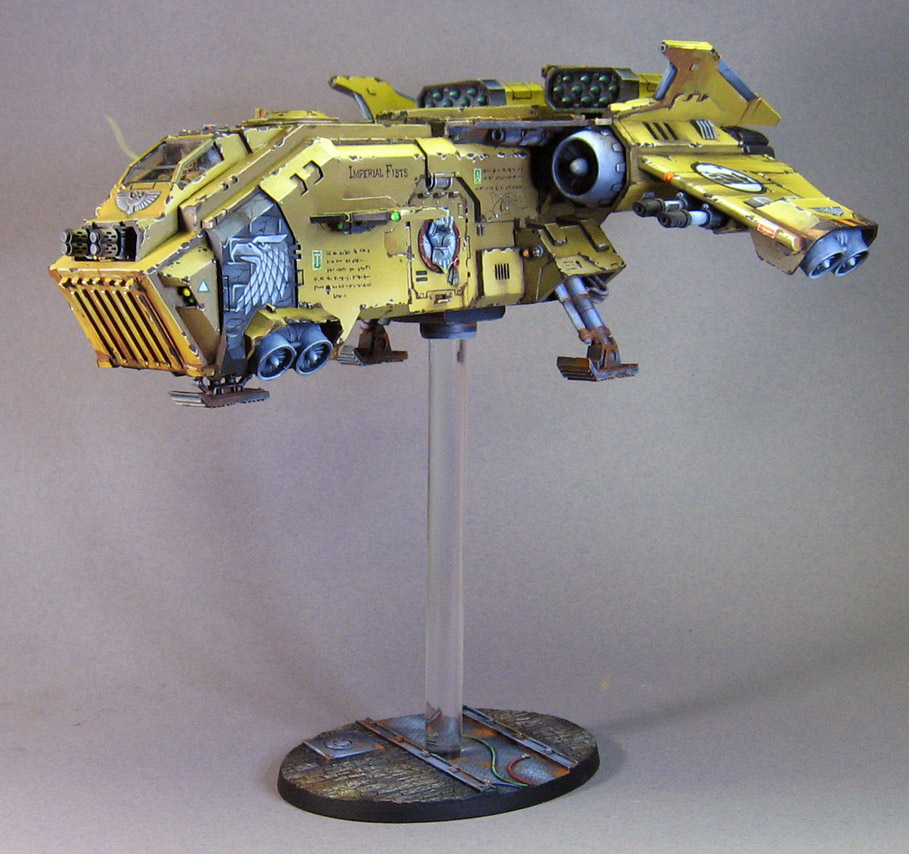 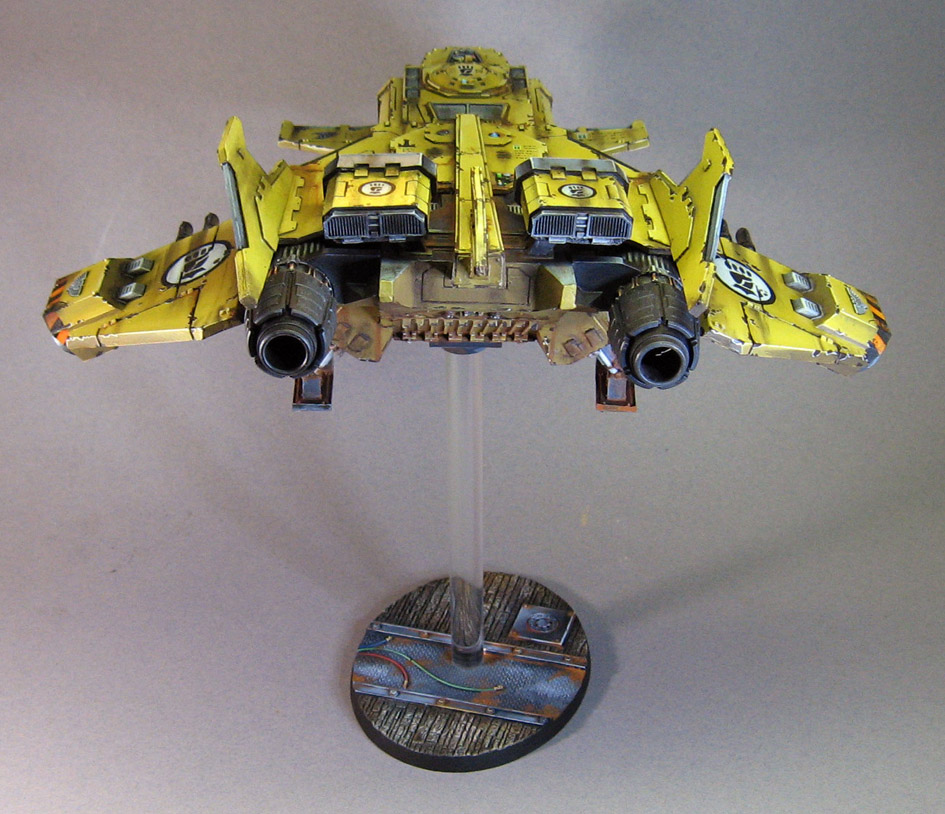 Posted by wappellious at 3:06 AM 8 comments: