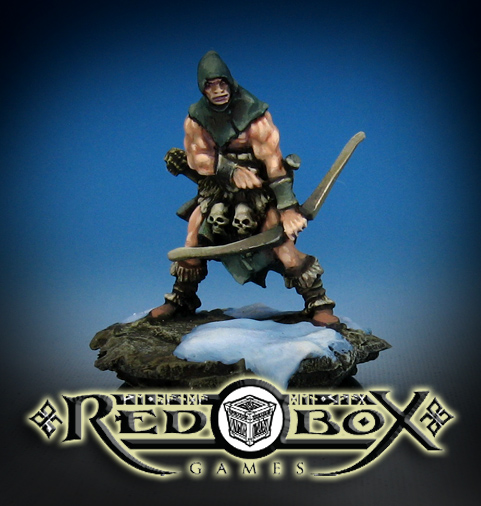 Here's another of the Red Box Games archers!

These are all part of the massive project that combines figures from several different manufacturers.

I did a step by step of painting these guys, with the first episode here:

Posted by wappellious at 4:28 PM No comments:

Getting into the Action! 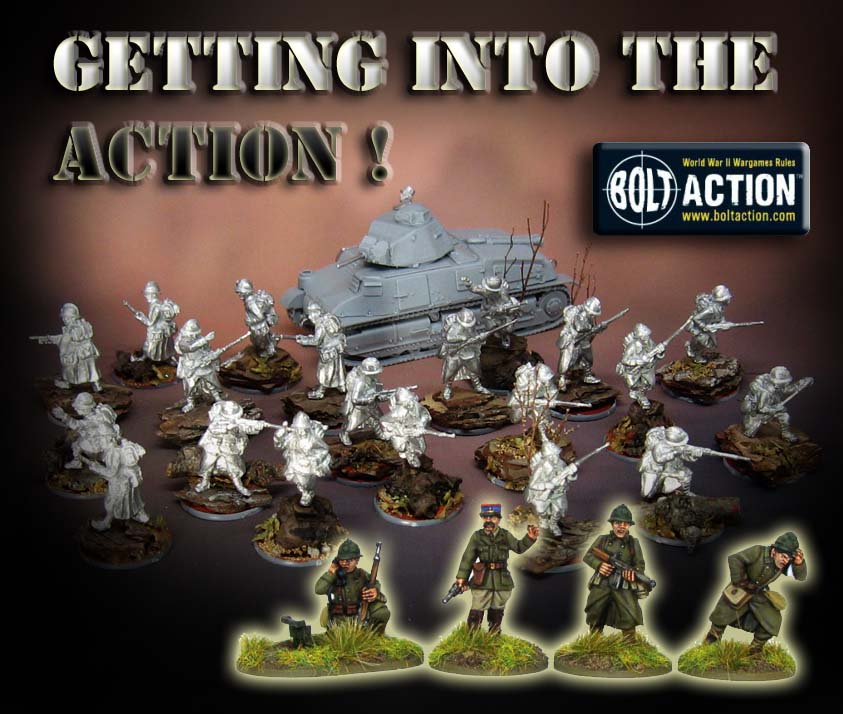 I have recently hinted that Bolt Action is something that you will be seeing more of as the rest of the year progresses. For a variety of reasons, my Bolt Action army will also be French!

The beginning is relatively simple, a few units of standard infantry, an artillery piece, and a Souma 35.  It will certainly be interesting to paint that after working on three 15mm Soumas!  Just assembling this bigger version was so strange... 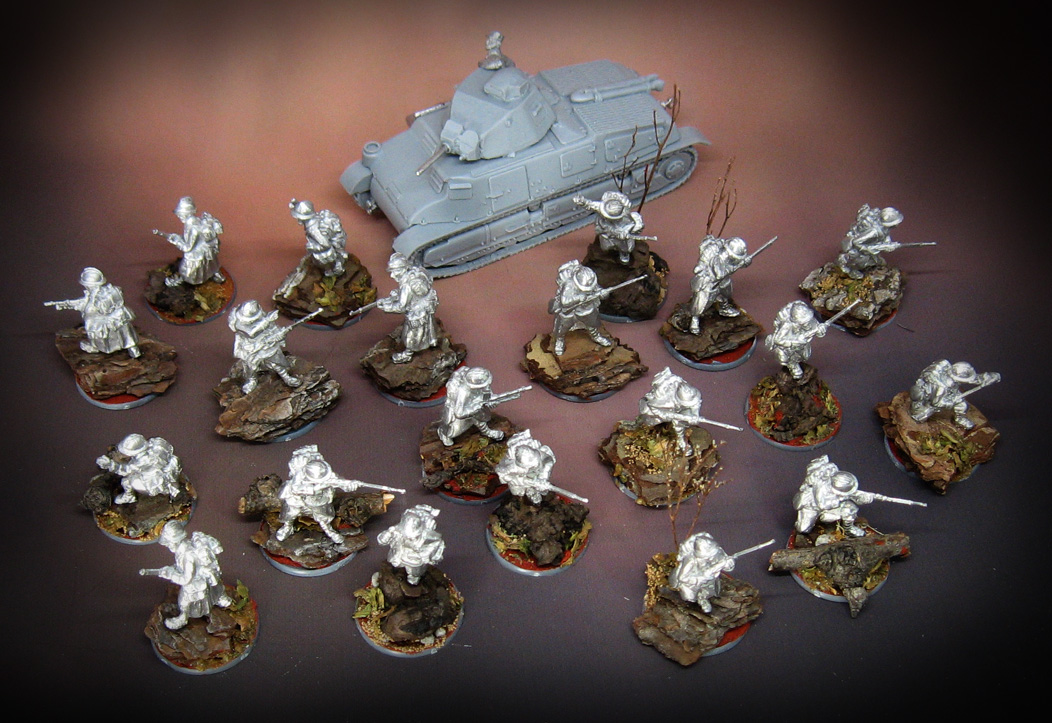 I have a few units of ten regular infantry, along with ten Senegalese troops.  There are a few special weapon teams along with some HQ to lead them.  I went with a very simple basing scheme with these figures.
How much actual use they will see is unknown at this stage.  I'm still getting over how huge they seem! 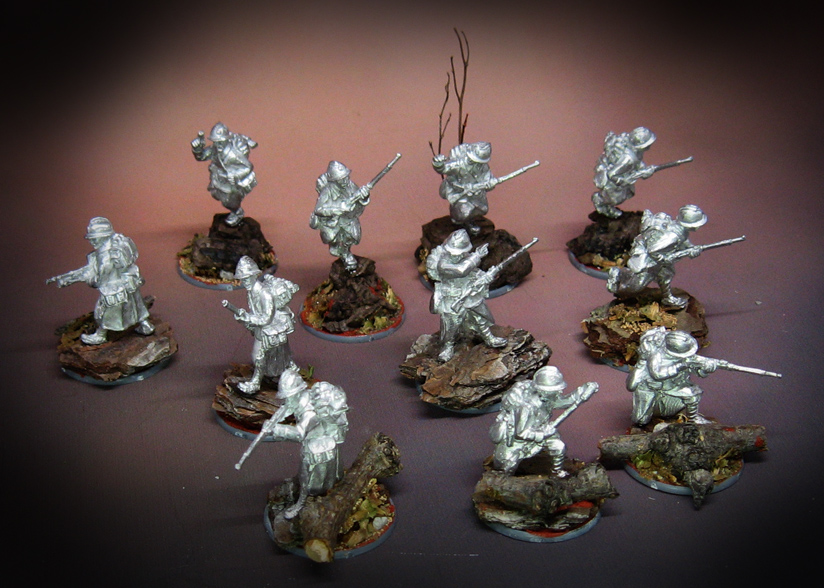 Painting this Souma is what I look forward to the most.  I hope that I can secure a few of the other vehicles along the way, since I have already painted 15mm versions of all of them.
The 28mm Souma truly brought home to me how tiny and awkward these turrets were.  I had to use the crazy tank commander figure to illustrate this point. 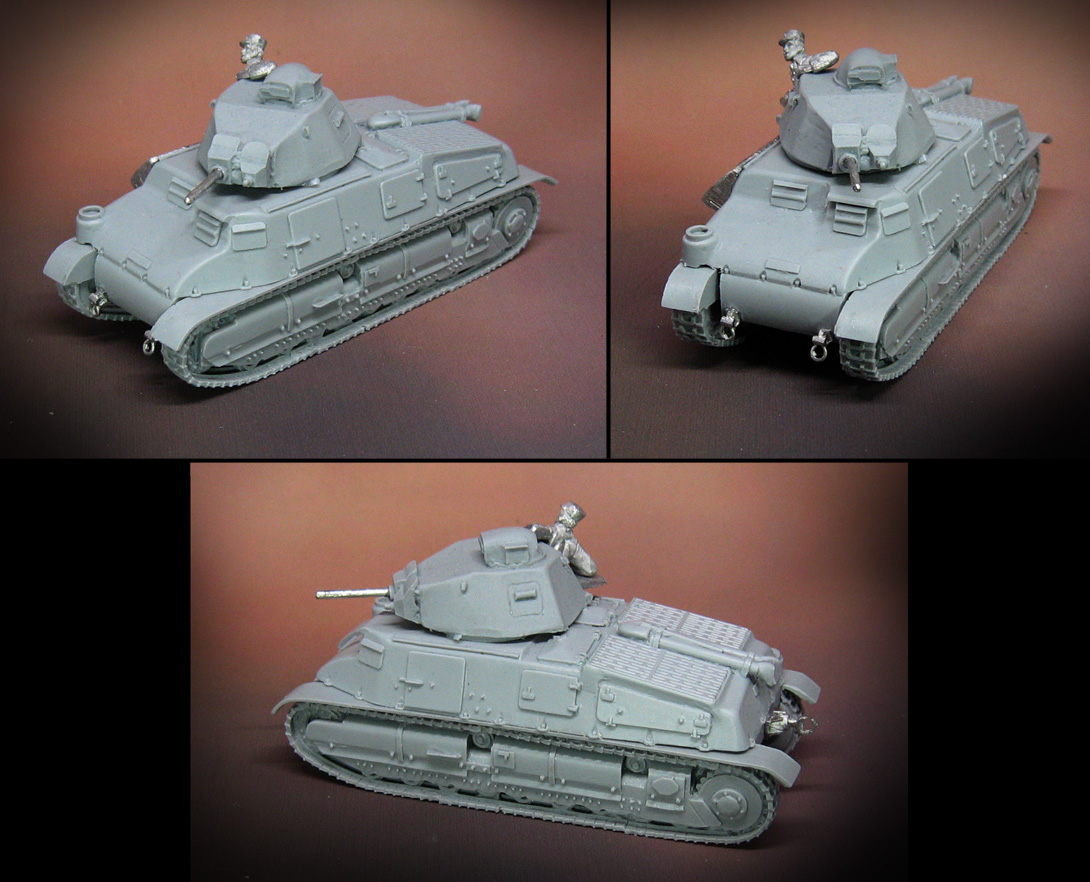 I thought it might be fun to make some comparison images between what I have already been working on in the tiny 15mm scale.  Shocking to see how big the 75mm artillery piece is when directly compared to one half its size! 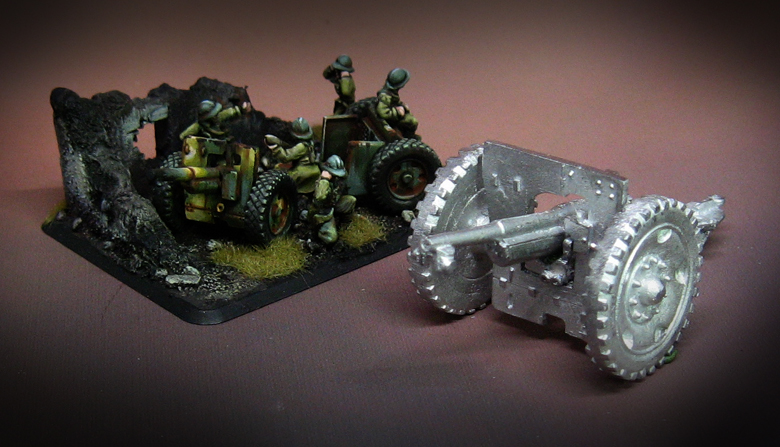 This was fun as well... comparing a Flames of War infantry stand to the exact same poses in 28mm.  These will make very fun side by side shots!!

I leave you with this view for now.  Stay tuned for much more... WIP articles on painting the infantry and tanks, plus terrain!! 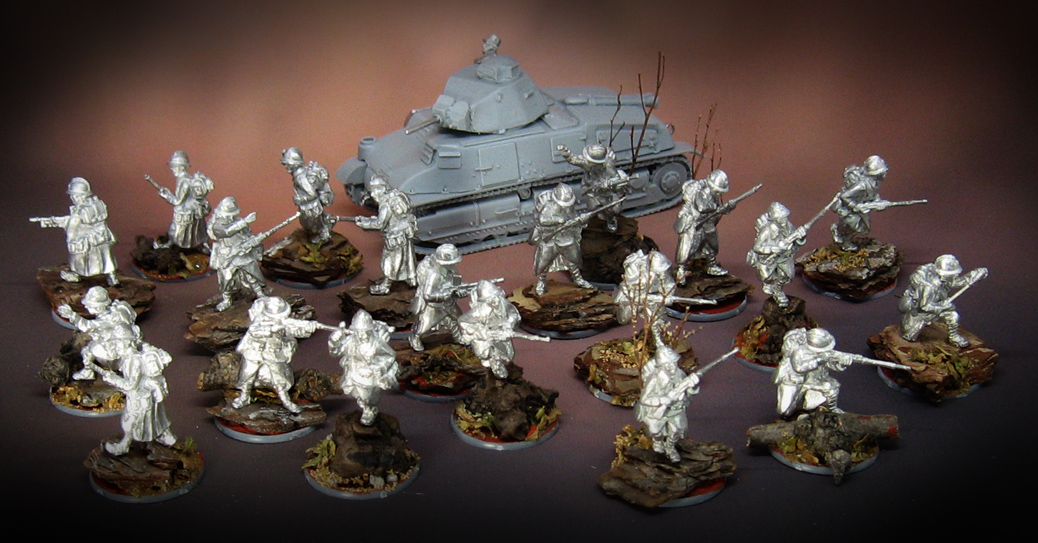 Posted by wappellious at 2:41 AM No comments: