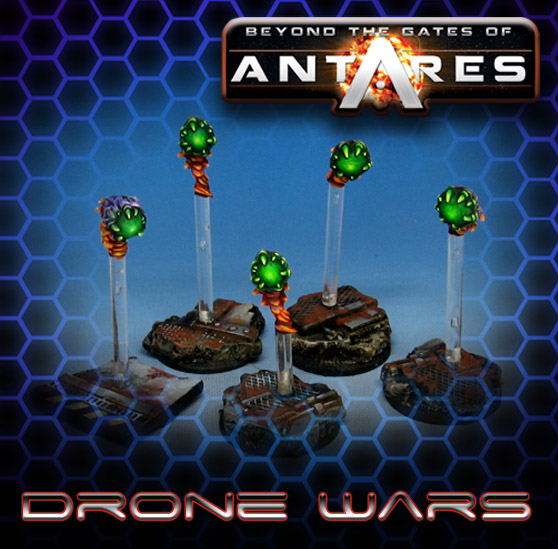 This is a collection of sci-fi style bases for the Gates of Antares drones.  I needed something relatively simple, but intricate enough to hold people's interest, since the figures on them are nearly invisible when you look at those bases ;-)

I used a variety of plasticard, sprues, sculpey, and even pieces of MDF from laser cut terrain. 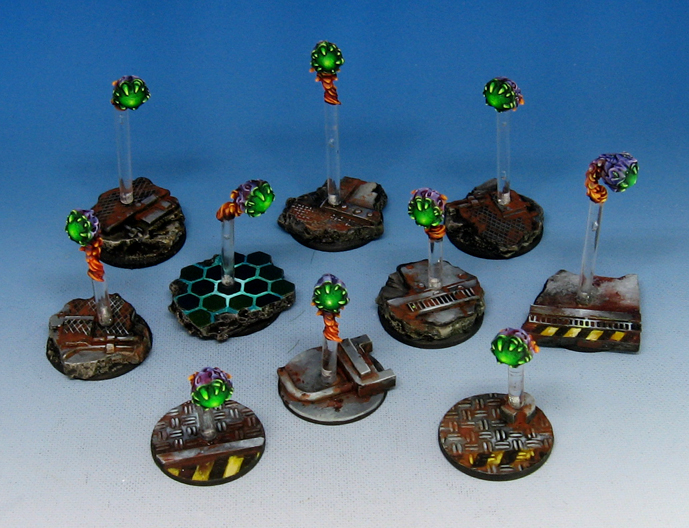 These drones accompany various units in the game, so most of the bases are also designed to match the intended squad. 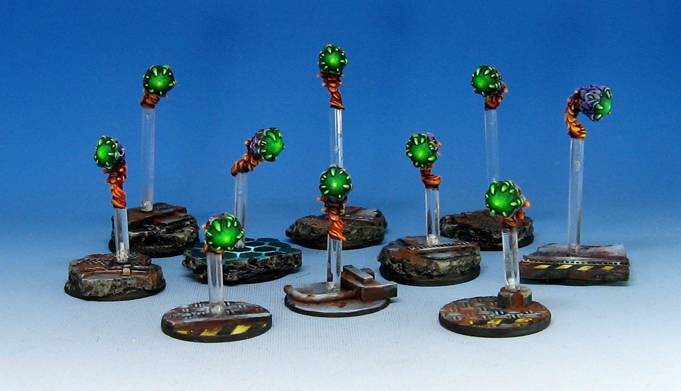 The heavier sculpey bases were used where the metal drone was leaning over a little more as a counterweight. 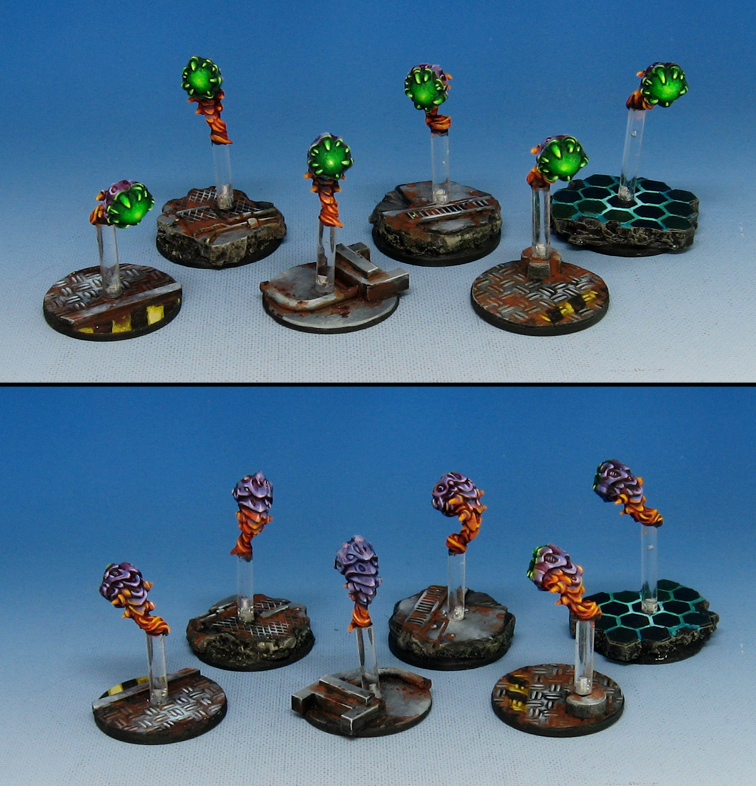 This set of bases was made using the Happy Seppuku moulds, all by pressing sculpey sheets into the moulds.

I will have a number of basing videos at Reapercon, including several sci-fi basing techniques.  Here's a quick preview video: 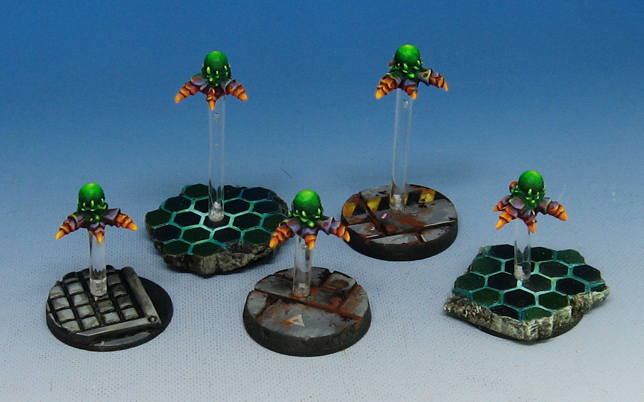