All aboard!! Heading to Wappelville station 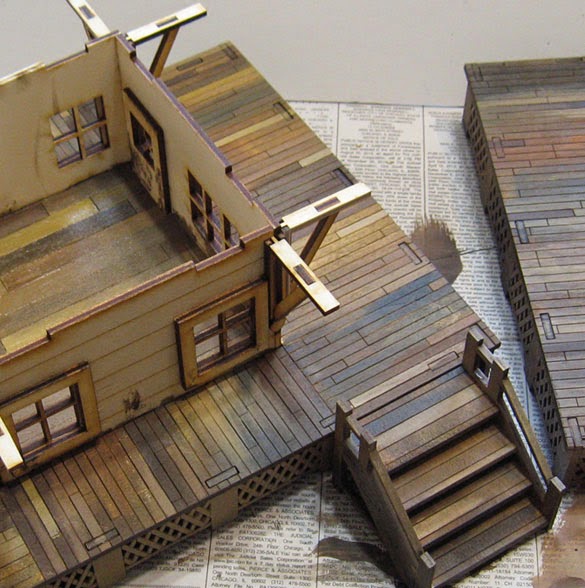 No, not the Petticoat Junction... that's the town of Wappelville and its glorious train station, provided by Burn In Designs.

Here we see the station with its component parts assembled... 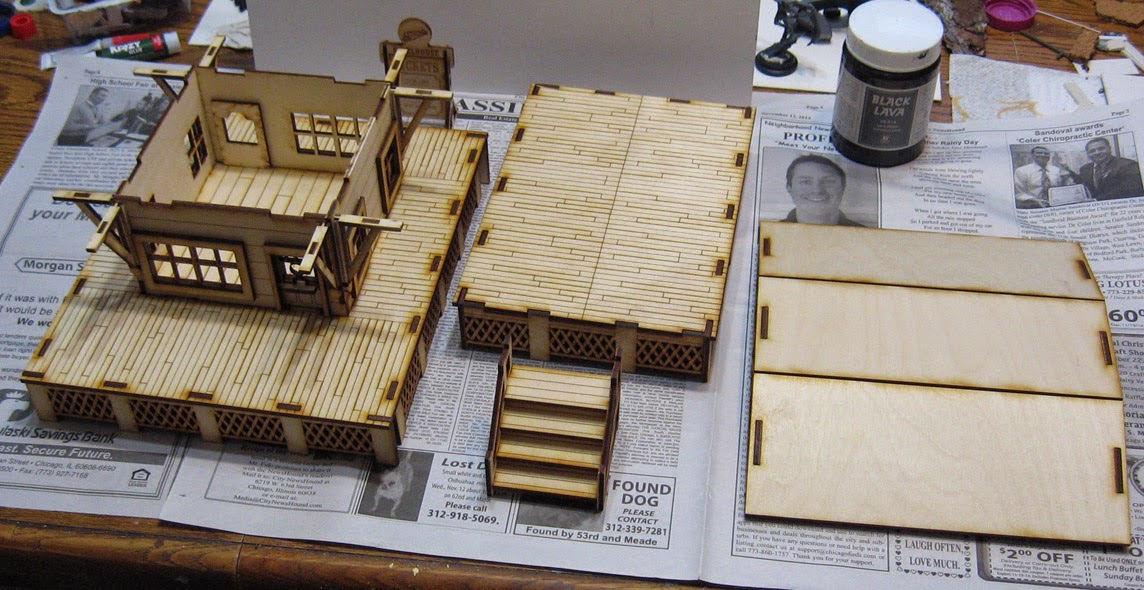 At first I was going to put shingles on the roof, but I decided to cover it with Valllejo black lava flex paste.  Since I wanted to put a sign on the roof (and allow minis to stand on it), I thought this was the better plan.

Also, if a train is sitting there potentially spewing ash from the stack, you might not want a bunch of flammable wood shingles there. :-) 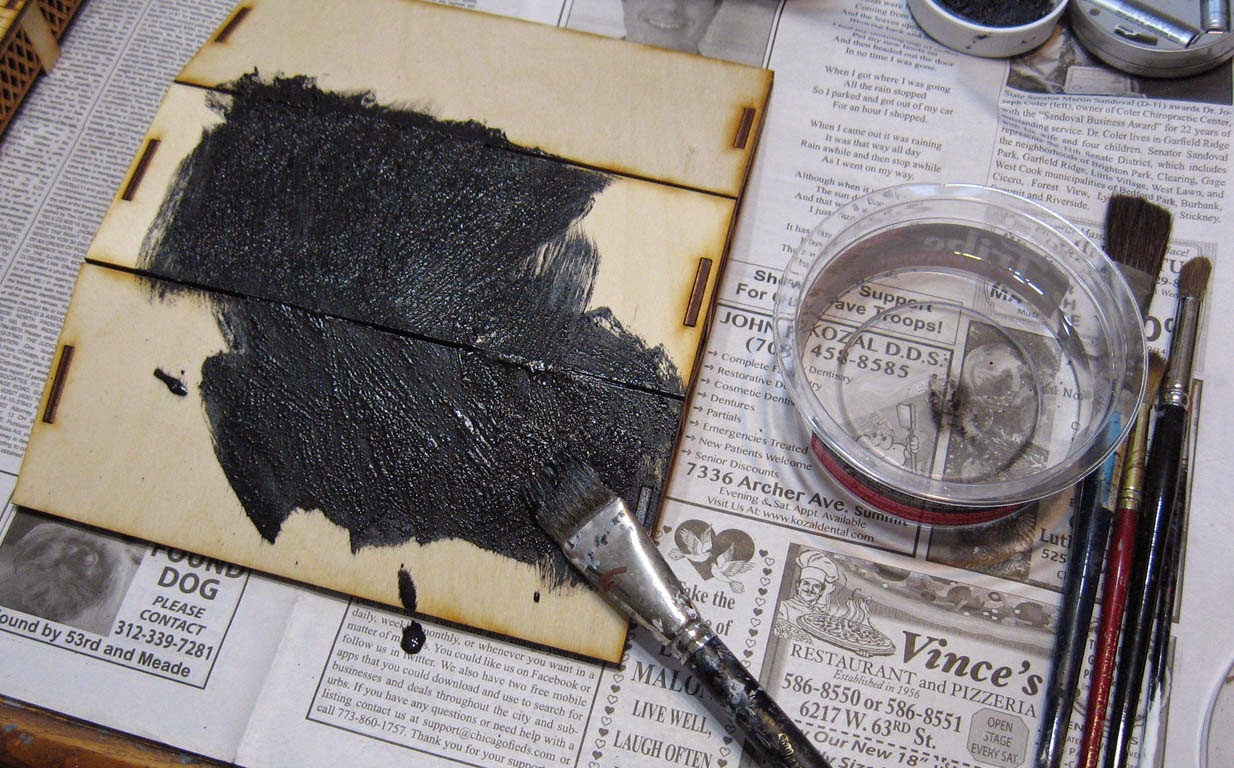 The painting of the wood planks is done just like the Jail.  I had a few basic browns and yellows on the palette (even a gray), and used a large brush to apply the paint.

This meant that it stayed wet, and I could blend the planks together.  This meant that I would get all sorts of fantastic weathered wood colors very easily!

Once all the surface was covered, I could then pick out certain planks to be lighter or darker. 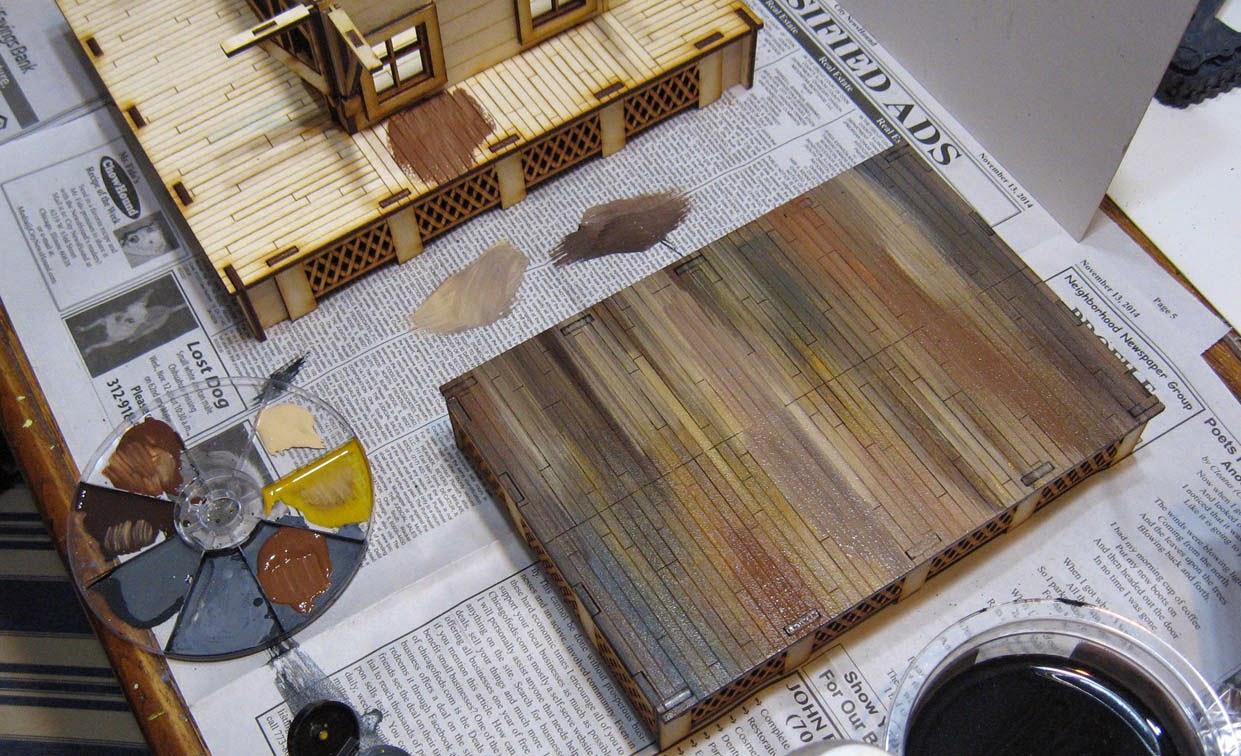 The Badger airbrush paints were excellent for this, as the wood absorbed them nicely, but they are already so thinned down, they flow across the surface with ease! 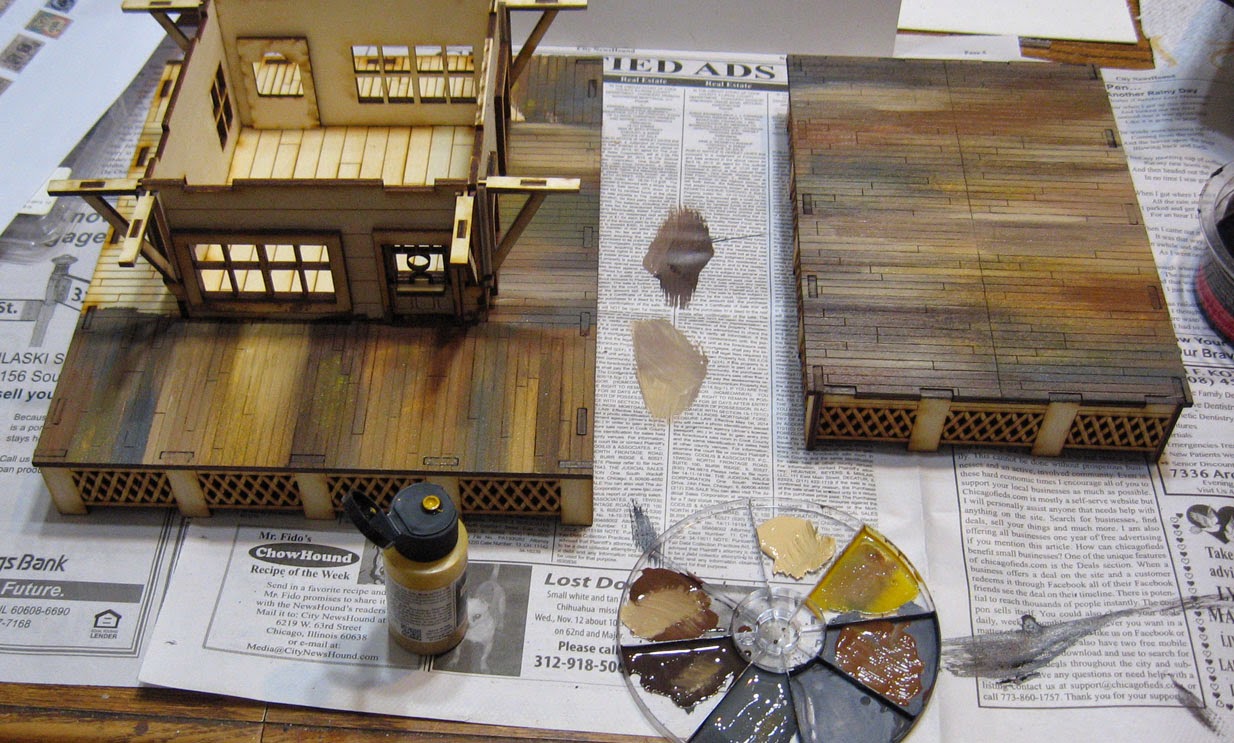 The basic outer planks have now been covered, I can pick out those individual planks now.  If I have worked quickly enough, the paint is still pliable... thus allowing me to blend those lighter or darker colors easily. 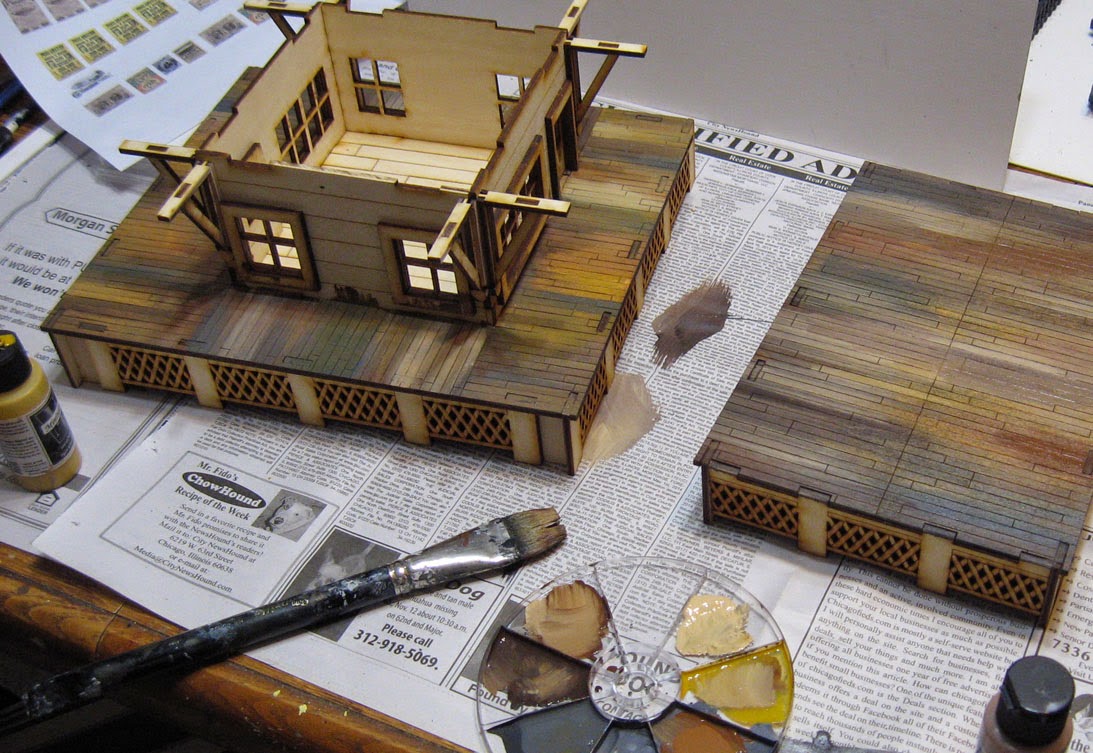 Now you can see that some darker and lighter planks are added.  Just a few accents here and there... don't get too crazy.  They are also varied in color.  The darker planks were done with a dark brown/gray mix. 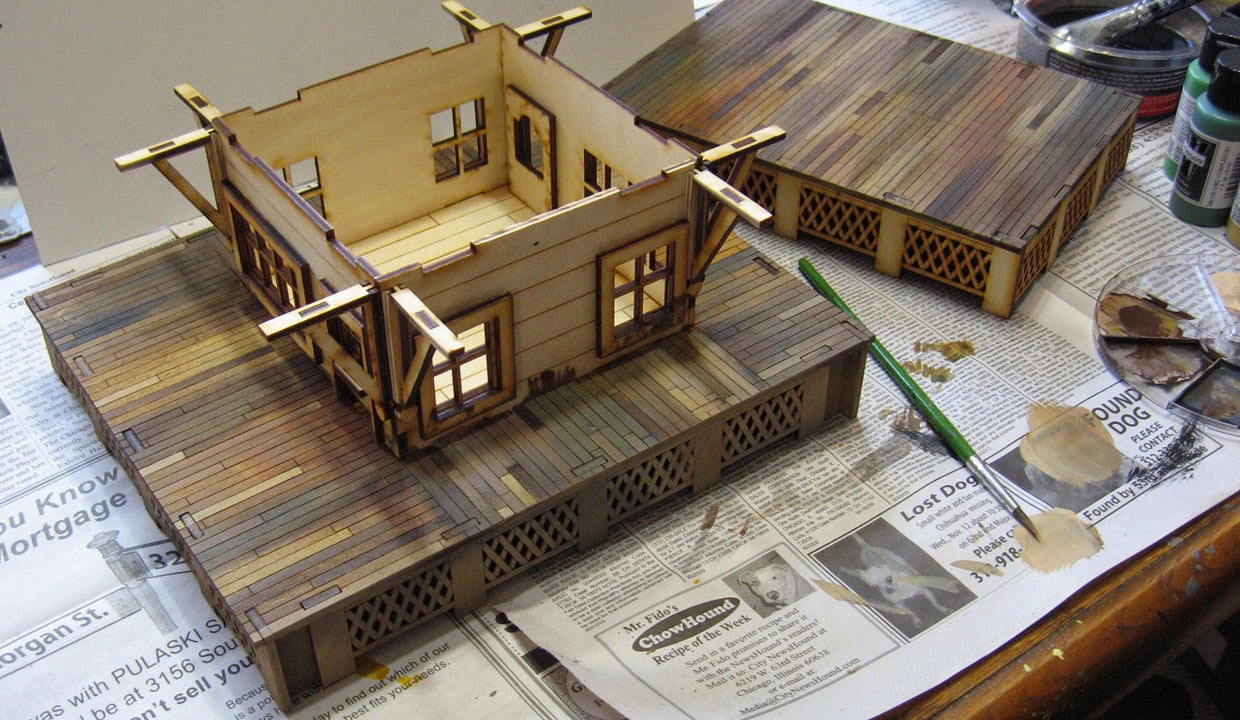 The interior floor planks are done, with a slightly different set of shades.  These didn't have to be quite as weathered.

Speaking of weathering, there will be additional aging done on the outer planks with Secret Weapon weathering powders. 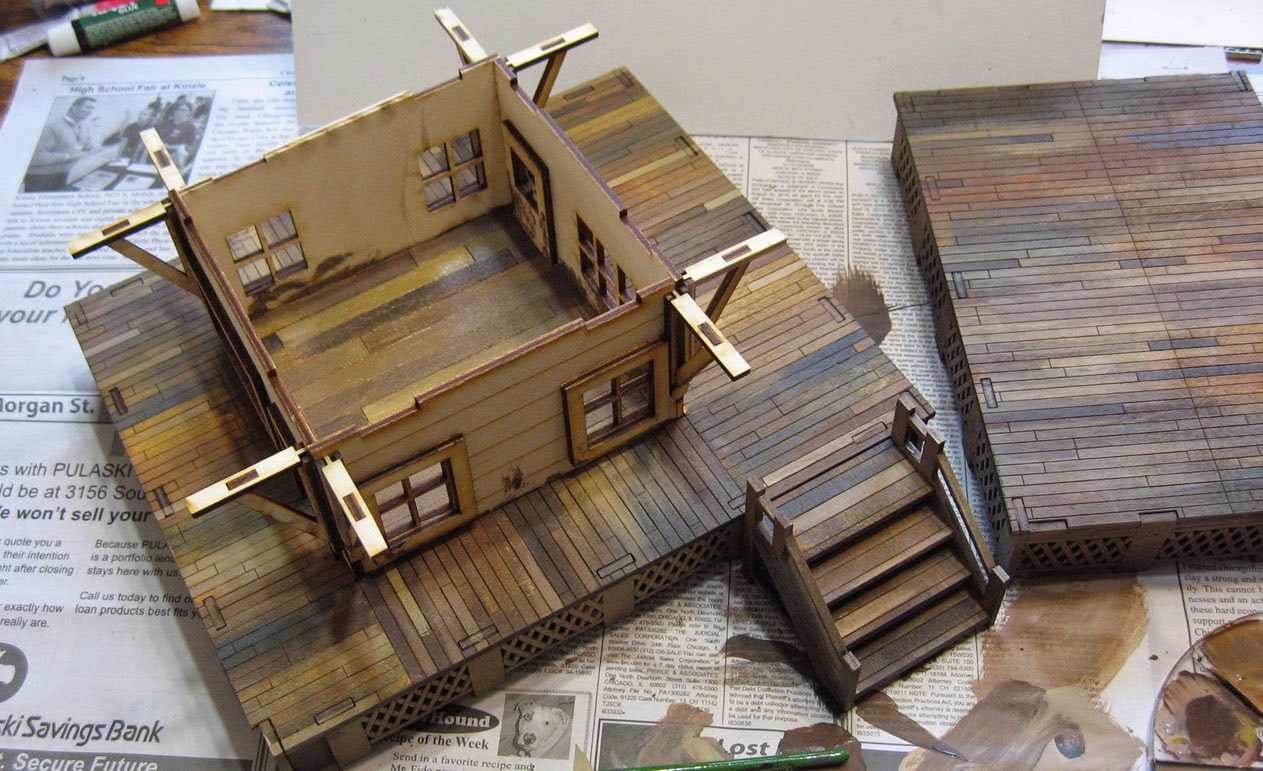 The color choices for this station were set many years ago when the first Wappelville station was constructed for our model train set sixty years ago.

The building was eerily similar to this structure.  It was also in "S" scale (American Flyer), which is pretty close to 28mm.

The building was white with green trim.  So, that's what I wanted to do here.  I decided to make the walls a light green, because I want the signs and posters on the interior to have some color other than white to provide contrast to those pieces. 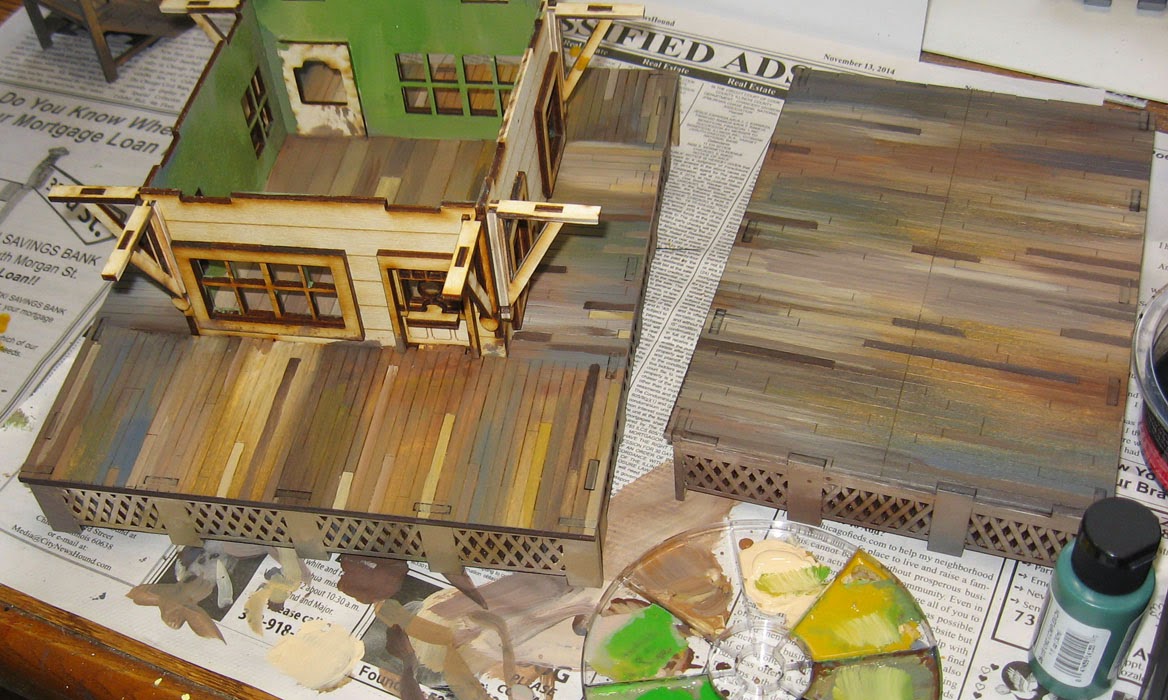 I had to paint the green sections first, since they were quite heavy and deep.  It would be easier for me to go back in later with the off white for the wall planks.

It was odd to proceed that way, but that's necessary sometimes!

In the next episode, you will see the painting of the exterior, and all the signage! Stay tuned... 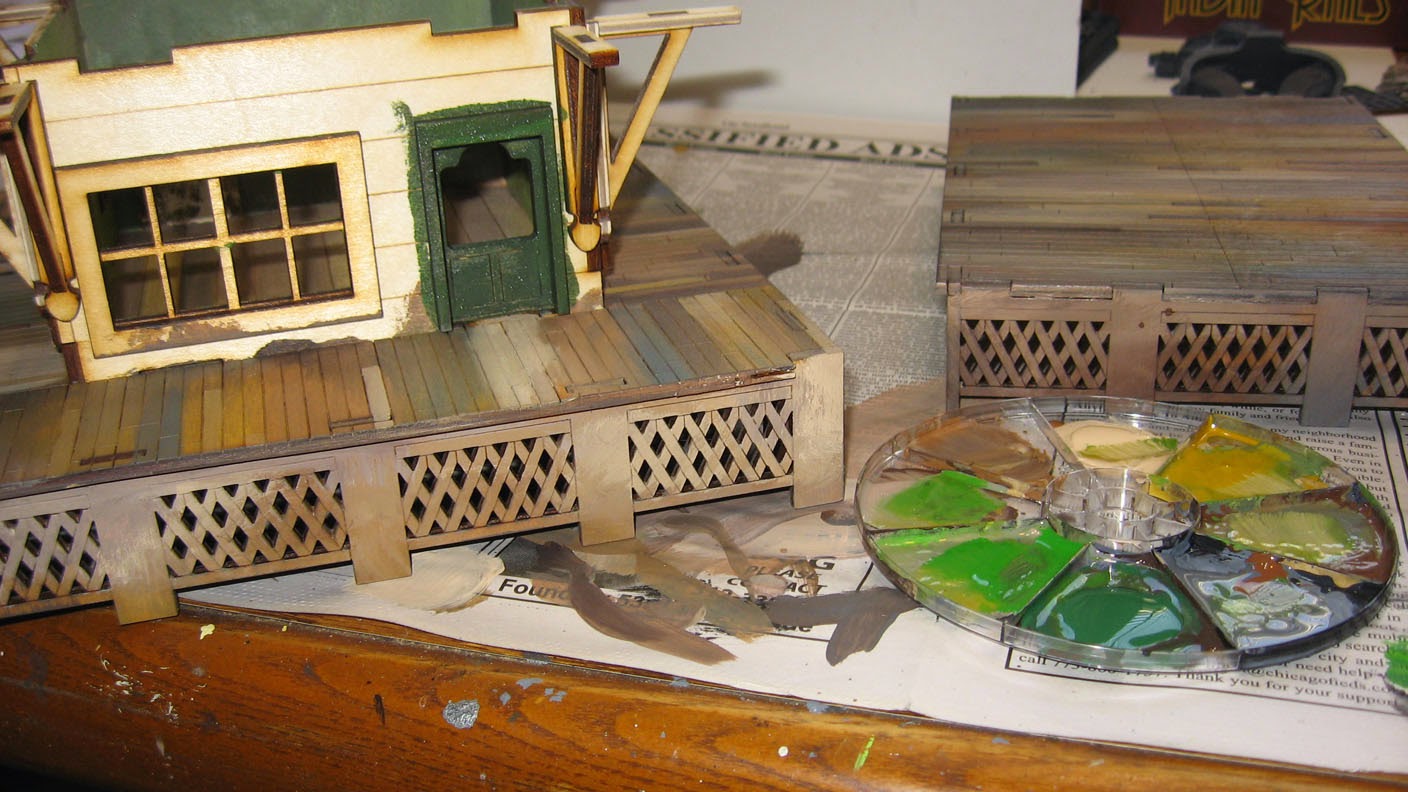 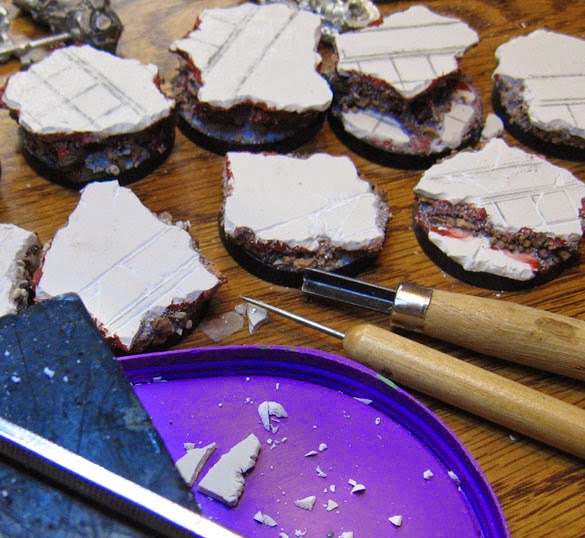 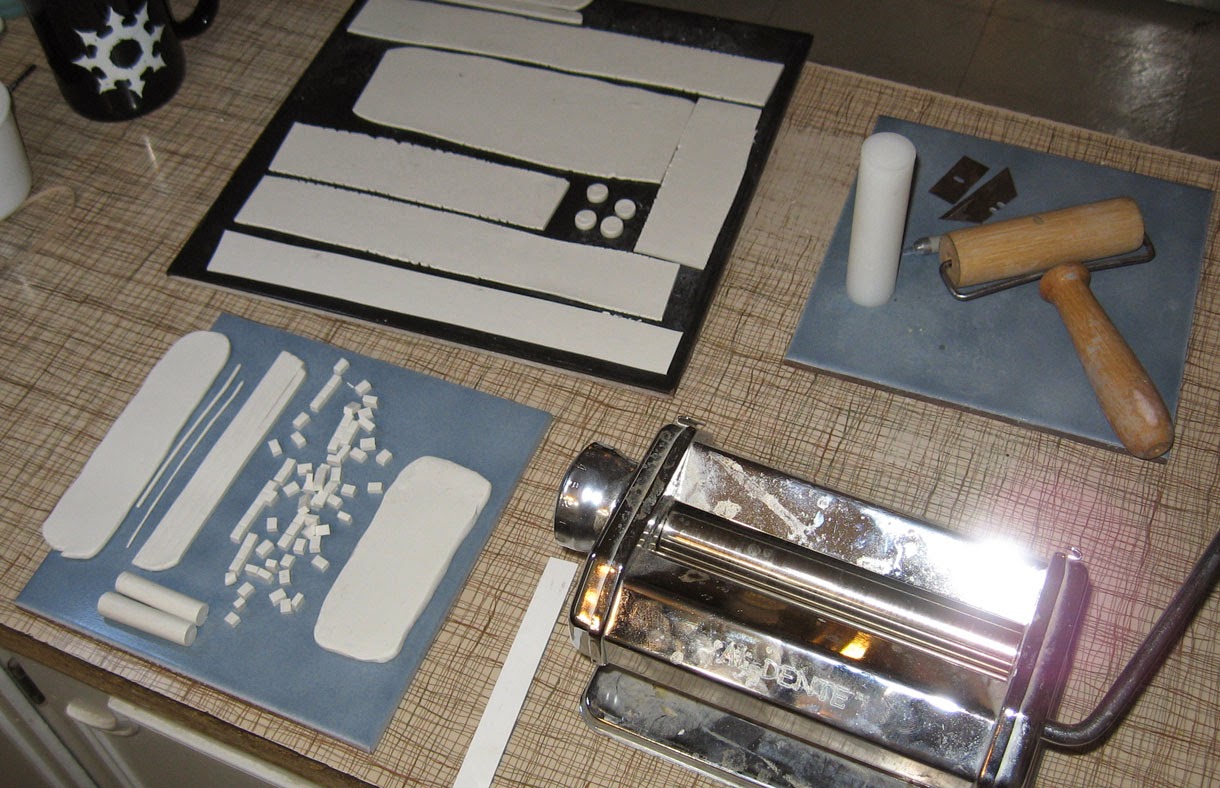 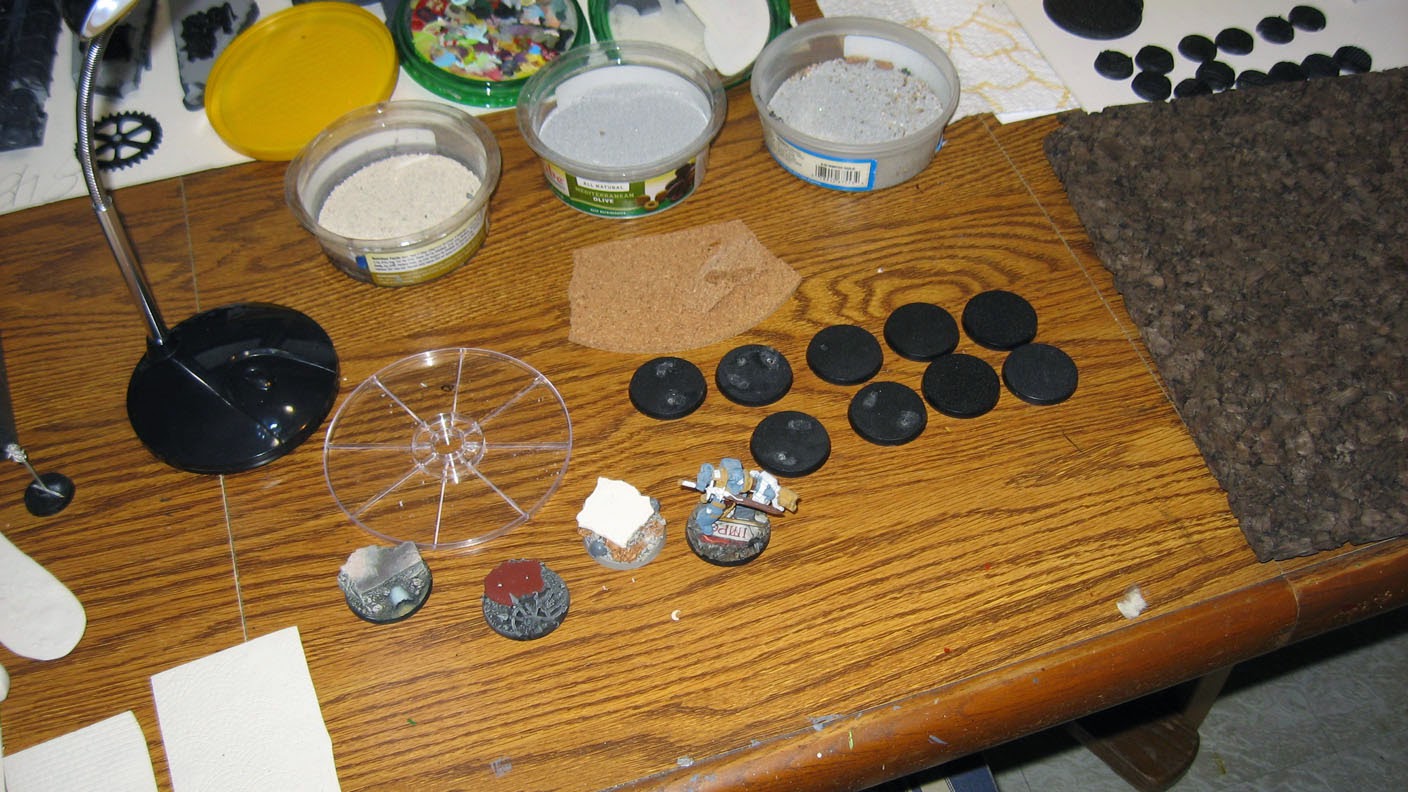 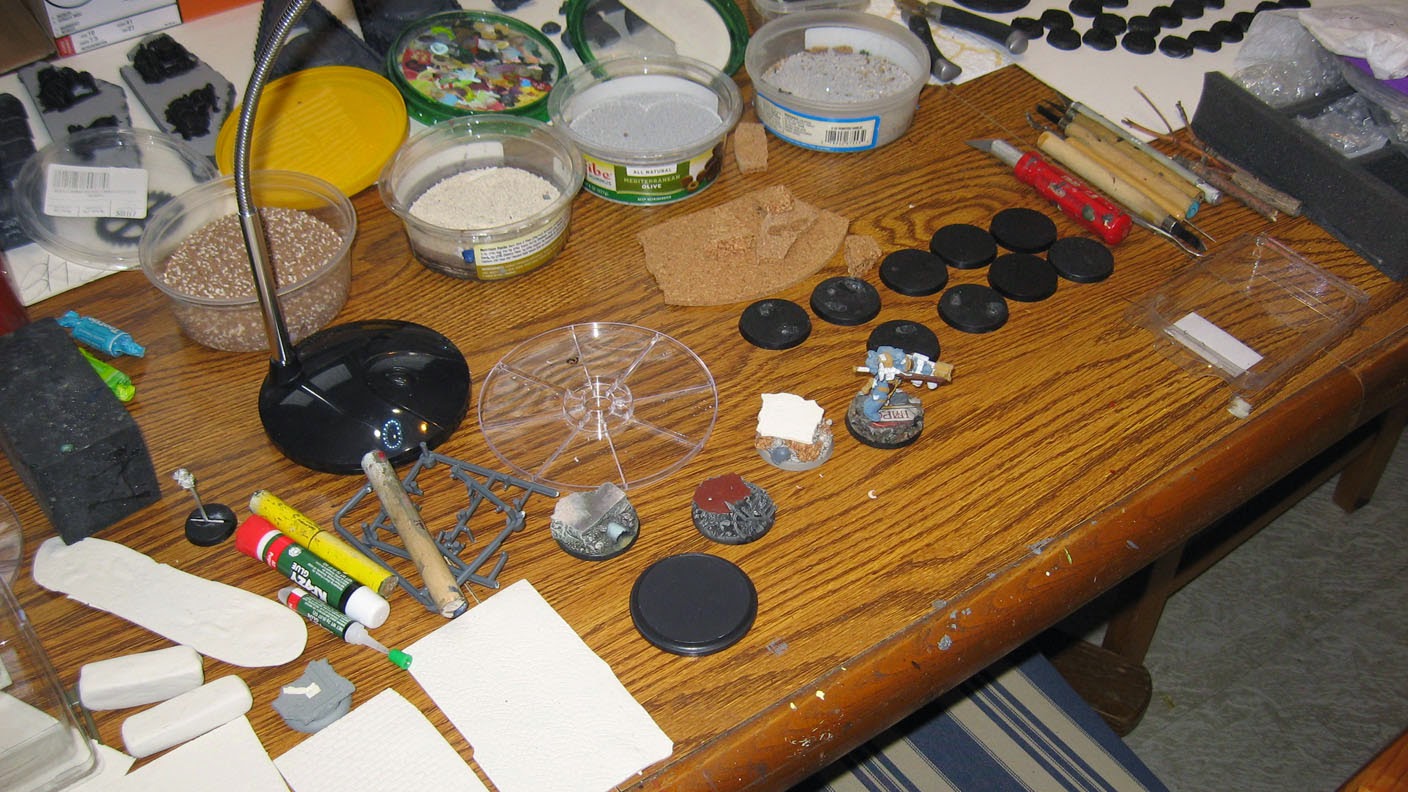 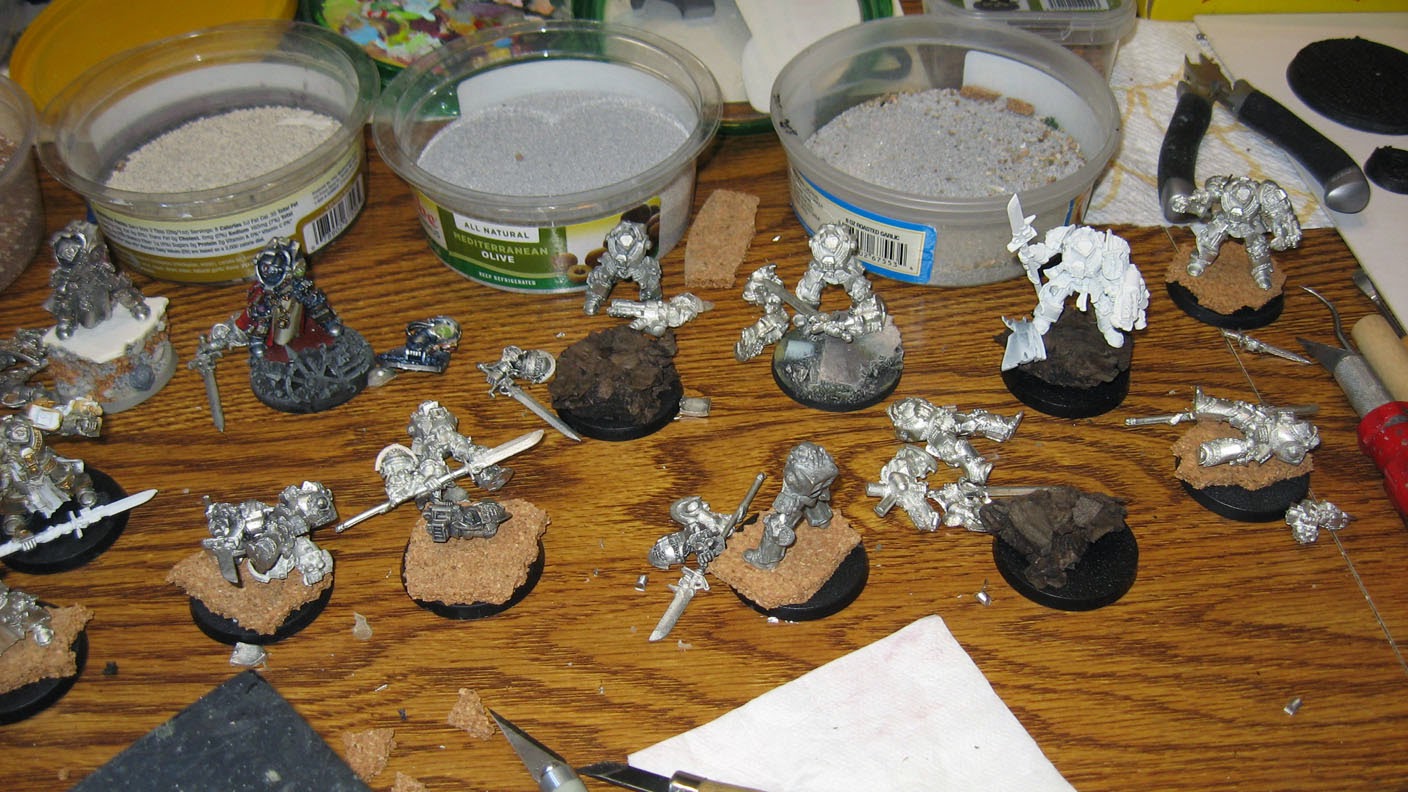 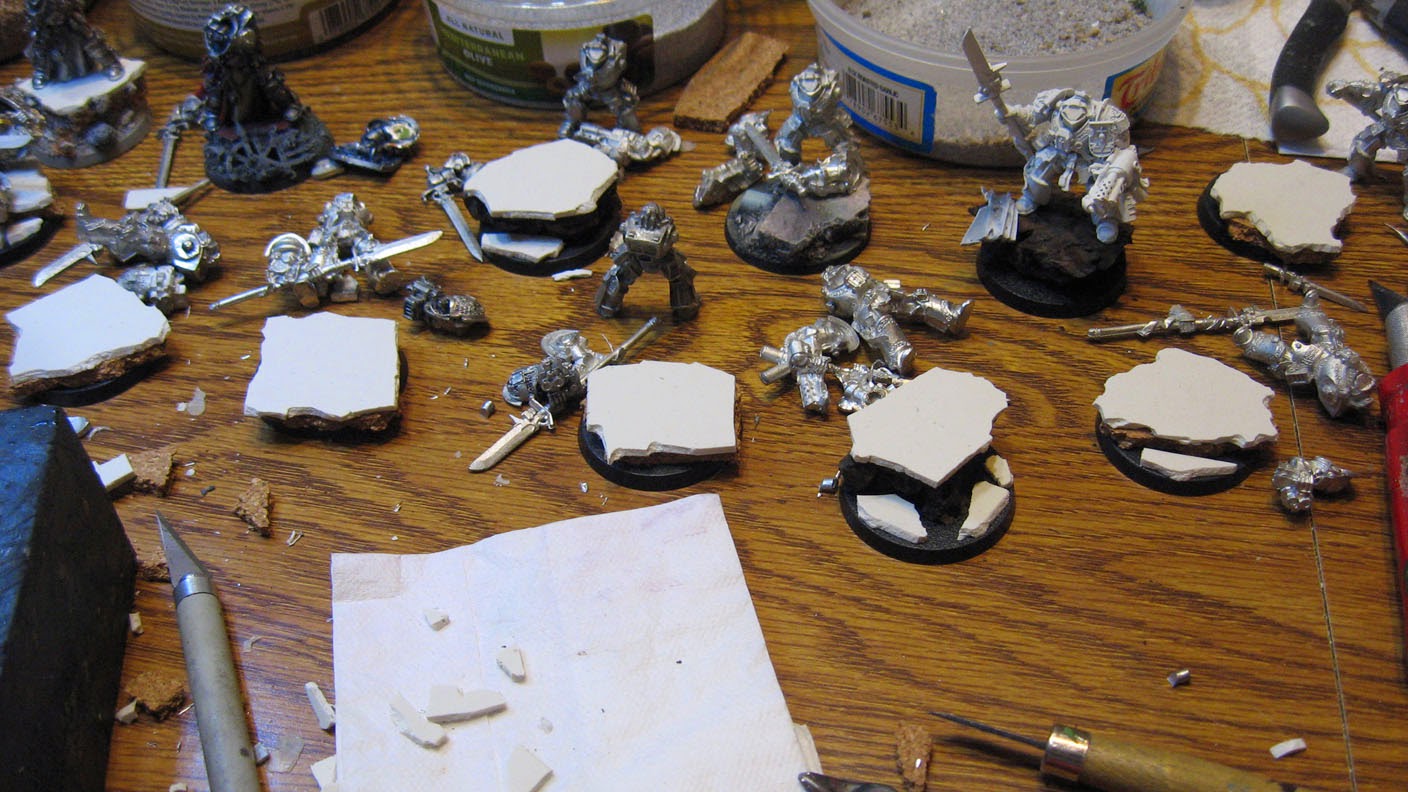 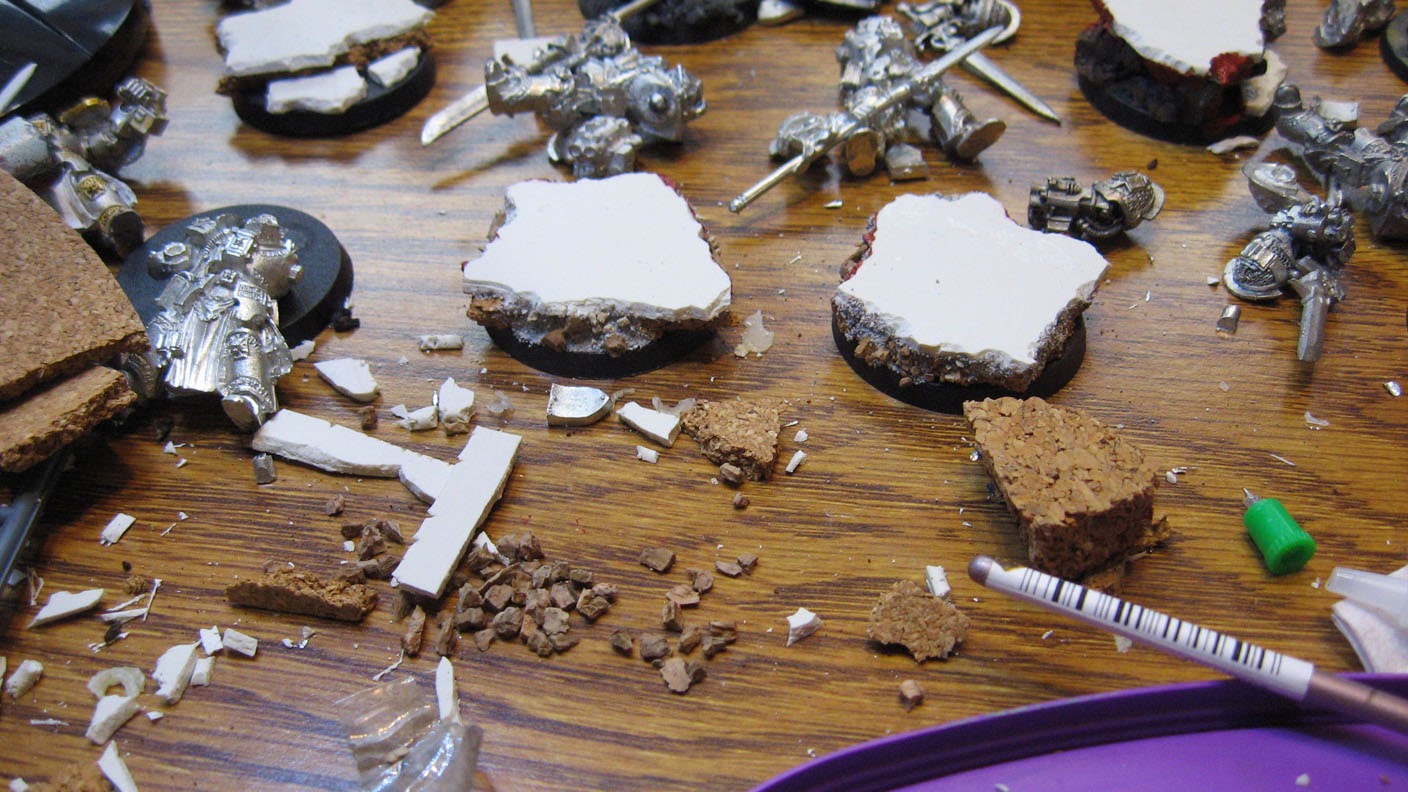 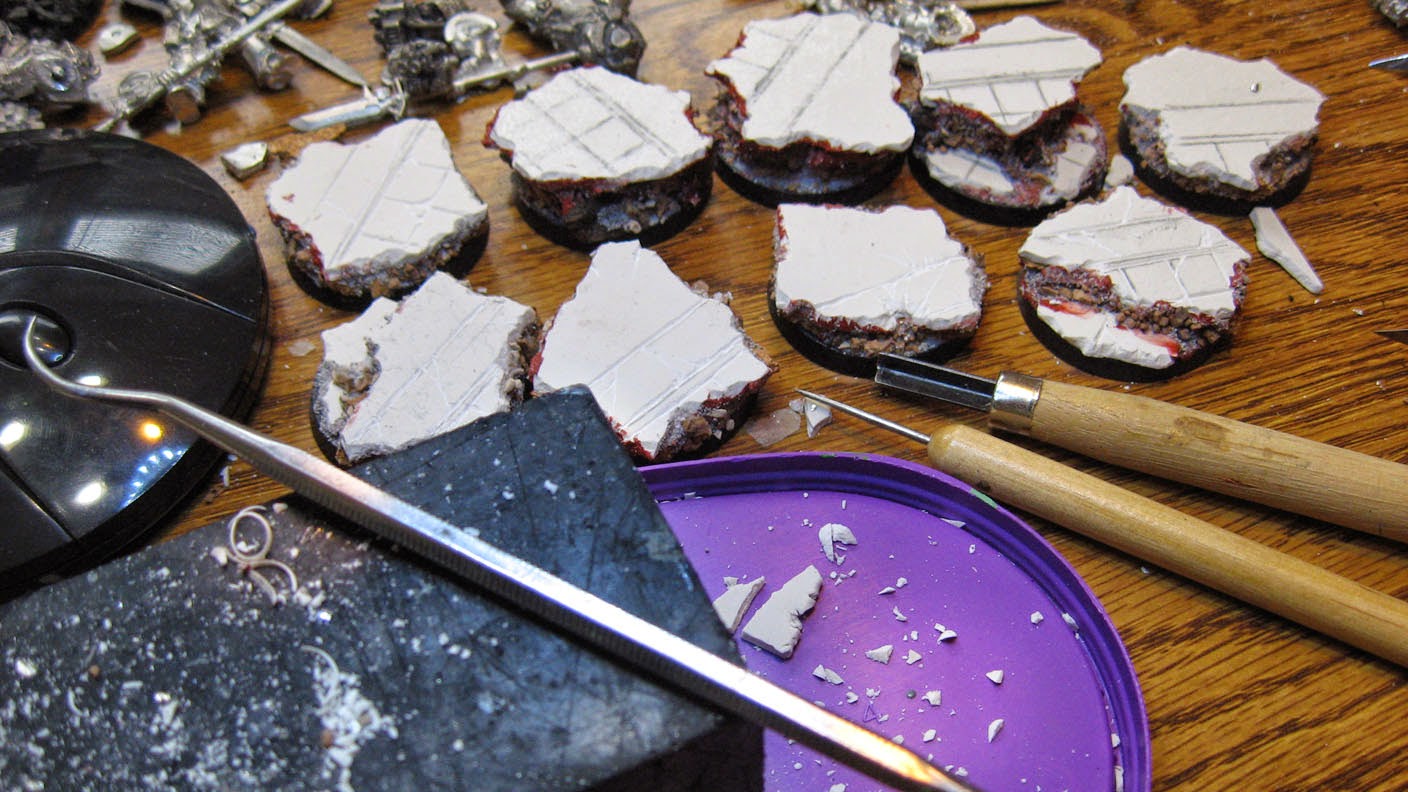 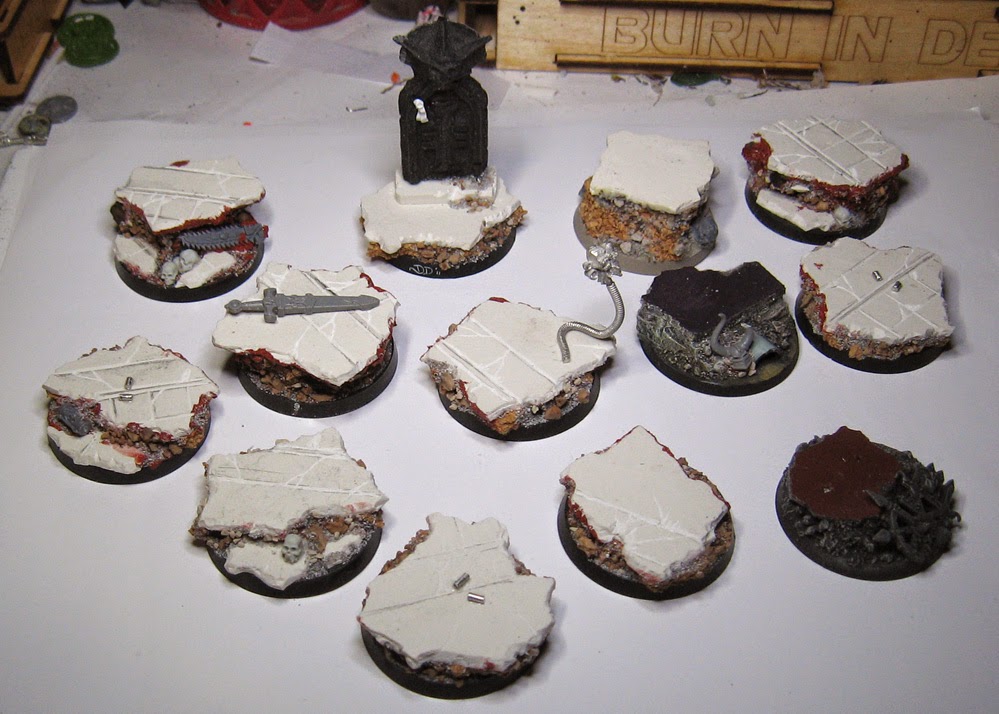 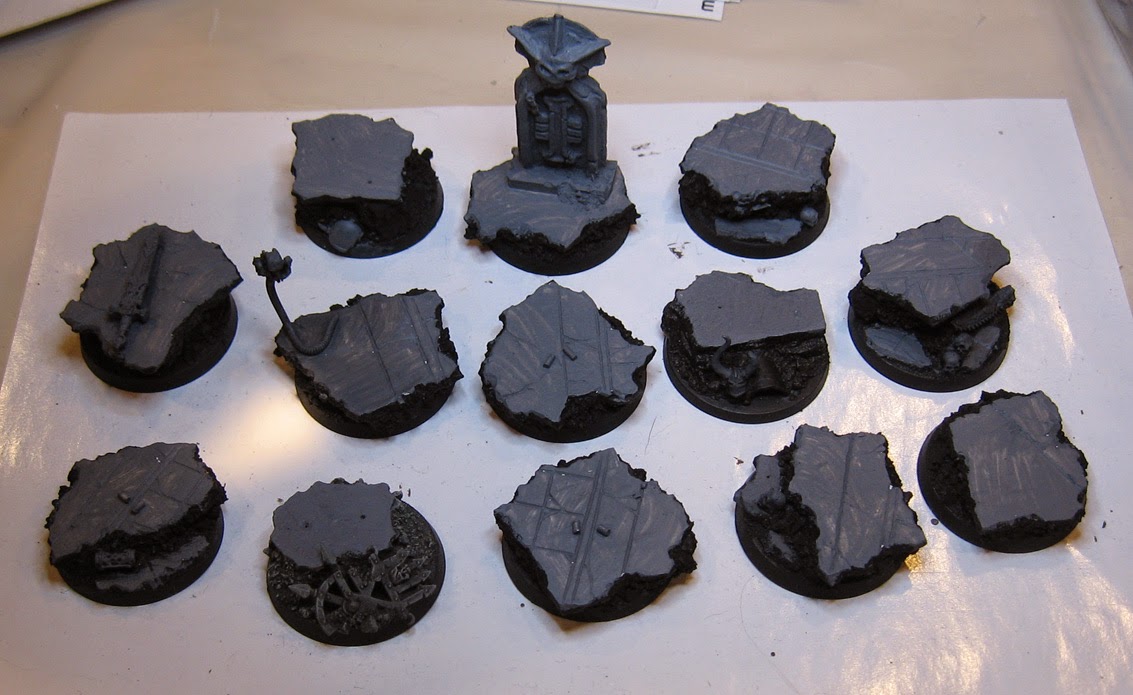