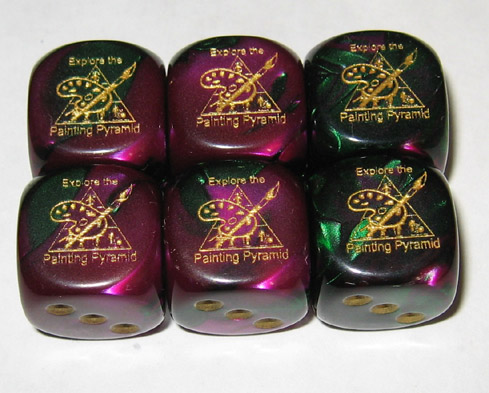 Well, when we finally completed the 8 hour drive back from White Bear, there was a box waiting in front of the door.

I thought it was something else at first, until I saw the name, and how heavy it was!  Eight pounds of something...

We opened it up, and started digging! 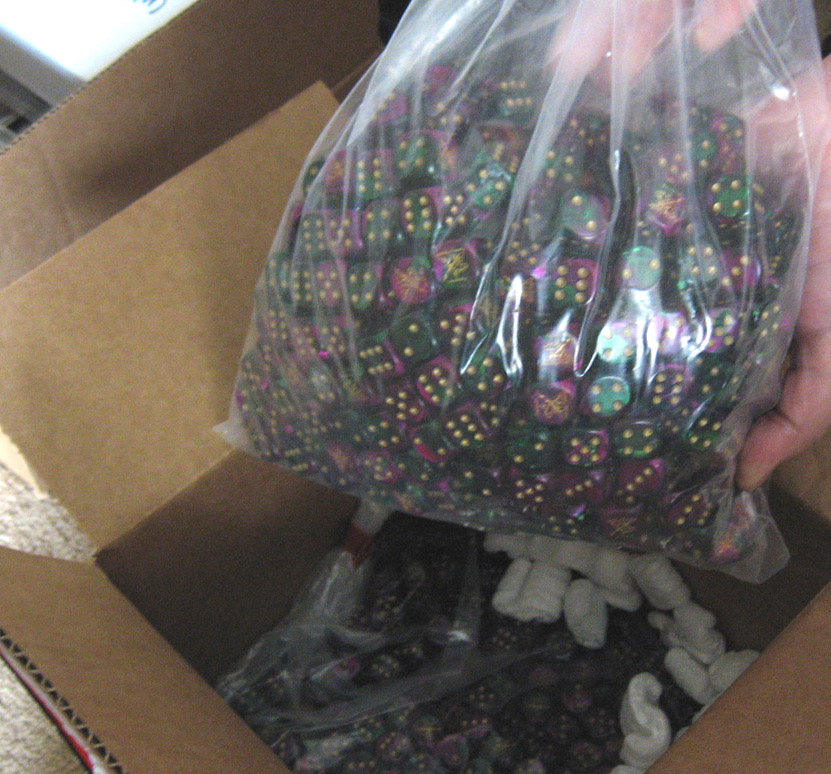 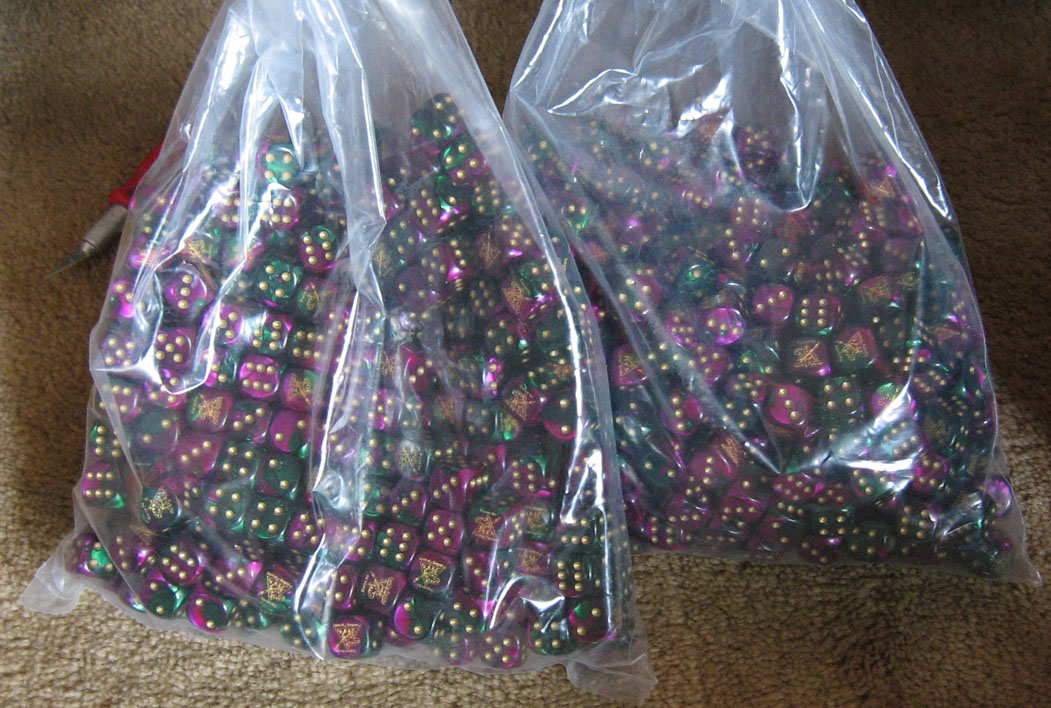 So this is what 800 dice look like.  I have never, ever, seen so many in one place before! 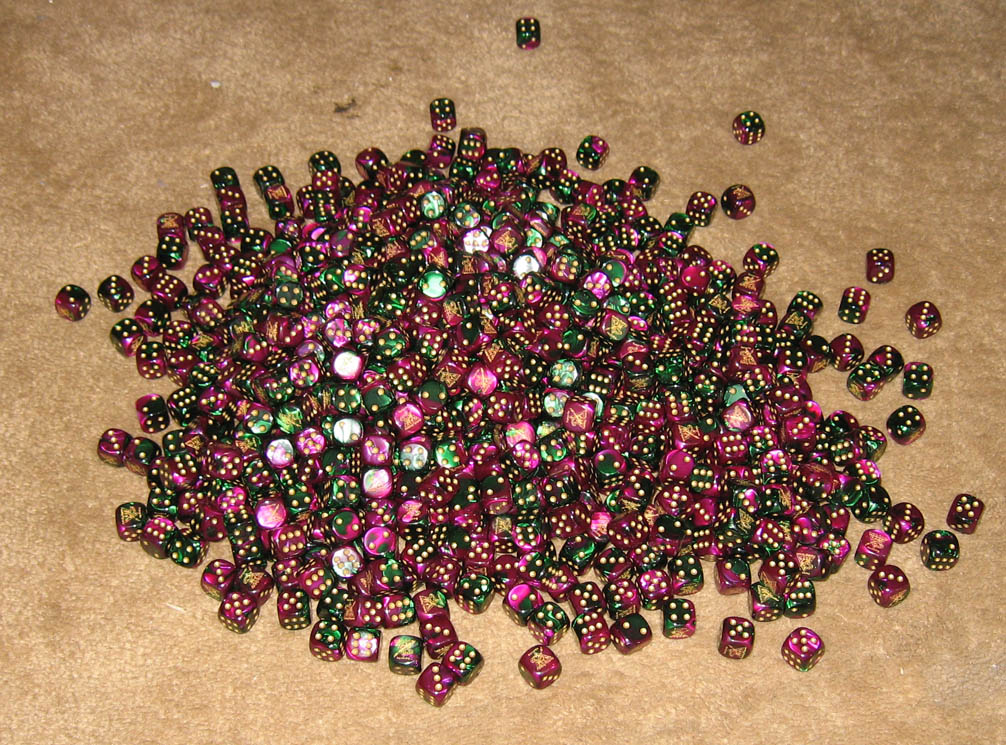 It did not take long for the Uglies to create a new game for themselves.  They called it Pyramid (actually they called it 'Get more triangle thingies'), but what's in a name? 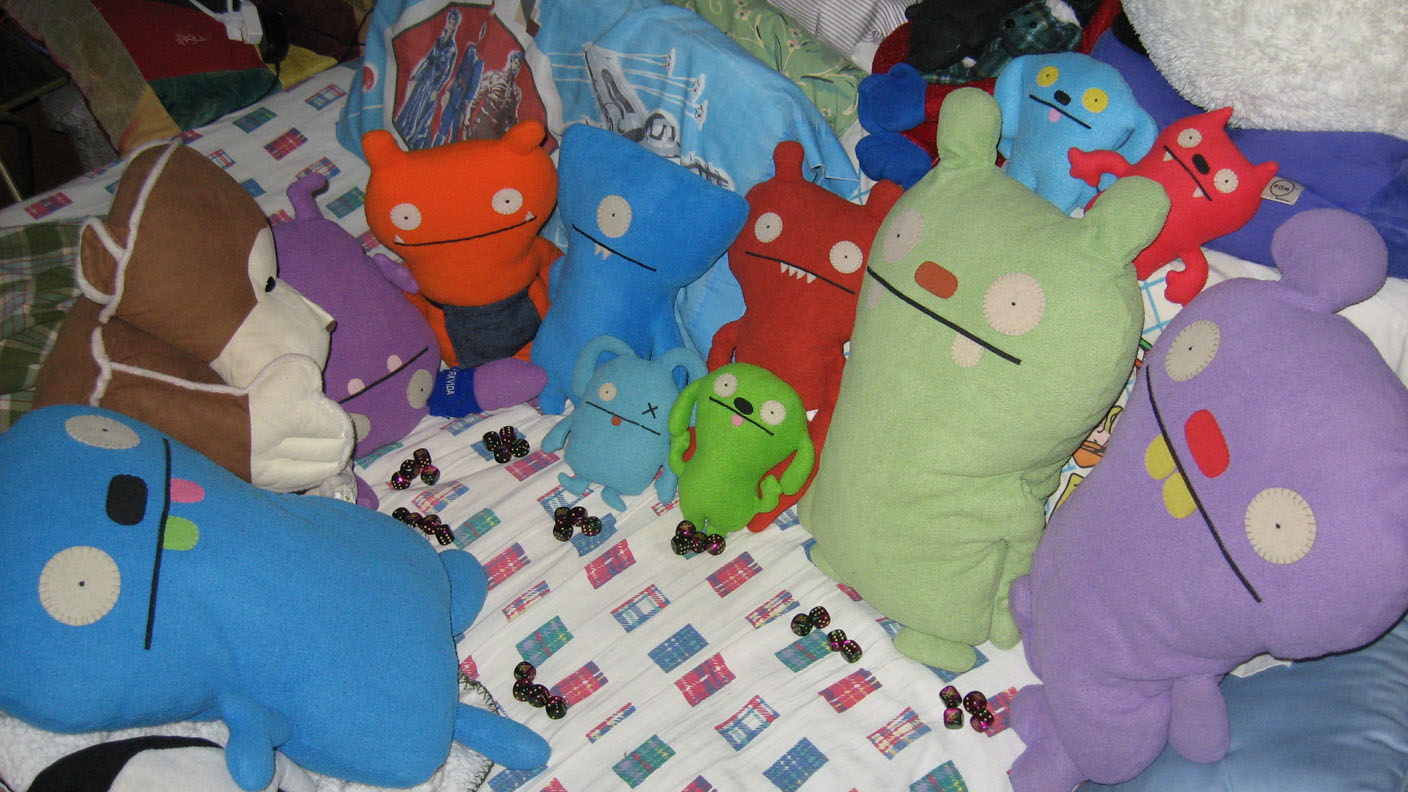 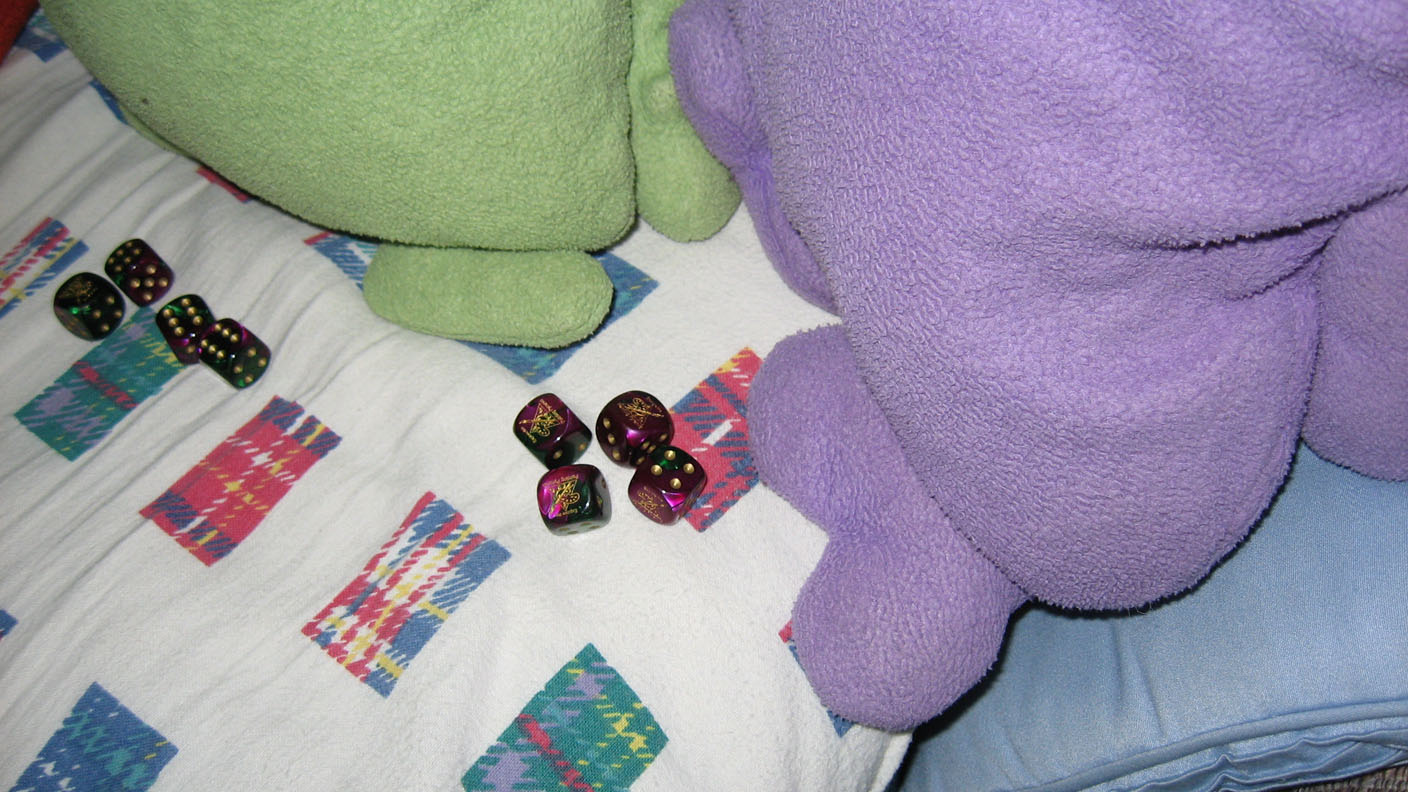 These were much sharper than the sample dice, which was very good when I saw it.  There were all sorts of nice color varieties... some more green, some more purple.  Just like the Painting Pyramid! 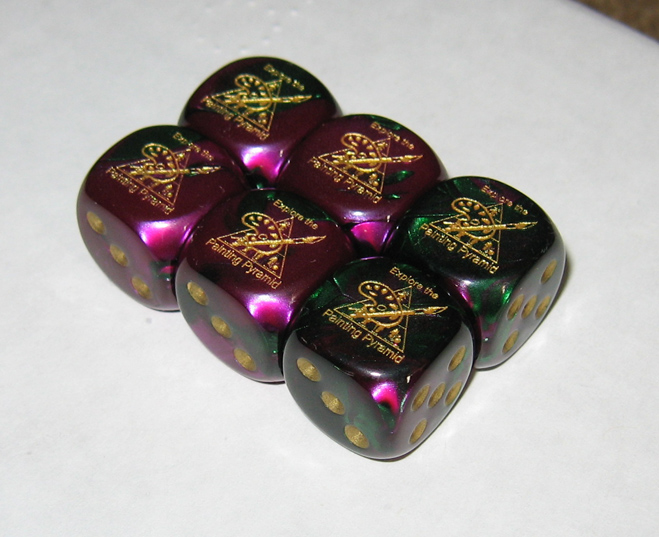