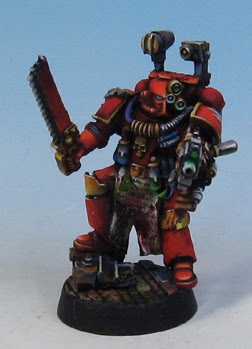 Another one of those Forgeworld minis today. 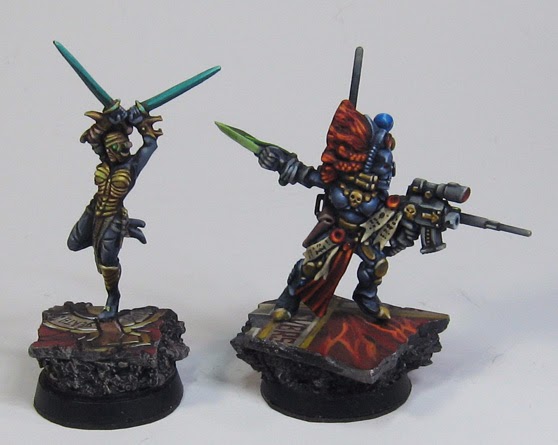 To wrap up the Inquisitor retinues, we have some assassins.  The figure on the right is my favorite of all the assassins that I made.  I had converted a Vindicare assassin, but had no luck there.  When I made myself an Eversor, that proved to be much more fun. 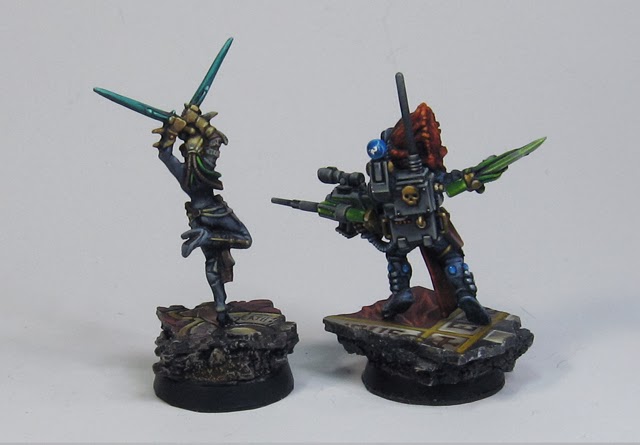 For the 2012 tournament, I made a bunch of Death Cult Assassins to go with the Eversor.  I used some Dark Eldar Wyches... getting the idea from the Demonifuge book.

I have some WIP images of these in a previous post that show the cloaks under way.  I honed the green stuff and tin foil system with these cloaks.

Also, they were similar in scale to the old GW DCA's, which is the figure with the crossed swords. 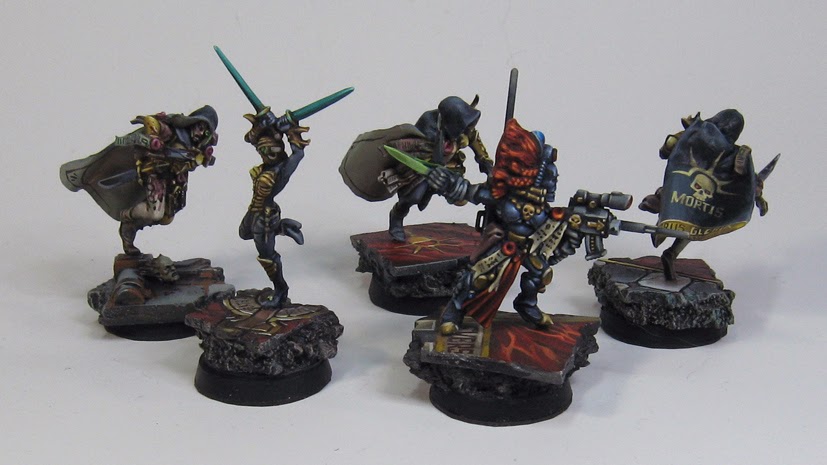 I combined these with the Arco-Flagellants, a few Crusaders, along with servitors, familiars and the like.  When they did get into combat with things, they could dish out 60+ attacks at high inititaive, high weapon skill... mostly of the power weapon variety.

I put them in a Land Raider with Coteaz.  I suppose that it would have been more fun if they were in a Storm Eagle :-) 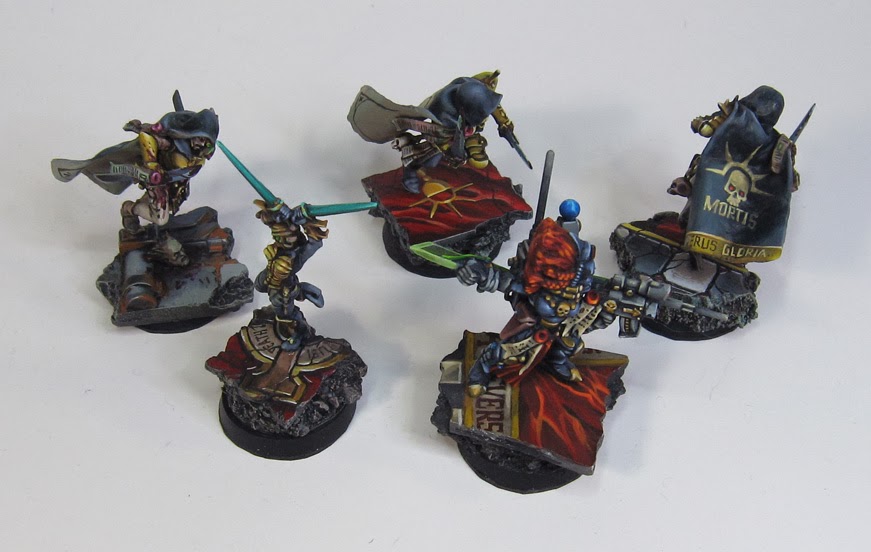