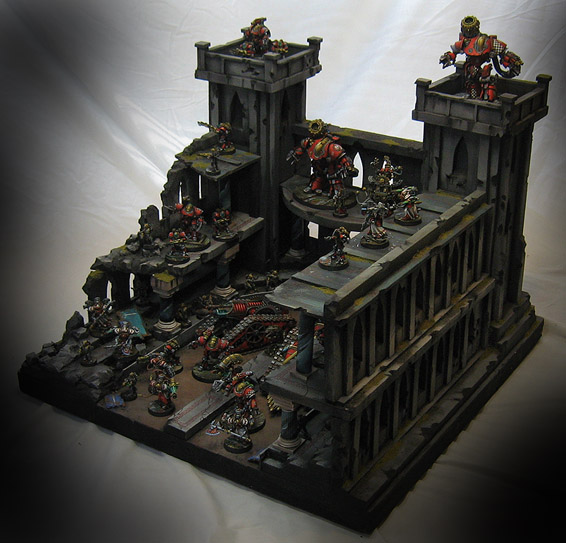 I thought that I would borrow the Basilica Canis as the setting for the complete army shots of the giant Mechanicus army! 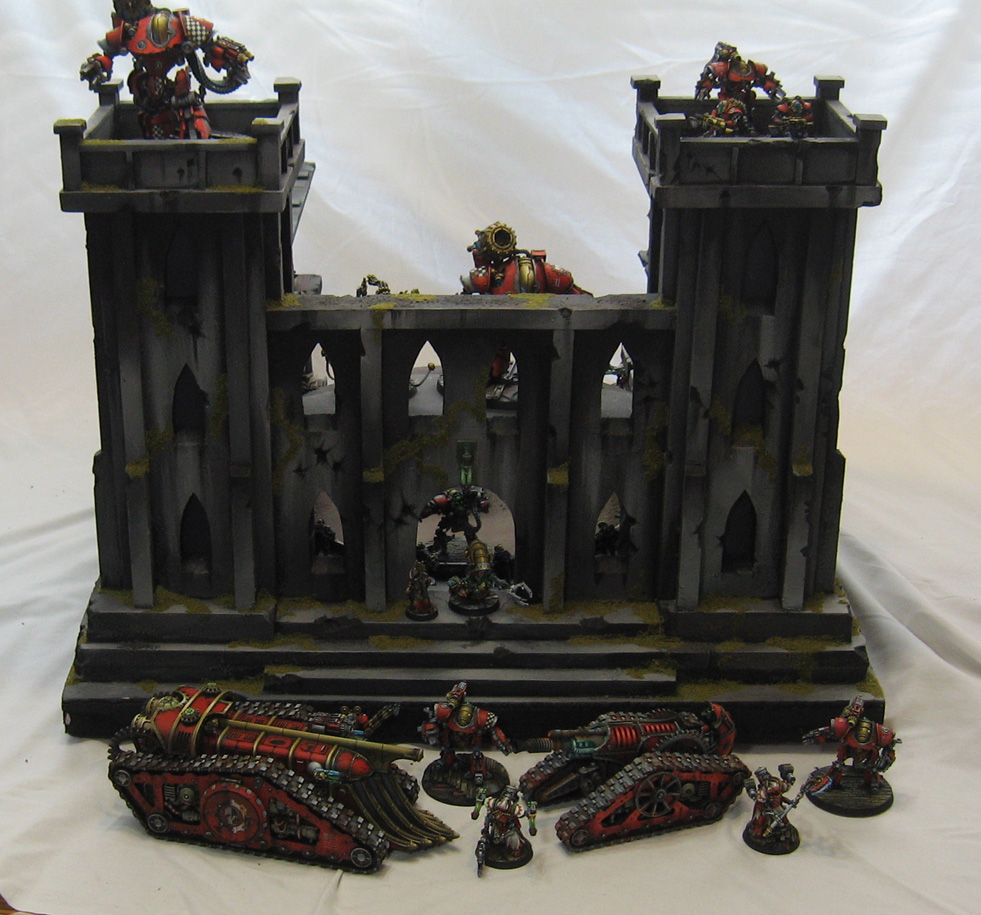 The gates of the Basilica tower above even the mightiest of tanks... 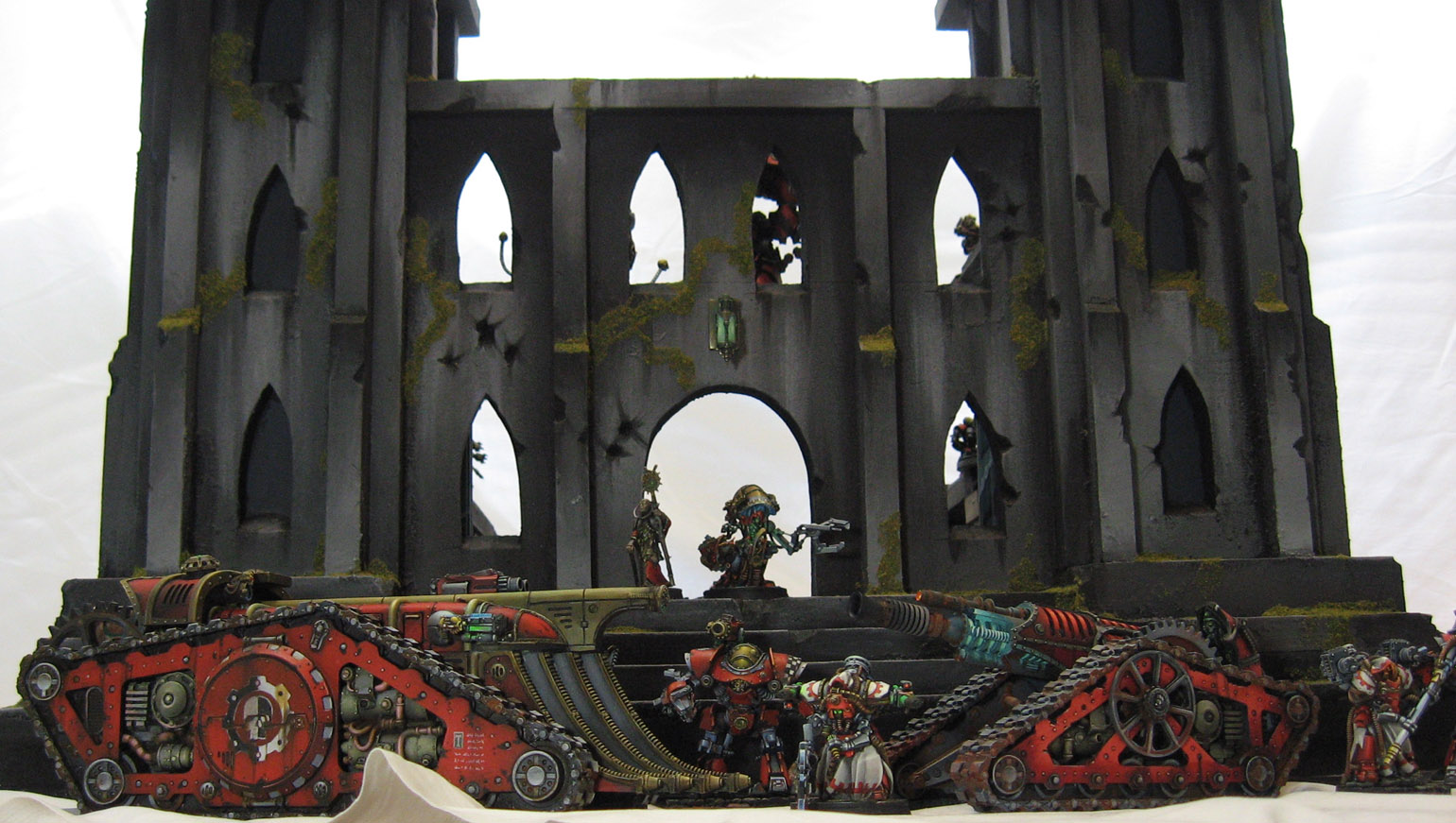 The more I looked at it, the more appropriate it seemed to be as a backdrop. 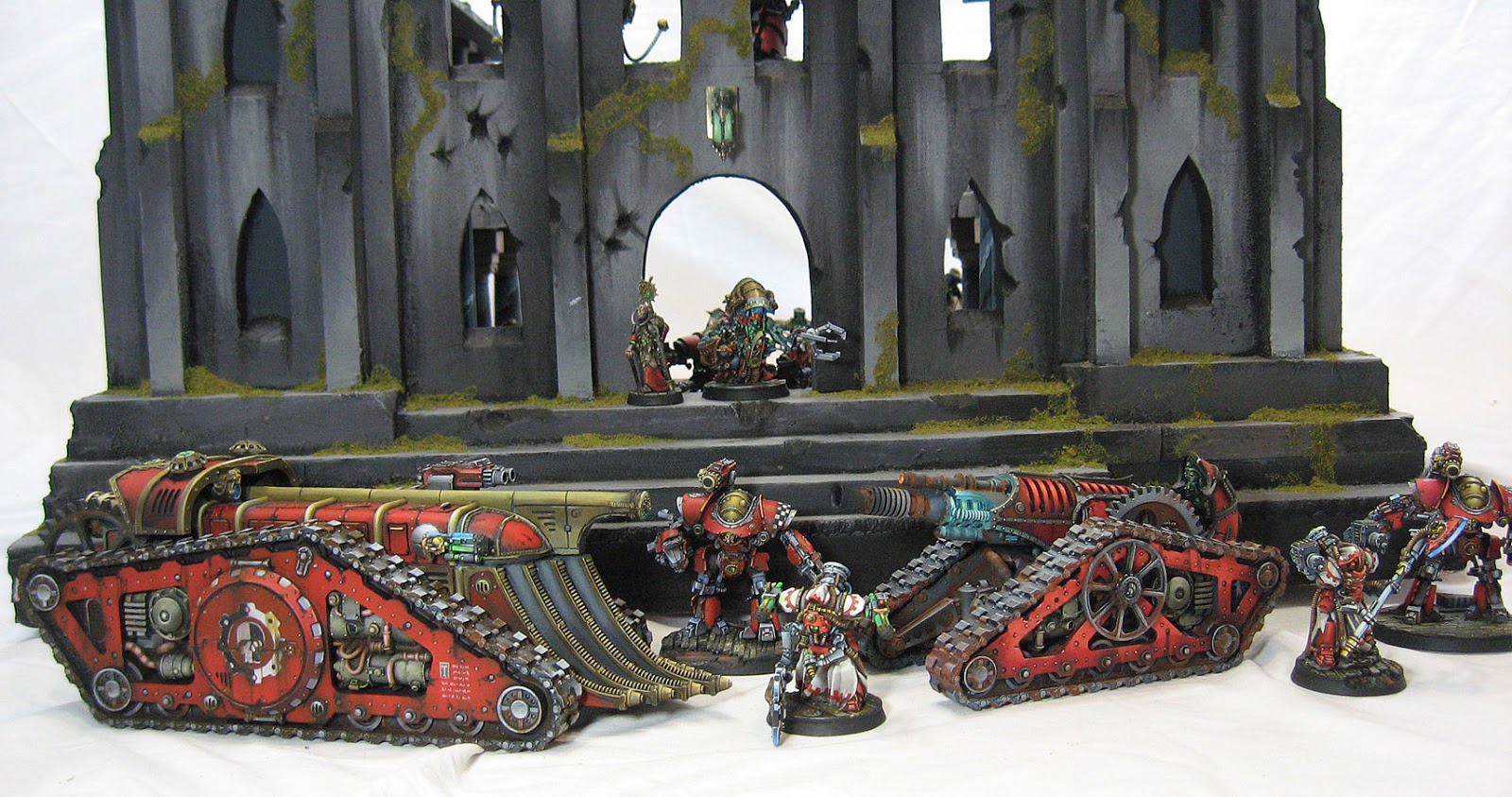 The interior of the hippodrome was just large enough to contain the massive host. 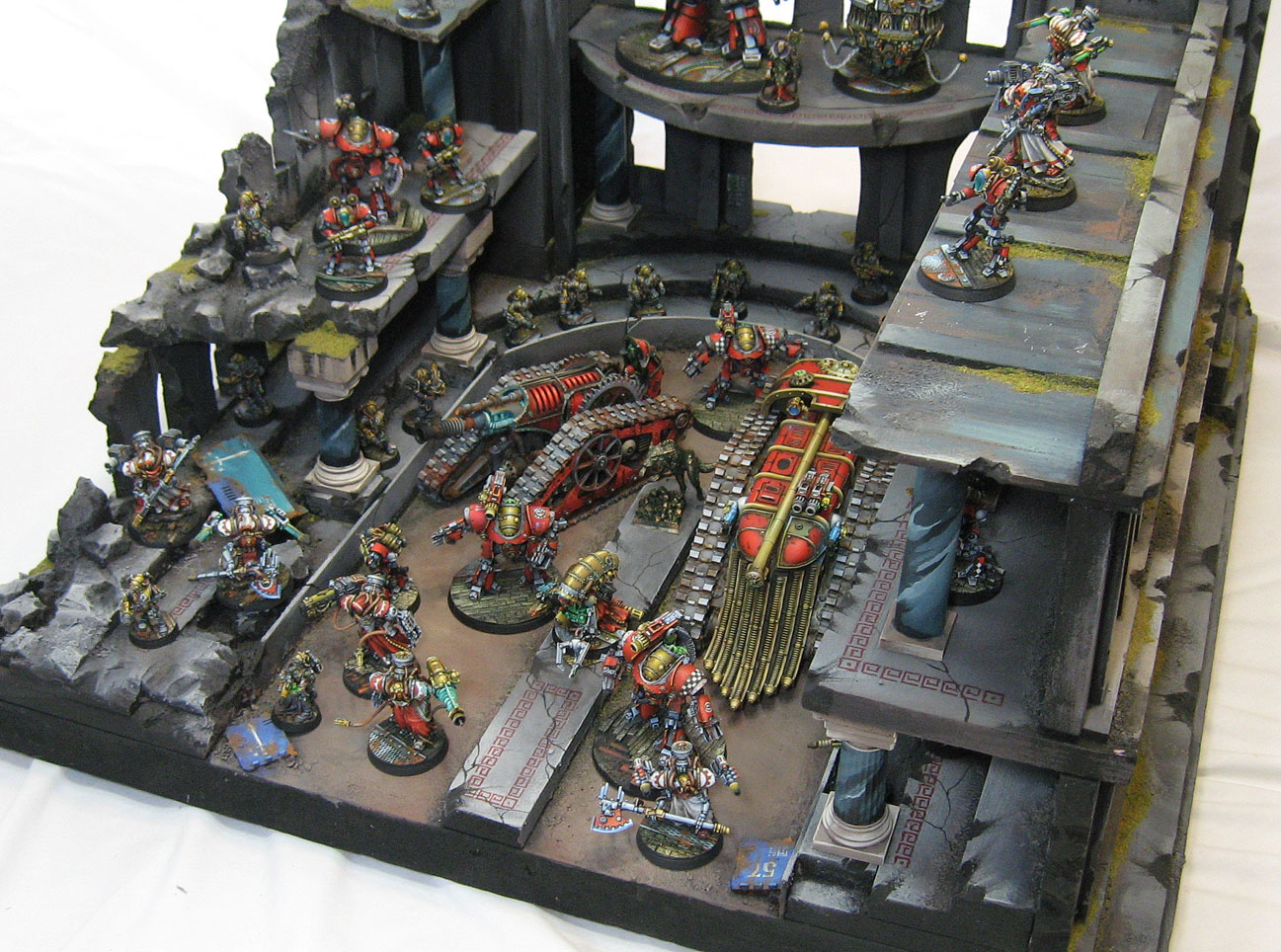 The towers were even taller than I remembered, especially when I saw how tiny those huge Thanatars looked standing on the top of them! 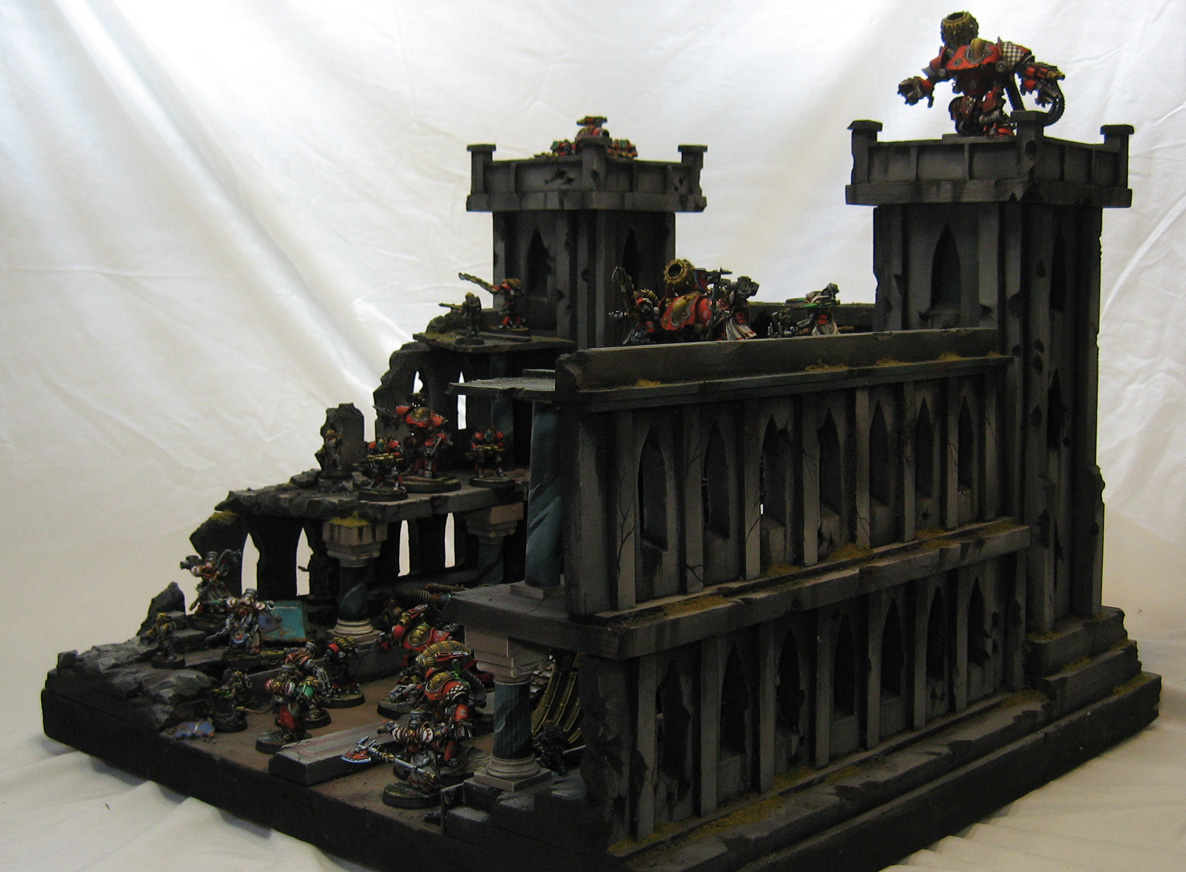 Everything in the army is in some strategic location. Even the Thralls line the walls. 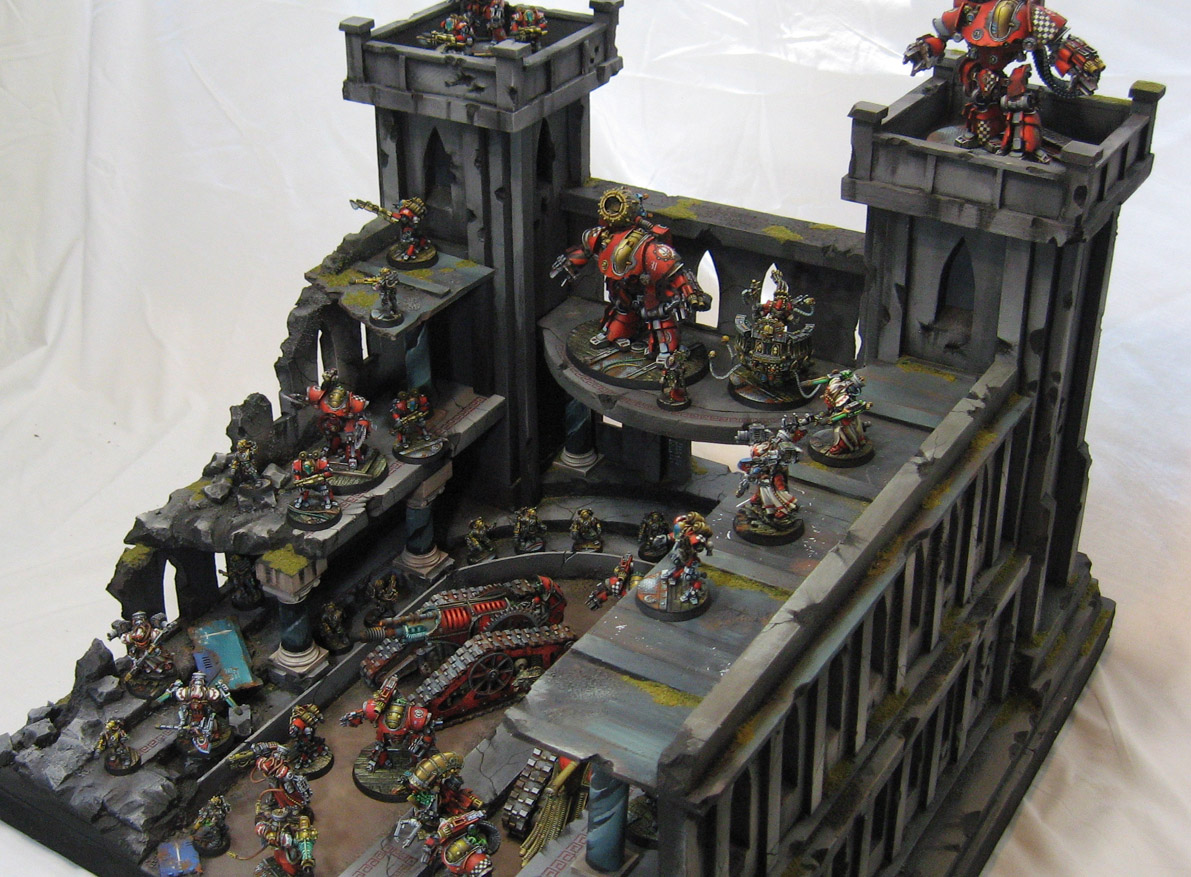 I was surprised that the second level was easily big enough to carry the Castellax. 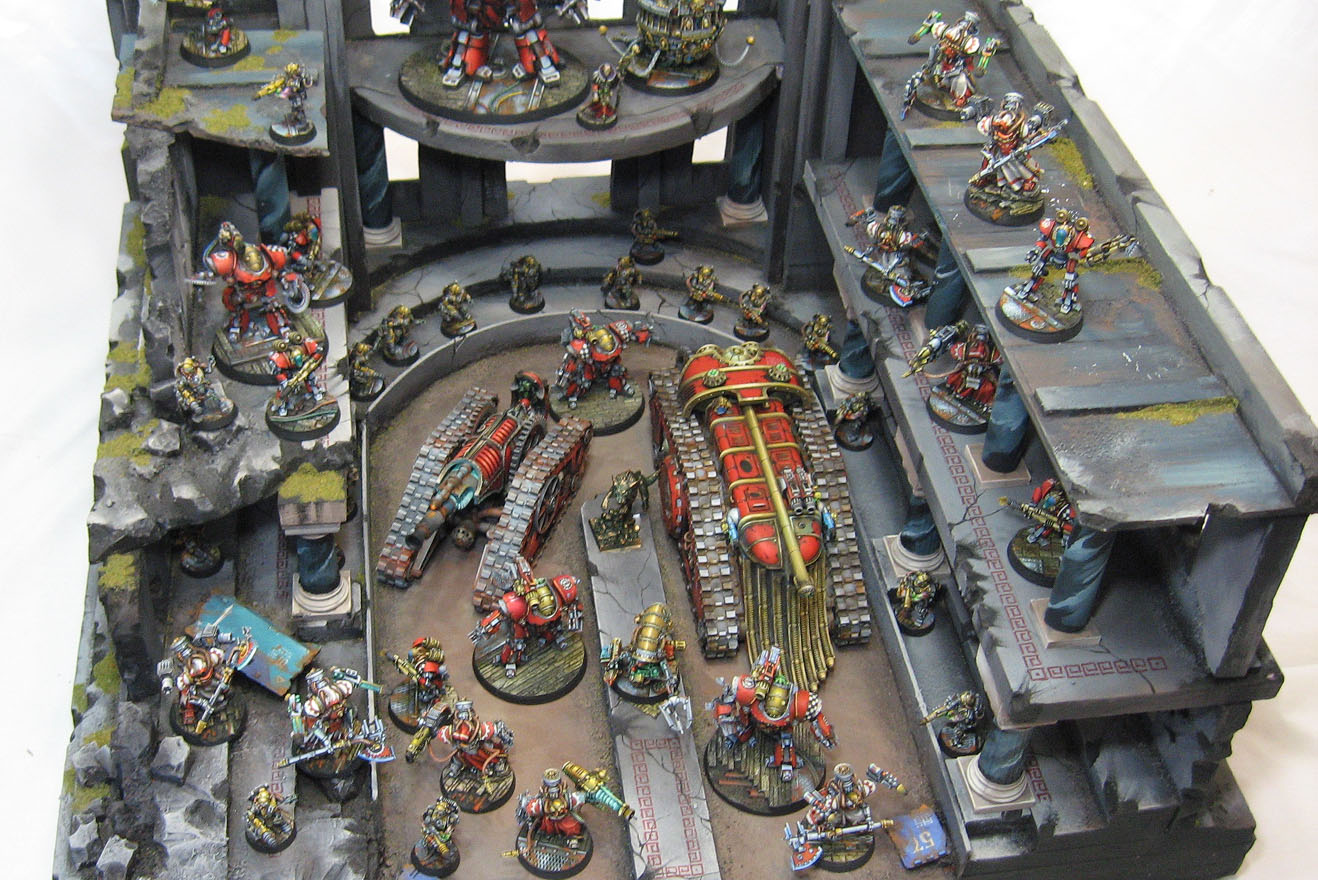 You can see some of the Thralls peeking out from behind the columns. 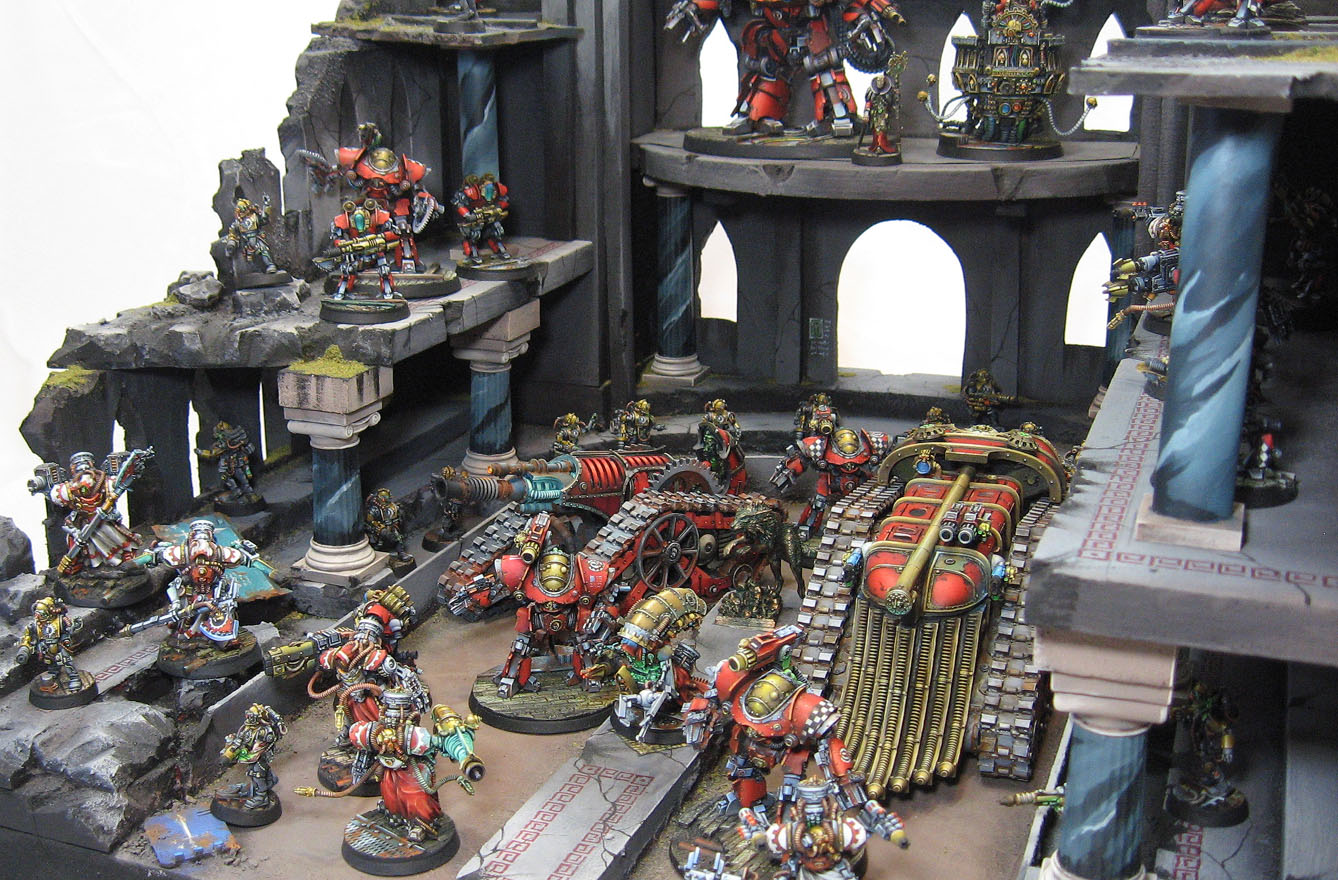 The Myrmidons were spread out across all three levels.  Some closer views are coming as well!!! 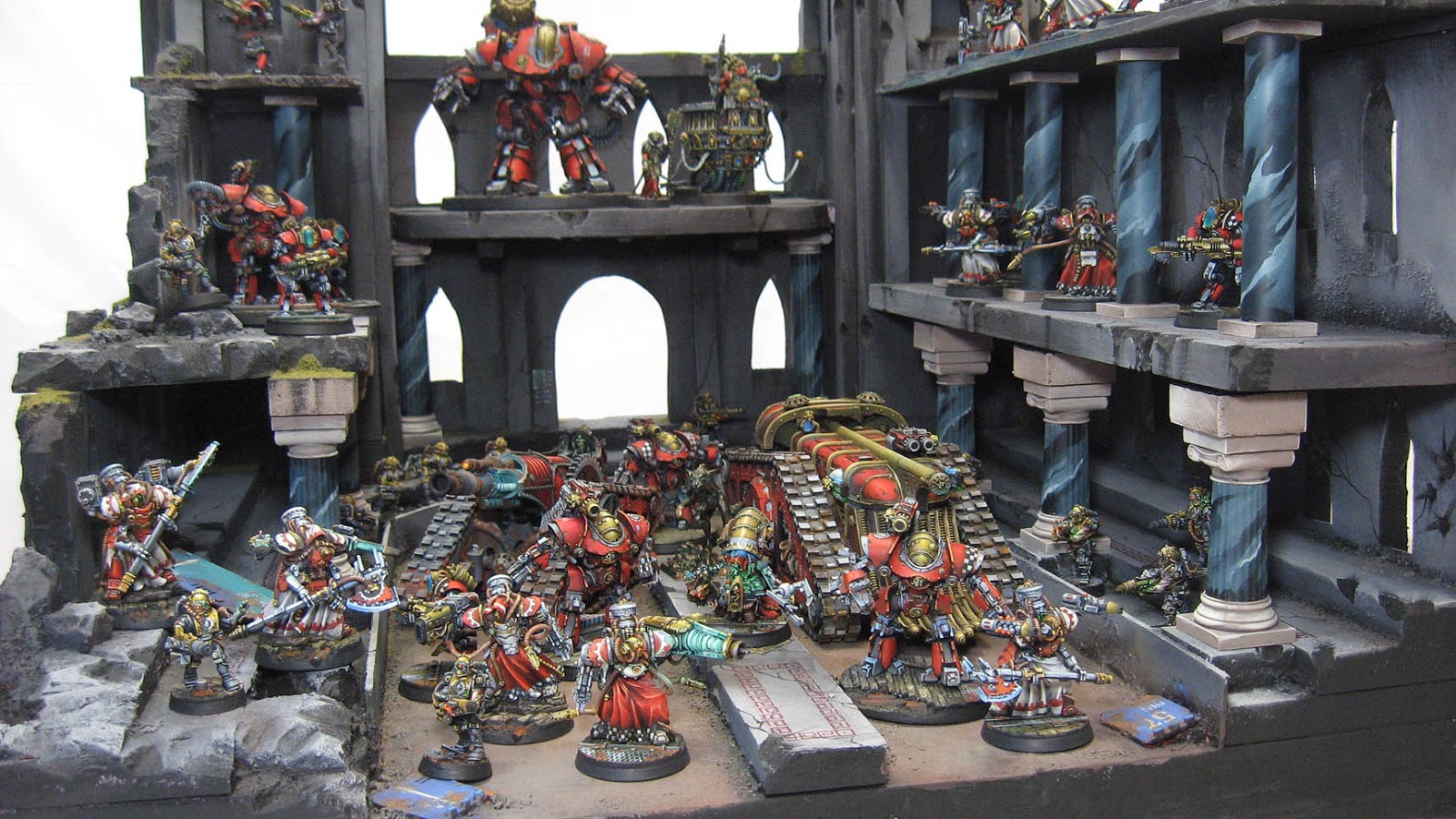 Cutting through a cloud of dust... 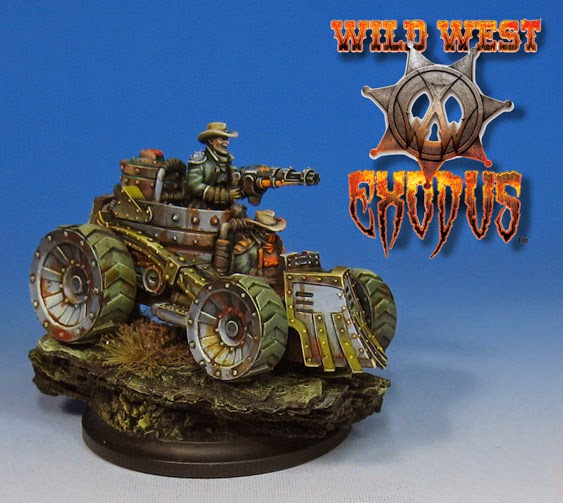 The Outlaws get themselves a nice boost with this light support vehicle making dust clouds across the Weird West.  It's the Dust Cutter!! 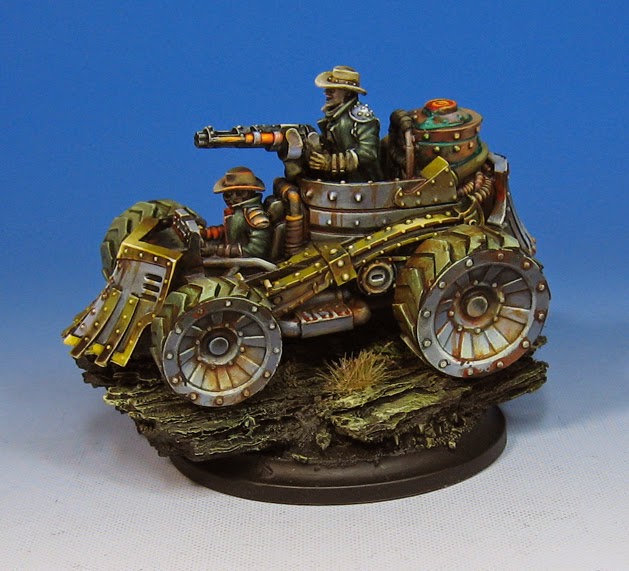 It has three different gun mounts.  Some are cheaper in terms of points, but are a bit less 'killy'.  You can even go with a flamethrower option on this speedy vehicle. 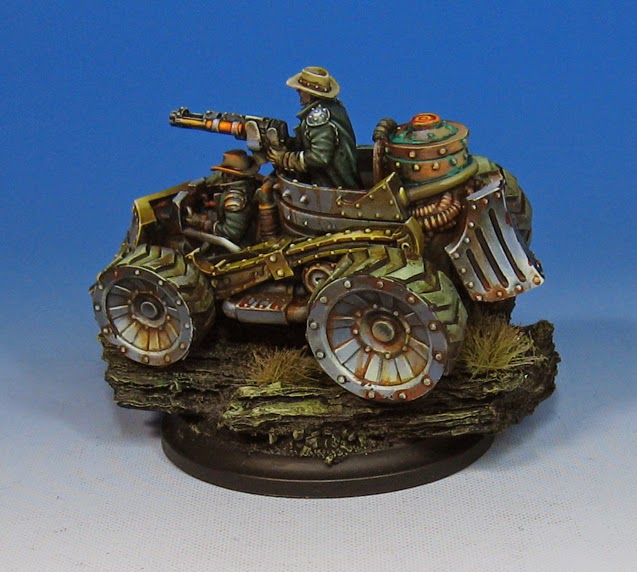 It also has the ability to drop down some mines, including an incredibly powerful monster that is strength 20.  Best not to fool around too close to one of those, or they are gonna carry you home in your hat. 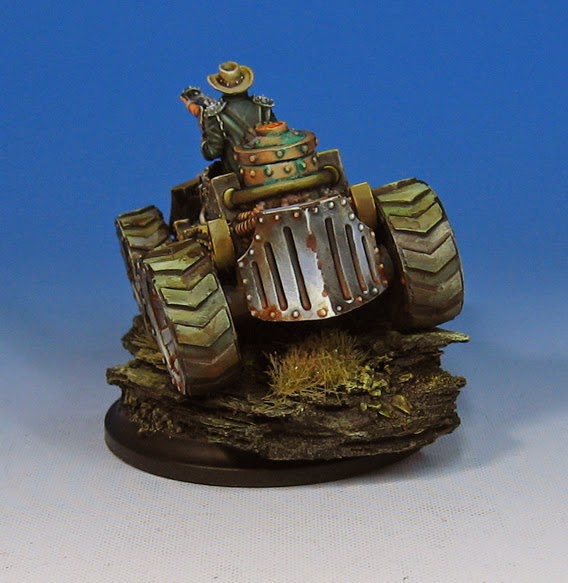 It's one of the fastest non-flying units in the game, so it would be interesting to see a group of these on the table at the same time.  If you did have three or even four in a larger game, would it be worthwhile to have different weapons mounted.  That might be something to explore down the line. Since this was quite similar in some of the shapes to the Flame Truck, I tried to treat the wheels in the same manner.  That is, the combination of Secret Weapon orange wash, Reaper Brown Liner paint, and some other burnt sienna type colors. 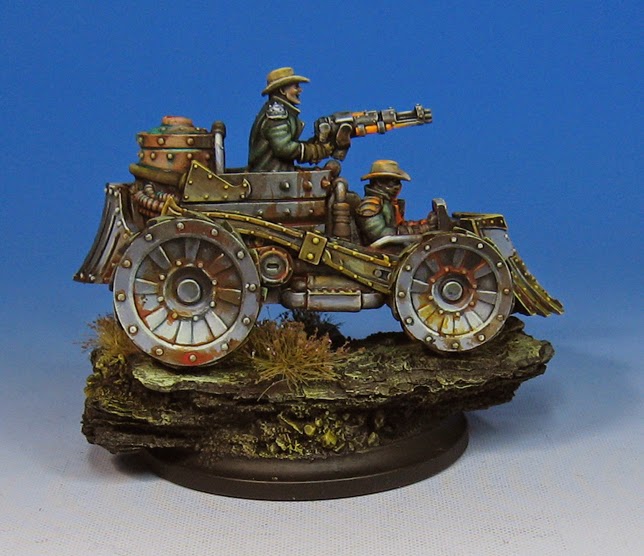 I think at least two of these at once would be ideal.  One is just too easy to take out, even with its high armor.  A pair of them roaming around the table herding enemy units into killing zones sounds like a lot of fun!! 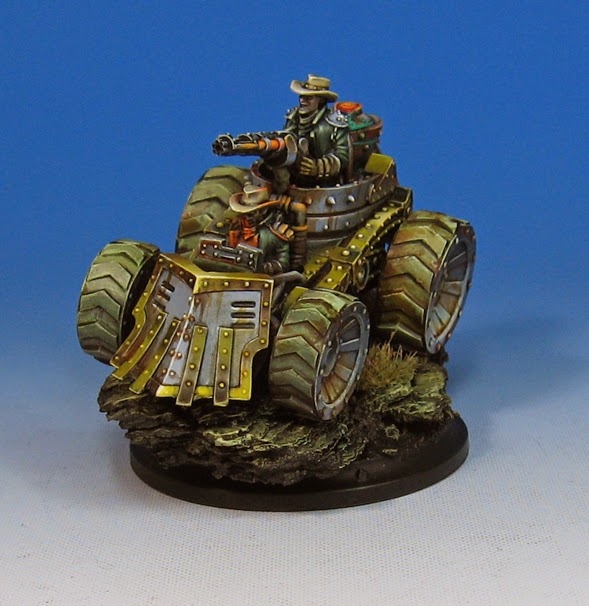 I will also take some side by side shots with the completed Blackjack light support to show you. 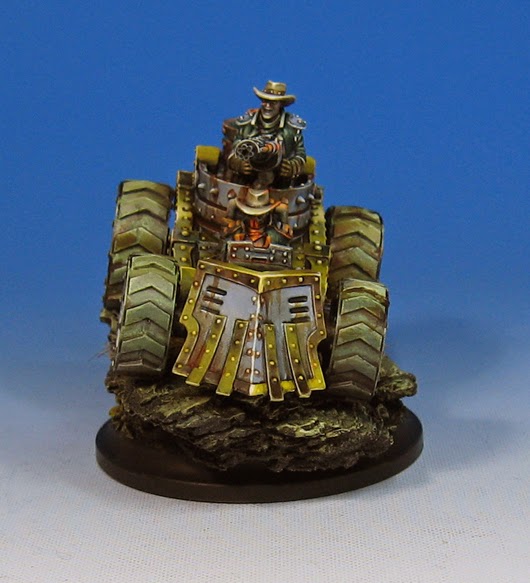