The Challenge of painting Miniatures in Anime style

I recently painted these figures for Coolminiornot.com.  The line is called Soda Pop for those who are not familiar with it.  All of the miniatures are sculpted in Anime style, which presents several challenges for painting.

It is even more of a departure from the norm these days given all the hyper-weathering and muted colors which seem to be required on all minis.  As a result of this kind of sculpting, you have very large expanses of open areas which are painted in flat, smooth, bright colors.  The hair on the two large creatures is a good example.

I was instructed not to create any hair textures as I painted it, which is something I normally would have done.  All the colors had to be high chroma.  Now for the images: 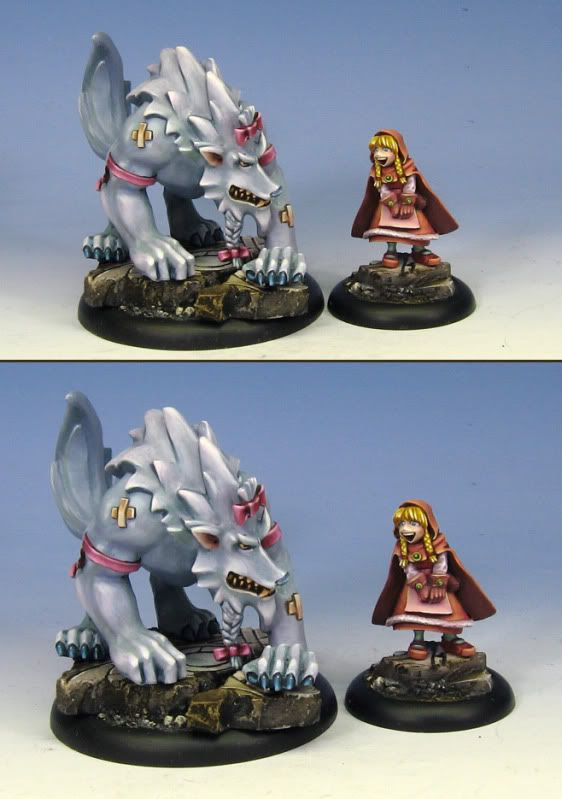 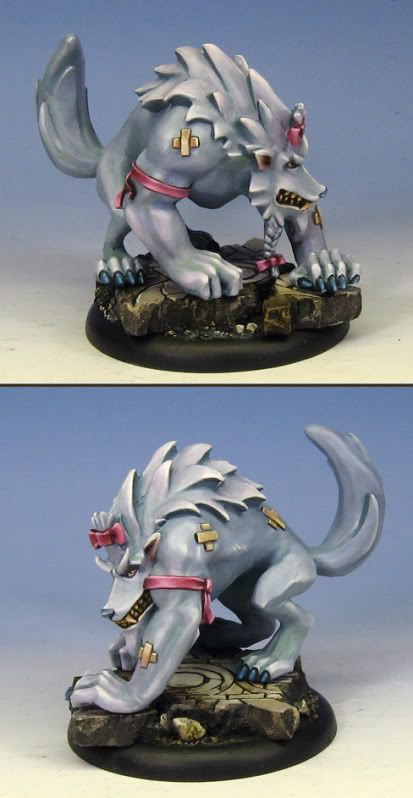 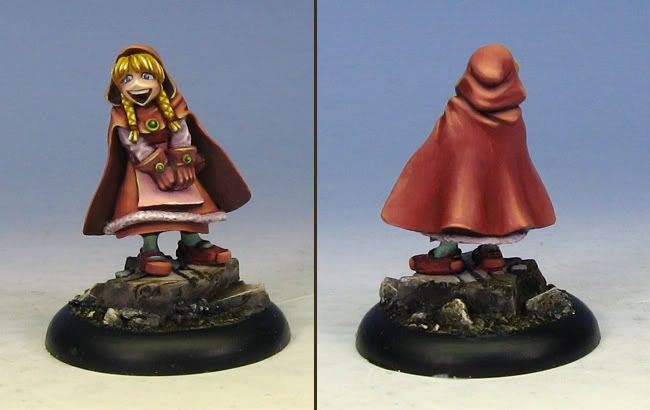 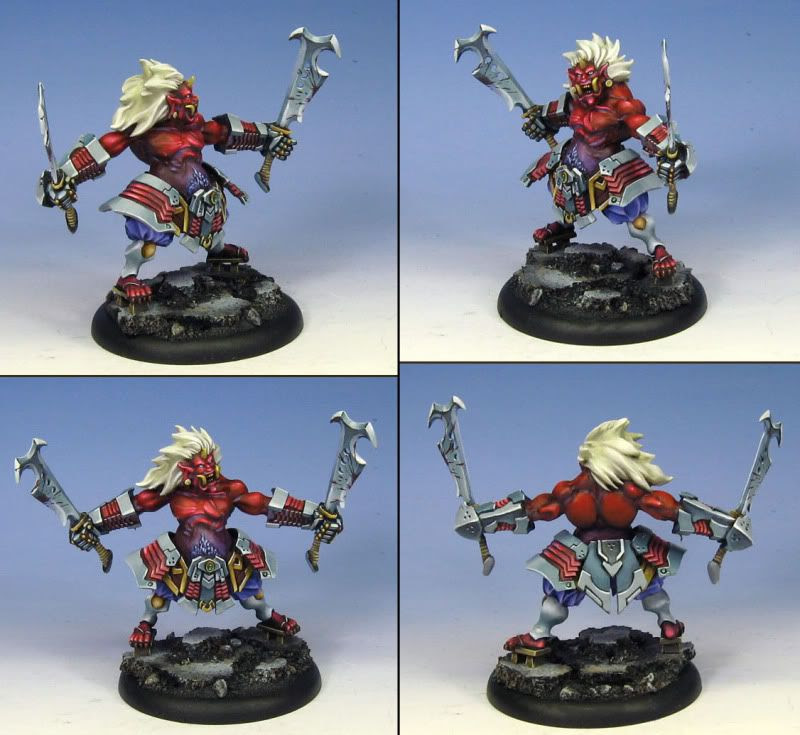 While I was painting these, I was working on some Confrontation minis using the more current style of weathering and lower chroma palette.  That made my life much less fun! :-)
Posted by wappellious at 11:23 AM No comments:

Images of a few Skink and Kroxigor units

Anyone who knows me or has seen / played against my Lizardman army is well aware of my love for the skinks, and the skink and Kroxigor (skrox) combined units in particular.

They are my favorite units in my army as they are so flexible.  You can make "small" units of them, with 16 skinks and two kroxigors.  If you give them full command, they are a little over 200 points, and you get some amazing abilities. It is fast, LD7, causes fear, has 3 ranks, poison shots, and even six ST 6 attacks! I field as many as five of them in some games.

They also have a relatively small profile for that kind of punch, which means that template weapons don't have to scatter very much to miss them entirely.  And gee whiz, nobody uses artillery in 8th edition. ;-)  That small target aspect ratio is great, but the small footprint also gets you through the higher amounts of nasty terrain you see these days.

Here are just a few of my skrox units.  I chose to do each unit in a different color scheme to represent various work gangs.  Some are "Glyph Skinks", others are Engineers, Painters, etc. 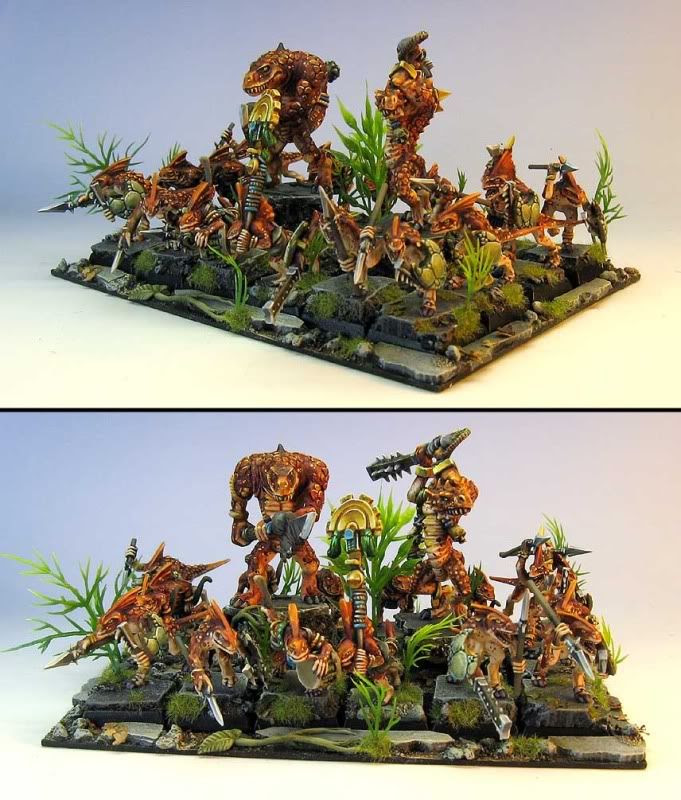 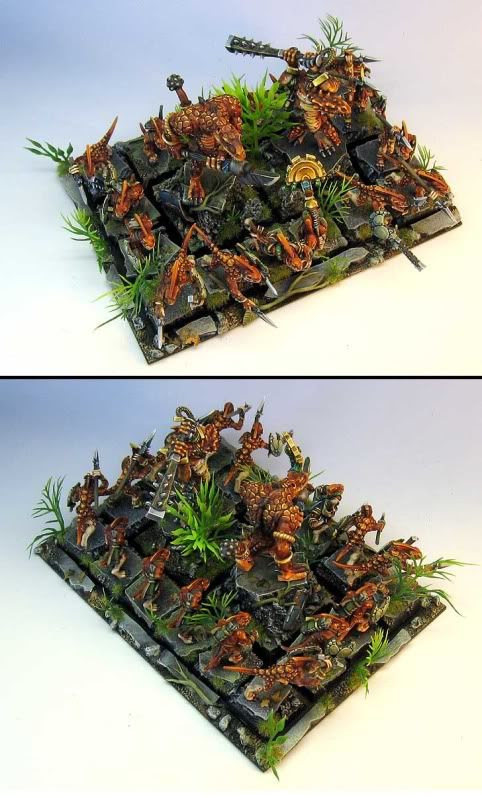 In these images, you can see how the movement trays were created.  I used the same sculpey bits that were utilitzed on the miniature bases.  All of my moevement trays are leftover pieces of mattboard.  They are very smooth, and slide across the tables nicely.  After I witnessed multiple instances of units bouncing across sand and gravel tabletops suffering from the 'Electric Football' effect, I thought this was the best way to avoid that! 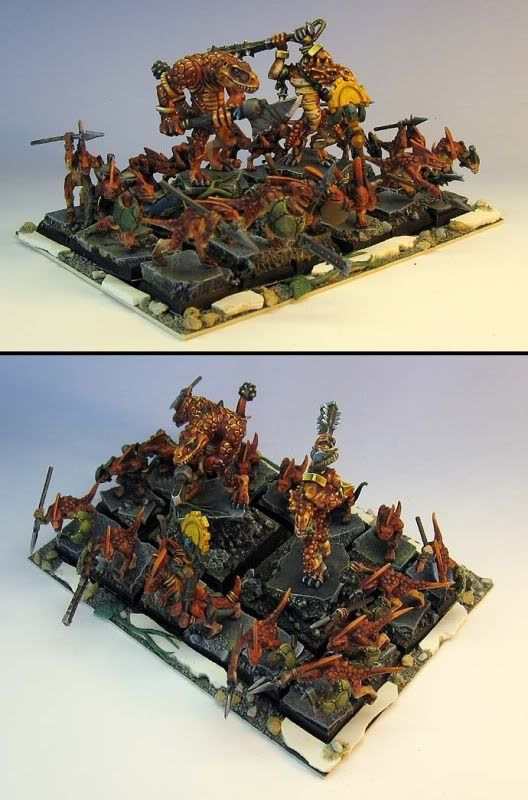 All of the minis were magnetized as well.  The ridge of sculpey around the edge of the tray helped to keep them in place as well.

I have pictures of some other units of this size.... 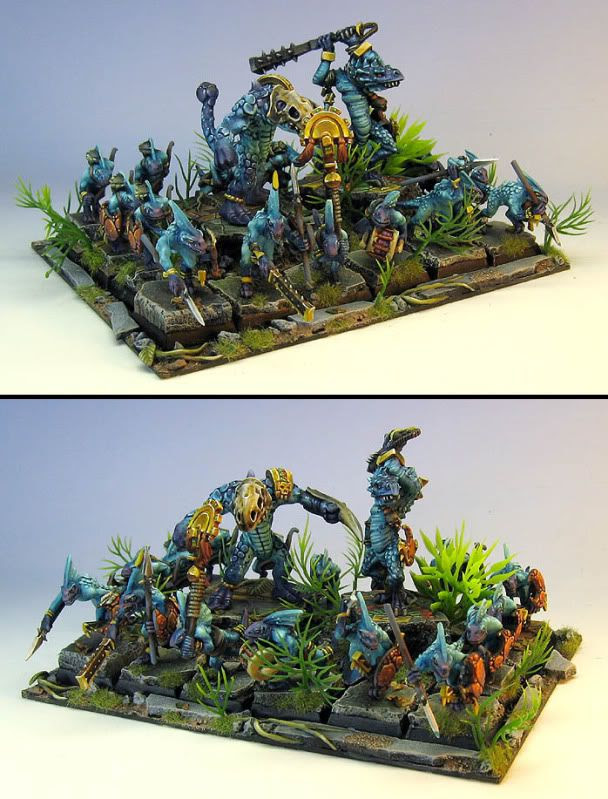 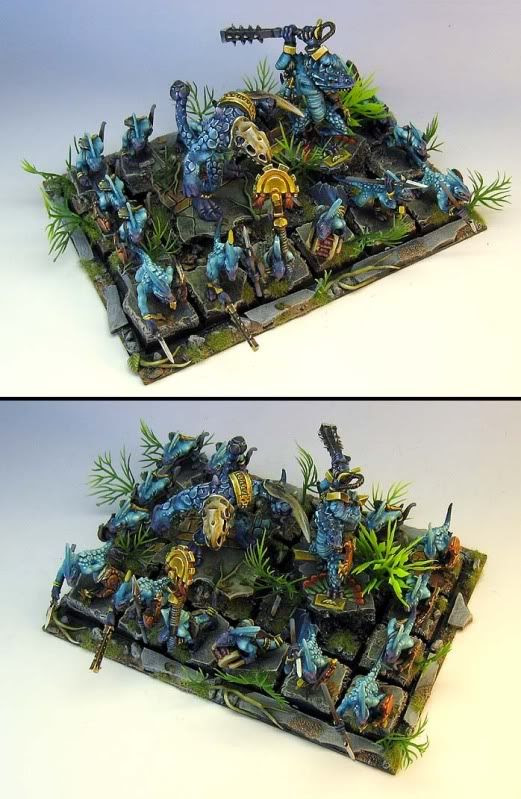 And one more unit that is actually up on ebay right now: 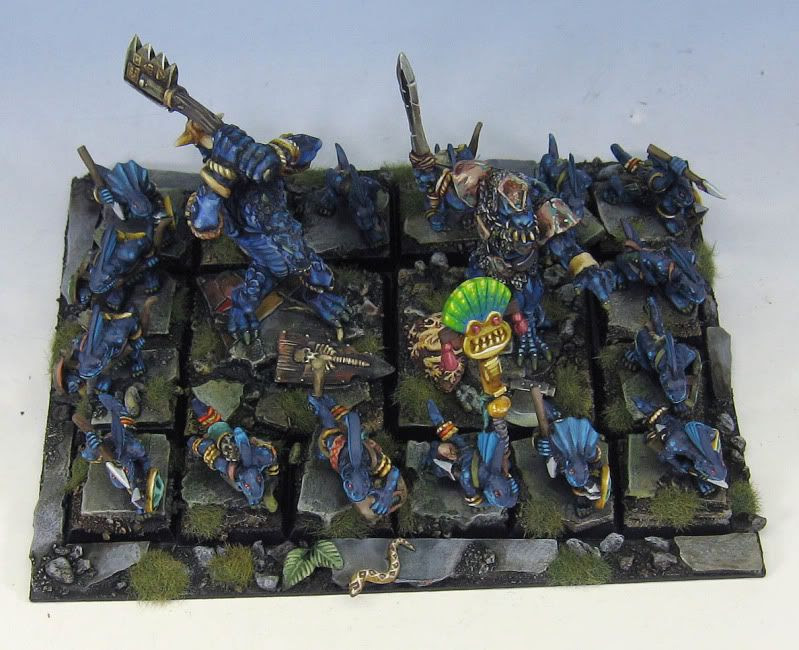 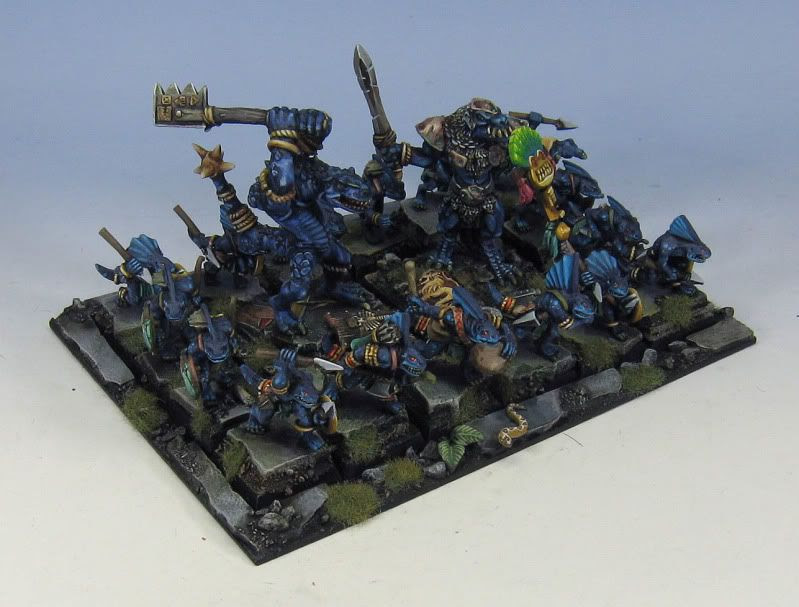 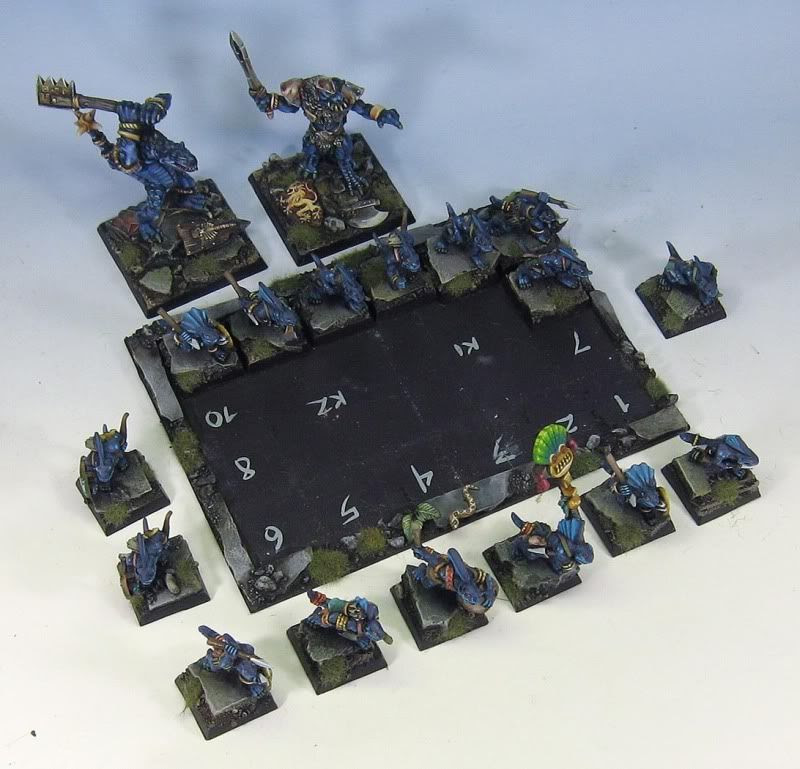 This image has a close up of some converted plastic skinks of the old variety.  Most of the skinks in this unit are the original metal javelins.  Using the shields from the more recent plastic skink kits worked very well on these 'edge' skinks. 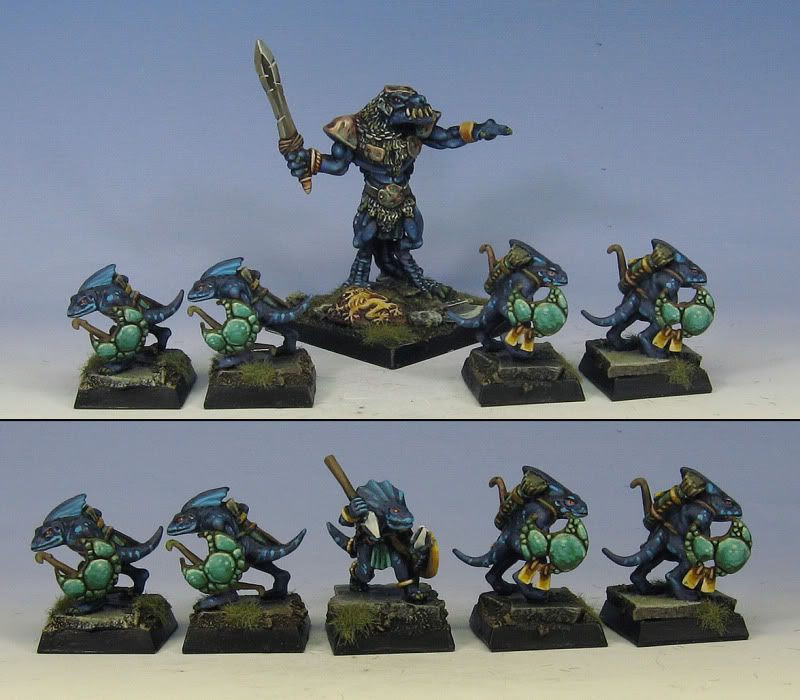 Posted by wappellious at 12:54 AM No comments: