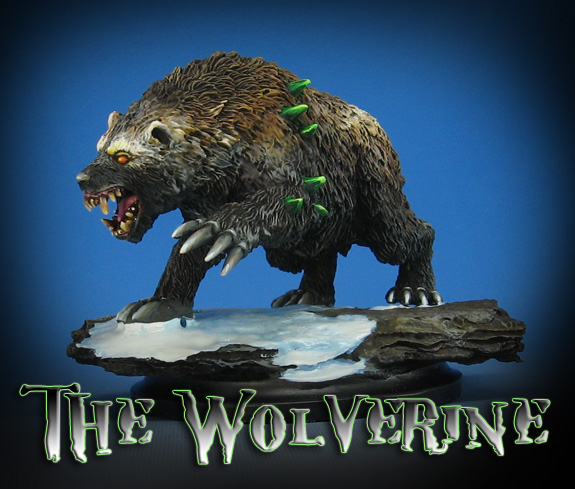 This Mierce beast was quite a different challenge for me.  When I first saw the figure, I thought it was a bear, but I was told that it was in fact a wolverine.

I had to do some Google searches to locate reference images of those wolverines, which have some unusual markings.  It was tricky to translate those colors to this specific sculpt, since wolverines have more of a badger shape, and less like a bear.

Painting this lighter "ring" around the shoulders and haunches involved a few color transitions, blending reddish browns and tans into that lightest color.  This is where the difference in shape was problematic.

I'm sorry that I didn't include any of those reference pictures in this post, but I figured that you could get a wider array of pictures if you conducted your own google search.

The face was pretty nice, though, and the claws were in a nice pose too.  These ground level views show that off nicely!