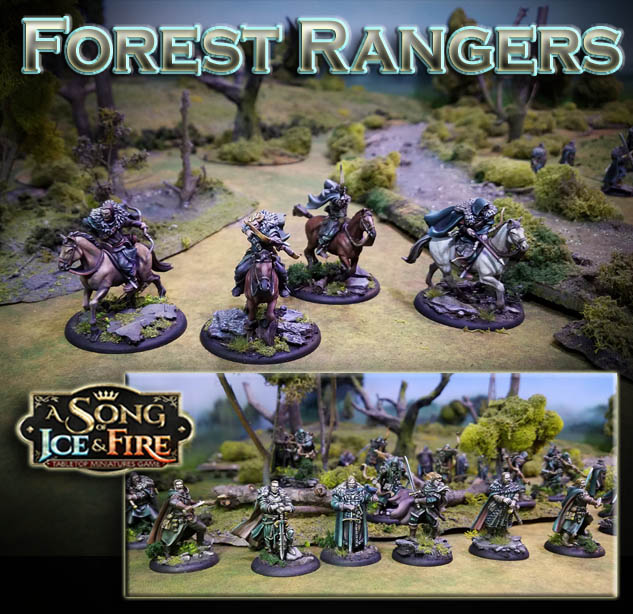 Here's a little preview of terrain that will eventually appear in the Song of Ice and Fire battle reports (and some Lord of the Rings reports as well!).  It was originally created for y Bolt Action games.

The mat itself is from TableWar, and one of several fantastic, durable game mats that I am using for all my battle reports.  While I like to use 4 x 6 mats, they do have 4 x 4 versions of each.

Here's a peek at one of several terrain building articles I created for this terrain:
:  https://wappellious.blogspot.com/2017/11/forest-mist.html 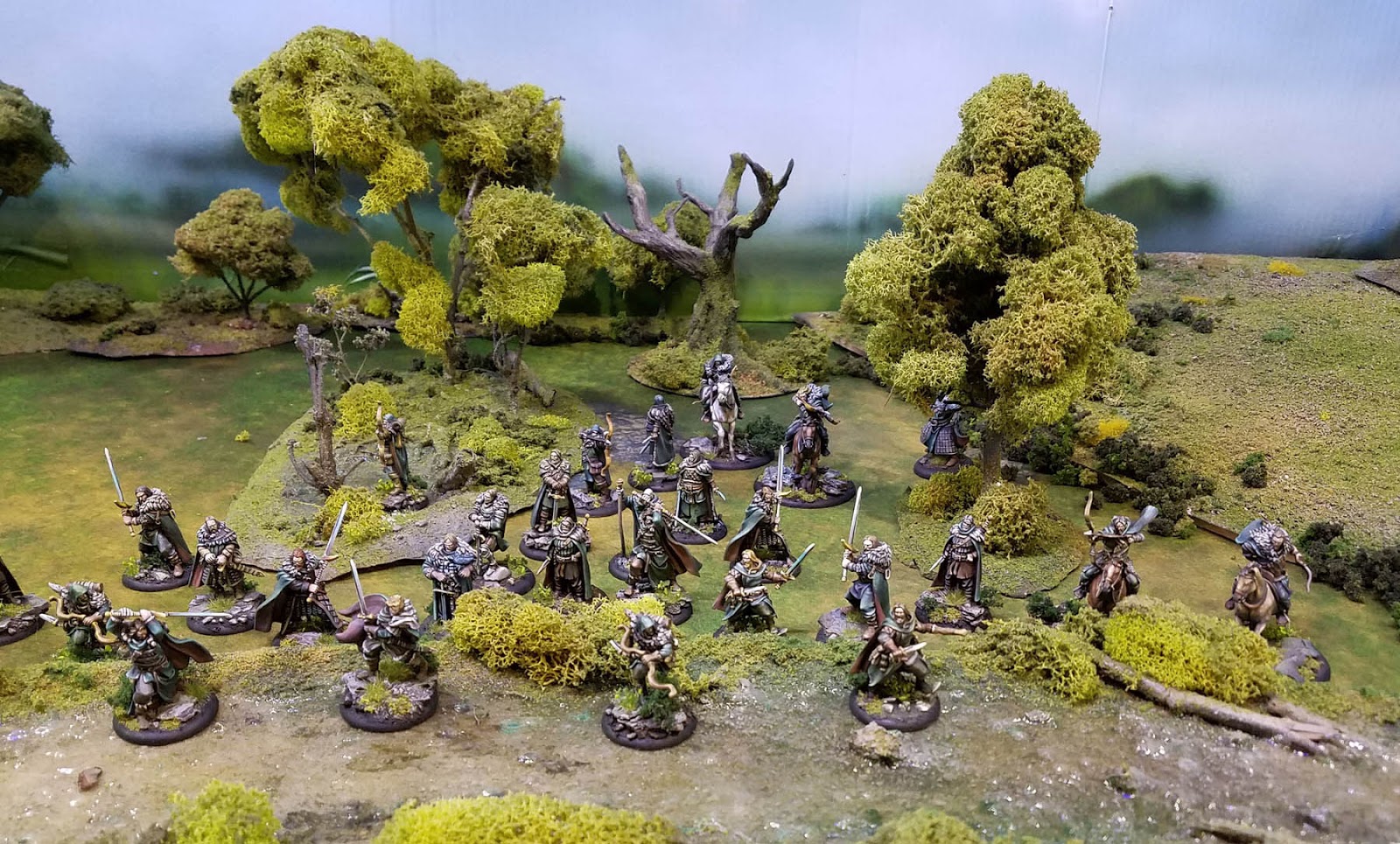 I am also working on a few different winter terrain boards, which would be more appropriate for Free Folk vs Night's Watch: 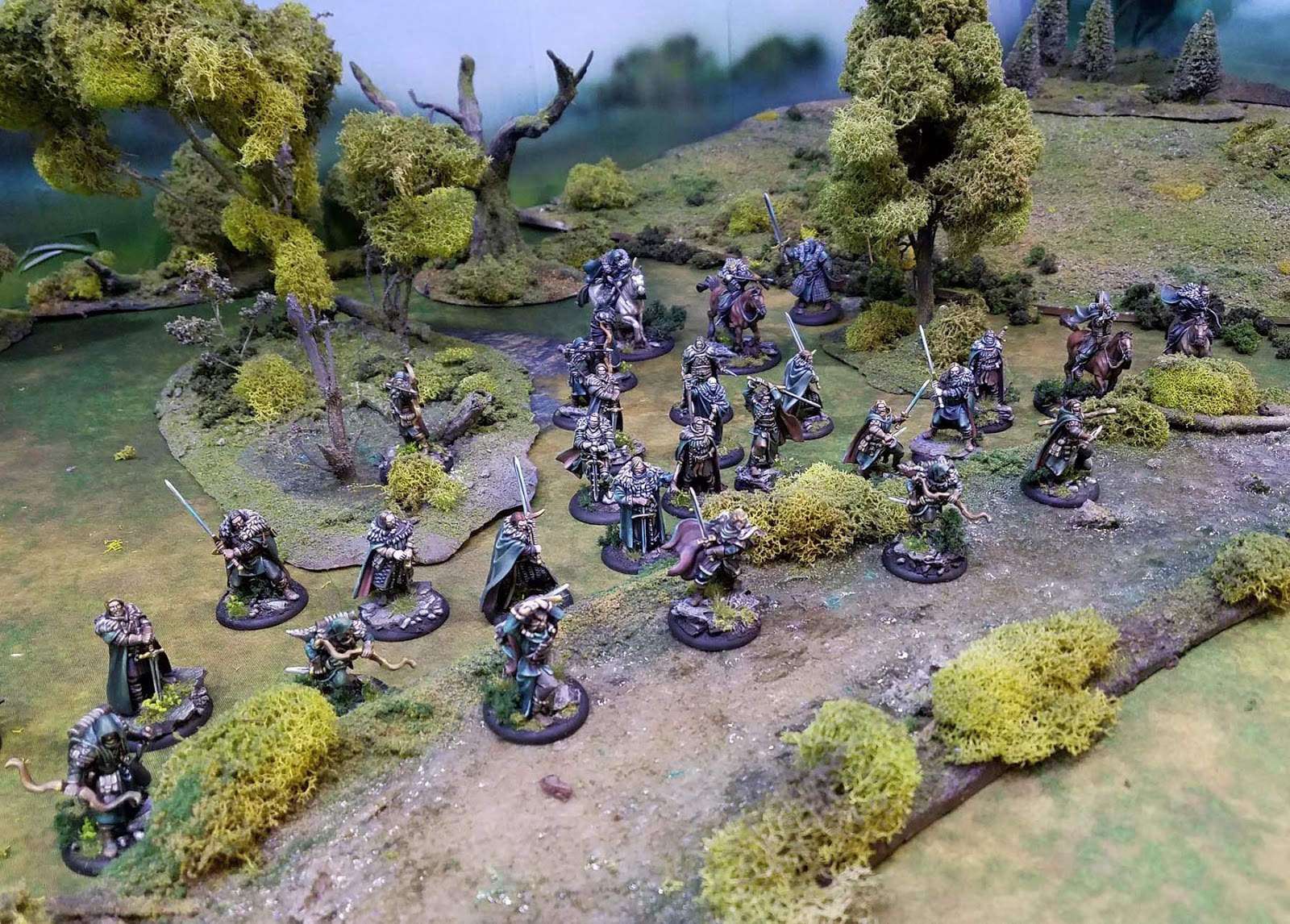 I can't wait to see my own Song of Ice and Fire armies on their movement trays negotiating this type of battlefield.  These were painted as a commission army for someone who is using them for his own system. 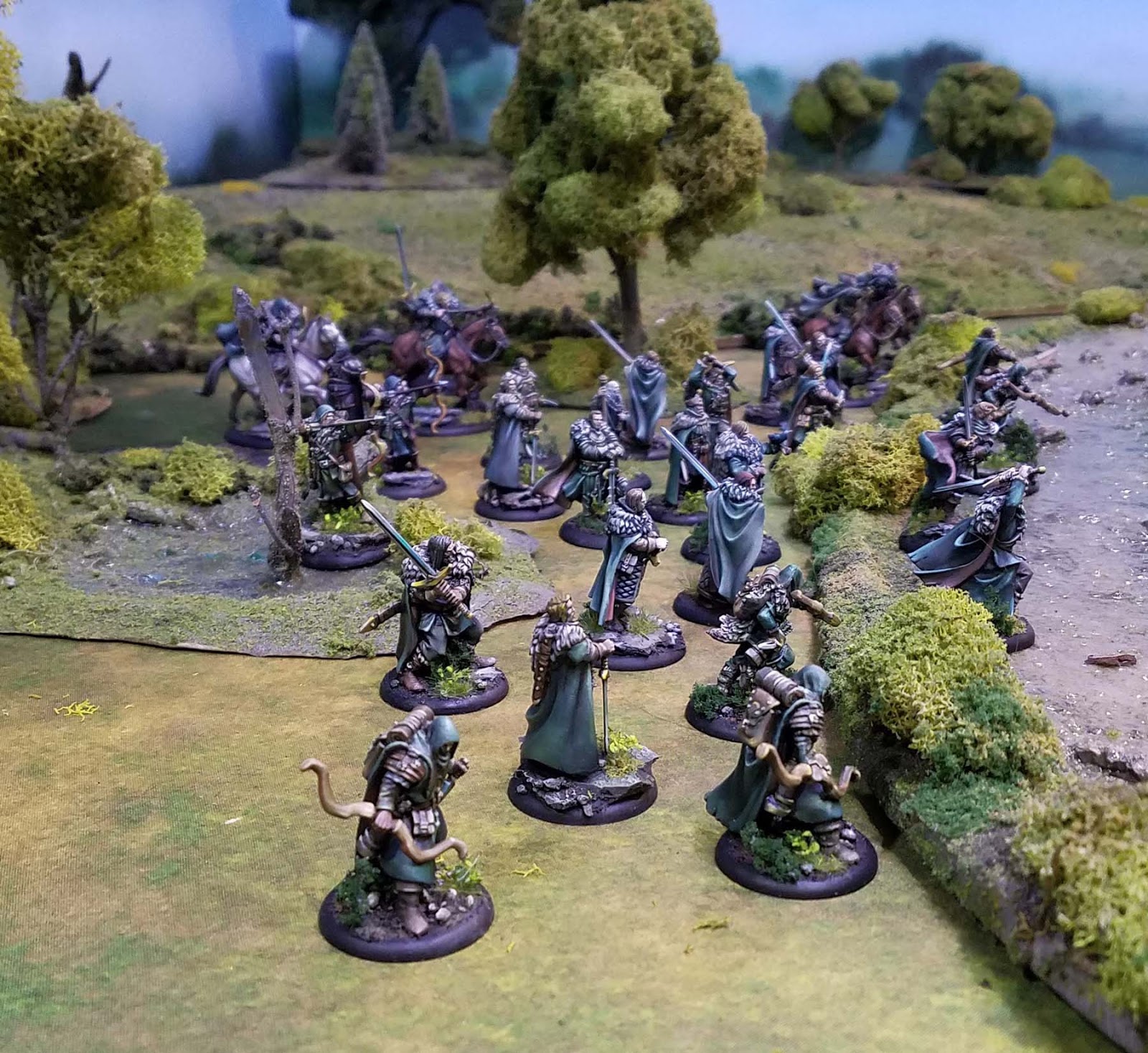 It is pretty interesting to see this view with archers instead of an artillery piece or mortar crew! 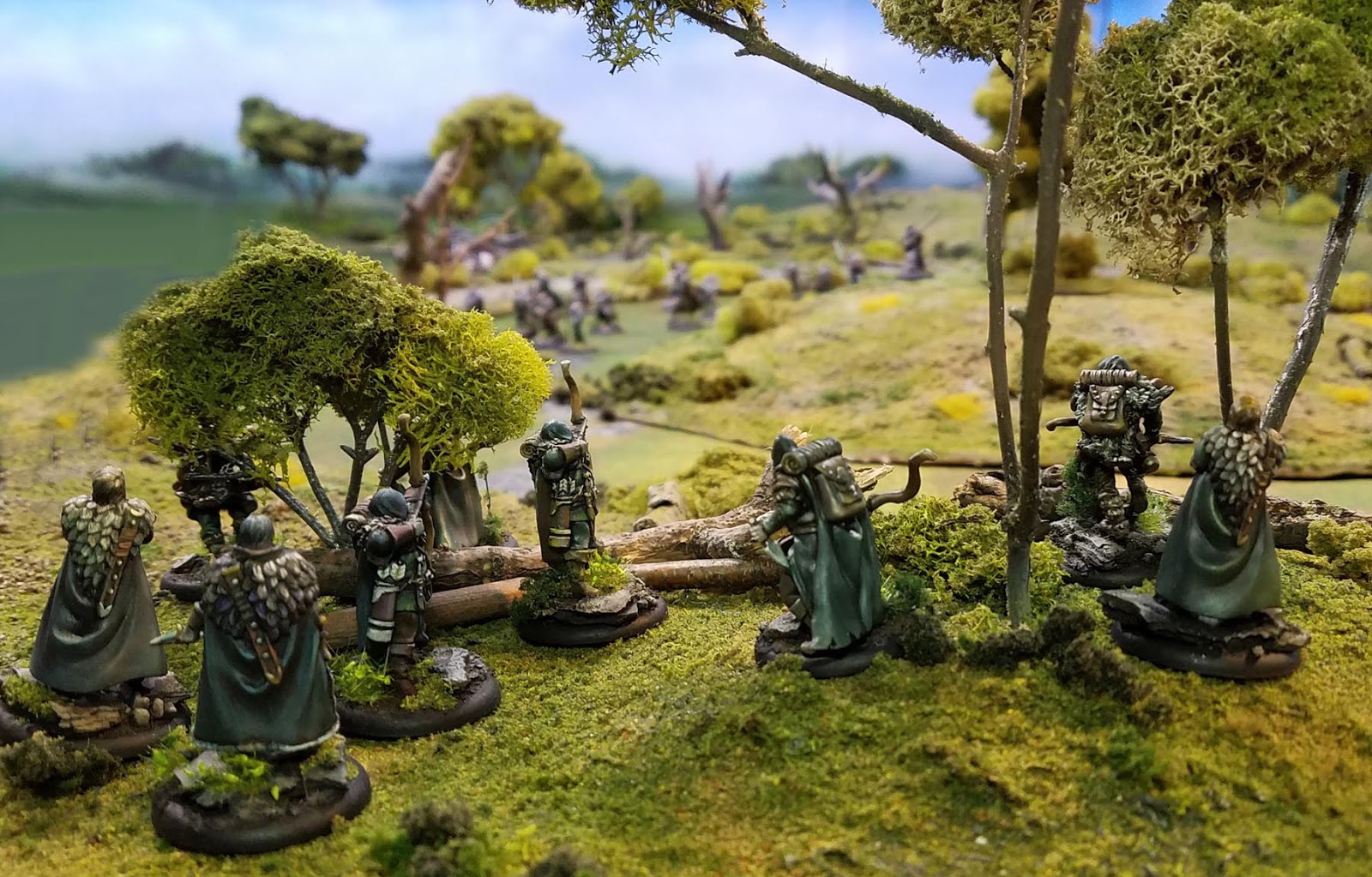 I have a number of YouTube live tutorials on how these guys were painted: 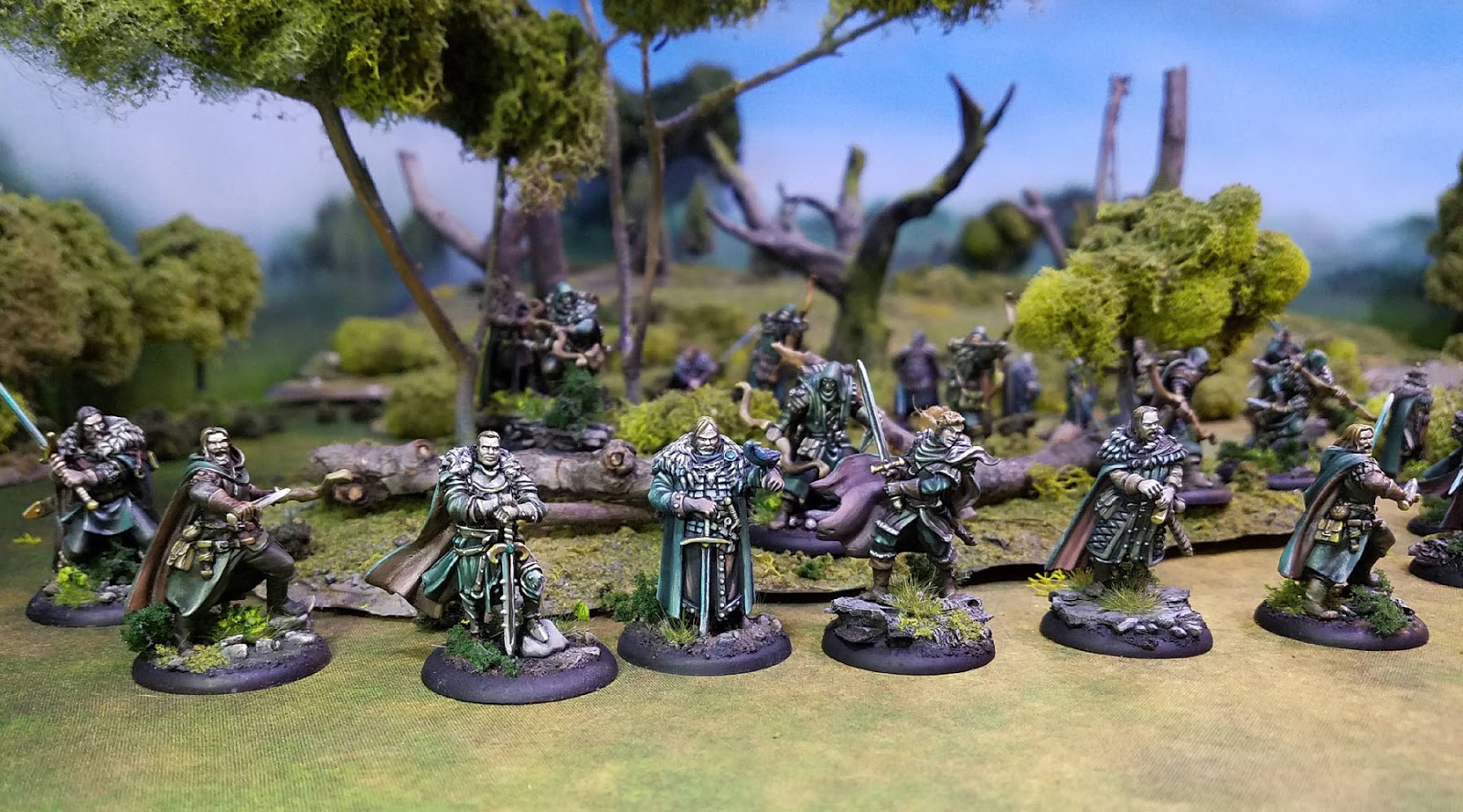 I was really looking forward to the scene of these wonderfully sculpted horses charging along the bank of the river! 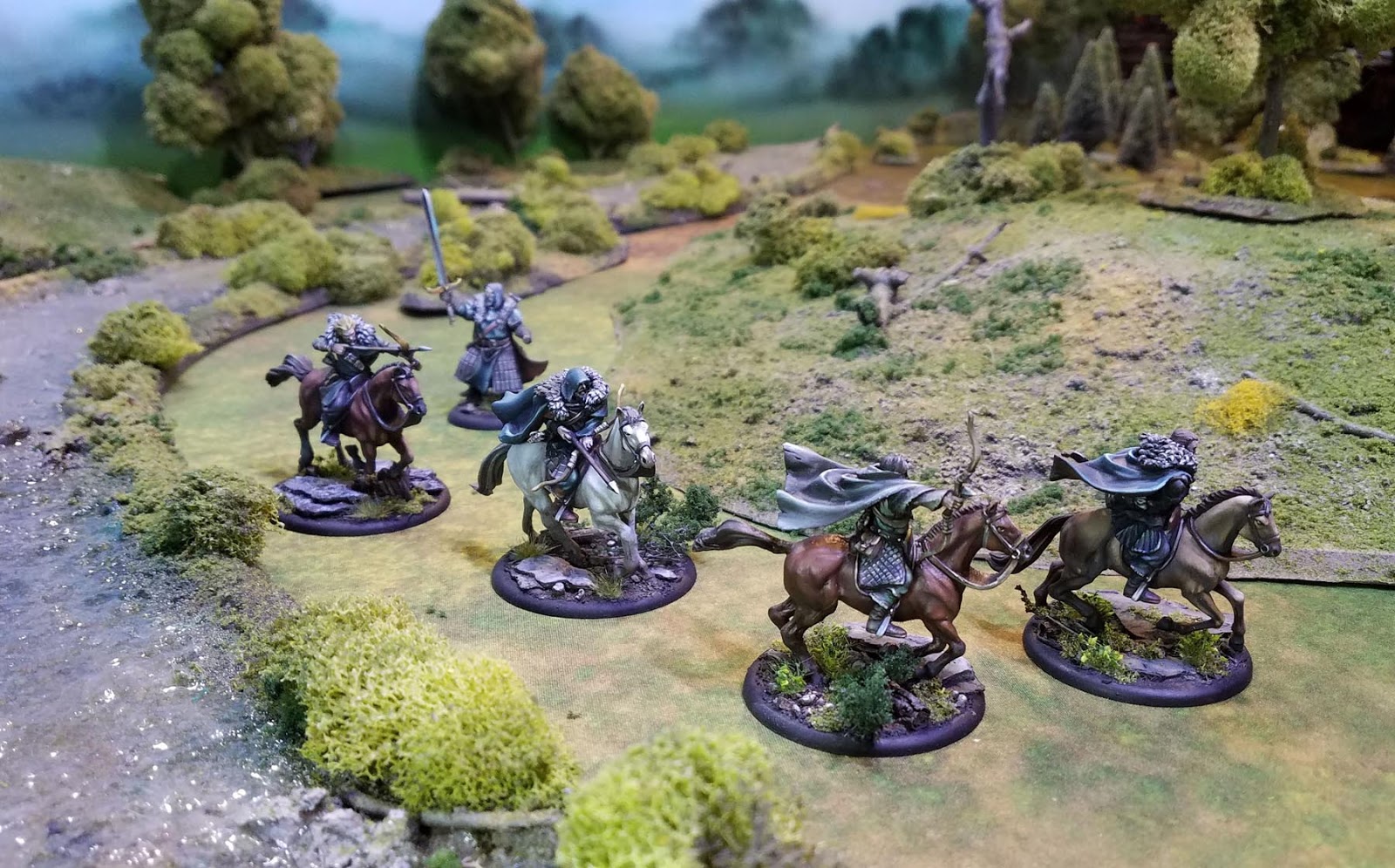 As you know, I really love how the horses are sculpted for this range.  Not only are the muscles and proportions done well, but the movement achieved is amazing! 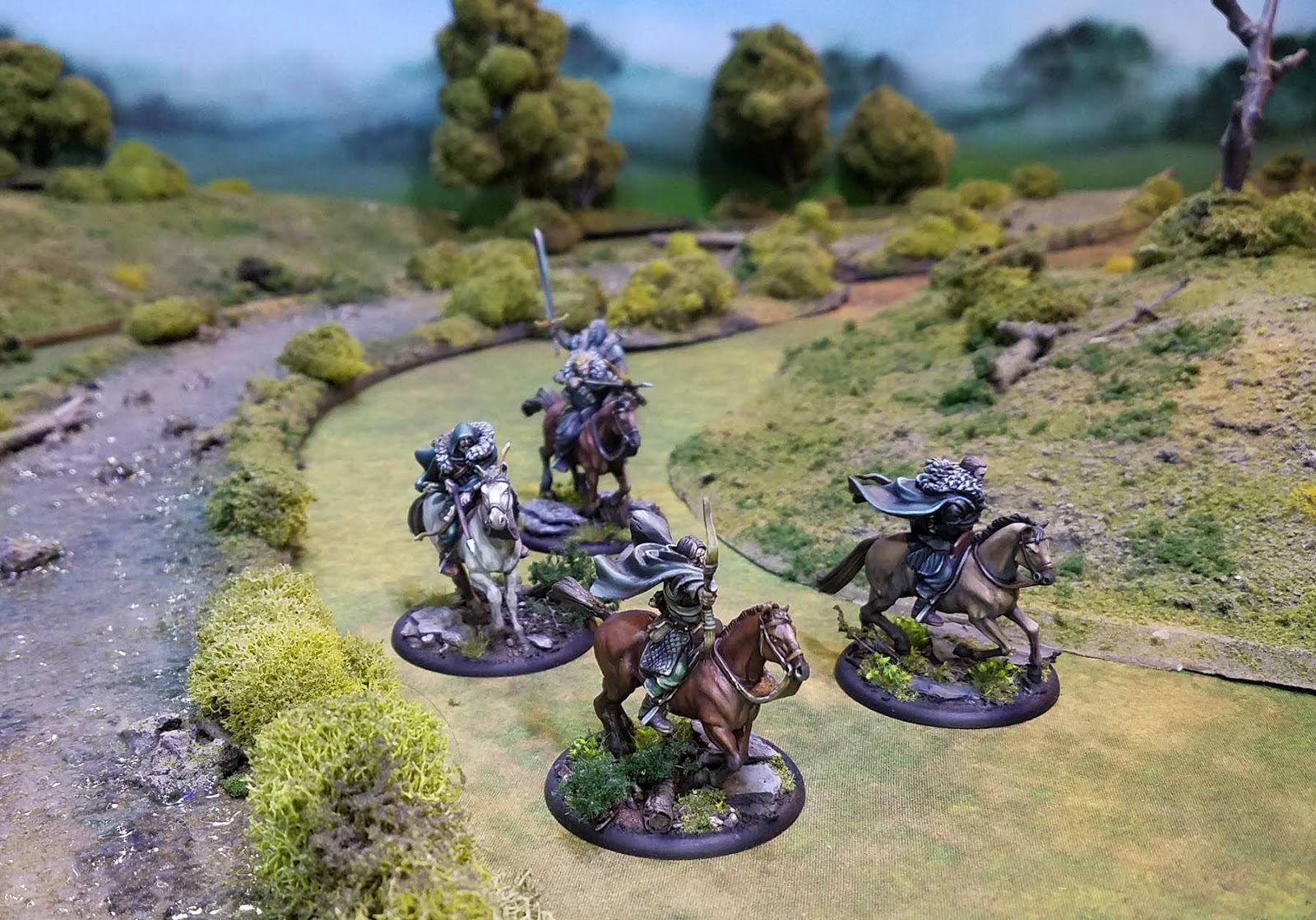 These horses really do look as if they are running, instead of a merry go round horse stuck to a base. 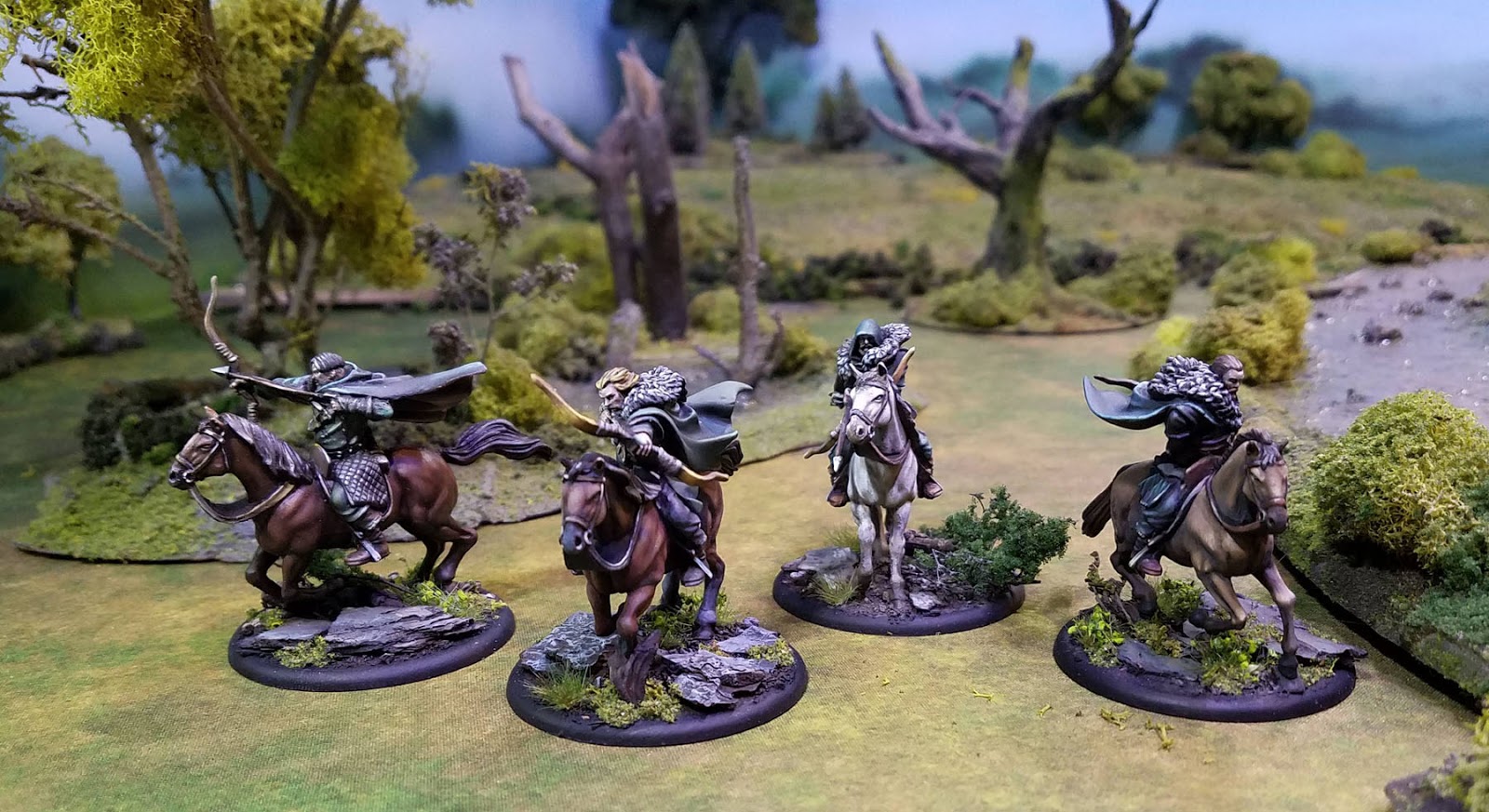 Imagining these units on this board with the activation banners and other extras that I have planned is definitely inspiring me to work through all the armies that are being worked on at once... the Free Folk, Starks, Lannisters, Boltons and Night's Watch. 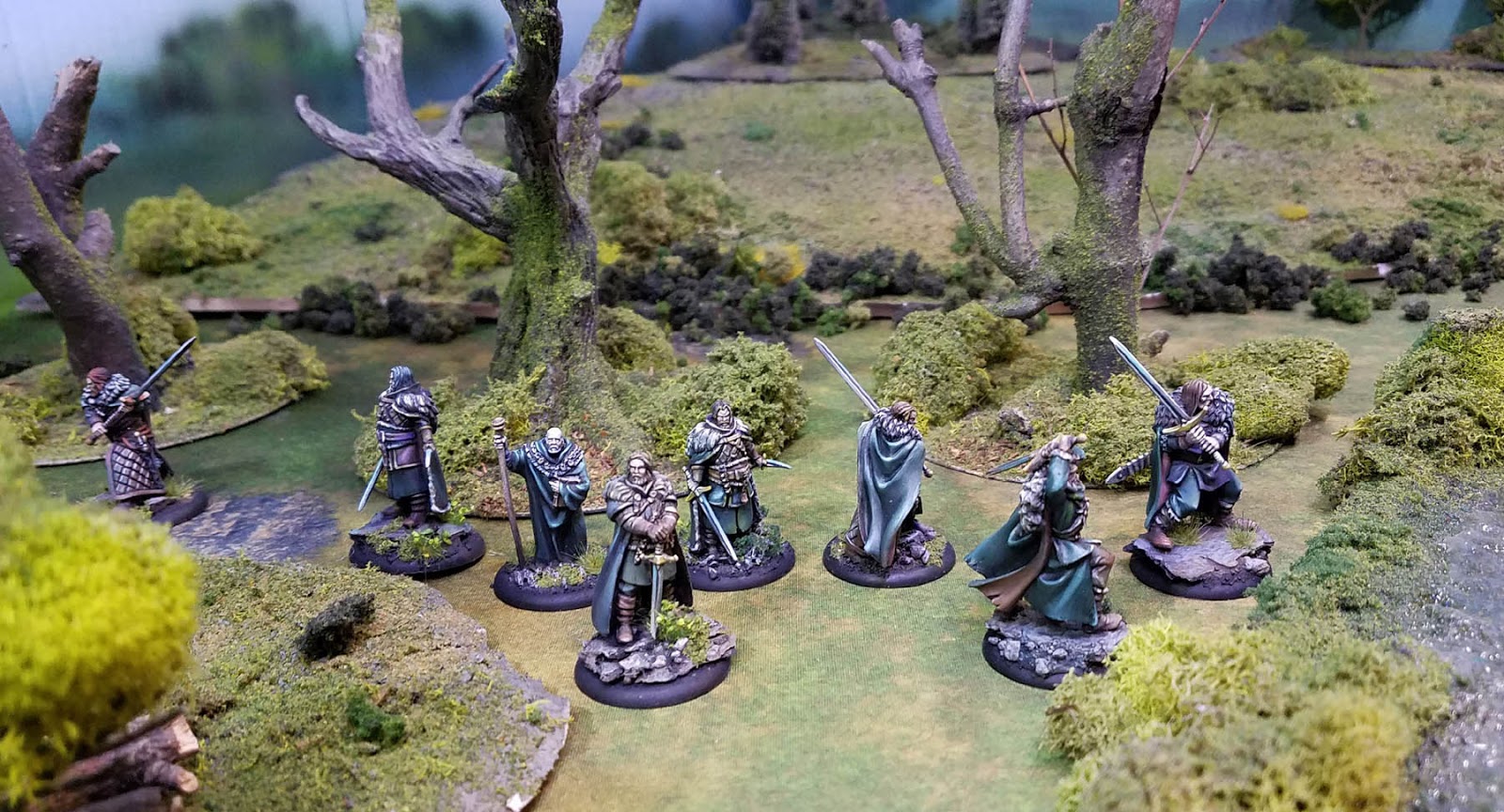 My own Night's Watch are in the "official" color scheme, and they are the subject of my Army Painting Series 6.  Here's a look at the basing episode, which is how every series begins: 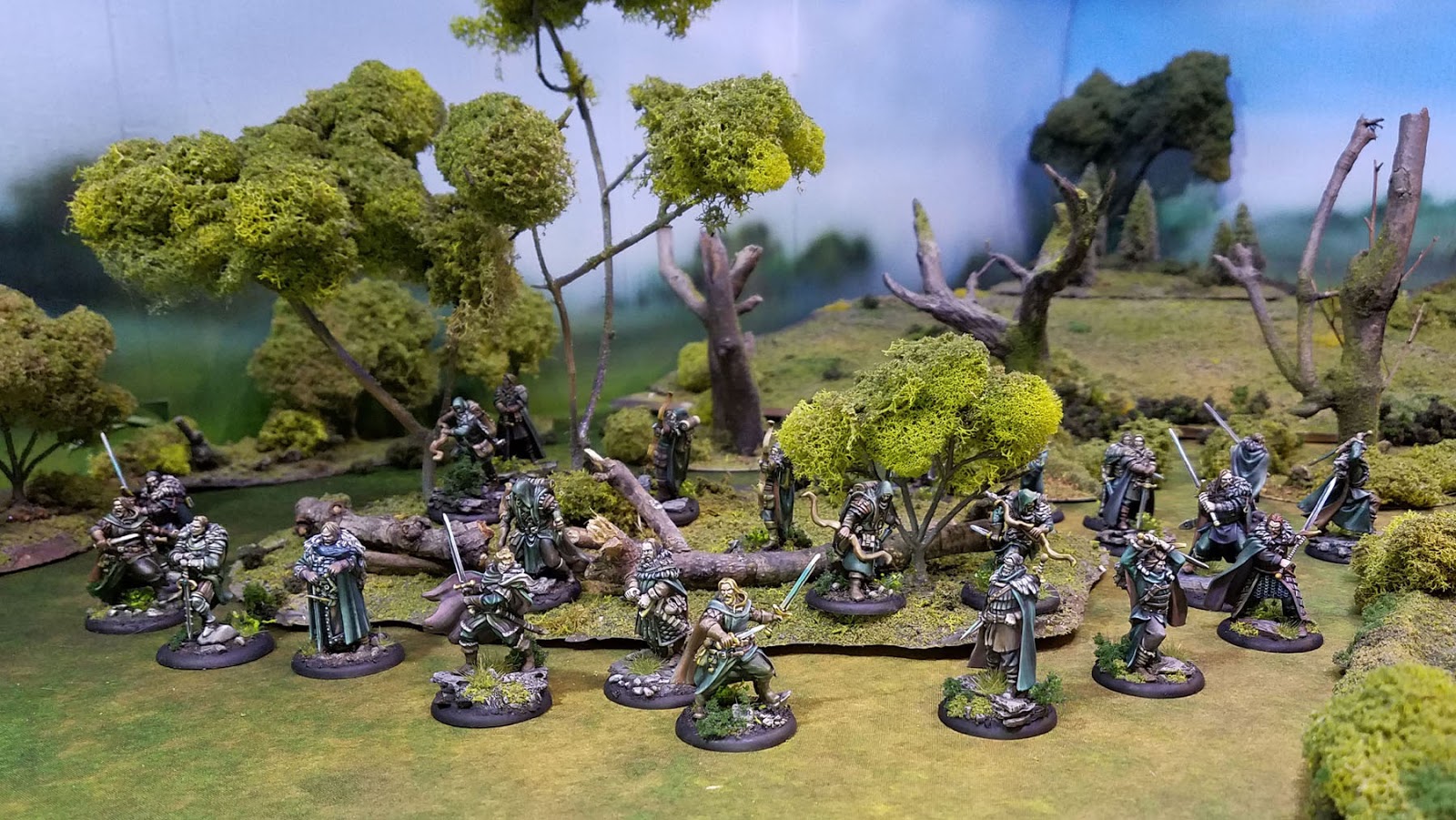 I will probably have fewer terrain pieces on the board than I normally do for my Bolt Action games.  That will likely be placed along the edges of the board, but I definitely want to have some slopes, rivers and so on, to create a more realistic setting than tossing out a few cardboard terrain "pieces". 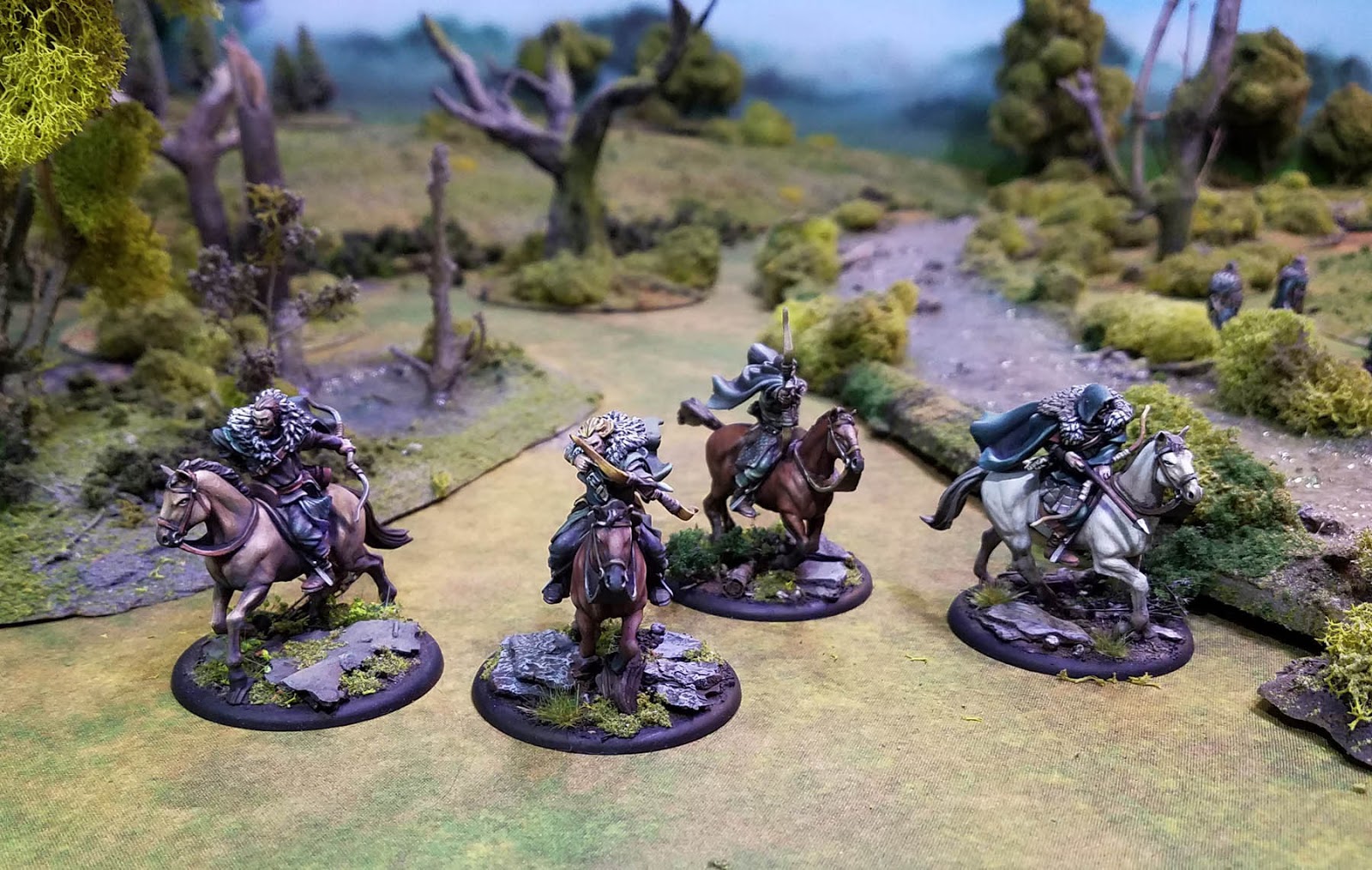 This central sloping hill is an example.  I think it will be really dramatic to have units heading up to the top of this hill to duke it out in close combat!  In my other games, it tends to be a line of sight blocking piece.  Now it should be the focus of many an objective marker grab. 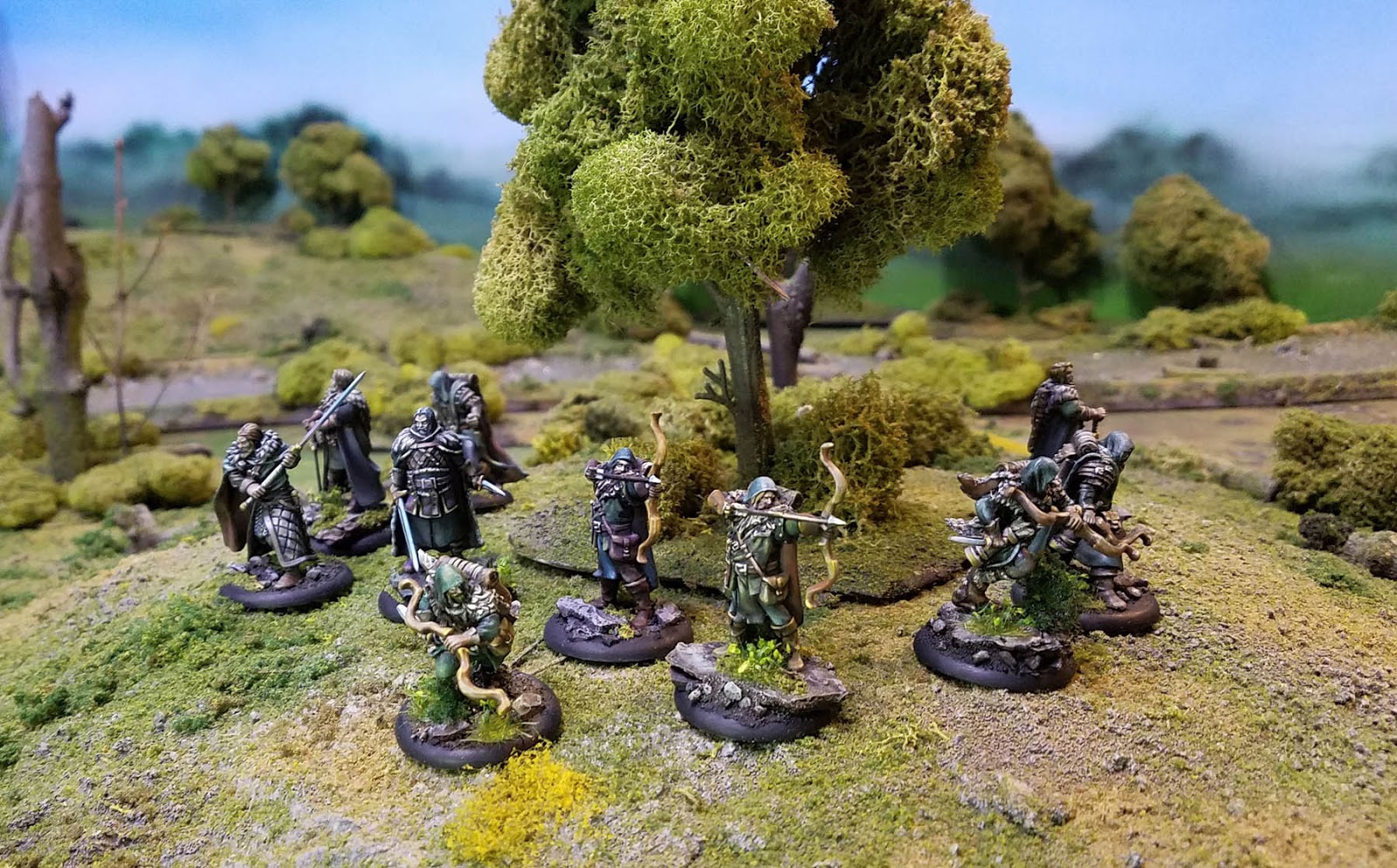 I have a number of tutorial posts on how the terrain was made, such as this: 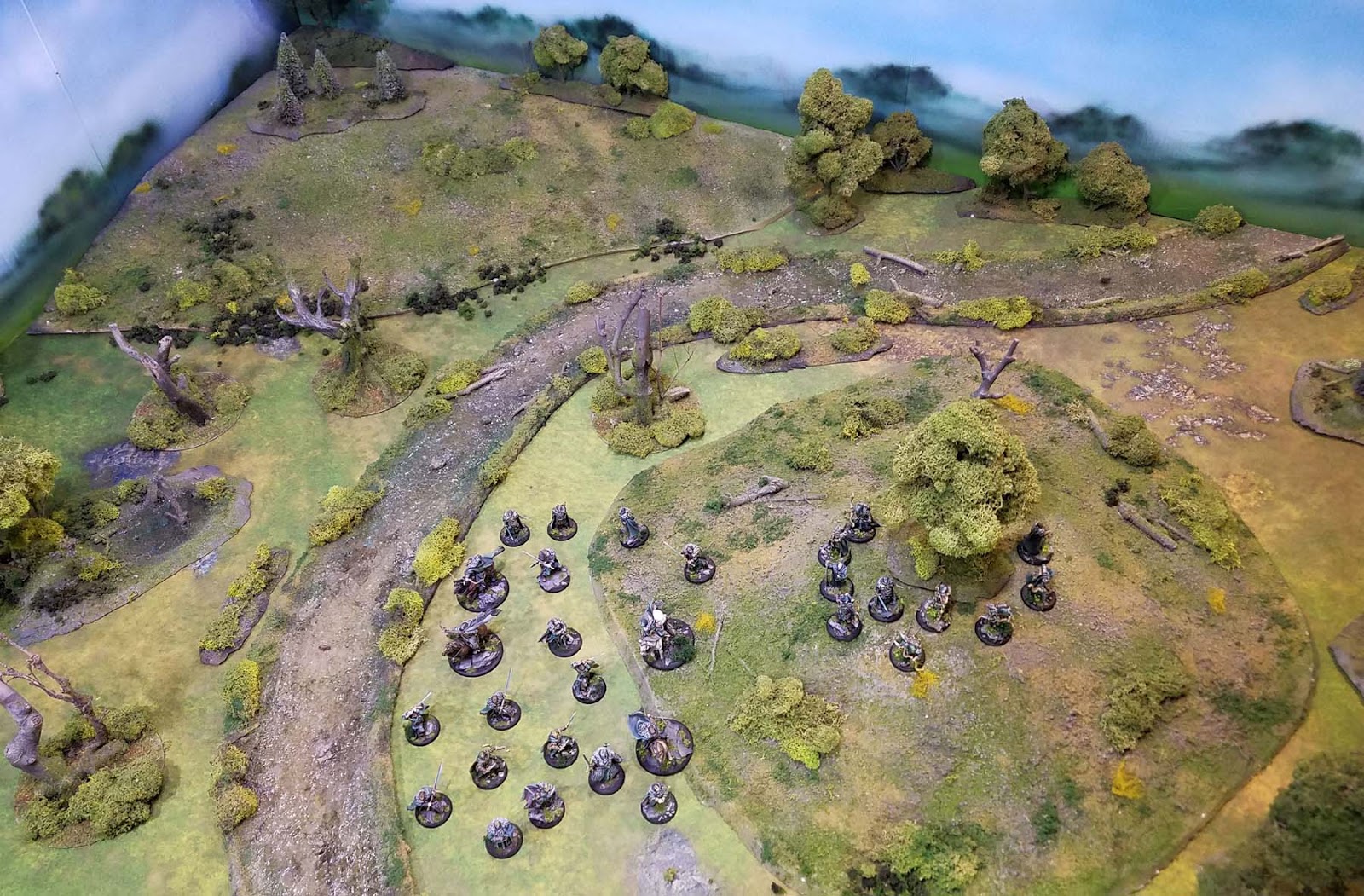 To get a peek at how the terrain looks in a battle report, check out this Bolt Action report: