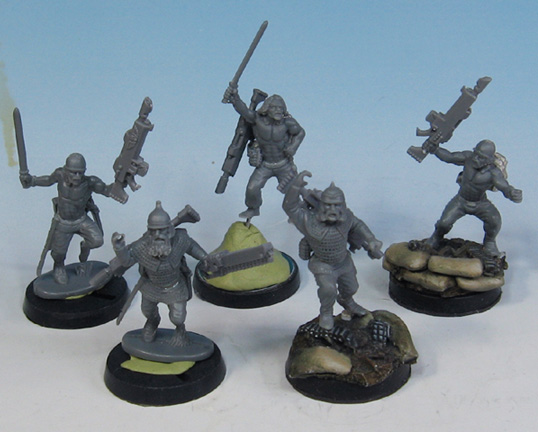 Some of you may remember the concept behind the combined I.G. Sisters army, and that it was going to have mass amounts of conscripts.  The idea was to have 'locals' recruited as these conscripts.

While the female warriors generally go on to become Sisters of Battle, or officers, the lads end up as conscripts like these.

I took some plastic historical Celts and added a few pieces of gear.  Some of it was I.G. bits, and some backpacks were from Victoria Miniatures.

These are some partially complete conversions, minus some green stuff straps and purity seals.

I still have to determine exactly what kinds of base they will go on.  Since they occupy the underhive, I think it will be quite dirty. :-)

I am looking forward to doing some color tests on these.  Obviously, there will be some stripes and some plaid going on! 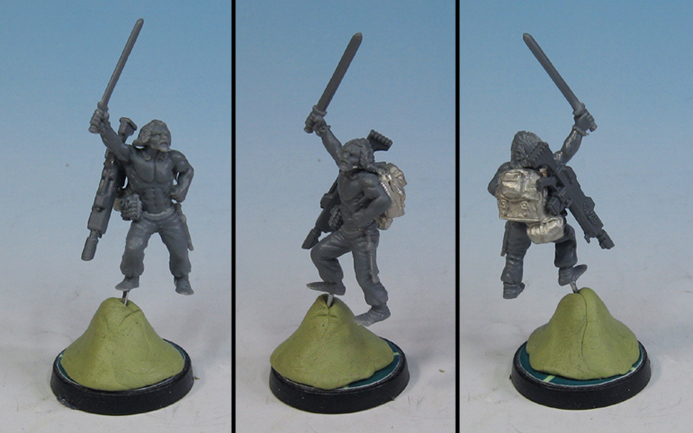 I believe that there are 40 of these guys in the army list, so that's why the plastic Celts seemed to be the way to go.  I seem to remember boxes of 20 for $40, or an even better price per mini ratio.

I did one set of 10, and these are the first five of the bunch.  Again, the basing will likely change. 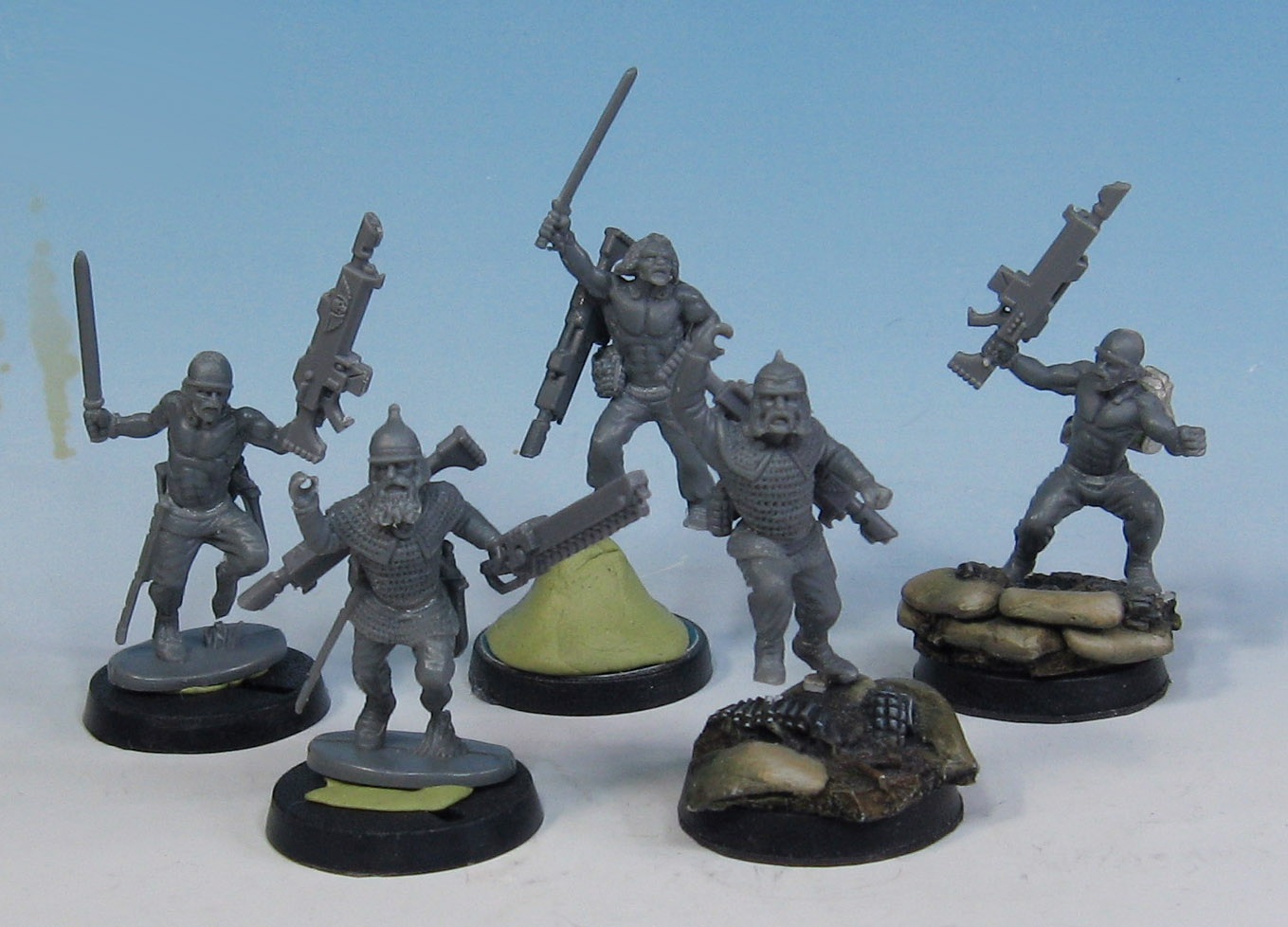 For those not familiar with it, here are some images of the Sisters of the Raven, and their color scheme.  The Celtic look carries through all aspects of the two allied armies. 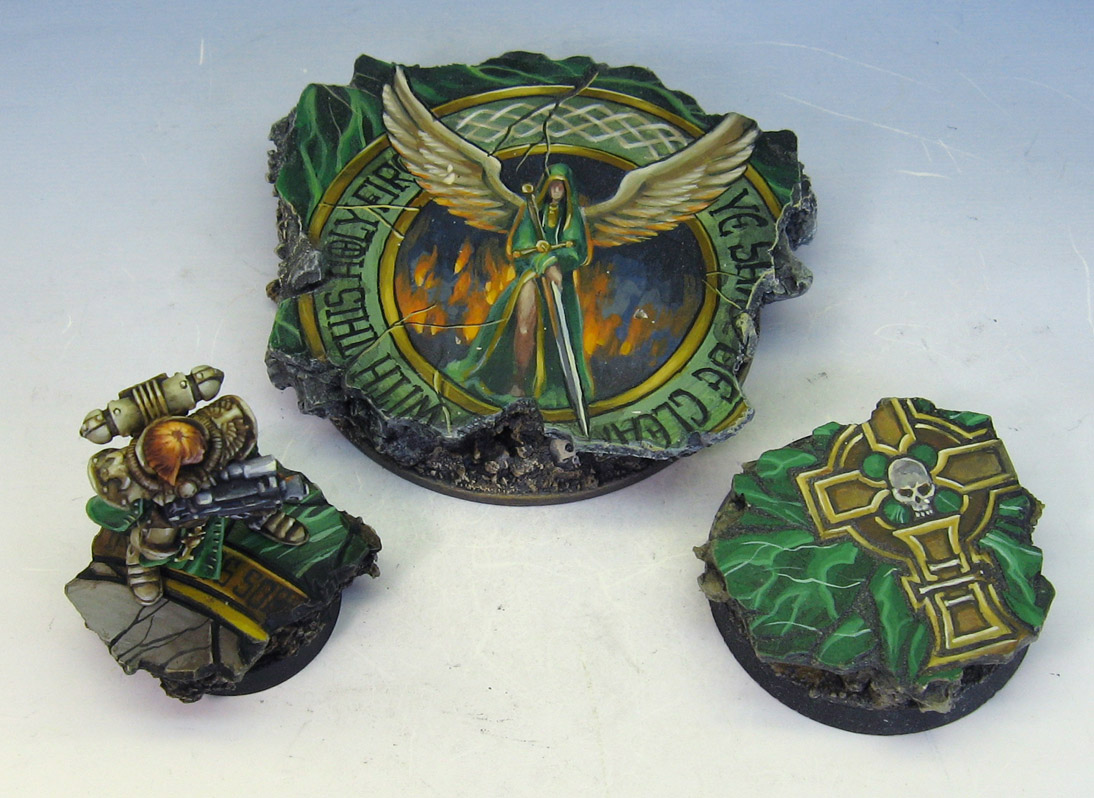 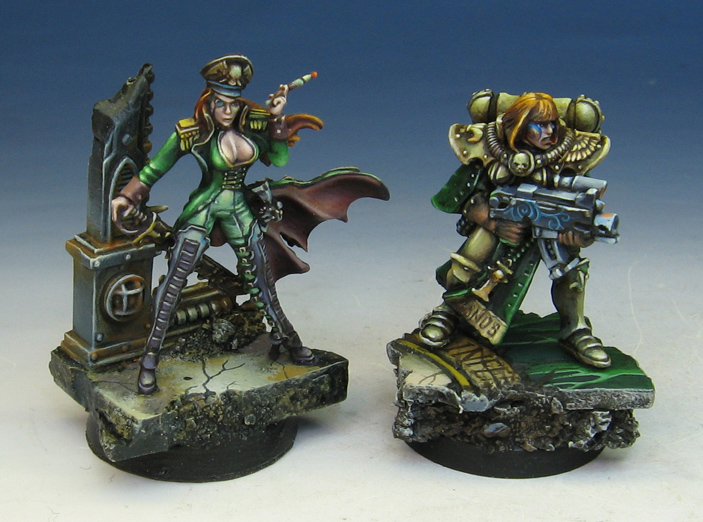 More iconography...
and a link to a previous post:
http://wappellious.blogspot.com/2013/05/what-future-holds.html 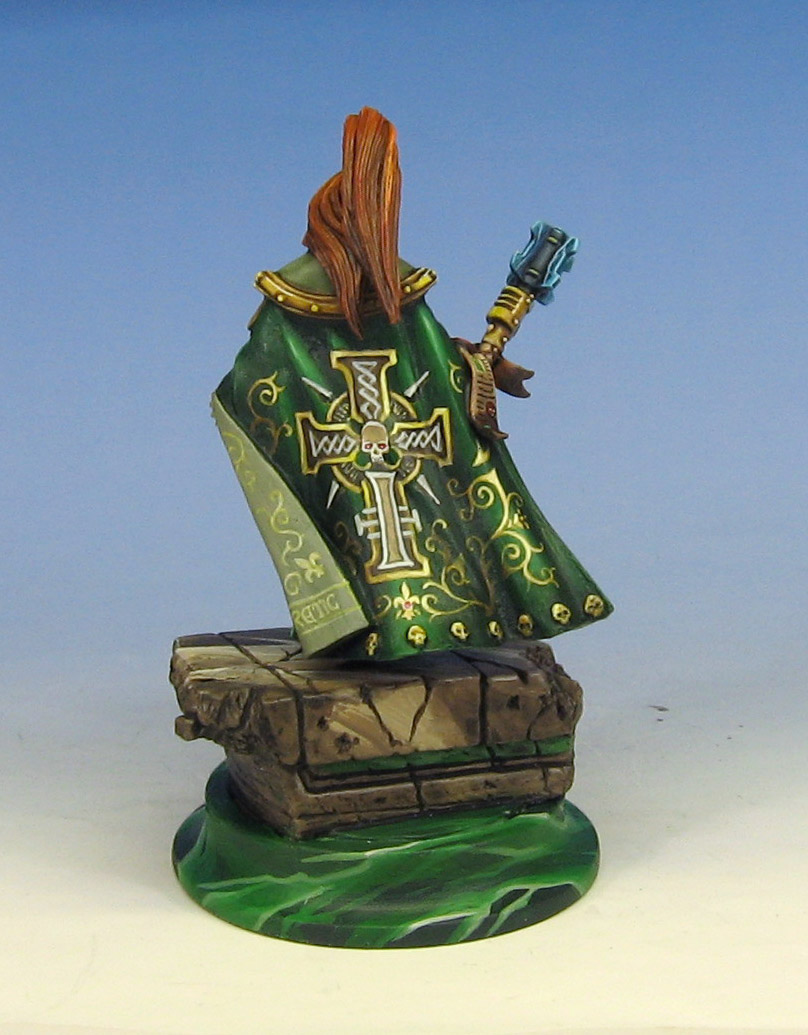 Here's a sketch of the leader of the army, Living Saint Morrigan. 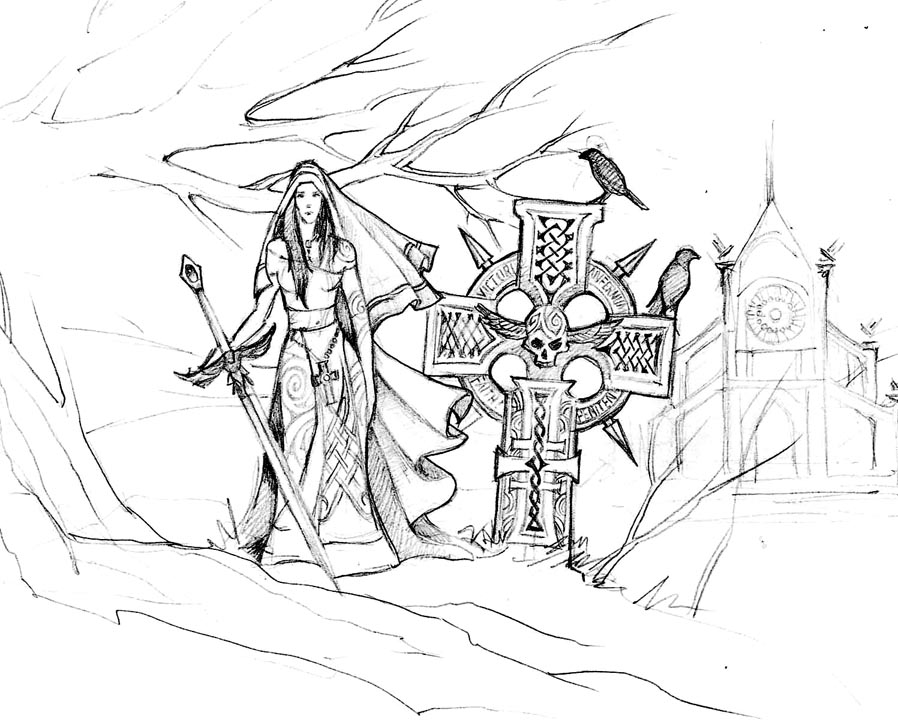 Posted by wappellious at 6:07 PM No comments: 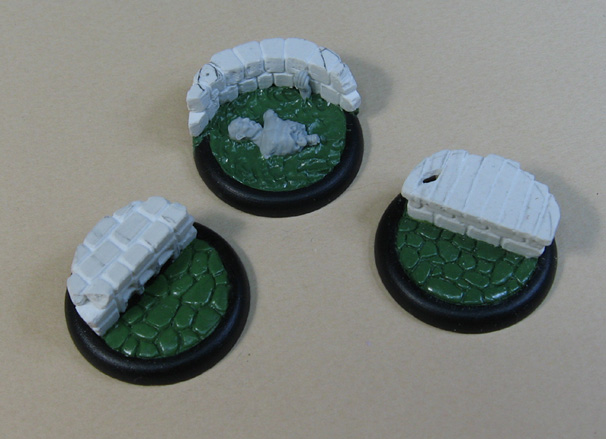 Here's a brand new set of bases that Cathy made for her new Malifaux crew!

She did some really neat work with the sculpey, getting lots of fun little details.  In fact, I kept noticing new ones each time I took an image from a different angle.

The sewer grate is very cool, and the wood platform even has a little knot hole! 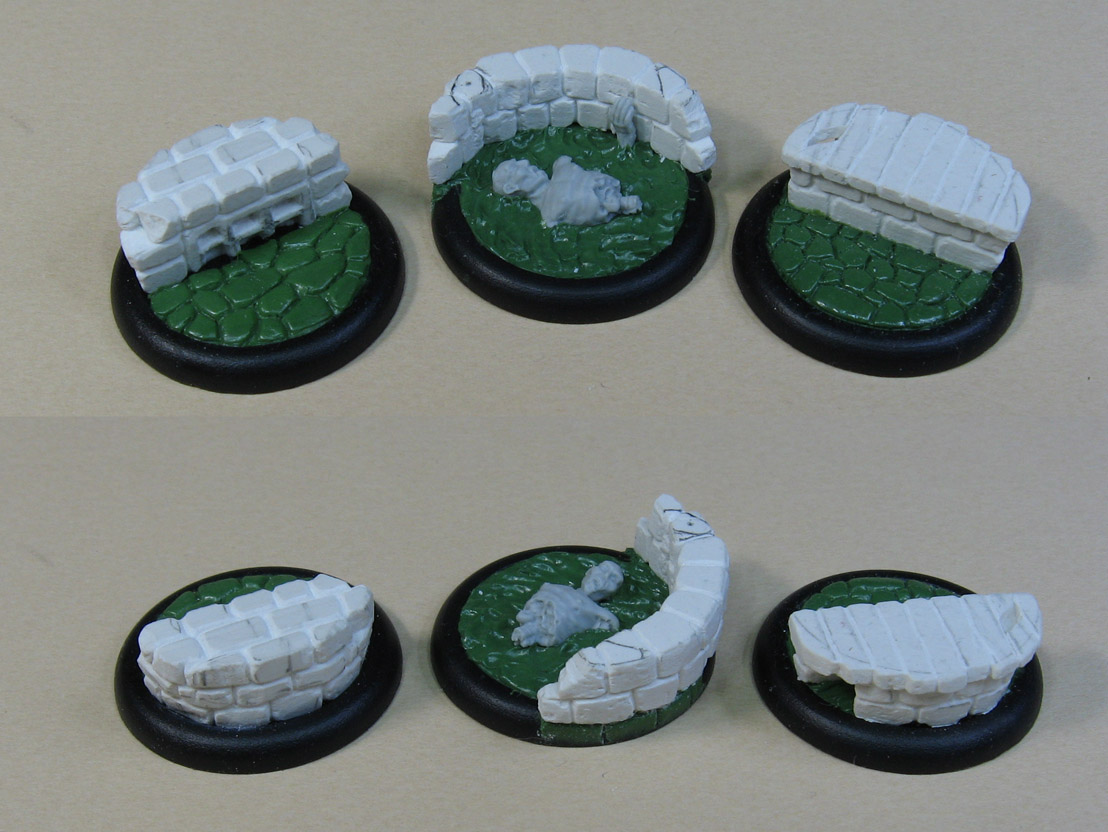 Cathy was the first one to carve barrels from a piece of sculpey.  This technique was included in one of the videos!

Cathy loves to make green stuff cobblestones!  I have always had a tough time with that. 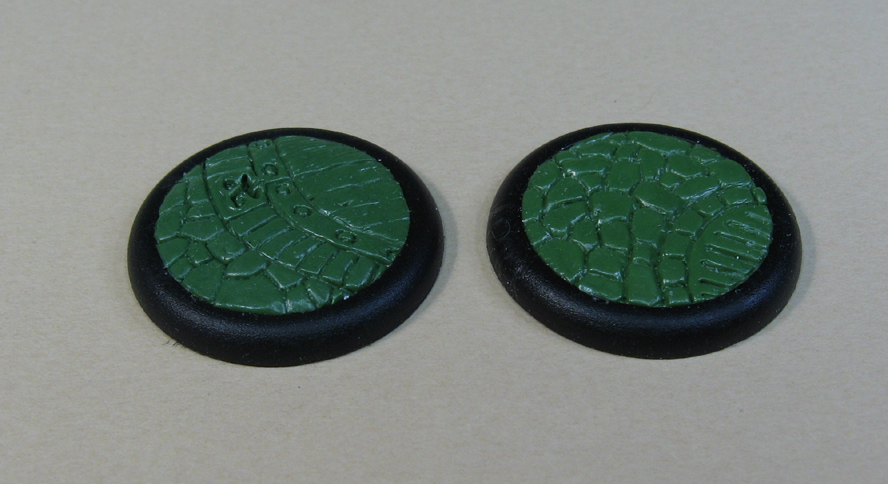 Here is the whole set.  I loved how the hand is coming out of the water!  Her first try at using the Secret Weapon Miniatures body parts. 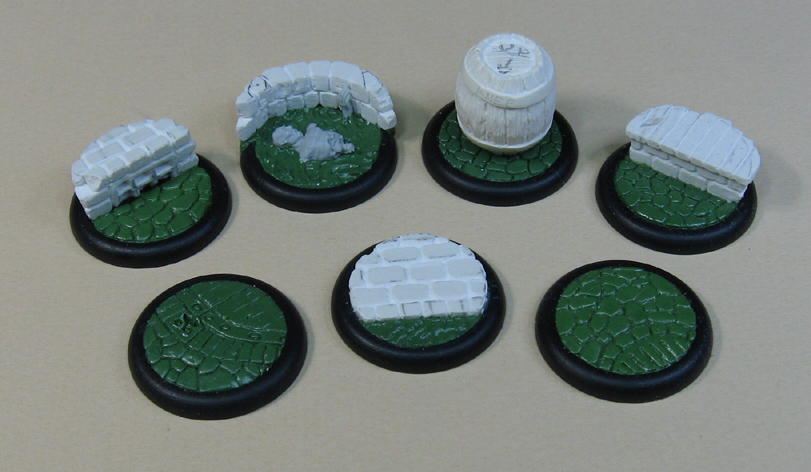 I will take some more WIP images of these with the figures on them next... 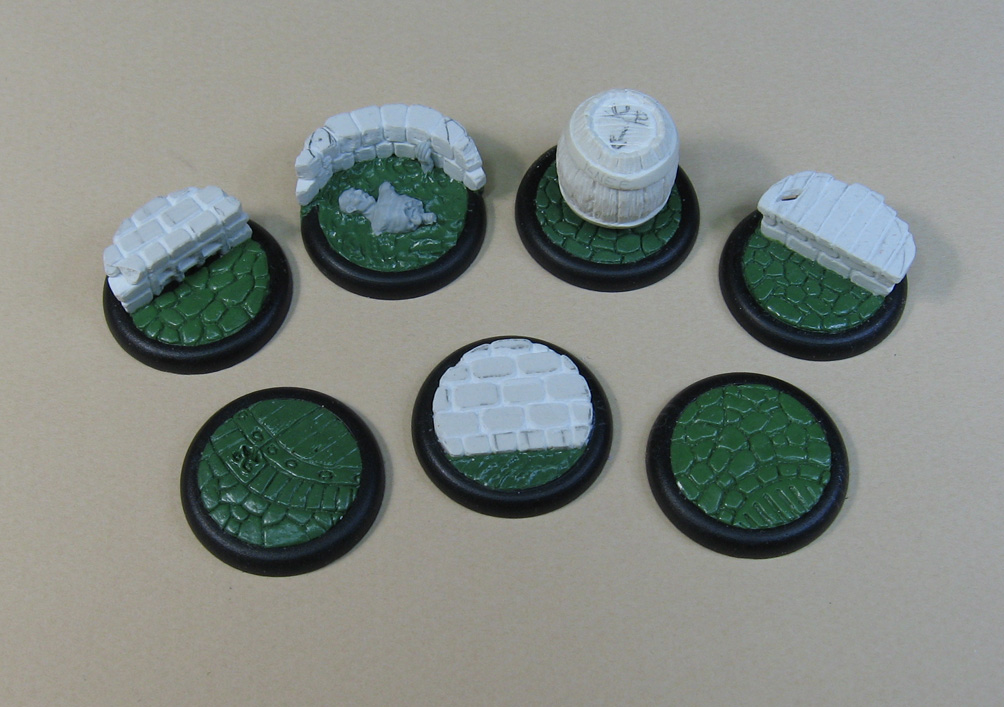 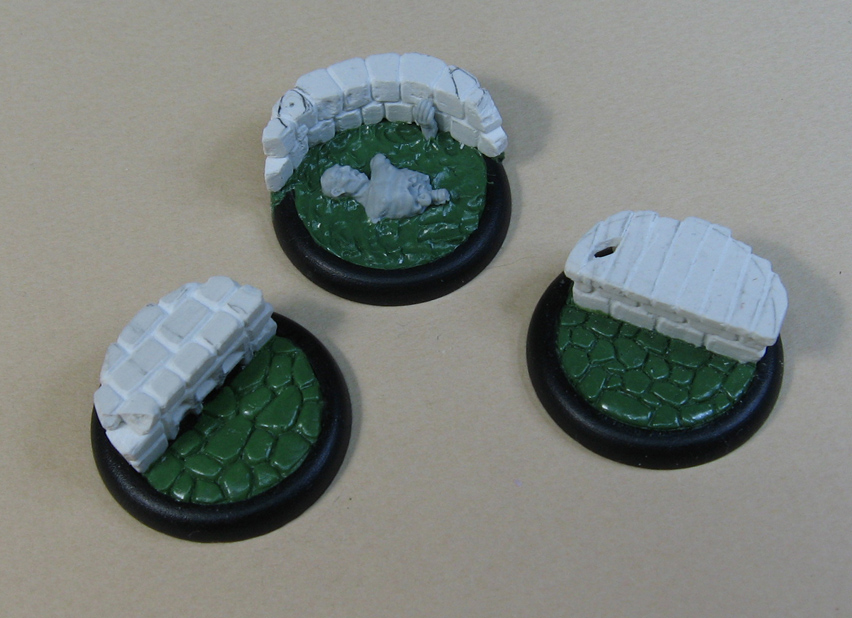