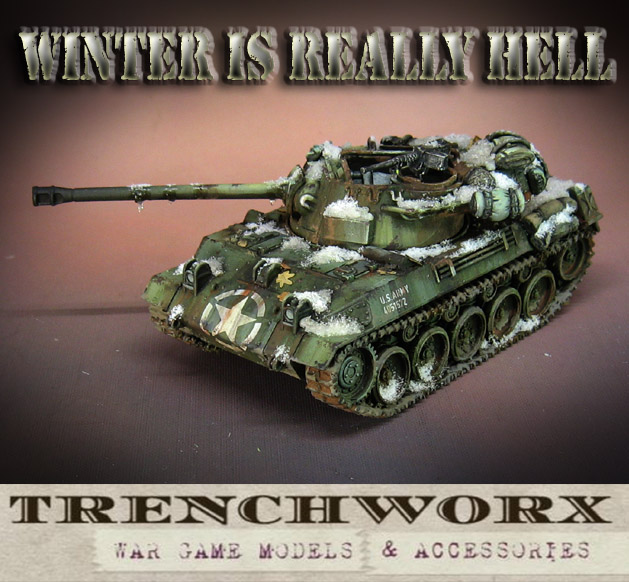 After a few facebook live painting sessions, we have the finished version of the Trenchworx M18 Hellcat.

As you saw in the original unboxing post, these kits are very easy to assemble, and they even have magnets for the turrets!  That is a fantastic feature.

This version was winterized to go along with the winter American army for the Bolt Action Battle of the Bulge book which has just been released.

I tried out a number of brand new materials on this vehicle, such as the Wilder oil paints, and the Secret Weapon mud kits.  That involved mixing sand, realistic water and weathering powders.  I also mixed static grass into this to create grass tufts hanging out of the treads.

Here's a link to that live video:

The views from above show some of the variations in the greens, as some areas have a little more blue, while other spots are more yellowish.  Also, you can see the leaves that were added that had been cut with the Green Stuff World leaf cutters.

The stowage was mostly sculpted, although I used a few extra bits from the American Bolt Action sprues too.

One winterized American tank ready to take the field!!!