The Mimes of Moria!! What they didn't show in the movies... 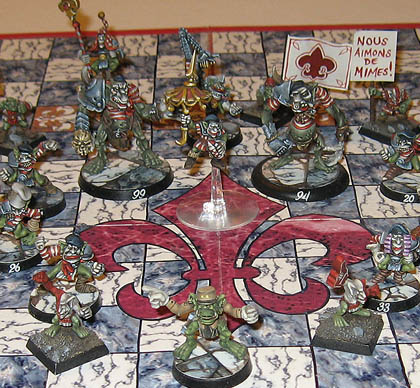 I was quite surprised that the Fellowship of the Ring films did not include one of the most popular venues in all of Moria, and the team that played there...

I am starting this off with a bunch of team photos.  Later today I will break it down into more individual miniature shots.

This is a blood bowl team that I made way back in 2006.  Let's just say that I learned a whole lot about conversions in the process! 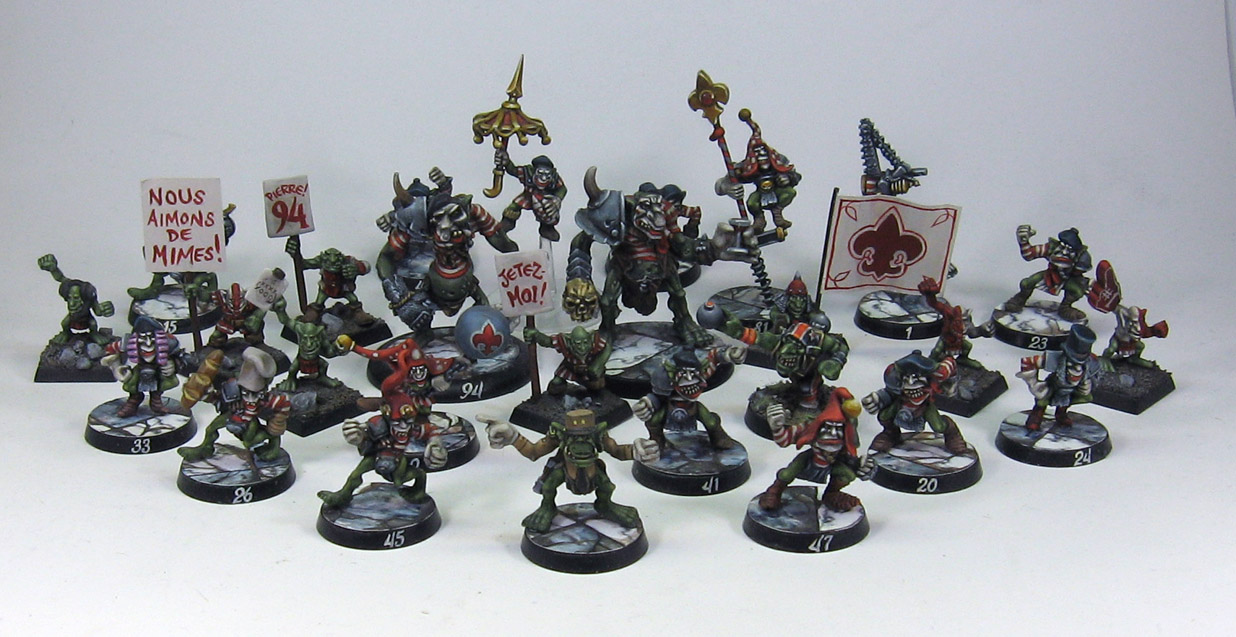 Some of the fans are carrying signs that say "Toss me!" and "We love the Mimes!"

There are assistant coaches, superfans, star players, special weapons, and the like. 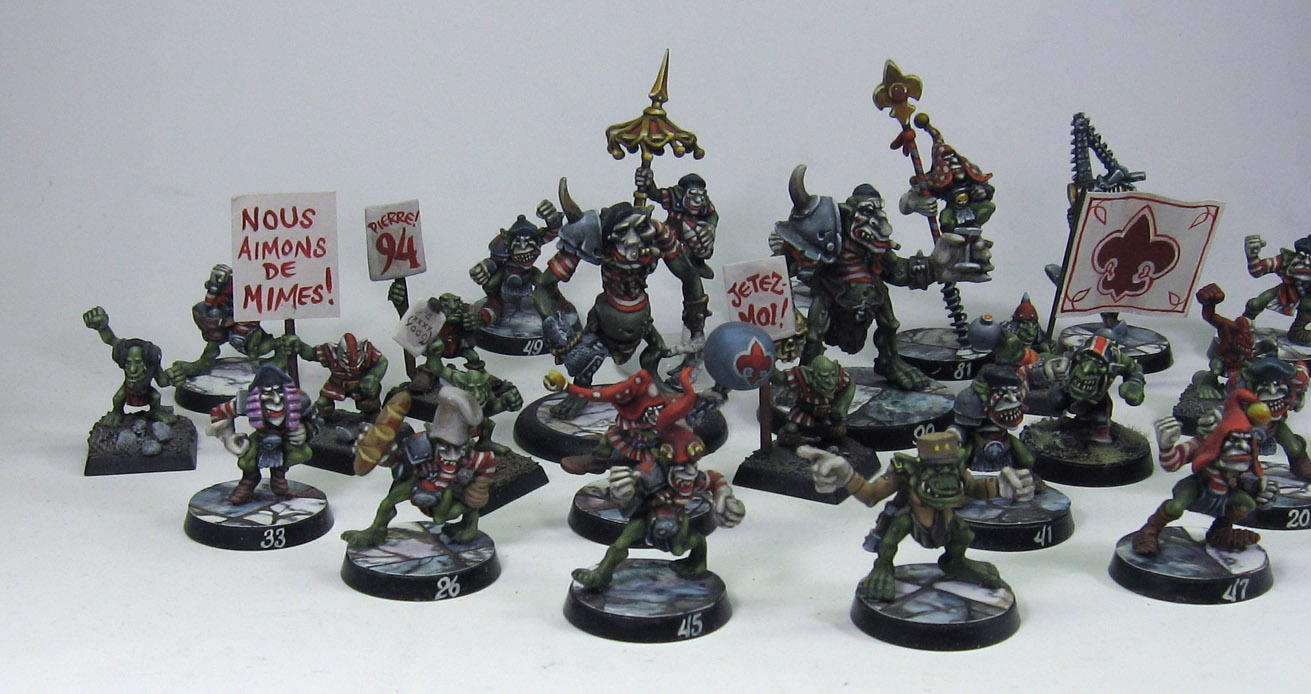 There are a lots of very heavy conversions.  I had to hack away at a lot of metal figs so that I could make the berets, etc.  The pogo stick guy was a big challenge.  Now it would be a much easier process. :-) 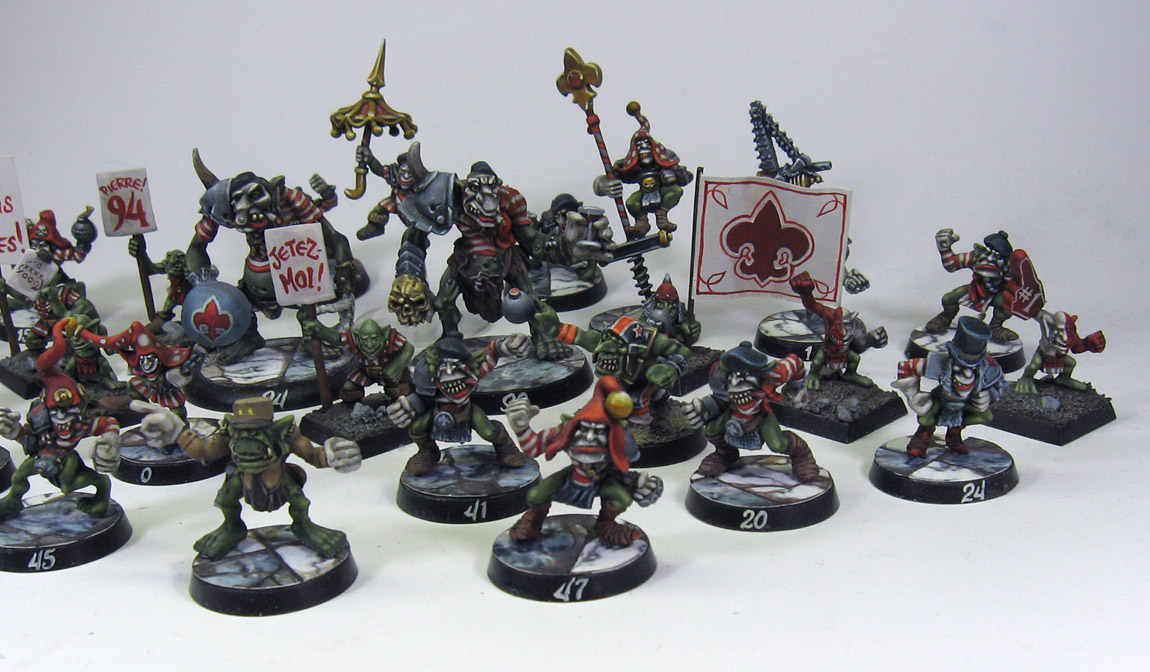 The board was also made the hard way.  I put the whole thing together in Photoshop and then printed it out on 8.5 x 11 paper.  Then I had to try and glue that whole puzzle together!!
The signature you see is from Jervis Johnson, who came to the Chaos Cup that year. 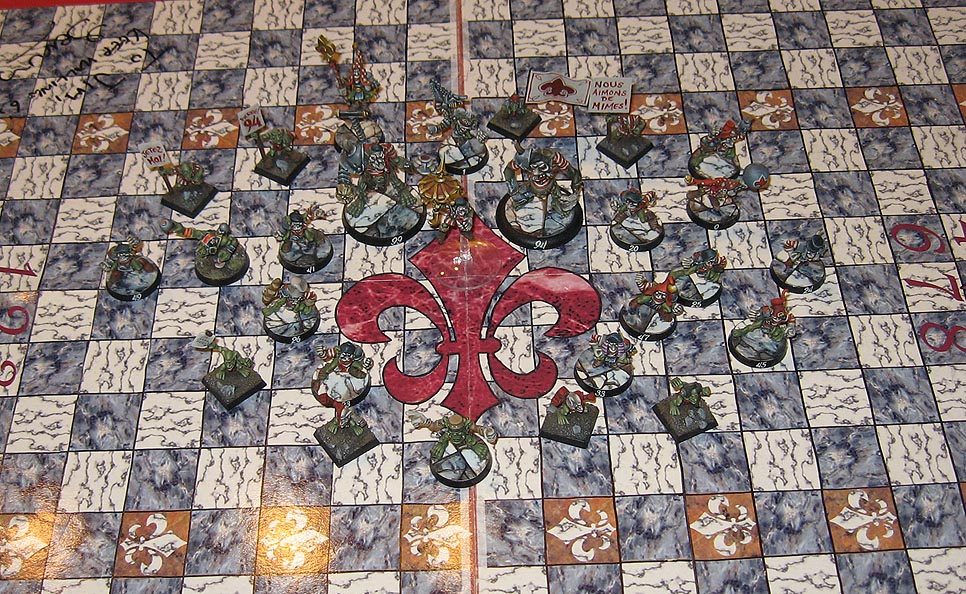 I used some of the extra tiles that were printed to glue onto the bases. 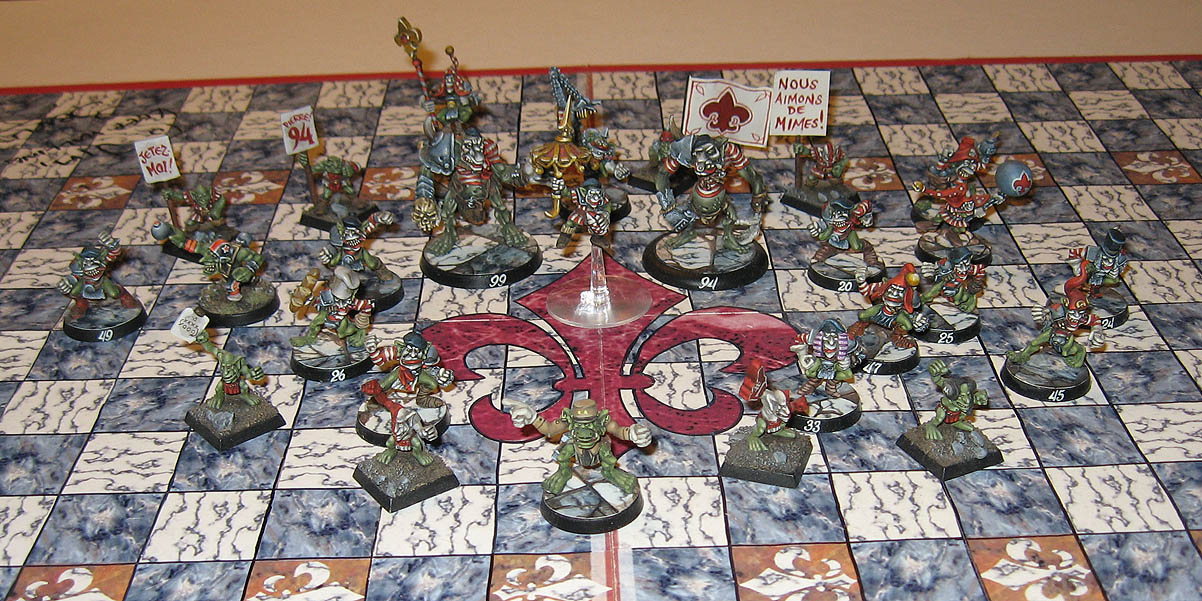 The individual shots will show you more of those conversions, and the freehand designs. 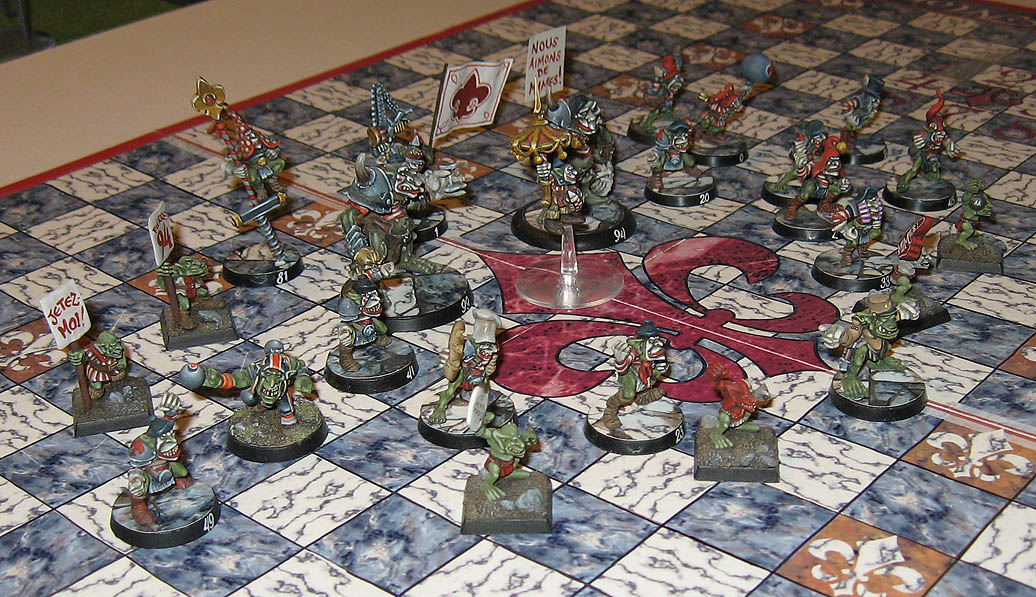 When the Mimes came out to play, they had a full bag of tricks.  Invisible boxes and ropes, invisible footballs, etc.

There was also a "referee hospitality fun", along with cheese wheels and lots of Chablis!

And a lovely parasol, of course, for soft landings on a goblin toss!!! 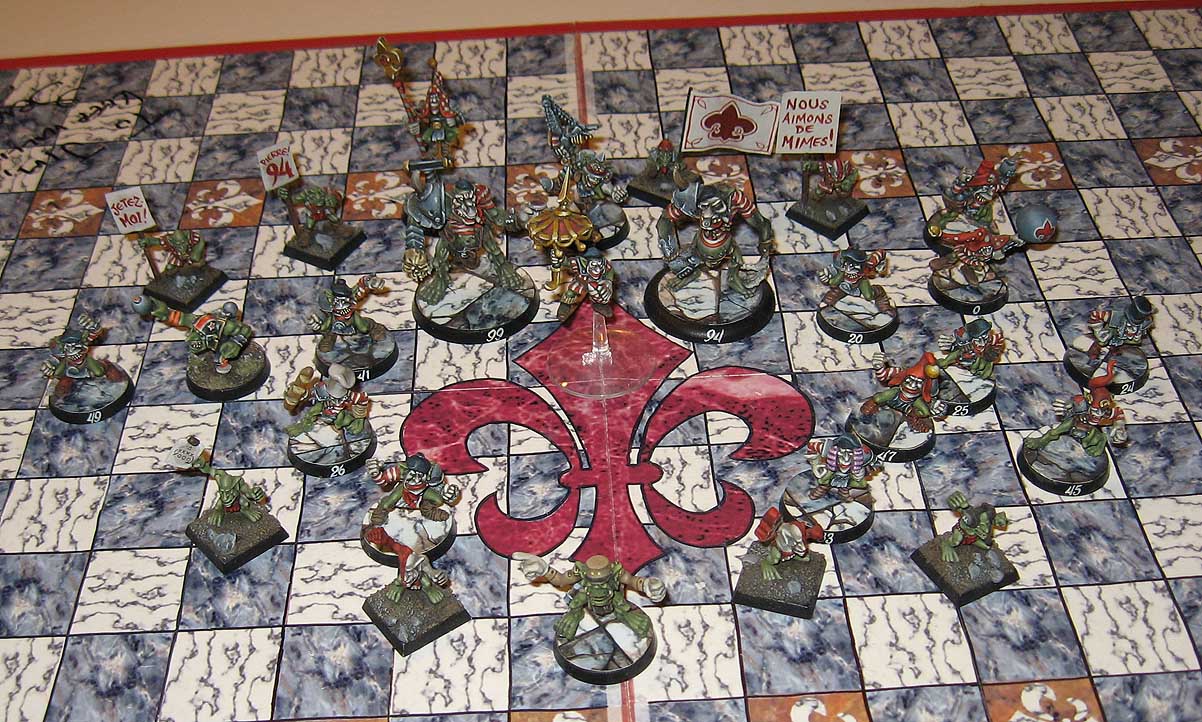 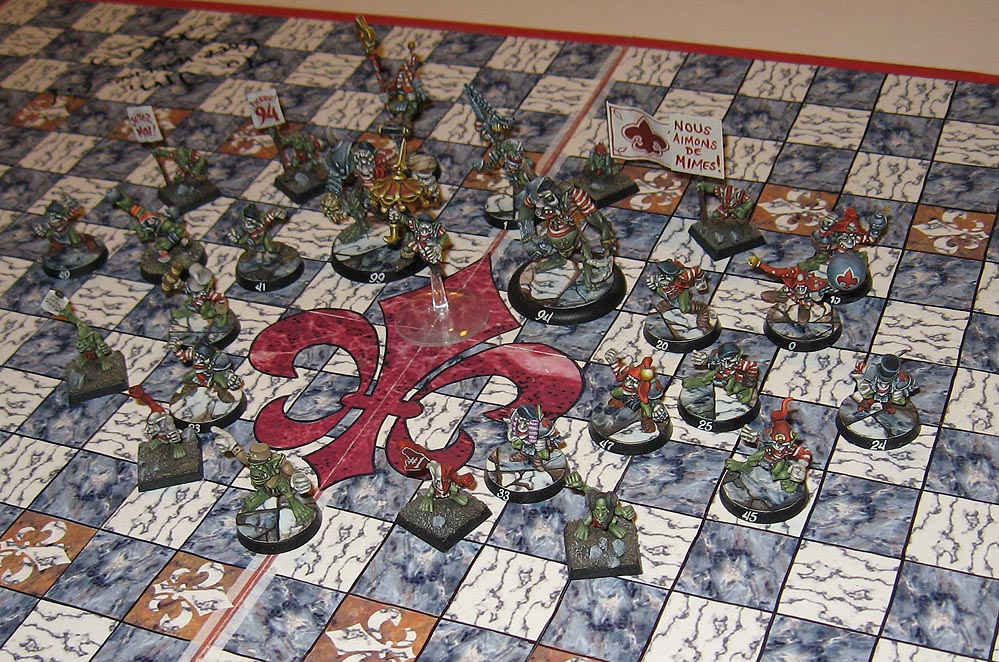 So, the next few posts will focus in on the individual players.  This was always my favorite team.  They scored a lot of touchdowns (about 3 per game), and managed to get me into the playoffs their first year in existence! 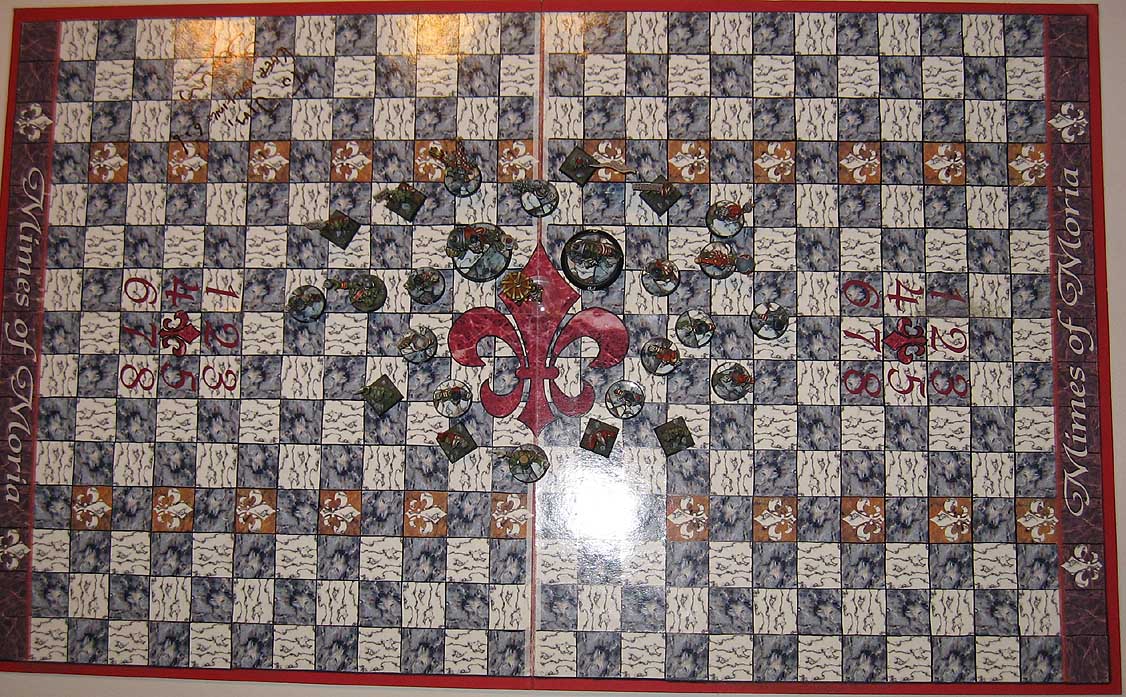