Hanging out in the desert 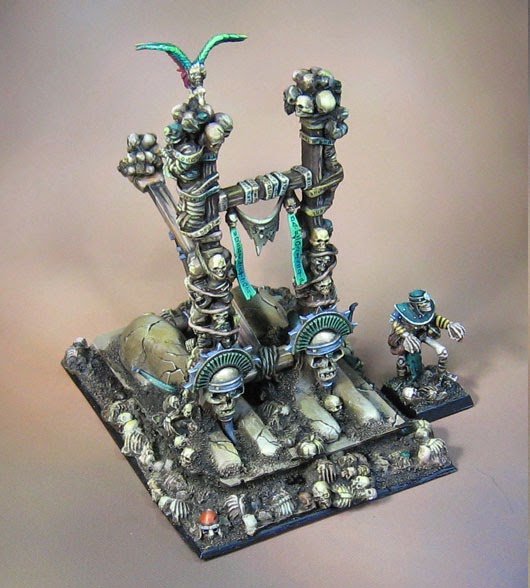 I started out by taking pictures on the standard fade.  Even this was just a fantasy a few weeks ago.  Having the huge backdrop was fantastic! 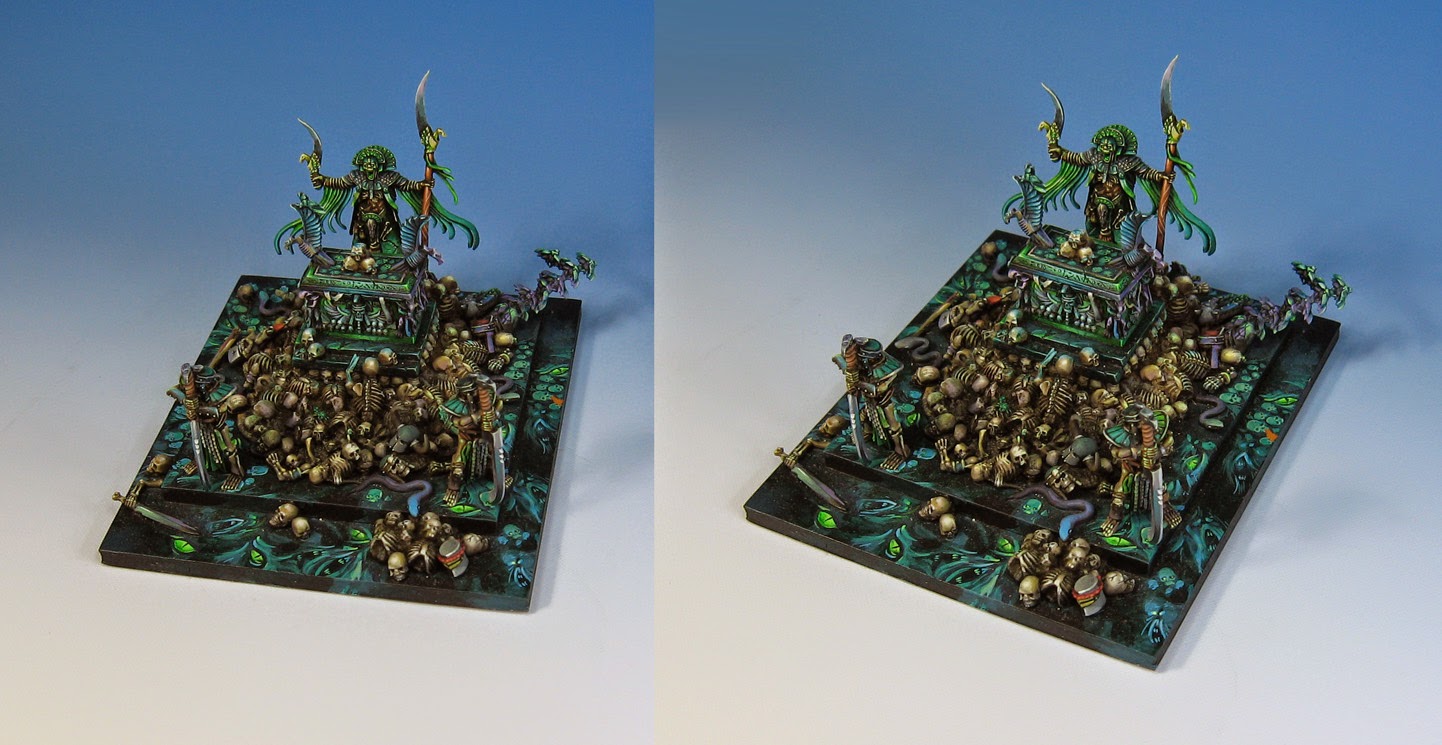 I could do so many more angles.  Normally, if I try to get "adventurous" with my angles, I end up with exposed corners that have to be retouched out of the image. 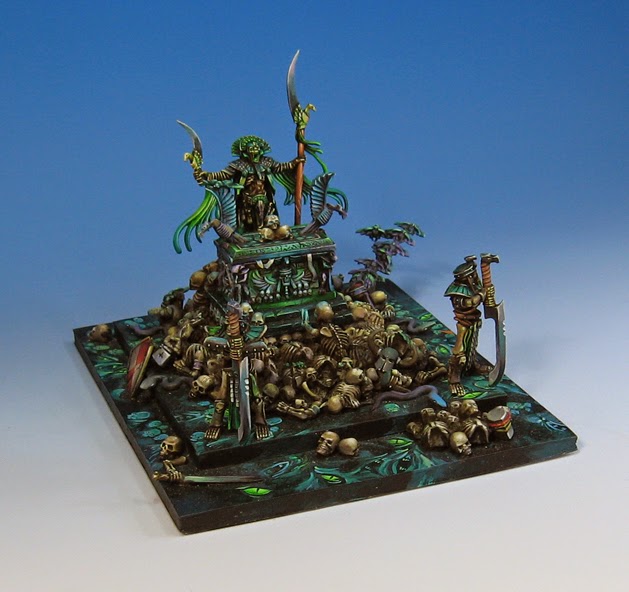 Let's see how this looks on one of the other backdrops.  I was REALLY eager to see how this one would work with my Tomb Kings!  For obvious reasons. :-)

This was an objective marker that I made out of one of my terrain pieces.  That same sphinx was everywhere, including on my scratch built Screaming Skull catapult. 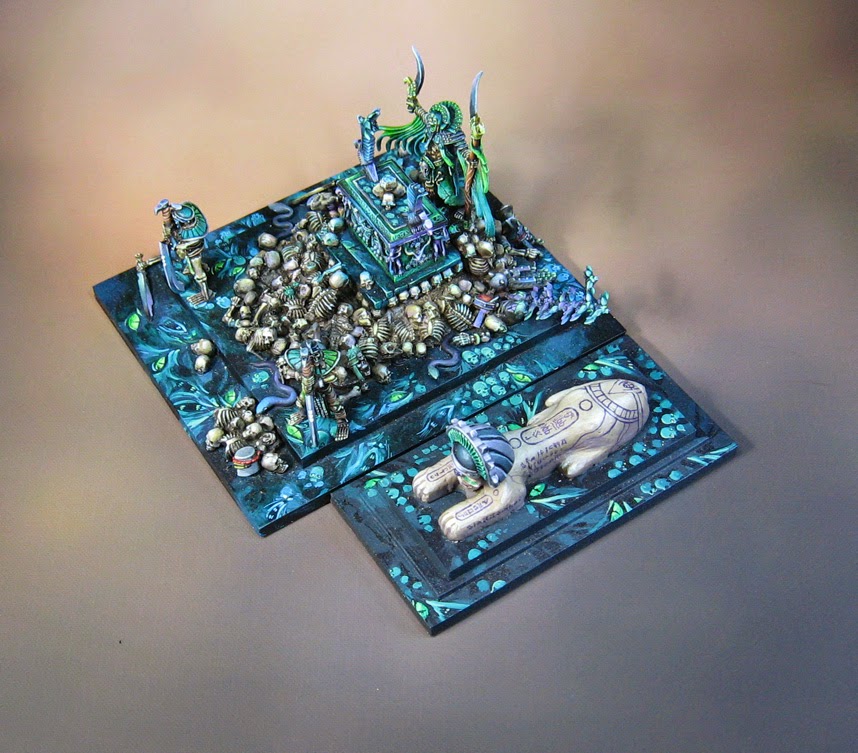 One last view.  The browns really play off the greens.  I will be trying this out with two other back drops, so look out for that!

Speaking of scratch built catapults... here it is!

Check it out in brown!  Again, lots of new shots to test out, and a whole army to do that with!!!! 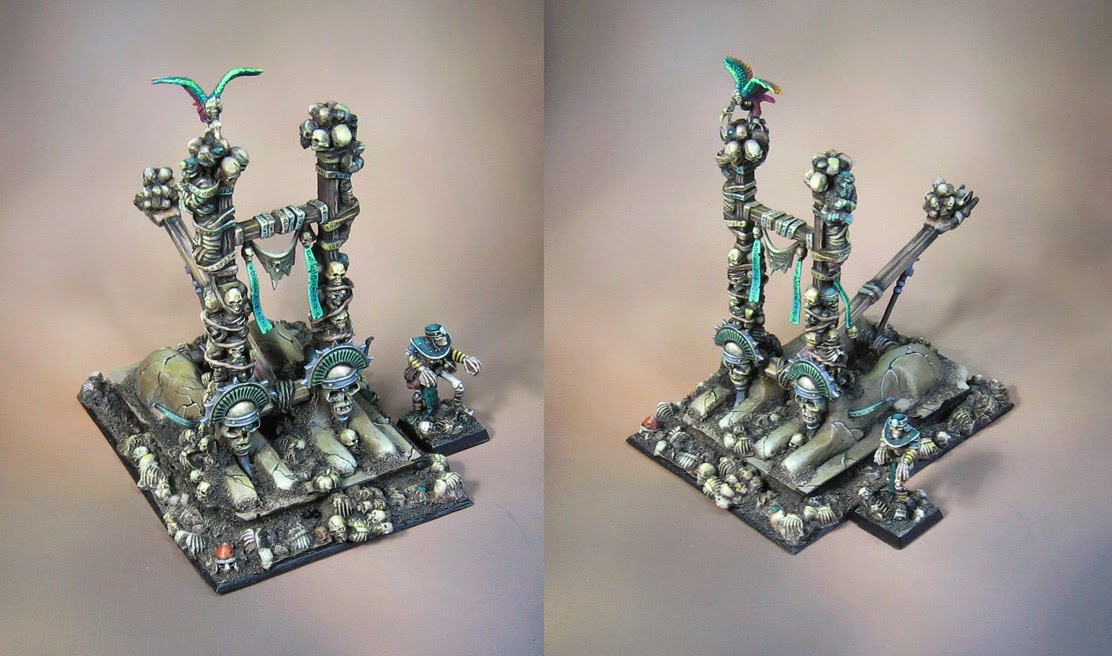 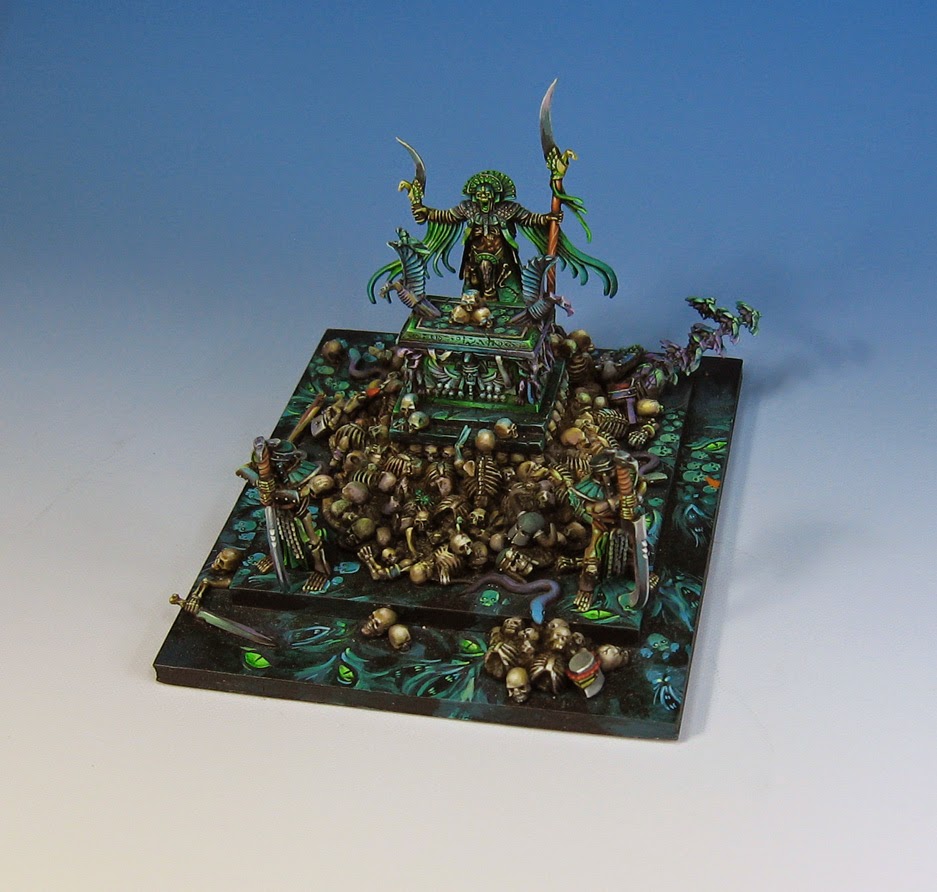 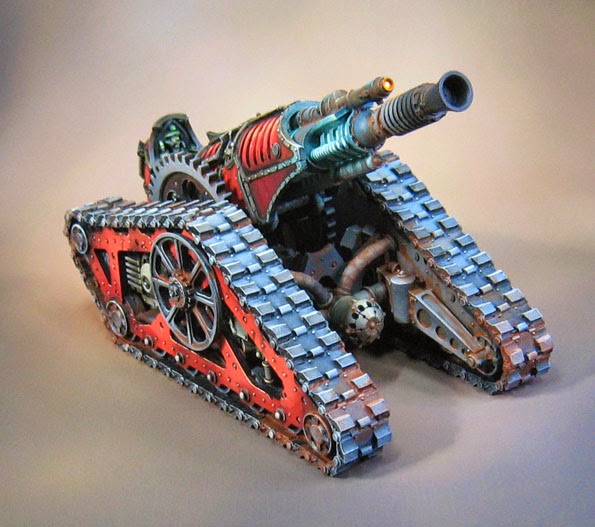 As I mentioned a few times during the assembly phase of the Krios, I learned that the gun is supposed to be able to change its angle. 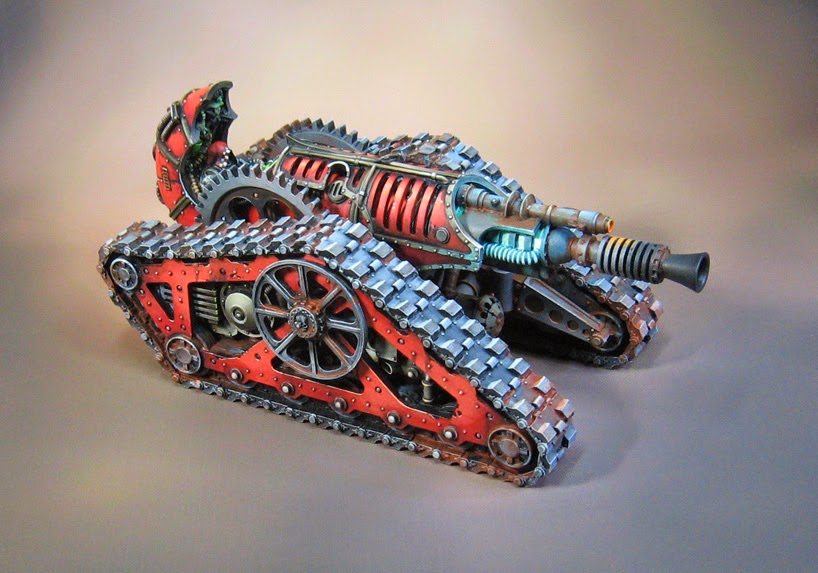 While I was trying to get the mass of pieces to stick together, it seemed like a pretty impossible task.  There was a lot holding the sections together towards the front, but not much in the back, where a lot of the weight would be. 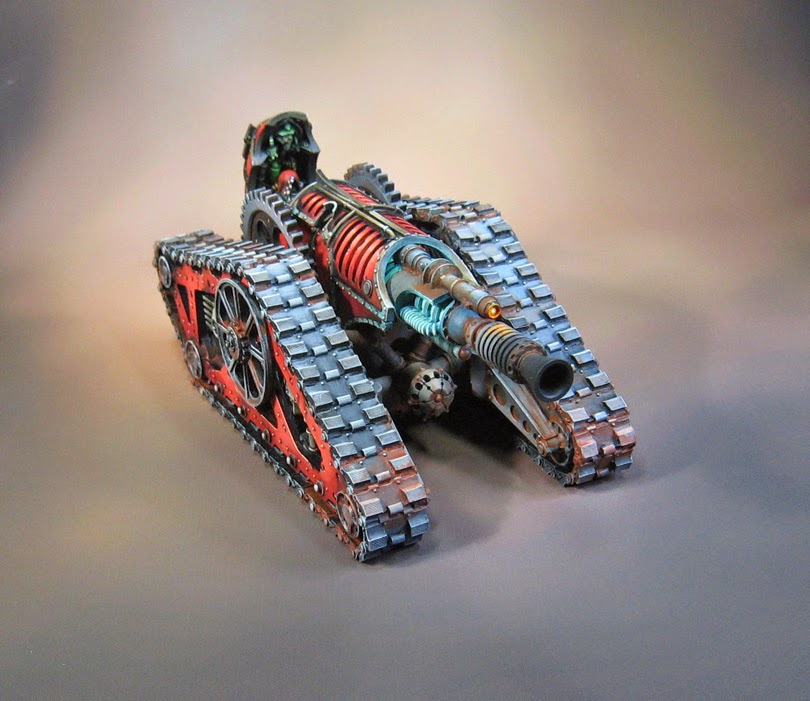 I had used to green stuff to close the gap on the axle of the gun, and it's a good thing that I did. 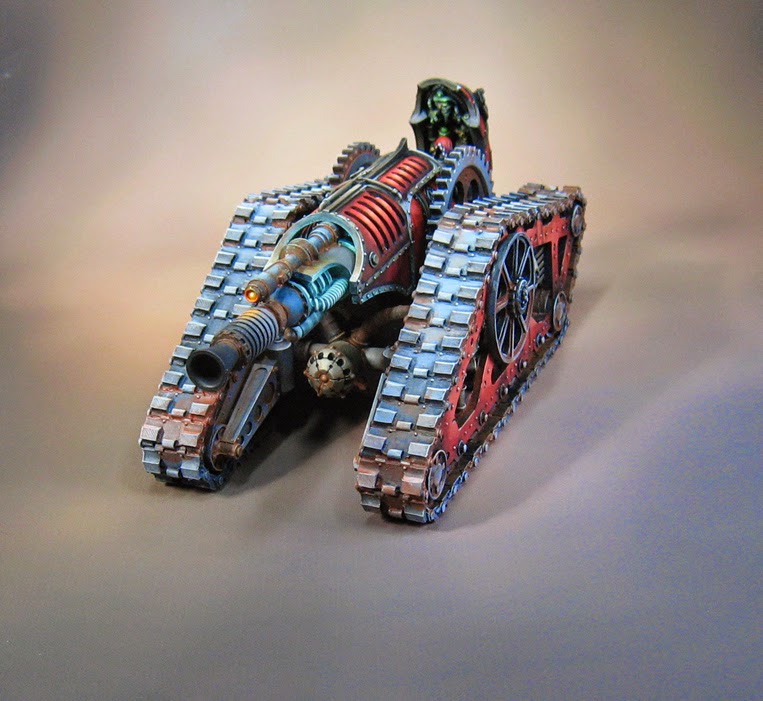 That extra green stuff provided the contact needed to keep the gun in place once raised.  So, be aware of that! 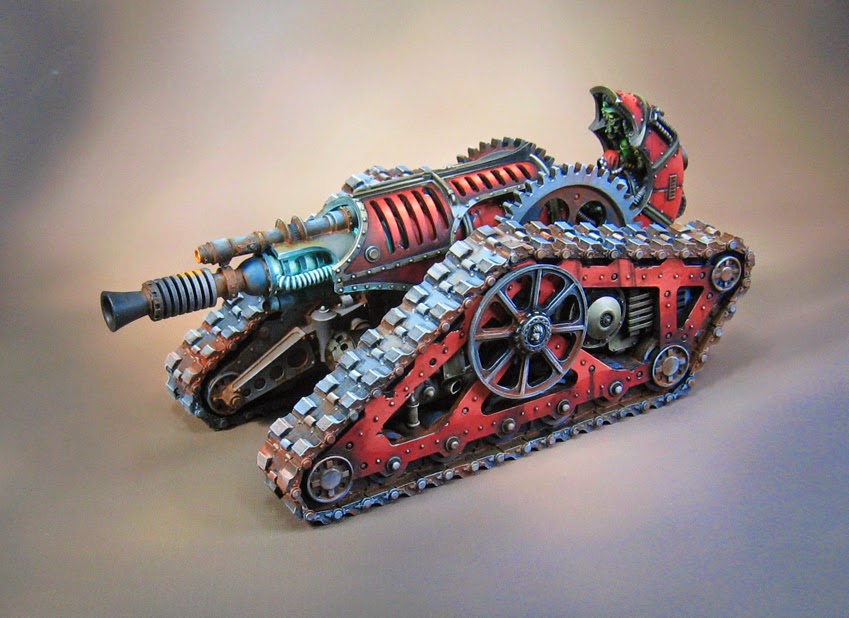 I just had to see what the tank would look like on one of the other Hangar 18 backdrops!  Tomorrow I test out some more with the Tomb Kings. 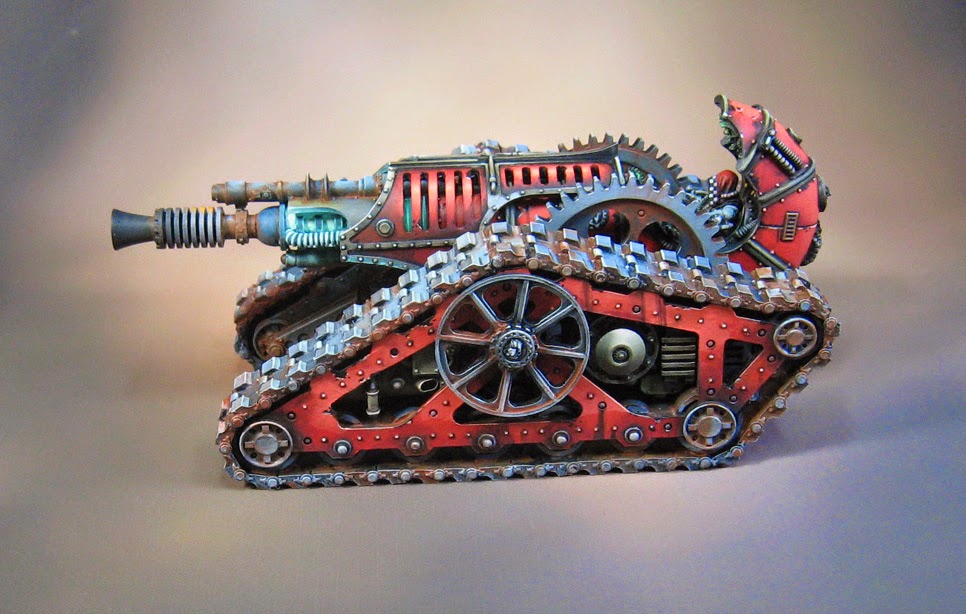 What I have noticed about the Hangar 18 backdrops is that they can diffuse the shadows created by my lights.  Granted, I use three of them to counteract the shadow effect, but I would still get a little of that on my printed backdrops. 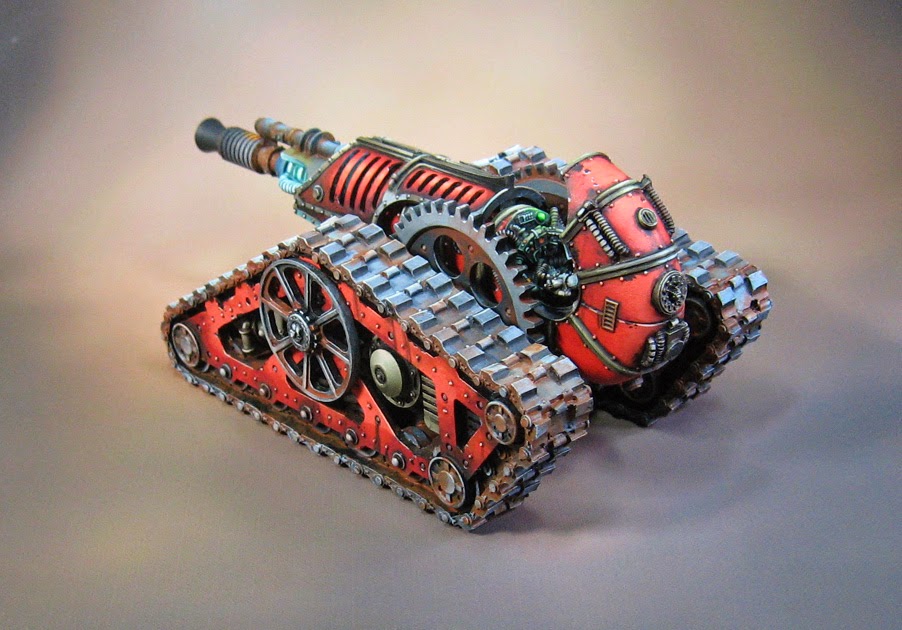 It is interesting to see what colors look very different here, as opposed to the blue/white fade! 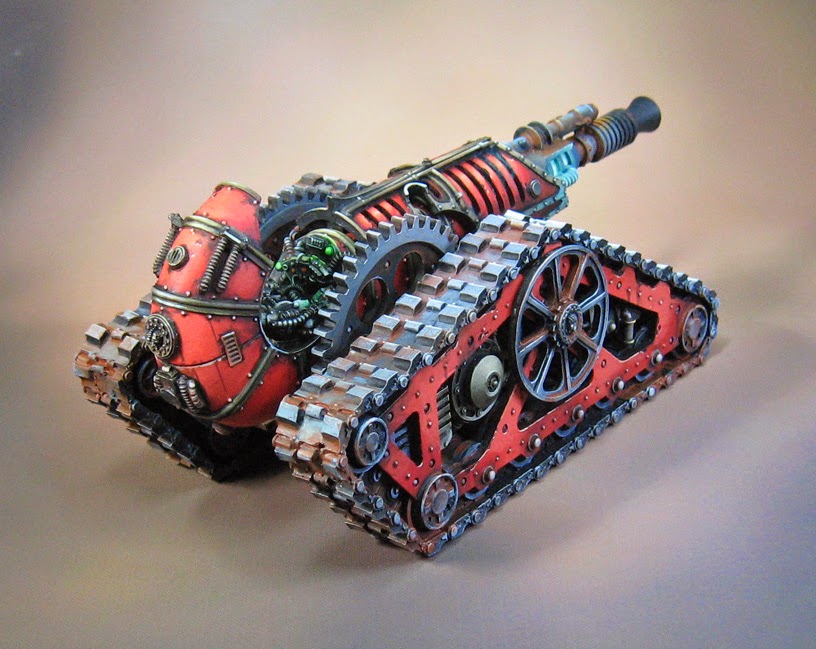 The raised gun.  It really makes it look like a WWI artillery piece. :-) 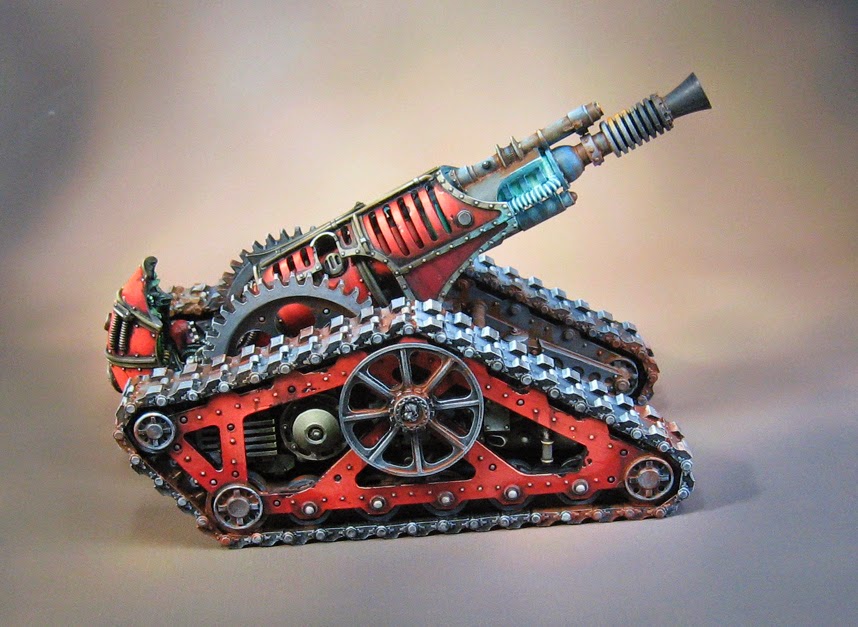 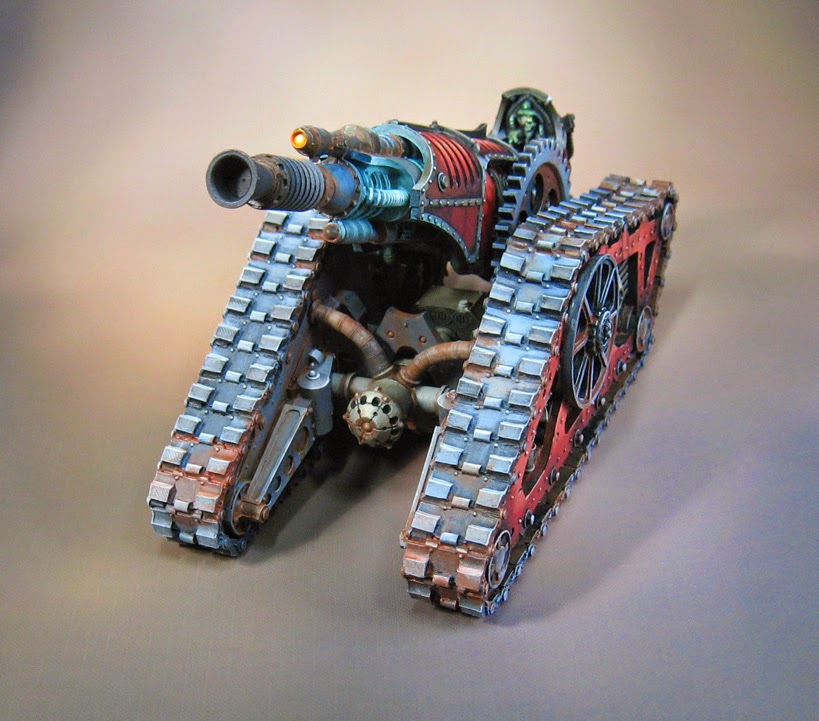 It was very tough to get any pictures of the pilot... sorry! 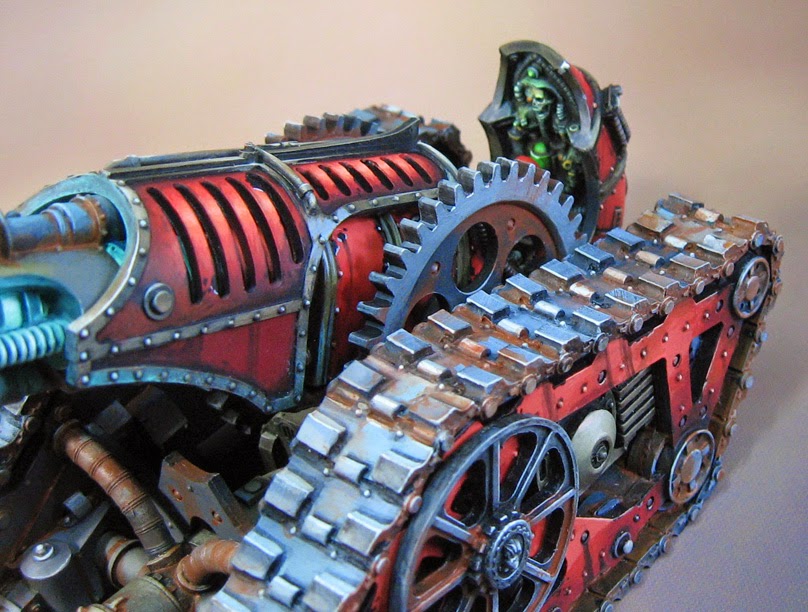 A few views from above. 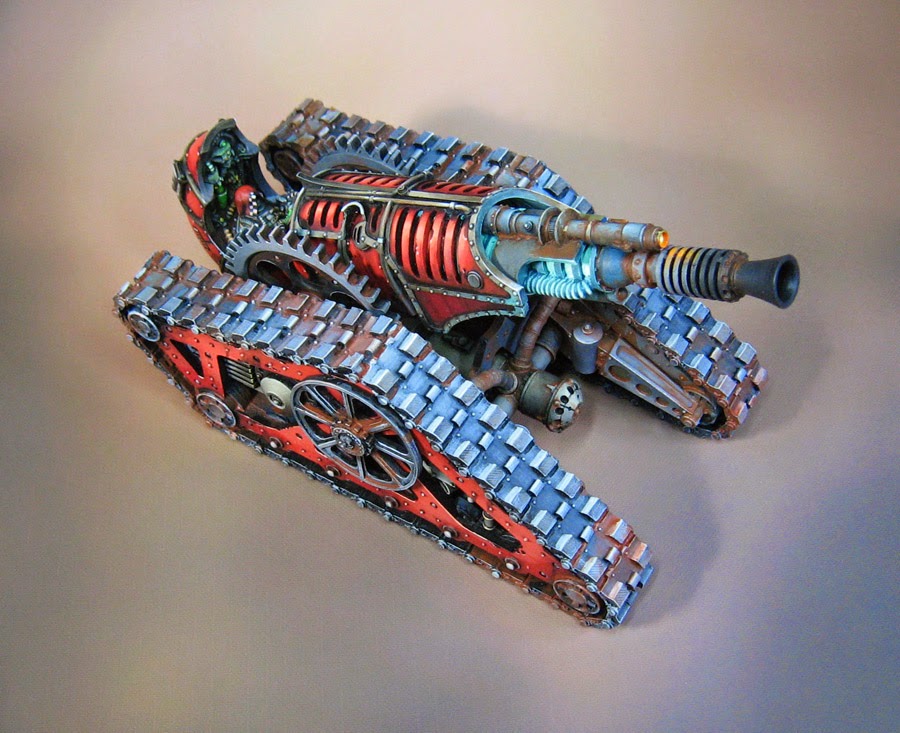 These used to be impossible to do... at least not without tons of retouching work later in Photoshop. 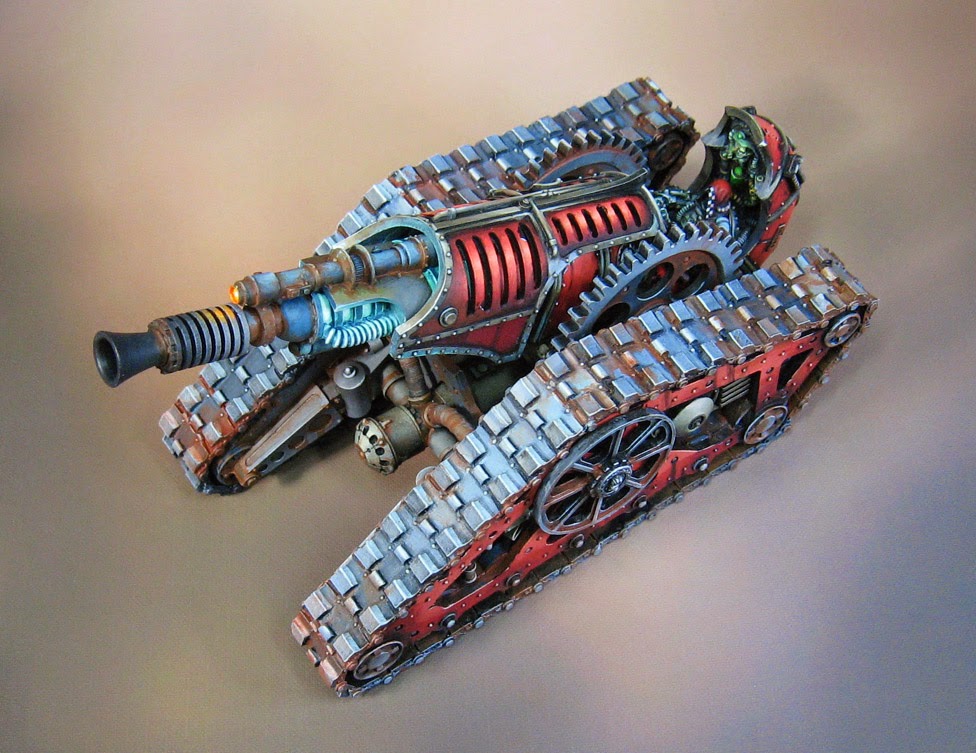 It's so nice to just snap the pictures and crop away the vast unbroken field of backdrop! 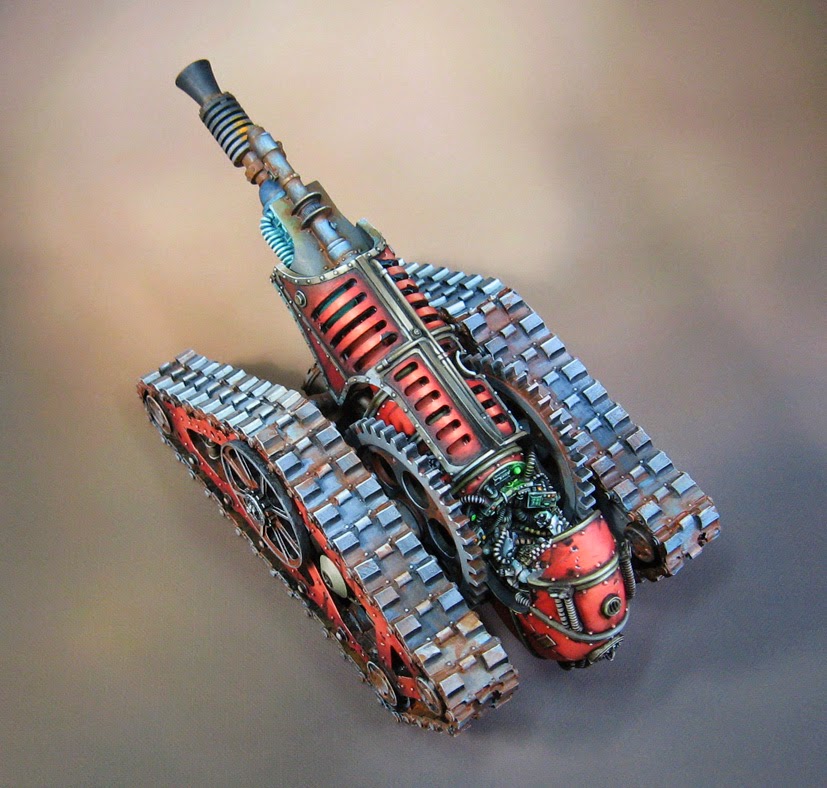