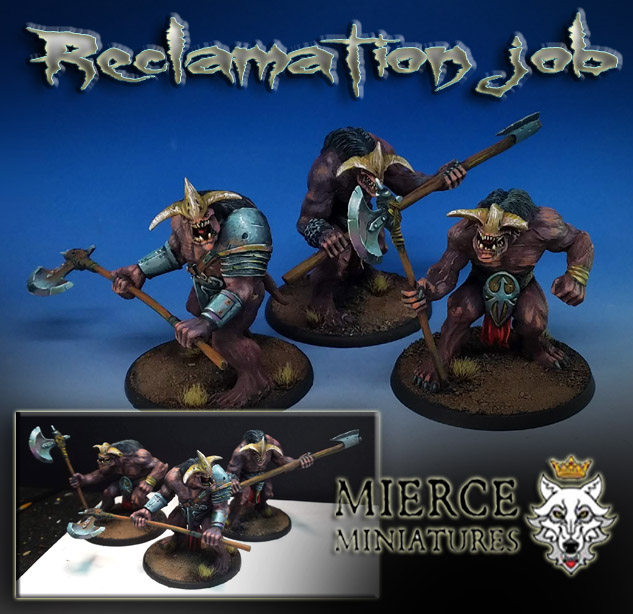 While I didn't remember to take as many step by step images as I would have liked, I do have a few pictures of the "reclamation" project involving the Mierce Miniatures creatures.

As I have mentioned before, there were a lot of issues with these.  The biggest aspect that needed to be changed was to do the metal surfaces in a Non Metallic technique.  They had been done originally with some kind of metallic paint with a dead black wash over the top.  In order to match all the other figures in the collection in question, NMM would be required. 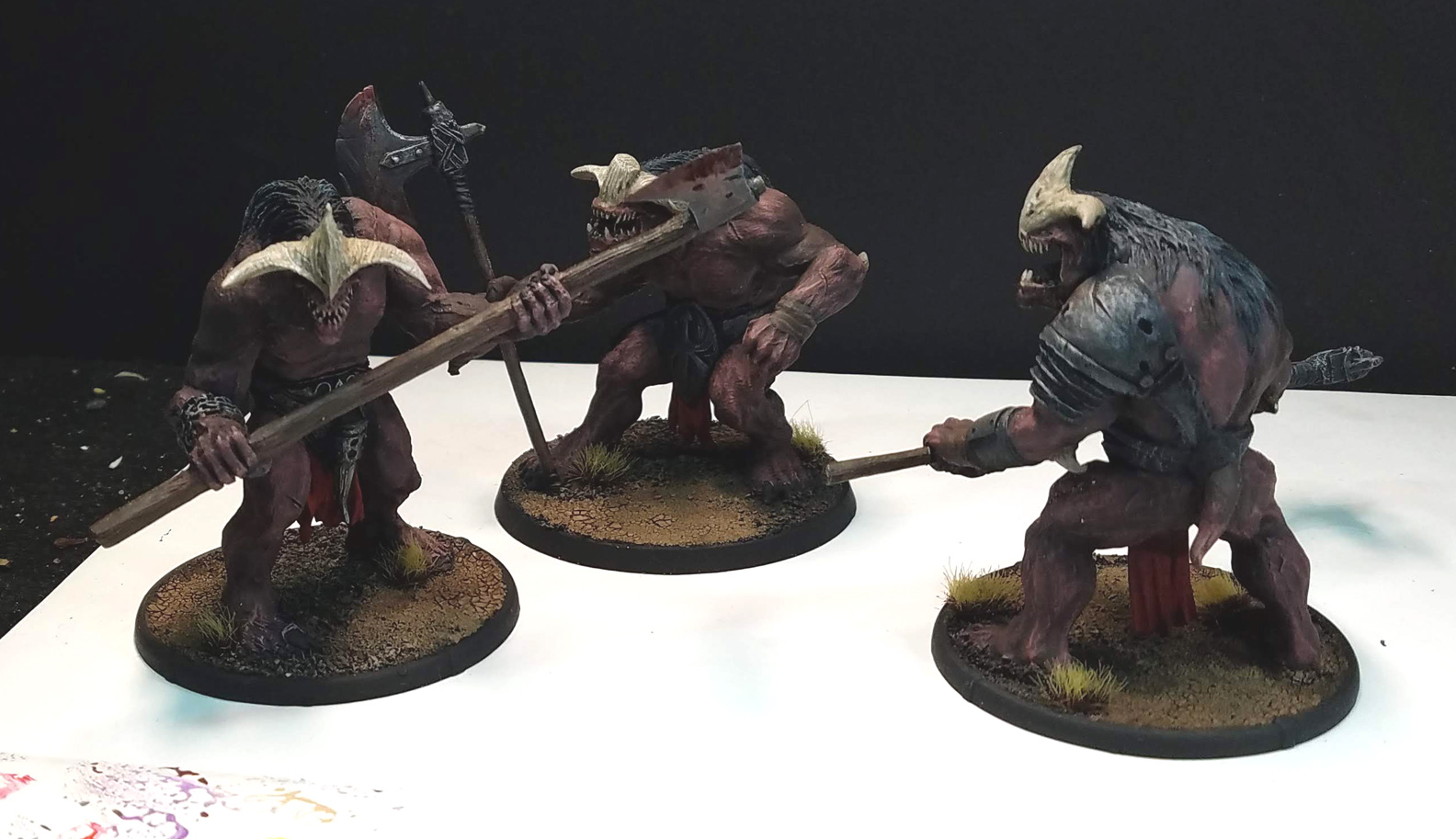 You can see the difference just a few midtones and darks can make!  Right away you can see a lot more shape and form. 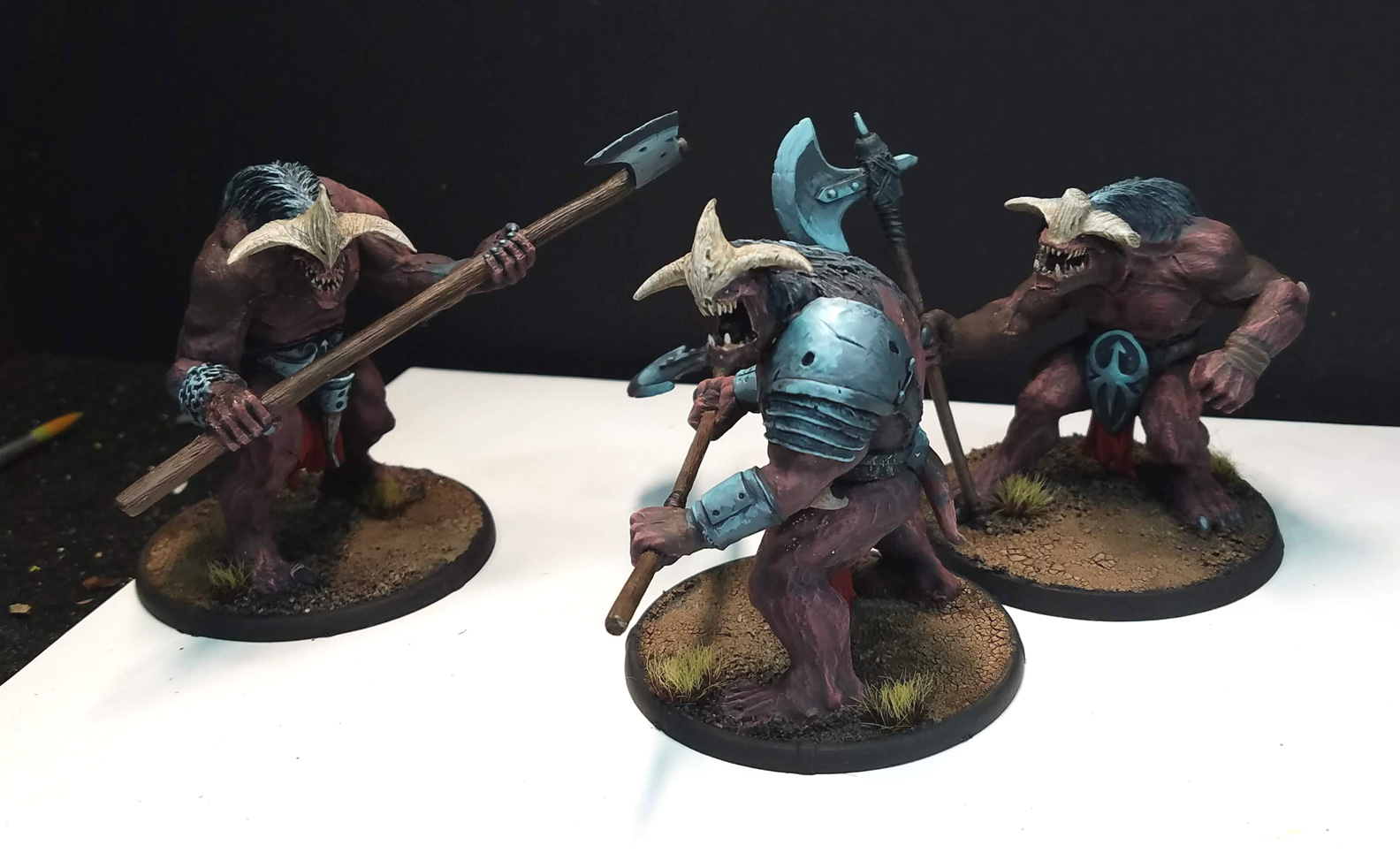 From there I was able to add on more dark tones, and some highlights.  I was also working on the fur, skin and horns at the same time. 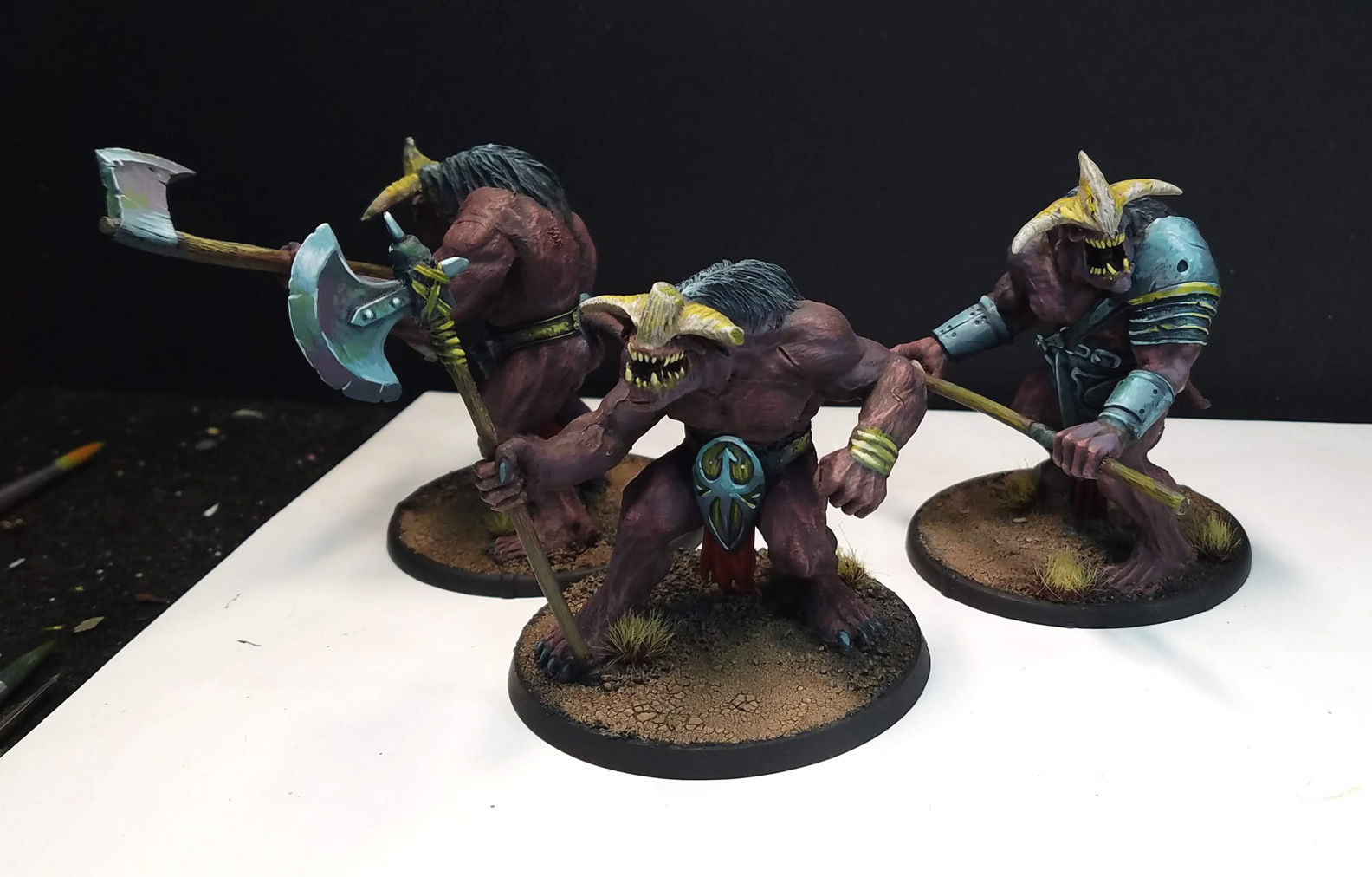 With all the value patterns in place, I was able to inject a few extra colors into the metals, such as the purples and greens that I mentioned in the last article. 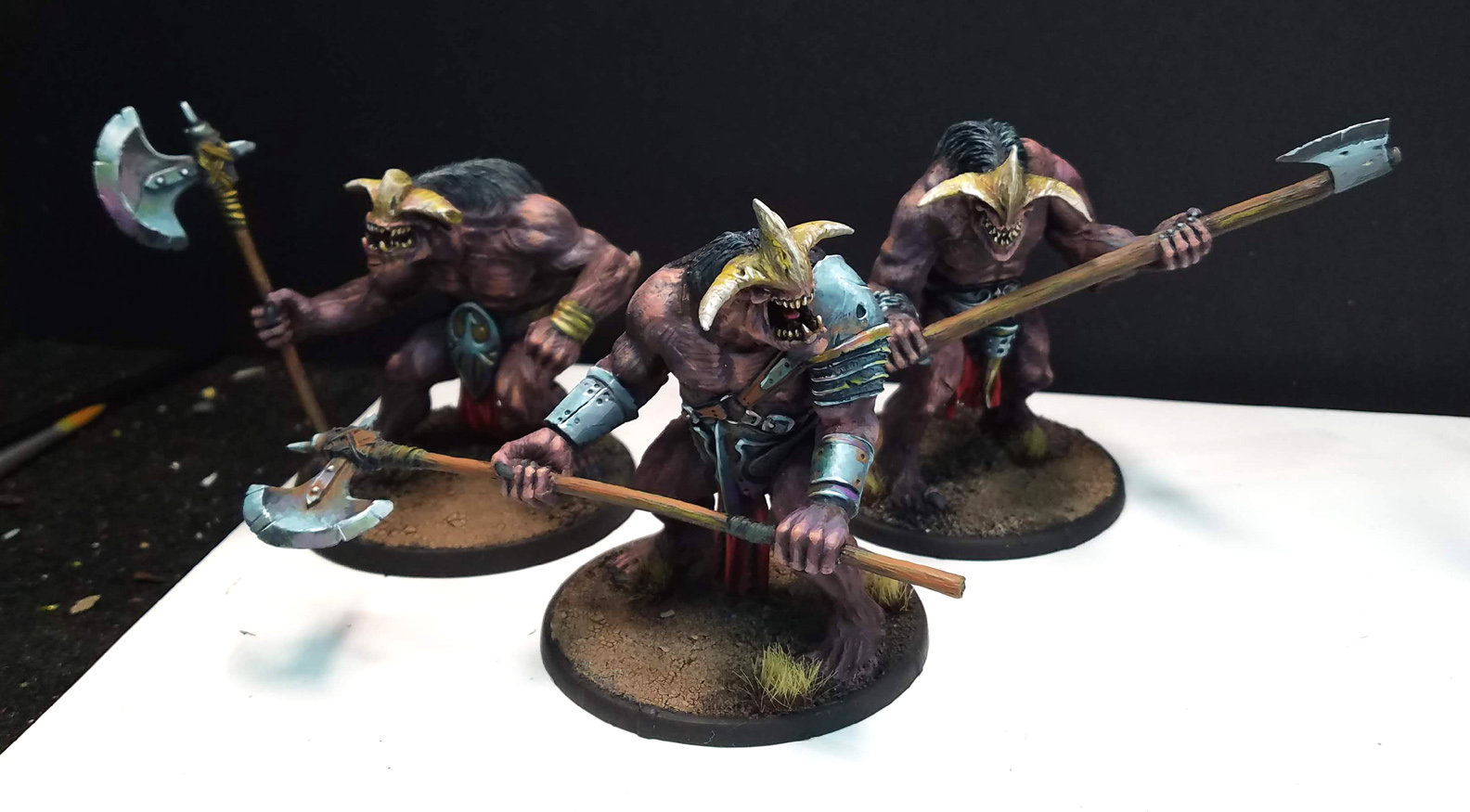 Additional depth was added to the skin tones by placing the deep blueish gray glazes into the shadow areas.  This would tie in the darker mane colors, and even the shadows of the metals. 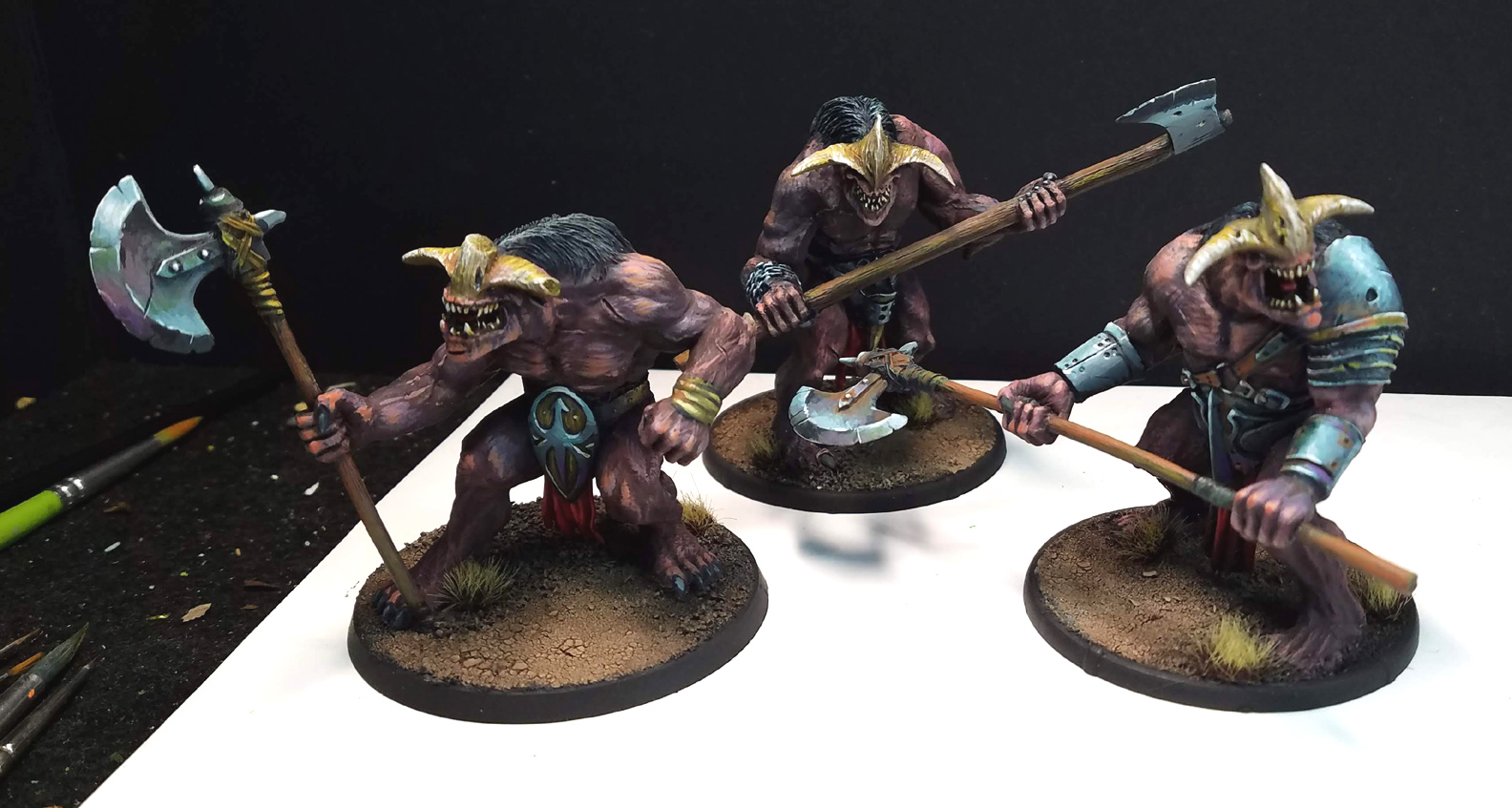 They look dramatically different now!  The basing, mould line and lack of shading issues have been taken care of, and they really stand out. 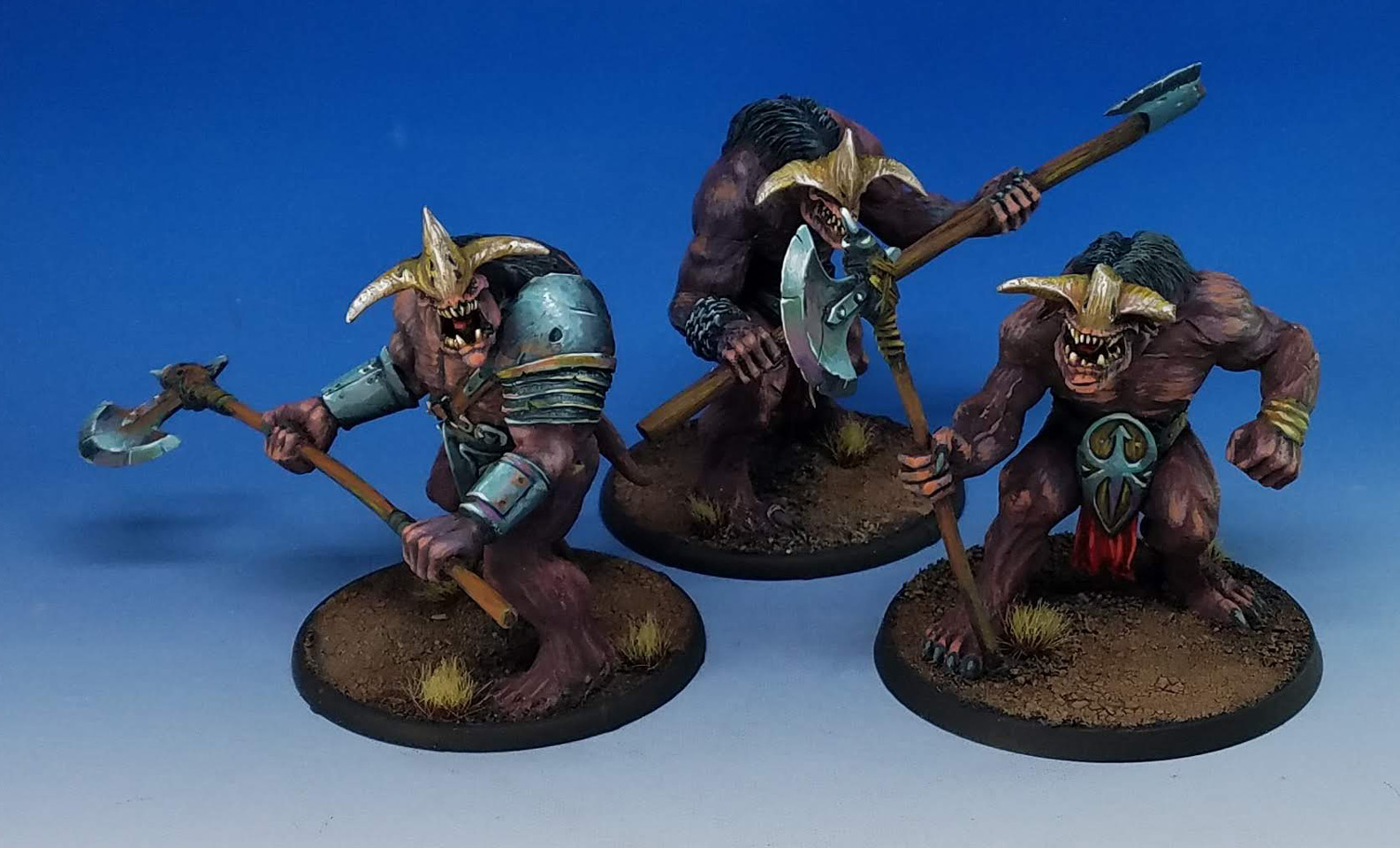 One reason I wanted to show this process was to persuade folks to stick with a paint job and correct it, as opposed to stripping it and starting over from scratch.  For each of these figures, I simply worked with what had already been done by someone else, using that as an underpainting.

By increasing the amount of contrast in both value and color, I was able to take figures that looked pretty dead and boring into something that stood out.  By stripping figures, it is mostly creating extra work, and there is not much to be gained! 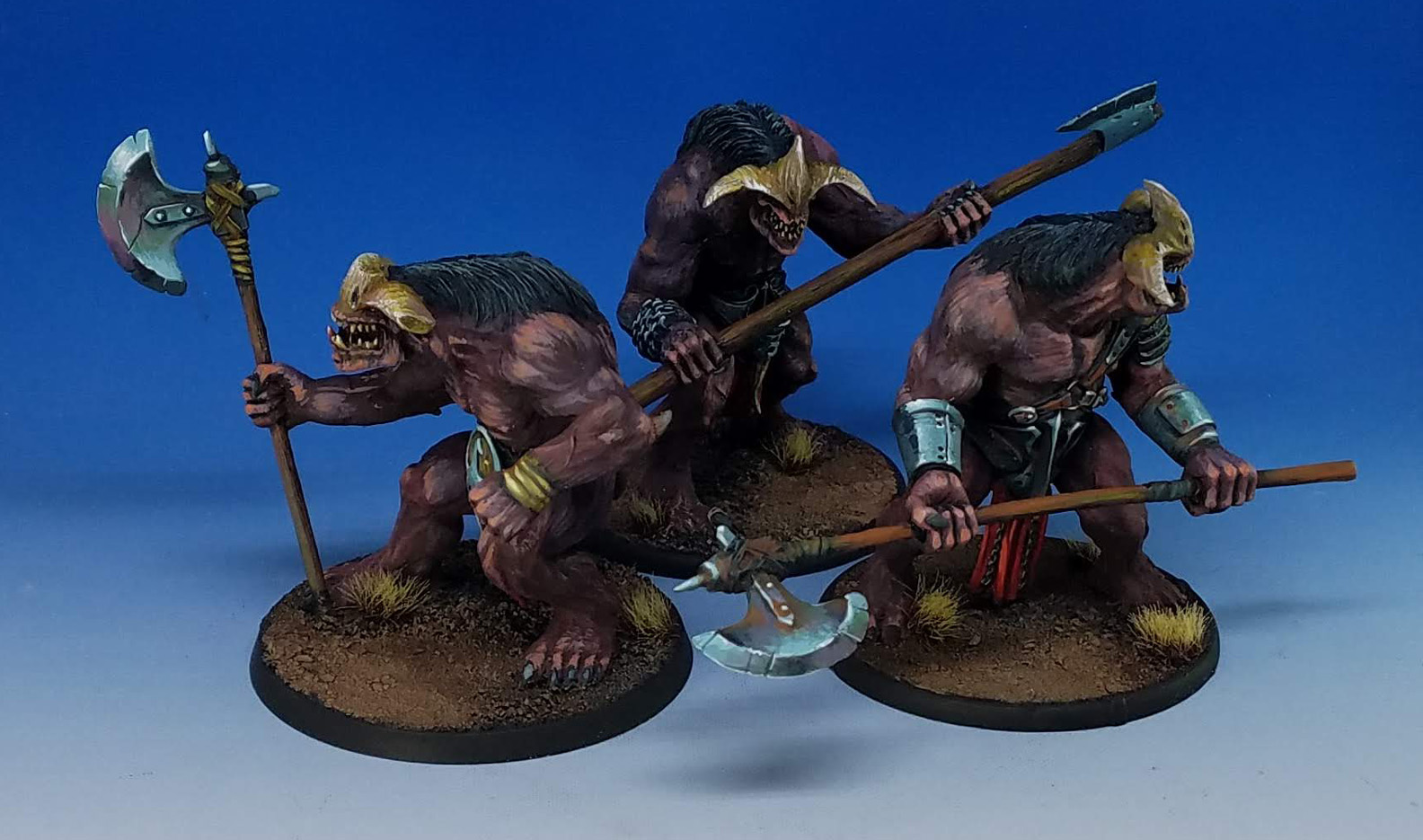