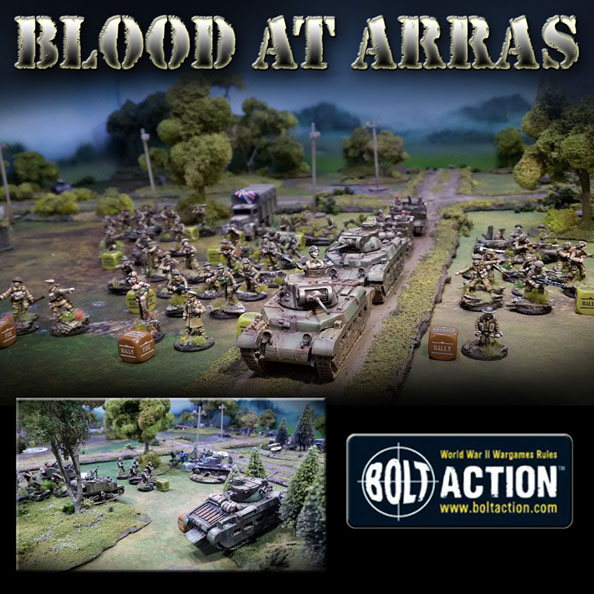 Here we go!  Battle report number three from the Early War series, this time covering the Battle of Arras.  You can see that one on my YouTube channel here: 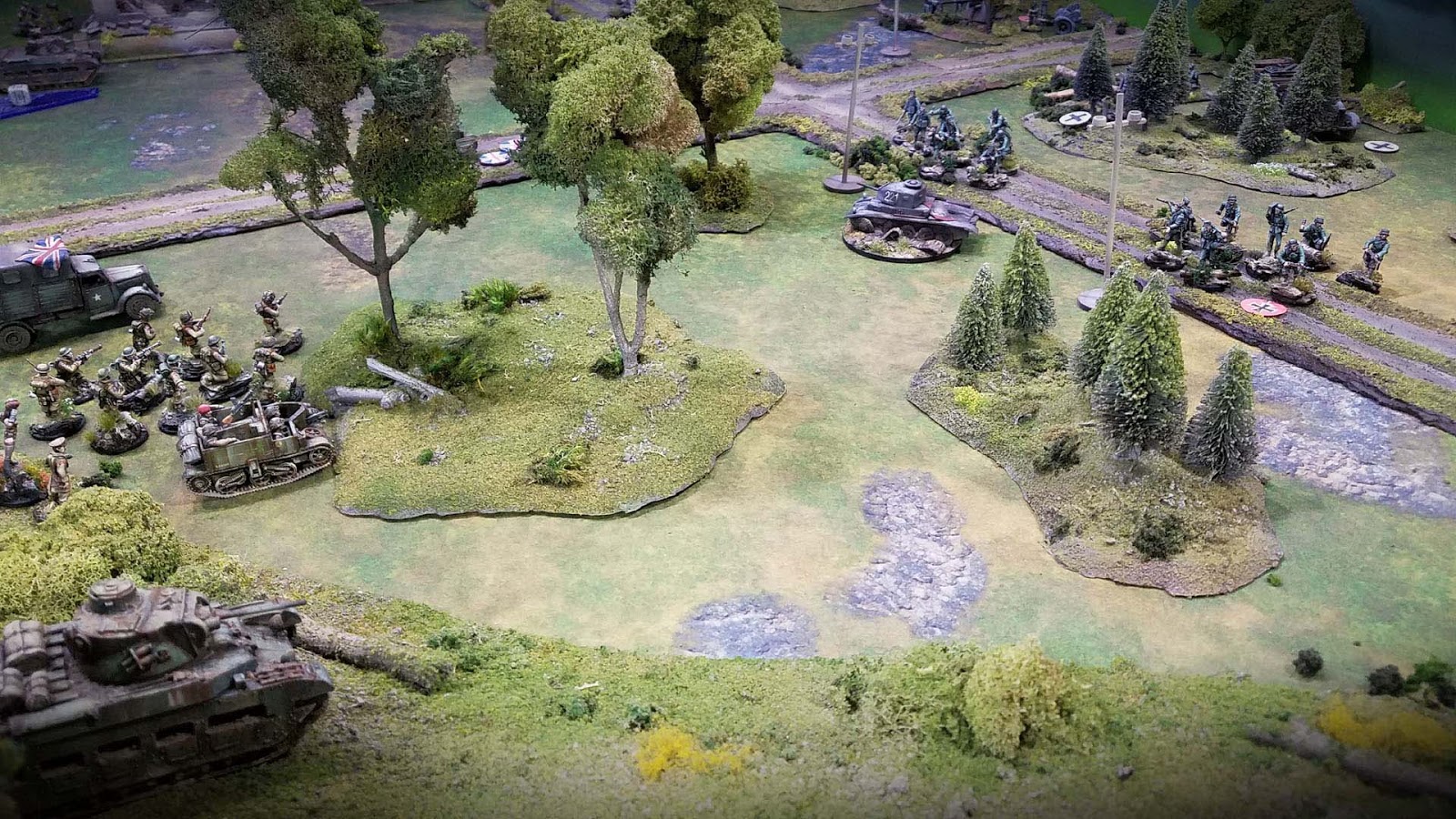 It was a bit different from my first couple of reports, with changes in the terrain, and in the armies as well.  I really enjoyed being able to incorporate my scratch built objective markers as terrain pieces! 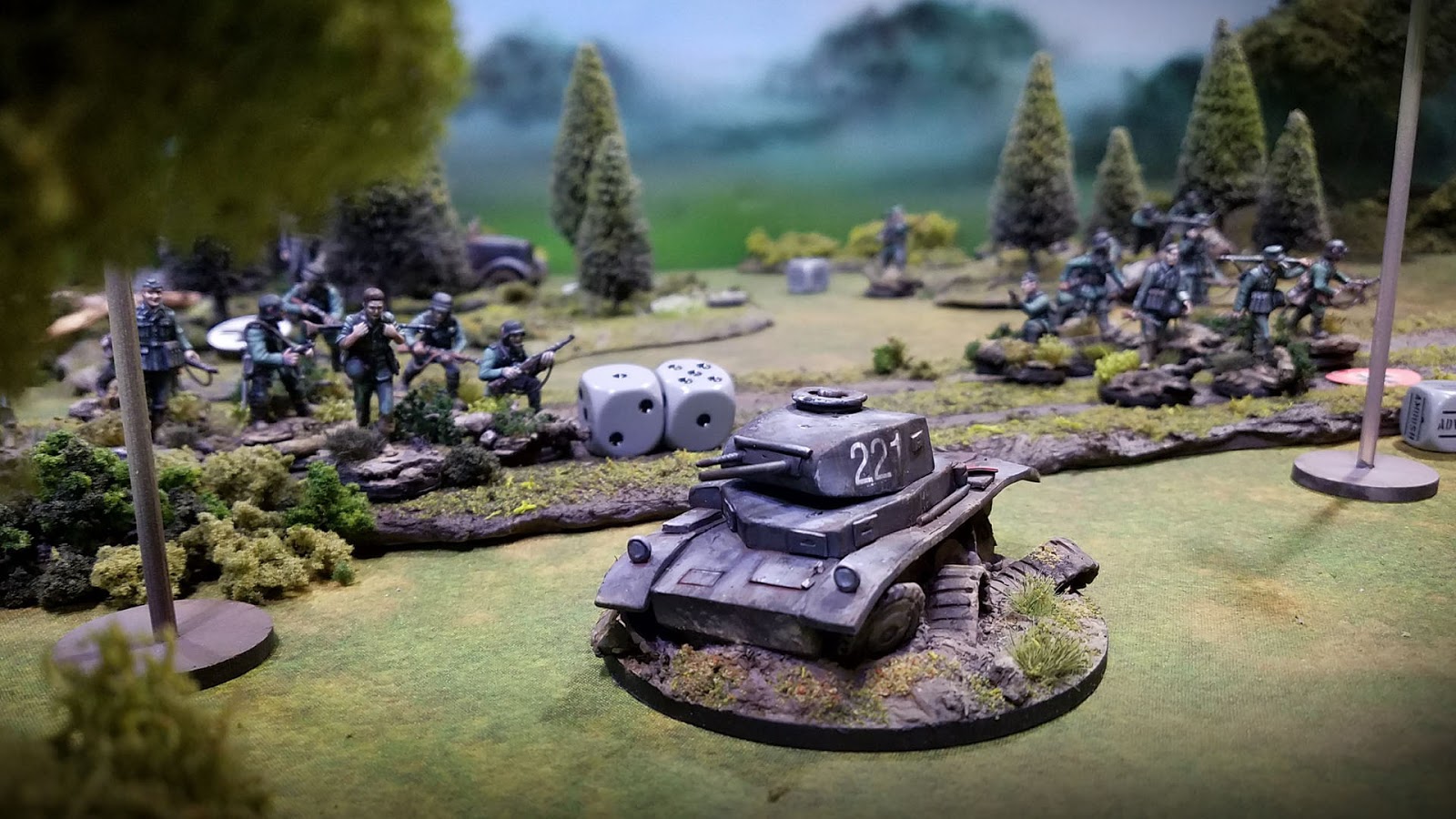 I also used those new terrain sets that I have shown in recent how to posts.  The roads worked perfectly, and I was even able to use the telephone poles from another step by step guide! 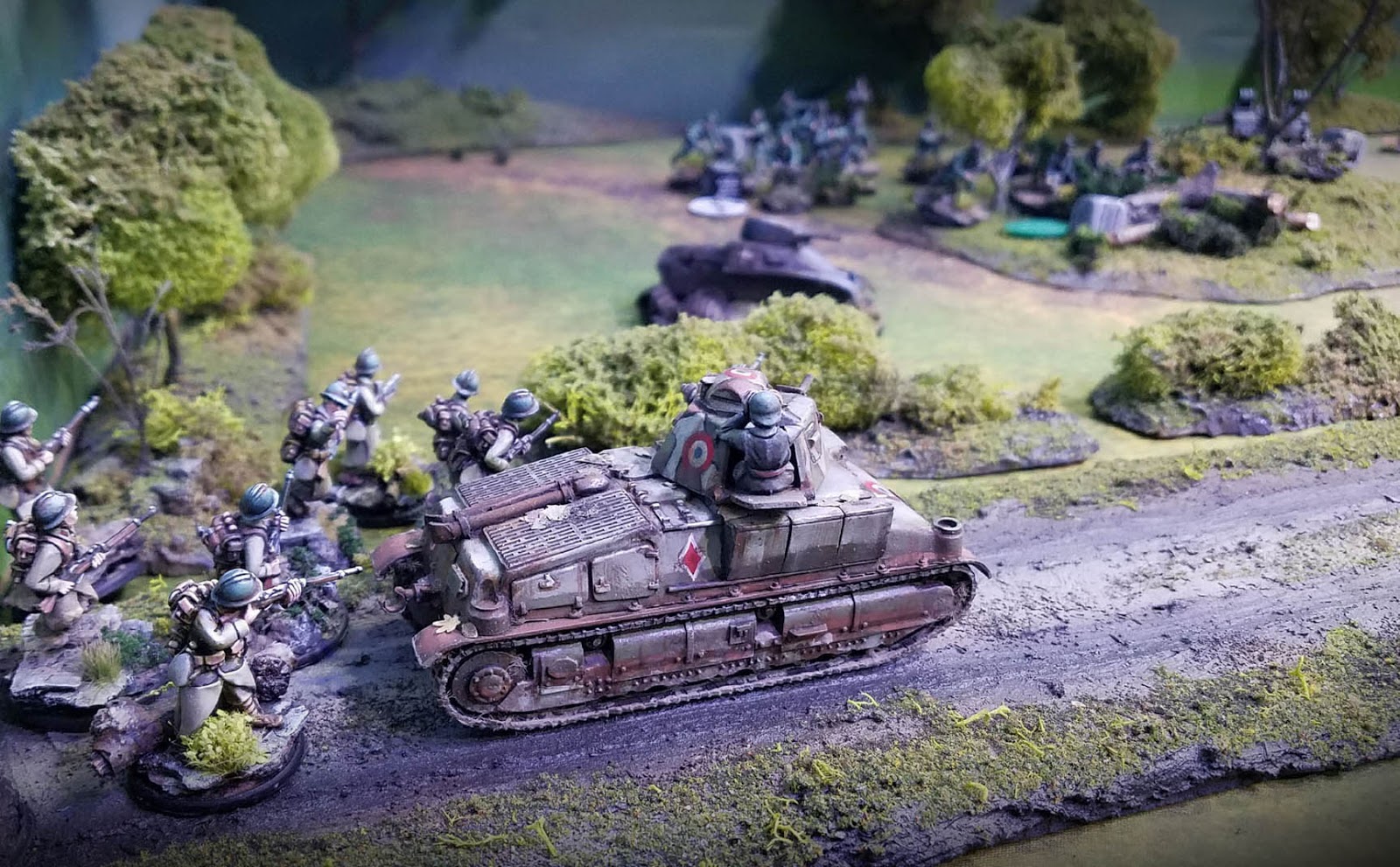 There will be an upcoming blog post with images of the completed 88mm flak gun.  As per the historical scenario, it played quite a role during the battle, especially with Rommel's nearby presence! 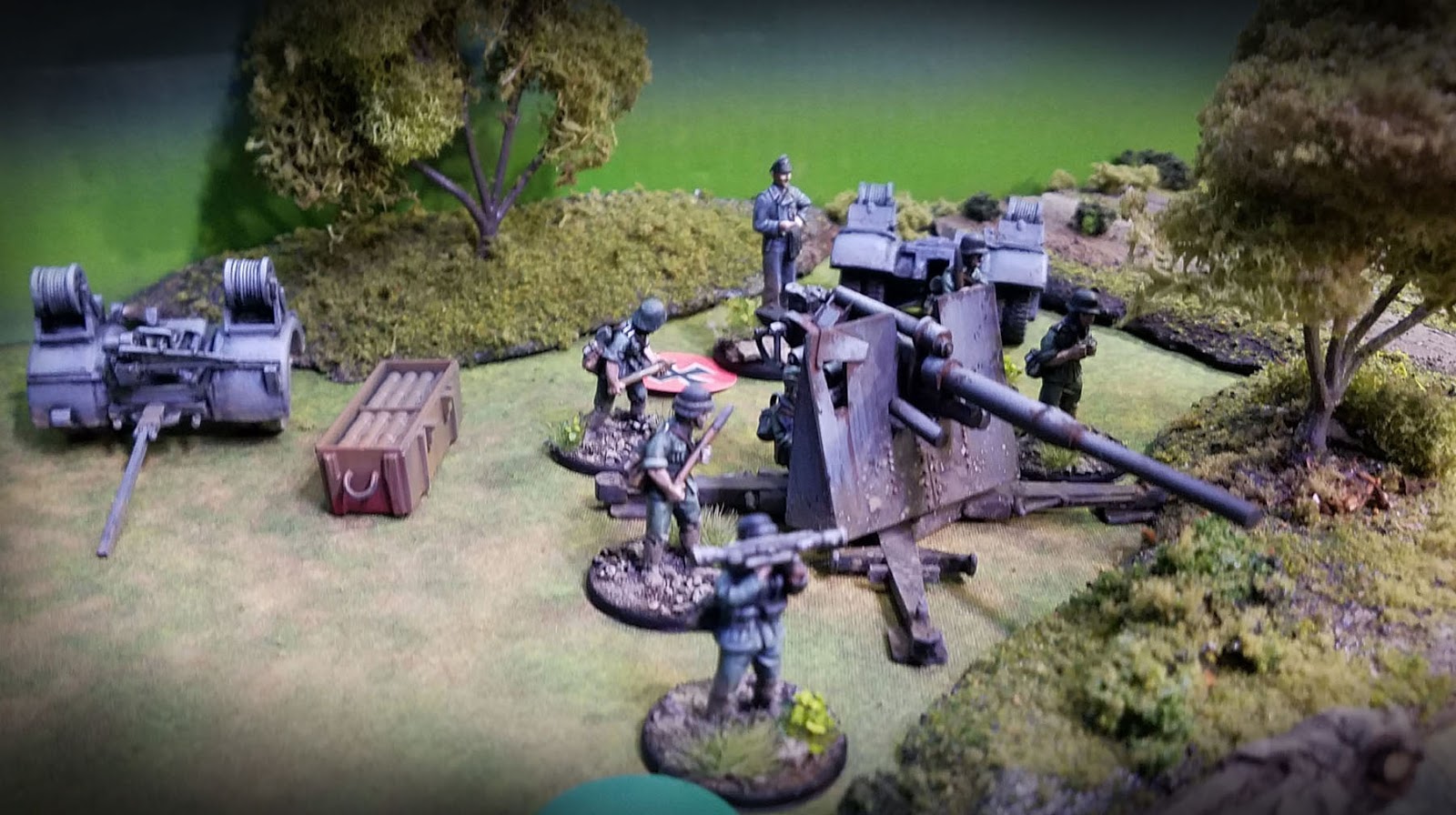 This was also the first battle report in which the British appeared.  Their rules are quite different from the French, so that was an interesting twist.  I think I will try to film one more report where they go up against the German forces alone. 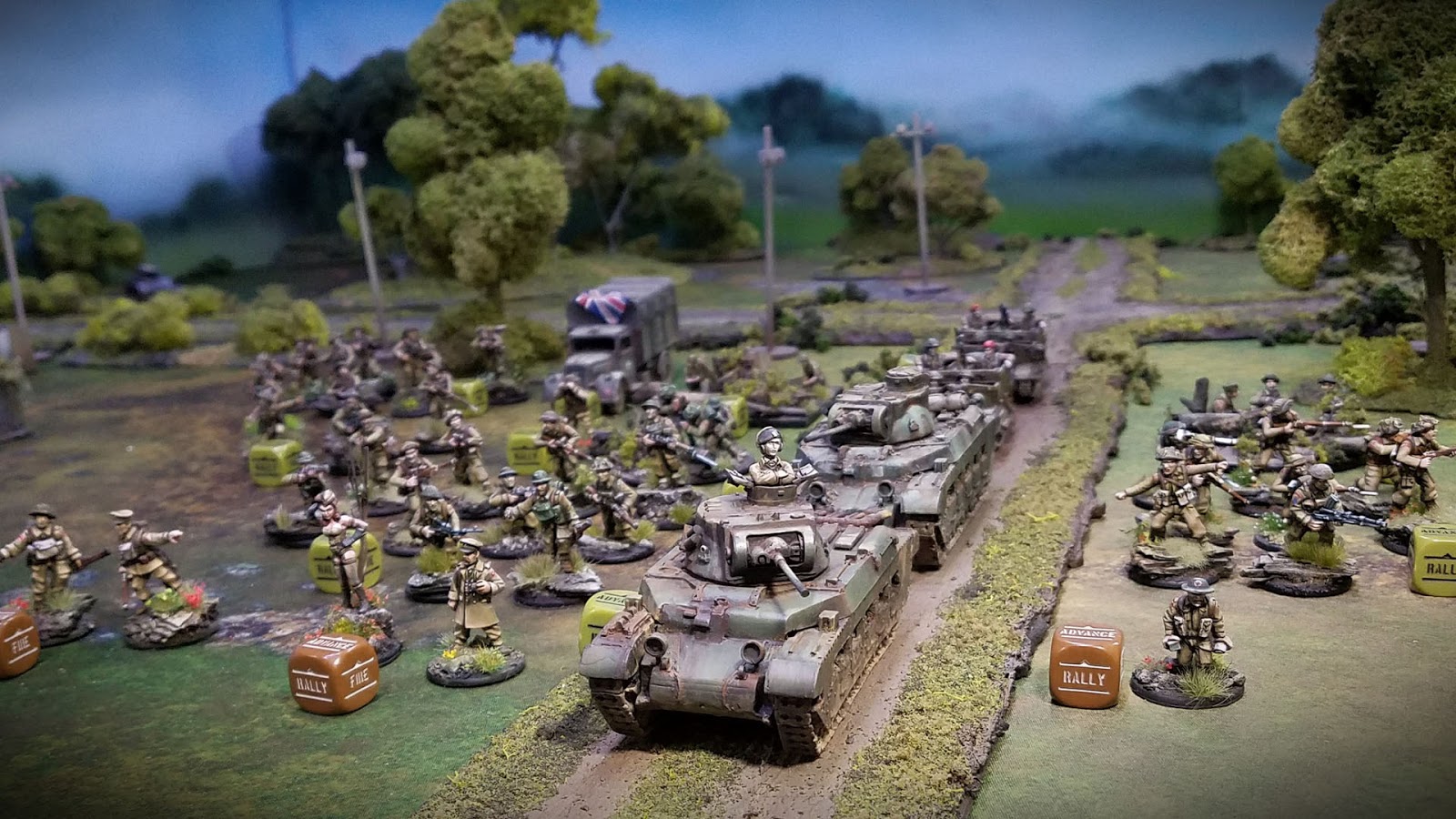 Hans Deitrich led his squad in a desperate attempt to cut the communication lines to the French forces... would another hero be created in this battle? 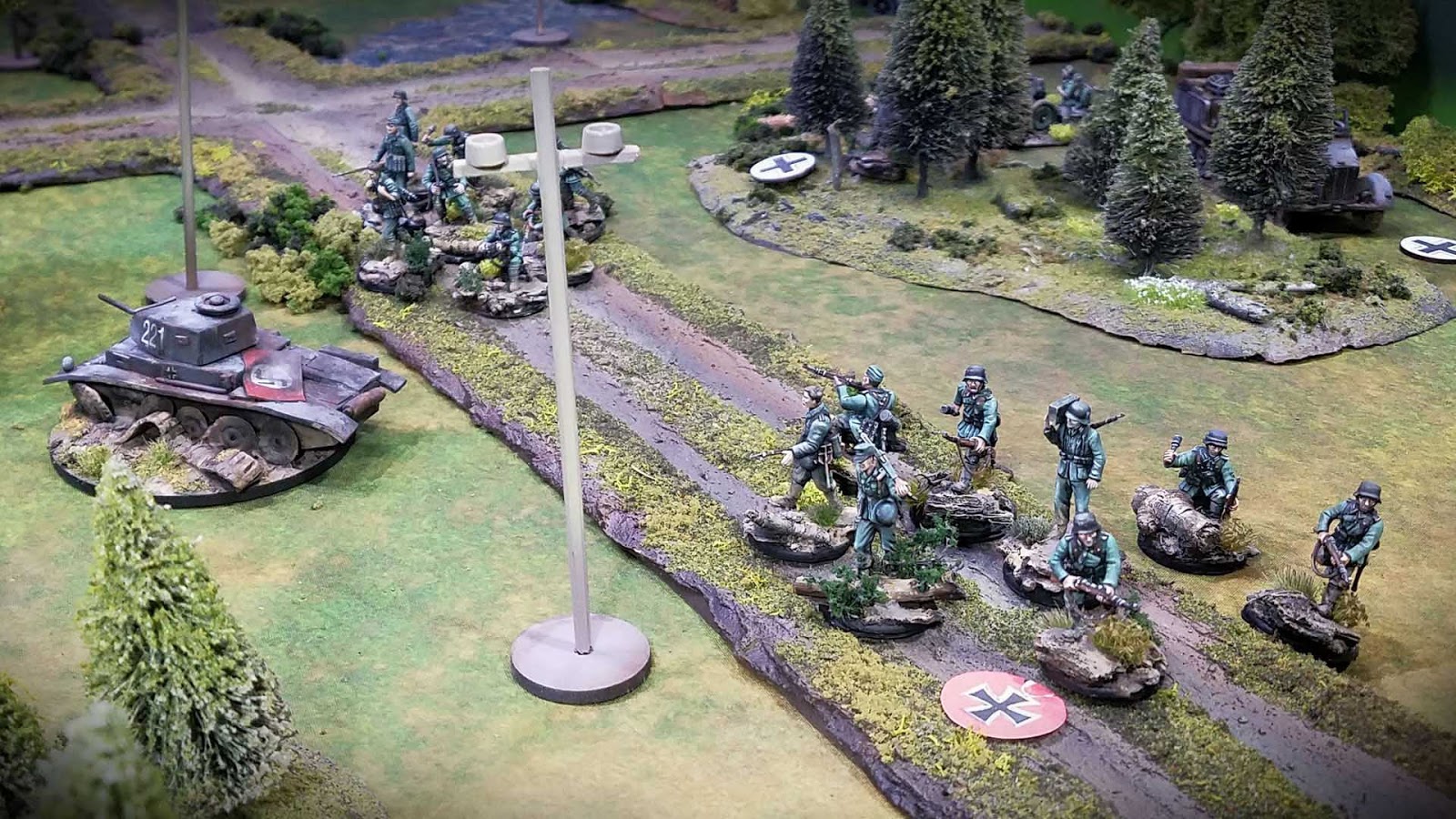 As you can see, this board was much flatter and open than the previous Ardennes terrain set ups.  This was done to represent that flatter more open territory in northern France. 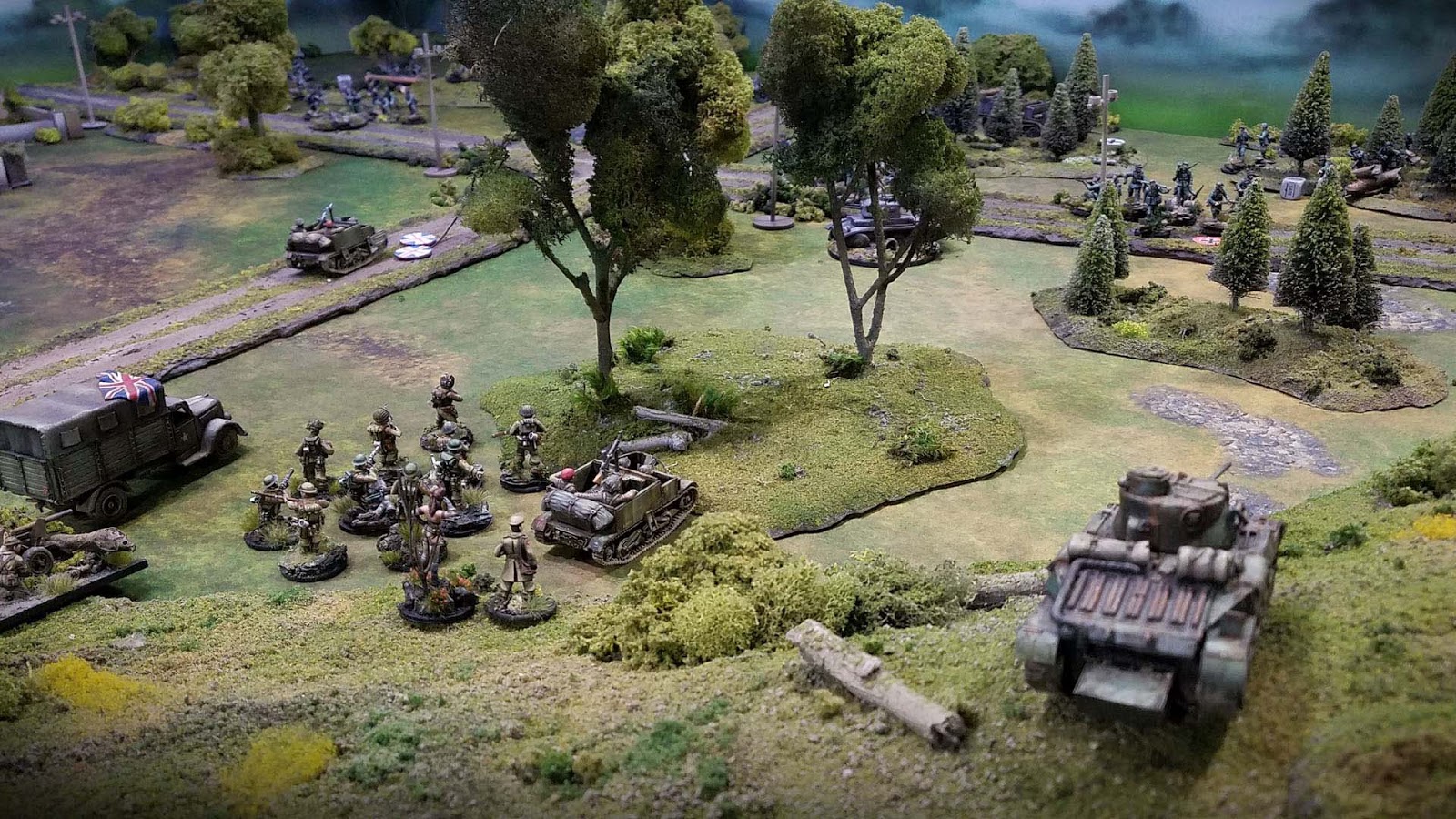 The Luftwaffe makes another appearance in this report, but very late in the game.  Would it turn the tide for good against the Allies?  Check out the latest report and find out!

Stay tuned, because more is on the way! 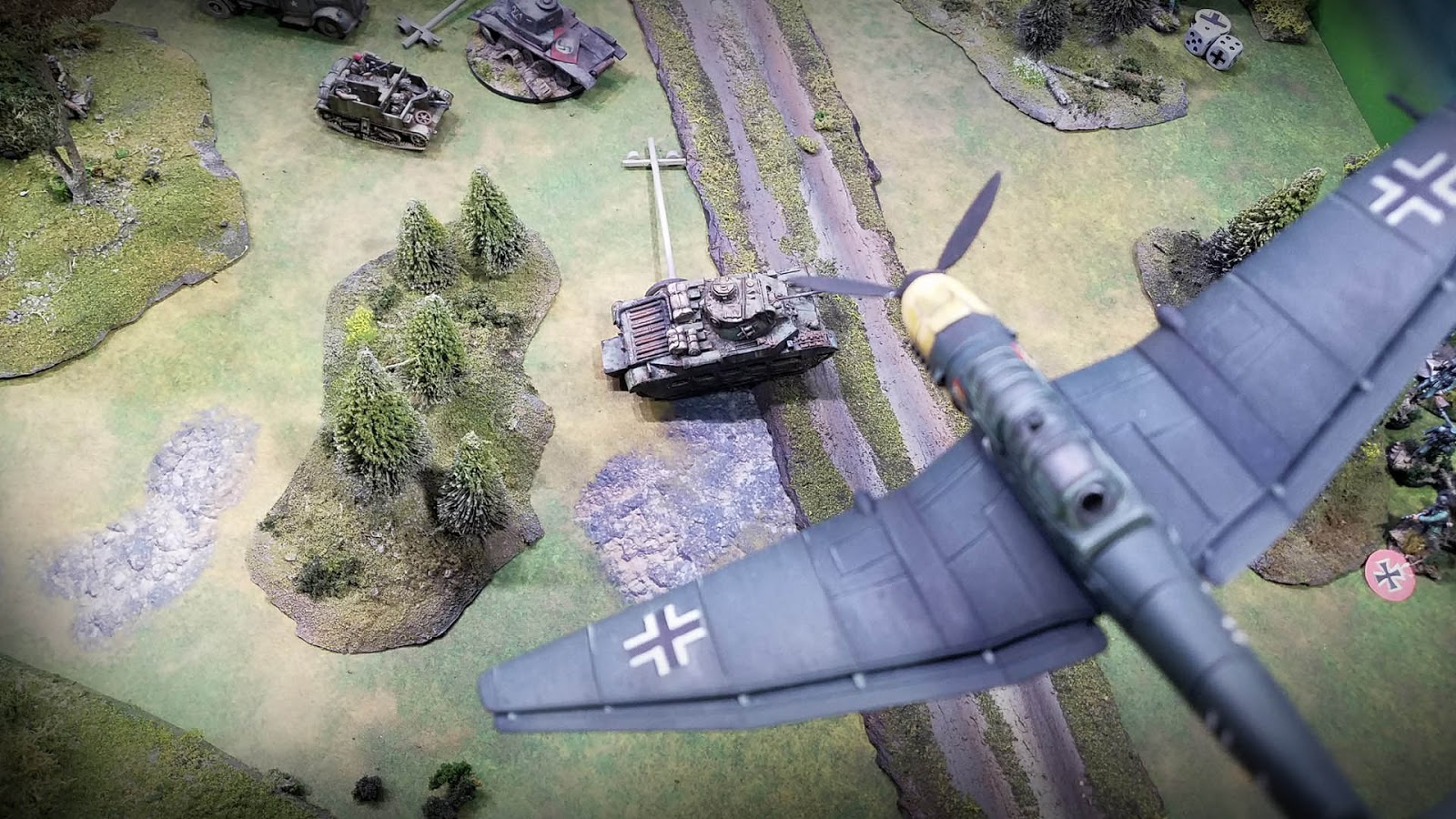