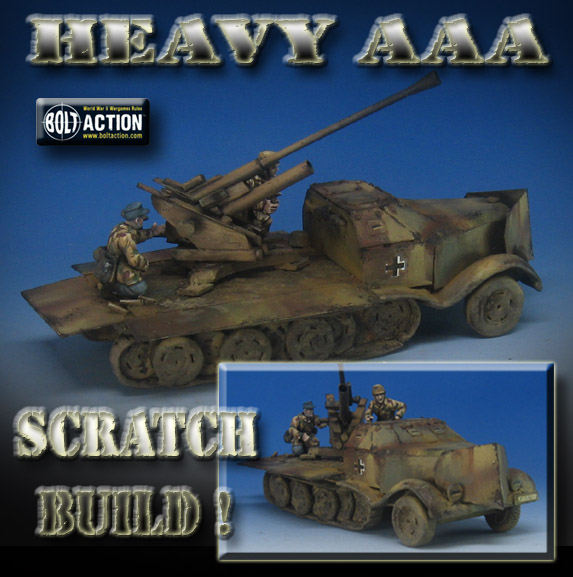 I think most of you have been seeing this Anti-Aircraft support vehicle appearing in the Round by Round posts for the Operation Sting tournament.

To try and accentuate the Anti-Aircraft theme of the Fallschirmjagers at Monte Cassino, I wanted to have something like this in the tank slot.  While there were many SPG's available (and certainly better all around choices), I went with this.

There were a few minor details, however.  Foremost among them was my lack of having one!

A few mix ups in timing meant that I would not have one in time for the tournament... which meant a final alternative... 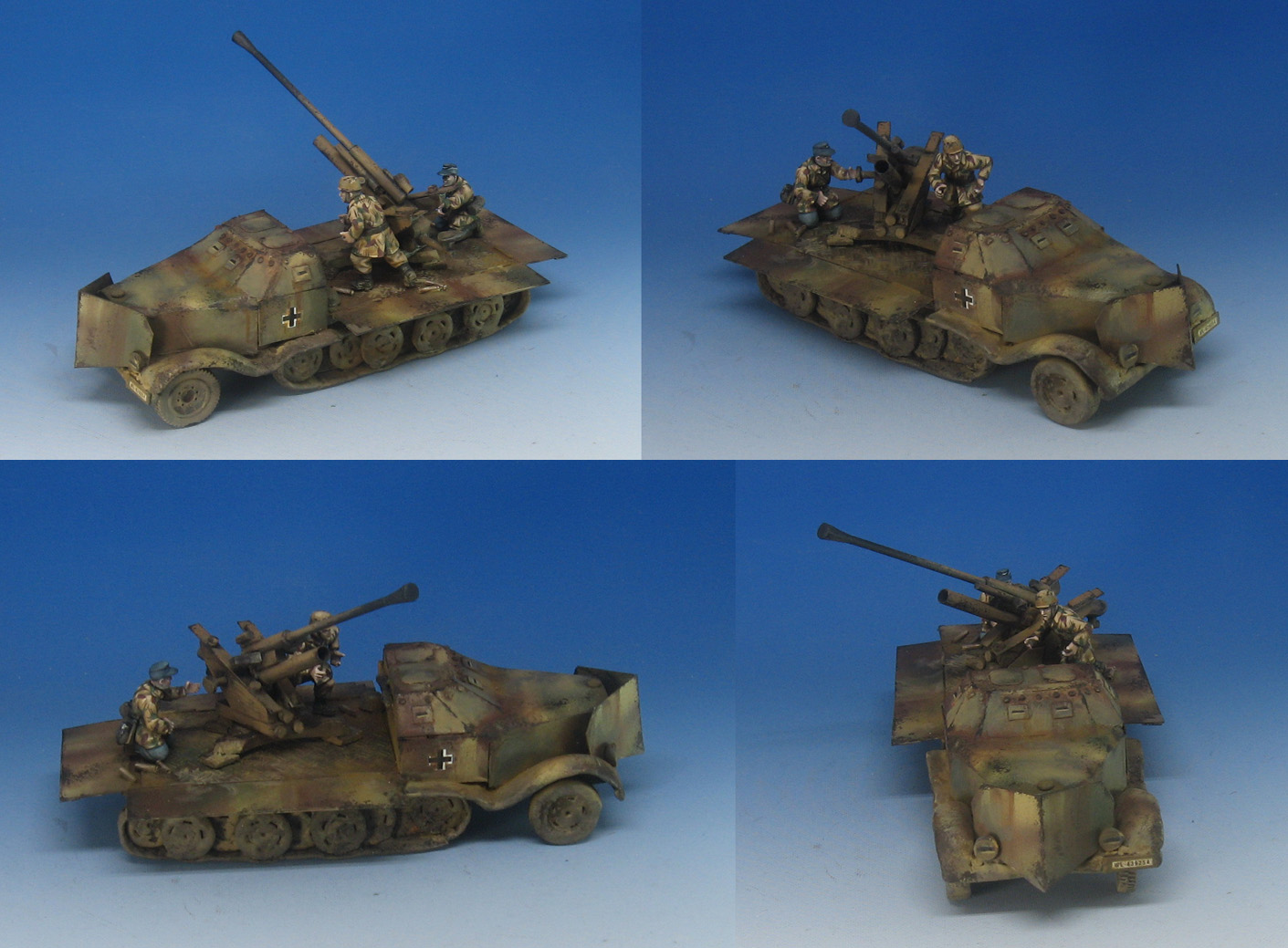 I would have to build one from scratch!  Yes, that's right.  After gathering as many reference images as possible (and I mean several dozen!), I decided to give it a go.  Sculpey, plasticard and other random bits of junk were going to be utilized as rapidly as possible. 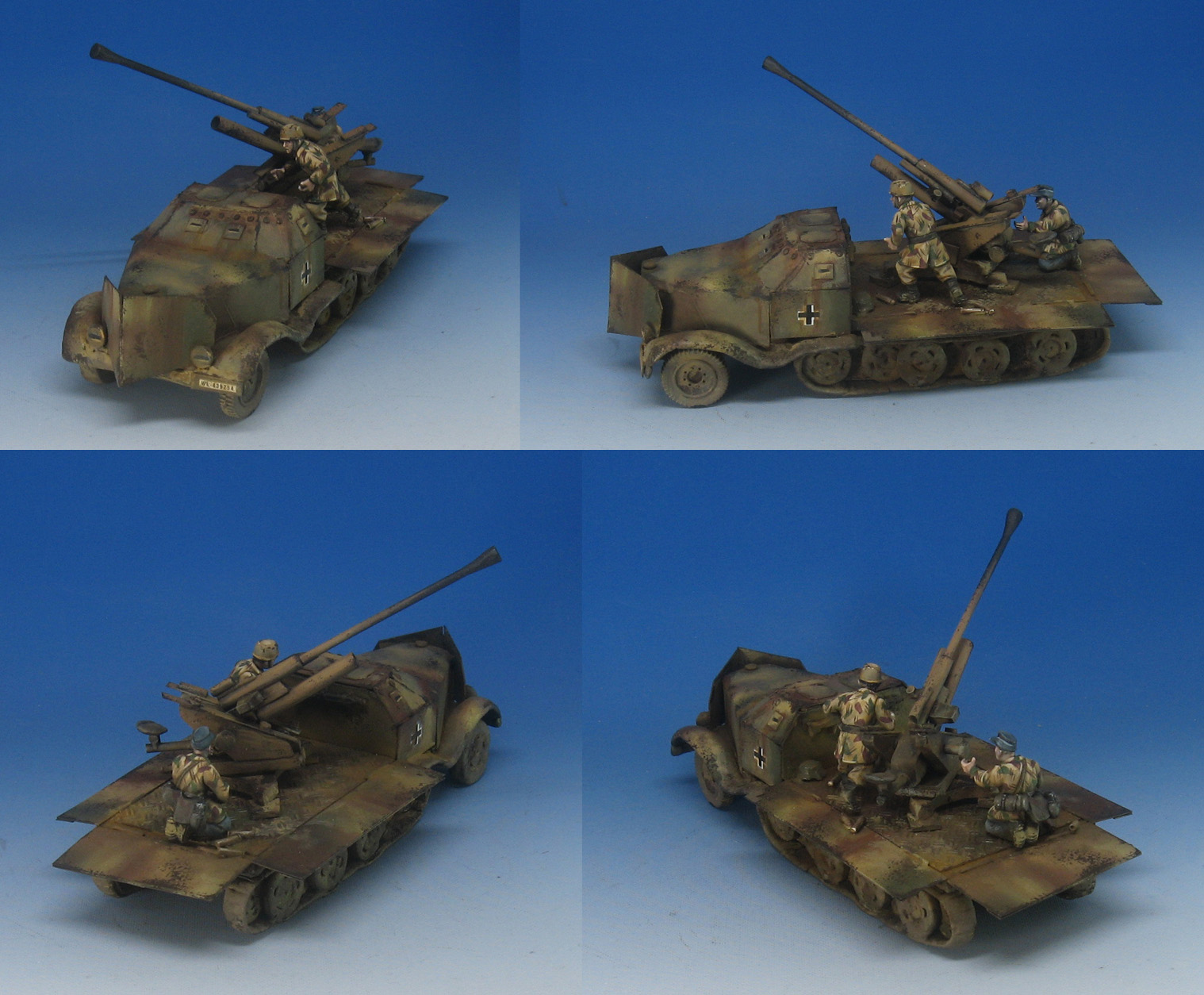 Here you go, and it certainly looks like a right mess indeed.  There's plasticard, resin sprues, Sculpey, Apoxy Sculpt, Green Stuff, plastic brush protectors, and even a left over metal chunk from a Gates of Antares kit!

This is certainly not the first time I have scratch built vehicles and monsters.  I have a video showing how I painted a few scratch built objective markers on my YouTube channel.  Here's a link for you!  https://www.youtube.com/watch?v=F2GrlbpDT0o 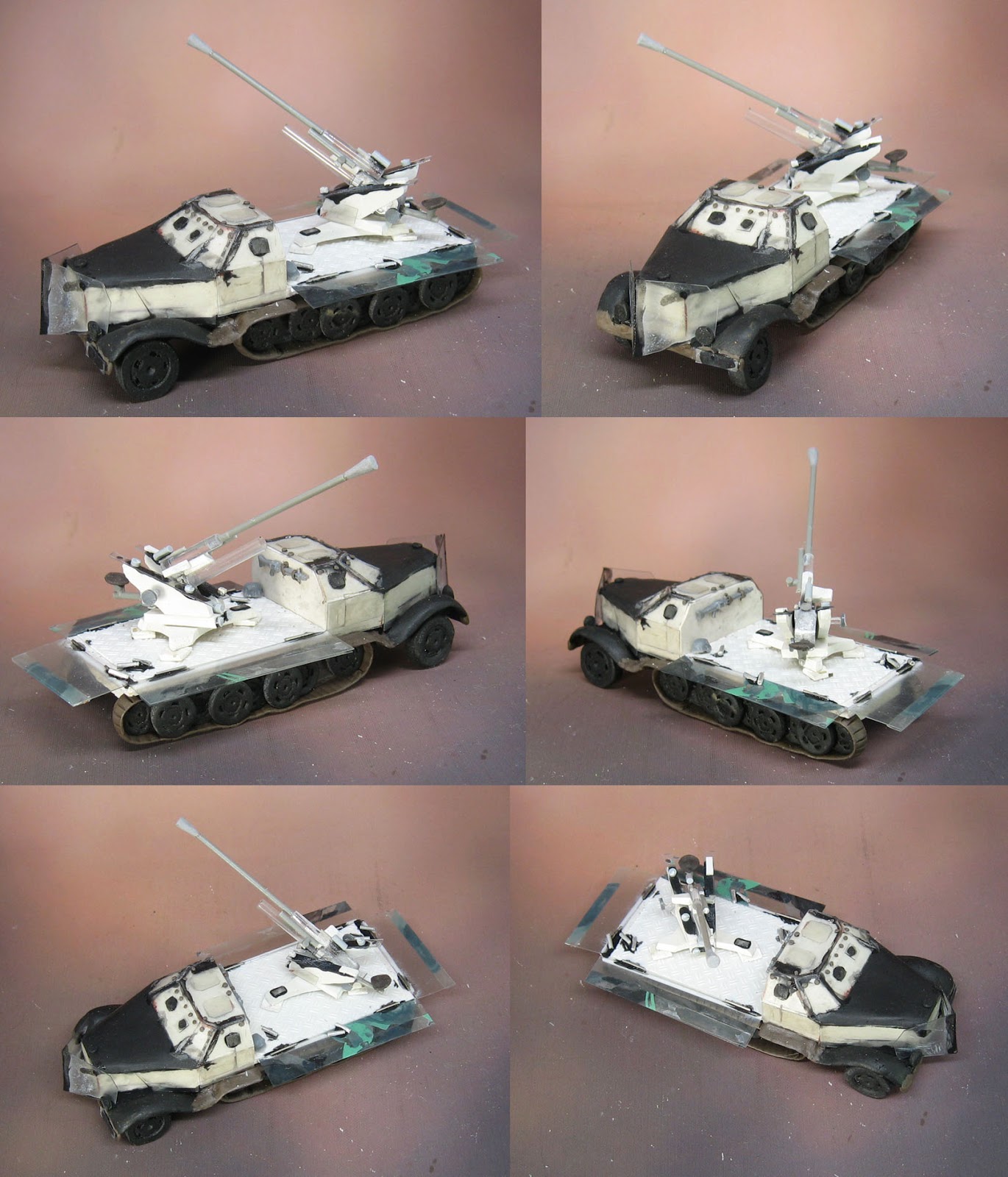 All of the crew for my artillery support teams were made using the figures from the boxed set.  I accidentally used the second crew member here for something else, which is why you see the kneeling figure behind the gun.

As you can see, the gun was removeable so that I could paint it and the crew.  It was also pinned, so that it could rotate.  I had to choose from a number of different reference images, since there was no definitive version of this. No manufacturer produces this exact vehicle anyway, which meant I was going to have to go this route. 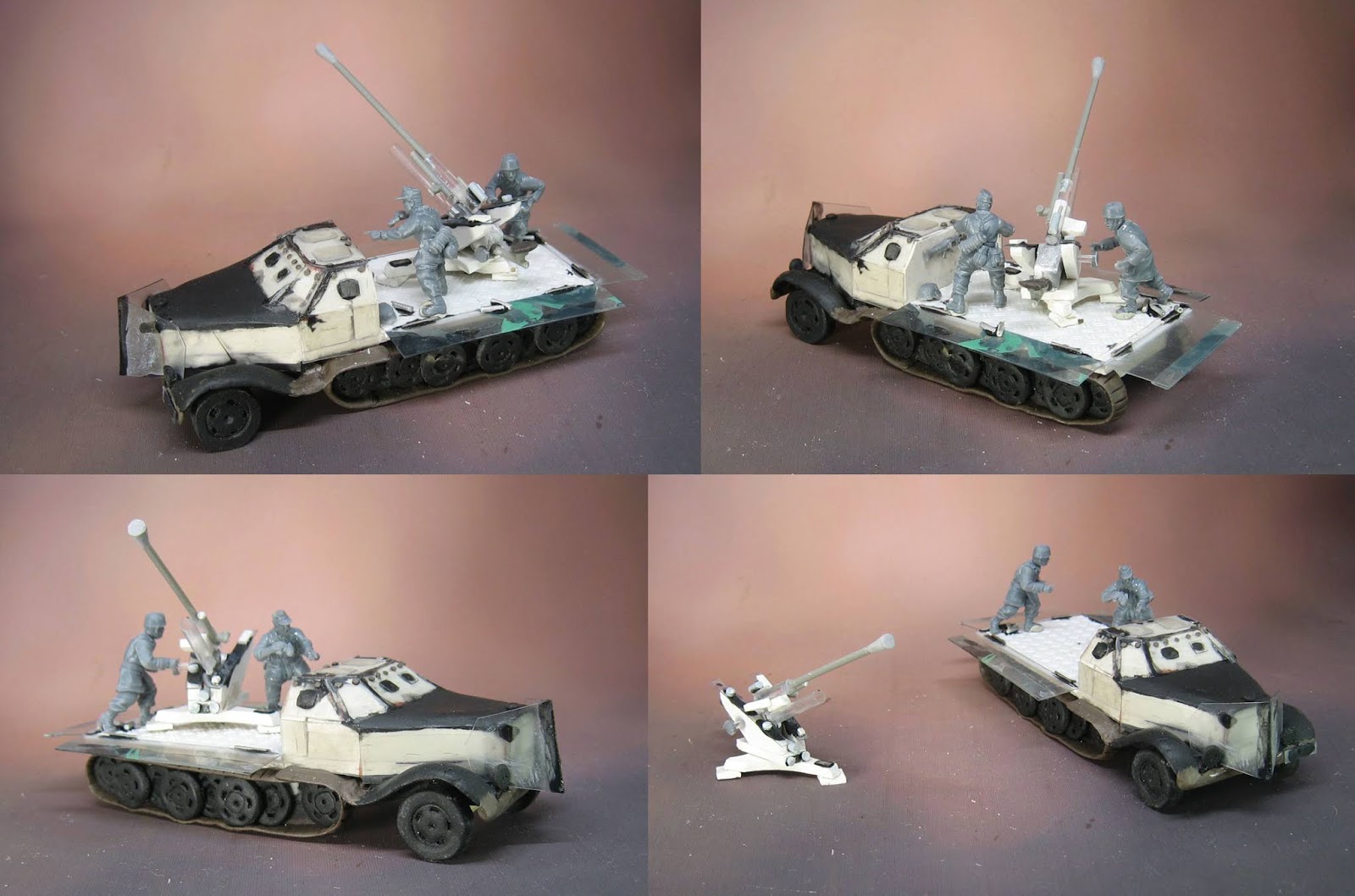 I will be doing more late war vehicle painting videos now that I have a late war army.  Up until now, I have been focused on France 1940, which you can see in my battle report videos:  https://www.youtube.com/watch?v=2LgWEoymVQw 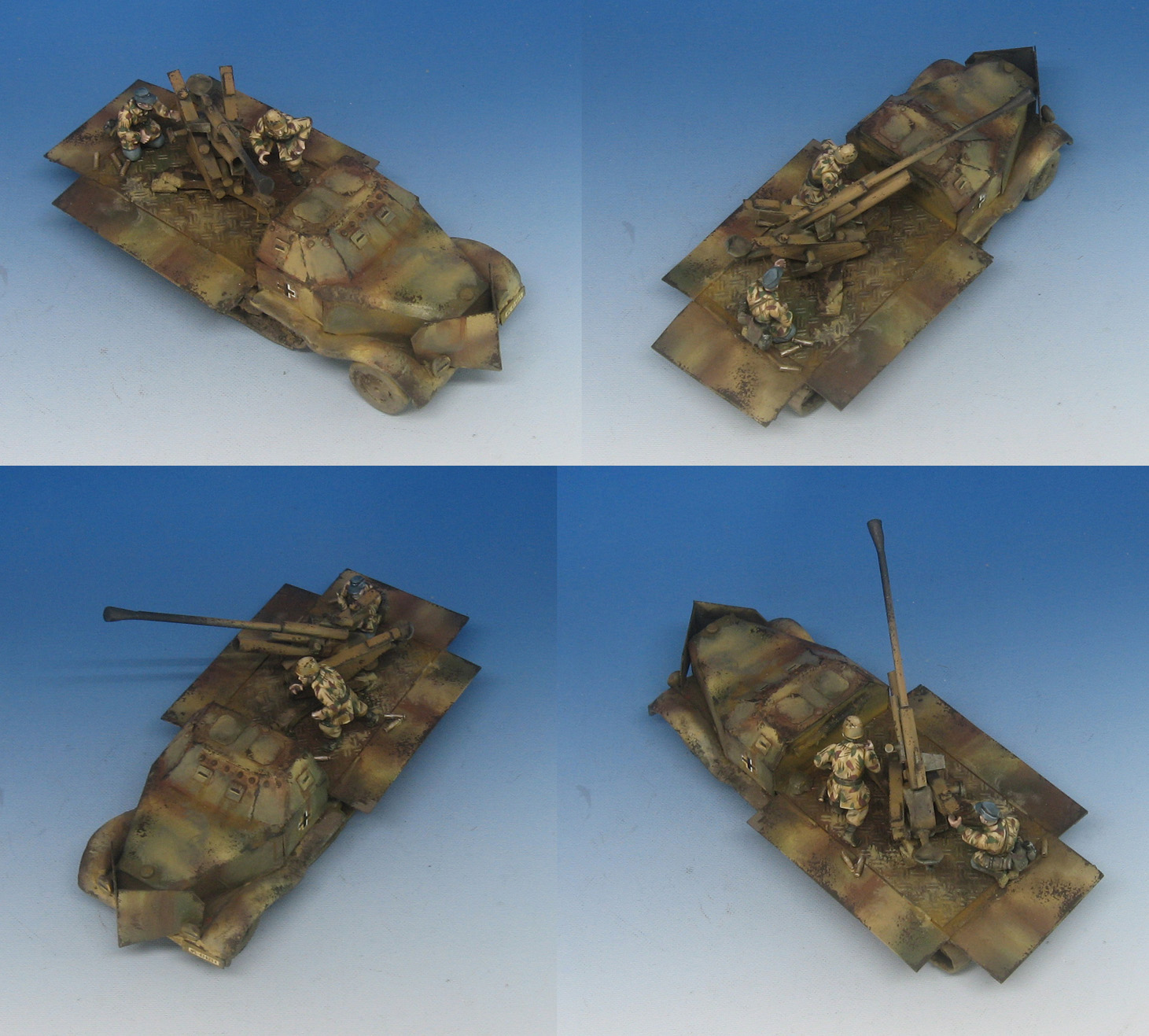 I also have a number of painting videos on my Patreon Page, including a 12 hour, 5 part series on painting my Winter Soviets.  This is something I will do for my Italians, DAK and Desert Rats.  Here's a link to the page: www.patreon.com/JamesWappel