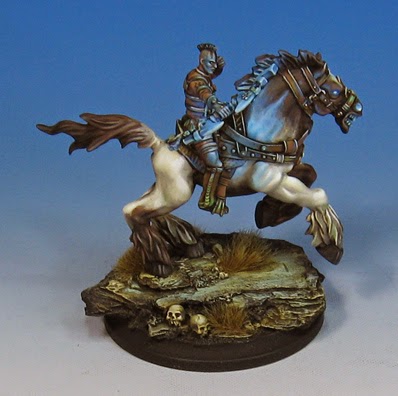 For some reason, these are among my favorite Wild West Exodus minis.  I believe there are 3 different poses of the Warrior Nation Energy Beast.

The concept behind them is that they are creatures that channel energy from the Great Spirit, becoming monstrously strong and fierce.  They sacrifice themselves in the process, as this energy also destroys their bodies.

The Warrior Nation also sport bows which channel that same energy.  It gives them the very valuable Spirit Aim, which I intend to make great use of!

The incredible speed of these creatures allows them to fill a variety of roles.  I intend to have as many of these as possible in my Warrior Nation force as part of my Speed and Violence group (an homage to Marty's old Chaos fantasy army).

They will be hooked up with the Great Elk and other beasties, clearing out some of the chaff with the ability to shoot and scoot.

Once I heard that these beasts get a free 8 inch move at the start of every activation, I knew that the Spirit Aim would be all the more valuable.  They can also contribute something in close combat, as they could potentially stay with the Great Eagle, and prevent him from being overwhelmed by masses of Hired Hands.

Are you of Age? 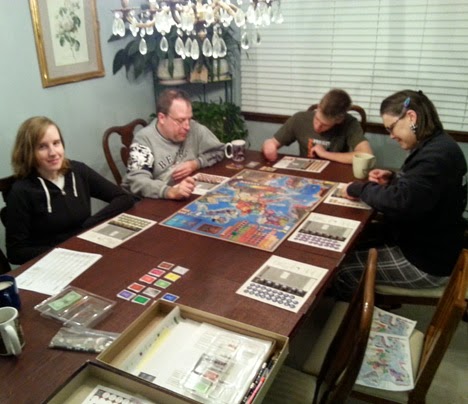 Never too young to get started on Age of the Renaissance!

As you may remember from previous posts, this is a game of research, expansion and economics. 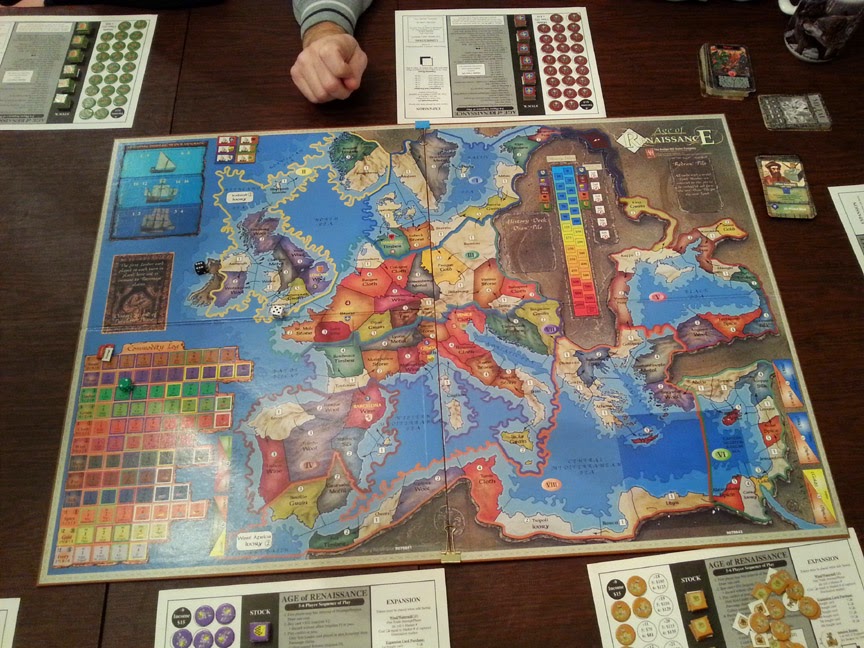 In this session, Dave, Tina Cathy and myself would be joined by new recruits Natalie and Jack. 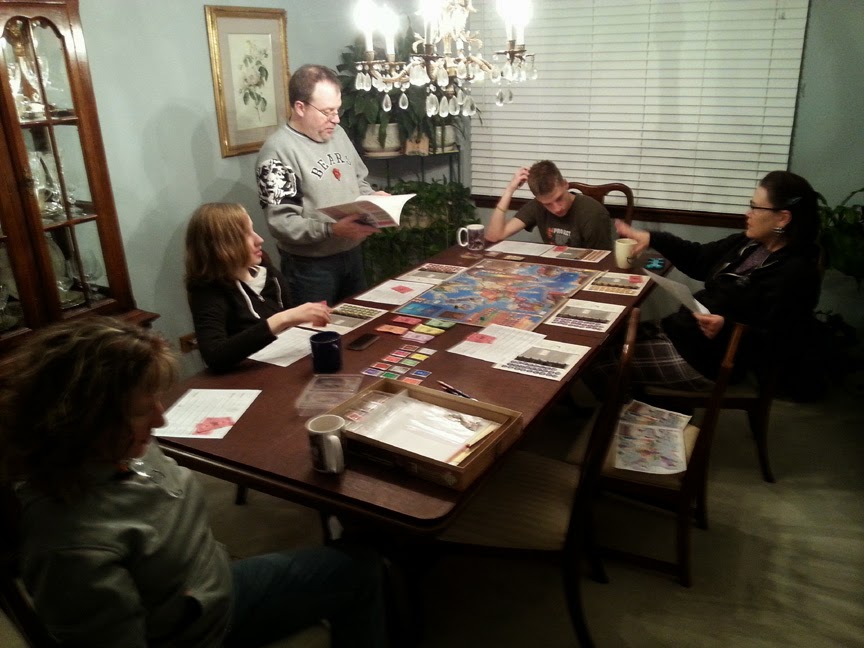 Everyone is getting set, preparing for their capital bid.  That is, deciding which nation you want to play, and what you are willing to shell out to play it.  It is a very unique pre-game ritual.

I always go with $0 for my capital bid, which means I will likely end up with London or Hamburg.

Since my pre game card was the Crusades, I knew that I might have a chance with one of those more challenging nations. 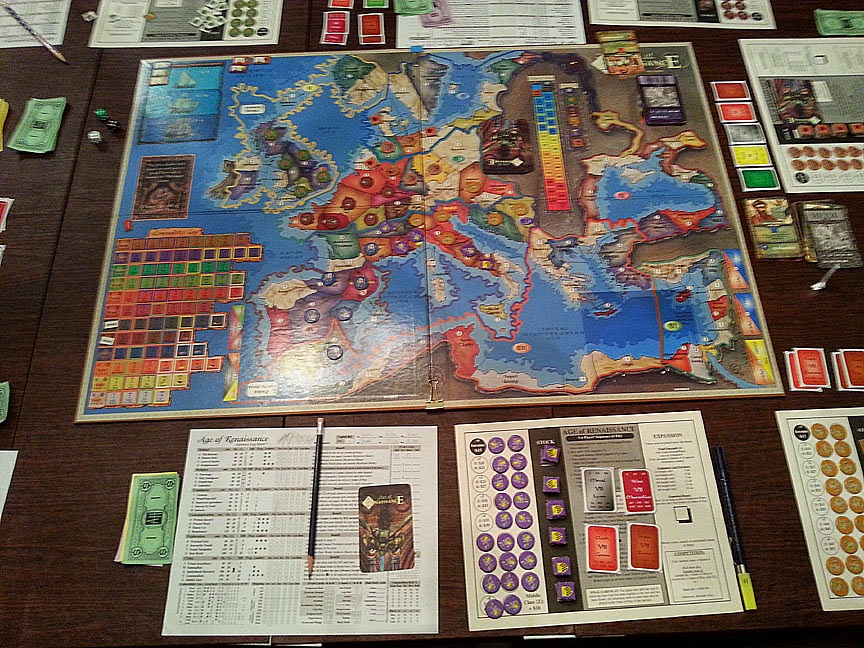 In fact, I was very fortunate with my card draws.  When I needed leaders, I got them, such as this fellow..Rashid Ad Din.  I was also able to get the correct resource cards at just the right time.

This meant that I could afford to do high level research!  Normally that doses not happen with London, Paris or Hamburg. 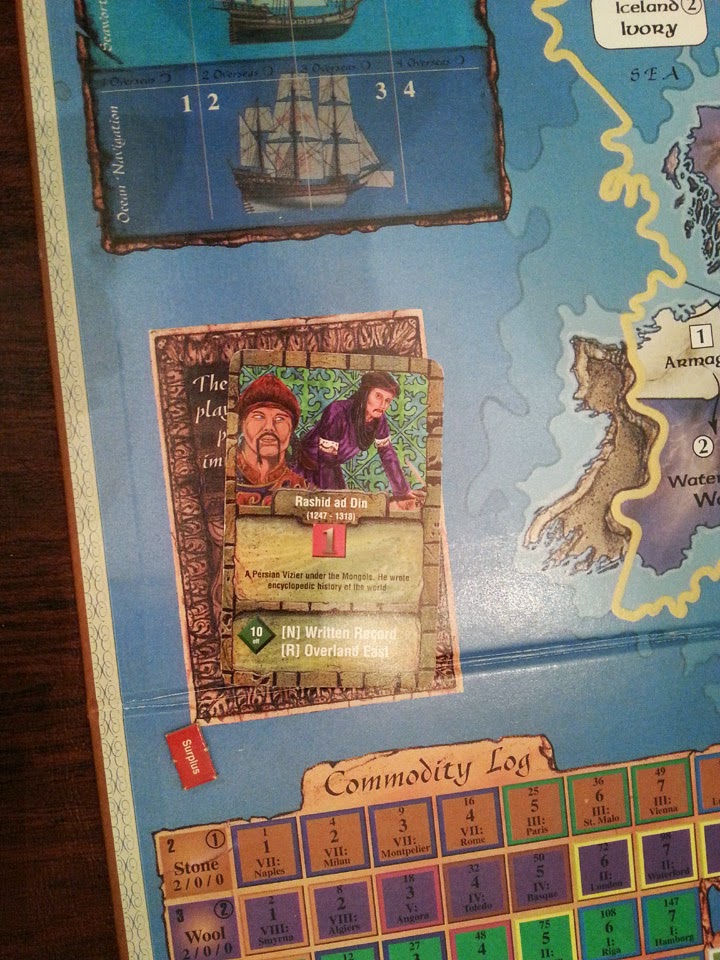 The Crusades!  This would mean that I could get into the Lavant before everyone else, even though I had little more than meek caravels. 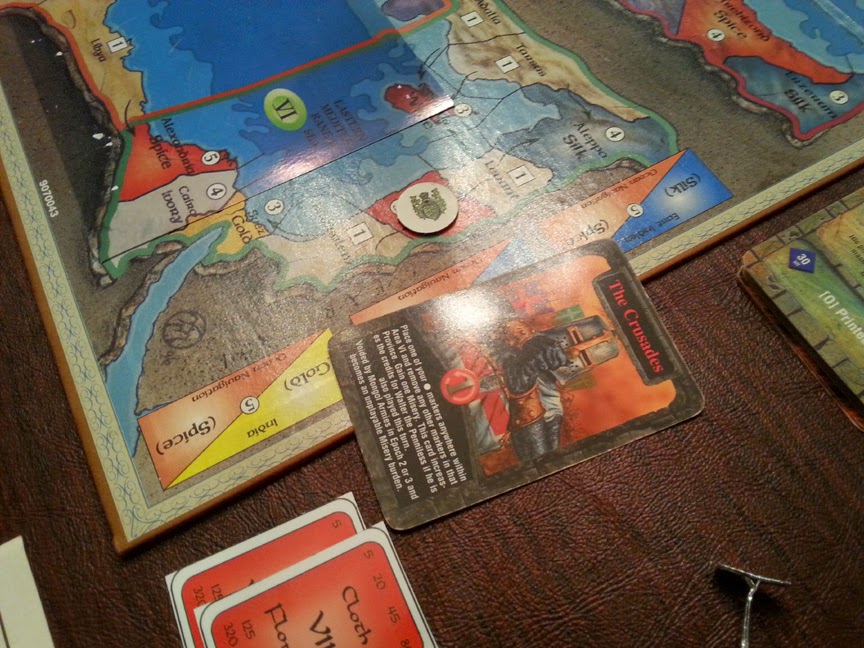 The early expansions are rapid and furious.  Once these territories are soaked up, however, things begin to get 'testy'...

Most early game commodities, such as wool, don't offer those big payouts, so you have a hard time keeping up with Barcelona, Venice, etc., who can reach those mid to late game resources far more easily. 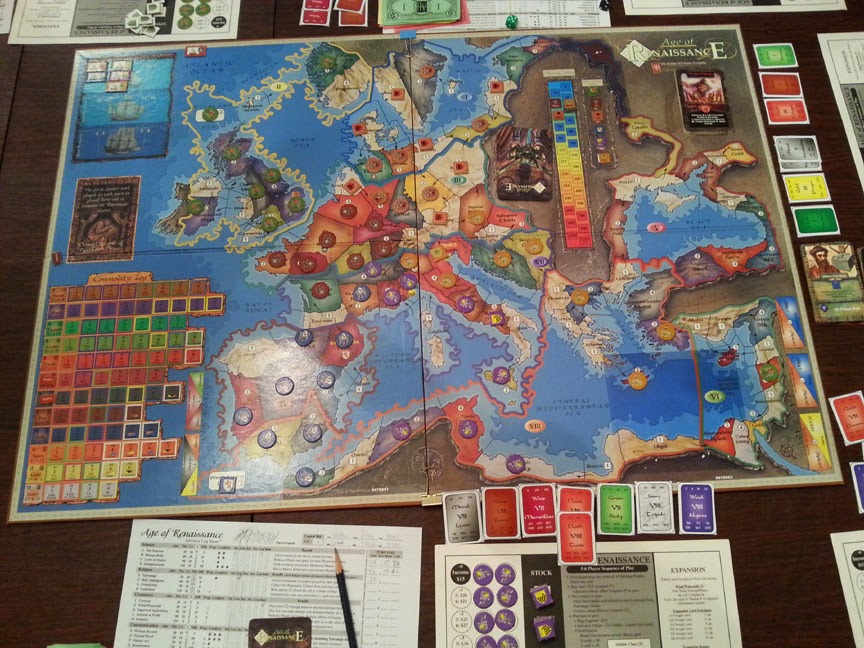 There are a great many things to keep track of... your income, your level of ship upgrades, misery, commodities, research advances and so on.

That's why you see those player mats and score sheets in front of us! 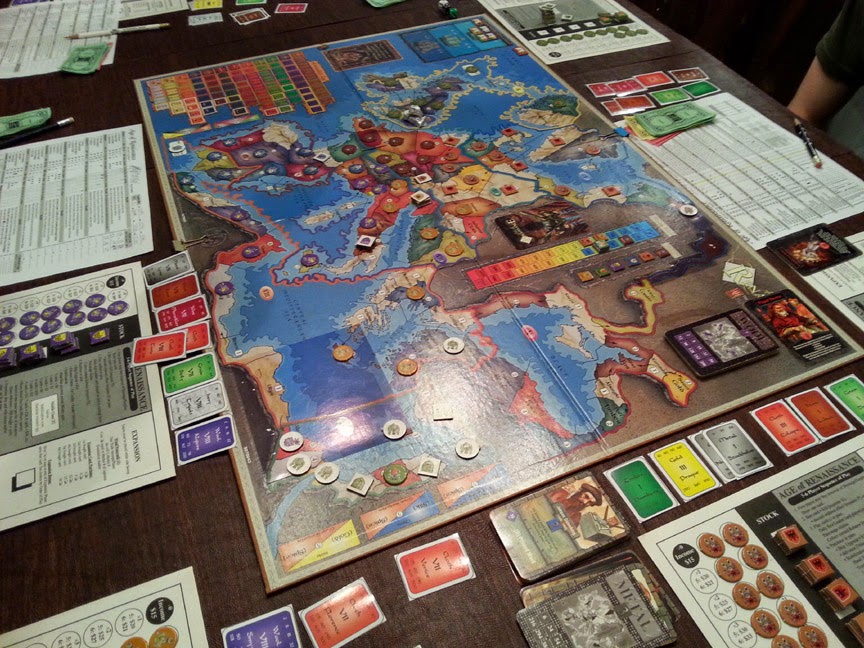 Even at this stage, the misery is piling up.  It is that long bar on the right of the board, which goes from blue to yellow.  A variety of things contribute to misery.  Famine, wars, piracy, and other natural/man made disasters all conspire to make your people miserable.

Let this go too far into the red, and you will lose a lot of scoring points.  Even farther, and your people revolt! 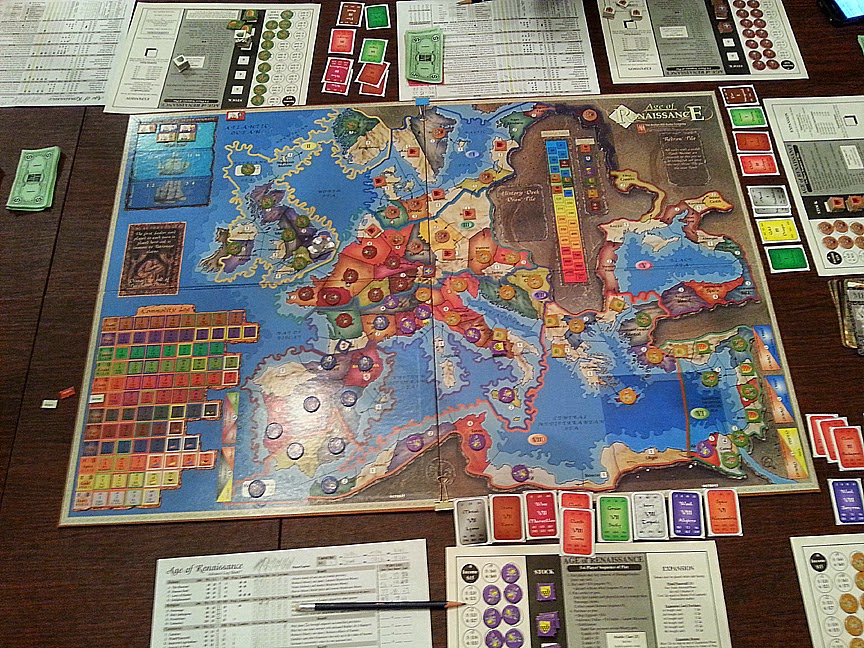 Even with the Crusades, other nations quickly occupied the near and far East.

Due to a number of circumstances, I had to resort to the Religious research gambit.  This meant that I pushed things such as Holy Indulgence and Cathedral on the other players many turns earlier than usual.

Now they were forced to spend the little cash they had on keeping up with me, or risk giving me free tokens and even cities.

I was not after the usual mid to late game resource cards.  Instead, my interest was in good old fashioned wool!

If I could hang on to enough territories of wool and play my one payout card for that commodity, I would have a large amount of cash.
Being in possession of the dreaded Alchemist's Gold card, I would not have to be so fearful of a big pile of loot in front of me. 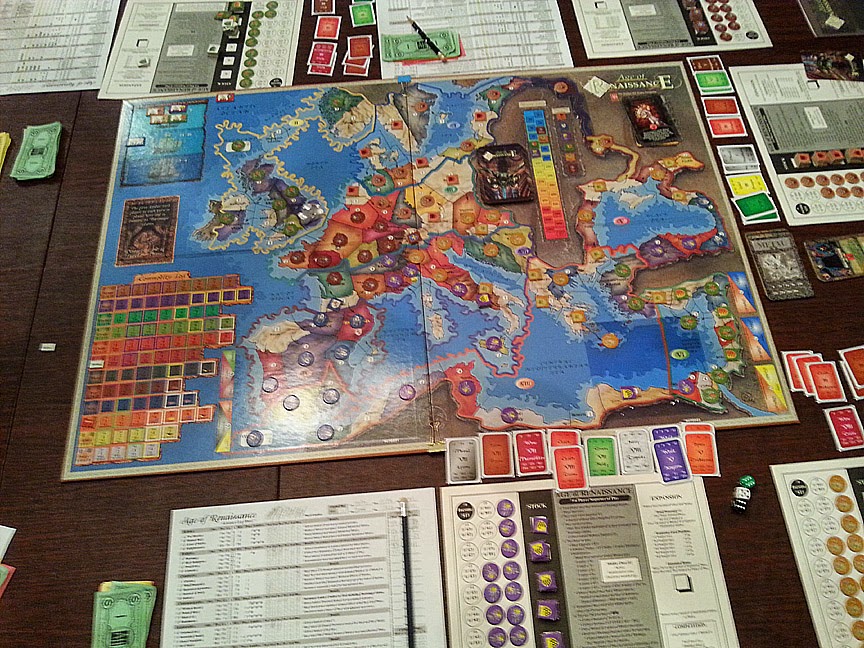 Using that wad of cash, and a huge hand of leader cards, I was able to streak forward in my research, narrowly catching Venice and Barcelona in the Far East.  These advanced technologies also reduce your misery index, thus providing additional points.

The Black Death struck the Lavant, which wiped out many English settlements.  However, the English had many nasty tricks up their sleeves.  These were unleashed on the southern Europeans without mercy, ensuring that they would not benefit from London's misfortunes.

We had to turn in early, but it was pretty clear that the Island Nation was going to reign supreme after all!  One more Age of Renaissance victory for the Wappels!! 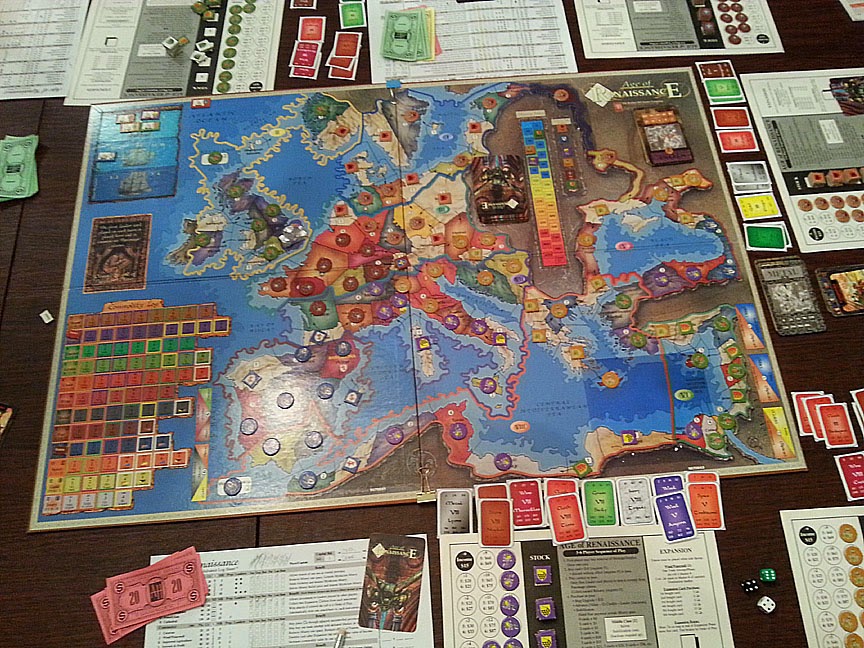 Bitey was quite pleased, as London's tokens were the same green as his soft fur!  Very soft, especially for a dinosaur... 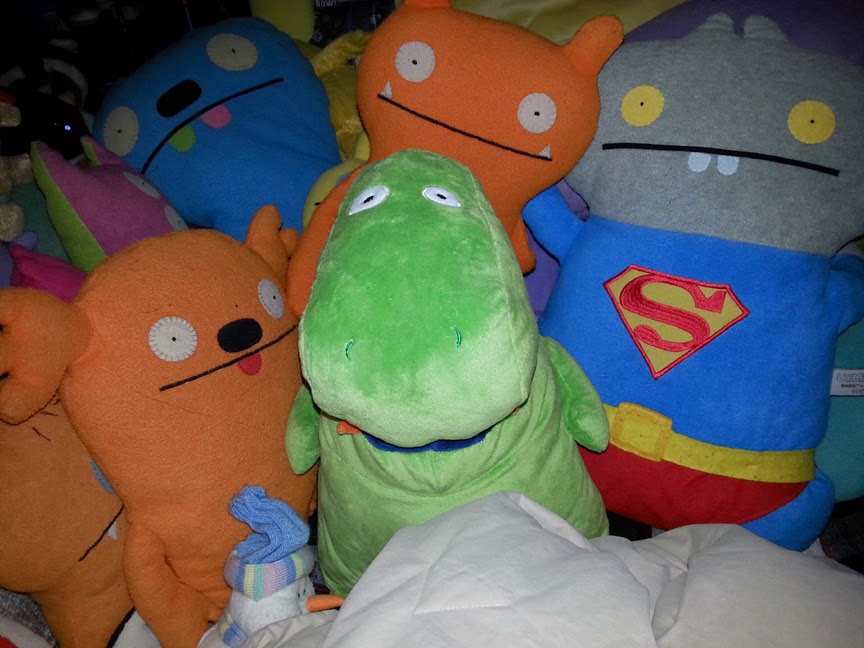 Posted by wappellious at 4:03 AM No comments: