Creator of the Fall 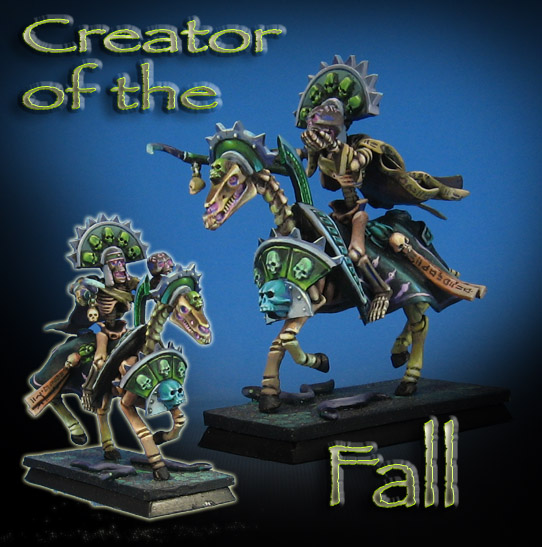 I had a lot of fun with this Heirophant conversion that was done for my Tomb Kings army.  Using a bunch of chariot bits and green stuff, I was able to make him look more impressive than a standard skeletal cavalry figure.

I couldn't resist giving him a sceptre and a skull too!  Of course, he had to have a number of cartouches as well.

For those who have seen the story of my Tomb Kings, they know that this Heirophant was the source of the "First Fall", playing around with sorcery best left untouched.

I had him on the skeletal horse to make him more mobile, but also allow him to attach to the unit of cavalry for protection.  None of these things really worked out, as Tomb Kings tended to die from a random stiff breeze!