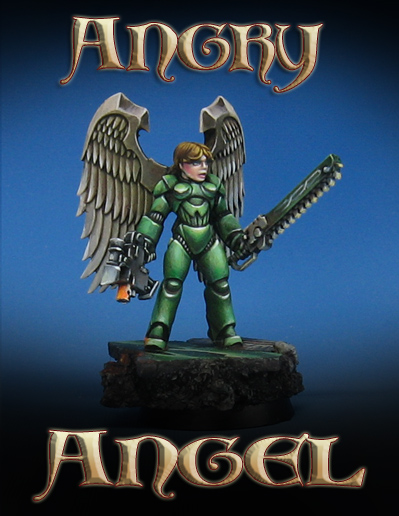 This conversion bash was created for the Sisters of Battle contingent of my Adepticon 2014 40k tournament army. I wanted a unique set of Seraphim, and I happened to have some old VOID miniatures handy.

I have already posted the images of the Archangel figures in previous articles, but there were a few other VOID minis that were changed into those Seraphim with a few extra bits.

It's pretty easy to spot the Blood Angel wings, as well as the bolt pistol and chainsword.  There was not much time to spend on each conversion, so it was nice to be able to get these unique figures done in a relatively short time frame.

The view from above shows a little bit of the marble base.  All of the Sisters had marble bases, so as to separate them from the Imperial Guard allies.