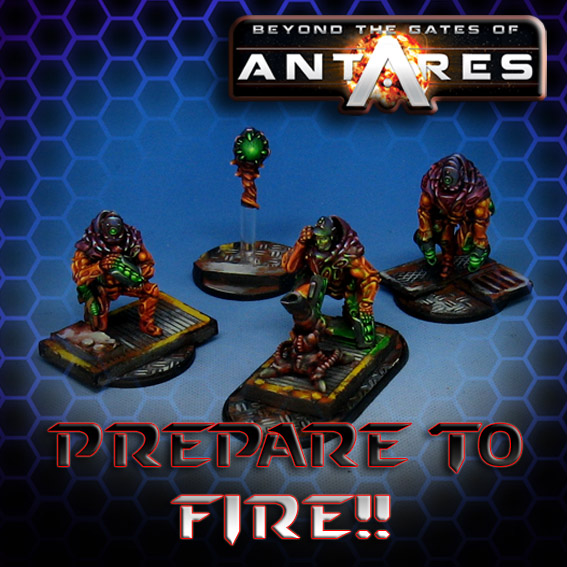 Time for a little ground fire support for the Isorians from Warlord Games in the form of a Senatex team with an X-Launcher.

Just as it was with the color test figure, this color scheme has been a very nice switch from all the muted and earth tones of the Steampunk, Western and now World War 2 miniatures.

I get to use bright greens and reds side by side, accented by oranges and yellows.  These are also the first sci-fi bases I've done in quite a while too. 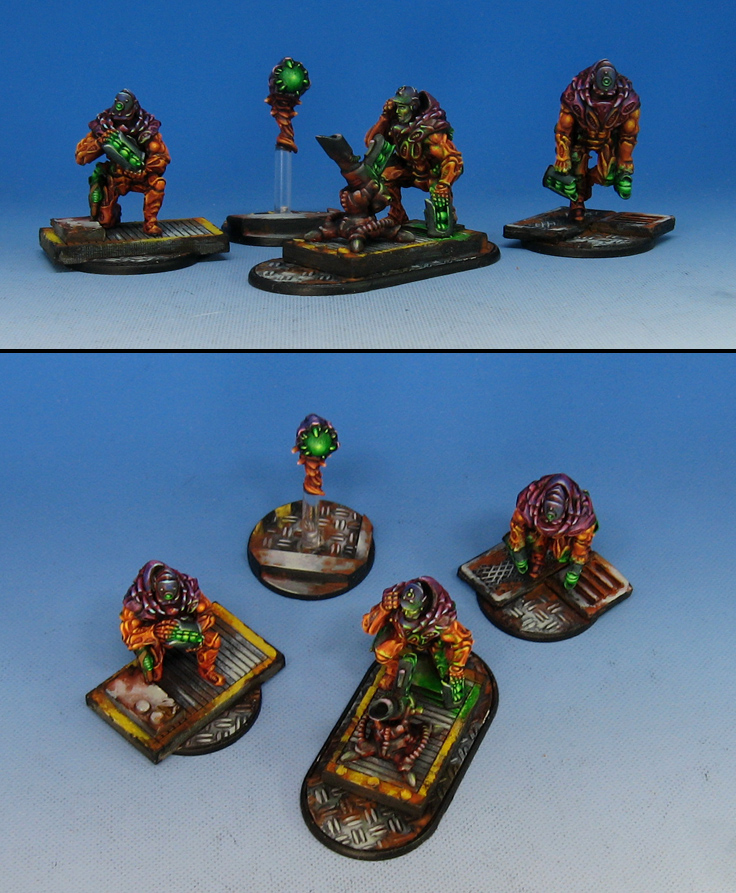 I didn't think I would like painting all the drones (every squad and weapon team has one), but they have actually been kind of fun. 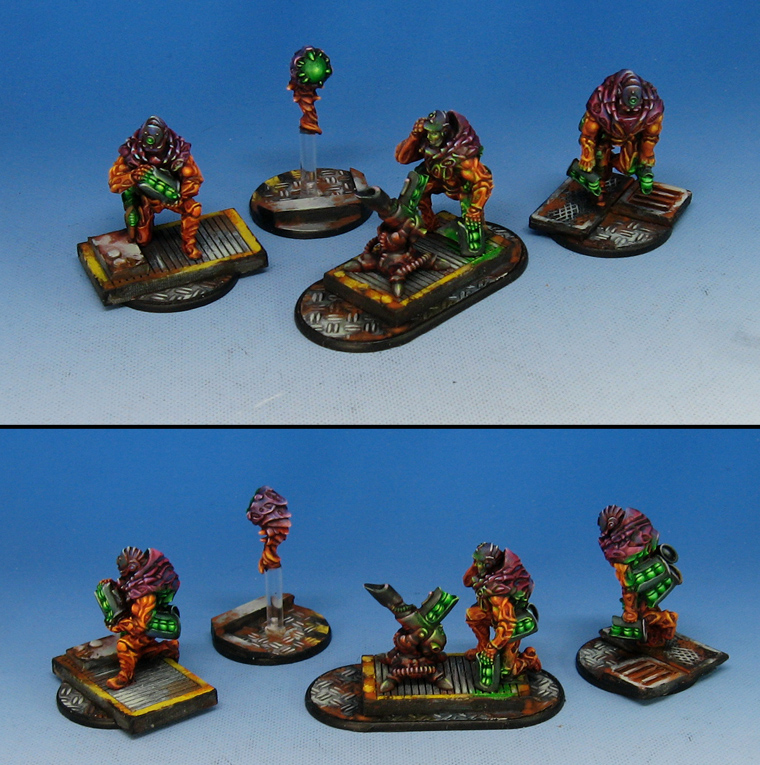 In general, there are more 'organic' shapes on these figures than I have painted in a very long time.  The clothes, weapons and other items have been more manufactured... or even 'real' on many recent figures. 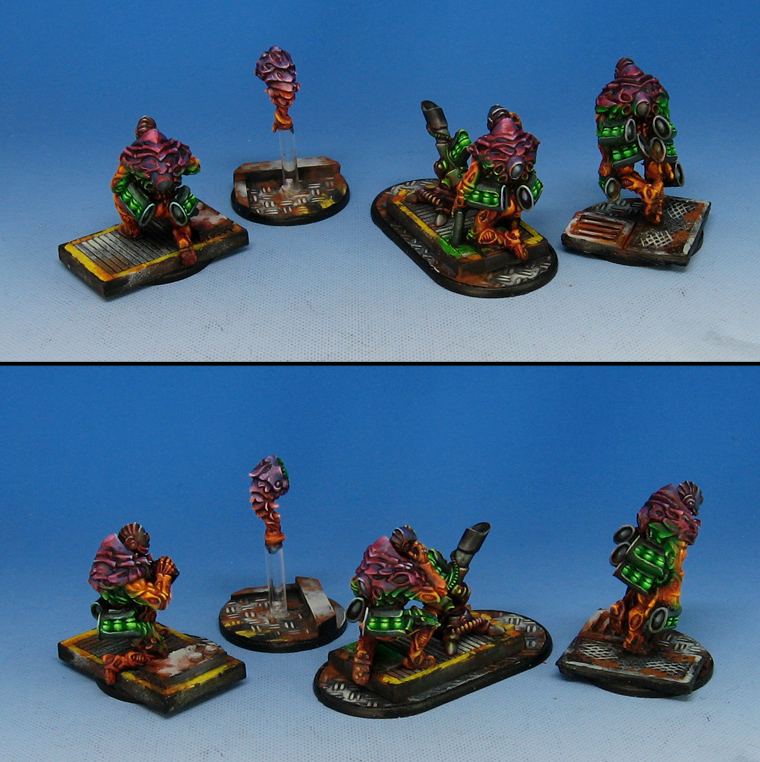 Having assembled and painted a number of the Bolt Action weapon teams, it is very neat to have these guys side by side with those 20th century counterparts! 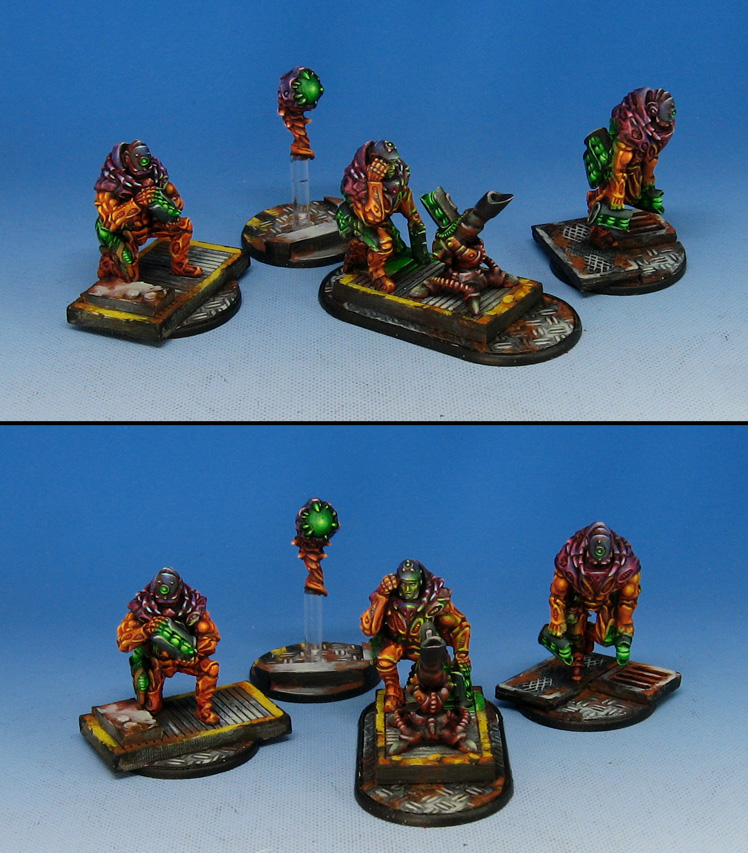 I have other weapons systems under way, along with standard squads and command figures. 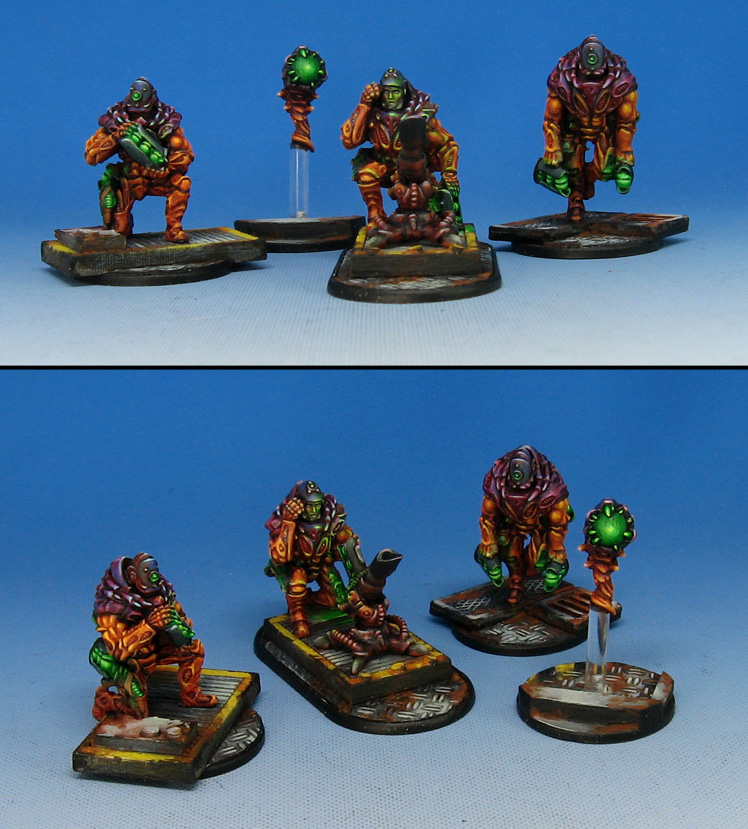 Stay tuned, because much more is on the way! 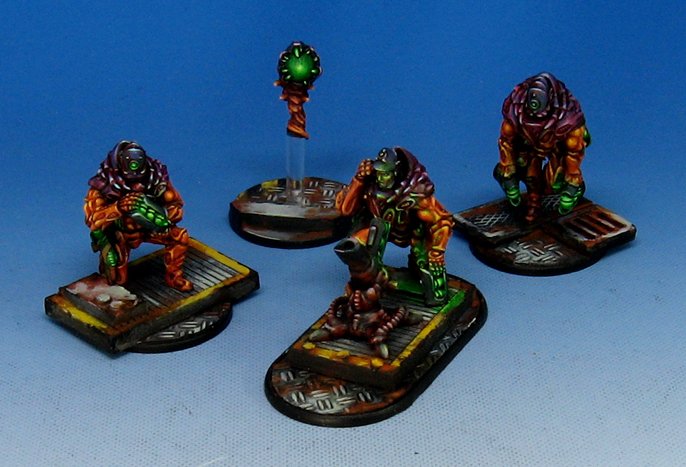 Posted by wappellious at 11:05 AM No comments: