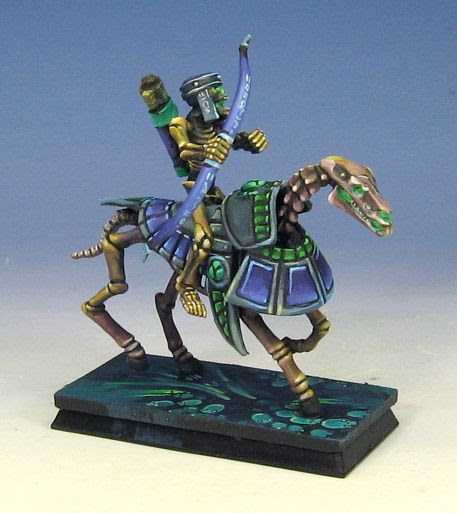 Work must continue on the Tomb kings! One more horse! 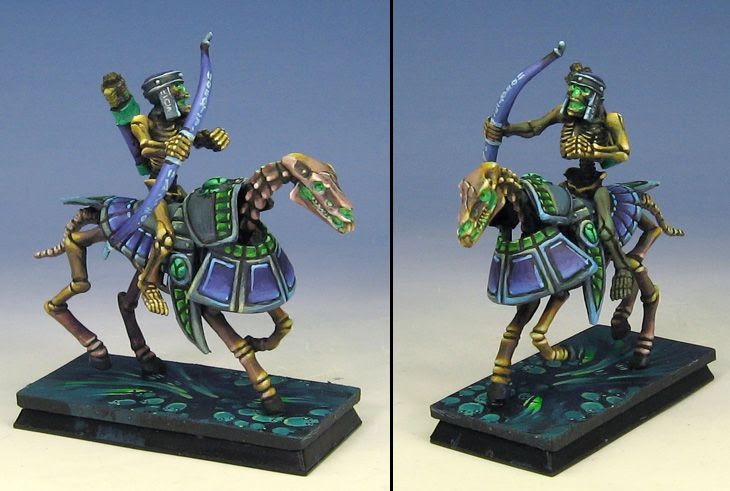 Oddly enough, I was actually able to come up with a unique set of colors for this guy without looking at the other 8 that were already painted... 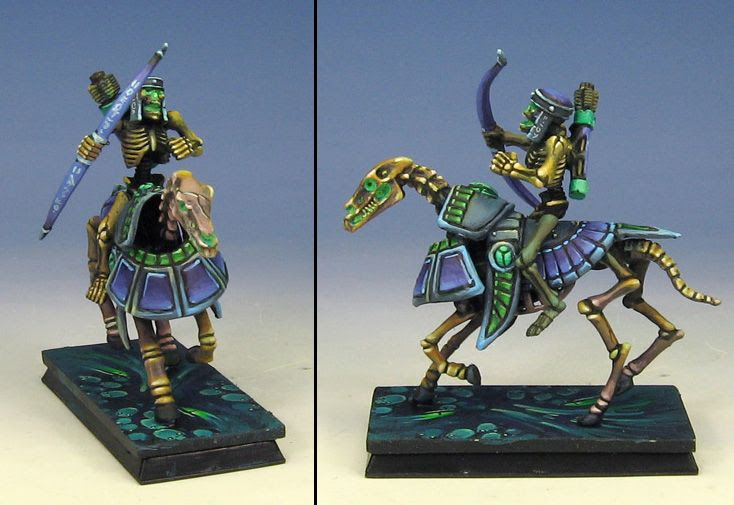 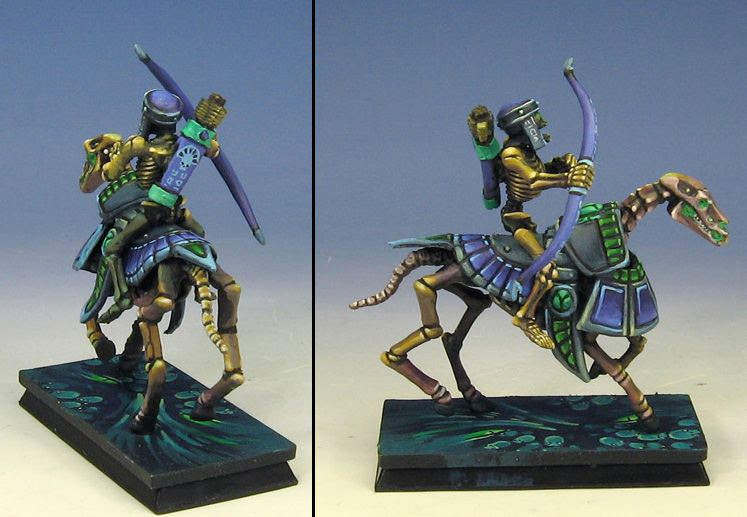 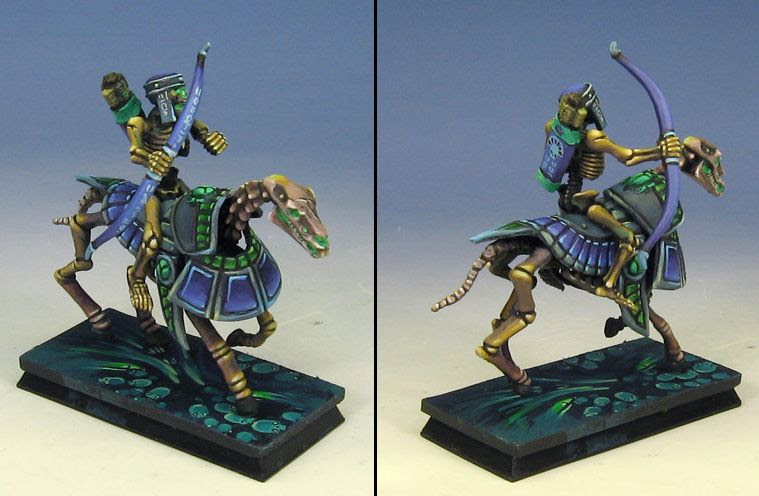 This coming week you will be seeing 4 completed monsters for the Tomb Kings.  It's gonna be insane!!!! 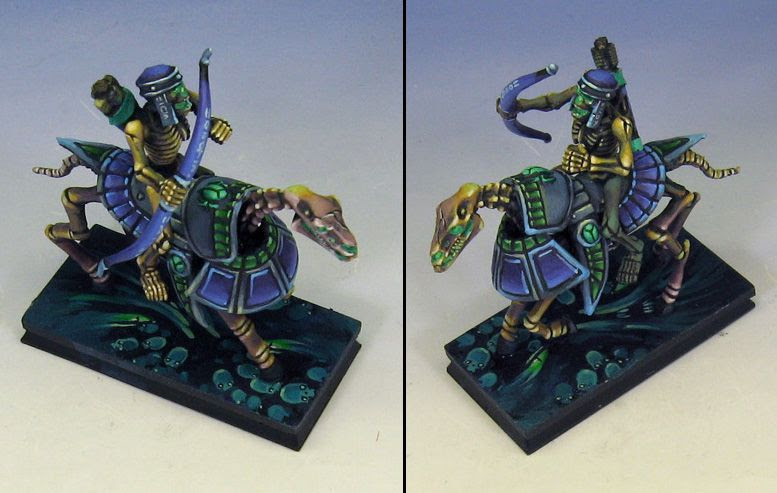 Preparing for glazing and tinting: more on the Nurgle Decimator 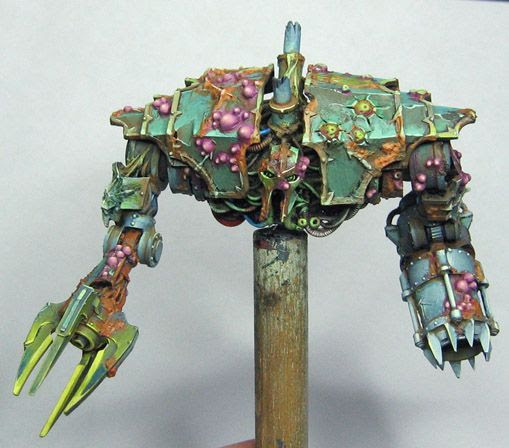 Well, we are almost there... for glazing, that is!

Following the usual shaded basecoat technique, I started from around the middle tones and worked lighter. 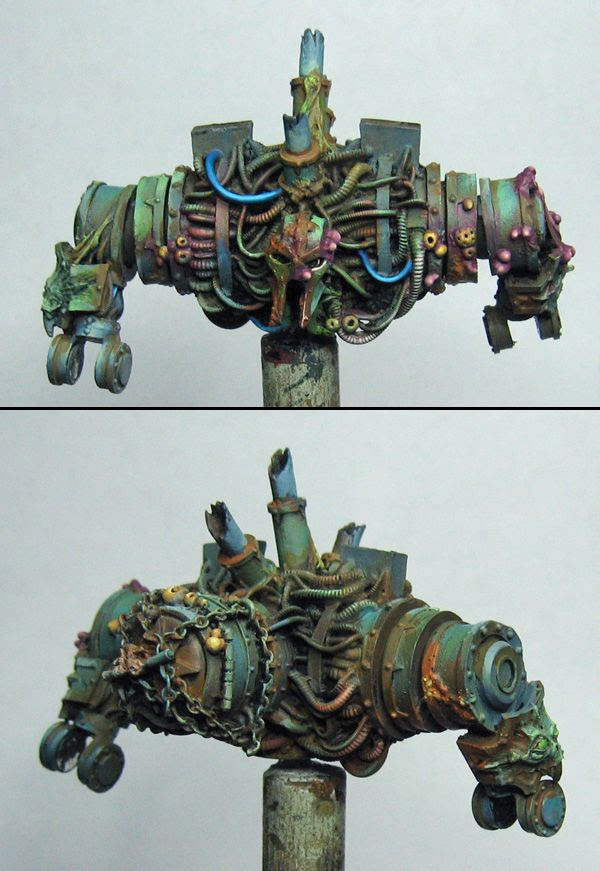 At this stage, you can really see how things have been set up, just waiting for all that tinting and shading!! 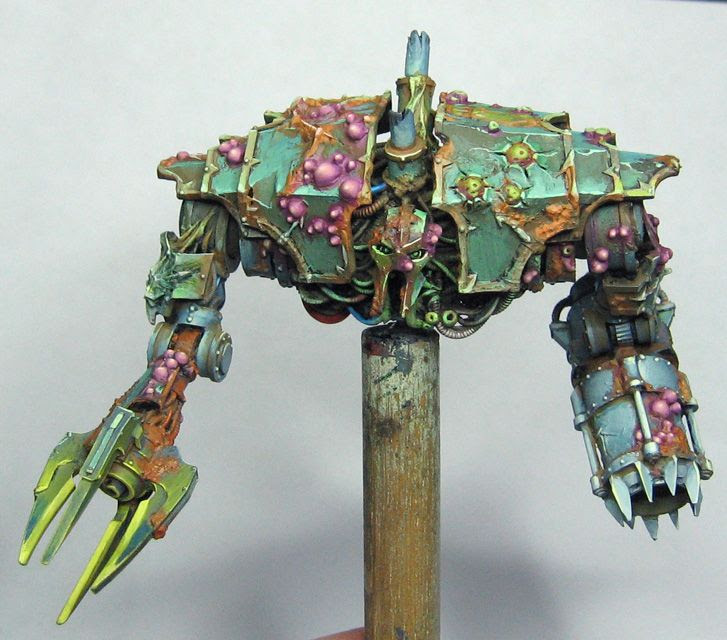 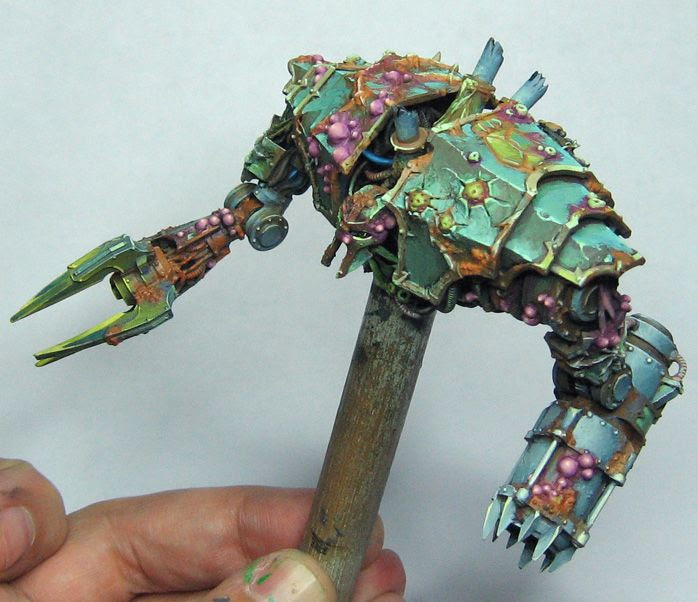 Some of the tinting here will involve more complimentary glazes... such as a reddish glaze over a green, etc. 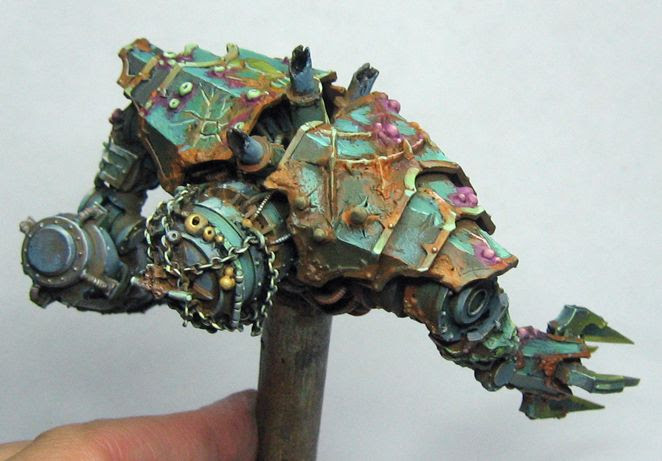 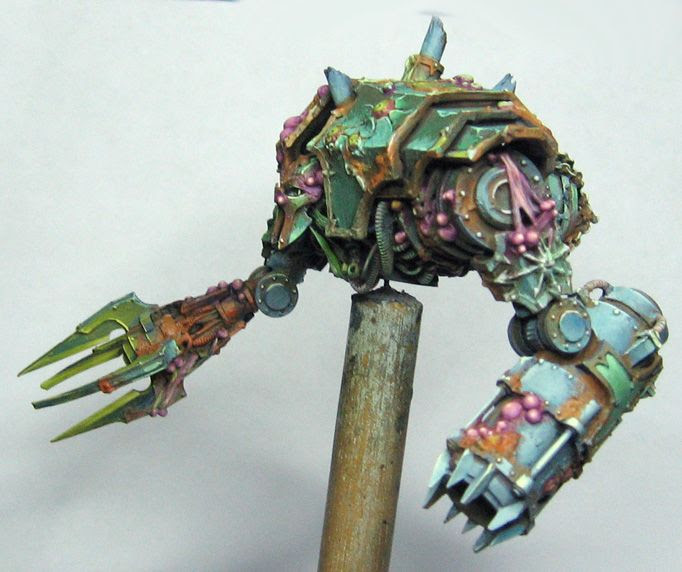 I will be doing a little bit of weathering along with the glazing.  Then I delicate balance of powders, spraying and then 'ardcoating begins! 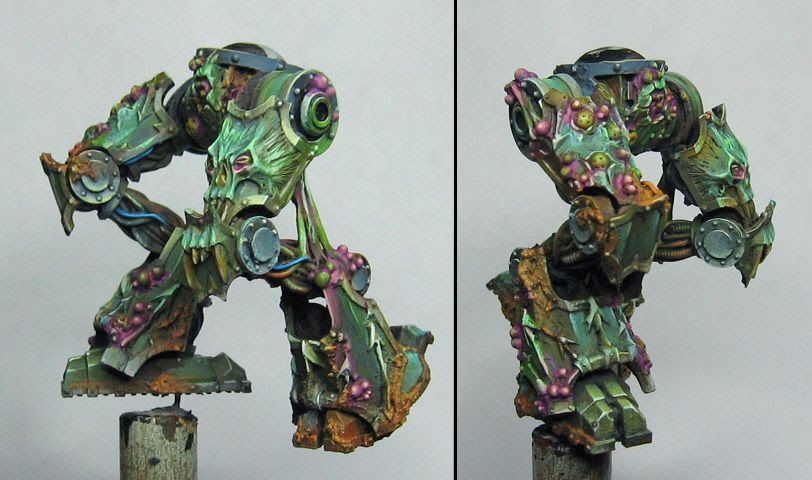 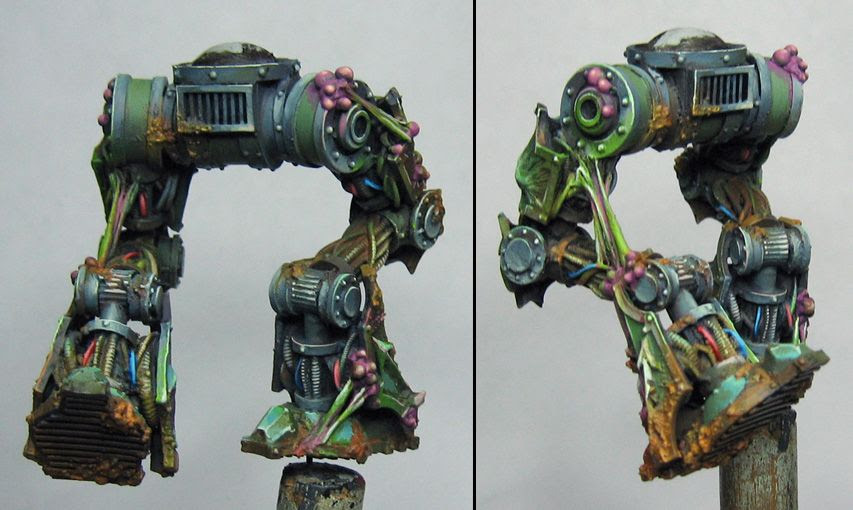 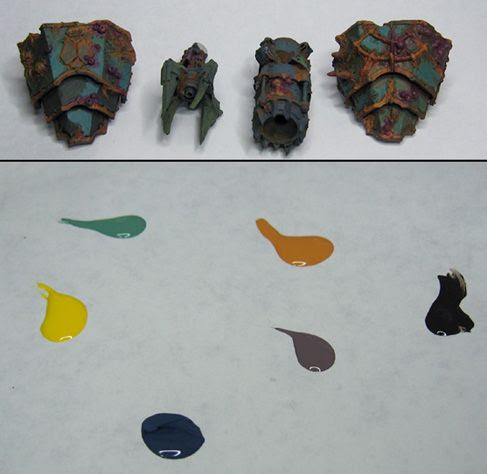 OK, we have some more images of the second round of painting.  More and more definition of the lights and darks, now that the general color layout has been formed.

Even though most of the torso is covered by the massive shoulder armor, I figrued I would do as much as I could on all the cables and such before they disappear. :-)

I had to make sure that some areas had a least a hint of "metal" to them, so I used some Fenris grey and even a little thunderhawk blue in places to make sure that not all the colors were variations of greens and browns.

Here is a little shot of the palette as I began this next round.  Pretty much the same as the first one.  Also, the shoulder armor and weapons get some love... 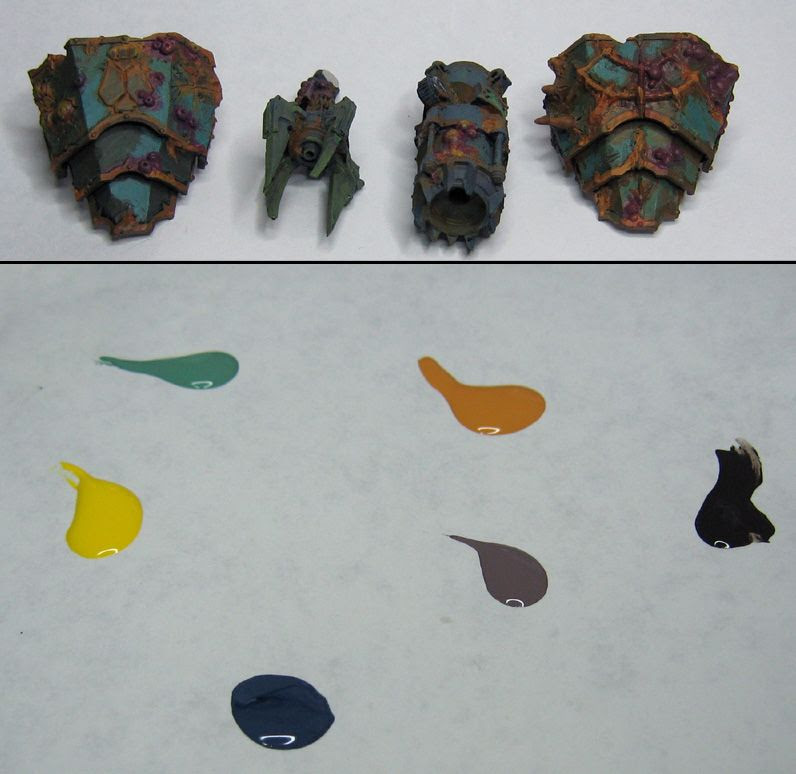 More definition on the values of the torso: 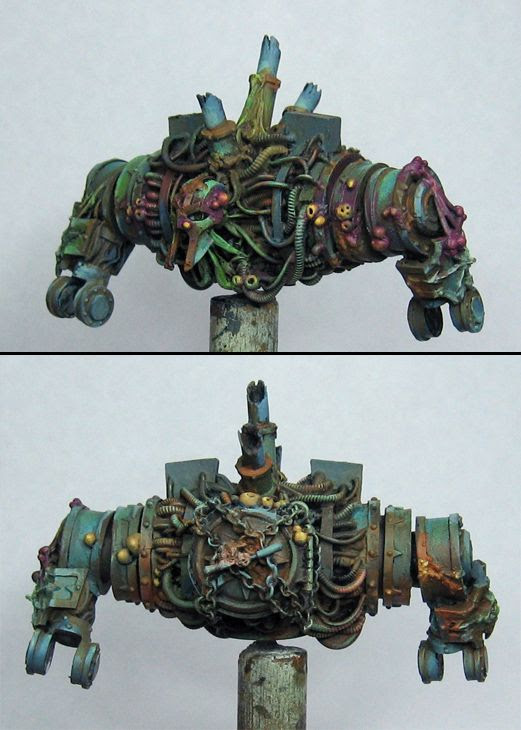 At this point, I also trying to set up some of the complimentary colors, such as all the purples that I want around the sores and pustules.

Since these photos, various shades of pink have been added to those pustules. 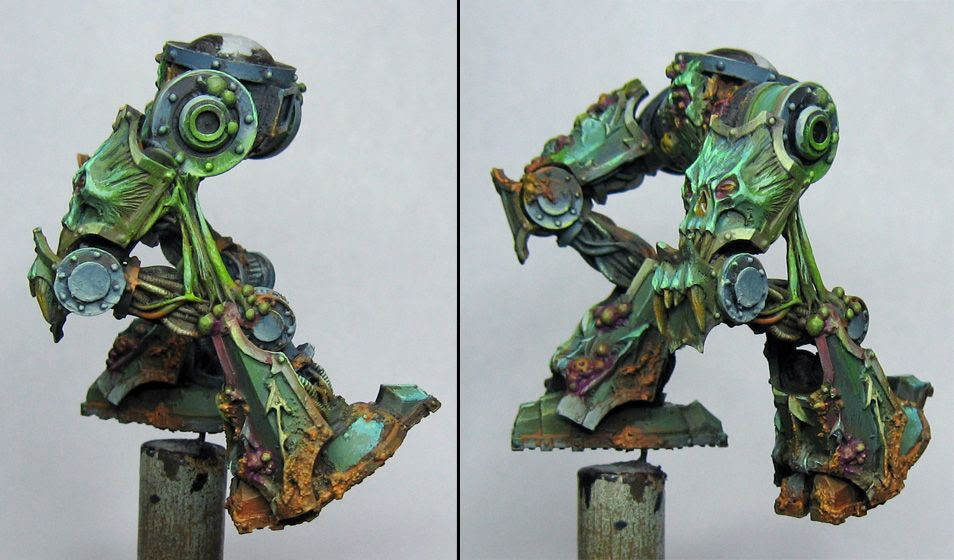 More pics tomorrow, so stay tuned!
Posted by wappellious at 1:40 AM No comments: