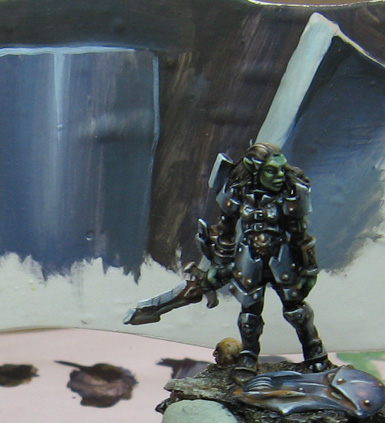 There was a cluster of NMM videos recently, and I was able to snap a few images along the way.  These side sketches became more and more important as time went by... 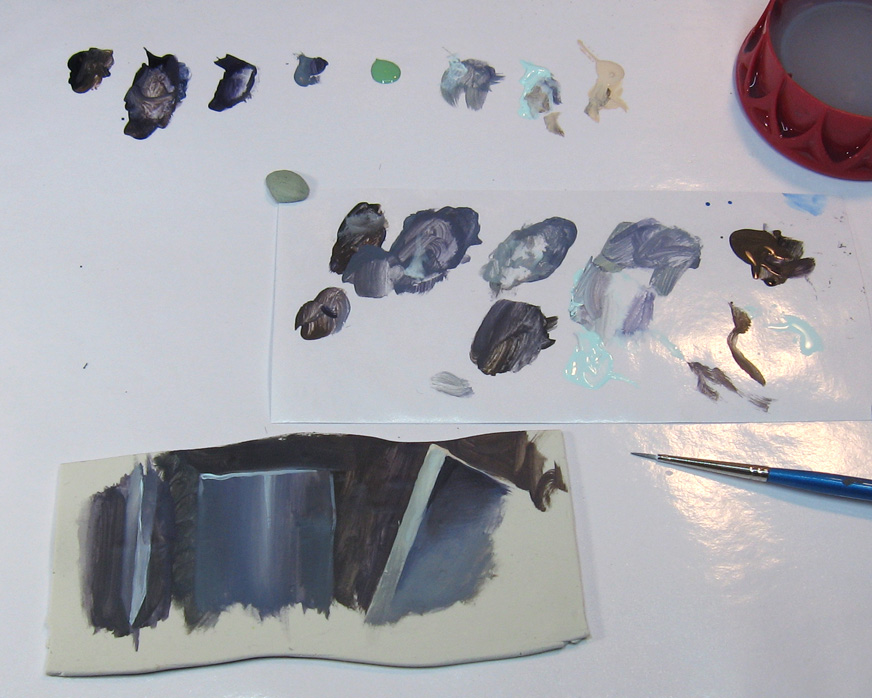 It was very cool to have these to refer to myself :-) 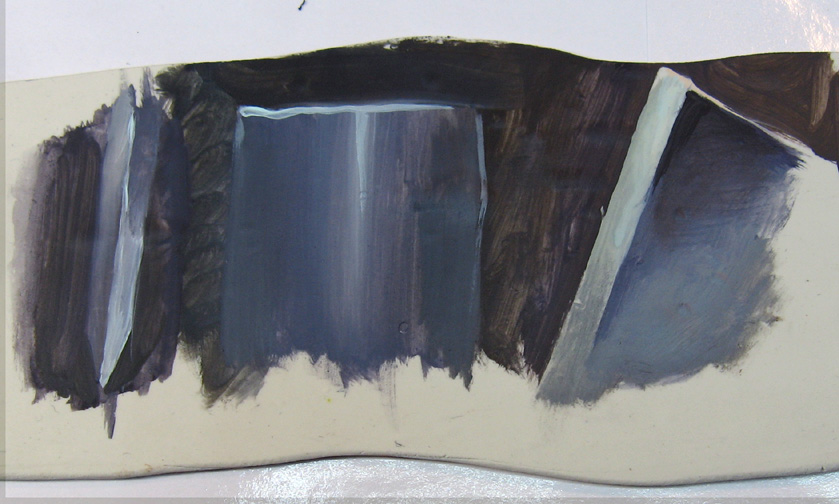 She's got her shaded basecoat, so we know what's coming next... 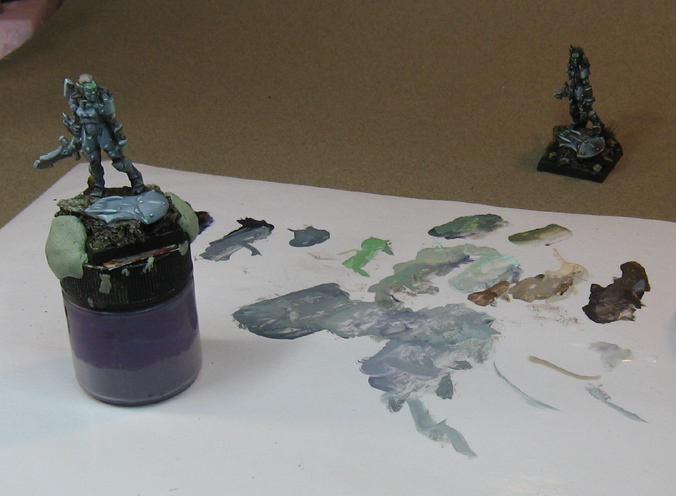 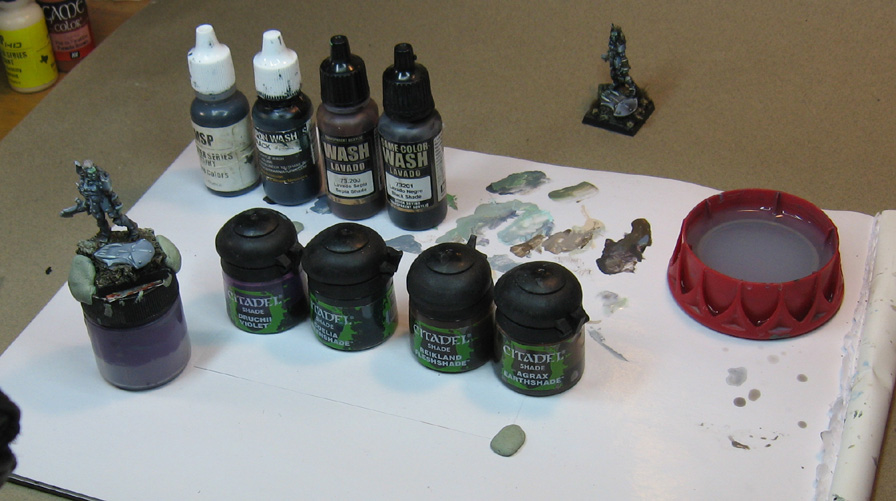 Mixing regular colors with those glazes is a blast. 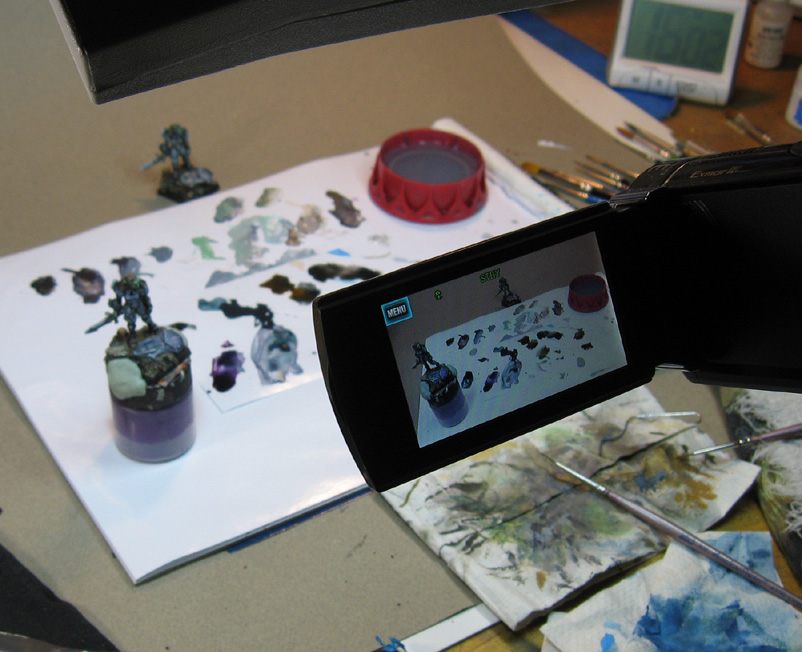 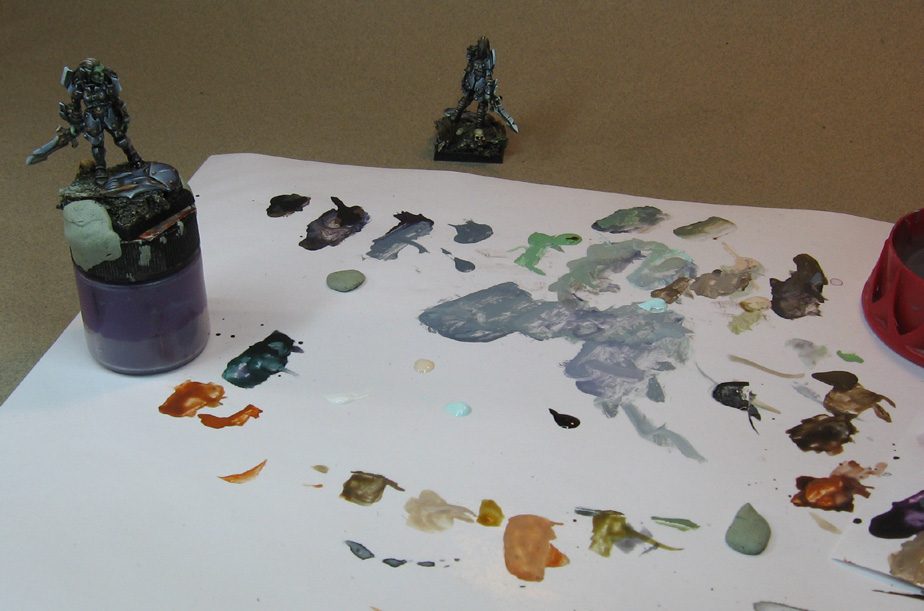 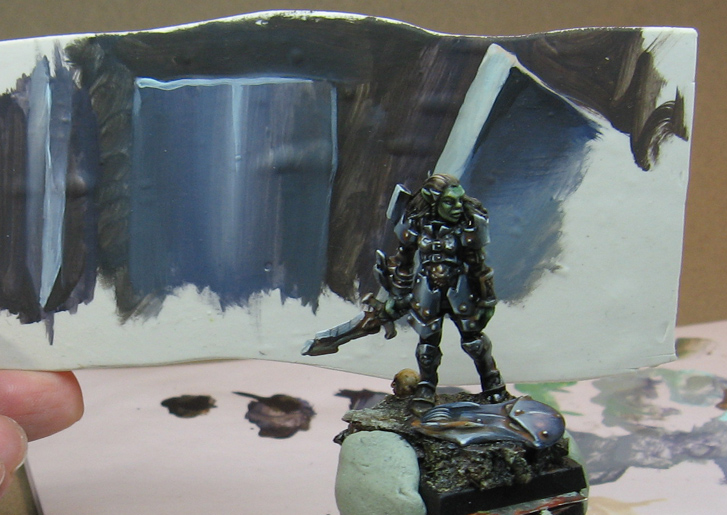 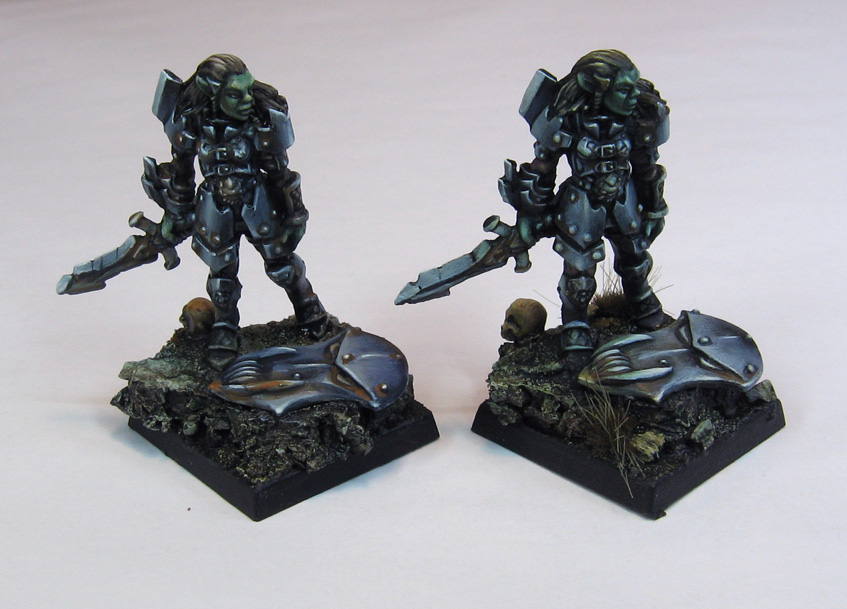 This would make a very fun D&D character, that's for sure.  Lots of attitude. 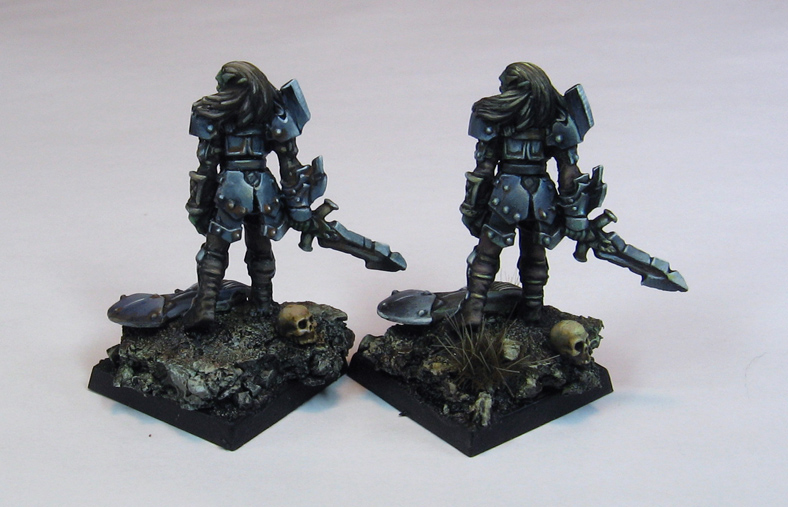 Posted by wappellious at 4:51 PM 4 comments:

Chillin' out in Khemri 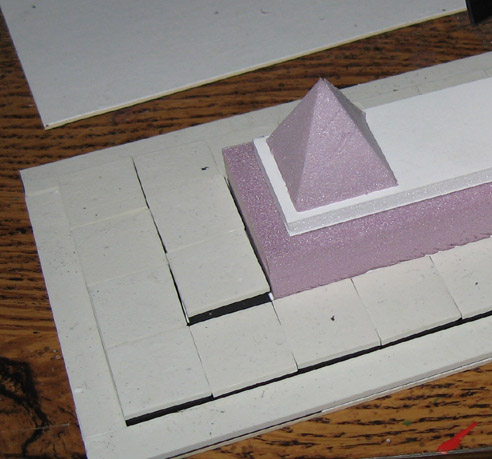 So, what do you do when the levels of stress are already way beyond the point where you start tossing your own feces around?  You 'escape' by making a subpar unit for a wooden spoon army :-)

Yes, it just keeps getting crazier!  I never made a Tomb Guard unit for the Silver Pharaoh, even though a bunch of figures had been prepped. 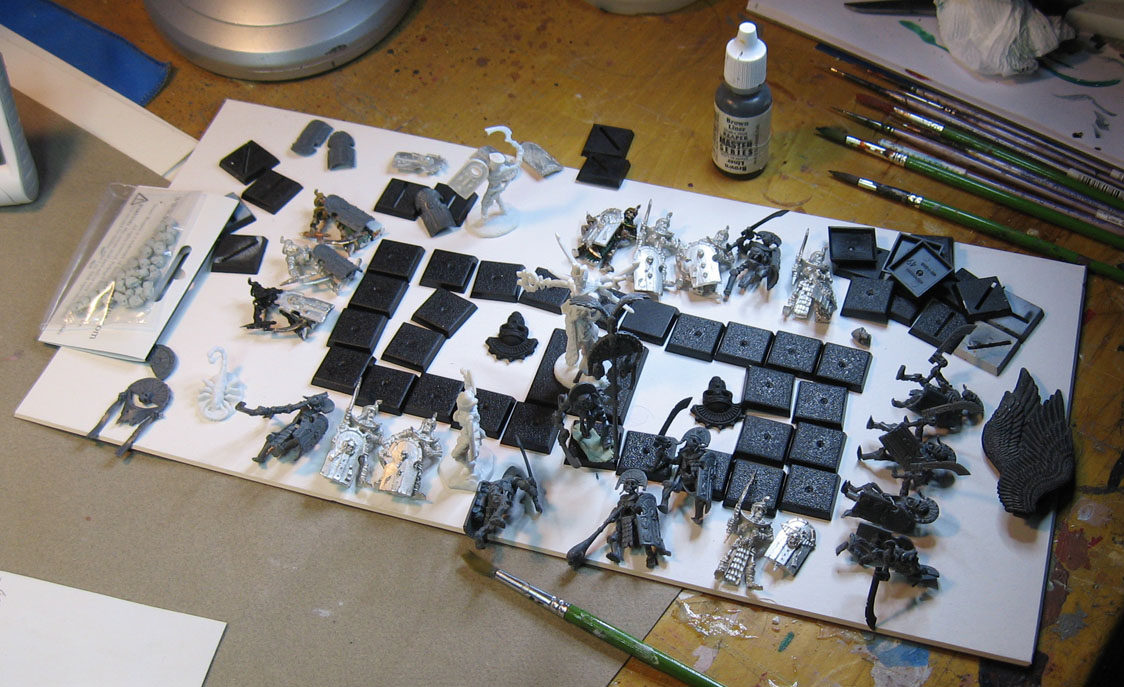 There are some caveats here.  The figures were filed and prepped at Convention committee meetings and the like, while most of the movement tray stuff was done while making more sculpey for video shoots.

I was baking tile after tile of sculpey anyway, so a few extra 20mm sized squares were not a big deal.  In addition, I was trying to do some early tests on making a future video (or more) on movement trays. 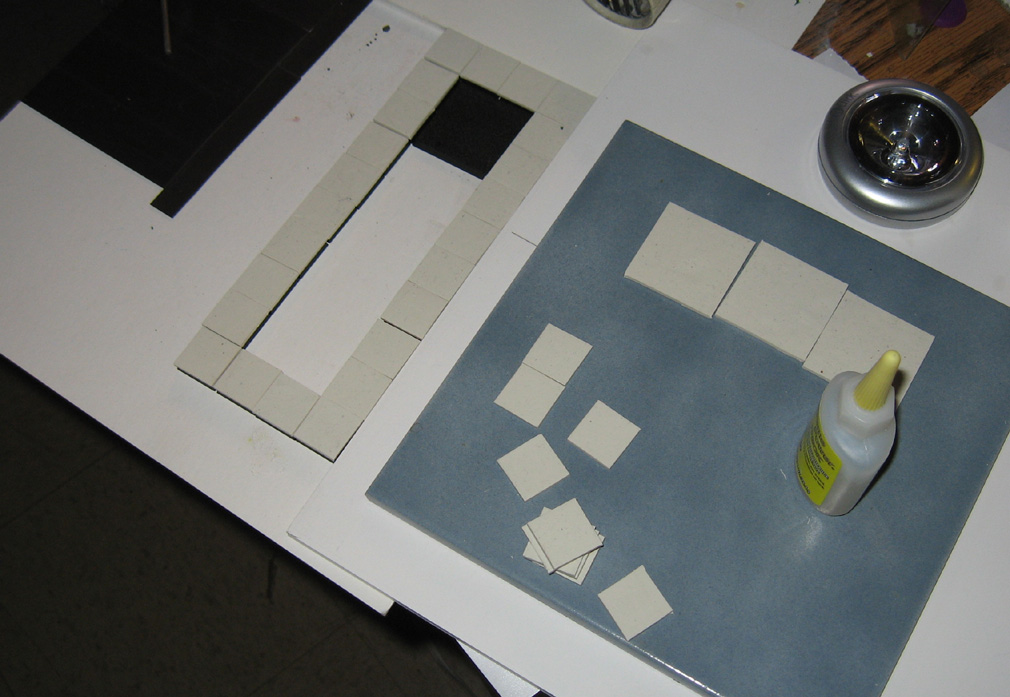 The challenge was to make them all fit together, along with the border pieces.  You can check out the rest of the Tomb Kings posts to see what I did with all my basing on that army. 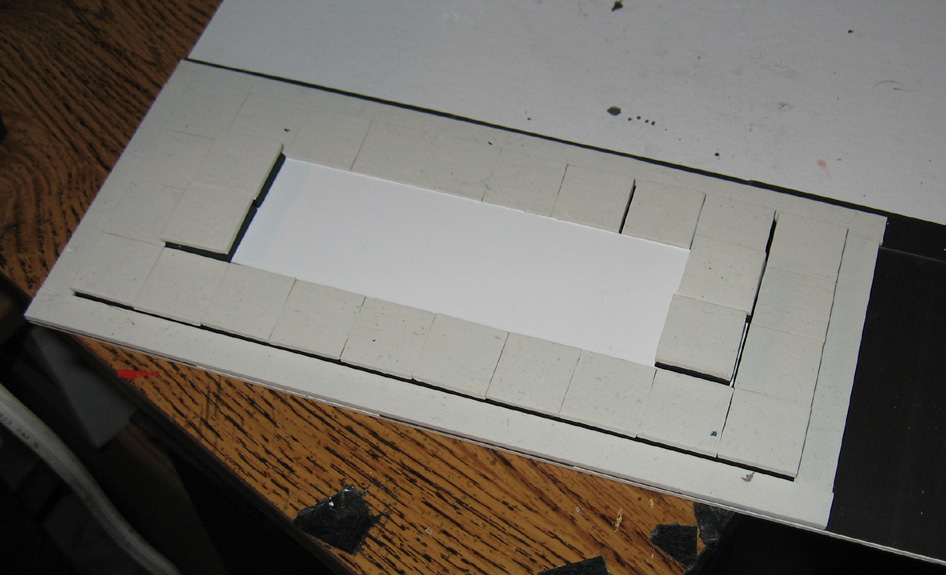 They start out fitting together all right, but the process of getting them glued onto the 20mm bases can make things go wonky... especially when you are trying to do bigger units!

In this case, I only had so many Tomb Guard.  To fill in, I wanted to have some glowing crystal pyramids flanking a statue of the false god (the Tzeentch god which tainted the army to begin with).

I used some leftover pieces of pink foam and foam board to build things up... I will also be magnetizing everything... 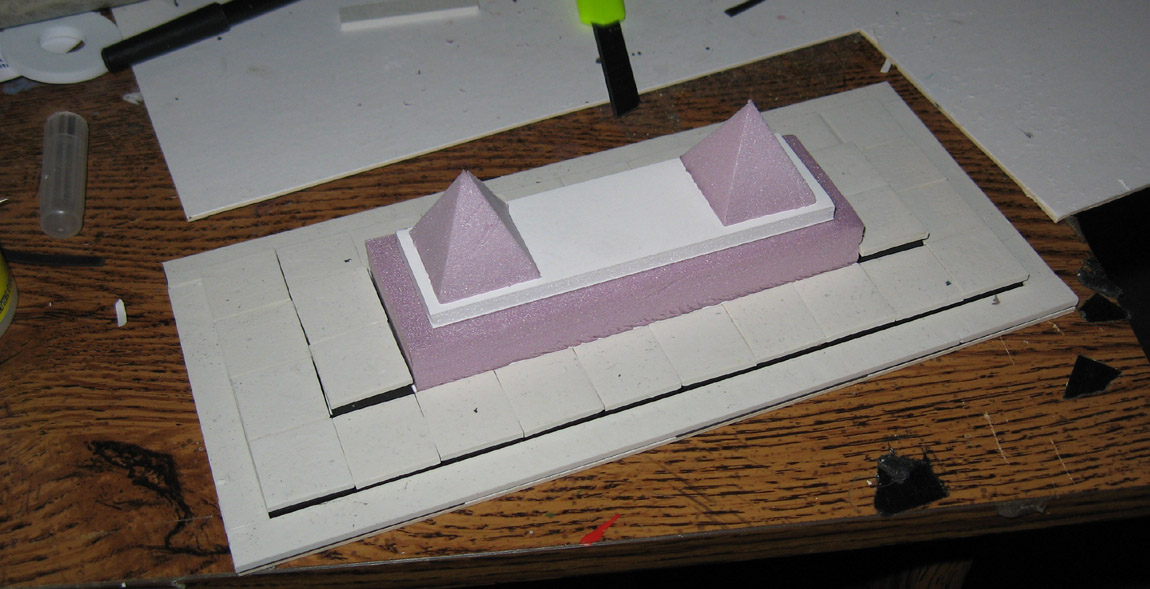 He was originally going to be seated, but he will be standing instead.  The wings have to clear the pyramids, and the feet would have gotten in the way as well. 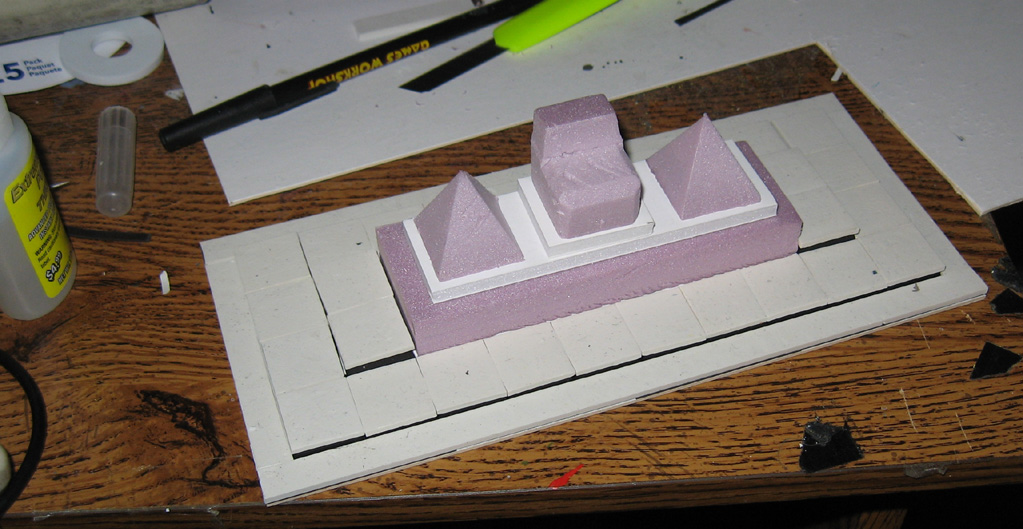 Posted by wappellious at 5:13 AM 2 comments: