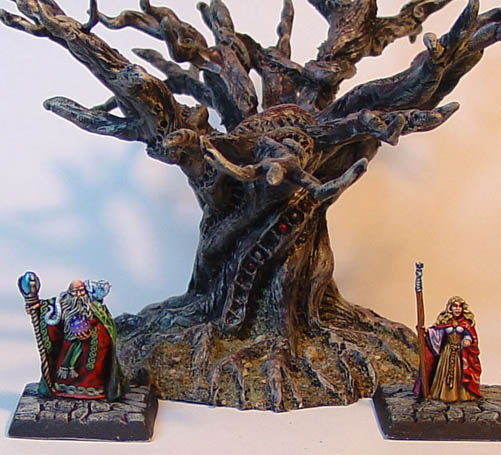 This was one of the very first things I ever tried to make out of sculpey.  I had done a few small treemen for blood bowl teams, but when our GM requested a Golthias tree for the big climactic battle of the adventure, I had to invent some new techniques!

I had been painting a bunch of twig blights as well, but this was the big deal! 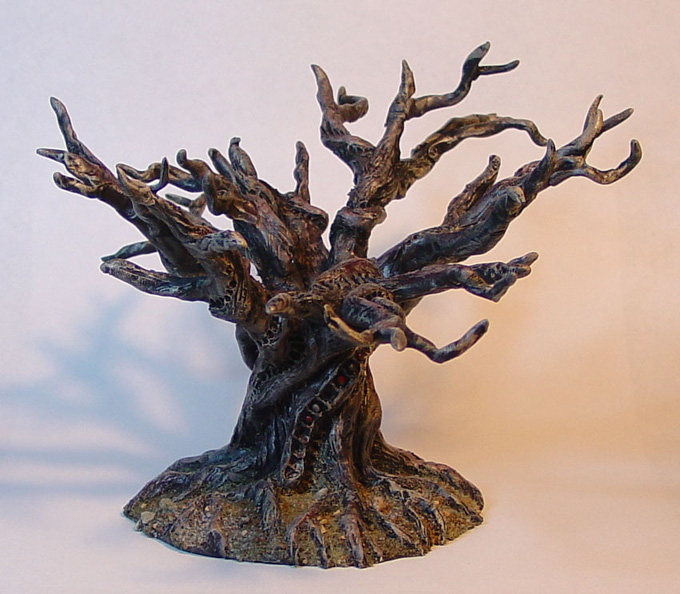 The Vampire Tree was set in a 3D world, complete with walls and so on.  We kicked all the players out of the room, and set everything up.  It created quite a sense of dread!  When they all walked into the room, they were amazed to see all the minis representing them positioned in the hallway. 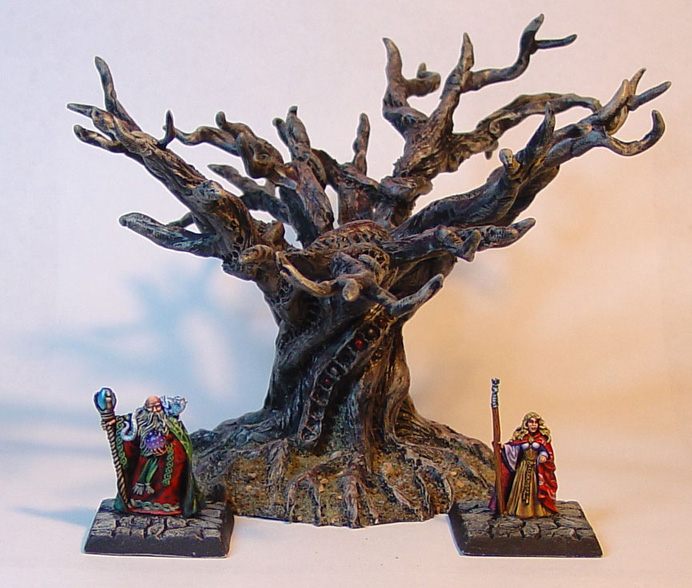 They had to negotiate around curves, with surprises around every one.  That was so much neater than simply drawing out the map, or even using those color cardstock 2D representations.  The bad guys were actually there, instead of just being plopped down onto a map or something. 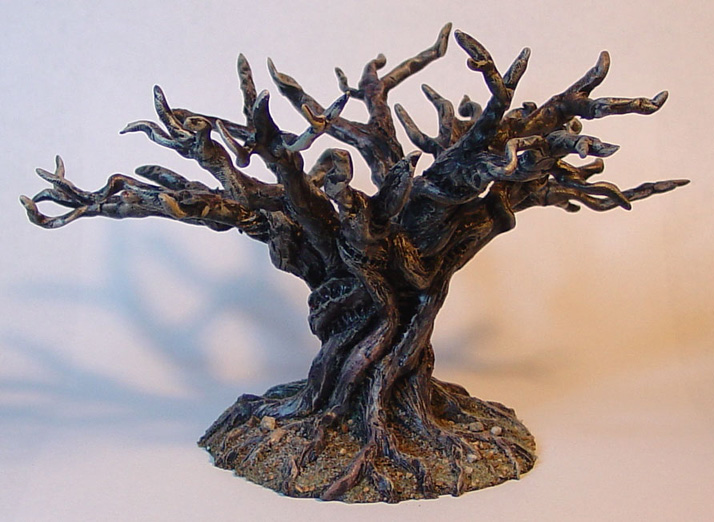 It was incredibly dramatic as things drew to a close, as one of the characters had been shoved onto the tree, and his life was sucked away by the Golthias tree, a little more each round!  He barely survived.  I had also painted a few special characters for this final battle, shown in the image above. 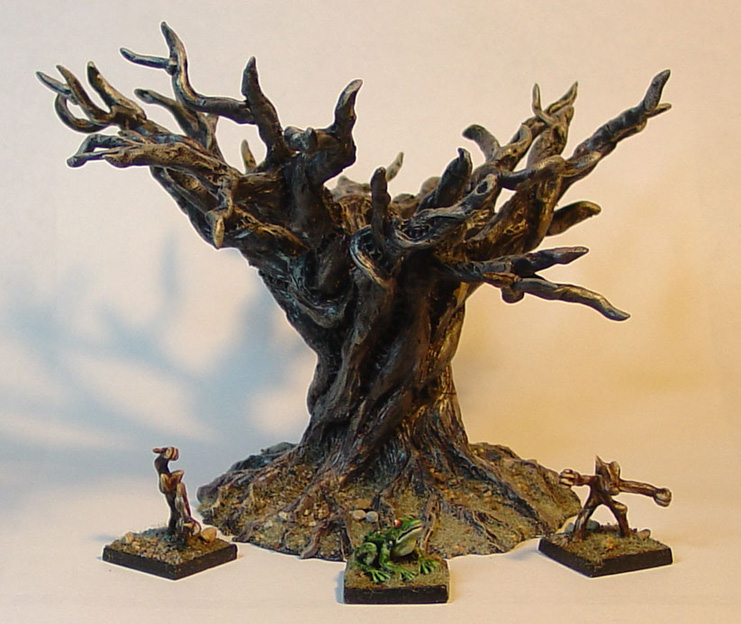 This just arrived today!  It's a huge monitor (at least for me), which will make so many things easier.  As you can see in this image of photoshop, I can have so many windows open!  At at full size.  Normally, I have to shrink the images down to create my multiviews.  I have even lost track of an image or two over time in the confusion. :-)

It will make filming and editing the videos a whole lot easier as well!!! 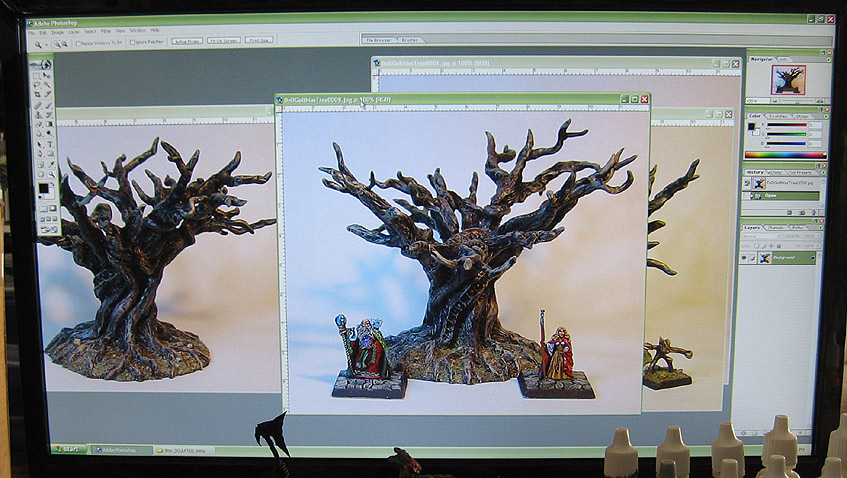 Posted by wappellious at 5:42 PM 2 comments: 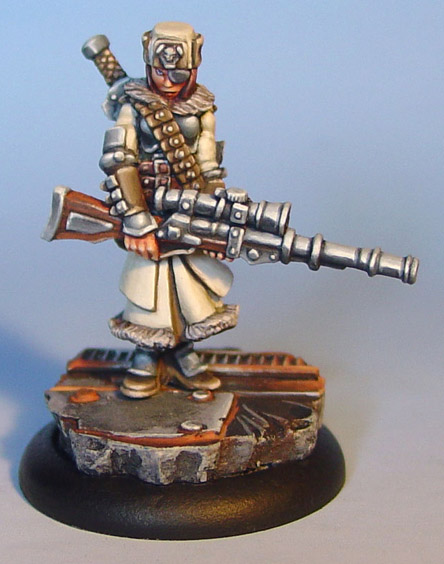 Here's another fun mini that was painted during that series of Privateer Press Iron Kingdoms figures.

I didn't know at the time what Khador even was... it just seemed like a fun figure to paint! 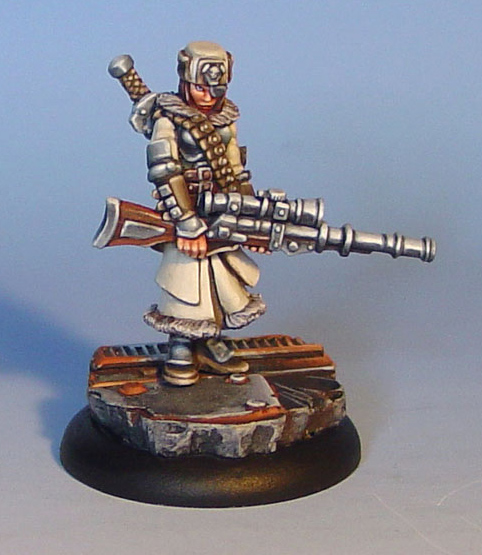 Posted by wappellious at 2:56 AM 2 comments:

This is my all time favorite figure from the Privateer Press line.  That is, until I get a chance to paint one of those really cool Raptor cavalry from Legion of Everblight!

I have painted this figure a few different ways, but this is always my favorite version. 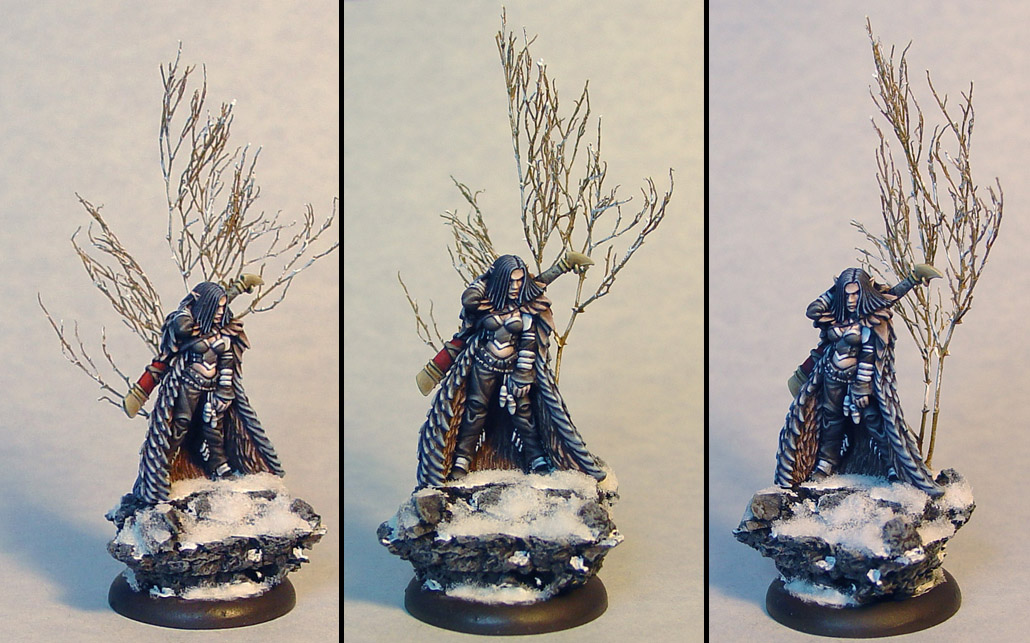 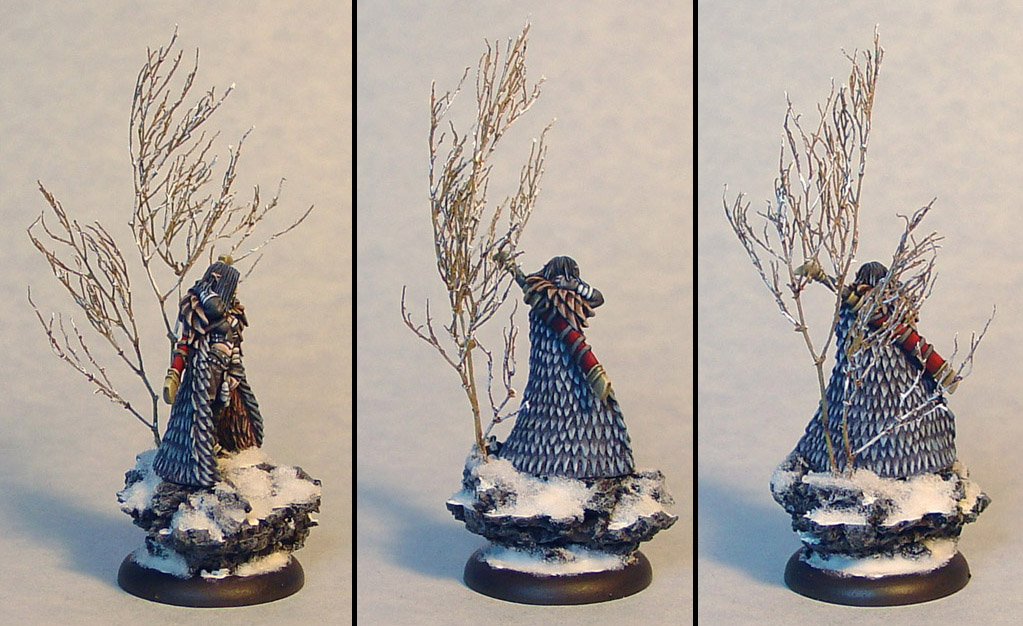 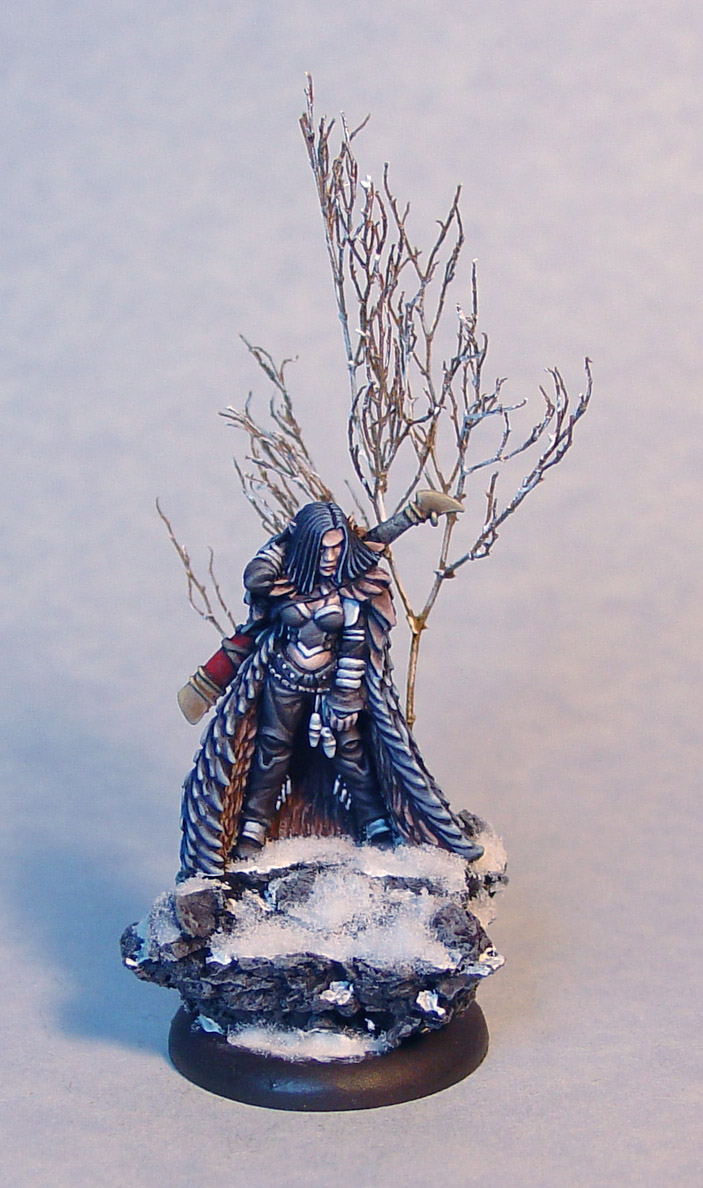