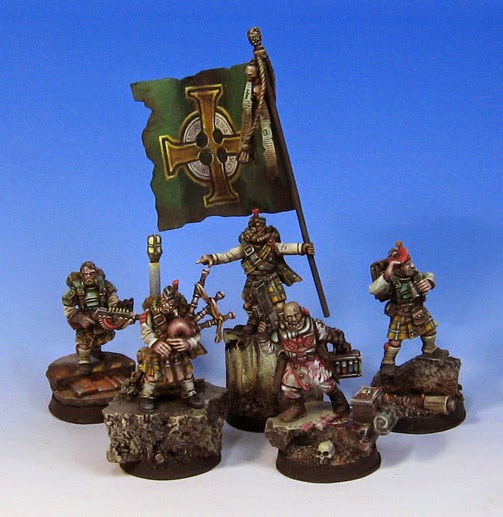 So, I promised group shots of the Command Squad.  Here you go!

They are created mostly from Victoria's Highland Moss Guard, but other bits were combined as well.  The medic is an older GW figure from the 5th edition boxed set.

The broken columns are from Secret Weapon Miniatures. 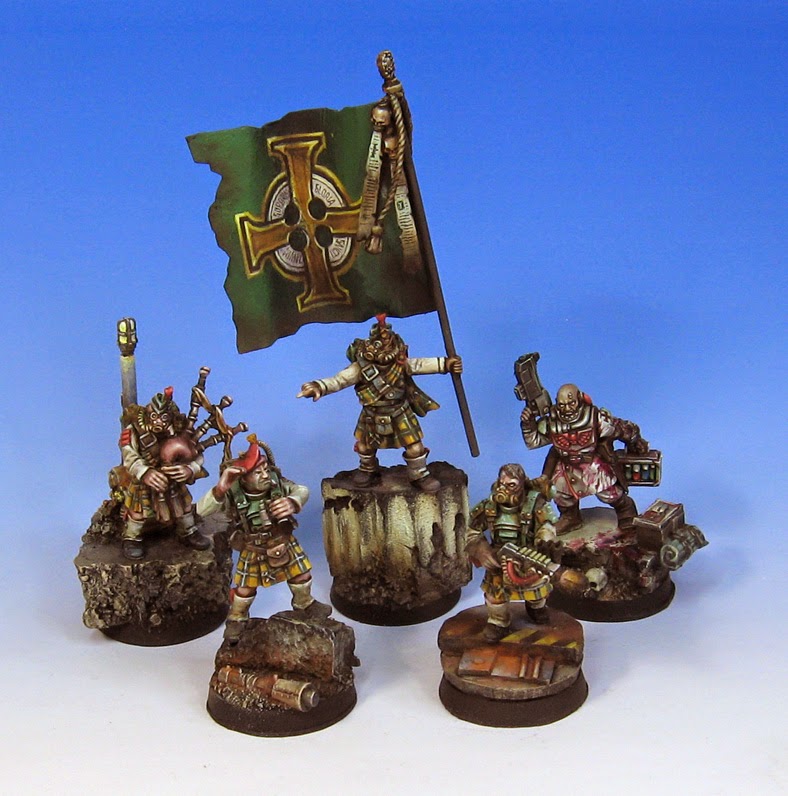 I really had a lot of fun with these guys.  While the regular troops are great to work with as well, you know that these command squads are the place where you can go wild with conversions, bitz, and so on! 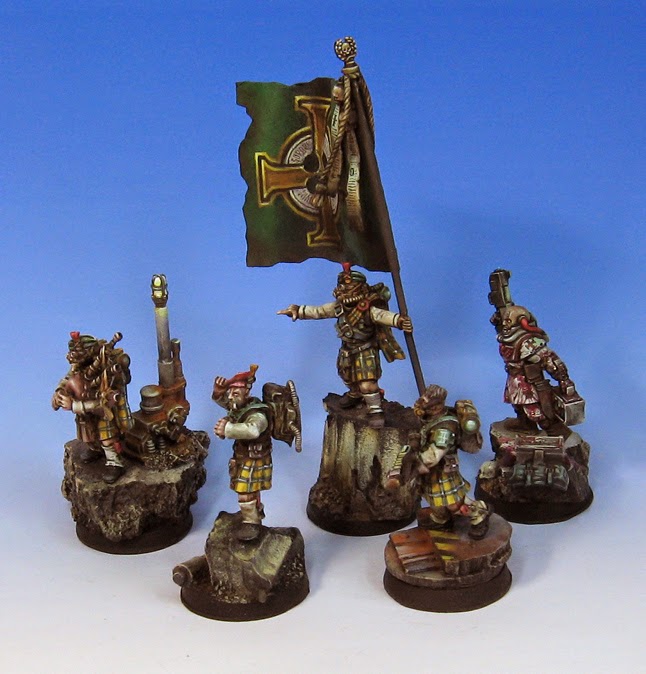 These are the only 5 figures with this Tartan pattern, which means they won't get mixed up in a scrum... especially the ones not carrying a huge flag! ;-) 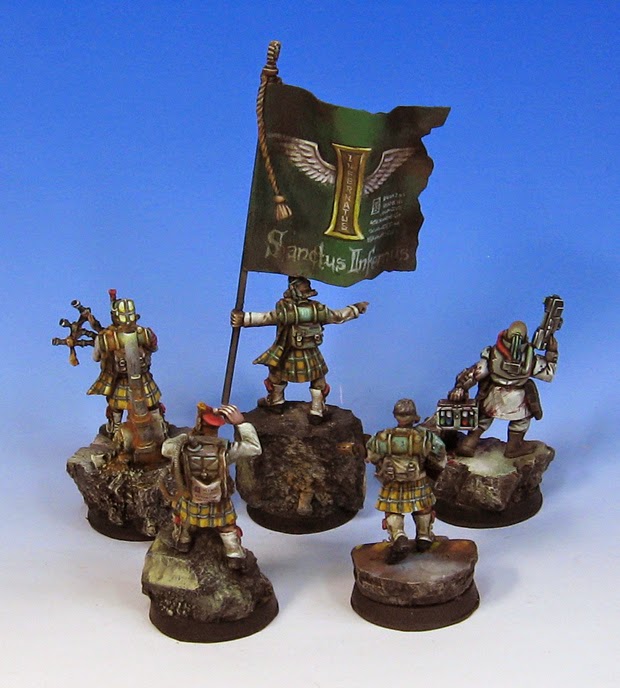 Let's just hope they are effective out on the table as well! 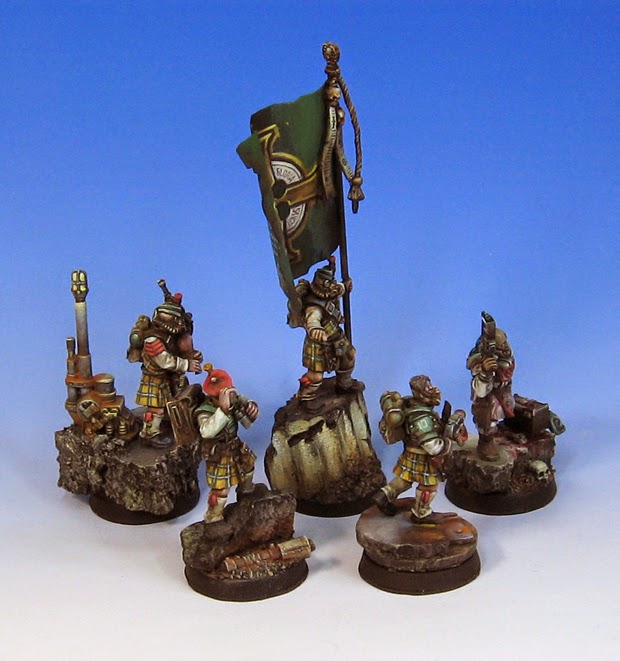 I look forward to creating more additions to this unit.  Or make a higher ranking squad with astropaths and ordinance chiefs, etc. 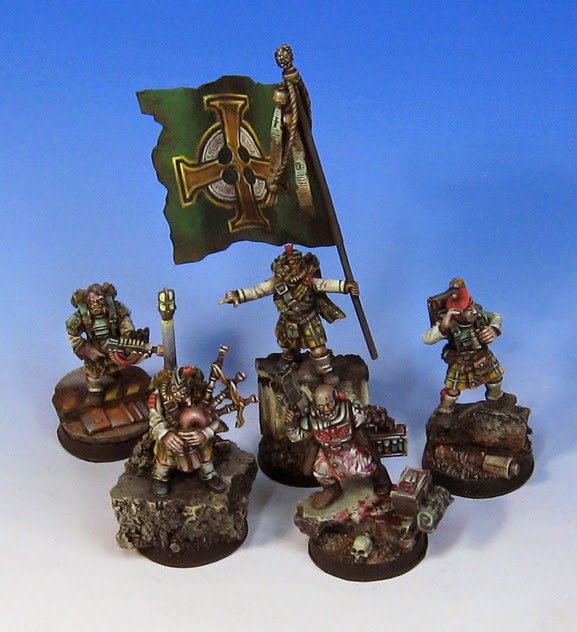 Time is just about closing down for Adepticon.  Wish I had more, obviously... 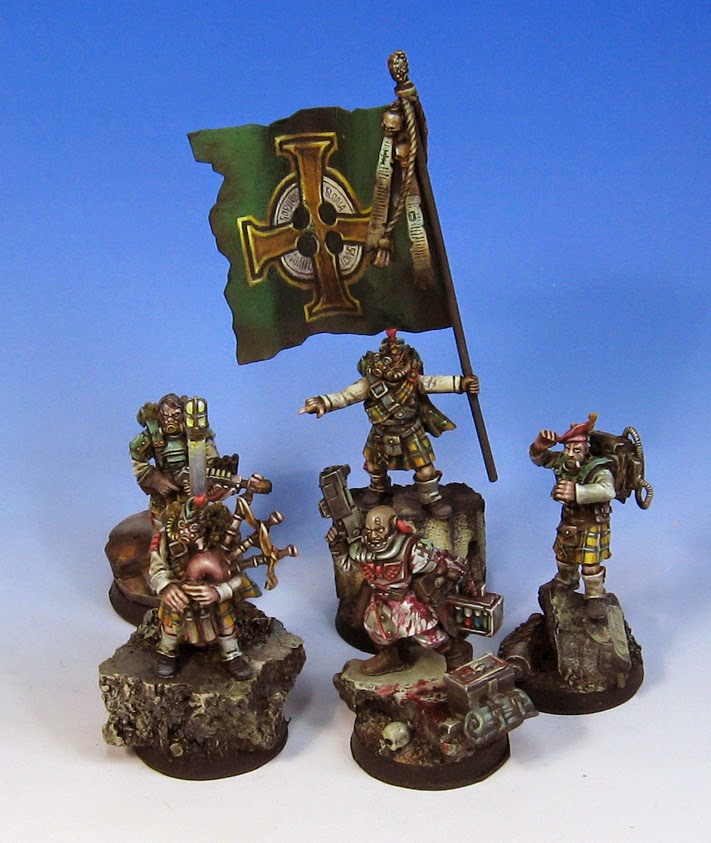 On the Wings of Angels 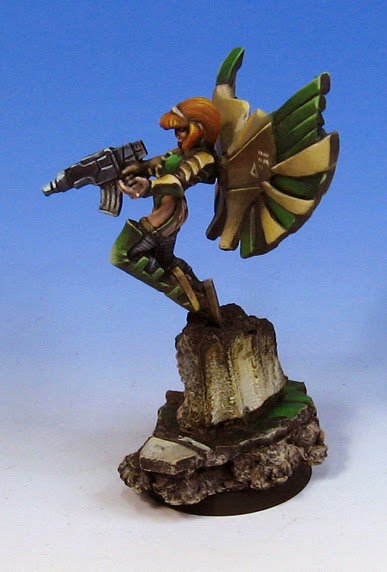 For a very long time, I have been saving a batch of Urban Warfare Archangels to use as Seraphim.  I did a little conversion on some of them, such as this one.  Just a little arm swap.

I have had to do a bit less of the snazzy stuff that I wanted to do, but time is just not there!

I used a chunk of the Secret Weapon Broken Column set, as well as a bunch of powders.  They were not just used to create weathering or exhaust... I used them to do a little painting as well.

If your work it right, you can smooth out blends, or get some interesting color variations without having to go through lots of paint mixing!

Posted by wappellious at 2:35 AM No comments: