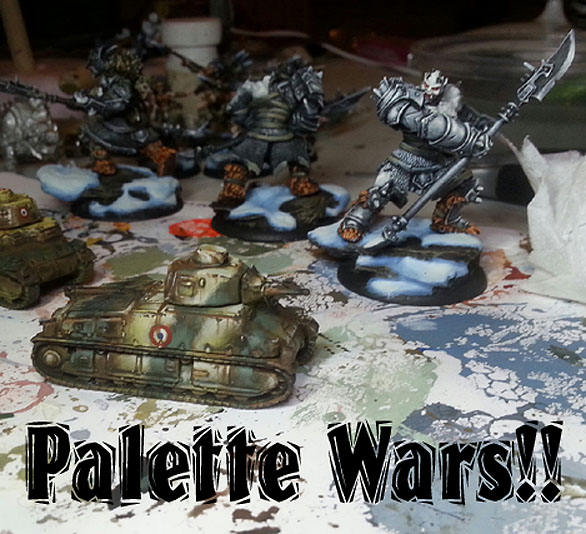 There are times where anyone who does this has immense frustrations and stresses going on... lots of stuff that just wants to distract you from the goal of painting.

What better way to assault that frustration than to douse it in the Flames of War!

I was provided with a number of French units for my own Flames of War quest, and painting a few of these tiny tanks seemed to be just the thing to freshen up the tired brain.

We are not quite sure which campaigns we want to do... strictly France '40, or dive into north Africa and the battles in the Mandate area.  Probably all of them!

As this little reference diagram shows, there are a number of different choices.  One thing that drew me to the French units was a chance to paint some very unusual markings and uniforms.  Well, at least not the stuff that you see so commonly. 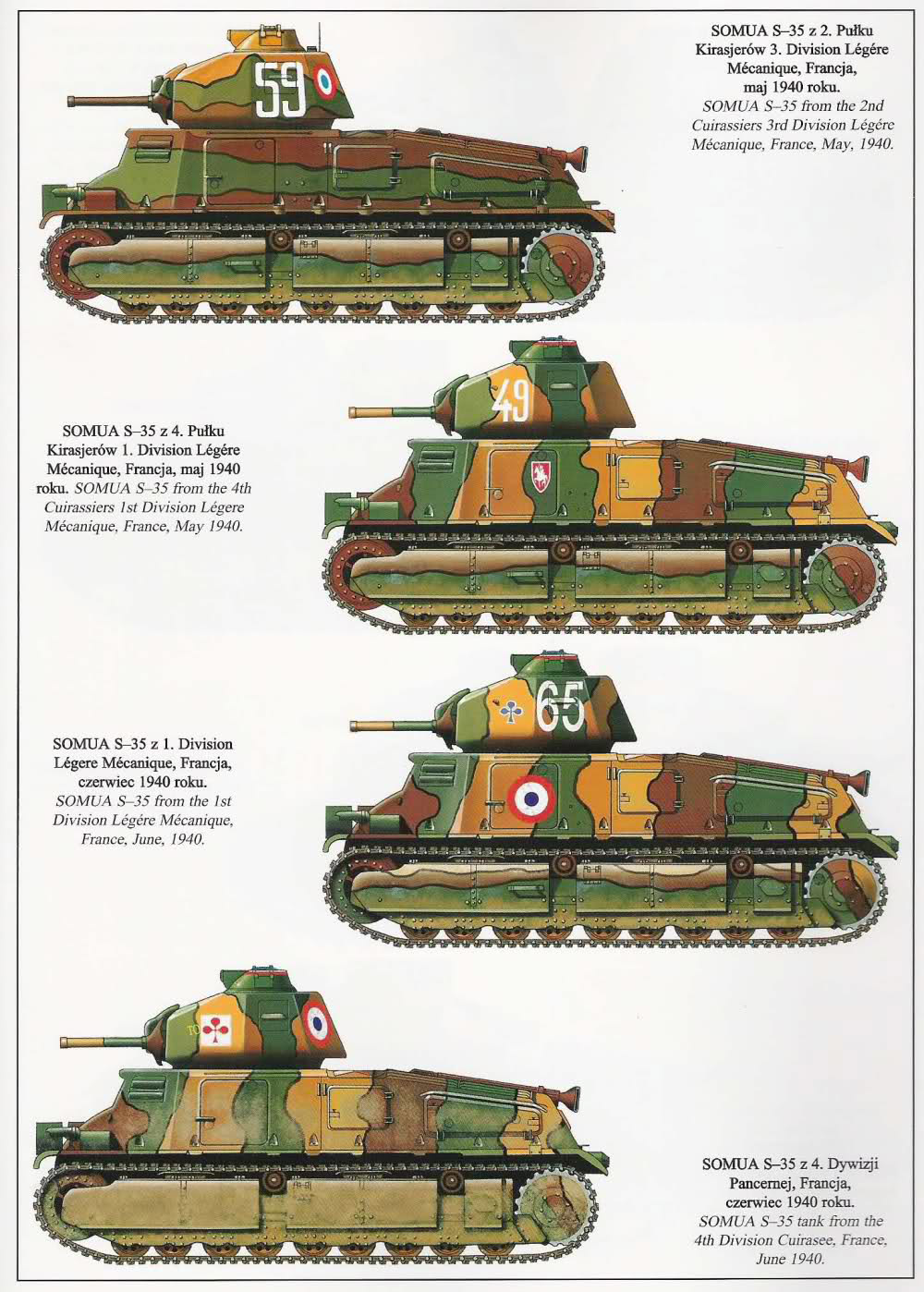 This version seemed like the best choice for a France '40, which is our most likely starting point. 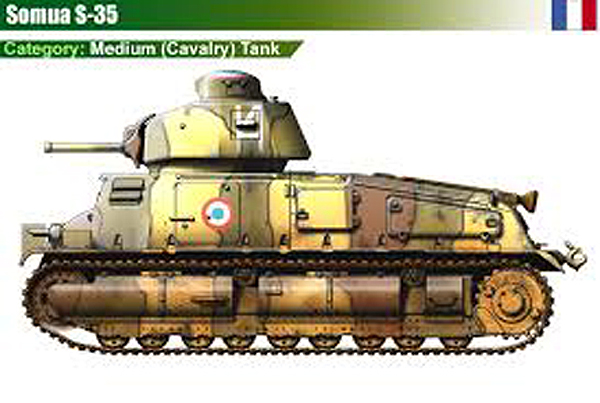 This one is very interesting though!!  Who knows what you will see eventually :-) 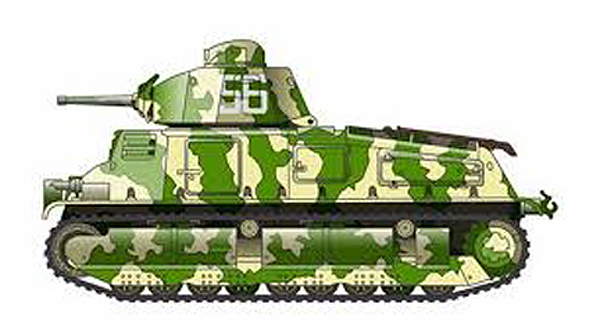 As I already had most of the colors out on the palette from other projects, it was time to slap some onto the Somua!!  However, it looks like someone is a little upset by its sudden appearance on the palette. 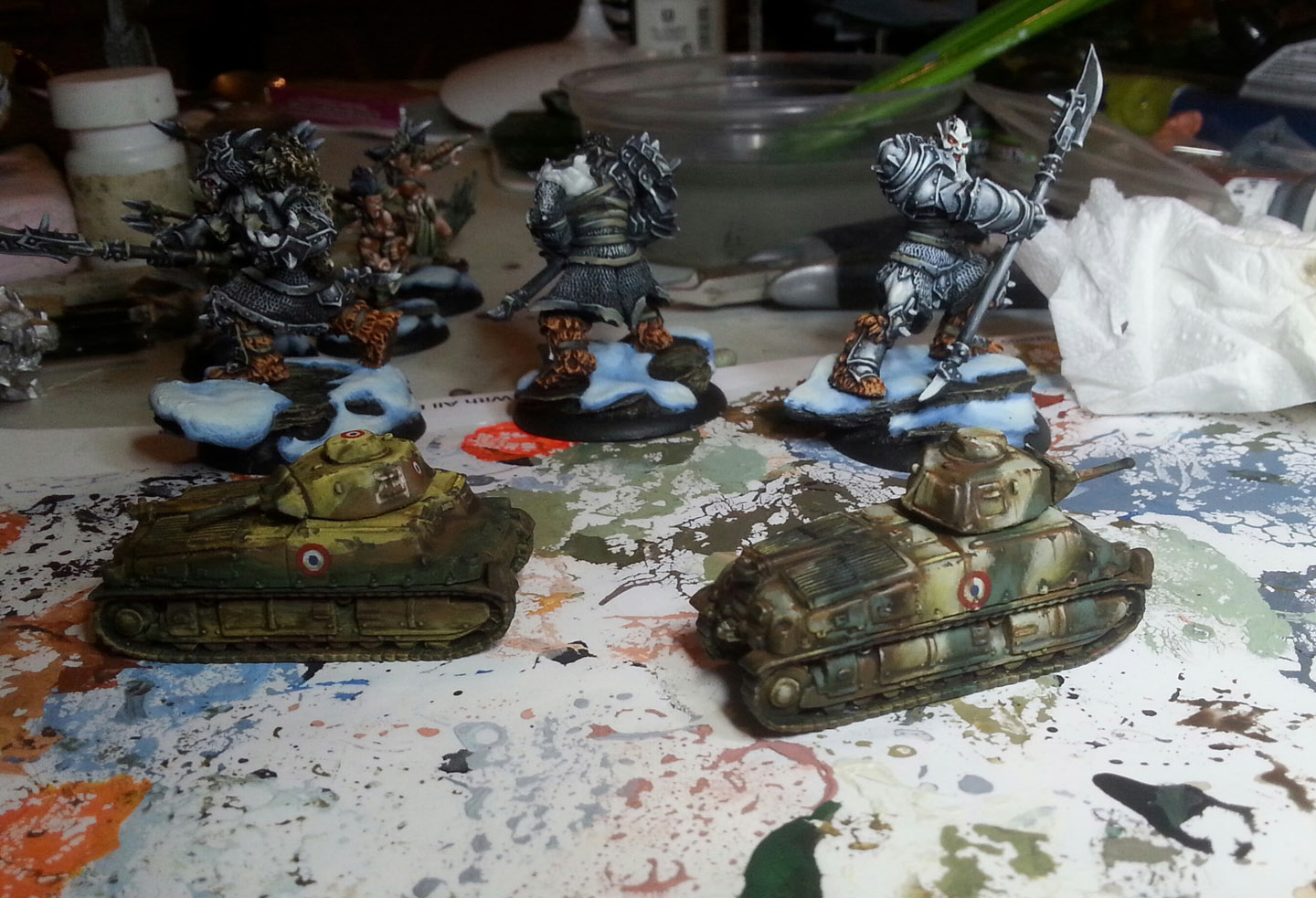 This is my turf, bud. 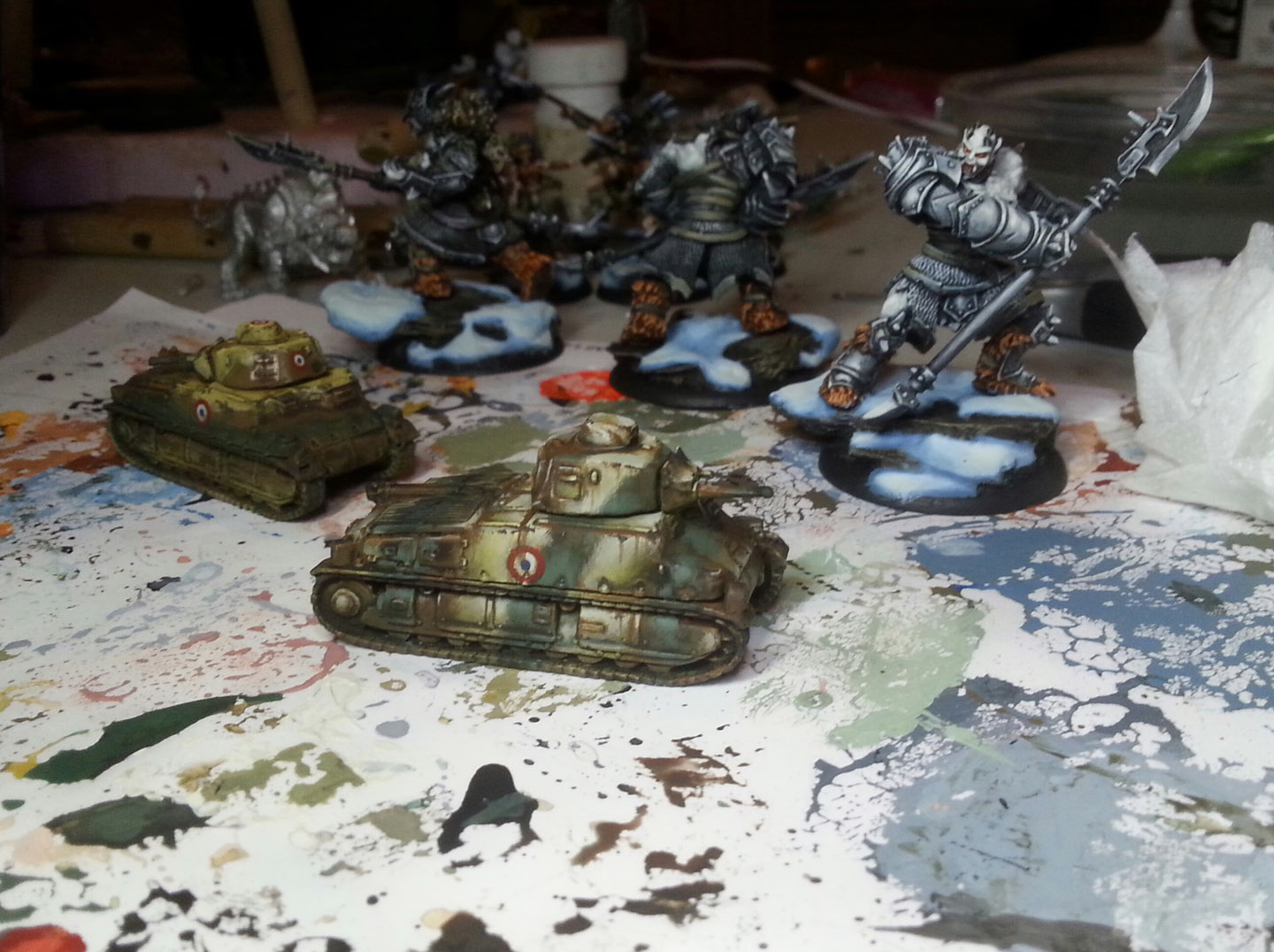 The Somua in the back will be more of a desert style, hopefully one that will work in a Morocco or Syrian campaign just as well. 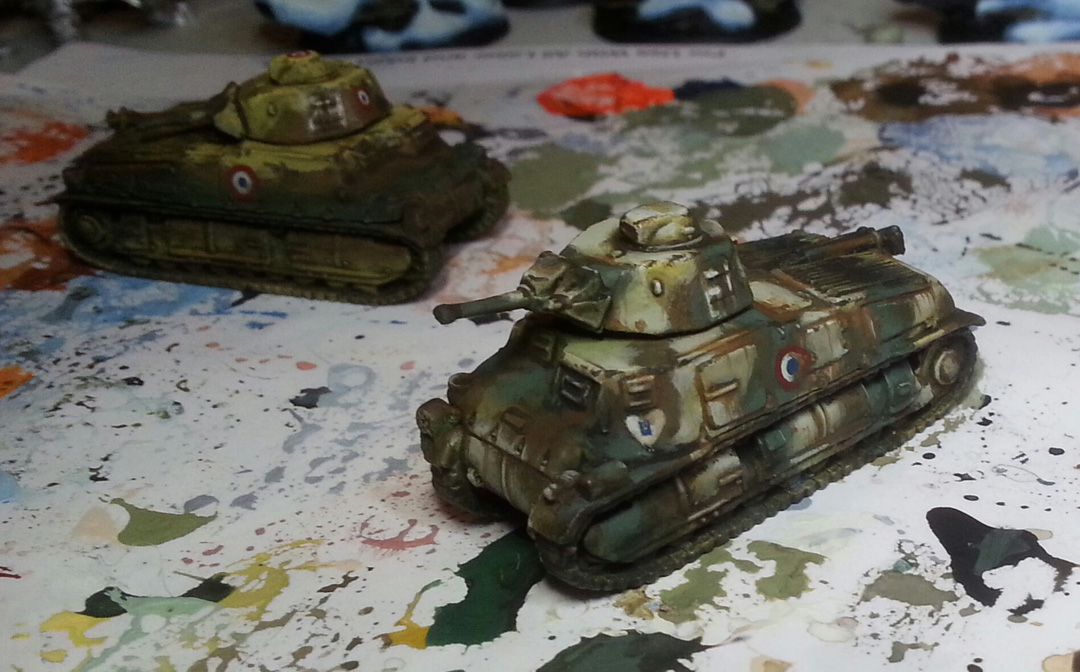 I don't have any of my weathering powders with me, so some additional touches will have to wait until I get back into the home studio. 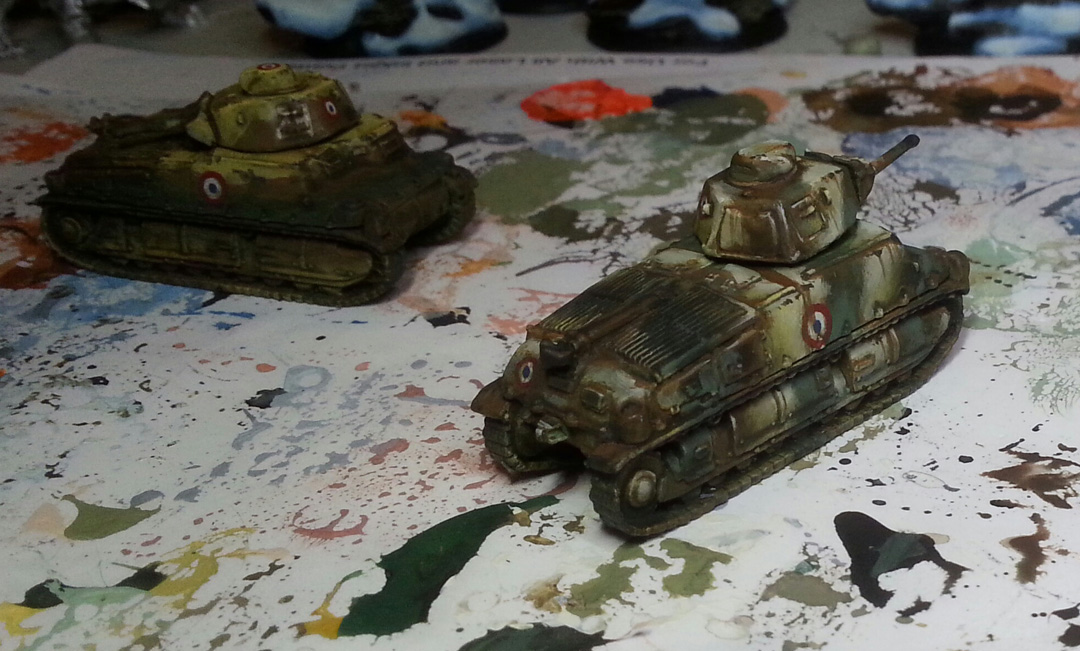 This really was an essential couple of sanity hours.  Instead of mashing ones face into the pile of broken glass over and over, turning to something a little simpler or simply different can truly rejuvenate you! 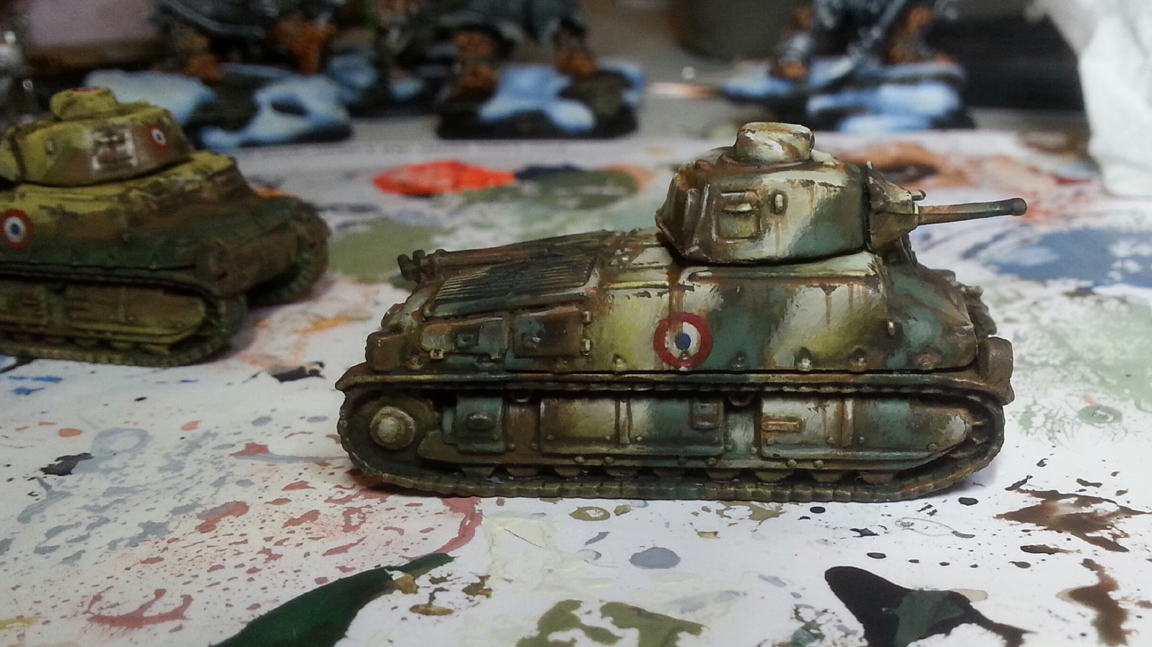 Once this little guy is finished, I will be sure to get you those pictures. 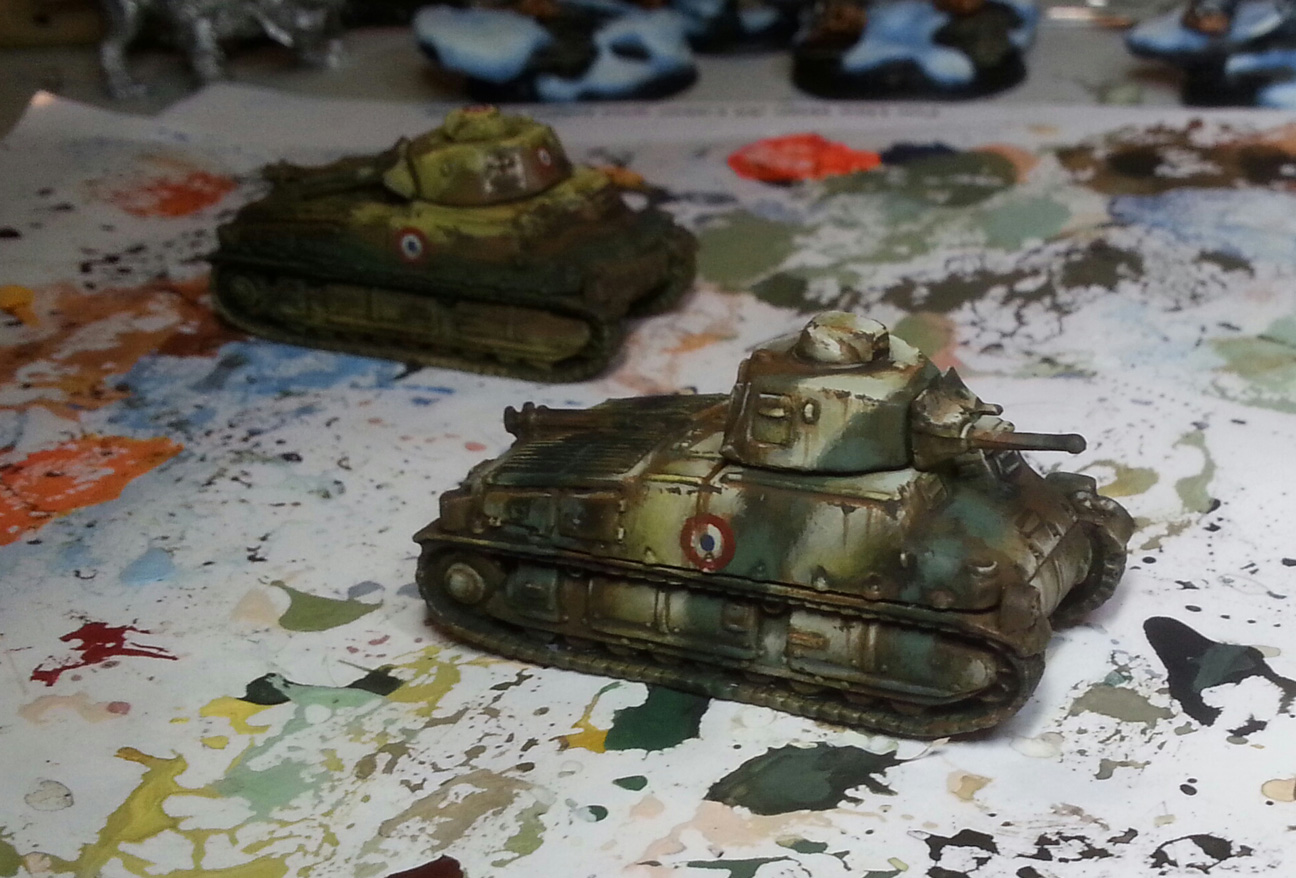 Posted by wappellious at 4:18 PM 2 comments:

And the Siren sounds! 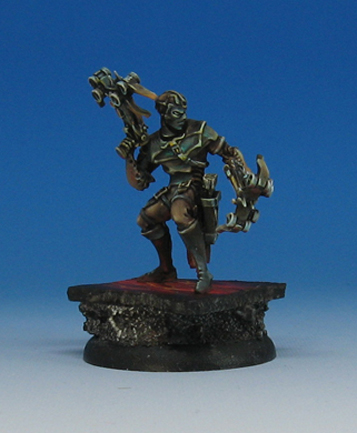 Hey folks!  Here's my version of a Siren Miniature, which is a line of action packed and finely sculpted figures. 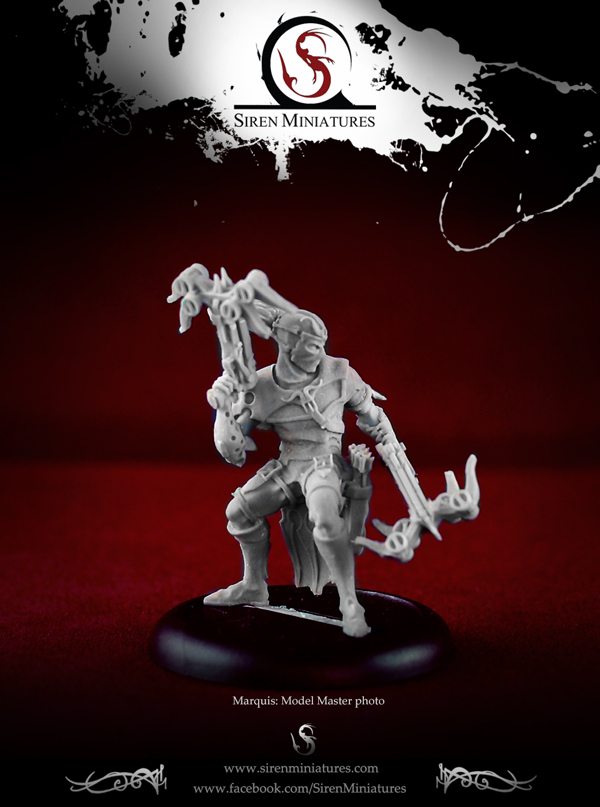 I left off the ponytail on my version, since it was going to match another character.  There are lots of fun little details on all of the Siren line.

As you can see, I went with a very limited palette here.  That was partially due to all the other colors that were already out there, as I worked on a number of different projects all at once.  Some of those were even going on 1/100 scale tanks at the time. :-)

I have a number of the dwarves, but I am also looking forward to some of the female characters and demonettes!

Posted by wappellious at 8:42 AM No comments: