A fly in the ointment 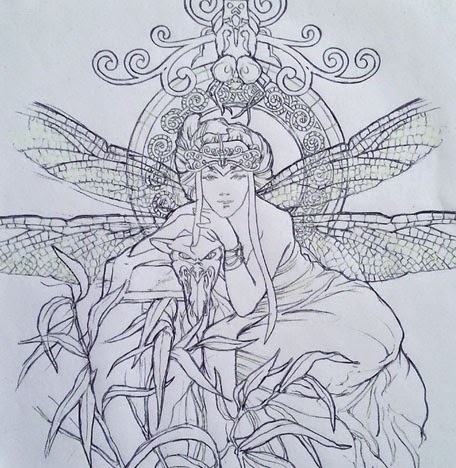 Years ago, I thought that I would do some Mucha inspired art with the help of a few mask designs by Judith Rauchfuss. 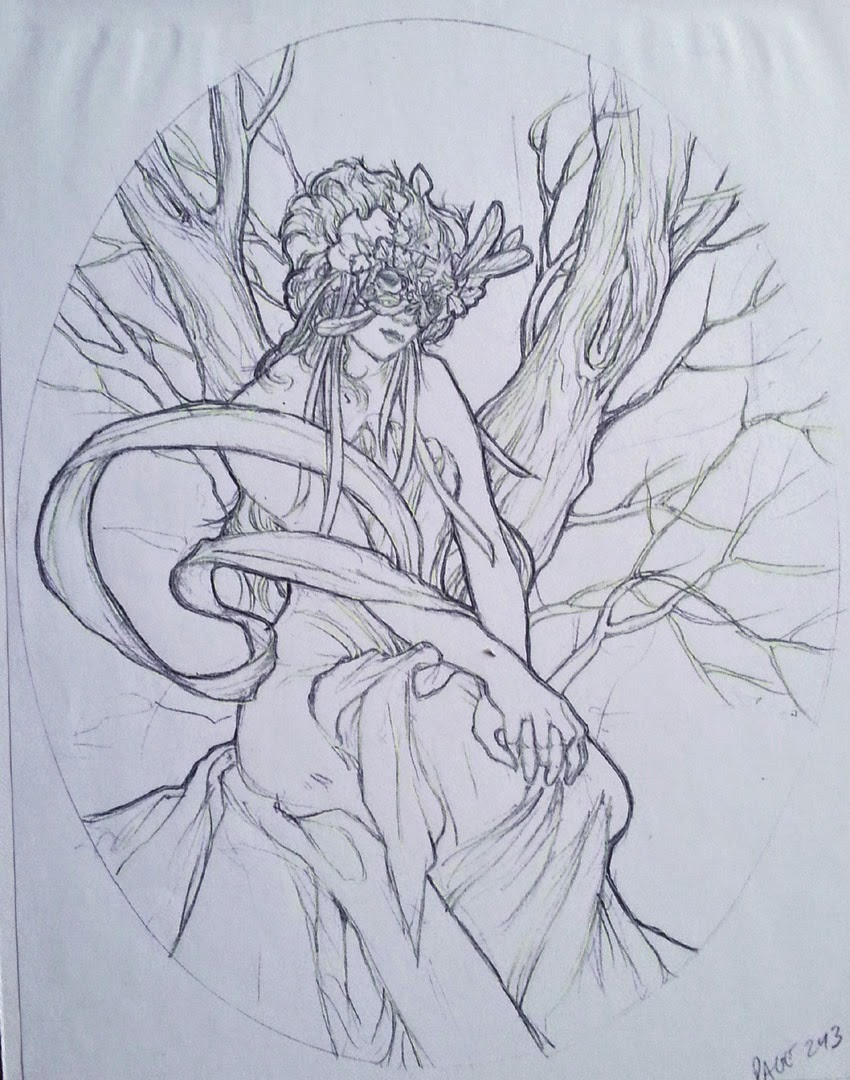 My favorite group of painters are the Pre-Raphaelites, but Alphonse Mucha is someone who I admired a lot.

The incorporation of the elaborate designs and text for his posters was masterful!  I still have some very large art books of his work.

I never actually got a chance to paint these, as they were right at the point where I switched over to miniature painting 100% of the time.  Early on, I had thought that I might try to turn these into miniature designs.

Once I realized how difficult casting was, that idea went by the wayside. 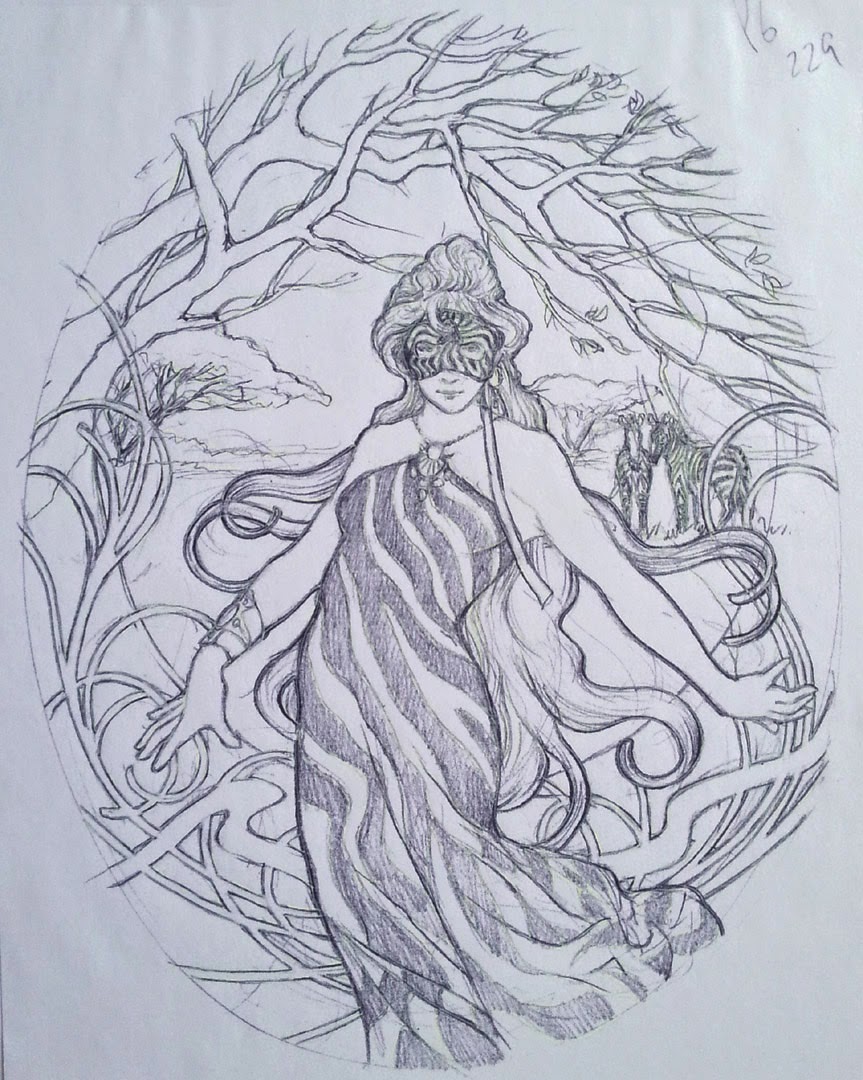 Once all the miniature painting (and all that went with it) took over, these fell further and further into the background.  I have completely forgotten about them for at least 5 years! 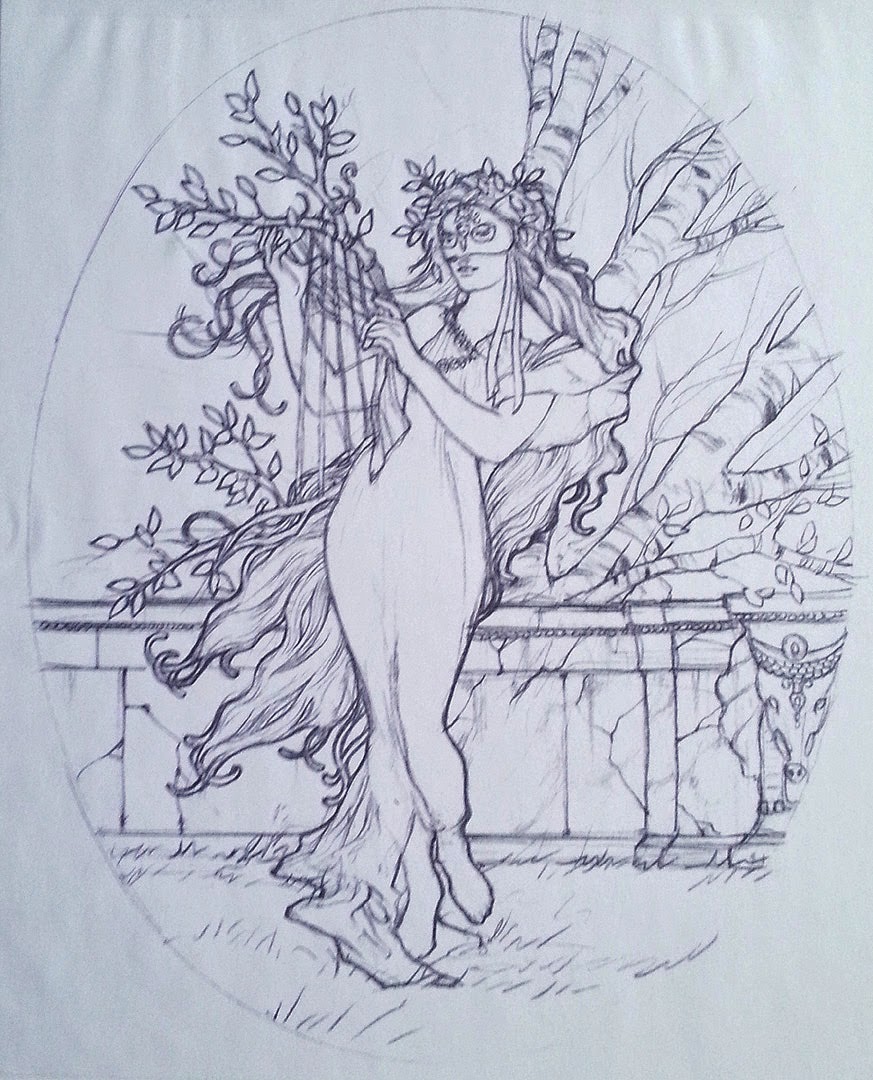 I ran across them yesterday looking for scrap mat board, if you can believe it.

Looking at them now, I still think it would be neat to turn them into sculpts!  Perhaps 54mm or 72mm. 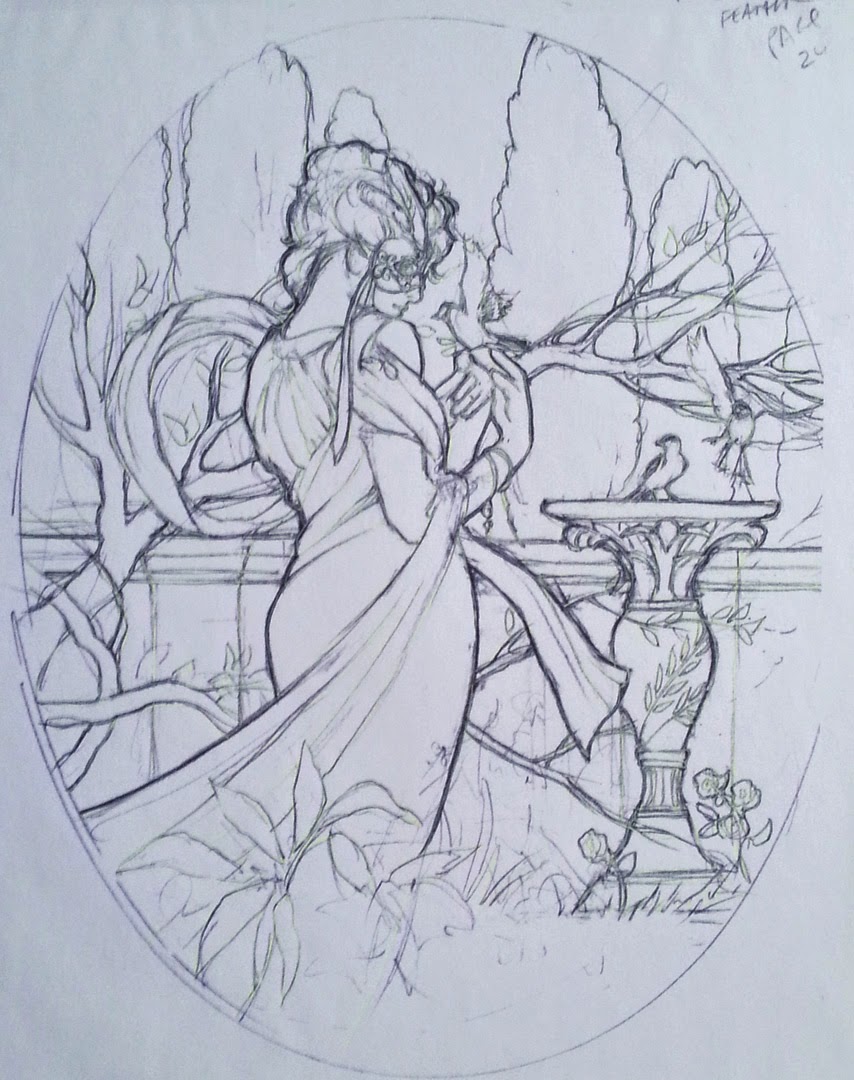 Who knows... maybe someone who knows far more than me about sculpting and casting will take on that project.  I know a few sculptors at Reaper that might do some fun things with these characters! 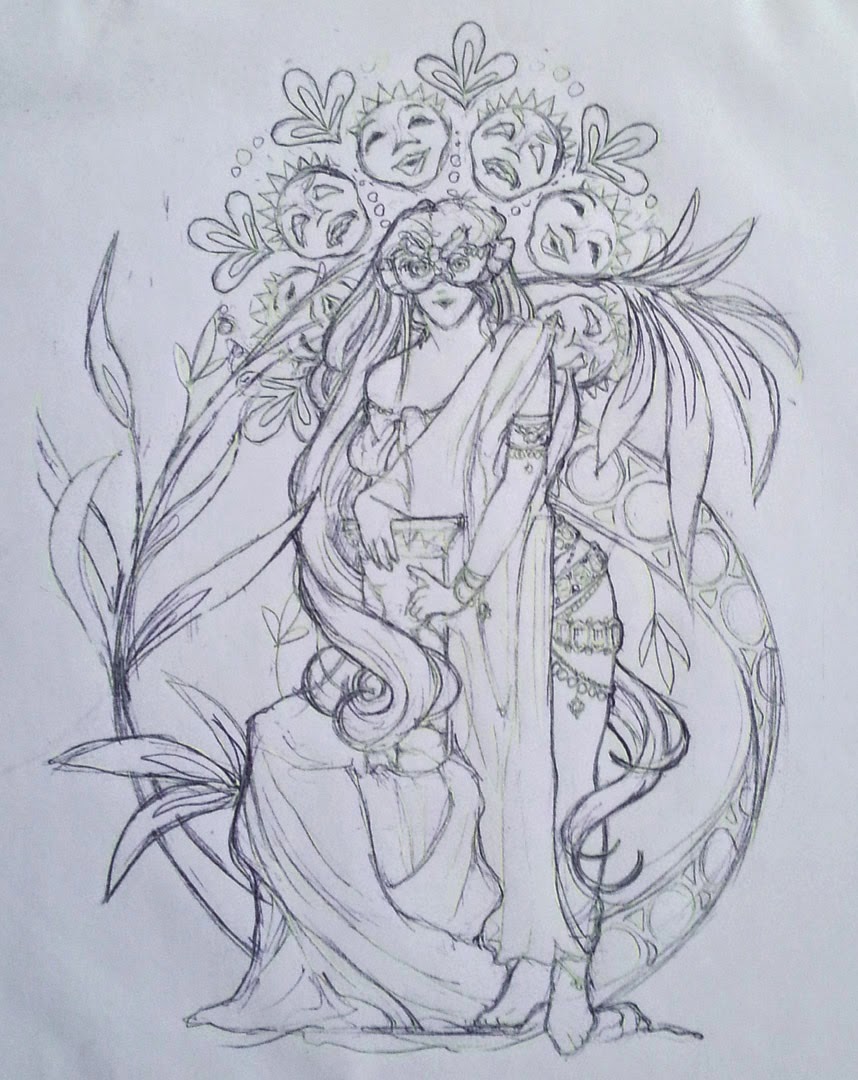 As it is, I am going to try painting these in the coming weeks.  I hope you don't mind me putting the WIP's on here.  As I have said many times, my approach to miniatures is exactly the same as my 2D art.

You will recognize the techniques and the basic principles right away! :-) 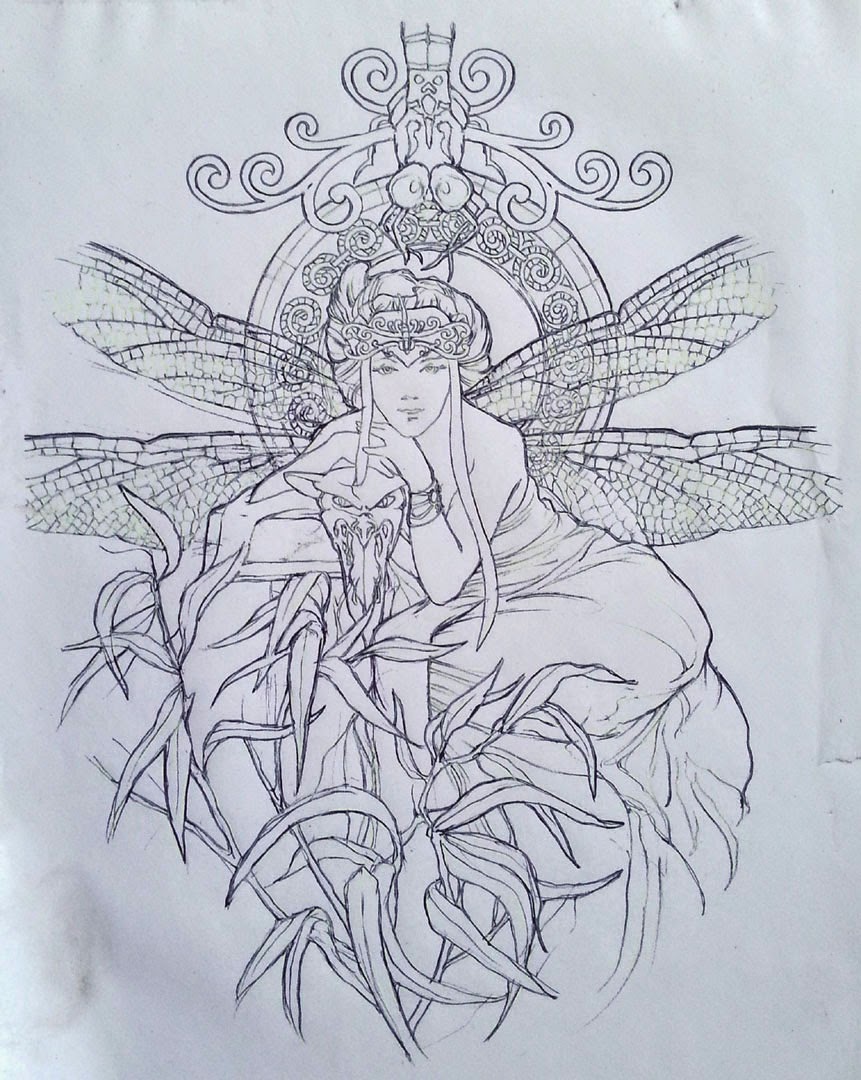 Perhaps I might have a few of these completed for Convergence!  Yes, I am going there with Cathy, and the goal is to have art in the art show.  Believe it!  And they would be all new as well. 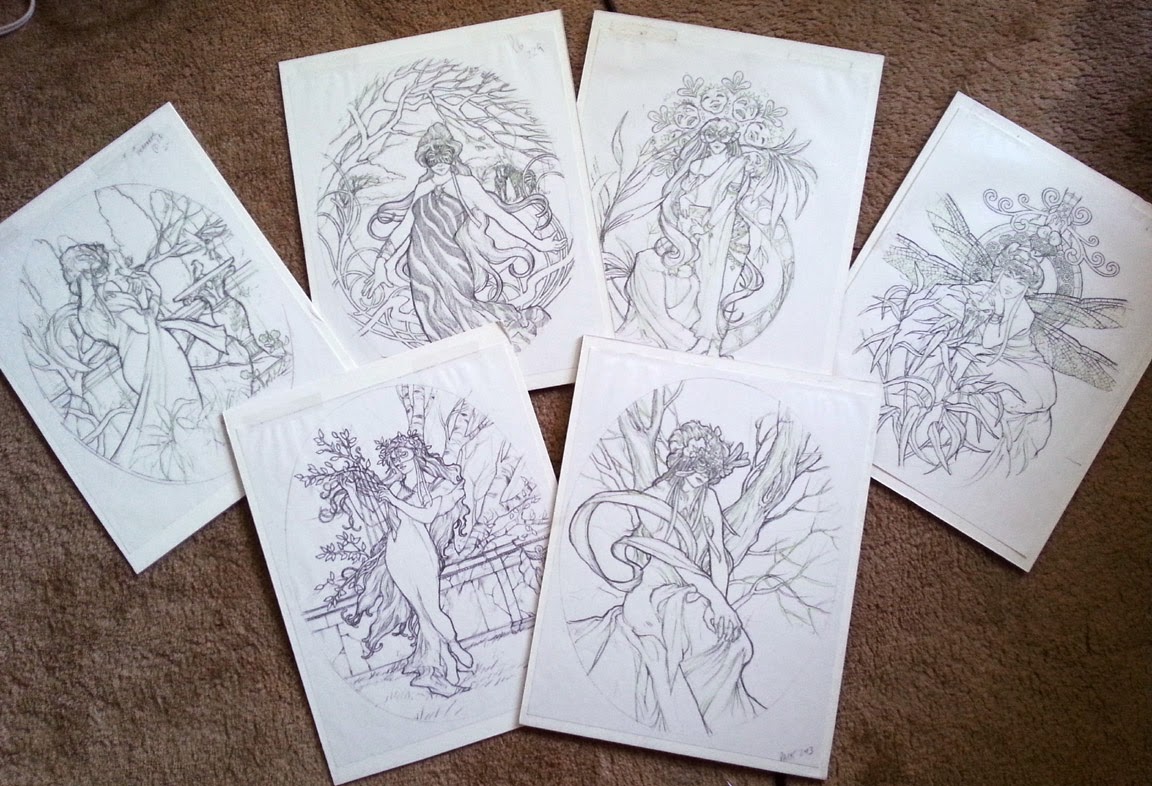 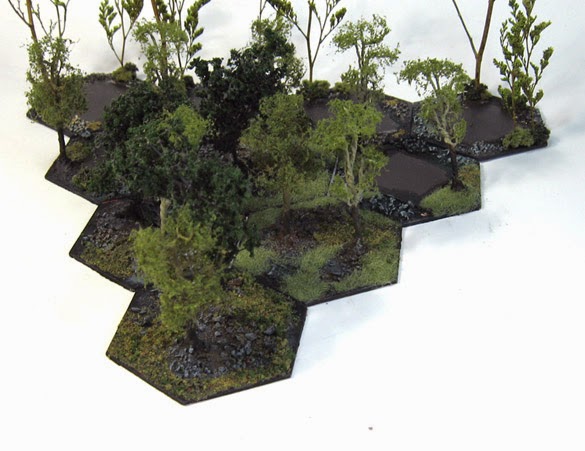 Back to the terrain hexes, and a bit of experimentation.

In addition to all the extra terrain pieces we needed to crate for the Western Front... I wanted to start trying out some ideas for Pacific Theatre terrain.  So, out come the aquarium plants! 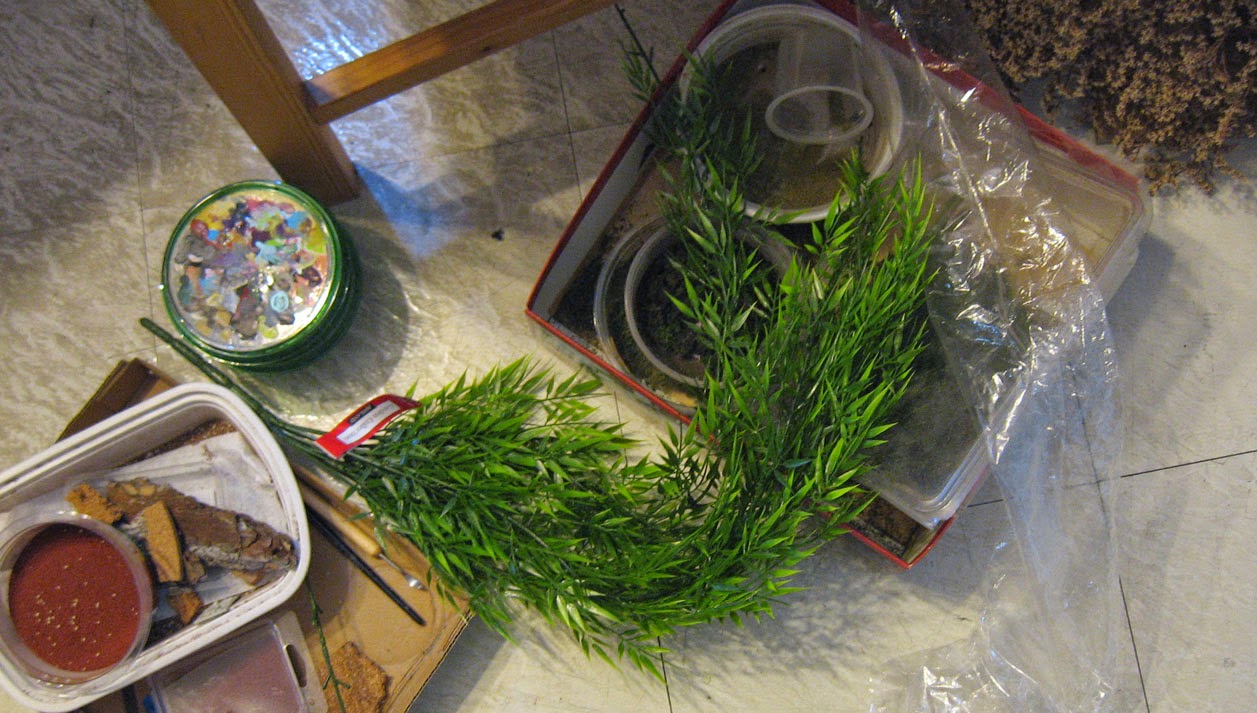 As I mentioned in a previous post, we have learned by experience that we needed to create 'generic' terrain for unoccupied hexes.  It was becoming all too frequent that I would move a unit in a forest piece into something else, like a Warhammer Fantasy unit on a movement tray! 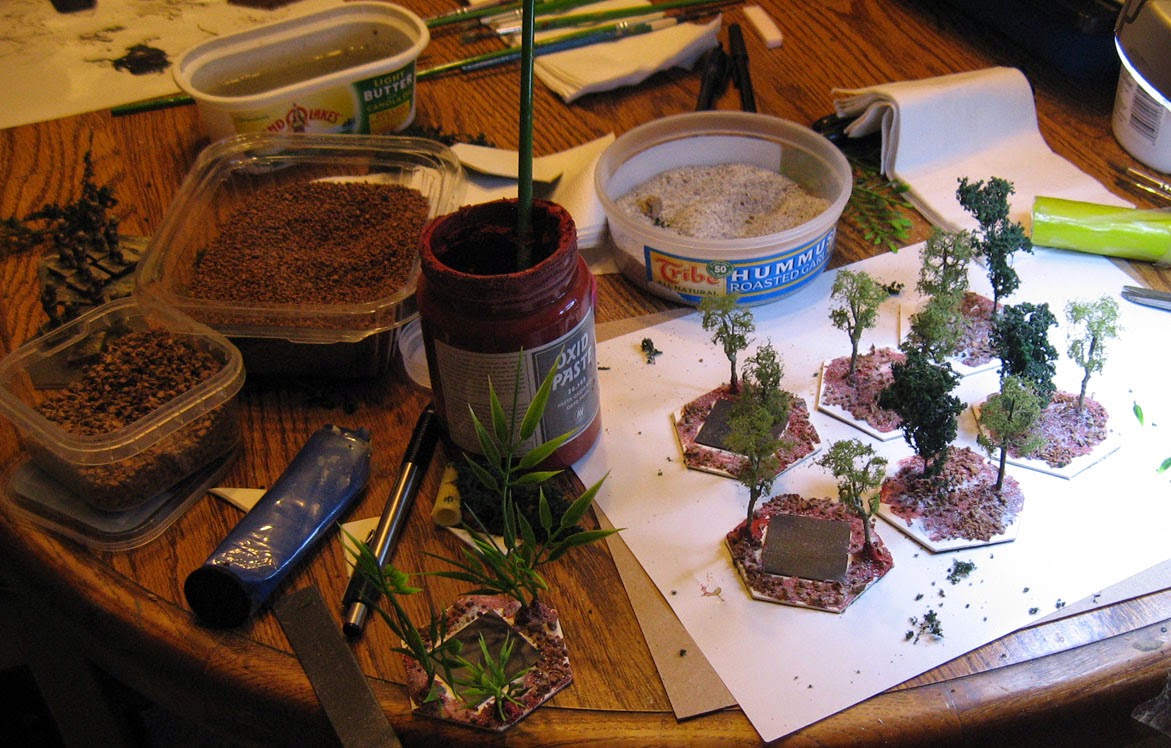 Rich had gotten some N scale trees, and we thought those could be handy for making general forest tiles.  I added to them with some Woodland Scenics realistic foliage. 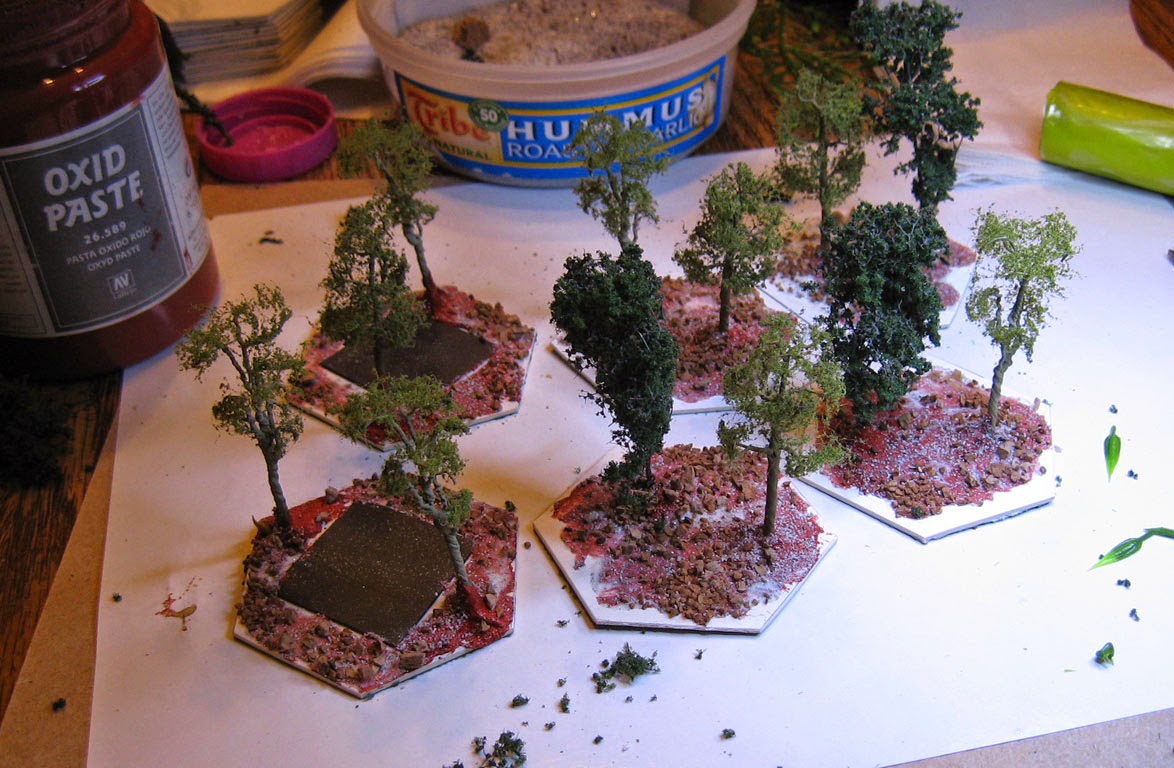 Fooling around with Jungle hexes! 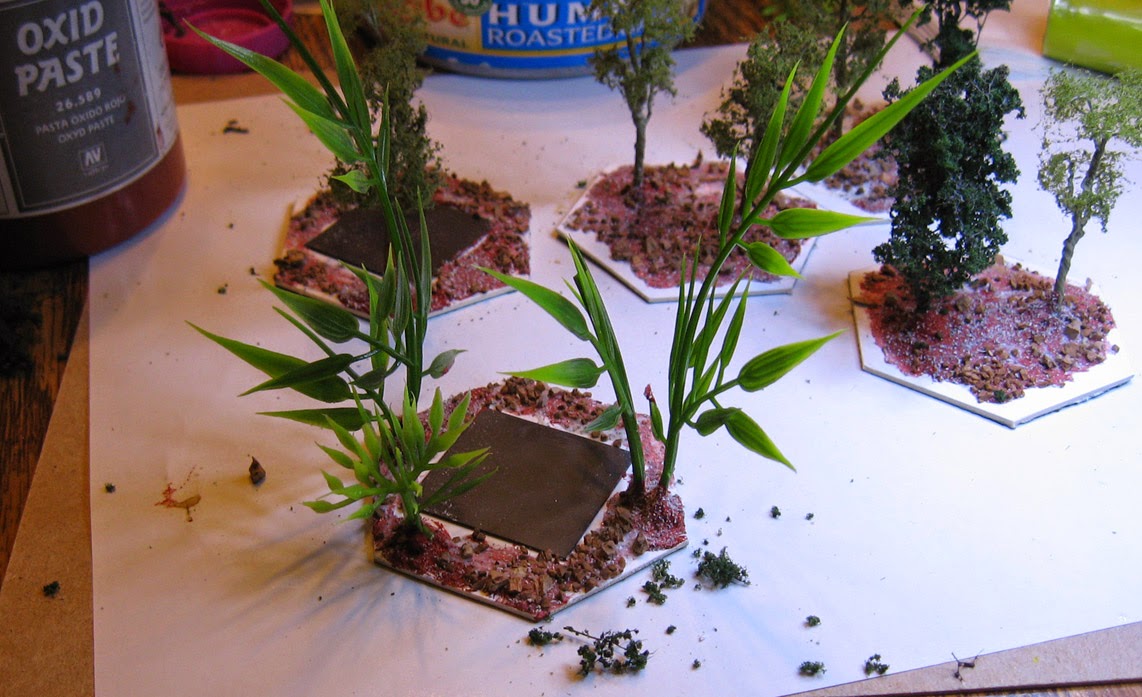 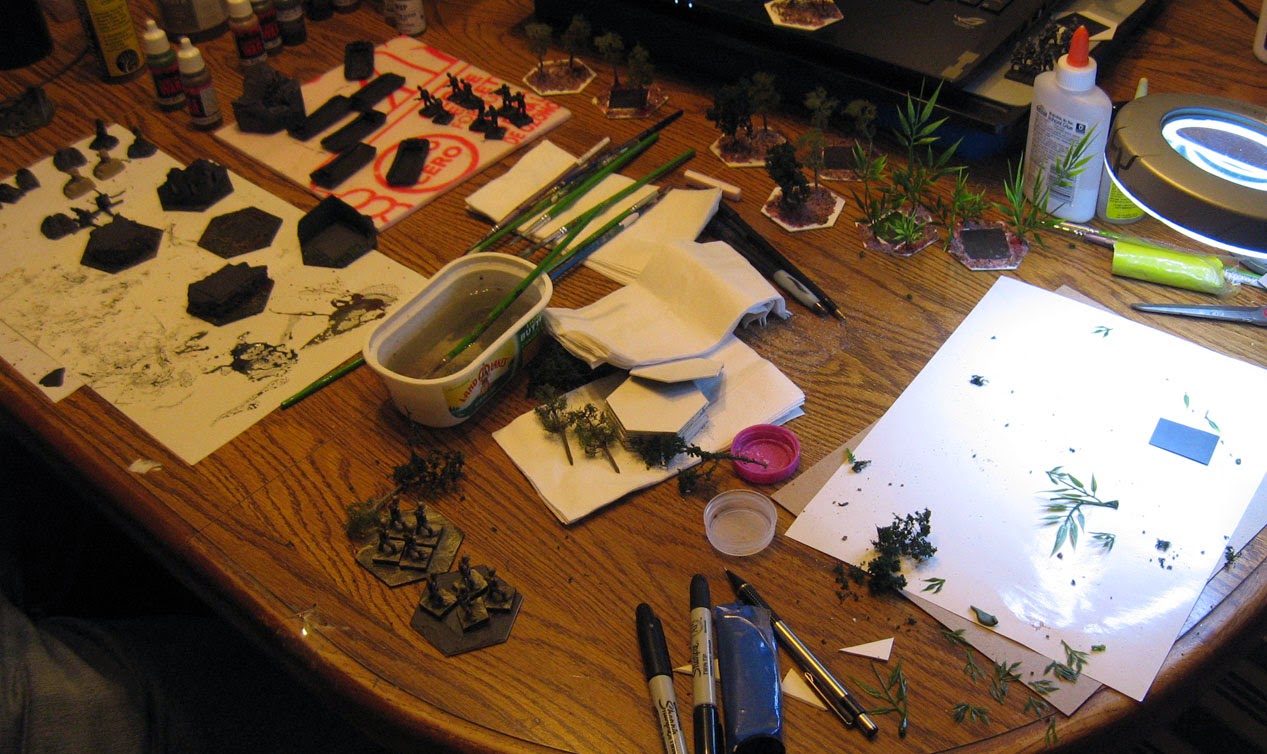 Painting the hexes... trying not to make them warp too much.  Using a lot of oxide paste instead of watery glue seemed to help. 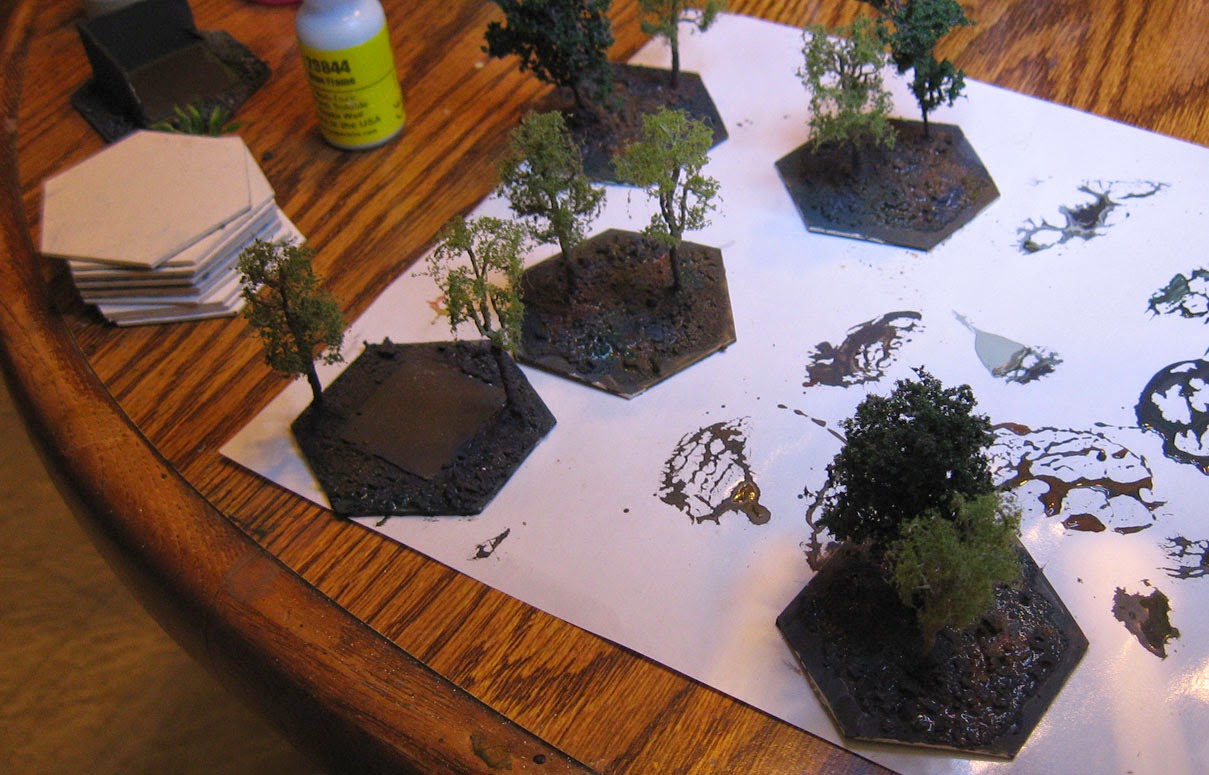 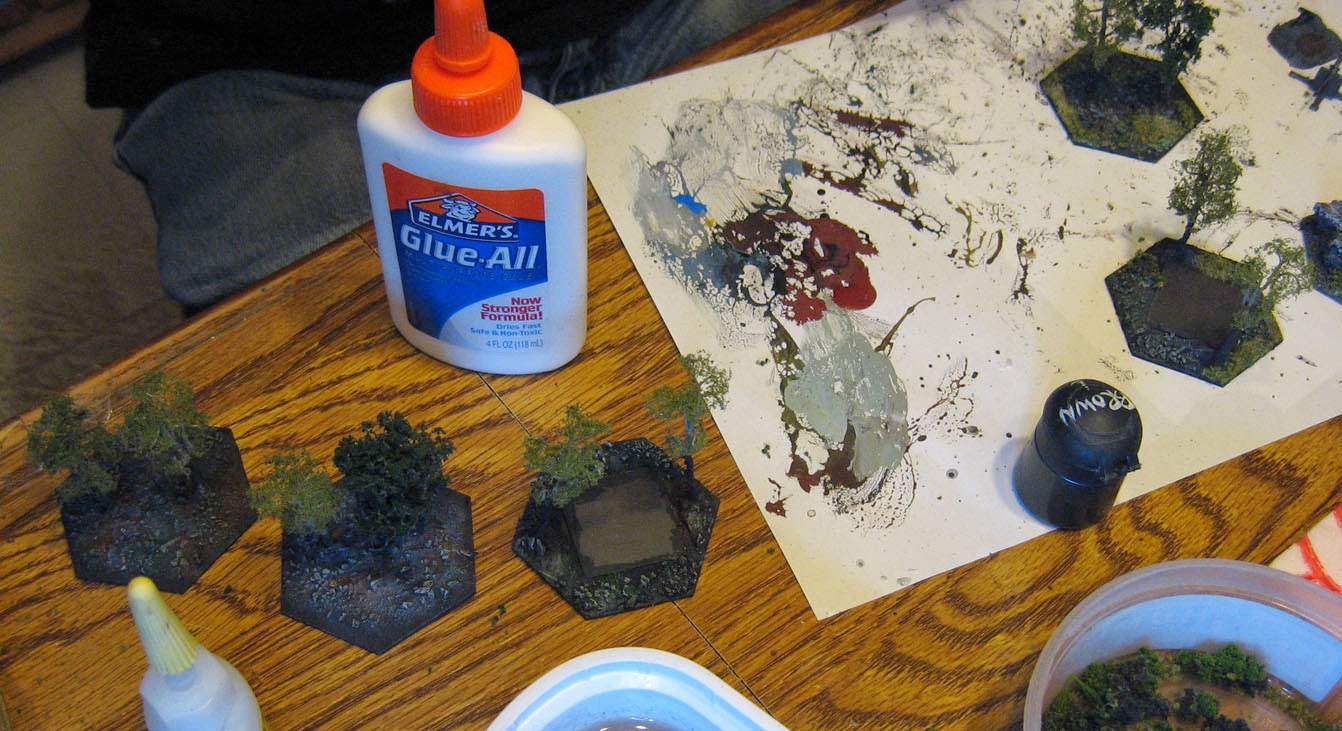 Ah, yes.  clumping foliage, which tends to clump on my fingers via super glue! 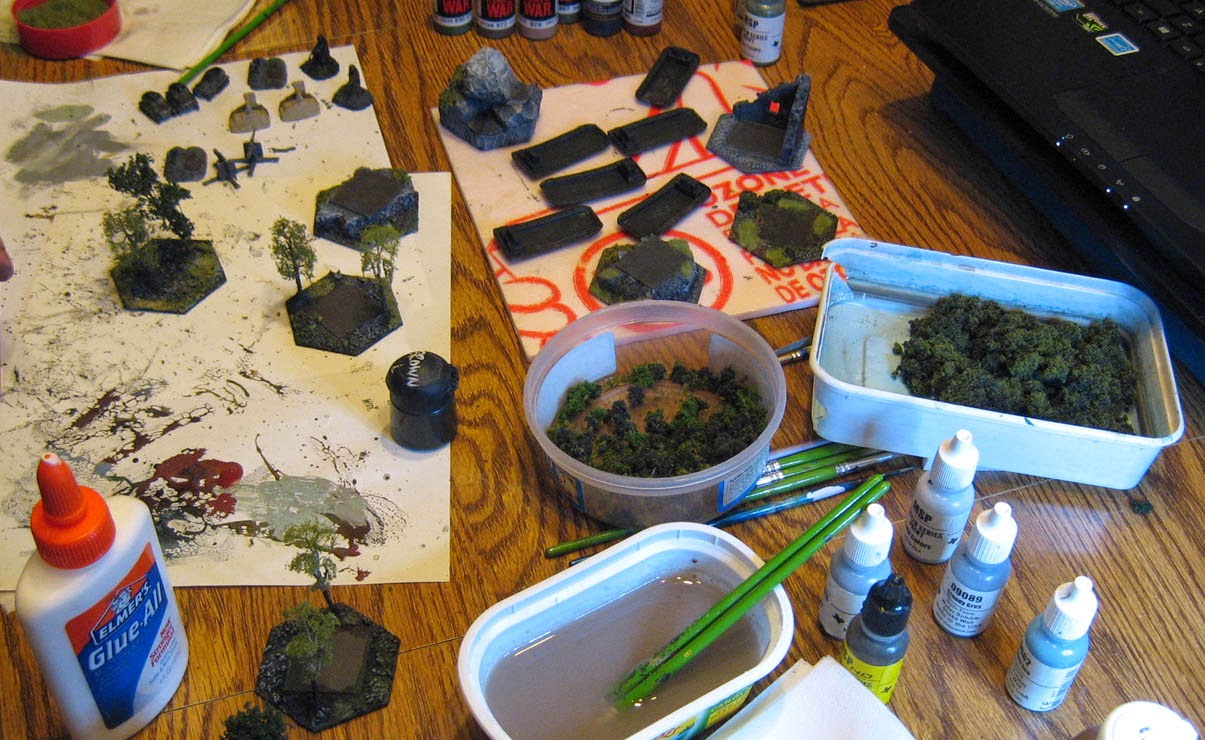 More terrain pieces, including a mountain created by Rich.  He also painted one of the city hexes in brick red, which was a very nice change!

Check out this array.  Believe it or not, we would soon discover that many more pieces would be needed to keep the entire board covered in actual terrain.

All the forest hexes together.  When you see the battle pictures, it might give you an idea of just how cinematic the game now becomes.  It also makes the thought of advancing through it far more daunting! 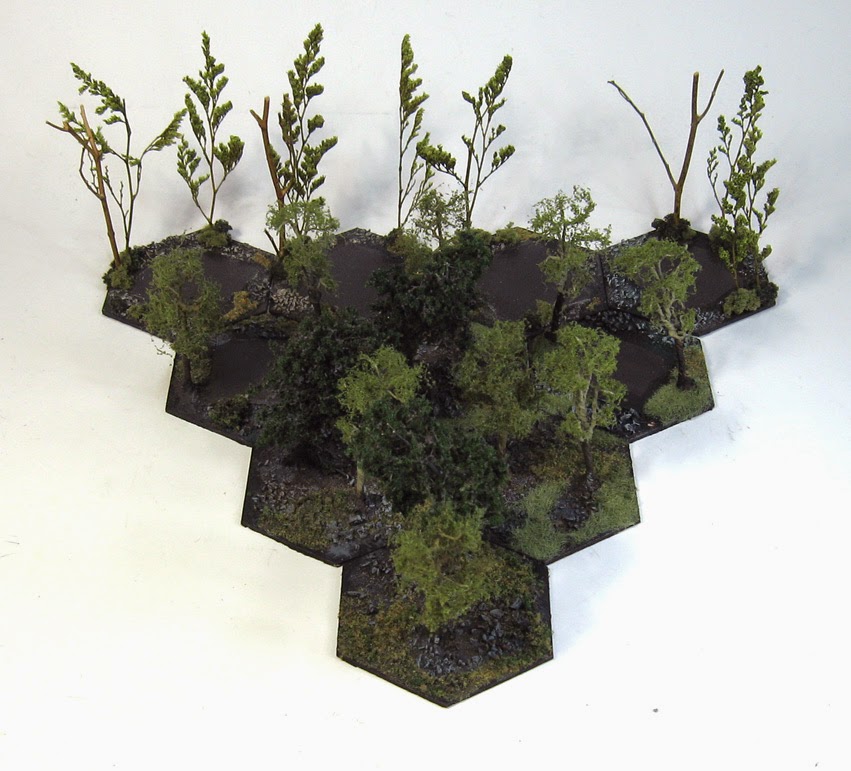 Well, I want to say thanks for all the birthday wishes folks!  And, as always, thanks for checking out the blog! 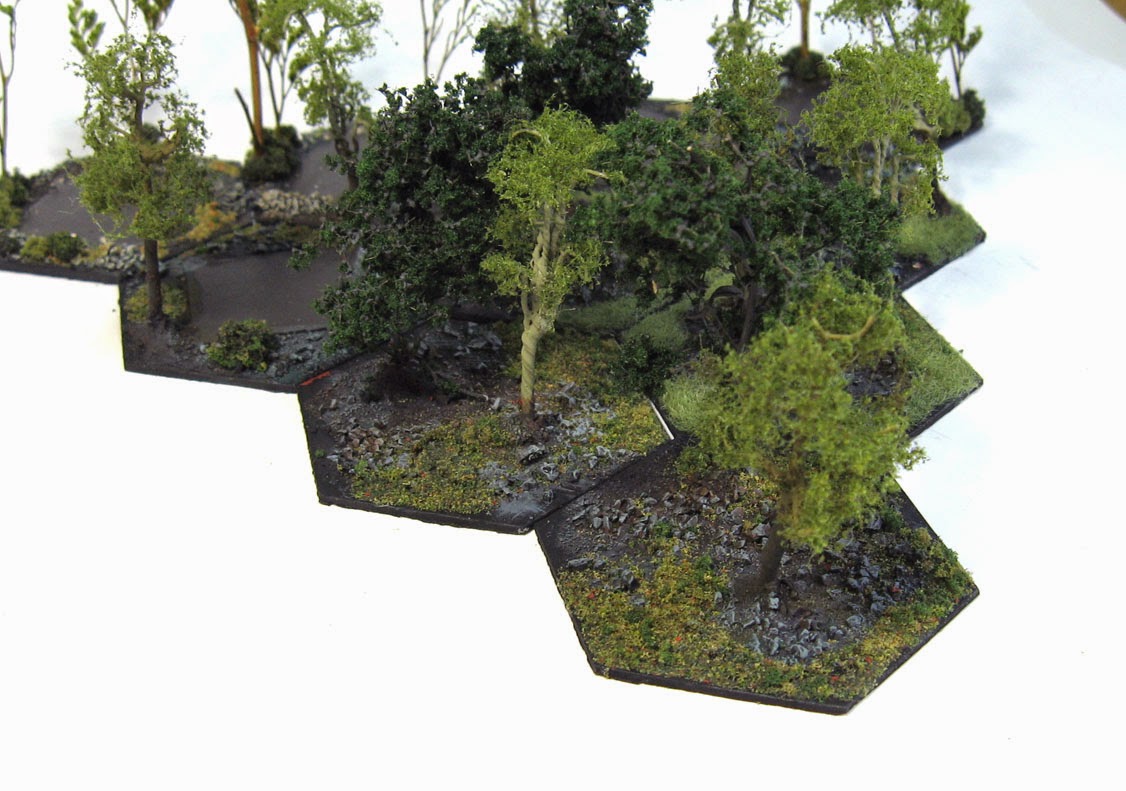 Posted by wappellious at 7:37 AM 6 comments: