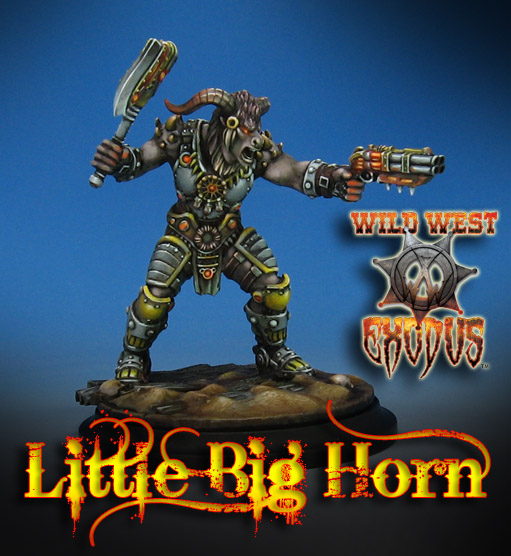 It's time to check out another new character for the Dark Nation... and his name is Big Horn.  This is part of the latest Wild West Exodus kickstarter campaign.

He can deal out a lot of pain with either his axe or that shootin' iron, so look out!

The Dark Nation chose to split from their Warrior Nation brothers, utilizing the RJ-1027 energy source as the white invaders have done.  The Warrior Nation see this as a betrayal of all their beliefs, so I think there will be a number of interesting fights between these former kinfolk.

Posted by wappellious at 1:46 PM No comments:

Beware of the deadly eights! 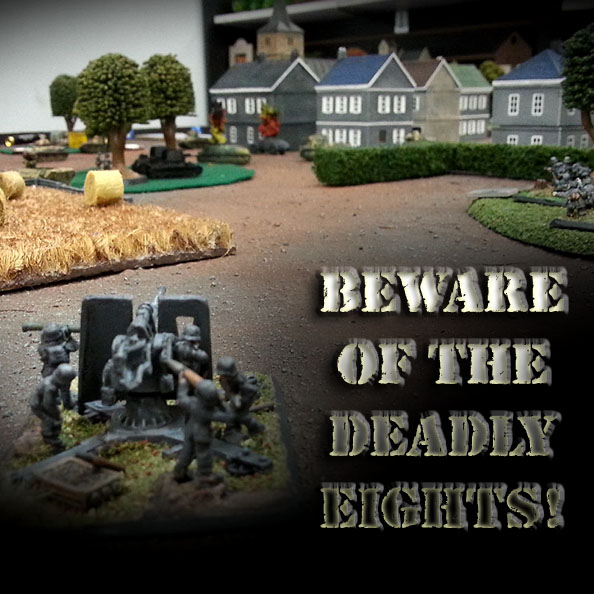 We continue with the desperate struggle between the French and the Axis terror.  Just when the brave French defenders thought that the line could be held by the power of their heavy guns, flights of Stuka dive bombers pounced again and again.

They attempted to fend off these attacks as well as possible, but to no avail! 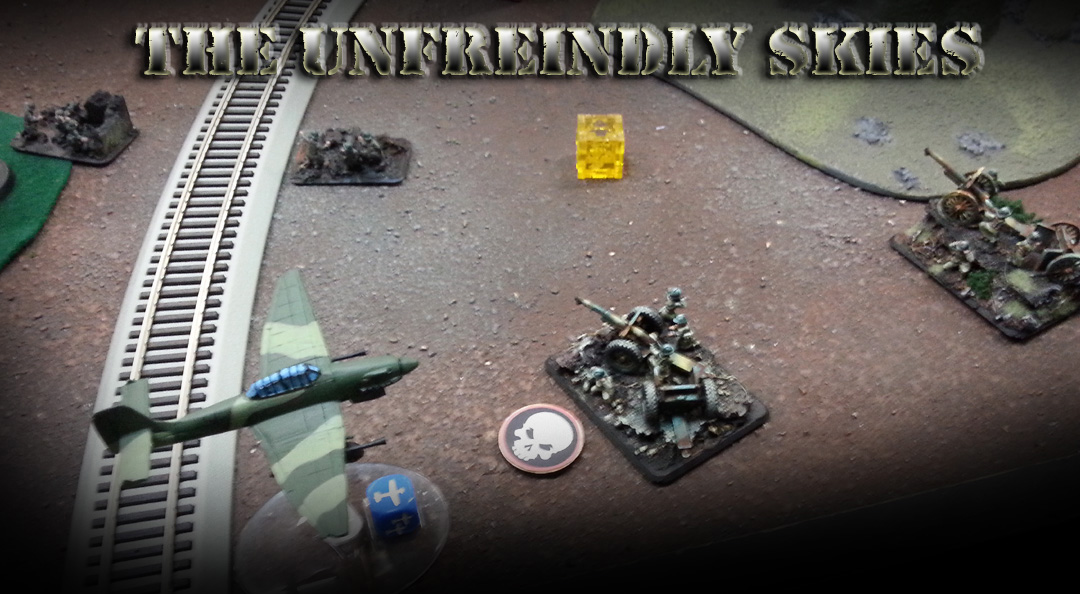 Eventually the heavy guns would be wiped out by the persistent bombing, and the entire battery would no longer take part.  You will see some interesting consequences of this issue in coming WIP hobby reports!  Let's just say that from now on, there will be at least 2, if not 4, layers of air defense. The looted Czech tanks stormed across the tracks, heading for the now vacated base!! 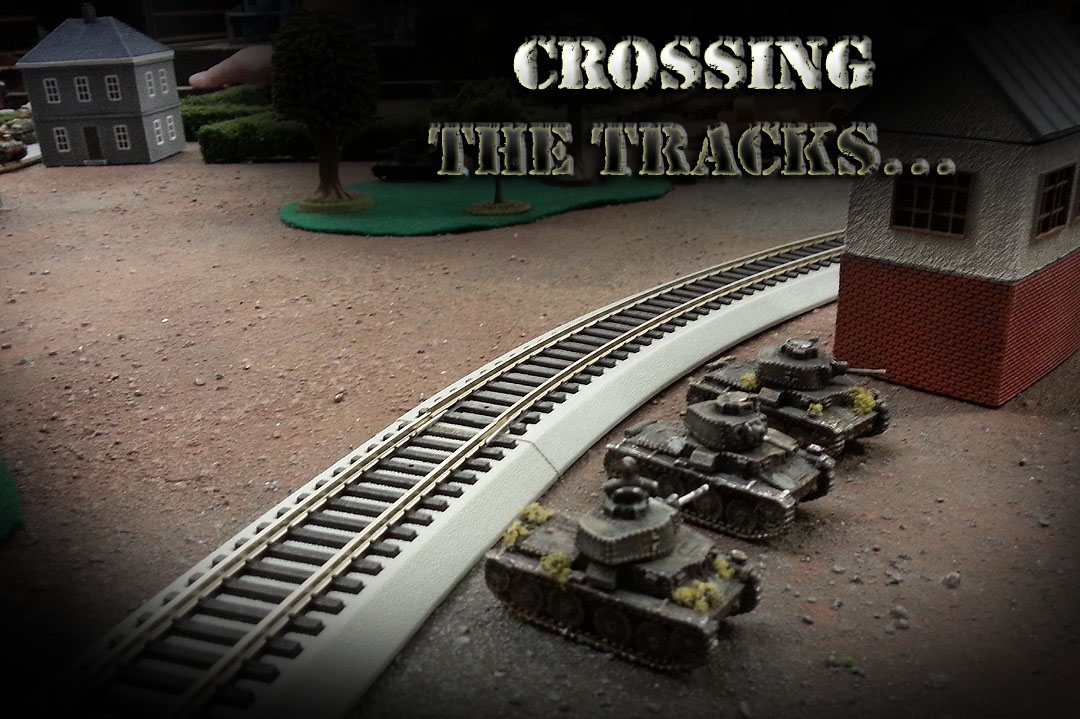 Nothing stood in their way, so the unit of Heavy machine gunners was ordered to leave their positions in the woods and advance towards almost certain death... 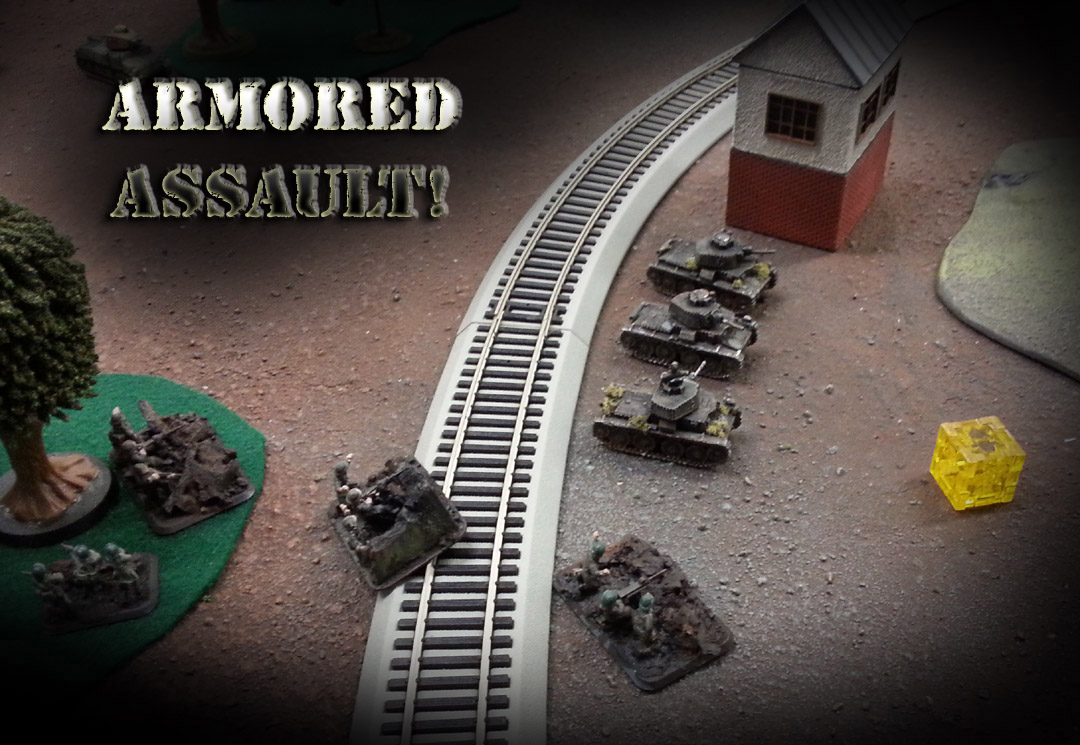 They knew that reinforcements were coming, but none could be seen.  Eventually some did arrive, but poor communication meant that the foot slogging infantry came in the wrong area!

This meant that the hapless machine gun teams were completely on their own. 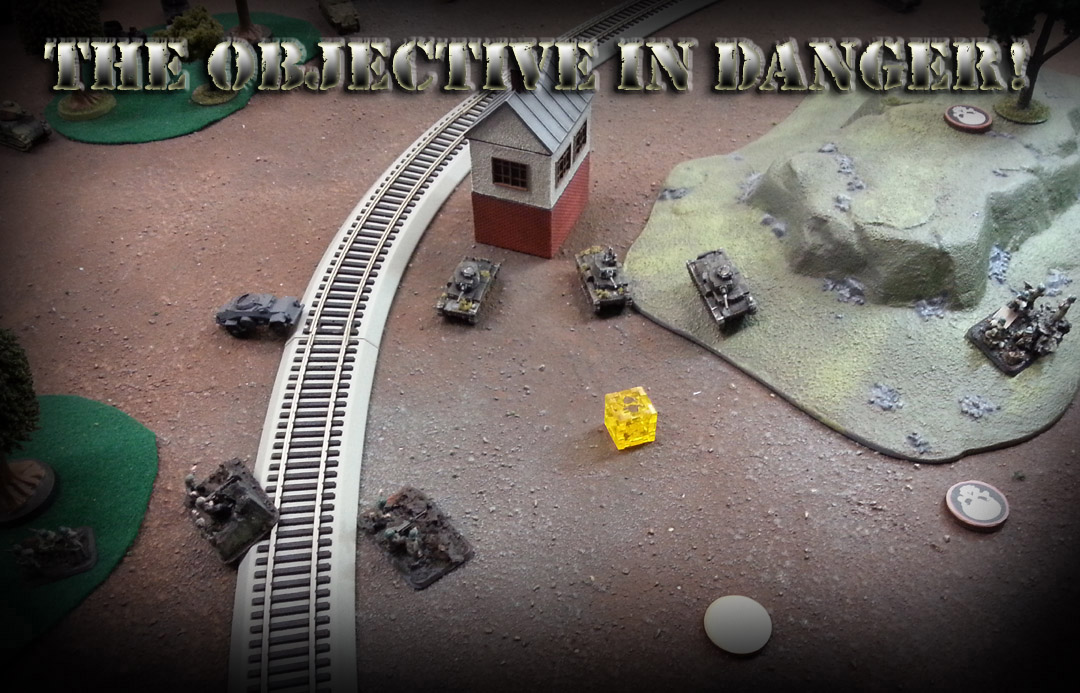 In desperation, the Somuas and Hotchkiss tanks halted their advance towards the German base and headed back towards the clouds of smoke and flame by the key railway yard. It is just as well, since the German reinforcements did begin trickling in.  They brought with them one deadly 88mm gun, which took no time in making it's presence felt.  One of the Somua tanks was blown apart... 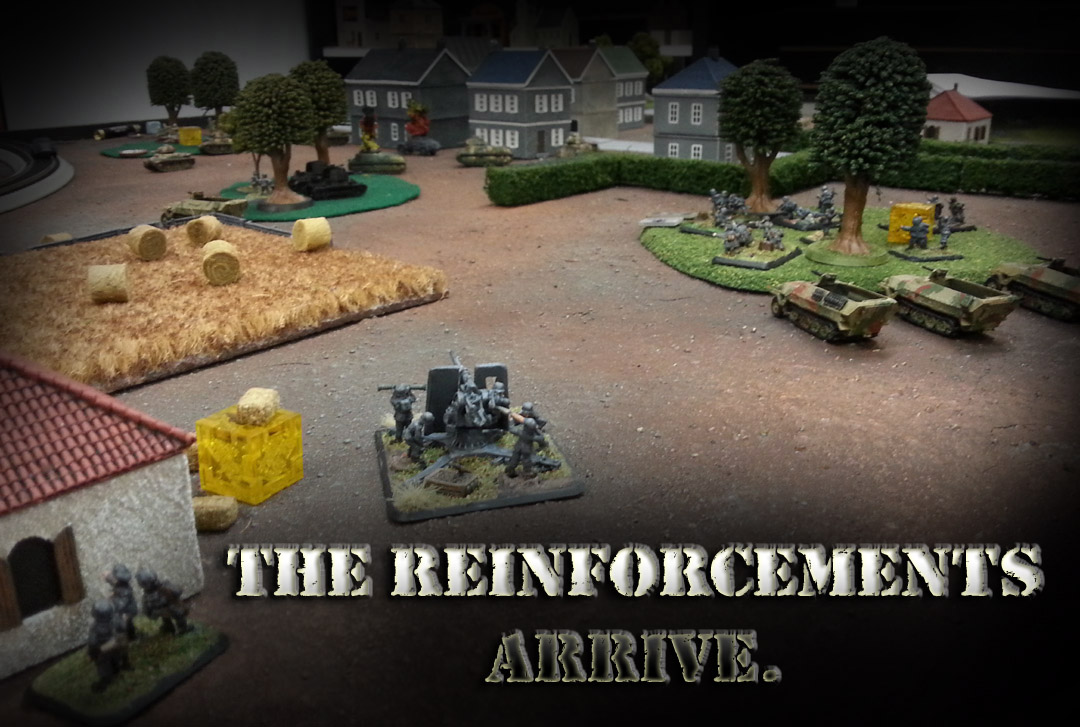 All enemy positions would have to wait for another time, as the delayed and misguided French reinforcements left them on the verge of defeat! 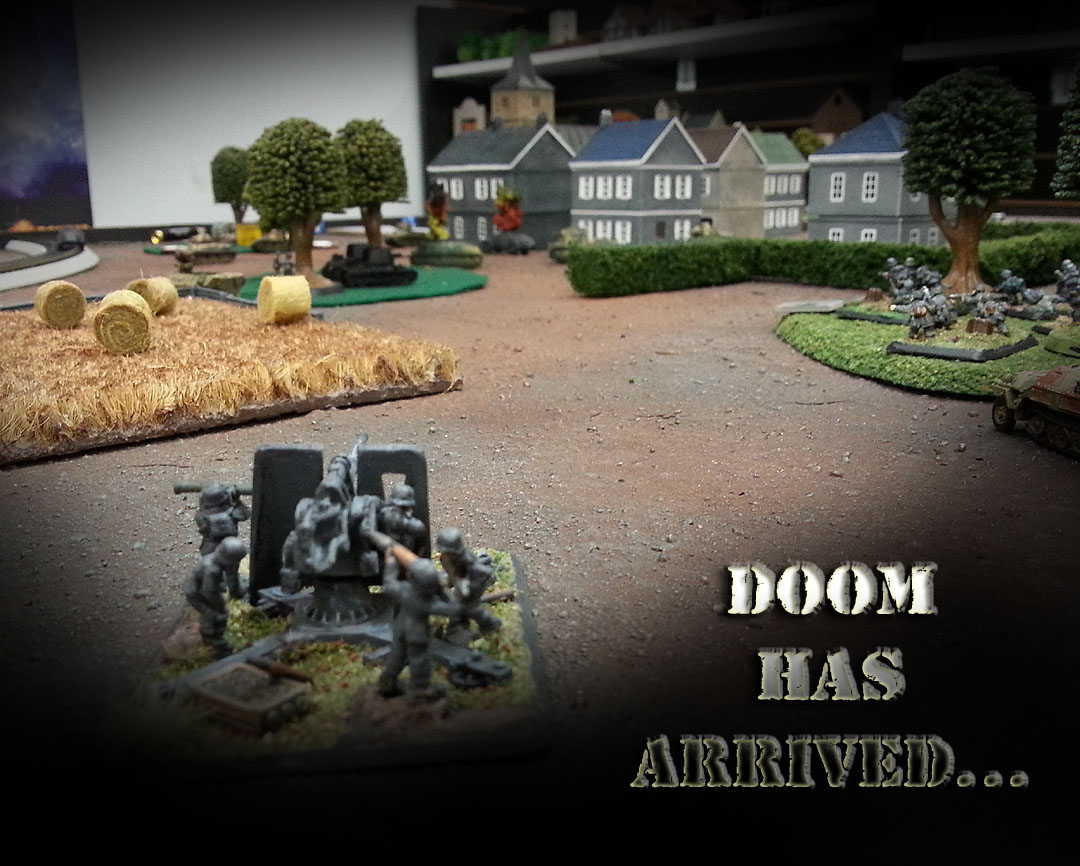 By now, strong emplacements were set up by both of the far objectives, making them unassailable. 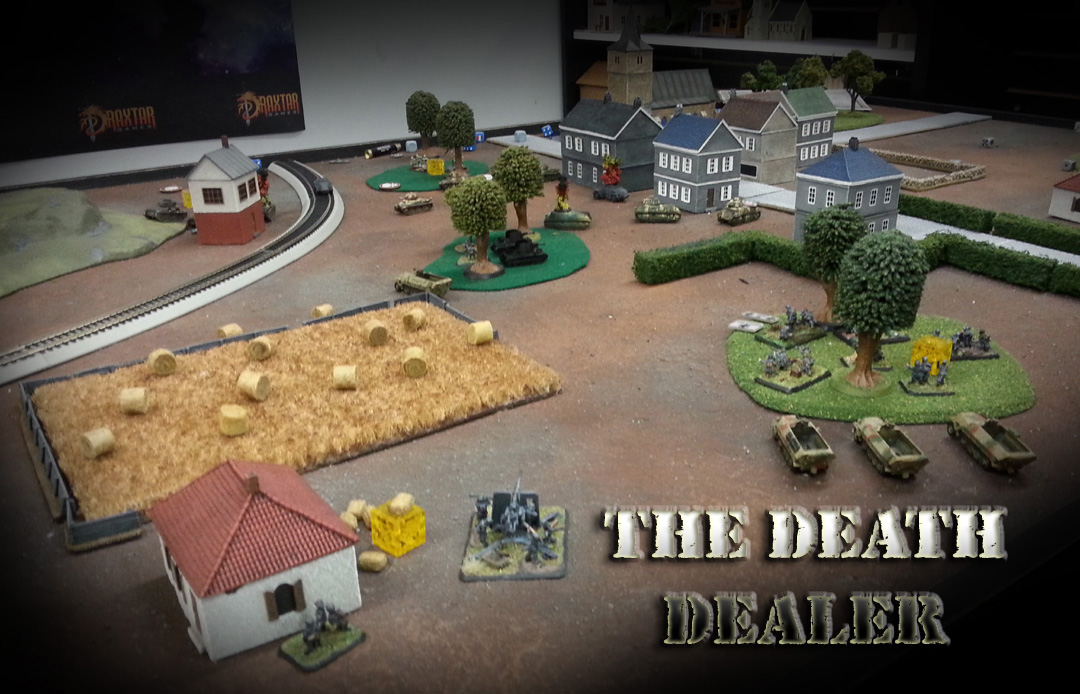 This phase of the battle showed me why the French categorized these two tank models as "Cavalry" tanks.  They charged in to rescue the machine gun platoon, only to find their charred bodies all over the rail yard.  They would have to hold that position themselves. 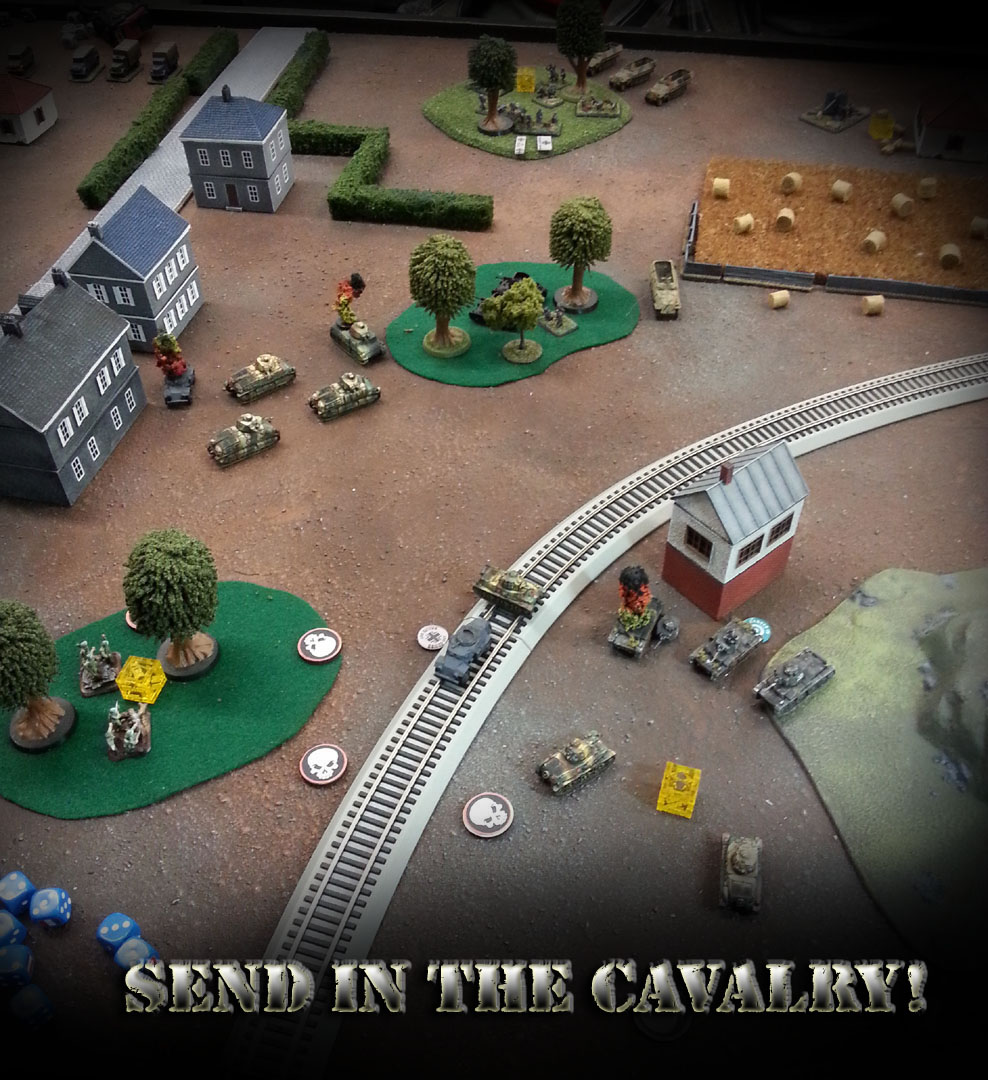 Off in the distance, the rumble of ancient Renault tankettes could be heard, along with the shouts of French soldiers, rushing ahead as fast as feet to bring them.  Once again, modifications have been made to rectify such eventualities of misplaced reserves. 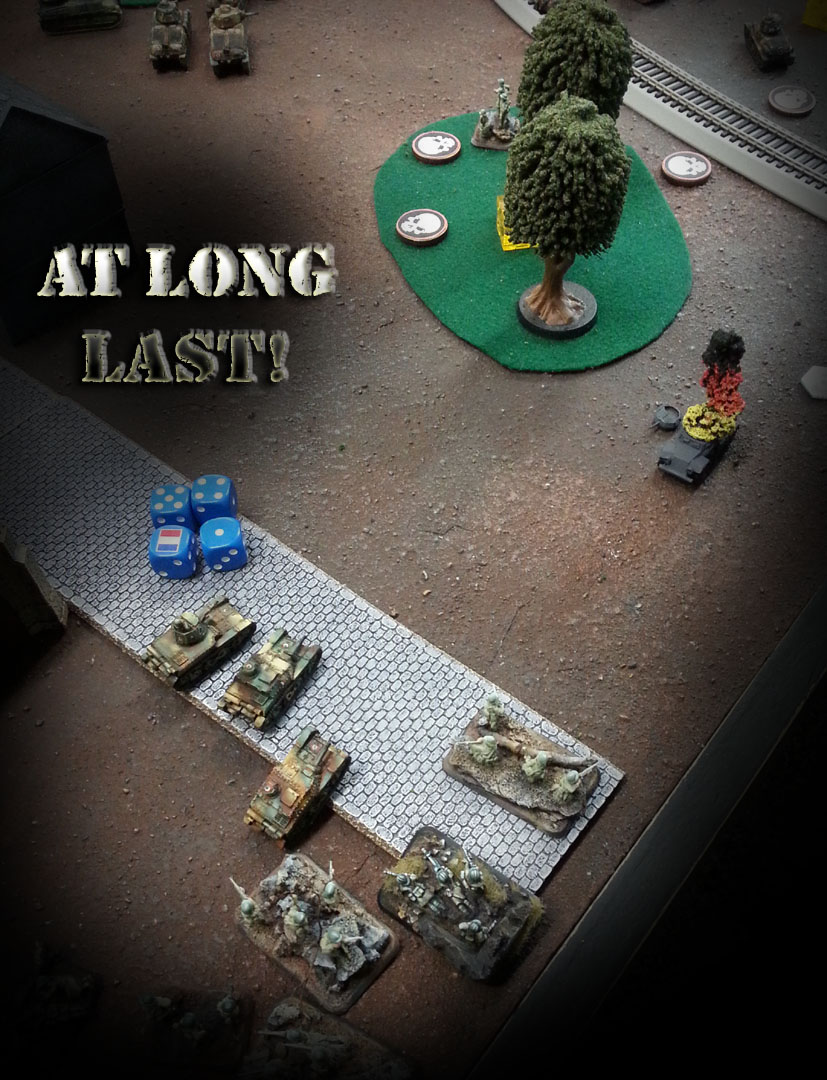 Huzzah!  At long last, the communication issues were resolved, and a rifle platoon marched straight into the rail yard.  By now, the French tanks had stabilized the position. 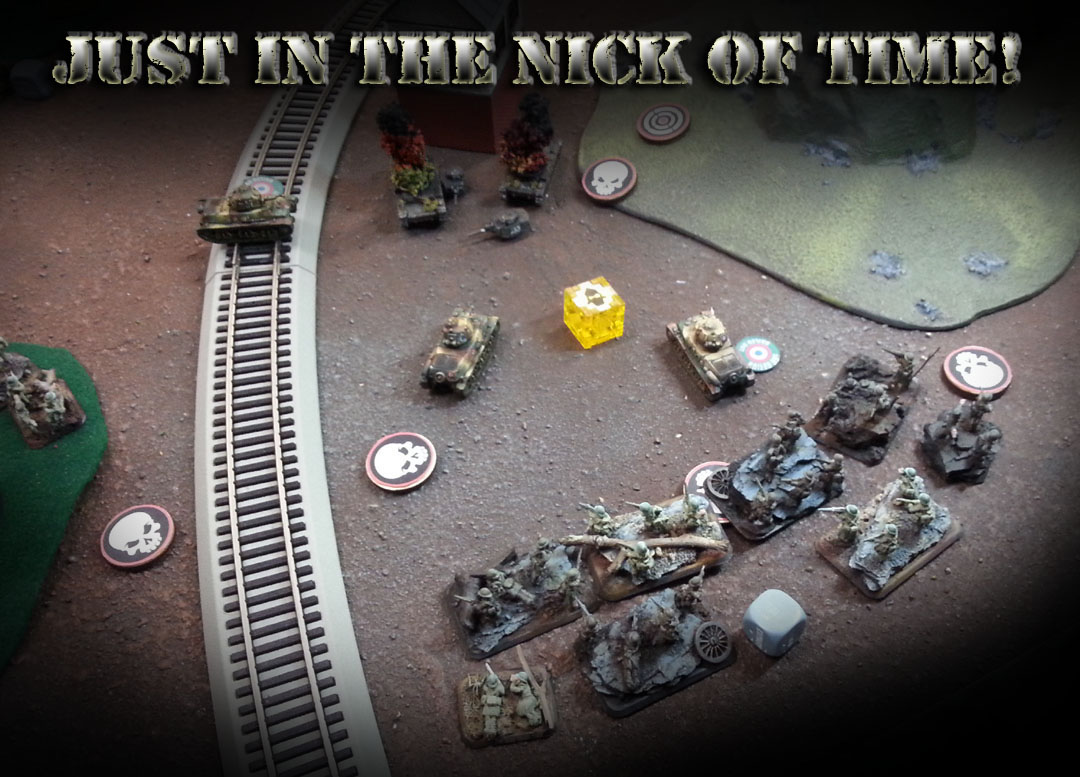 The German tank destroyers proved to be an ever present threat, although the woods seemed to wreak havoc on their aim.  I don't think the French tankers will be quite so fortunate next time. 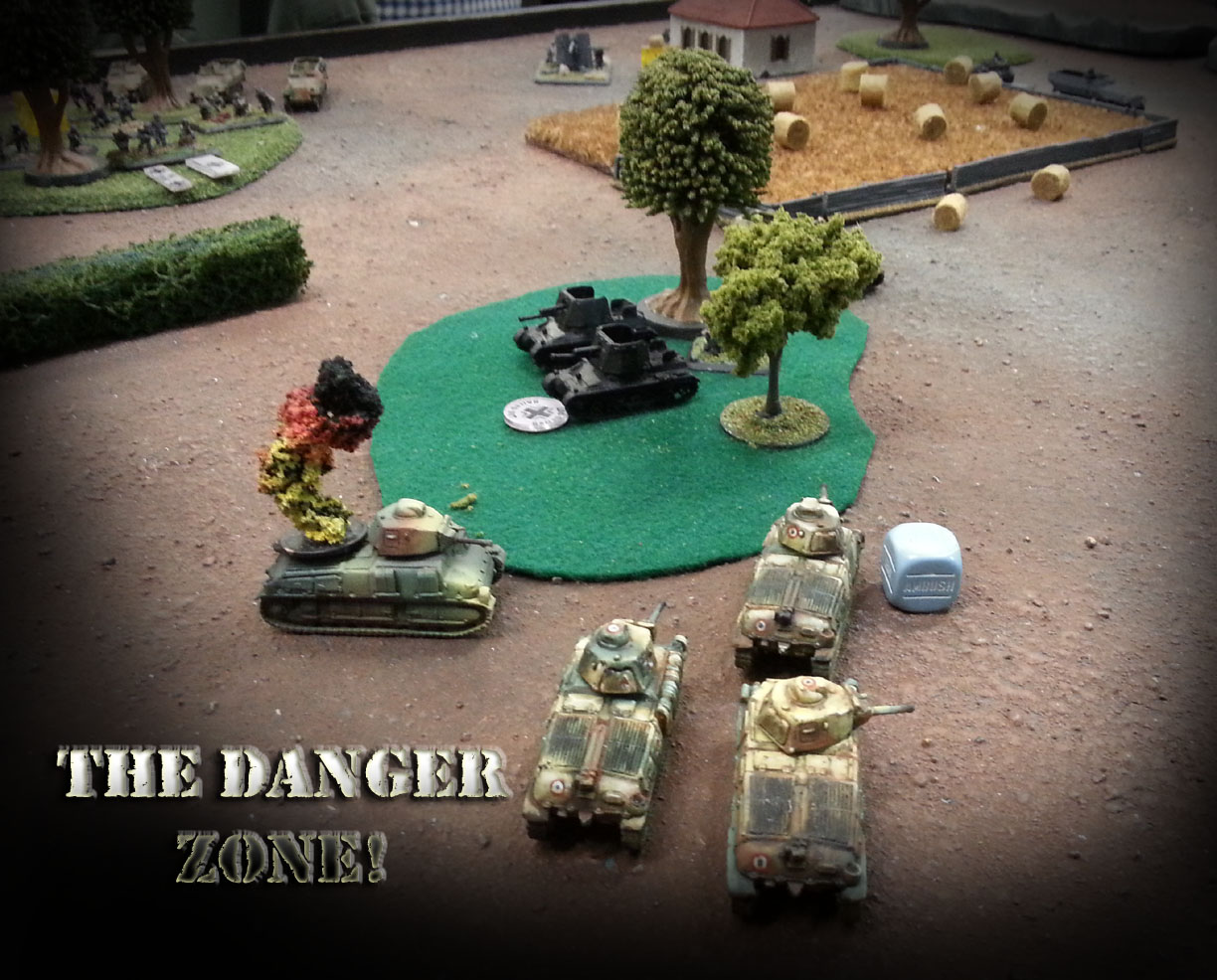 When the last looted Czech tank went up in flames, so did the German hopes of a rapid victory.

However, they were now in place with highly mobile units, and would surely make another push to the rail yard, and possibly beyond that.  The line was held, but only by the narrowest of margins.

Can the French continue to stave off imminent defeat?  Will new units brought in to the front honor the noble sacrifice of the Machine gunners?  We shall see. 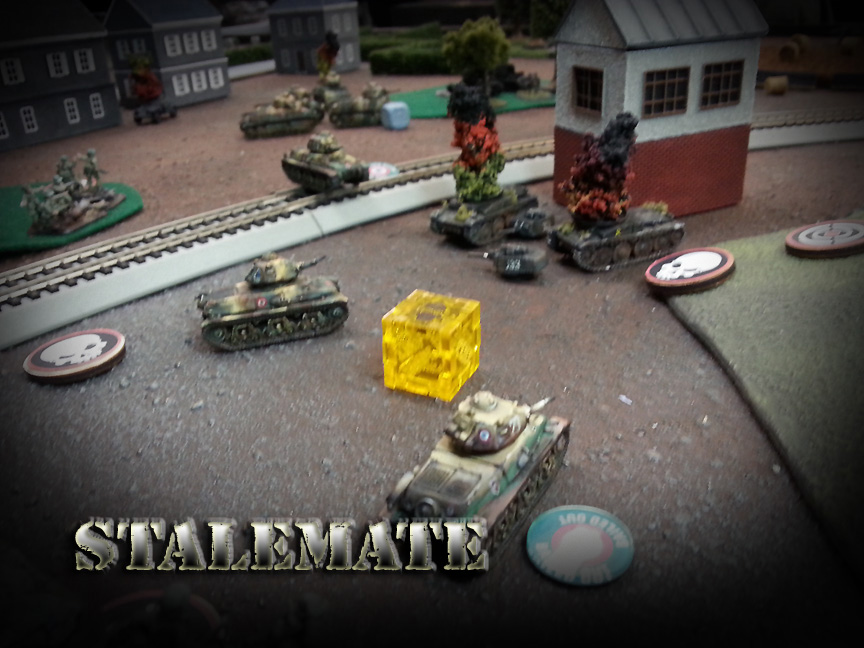