Army on the March! 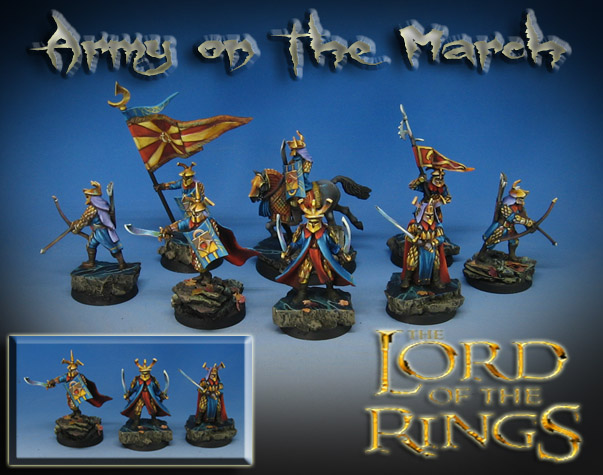 It is amazing to realize that the third Army Painting series is completed, and Series 4 is well under way!  As I have mentioned several times, this one in particular was very gratifying, as I am replacing my beloved Easterling Army, which I had to sell off years ago.

Since then, I have been trying to recover as many figures as possible, and rebuild it.

I thought it would be a very good set of tutorial episodes, since it would tackle a number of things people might run into as well... like replacing an army, matching old color schemes and so on. 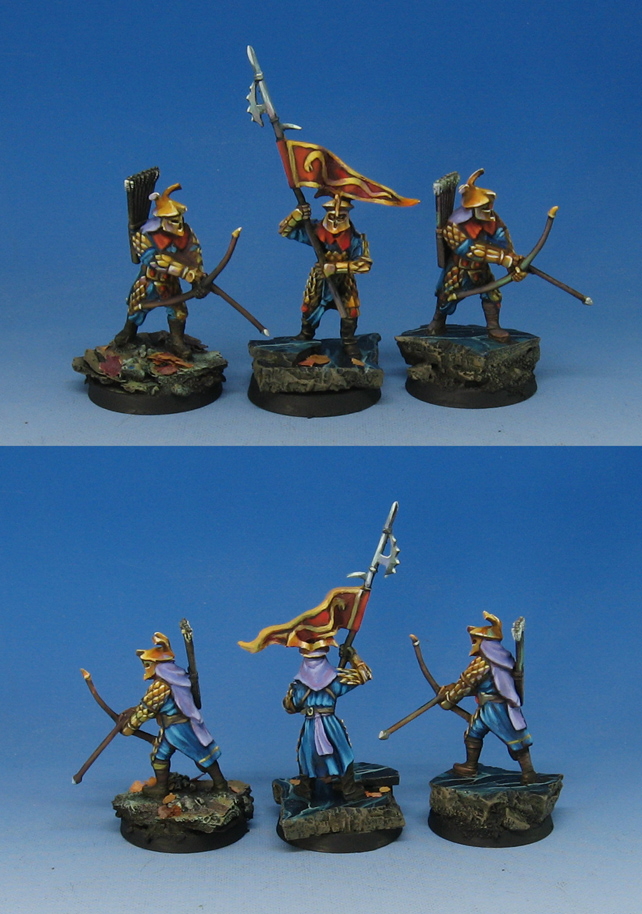 Another potential benefit would be watching me negotiate several different types of figures at once.  That is, very old metal figures and newer plastics.  Also, working with archers, pikemen, sword wielding champions and special characters. 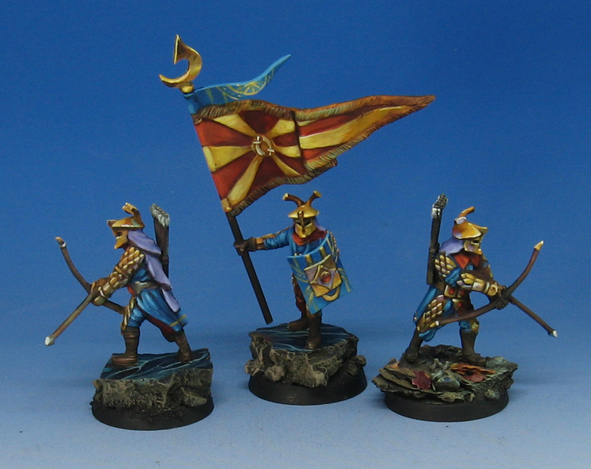 This was one of several conversions I made for the project, taking one of my very old plastic figures and putting a more recent banner on it. 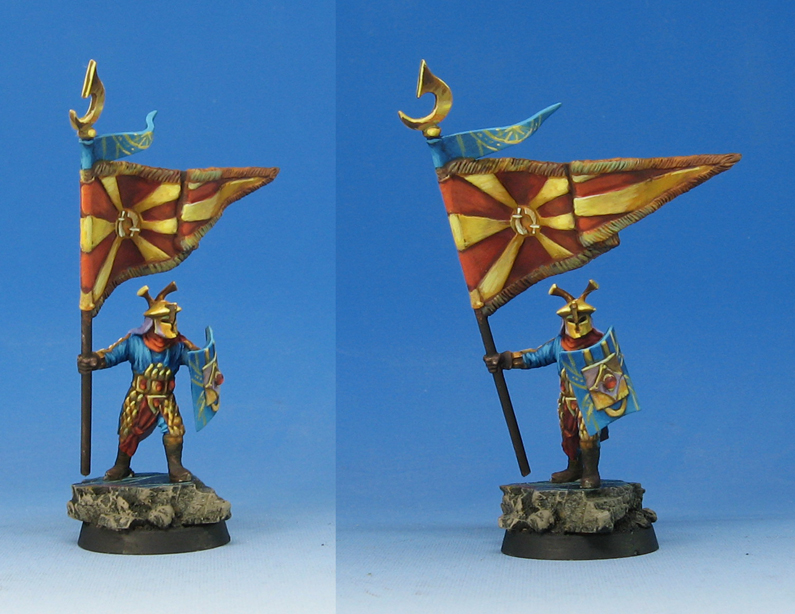 I even tried to cover painting cavalry figures, so a few of them are shown in the basing and painting process.  Most armies involve figures of radically different types and sizes, unlike single figures.  The vast majority of painting tutorials only show one figure being painted... or sometimes just a portion of 1 figure.

It seemed this left a lot of people out in the cold when it came to approaching an army.  How do you decide on a color scheme, a basing scheme, freehand and other details?  How do you figure out if these desired elements will make the project take 100 years before you get stuck in? 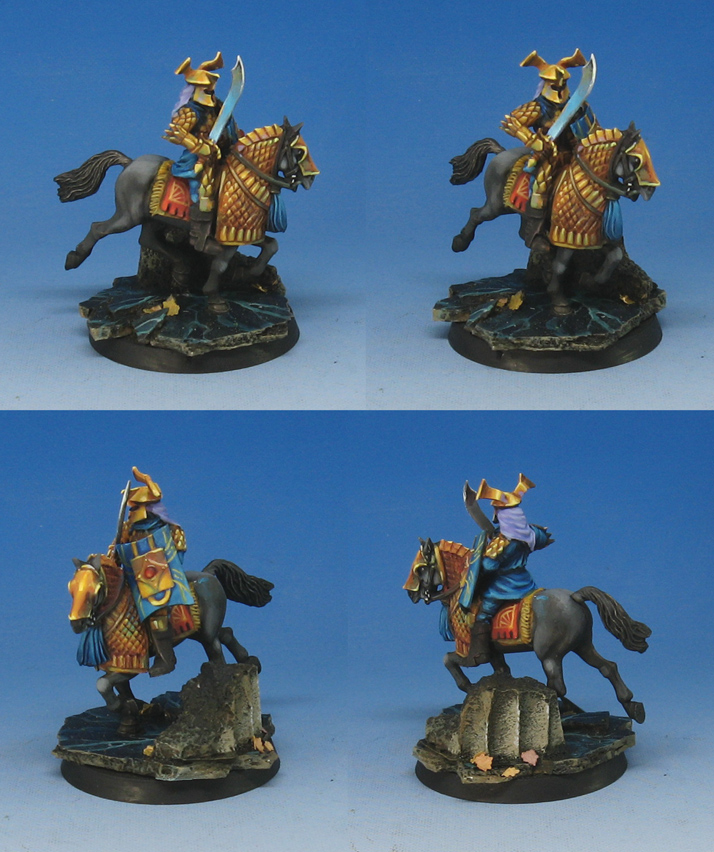 In each series, I make a lot of alterations and course corrections that involve the "currency of time".  It is always in short supply, and I have very little time to work on my own armies.  So, I also need to figure out what is possible in that small amount of time, but maximize the results! 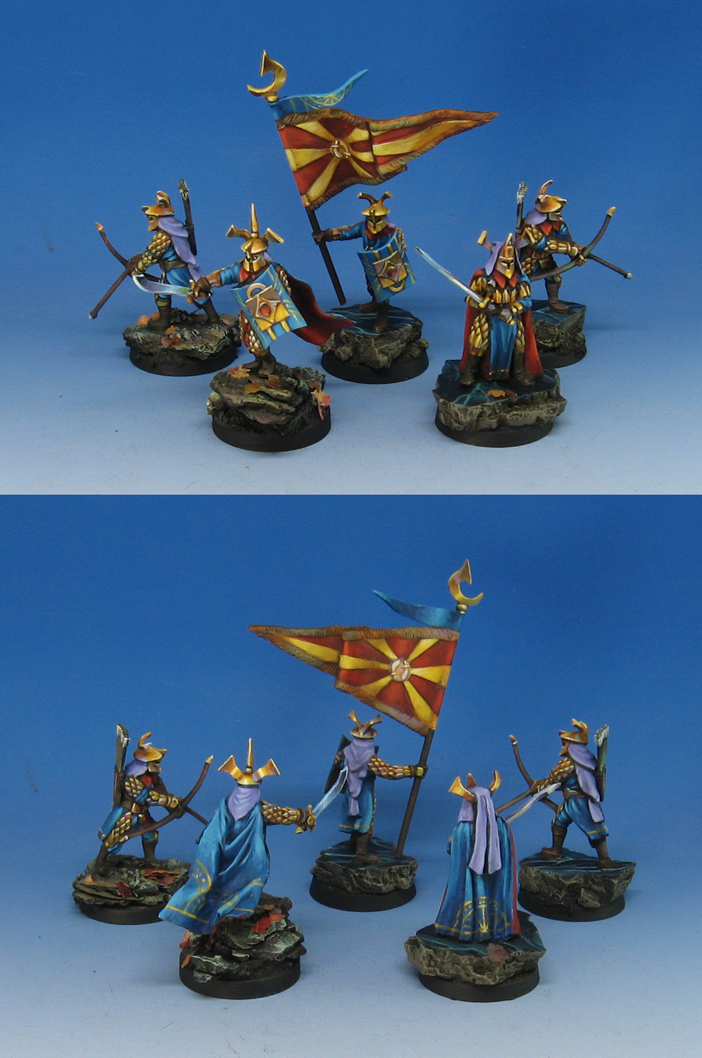 I try to present as many options as possible... and in future series I will be showing how to do the same unit with metallics, in case you are not comfortable doing the Non Metallic technique.

There's a series that was done entirely with oil paints!  Again, the idea is to present you with as many options as I can. 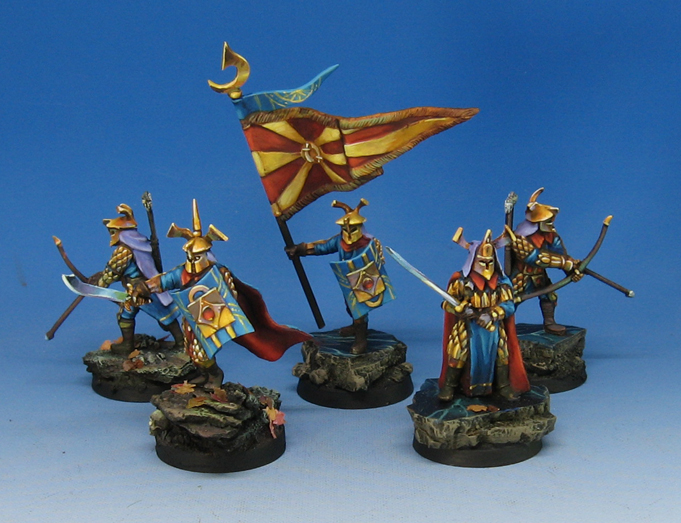 The standard Army Painter pledge is $15.  There is also a $50 version which will get you high resolution copies of all the videos on a USB drive.  You can find that on my Patreon Page here: 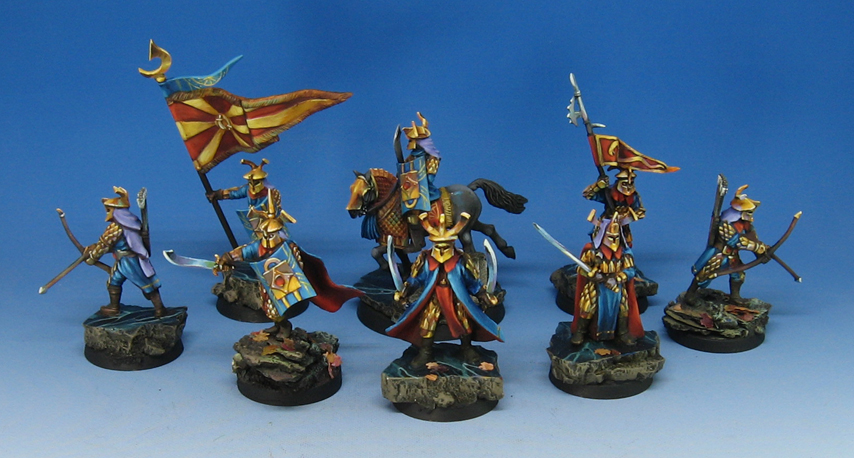 Posted by wappellious at 10:45 AM No comments: