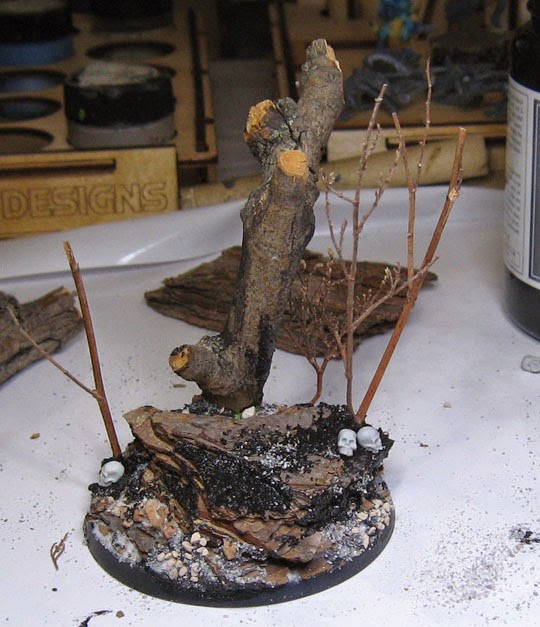 OK boys and girls... the experiments continue.  The idea here was to see if I could take some broken twigs, some bark, as well as some other odds and ends to make a quick base. 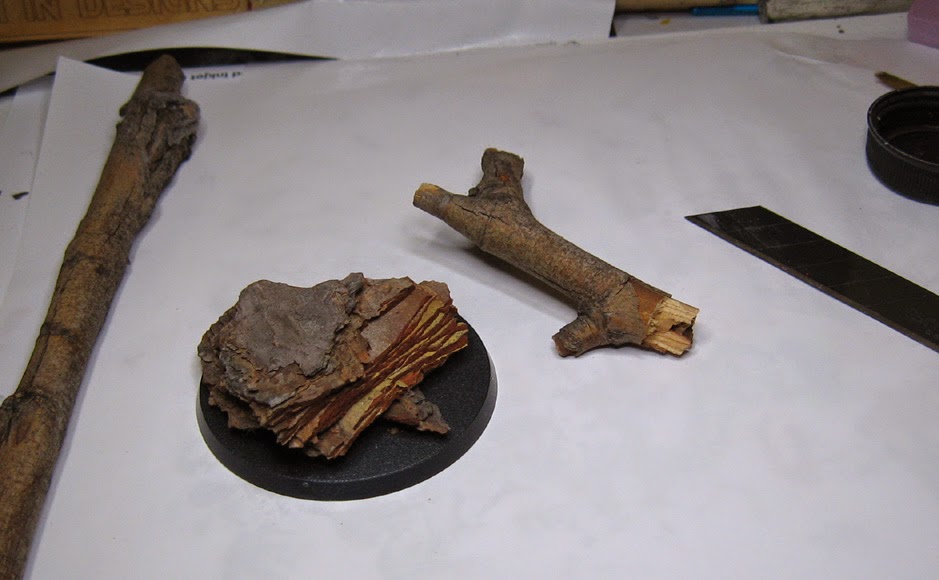 What I was hoping for was to get something which looked really nice, but could be executed quickly.  I started the process by using chunks of barks that were various sizes.  I needed to get a bit of an angle on this, so, I propped up the big piece with other smaller bits. 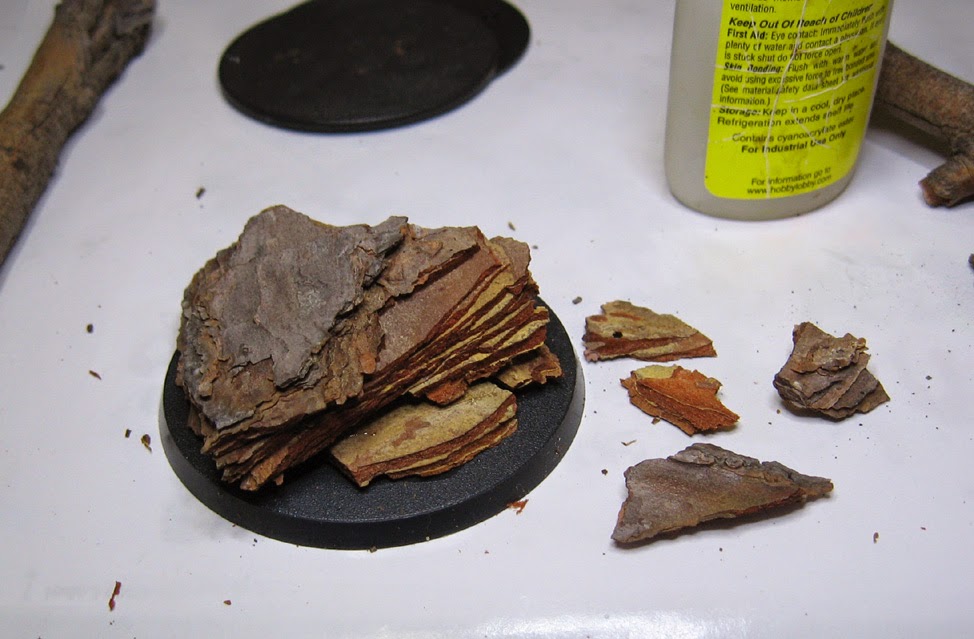 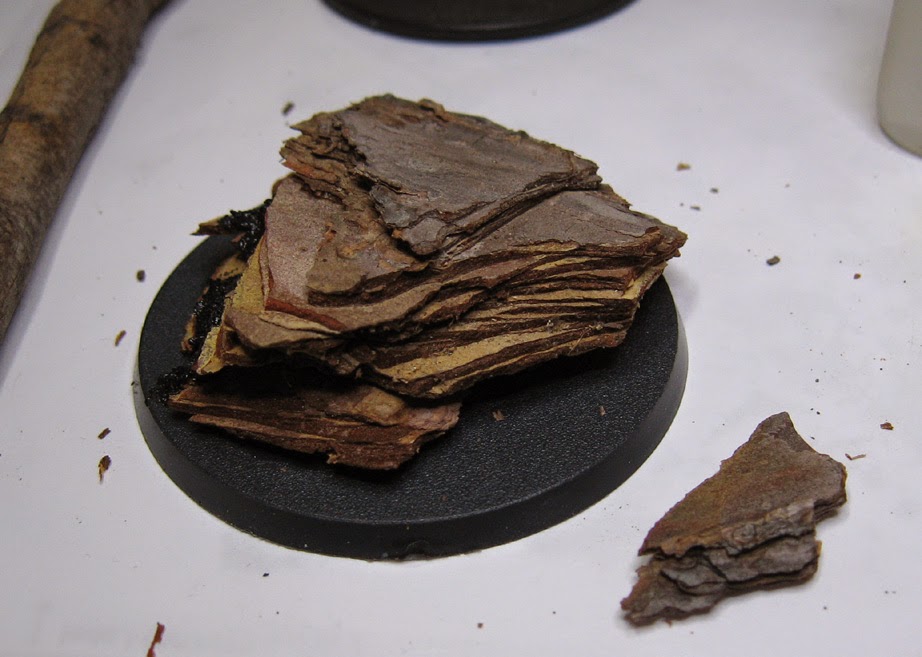 Aside from super glue, I put in some Vallejo black lava gesso to fill n the gaps. 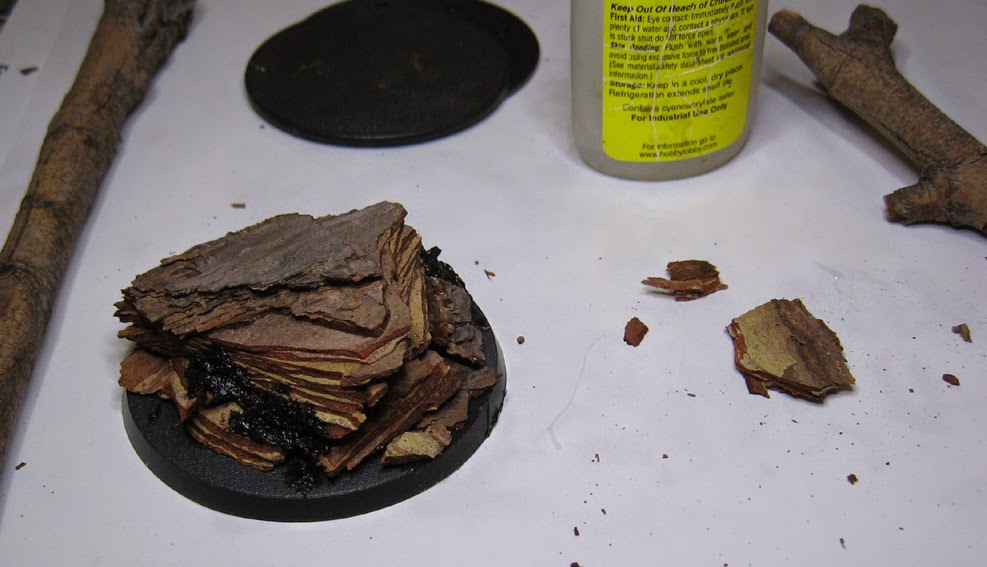 A branch piece was added.  Normally I would sculpt this, but speed is what I was after in this experiment.  Heck... it's got some pretty nice texture as it is! 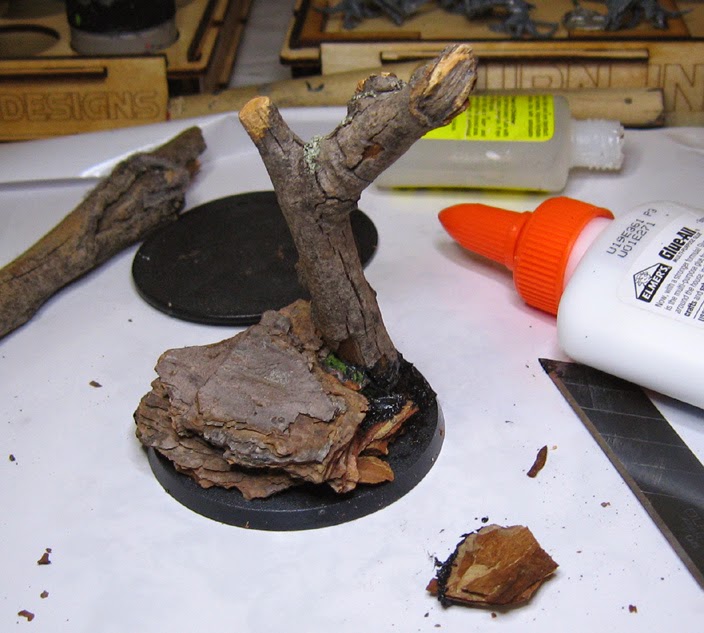 Yes, the usual rock and gravel are added. 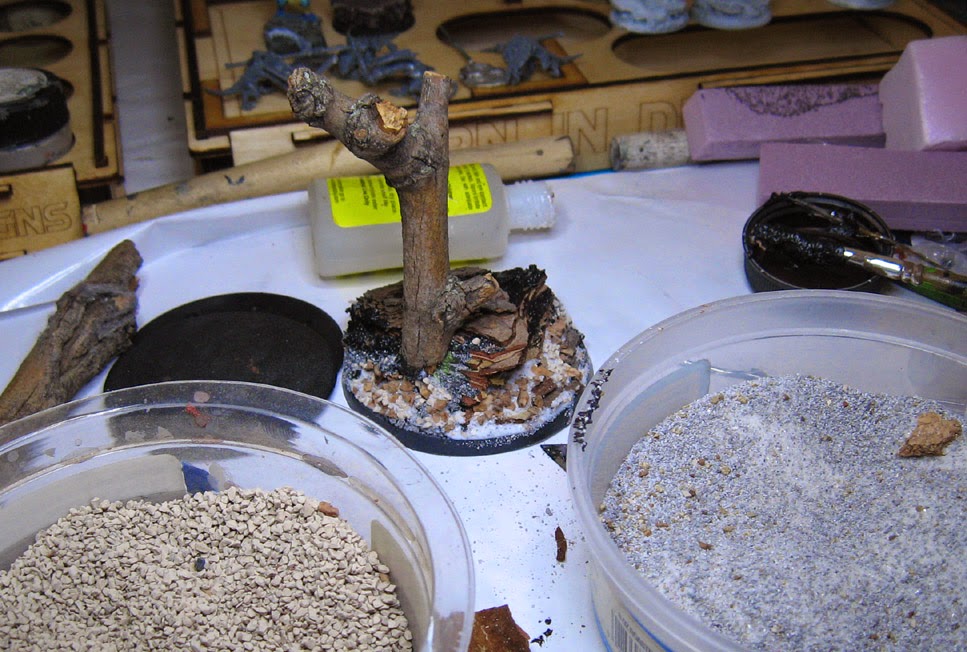 There was a bit of a gap at the bottom of the tree branch.  I tested out the black lava as a filler, rather than using apoxy sculpt or green stuff. 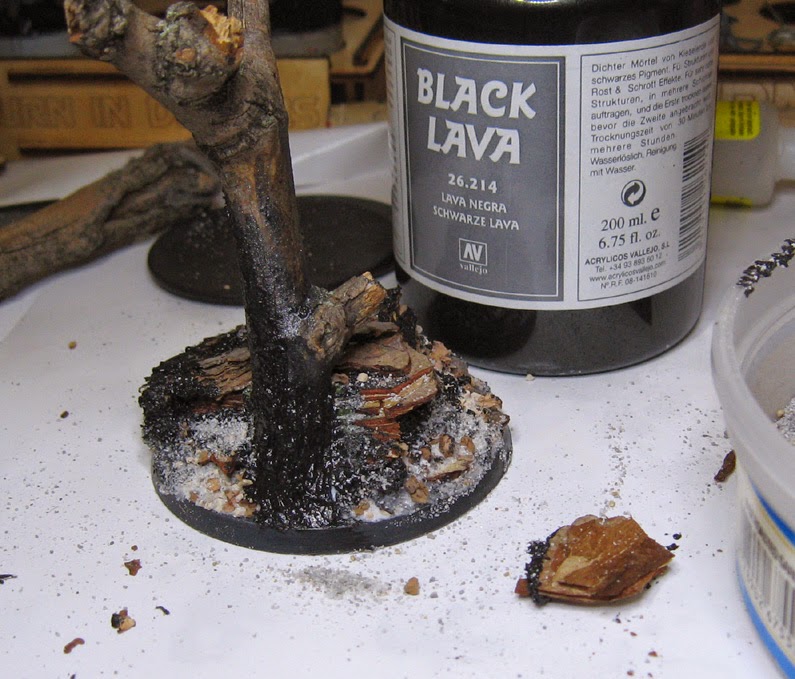 More filler, rocks and gravel.  This is not just for appearance.  These added substances are also designed to lend more overall strength to the bark, preventing it from flaking off. 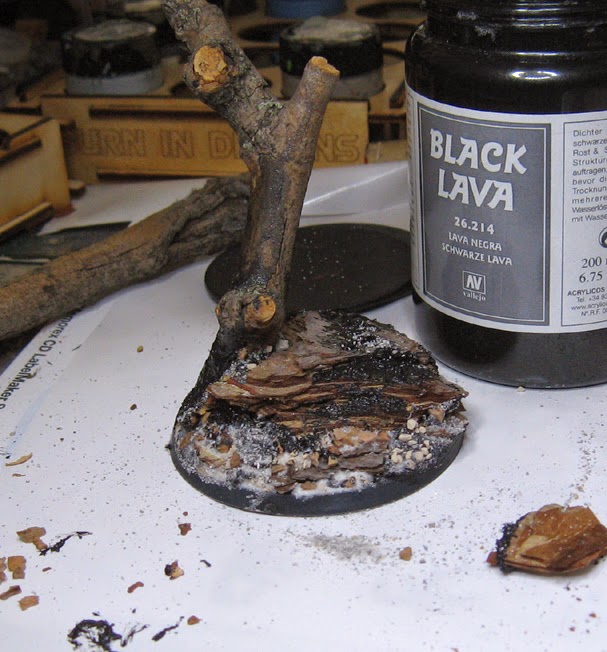 I also wanted to add a few additional branches so that the original branch would look bigger.  As you can see, there are now three sizes of branch. 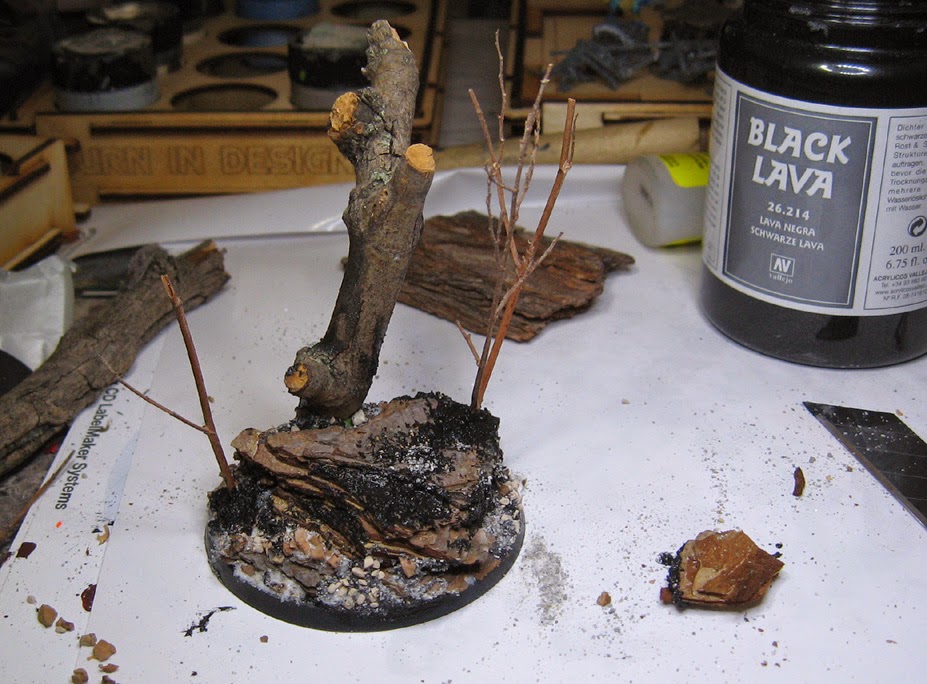 Some Secret Weapon Miniatures skulls are always a nice touch! 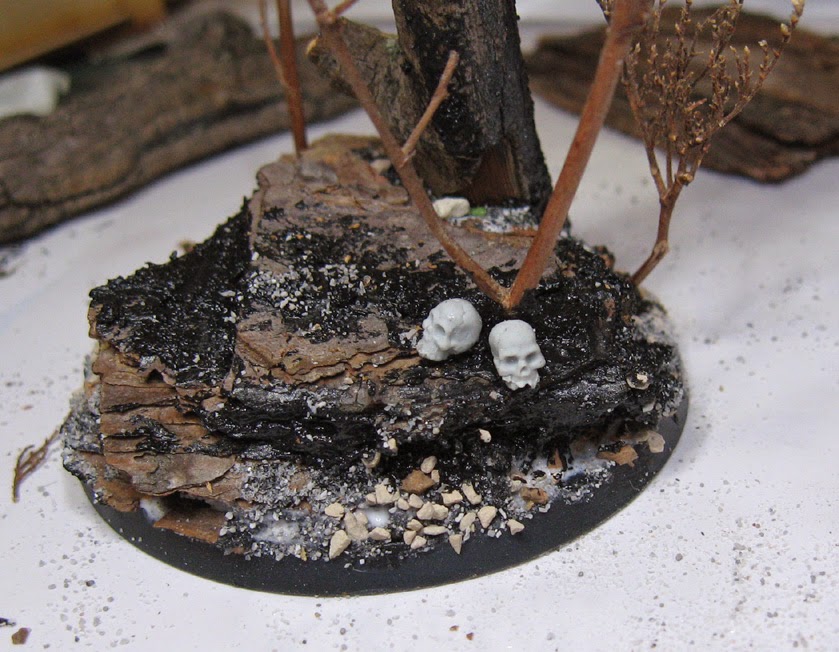 Now I just have to wait for everything to dry and set up! 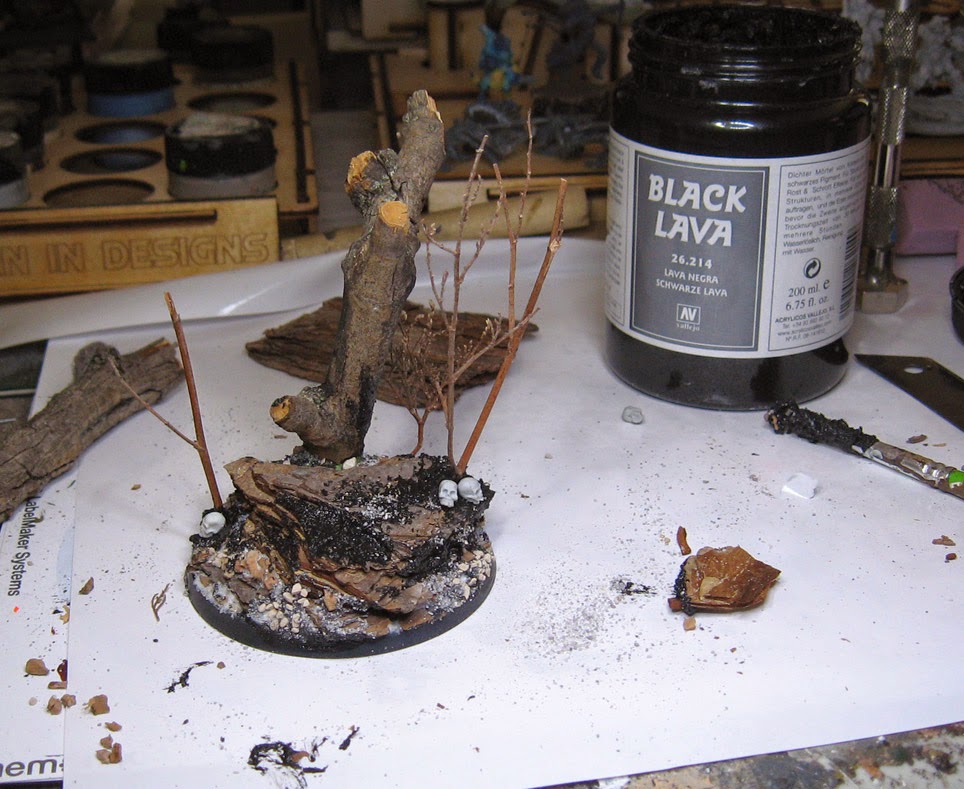 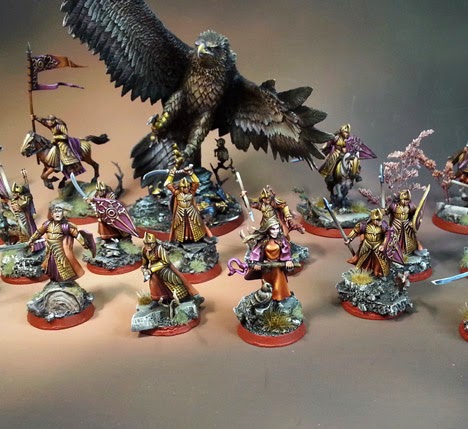 This is something I never had a chance to do before... take an army-wide portrait of the Knights of the Blood Rose.  I am pretty sure this is the entire army that I took to Bilbo's Bash a few years ago... 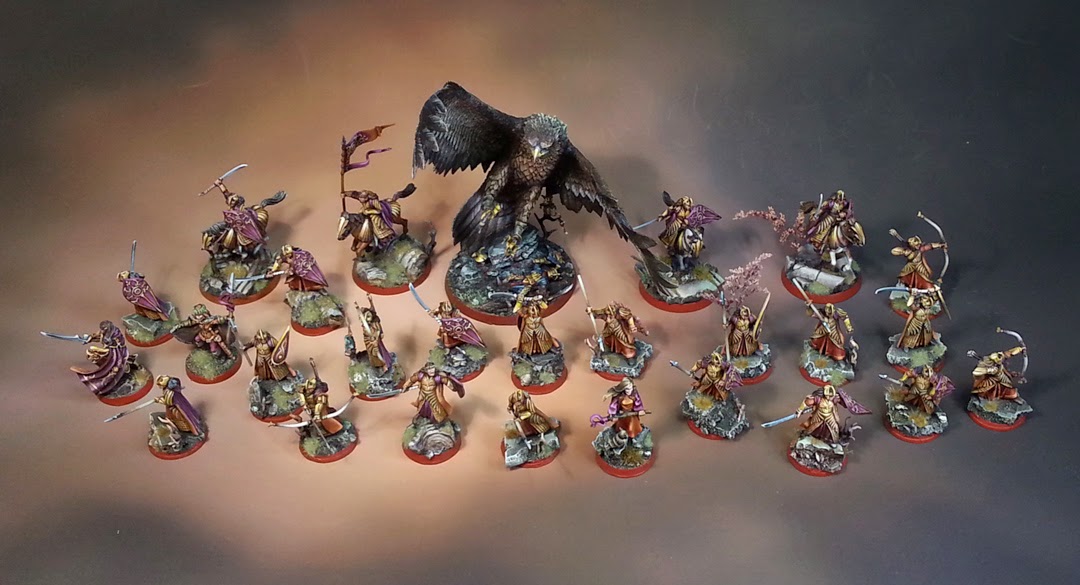 Gwahir, some cavalry, a few archers and Stormcallers... and ready to go!

There are a number of battle reports on the testing of the army prior to the tournament.

And some posts on the tournament itself! 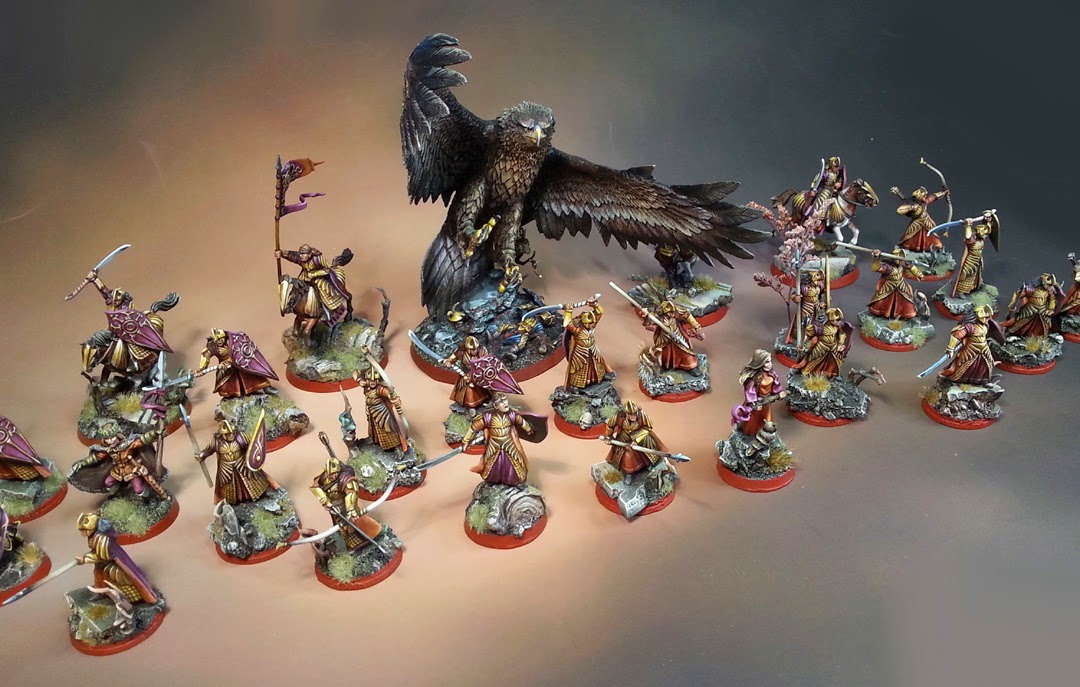 Hopefully I will be able to take these guys to another event like that... 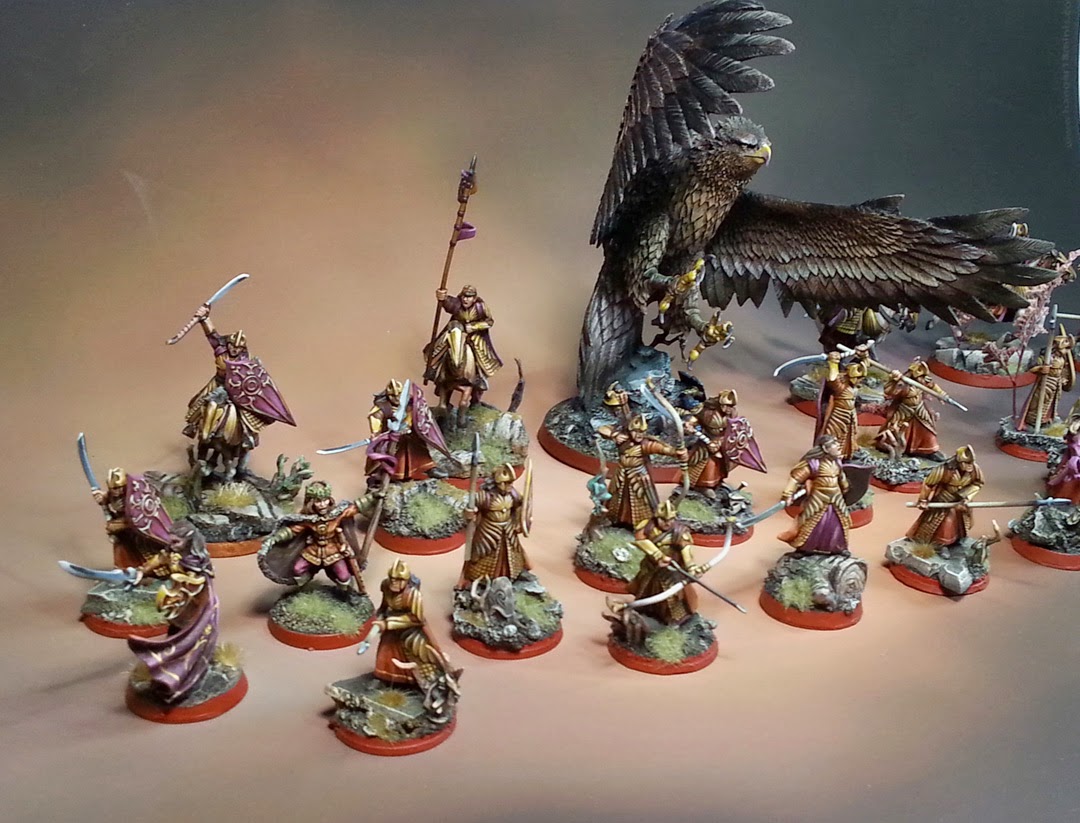 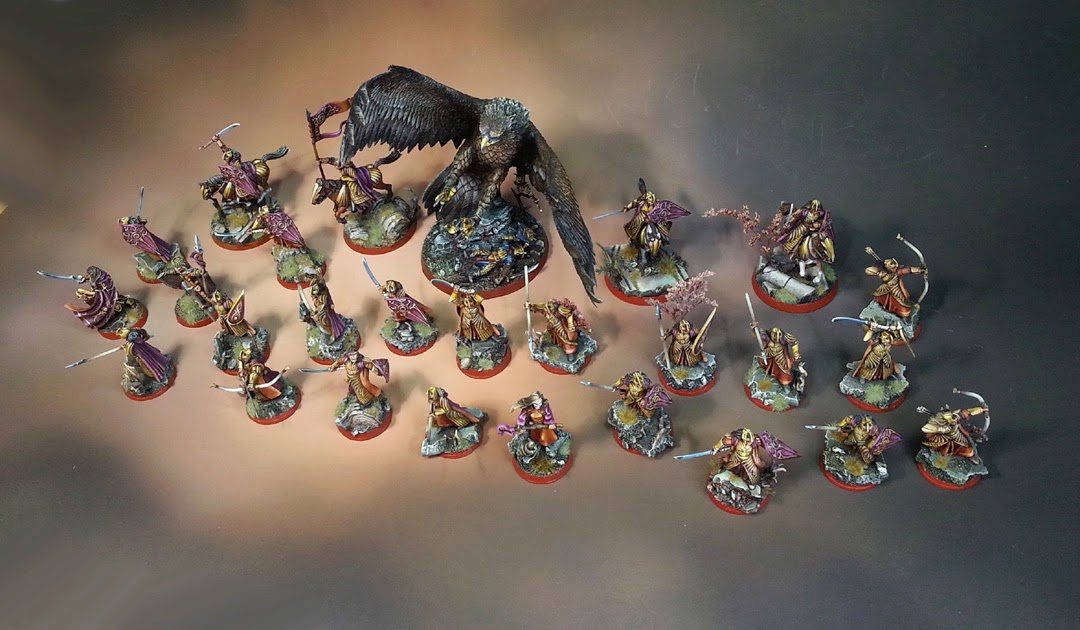 It was interesting how much difference just having a few archers made.  Shooting in LOTR was not something I was very enthusiastic about, but there were a few times where they served a vital purpose. 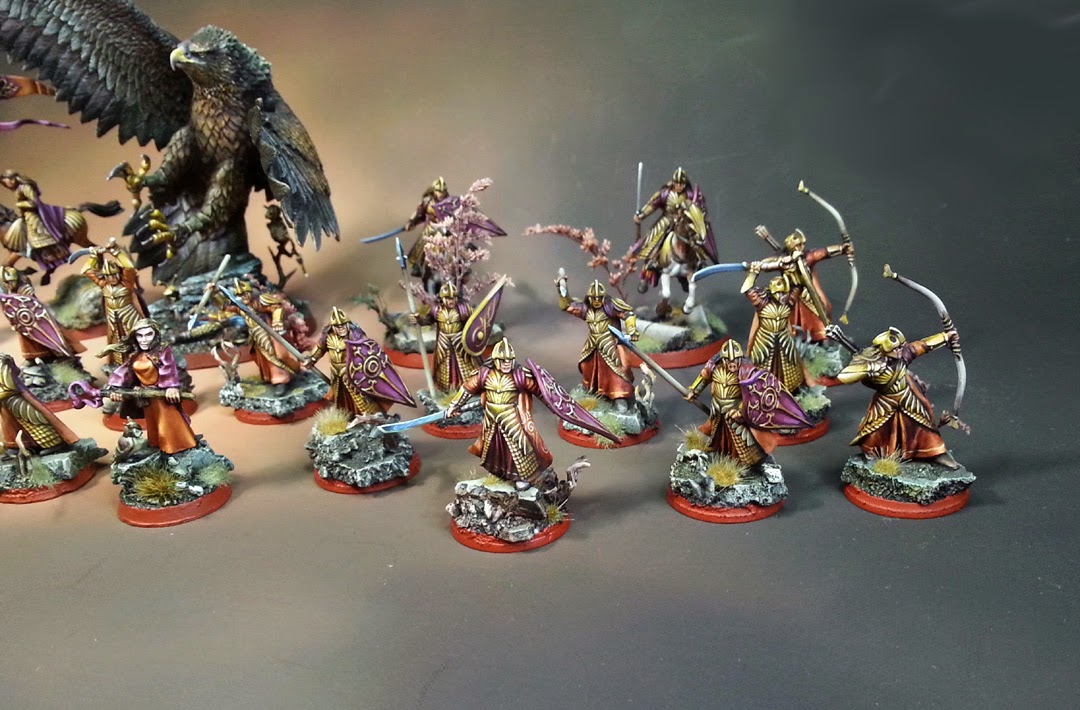 They could reach out and touch some random isolated figure here and there, which not even Gwahir could reach.  You could not count on it, but at least the option was there! 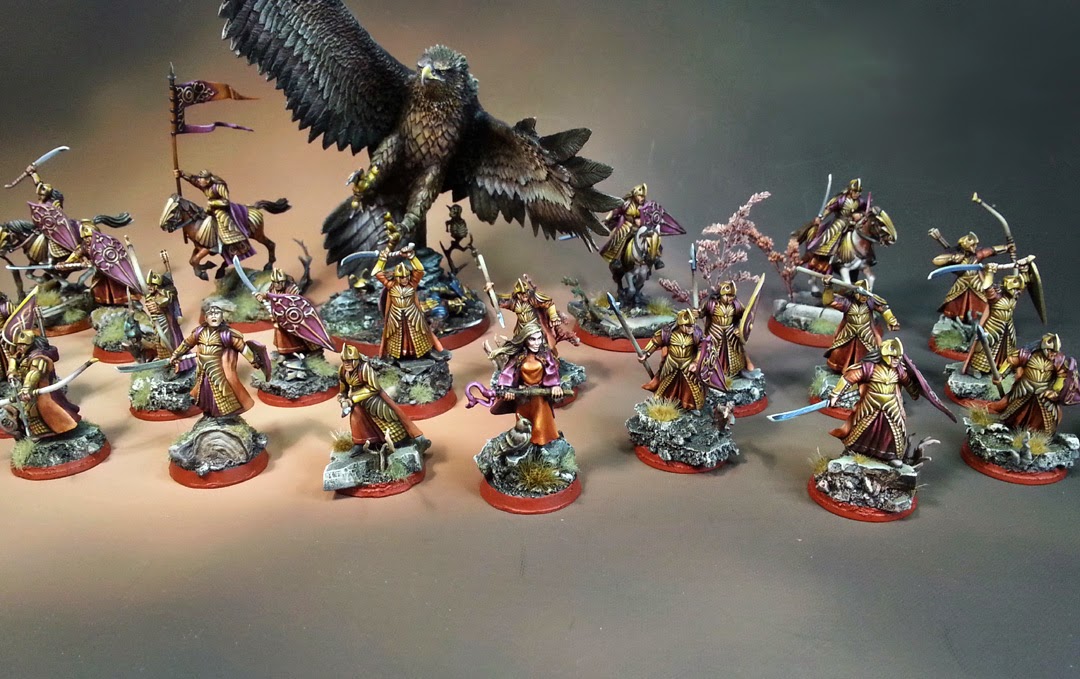 Posted by wappellious at 9:59 AM 2 comments: