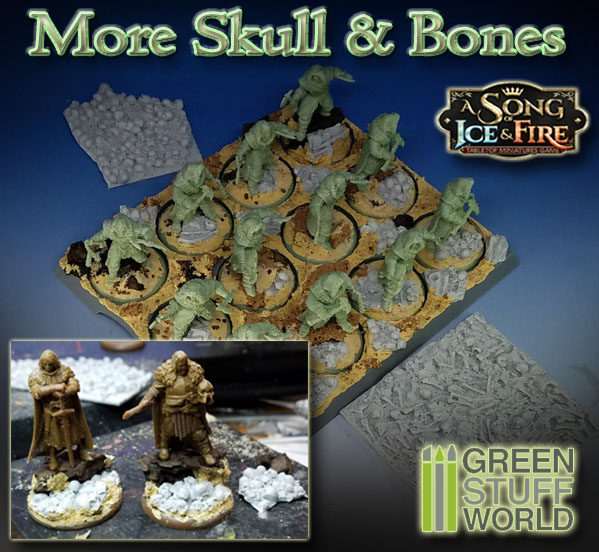 Last week I experimented with the Green Stuff World texture sheets for the first time, and the results were very good.  Those bases were sightly larger, and I was curious to see if those textures could be used on smaller bases.

The Boltons and Free Folk Raiders seemed to be the ideal candidates for these tests! 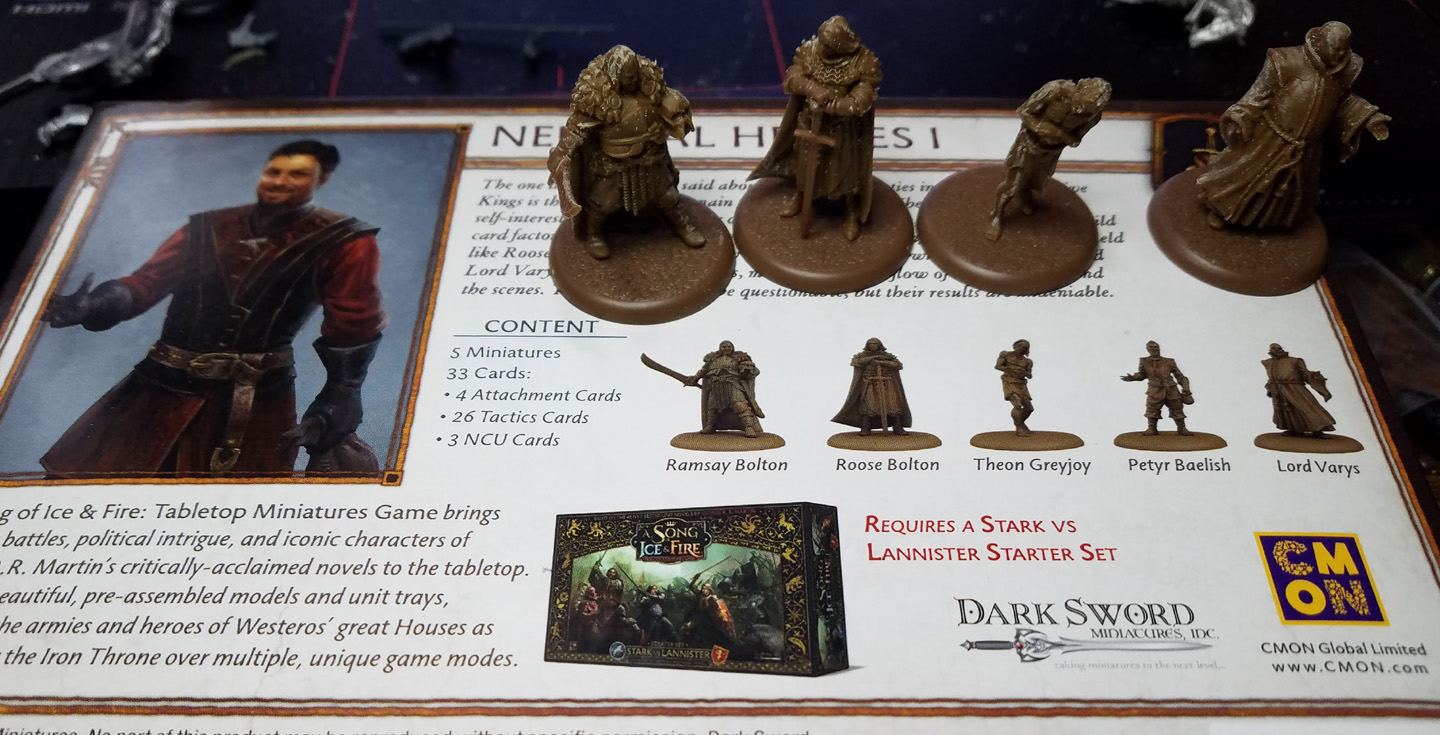 In addittion, I tried out another texture roller sheet for the NCU's.  It is one that I had been saving for just the right miniatures and what better than Song of Ice and Fire! 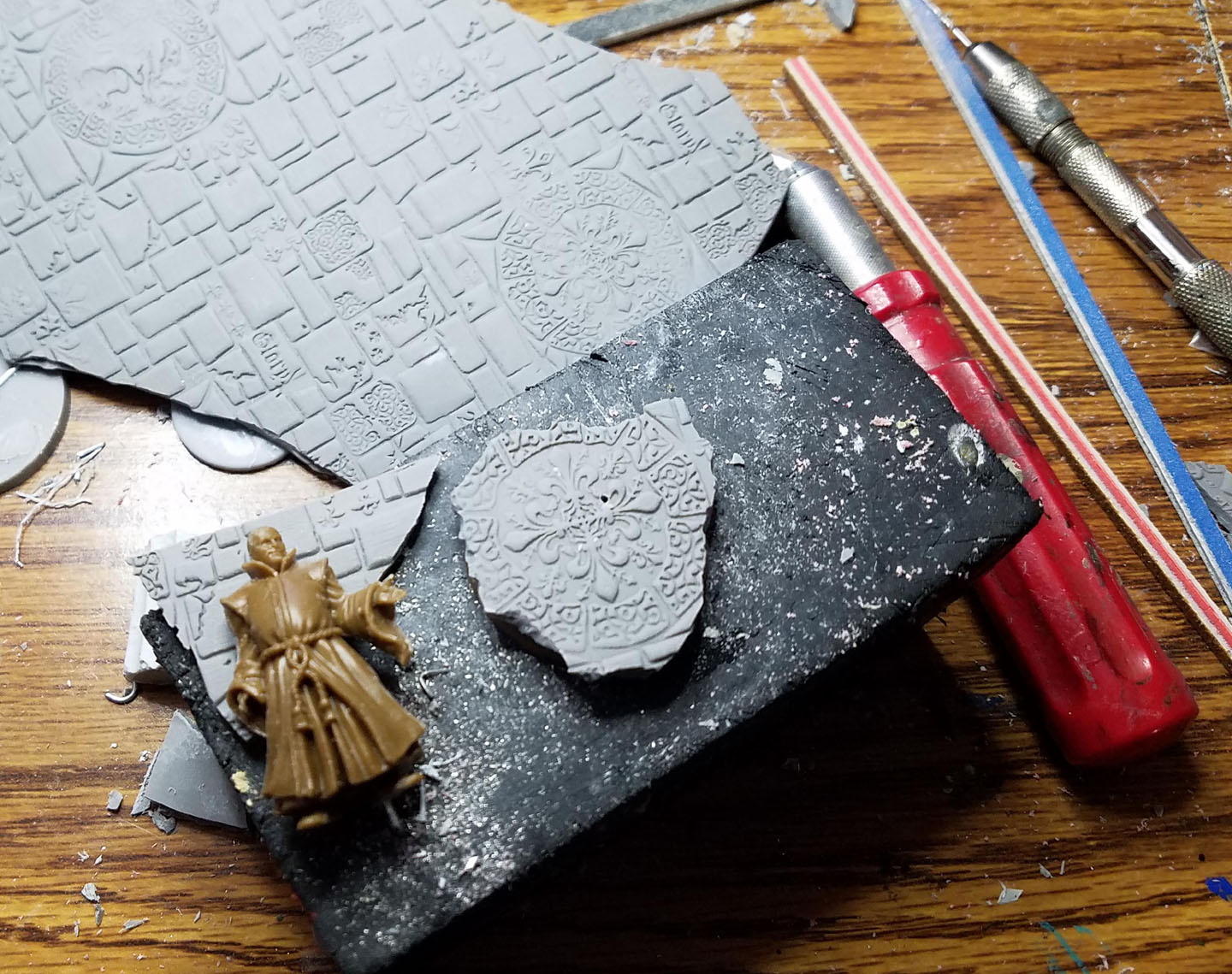 I have many articles showing how I work with the Sculpey and the rollers, such as this:  https://wappellious.blogspot.com/2018/04/rolling-on-to-victory.html 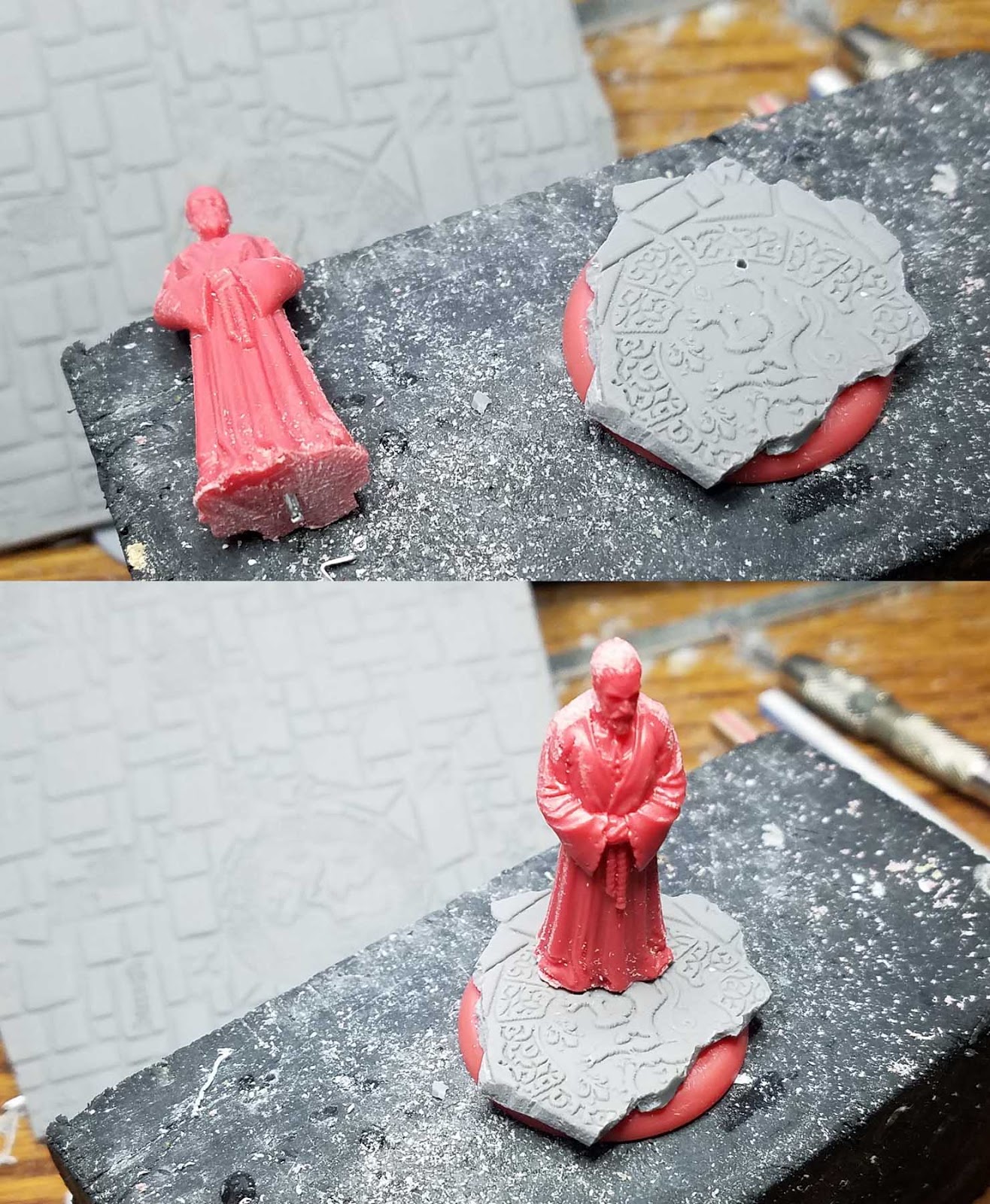 Now to the skull and skeleton textures!  The Roose Bolton had to go on a base like this after I was shown a few scenes from a Game of Thrones episode... 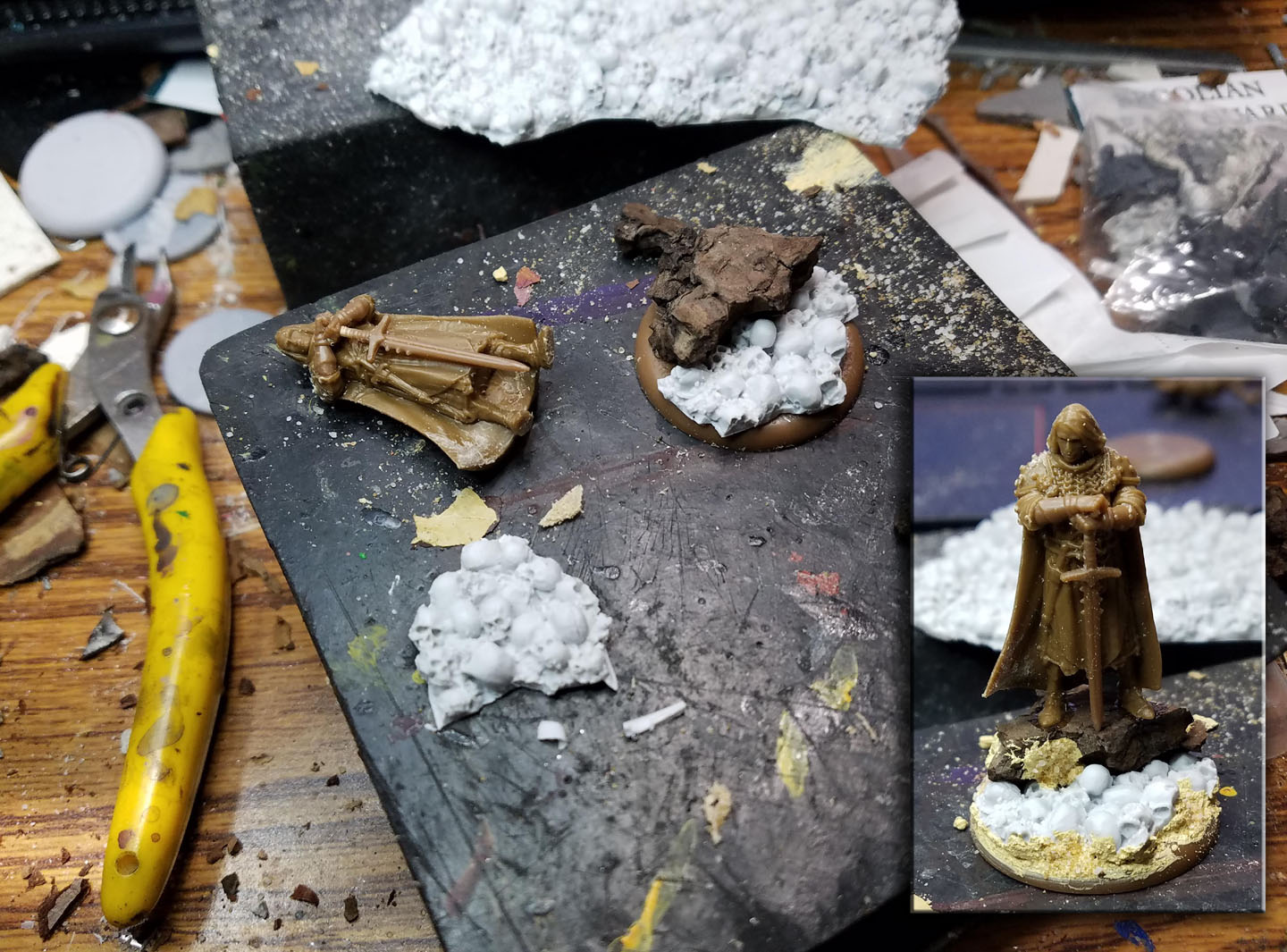 I used a little bit of the oxide pastes to mesh the edges of the texture sheet with the cork and base. 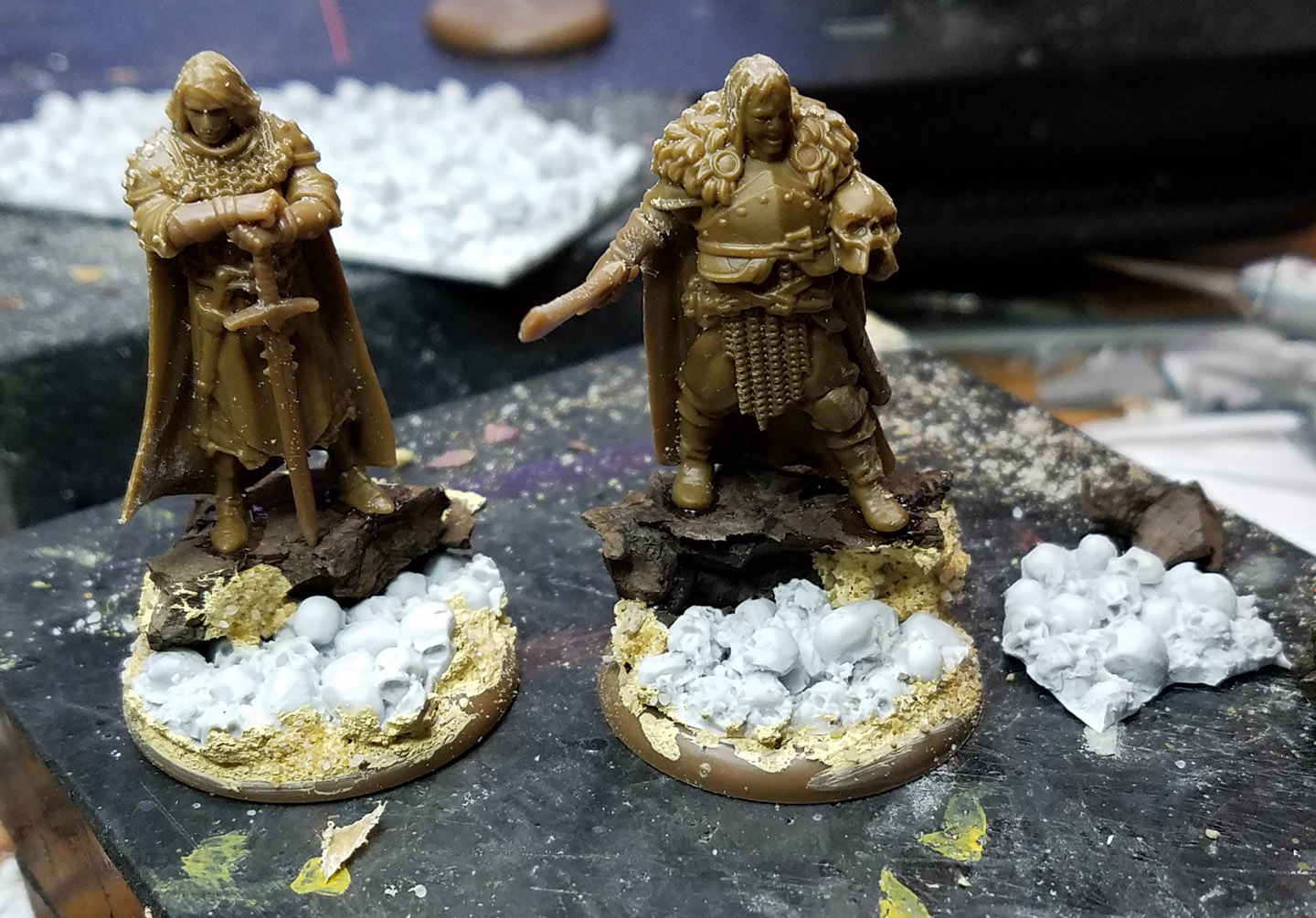 I had to try it on one of the Savage Giants too!  You can see what the other type of basing looked like in a previous tutorial: https://youtu.be/1LvJv3dyjEw

The biggest challenge would be one of the units, since whatever I did with the bases would also have to work on the movement tray. 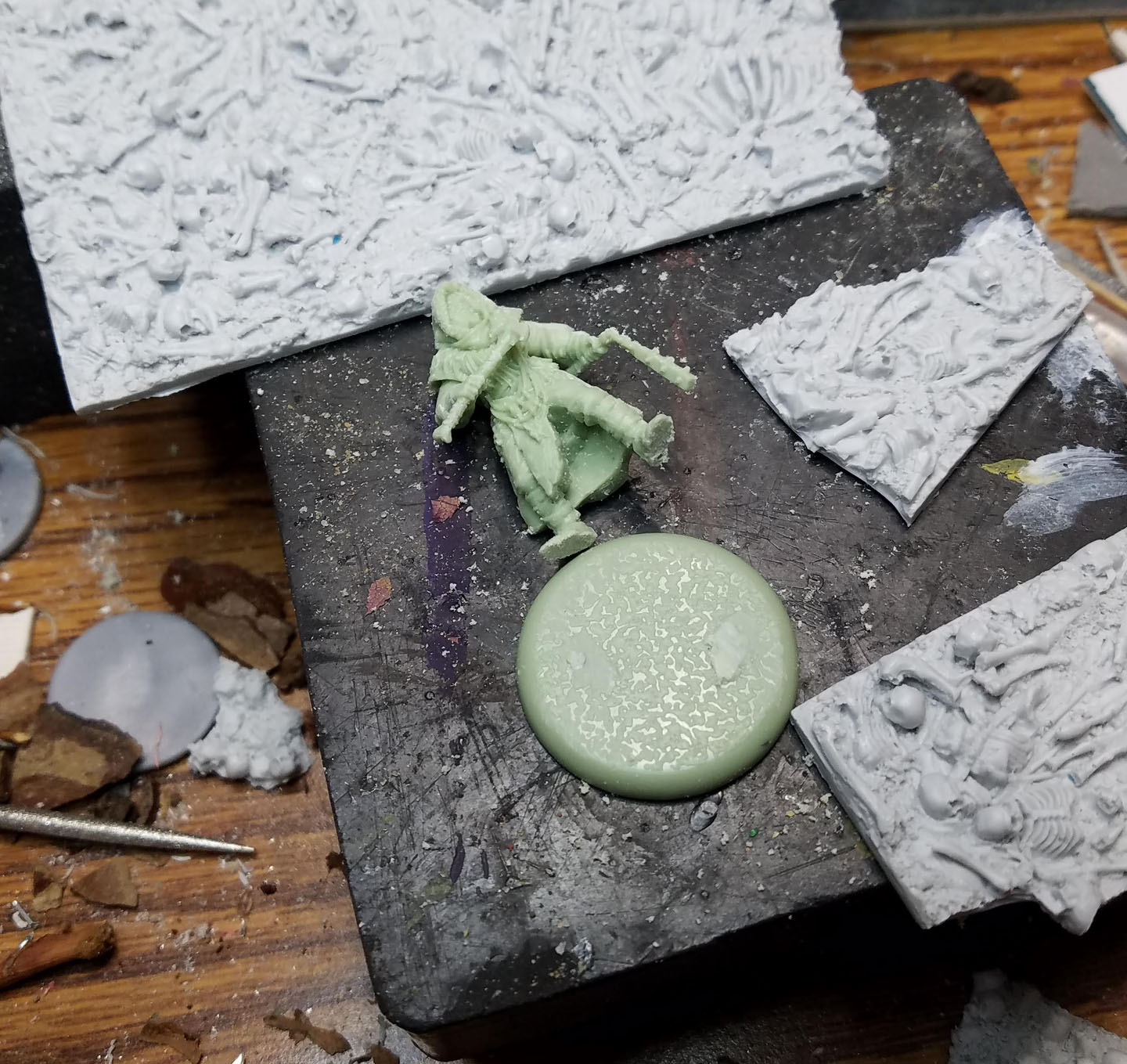 I discovered that the material could be snapped off in pieces far easier than I first anticipated.  I thought that you had to use a clipper or snip of some kind, but it turns out that there are some natural "break points" where it is thin enough to snap off a small piece without ruining a key texture. 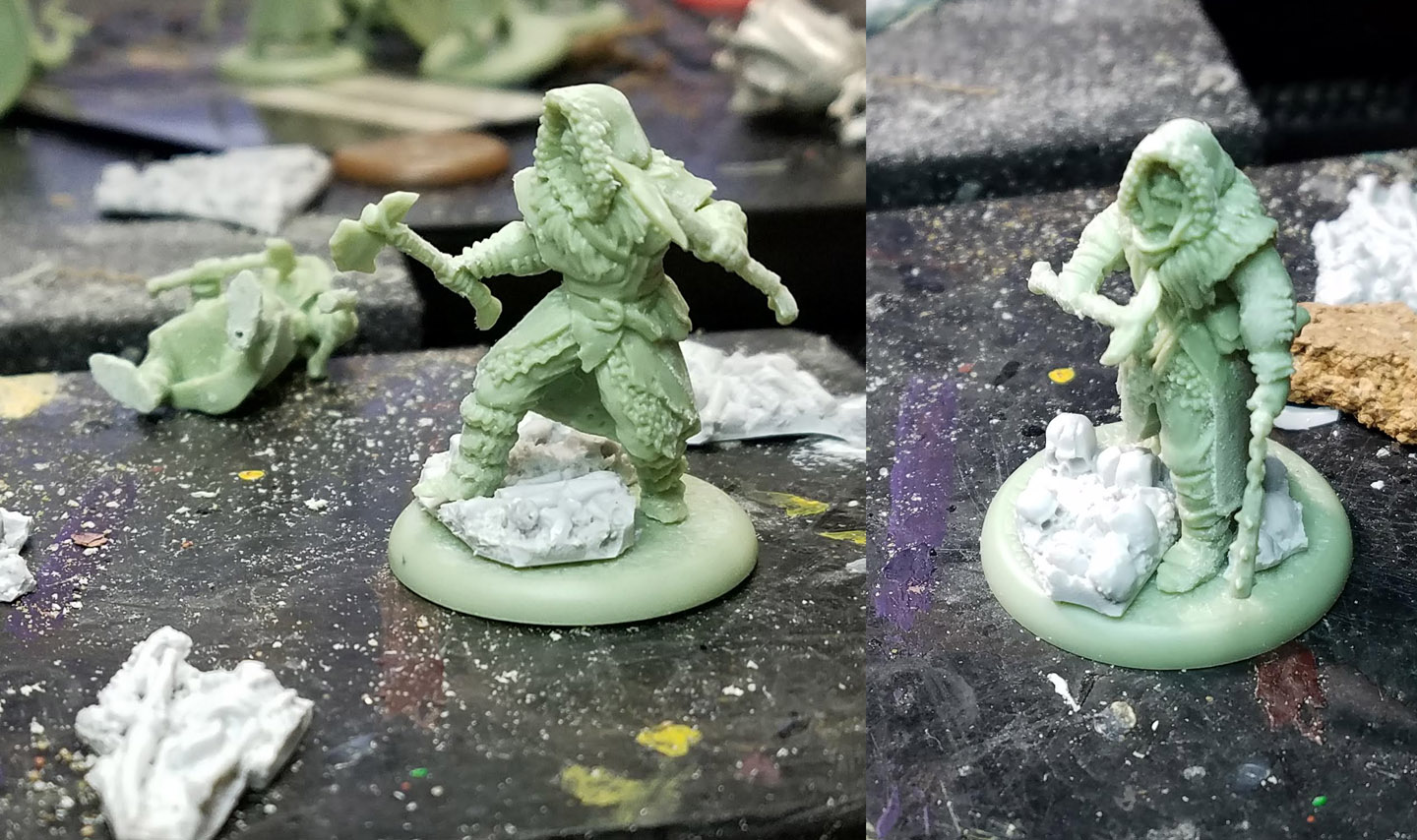 Just as I would with the tree bark, I made several pieces that could go in the gaps on the tray between the figures, trying to maintain the same sort of texture that was placed on the closest figure's base. 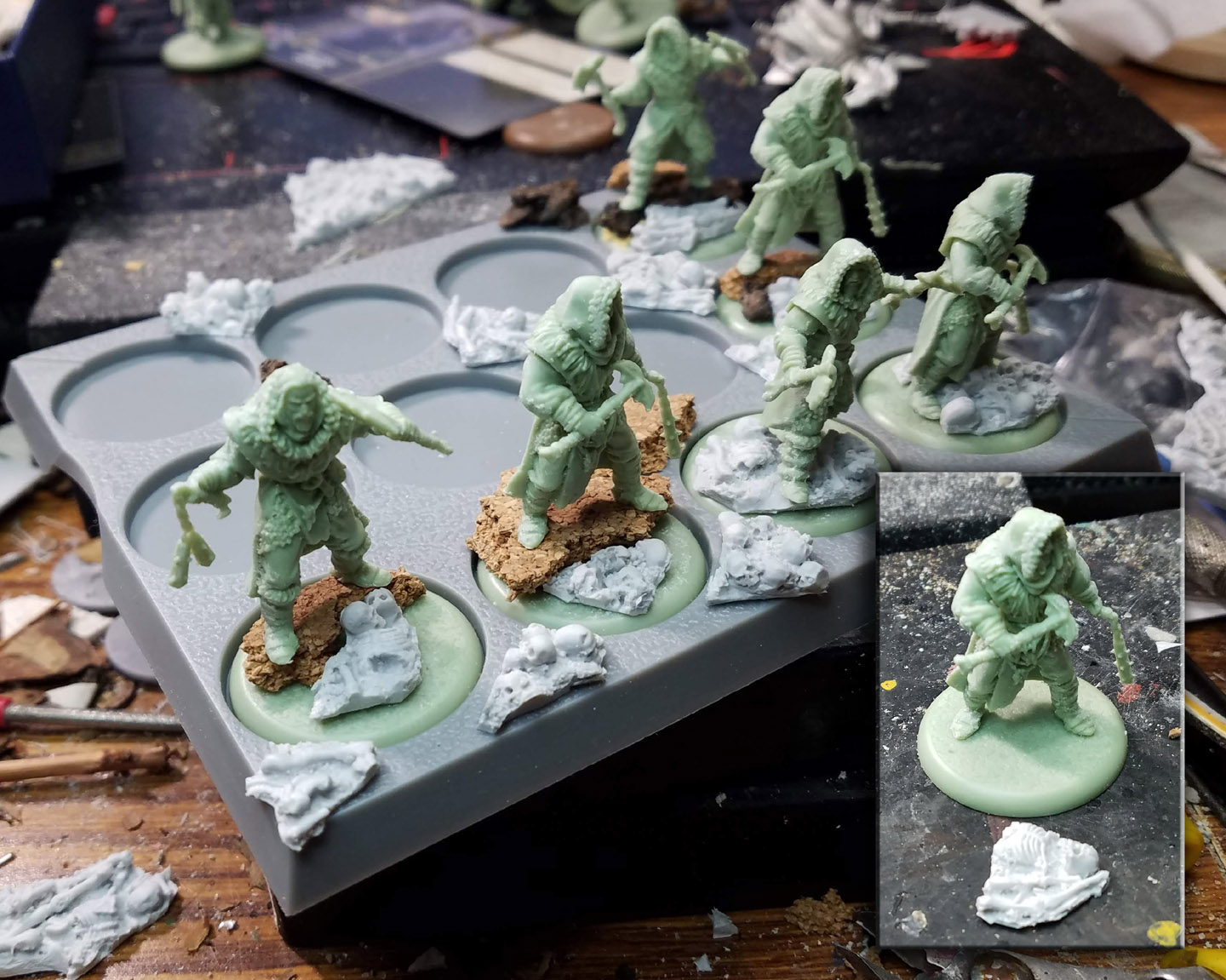 A few types of cork also filled out the tray, giving some of the same poses a different look just by changing the height.

Once again, I employed some of the texture paste to blend things together. 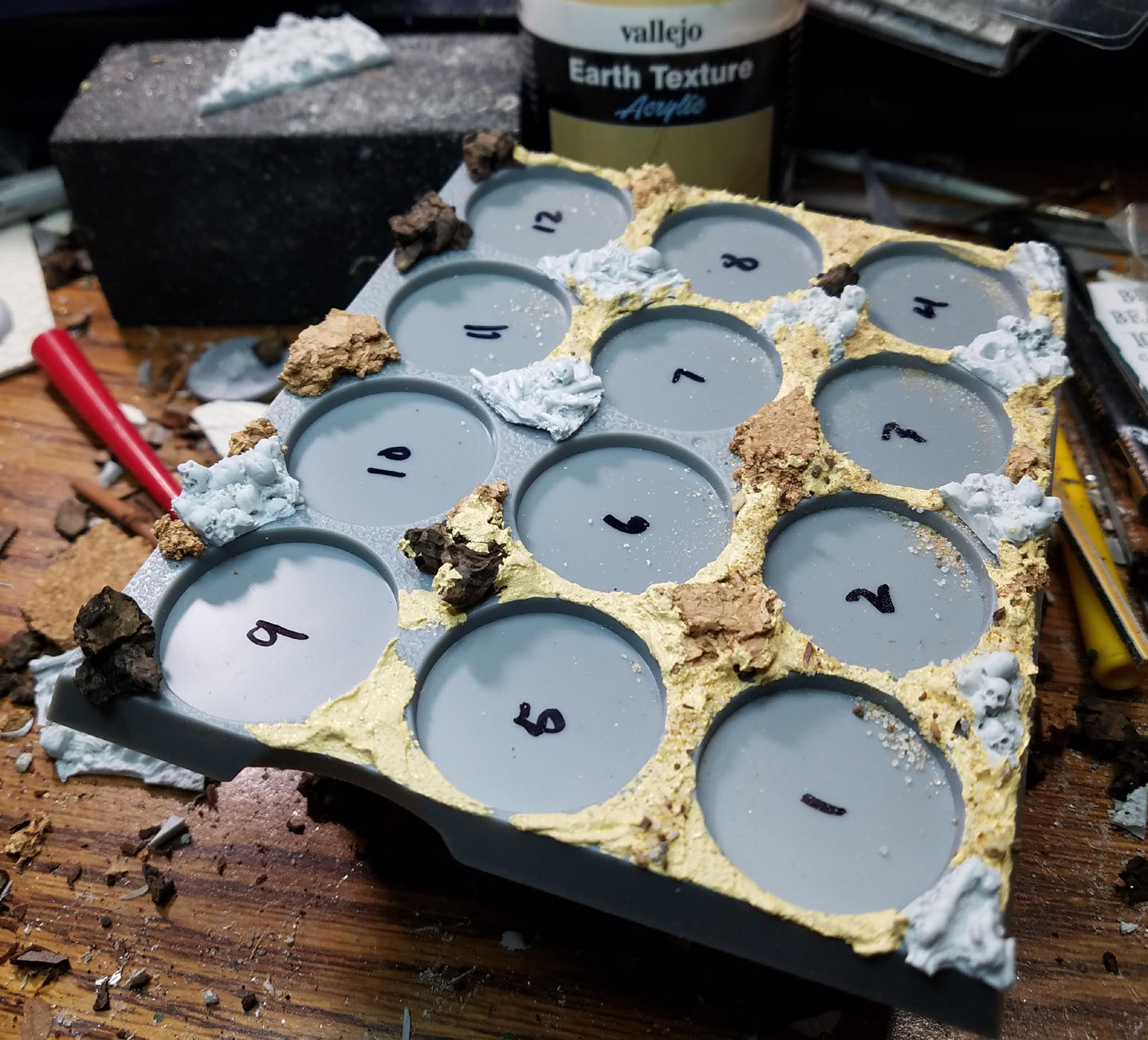 Here's the movement tray and miniatures!  Ready for priming!  You can see how I have done the basing of a typical Song of Ice and Fire unit in this video:  https://youtu.be/INPfPLCTZcE 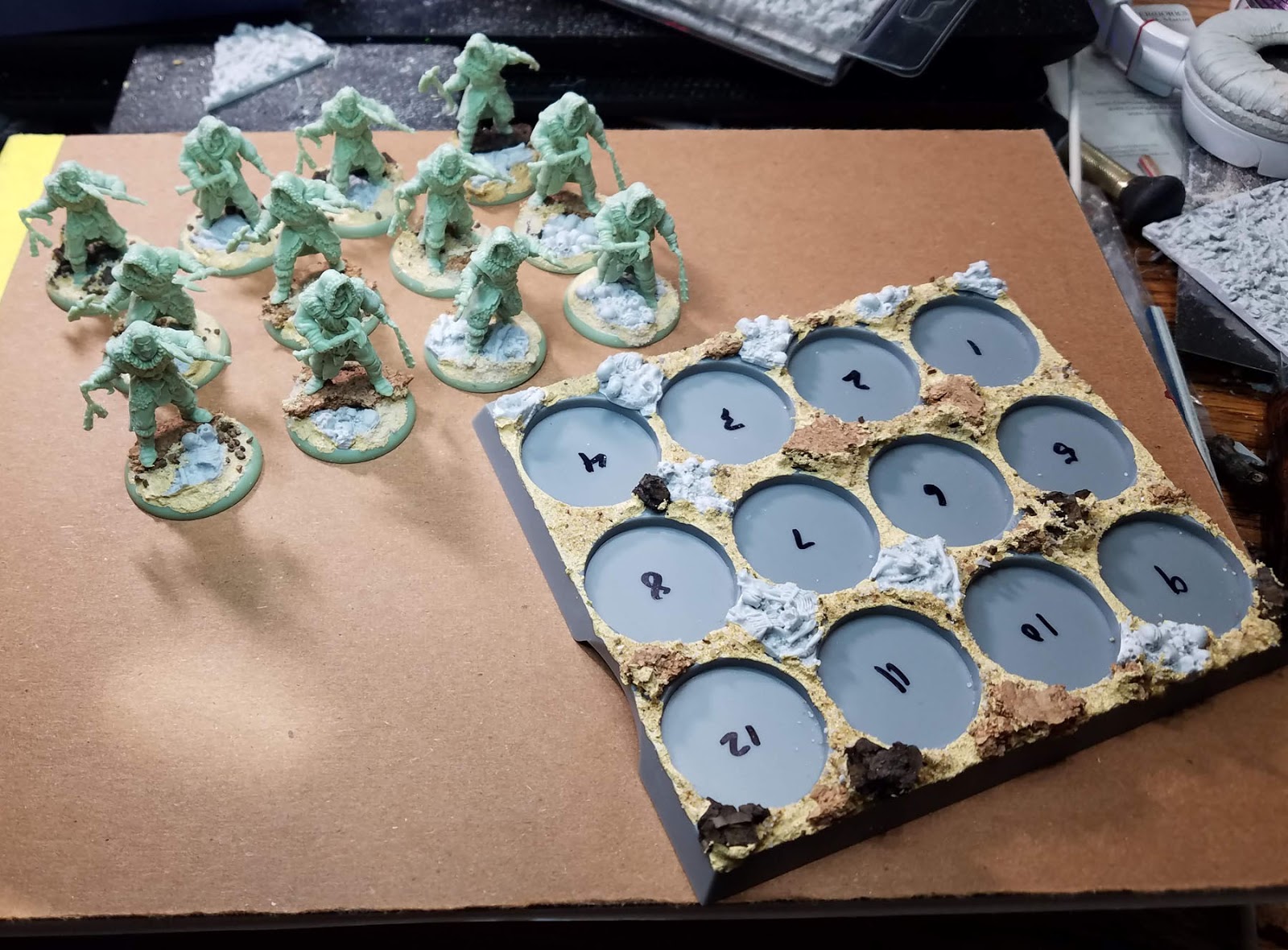 Basing episodes such as these are part of every Army Painting series on the Patreon page.  That pledge level is $15 per month, and brings you 15-20 hours of content!  Not just basing, but plenty of painting as well! 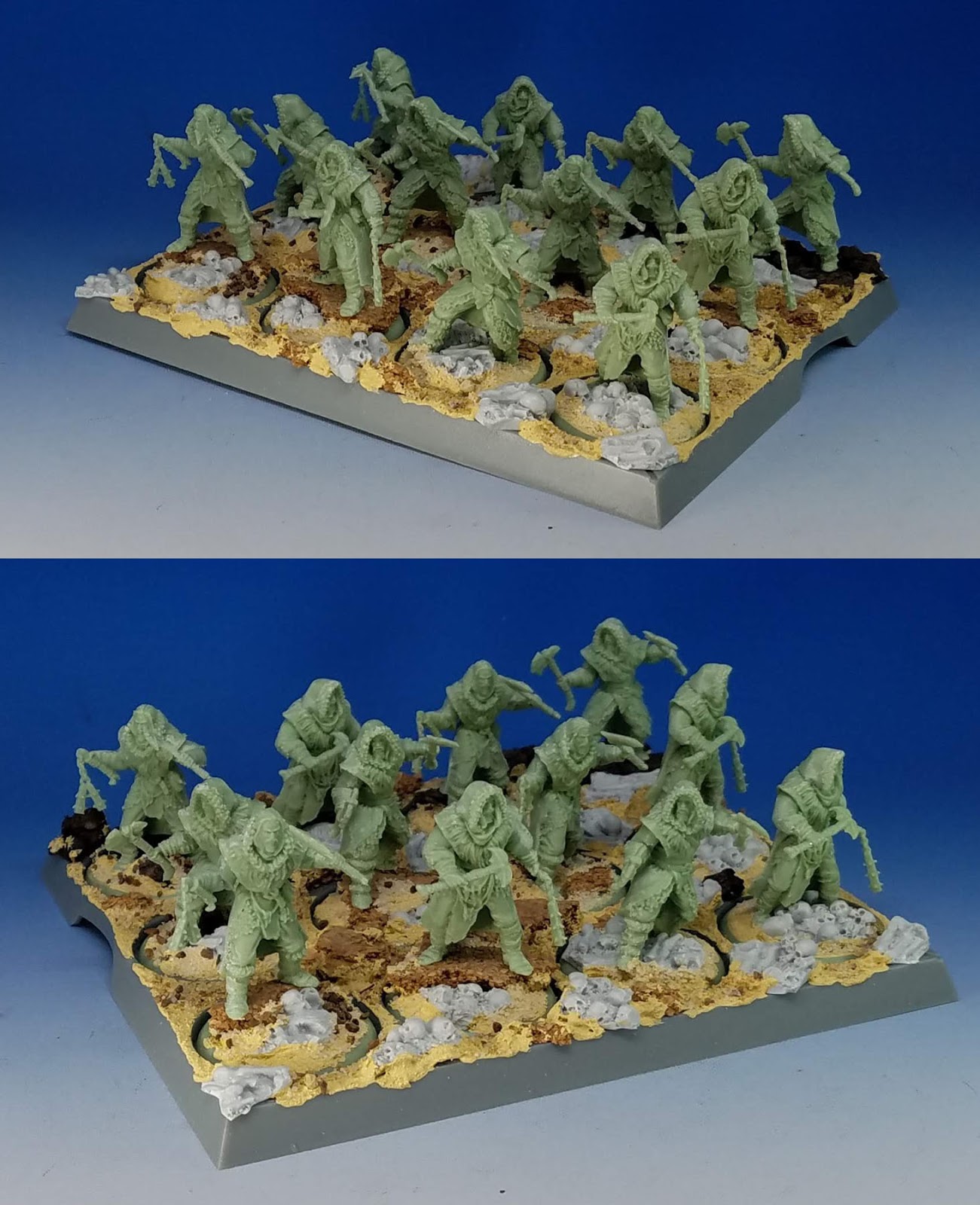 Here's a link to the page... I cover every type of material, technique or combination of those in every single tutorial! www.patreon.com/JamesWappel 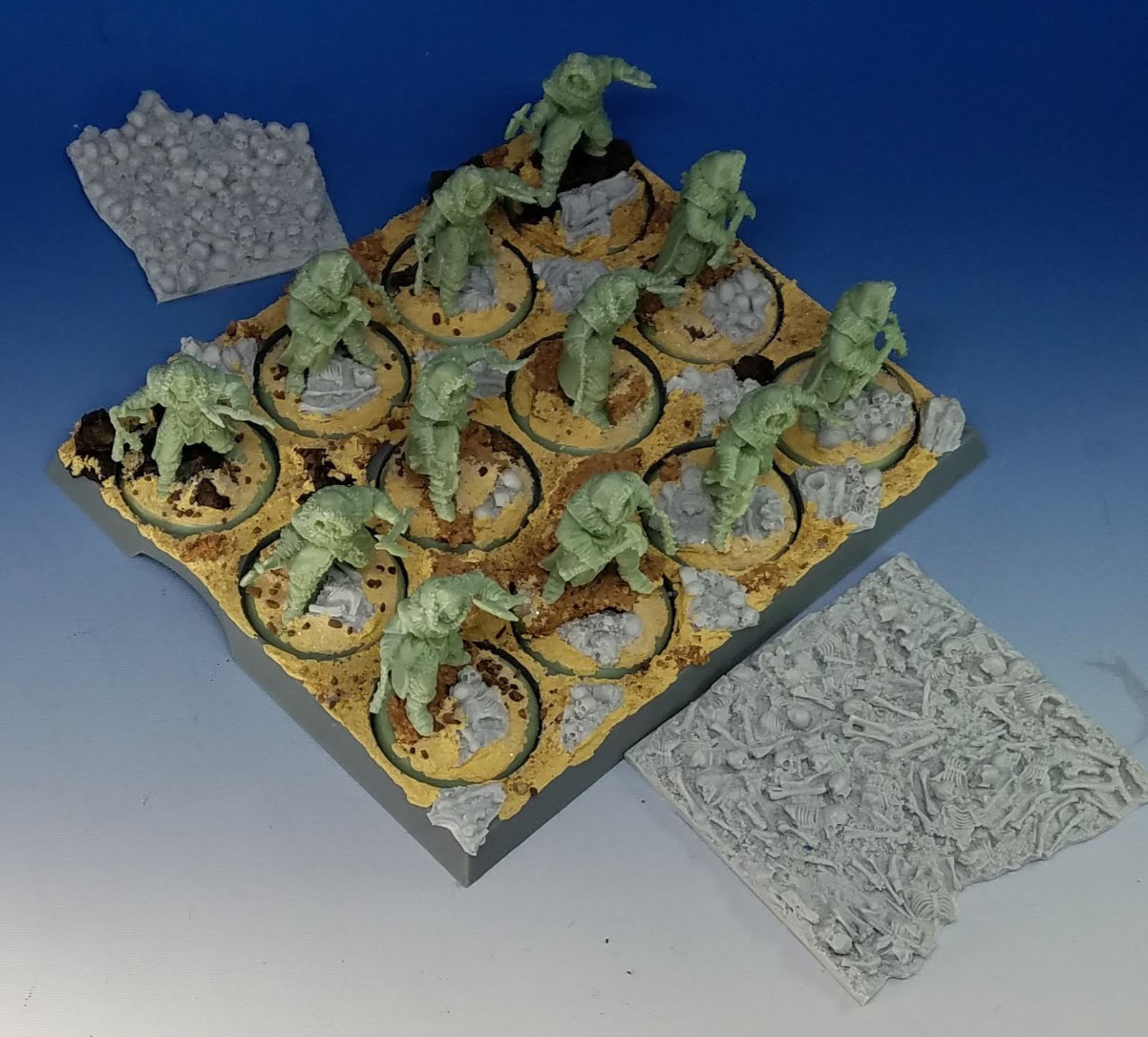