By the Comet's Light 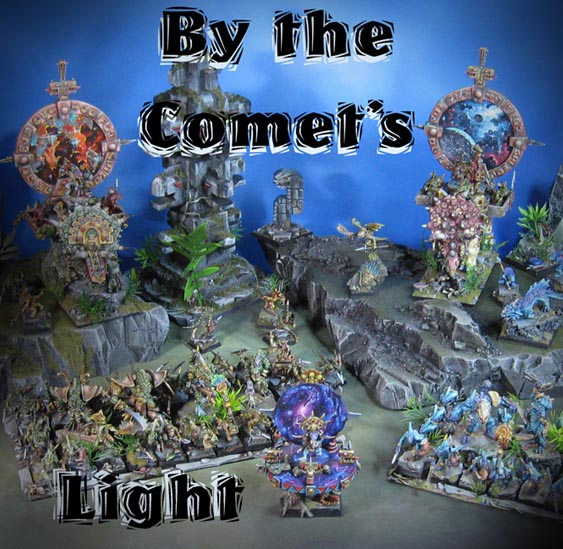 In my world, the Old Worlde still exists, and that includes the jungles of Lustria!

In that jungle resides Tette 'Ekko, or Baby Babo, as I always referred to him. 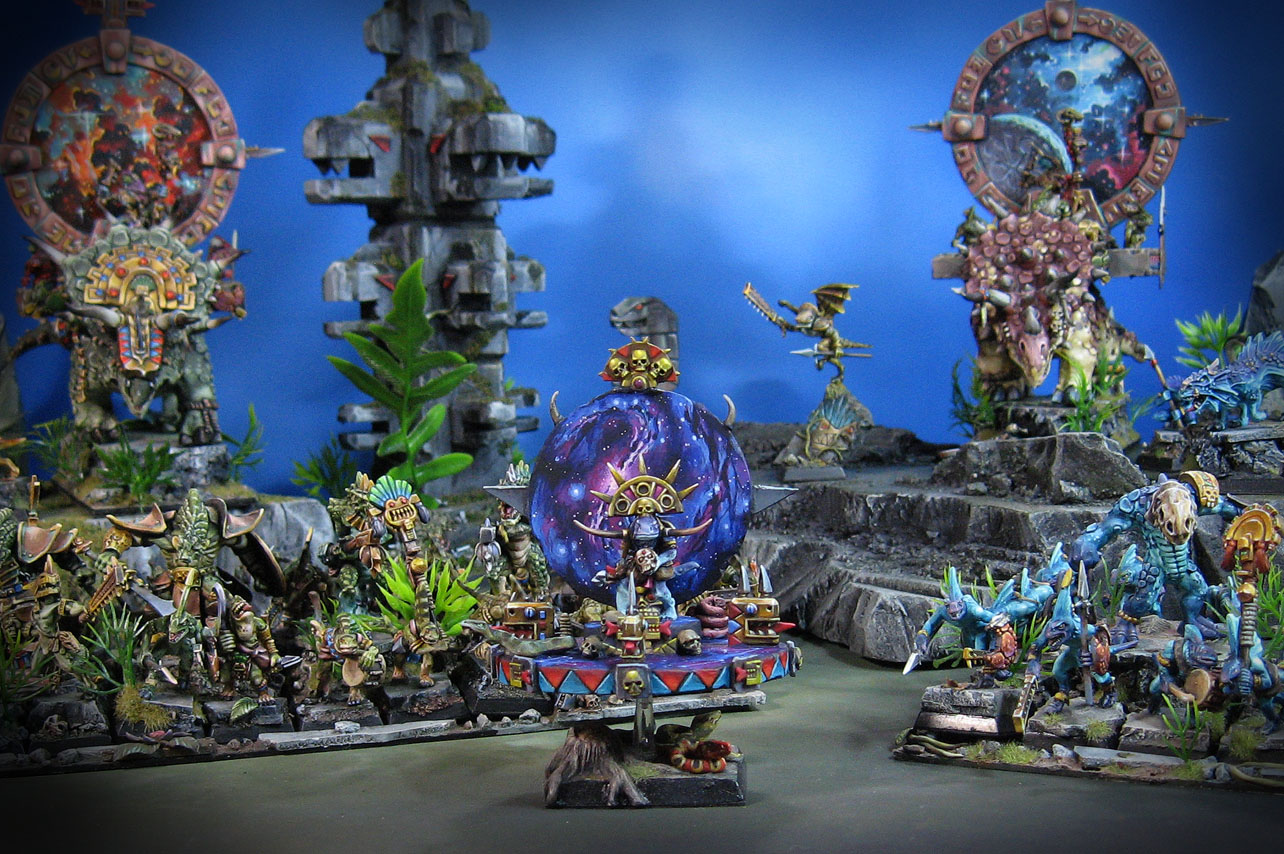 That was a scratch built figure that always went with my Skrox army.  Yes, tons of skinks and Kroxigors!!  This close up shows the Skink Tank.  Back in the day, this unit could take down monsters on the charge with its poison javelins. 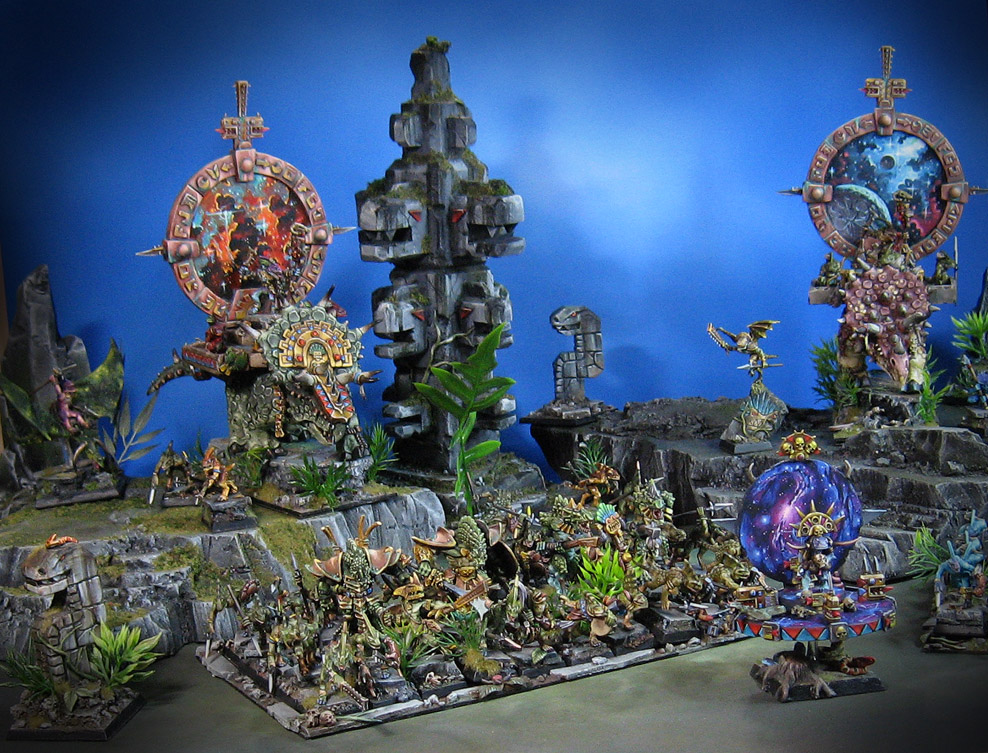 I had a number of these "Skrox" units, which I called my foot cavalry.  They moved almost as rapidly as some heavy cavalry. 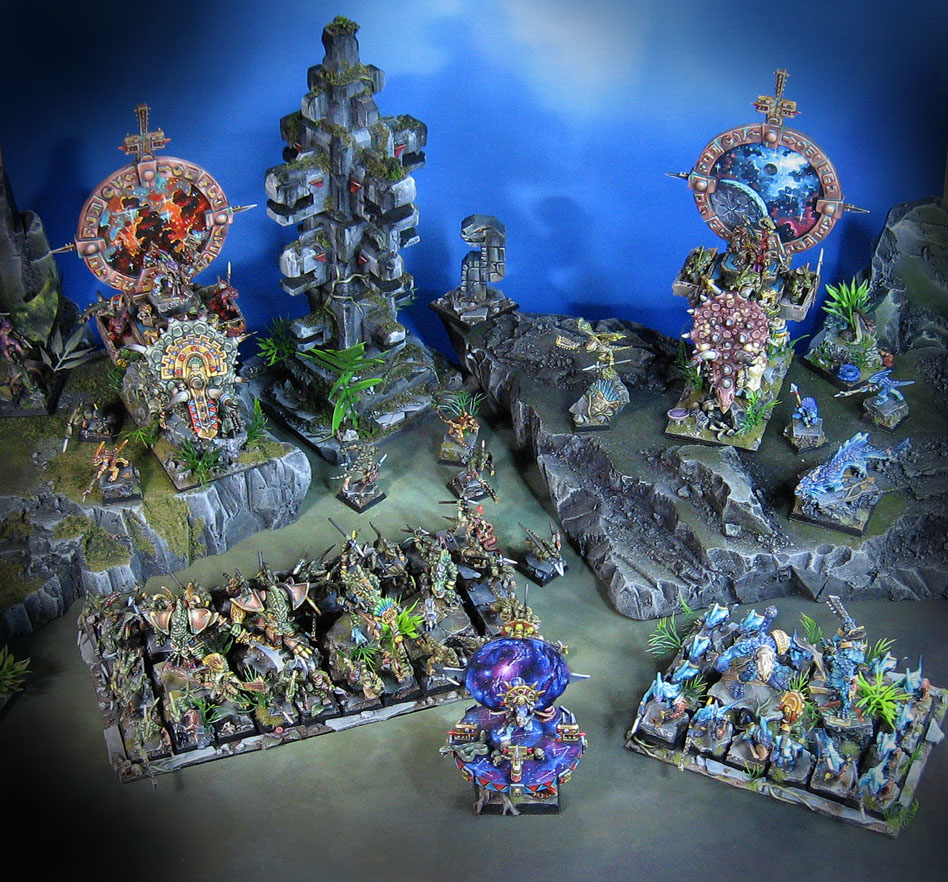 The regular small units would each have a little surprise inside... some kind of skink chief with a sneaky weapon, etc. 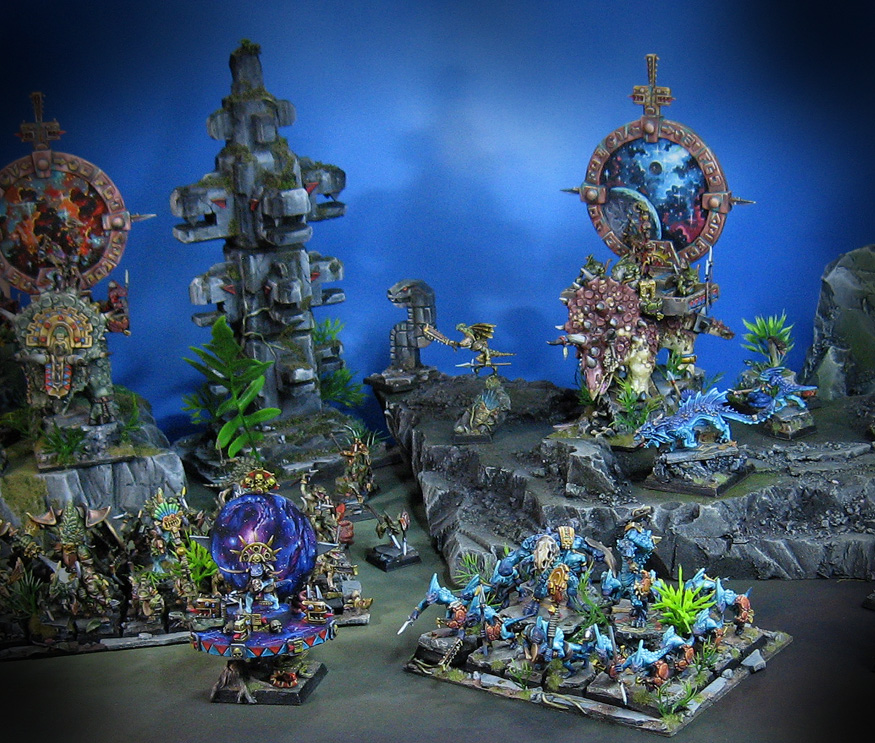 It was Baby Babo's job to drop down comets from the heavens.  I would often choose to re-roll the entry of the comet, so that its delay increased its power! 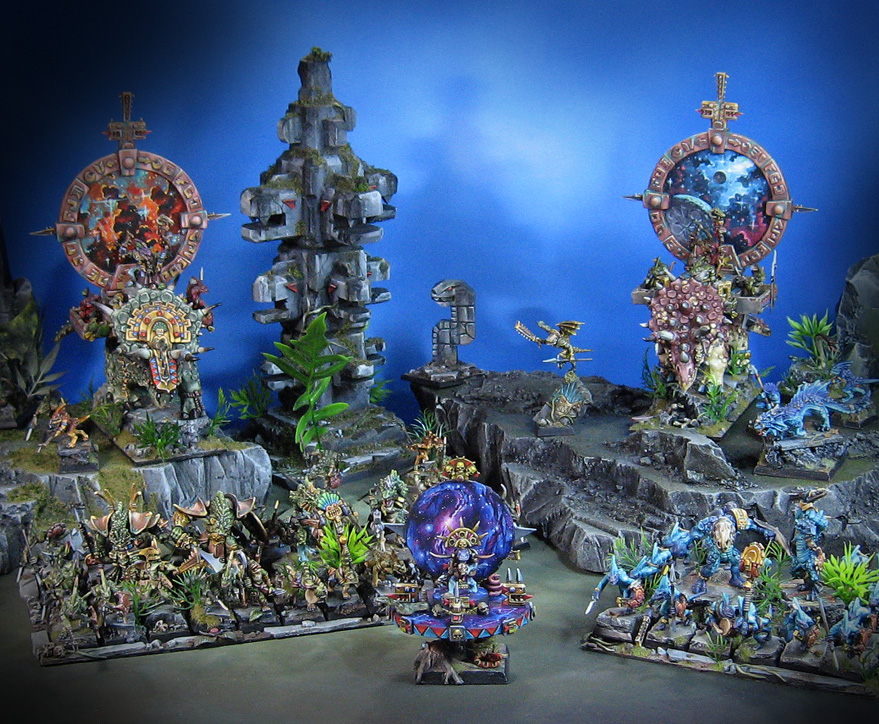 There are a few articles on the blog which shows some WIP images of Baby Babo, along with dozens more on the various skink units.  Check out some of the battle reports to see them in action!!! 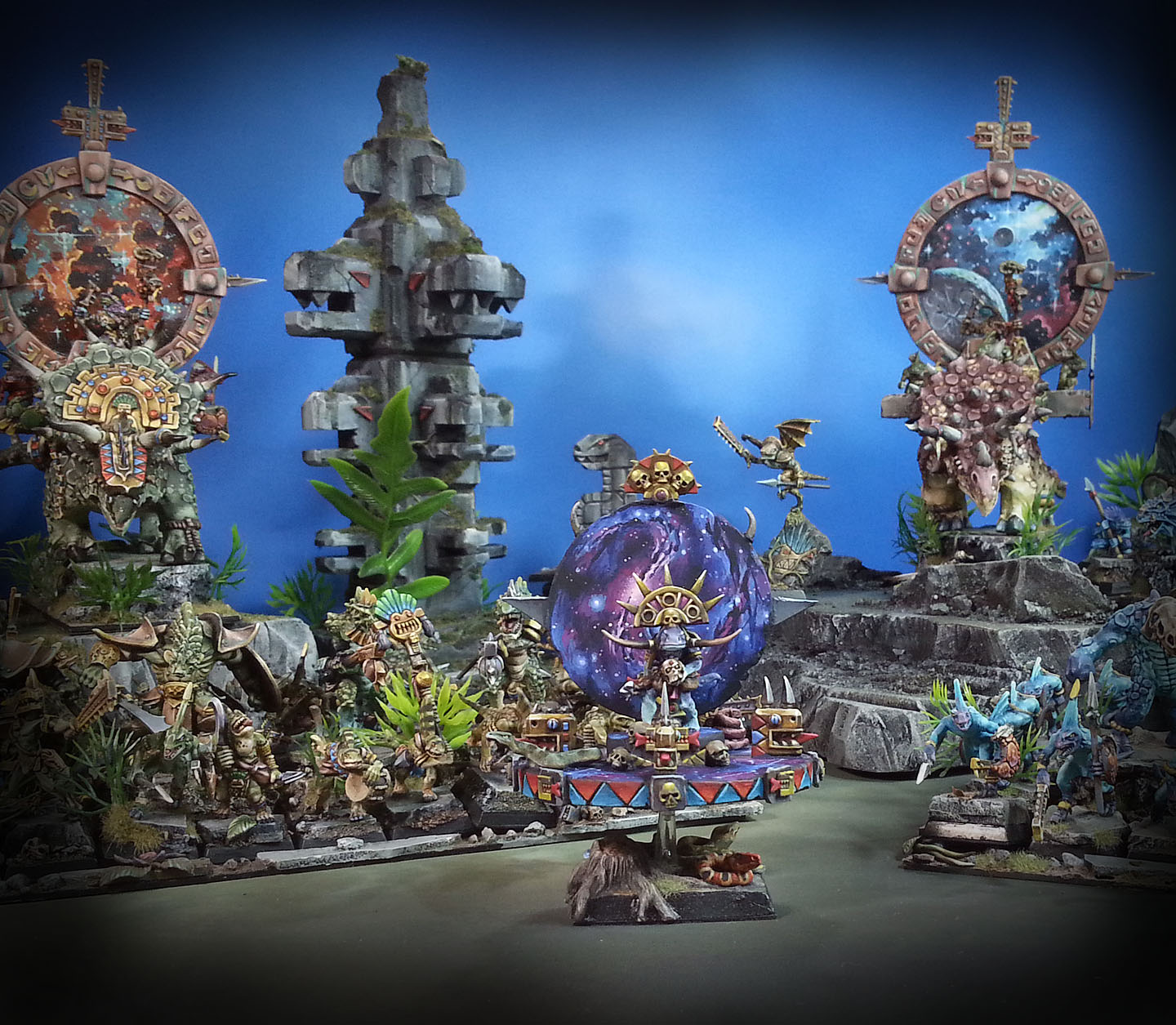 Posted by wappellious at 3:17 PM 2 comments: 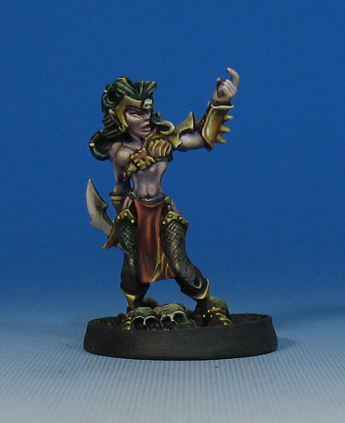 I forgot how much fun these classic Dark Elf figures are to paint!  It's been at least 8 or 9 years sinceI last painted one.

Most of the metal figures I have like this were converted into Hekatrix Blood Brides, but I still have a few in "original condition" ;-)

Posted by wappellious at 2:04 AM 4 comments: