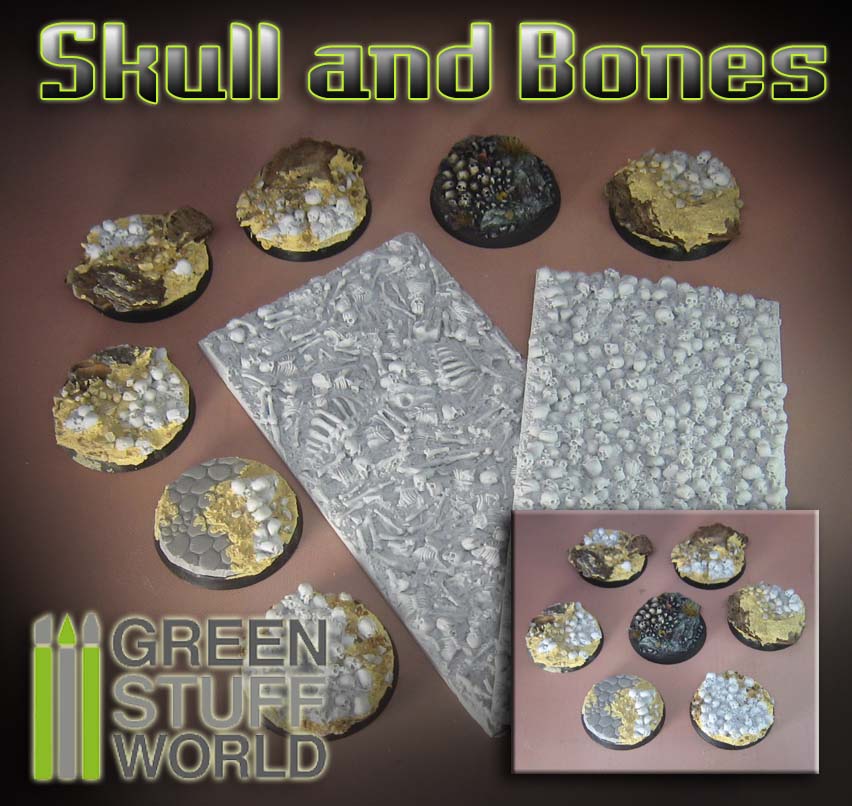 The latest Army Painting series begins as they always do, and that is with basing!  Here are some scenes from the first episode. 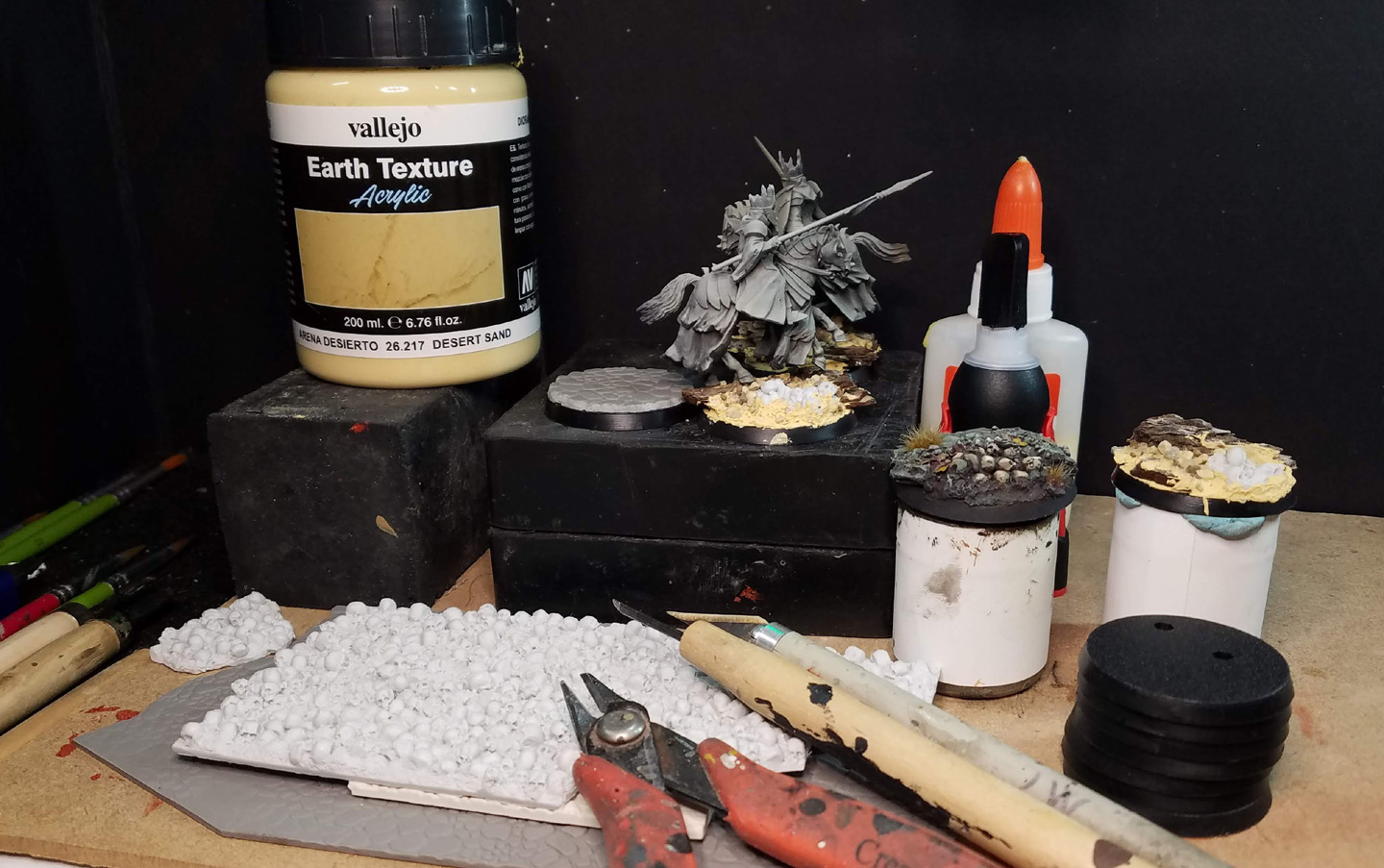 I will be working on a unit of Lord of the Rings Morghul knights, and I wanted to try out a new material.  That is the Crunch Times resin texture sheets from Green Stuff World. 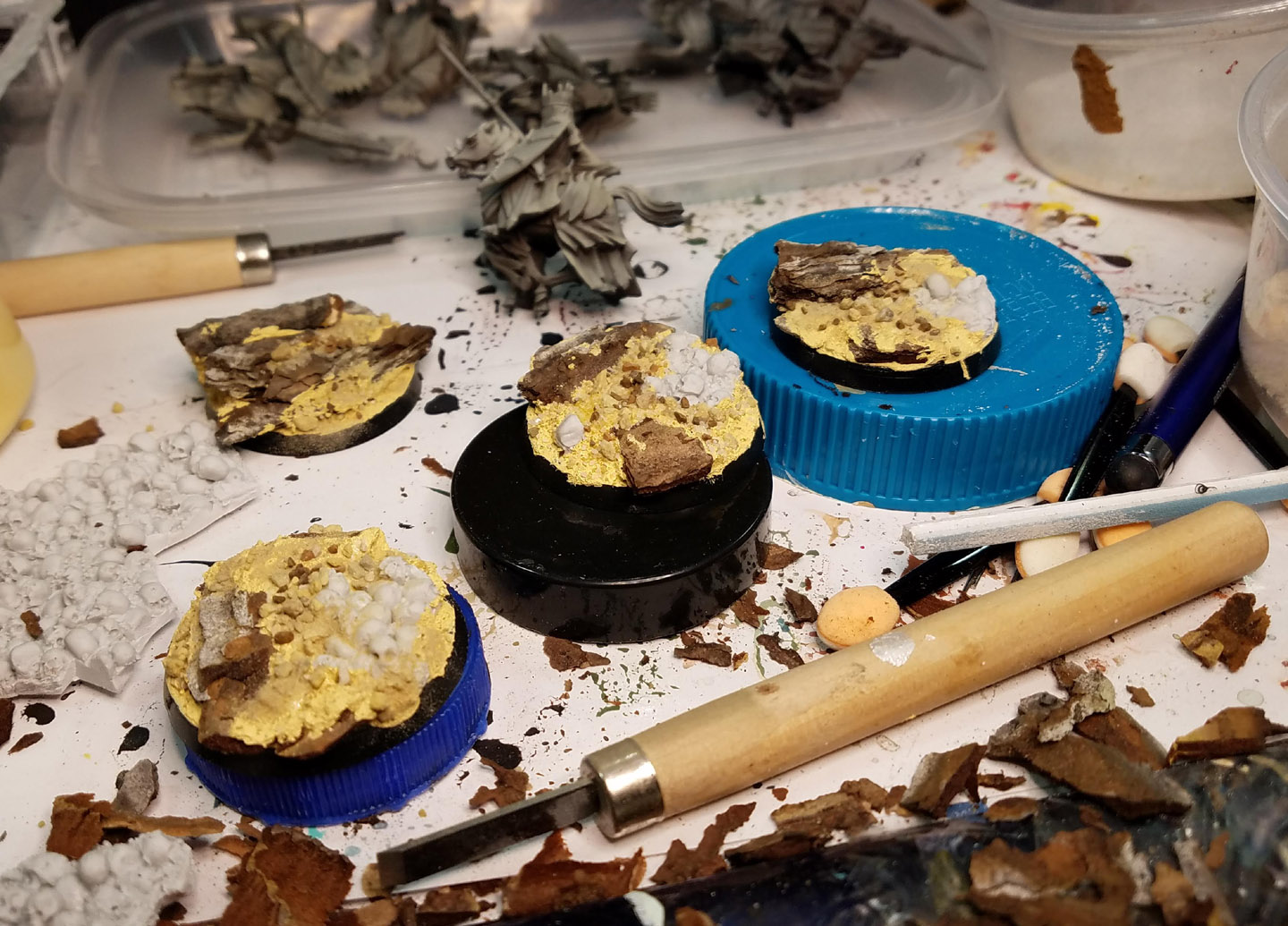 The idea was to create skull piles integrated into the usual tree bark and oxide paste style of basing.  I had been wanting to try this for a while, and this seemed to be just the opportunity I was waiting for! 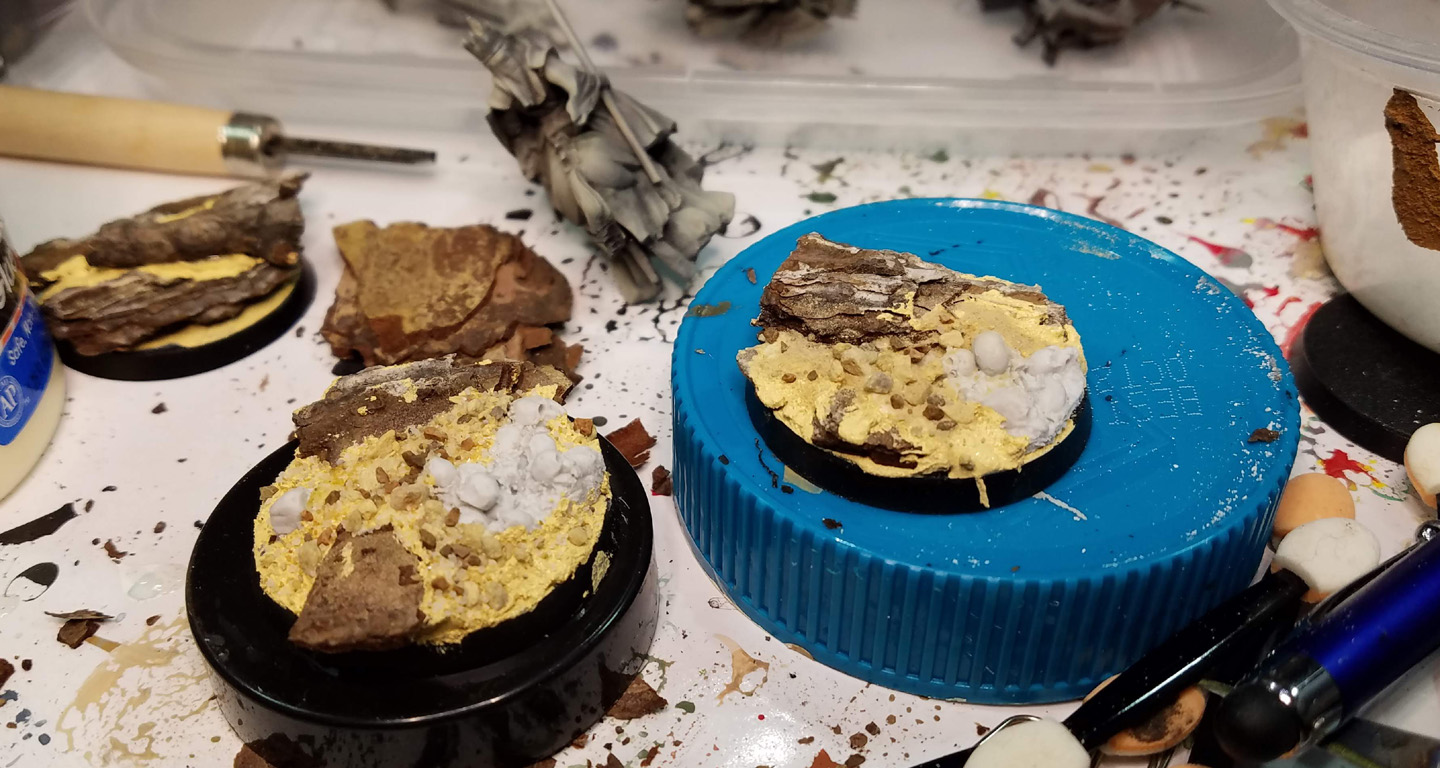 It was even more important than usual to think about the "footprint" of the figures, because horses can be tricky to get on a base.  That worked out better than I expected, with the help of the paste and some rocks/gravel. 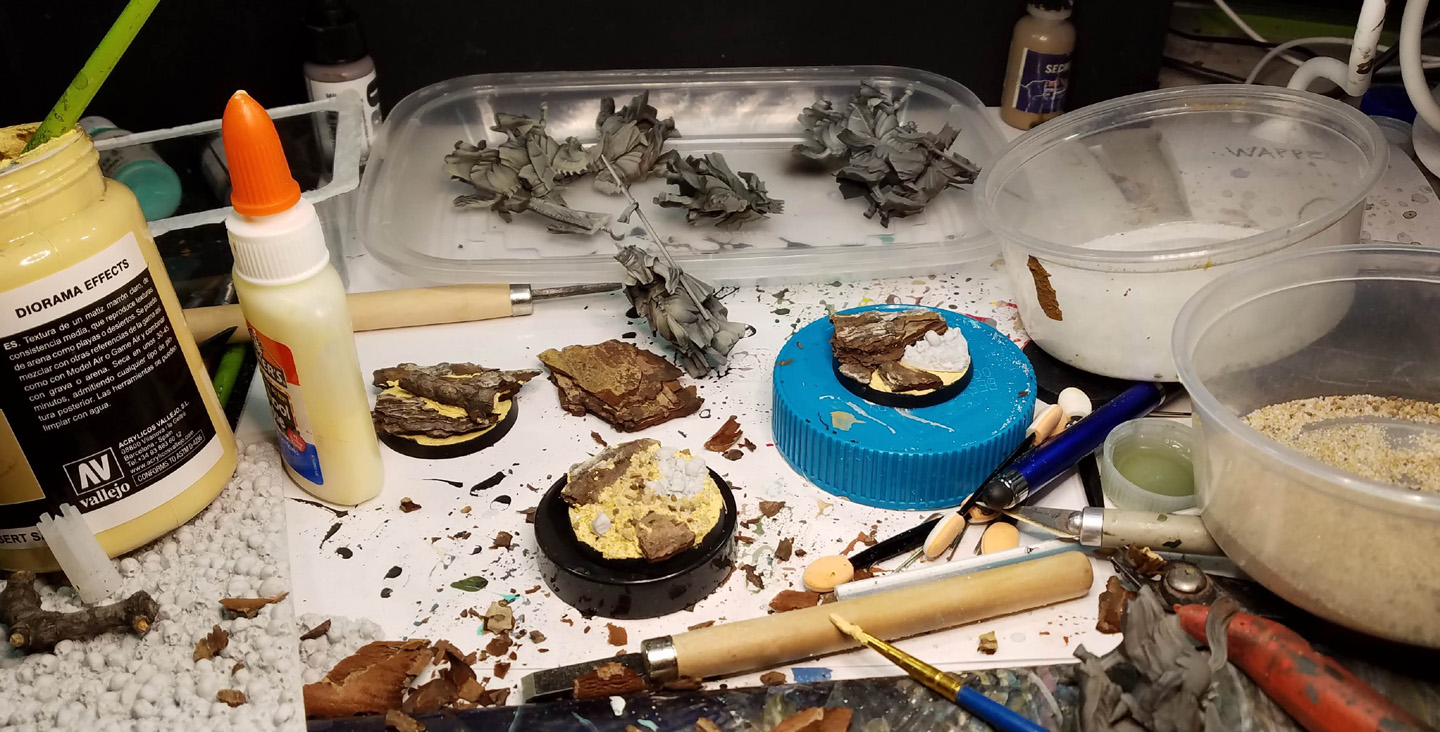 I am also making some bases using the texture rollers, lust like the oil painted Morghul Knight which is what I am going to match...https://wappellious.blogspot.com/2017/12/the-fall-of-mordor.html 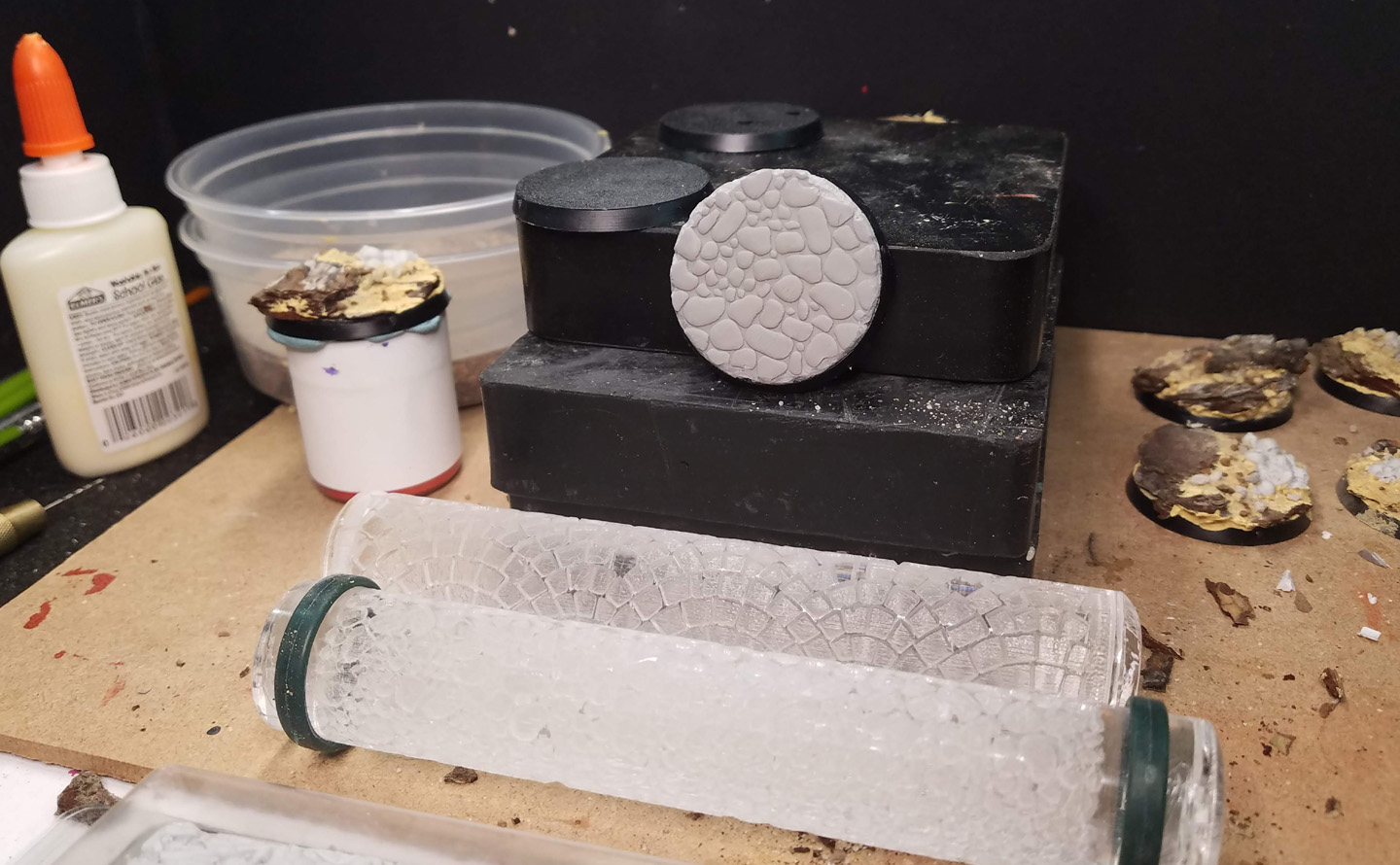 I made a variety of bases during the video, experimenting along to way to see what I could do with this previously untried material.  With each Army Painting series that I film, the goal is to try one new material or technique. 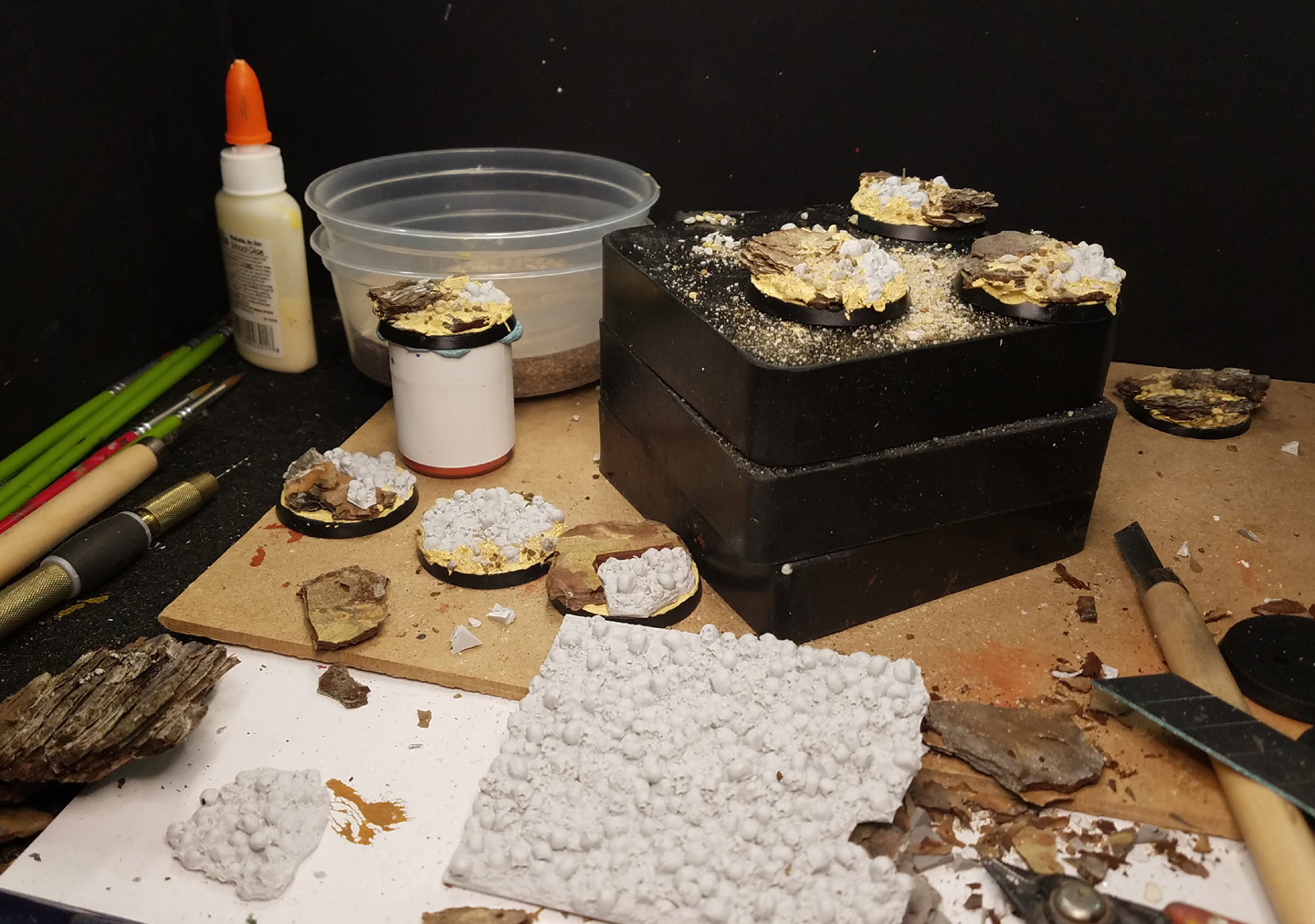 The results were very satisfying!  I was even able to combine the roller texture and the skull sheet on a base. 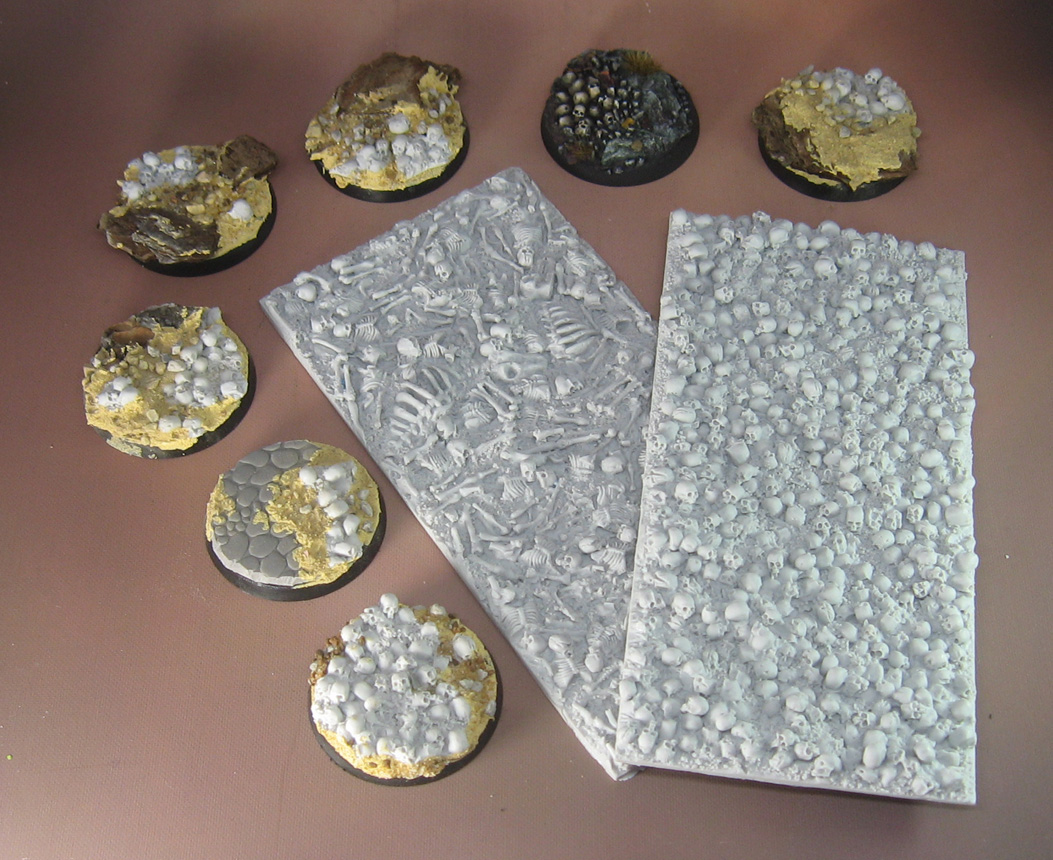 I also show the process of painting the bases before moving on to the second episode, which is always the color test figure.  A typical series is 5 episodes, and about 10-12 hours of running time.  It is hard to believe that this is already Series 7!  This is also my third series on Lord of the Rings.

I already have a series on my Easterlings and Army of the Dead.  Each of those covers a different type of basing, and various techniques. 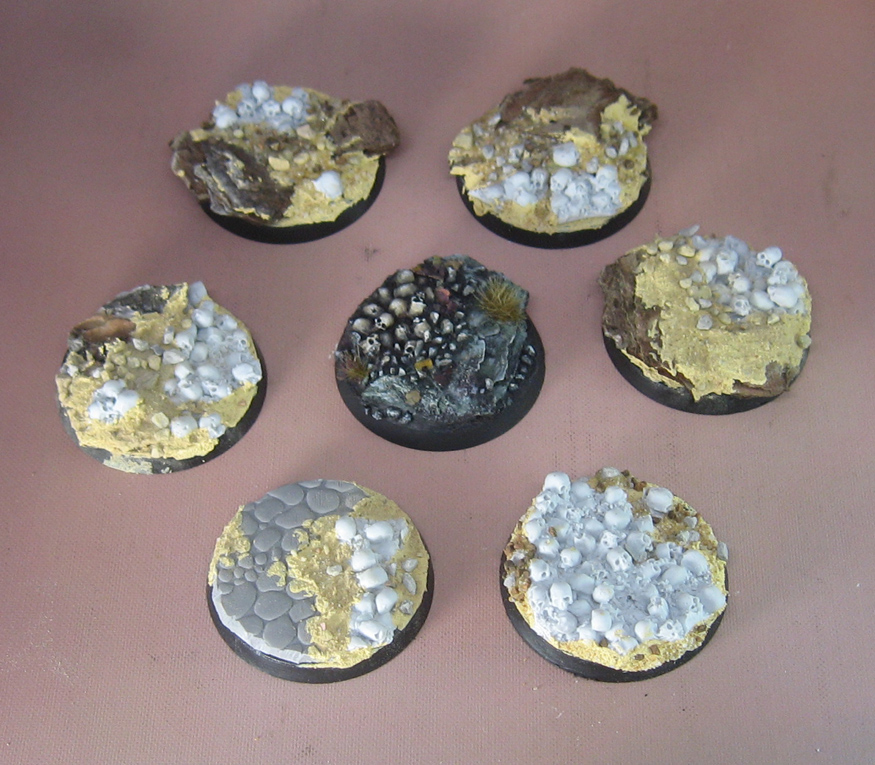 The Army Painting pledge level is $15 a month, and will provide access to all the videos created that month.  This is usually 15-22 hours of tutorials!  You can find the page here: www.patreon.com/JamesWappel 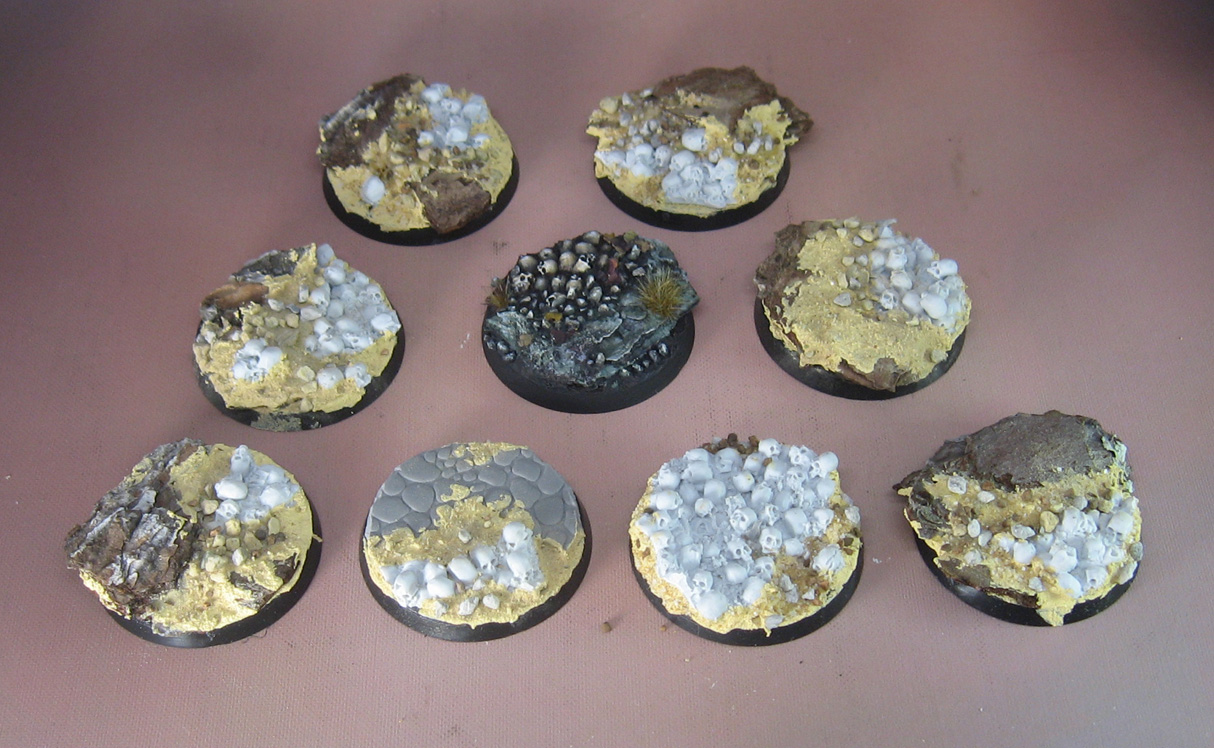