How much for that doggie in the window? 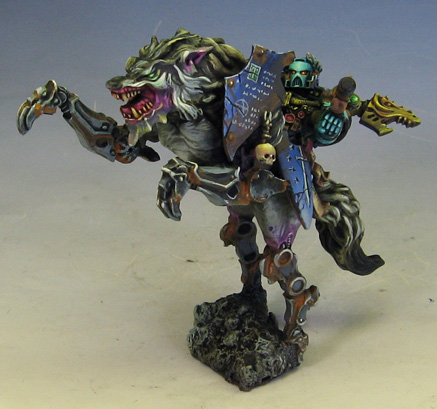 At last!  Here is the final painted version of the Cyberwolf character.

This is the miniature you saw as a work in progress a while back... the guy who is taking a shot at the Razorwing jet fighter as it swoops down on him.

The figure of the Cyberwolf is from Raging Heroes.   It is one of four different poses.  There is a set of three, and then a special character version.  All you need once you have a cyberwolf is a torso, head and arms, since there are legs sculpted into the figure already. 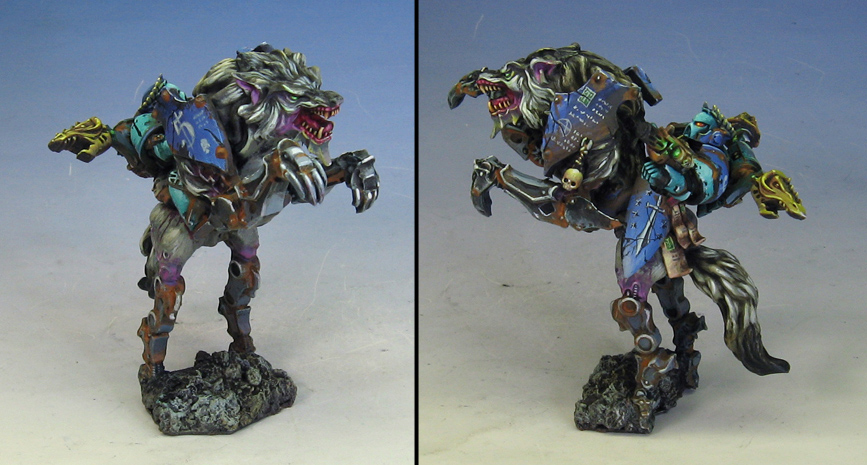 I took a somewhat random collection of bits and made a character for the Knights of the Broken Blade.  If you recall the gist of the story, on this particular world there are dire wolves everywhere.  They race them in the Hippodrome. Also, they take the largest and strongest, augment them, and use them as mounts for their marines. 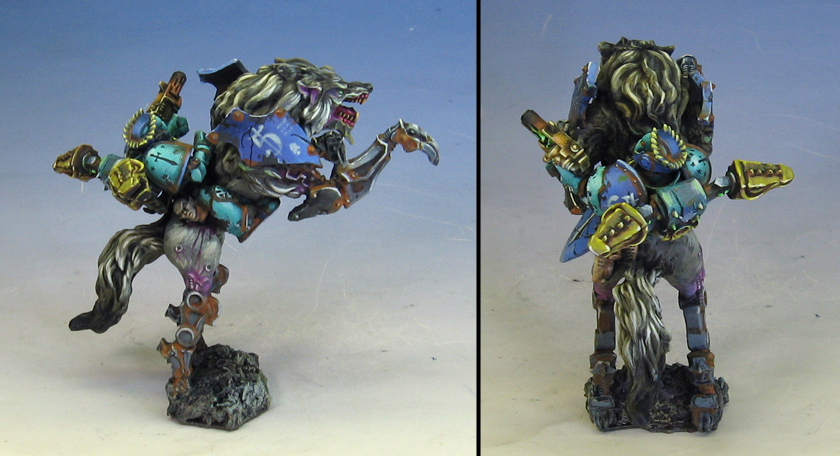 As you can see, the scale works out quite well with the marine parts. 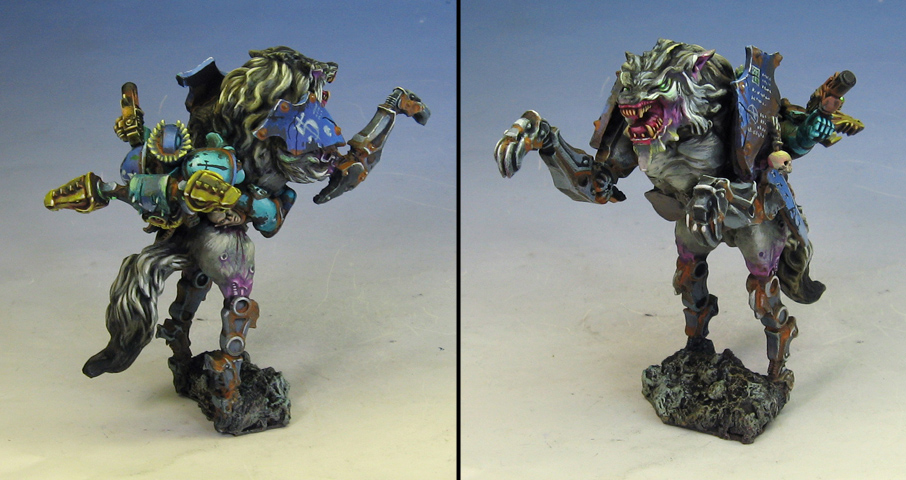 It was very fun to paint this figure... I have one more that I am hoping to finish as decoration for the army board! 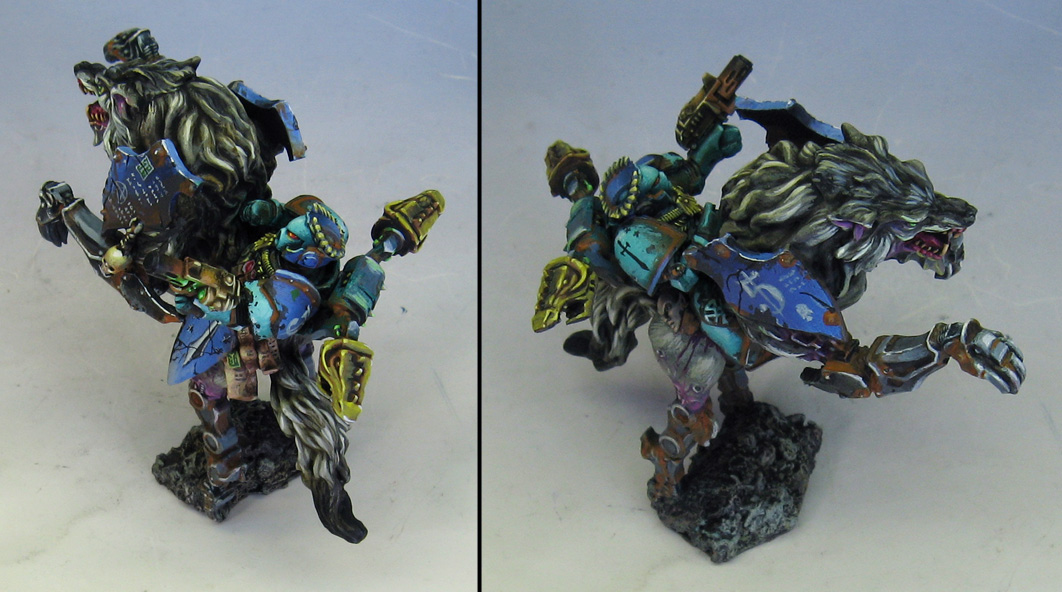 I have some images of this guy on the base with the Razorwing that I will post tomorrow!  Stay tuned... 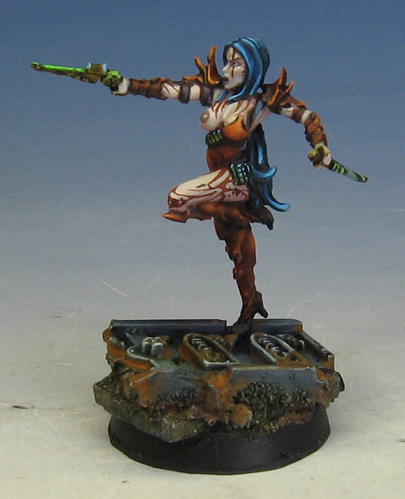 Blade dancer... with just a wee hint of neurotoxin.  Here's another one of the Raging Heroes Vestal batch of Wyches.

Posted by wappellious at 5:04 AM 3 comments: