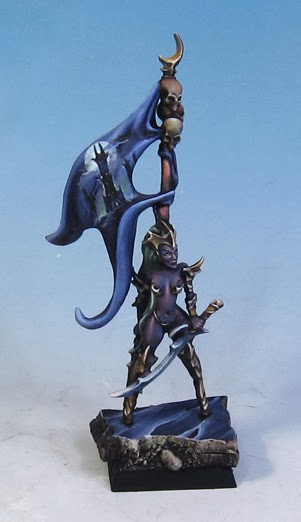 Ever since I painted the first banner in the Dark elf scheme, I was looking forward to trying out the Drow scheme, and a new design on the banner.

This design was a fun, simple version.  Right to the point... dark evil tower back lit by an overly large moon!  Yea! 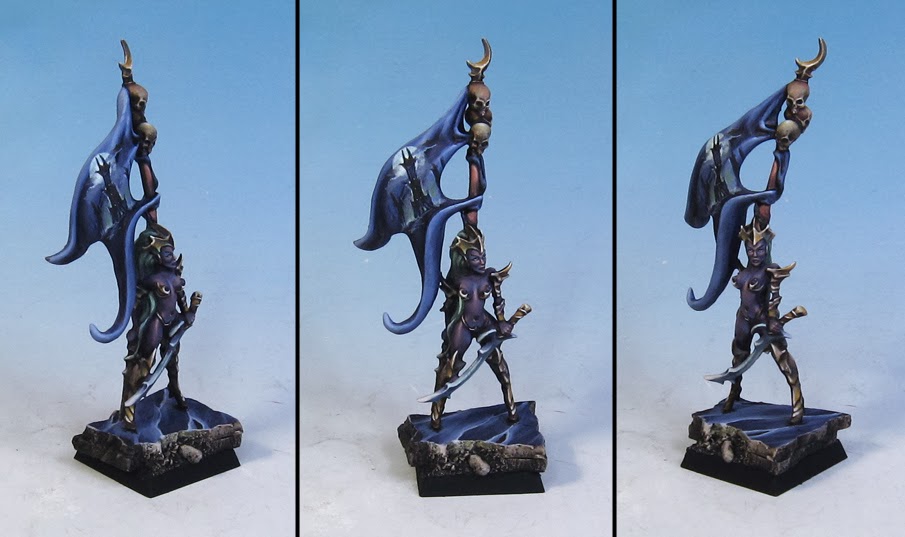 I have some shots coming up of the last group of four Drow together... 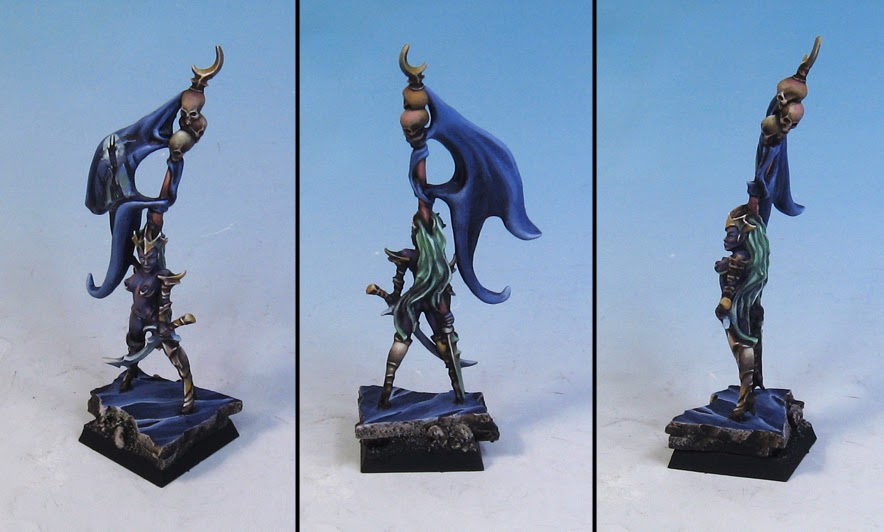 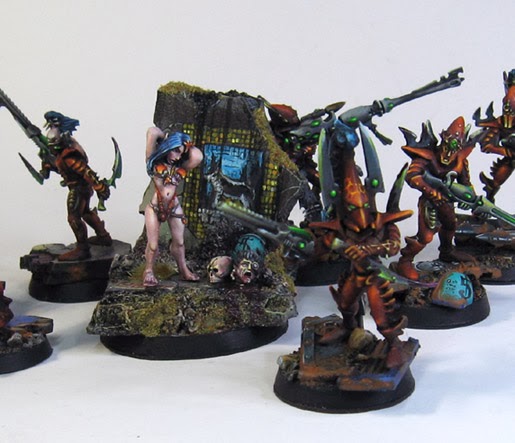 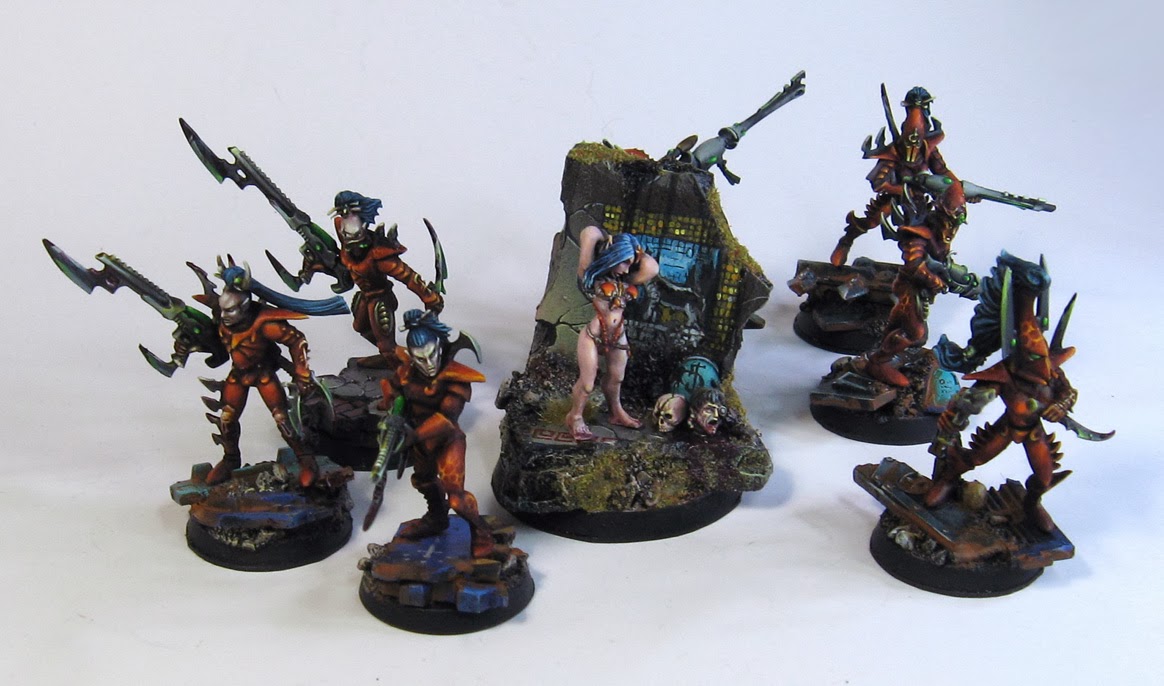 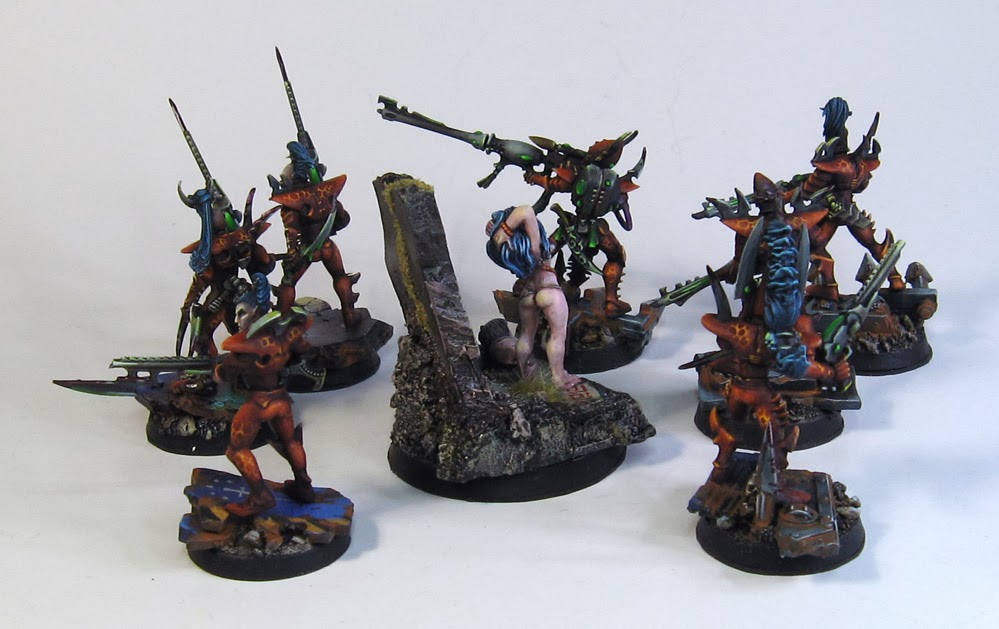 Posted by wappellious at 1:42 AM 2 comments: