A Dragonforge Design flying base 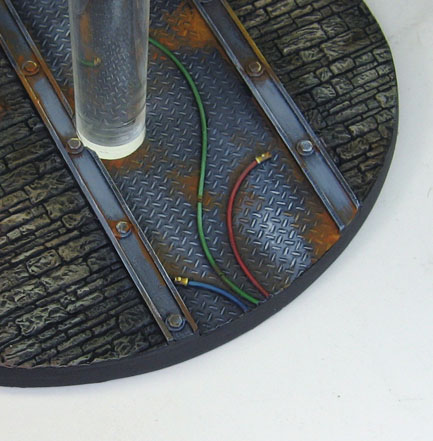 This base is made by Dragonforge Designs.  Like everything they make, it is a very high quality!  It was.  There is a special joint that you attach to your flying vehicle to make the transparent rod work.  And there are no air bubbles in any of them :-) 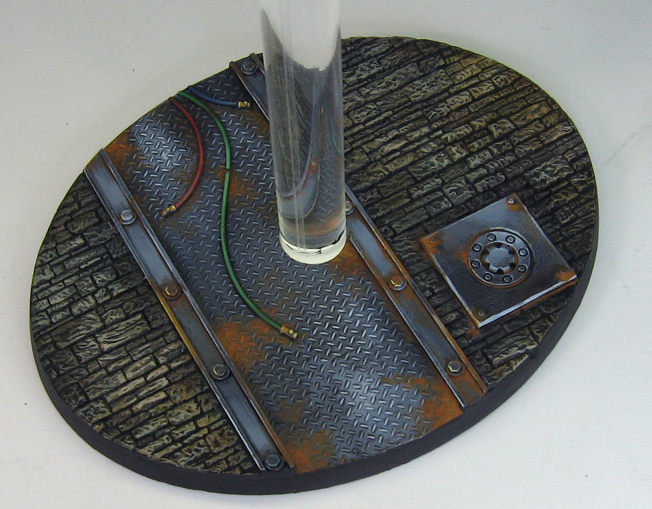 It also has a decent amount of weight, which can help with the top heavy flying stuff! 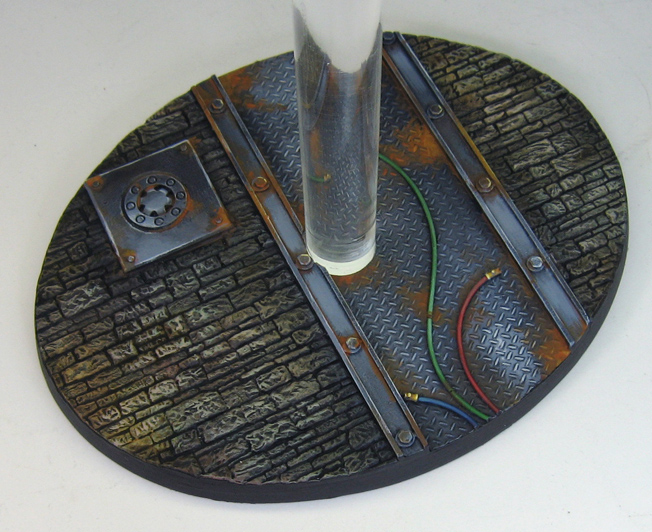 Here's their site... go check it out!


Posted by wappellious at 6:21 PM No comments:

A solid foundation for your flying stuff 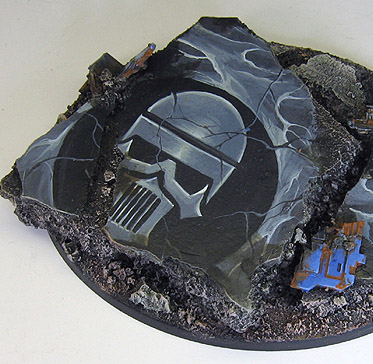 I was working on some bases that were supposed to be filmed as little snippets for the Kickstarter, but once I was taken down by that bug, it became a bit of a moot point.

So, here's a little step by step.

This began, as they usually do, with the combination of baked sculpey, cork, oxide paste rock and bits. 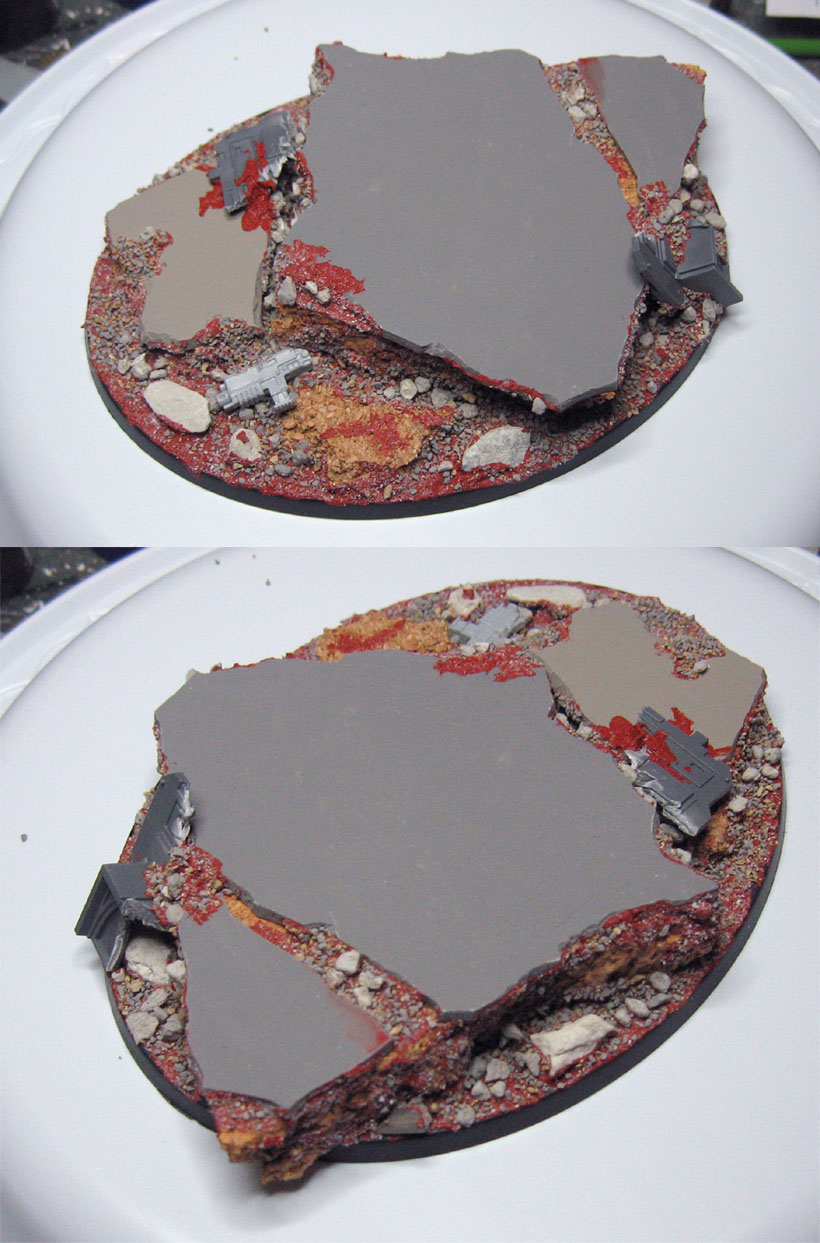 I took some greens and reds, mixed them together and smushed that brownish mix all over the base.

I mixed in a little greenish grey to begin lightening it... 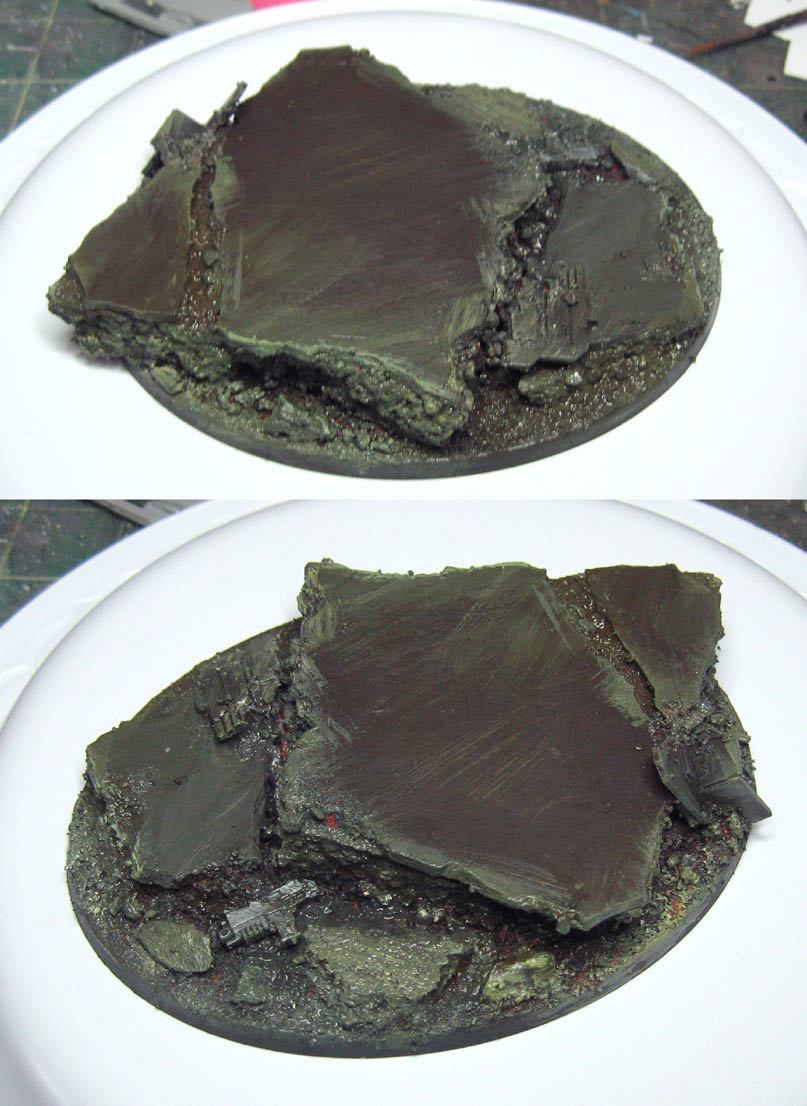 As I put more light colors on the rocks, I put some dark grey on the marble surface. 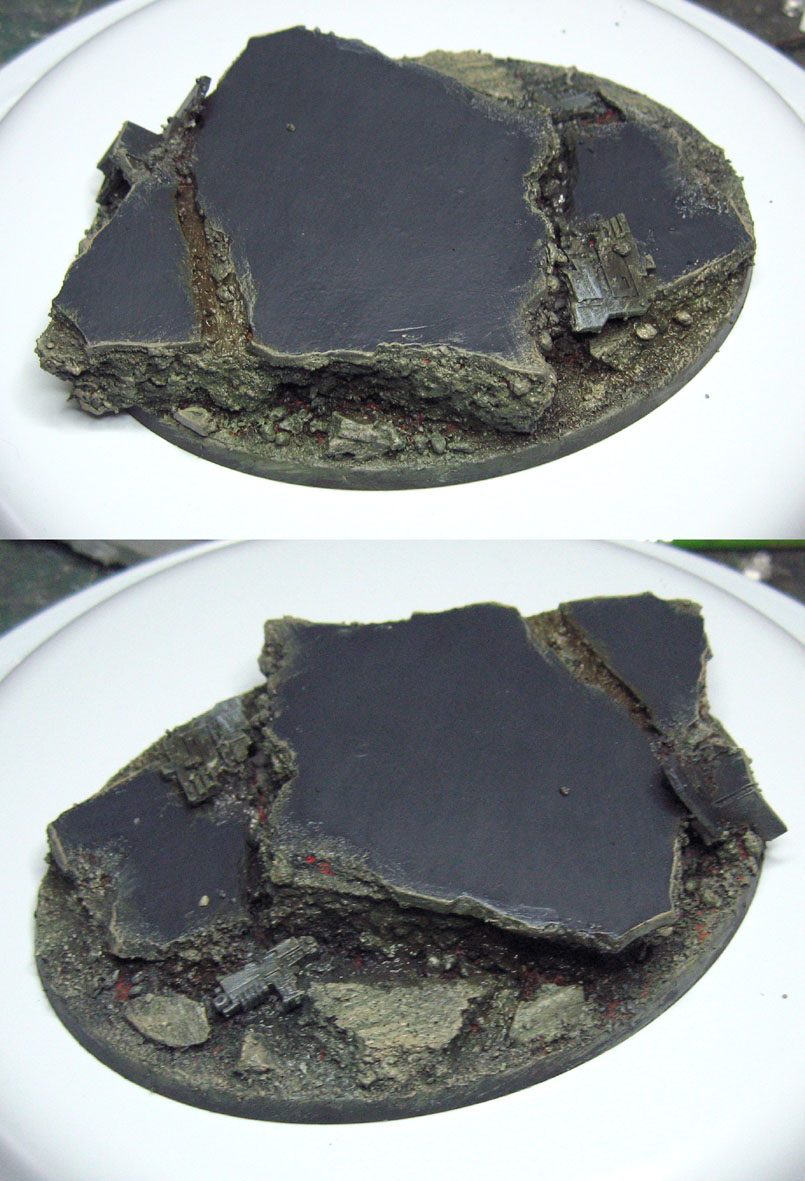 I roughed in the design (Iron Warriors) with some lighter grey. 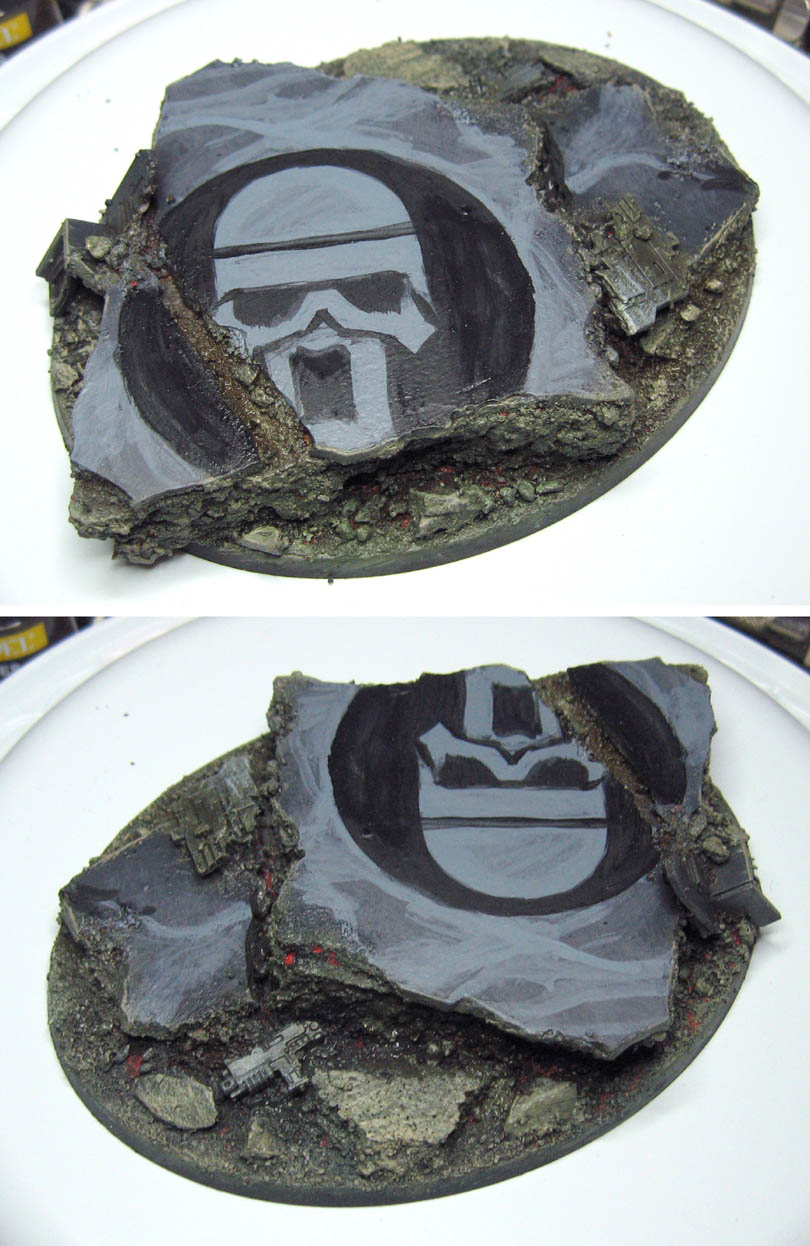 Some warmer grey was used to lighten some parts of the marble and the design... 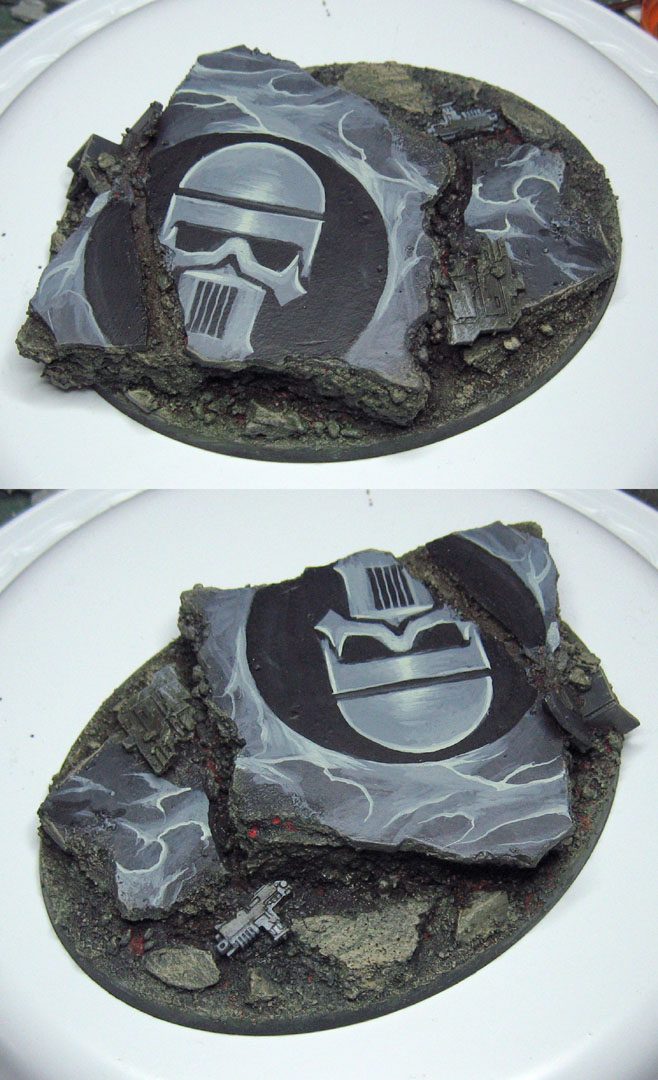 I kept adding more light to the veins, and tried to create a little more shape to the design.  I also started putting some color on the bits. 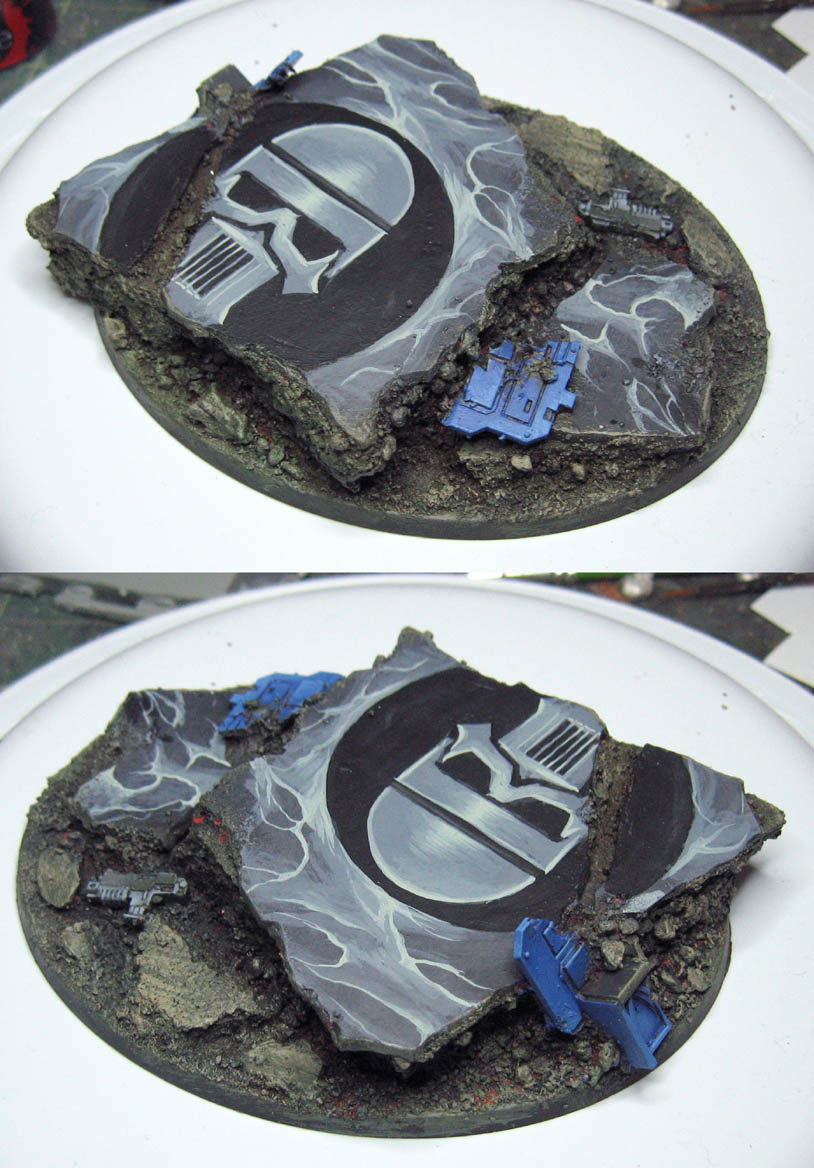 More development of the veins.  I also added some cracks through the marble design, which is always a fun touch! 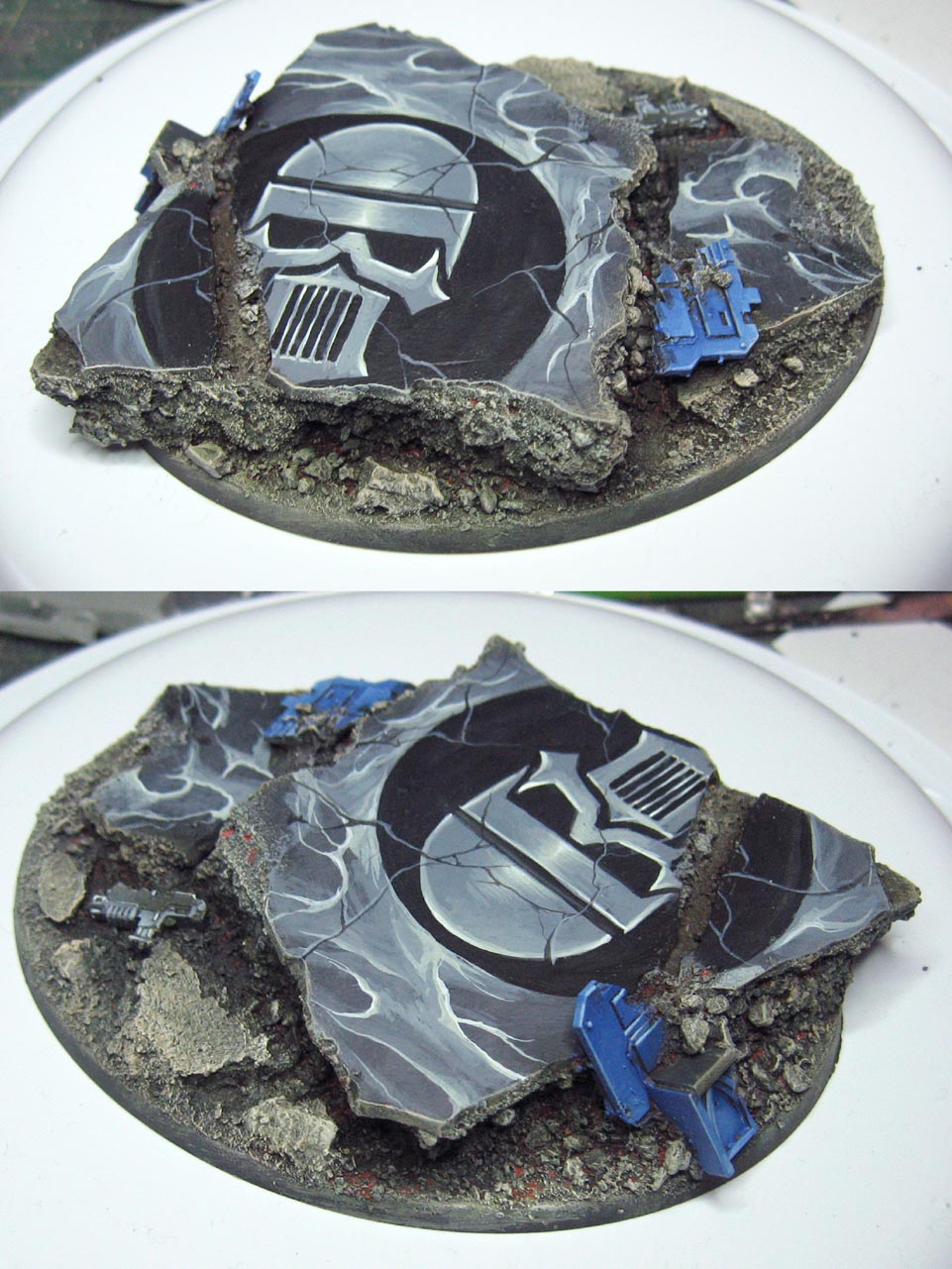 Some rust is added to the bits, and I also put some warmer light colors around the rocks.  This would make the grey marble stand out a bit more... 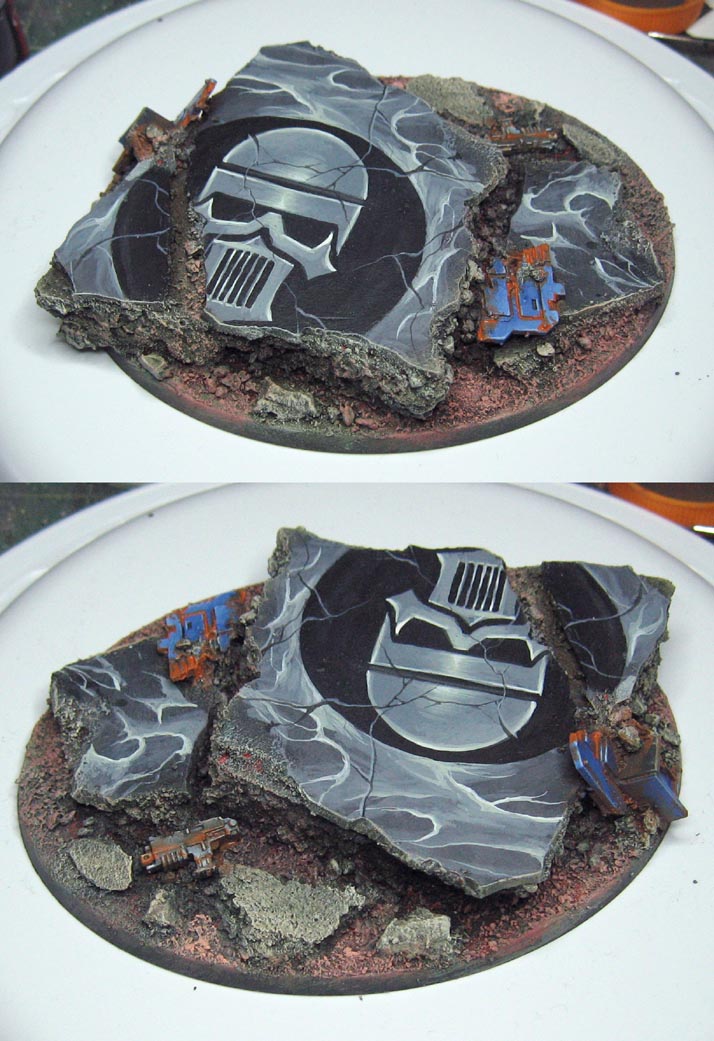 I did some dark glazing and shading, while also adding some stains to the marble, mostly along the edges.  Back in the day, I used to forget to 'age' the marble and tile, adding those stains and such.  Even if it's darker marble, the stains are still important.

These flatter style bases work well for the flyers in 40k, as it gives a nice solid surface to attach your flying stand.  All the heavy cork and sculpey is also a nice counterweight to the top heavy mini. 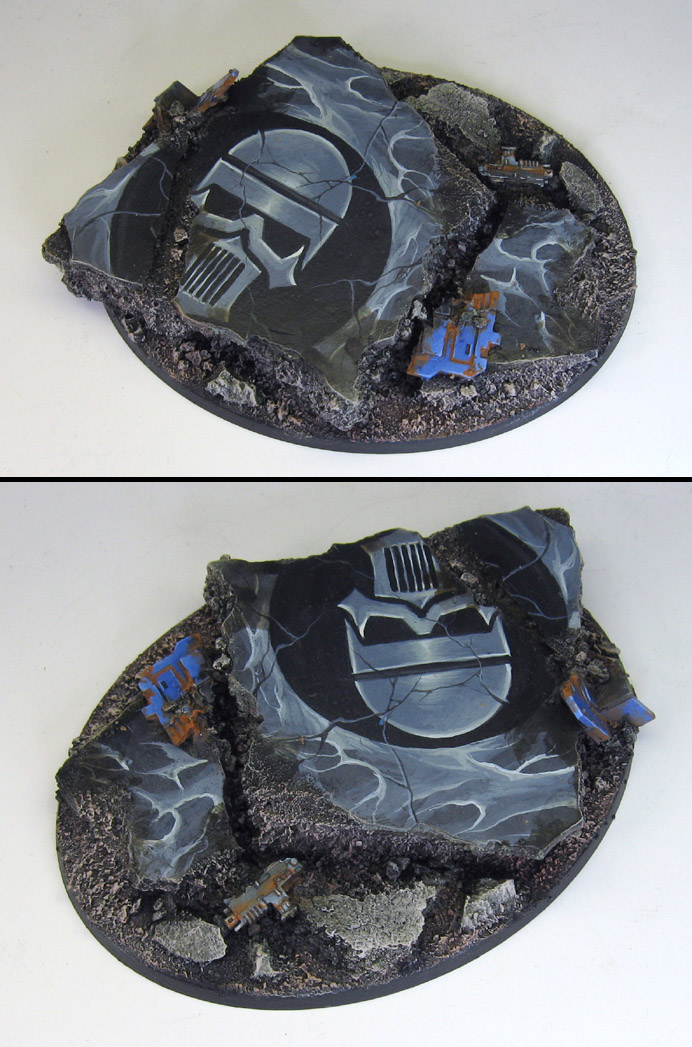 I have another one from Dragonforge that I will post tomorrow...

Posted by wappellious at 9:51 AM No comments: