A sweet ride for the King... 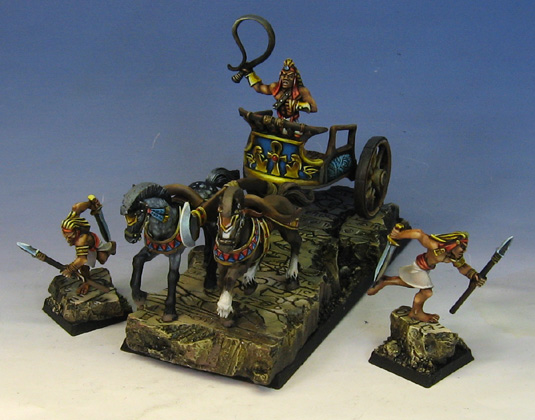 OK!  The War Gods kickstarter has just 27 hours to go!

One of the recently unlocked units is the Mycenaean chariot.  So many fantastic things are now available, such as the Amazon Cavalry!! 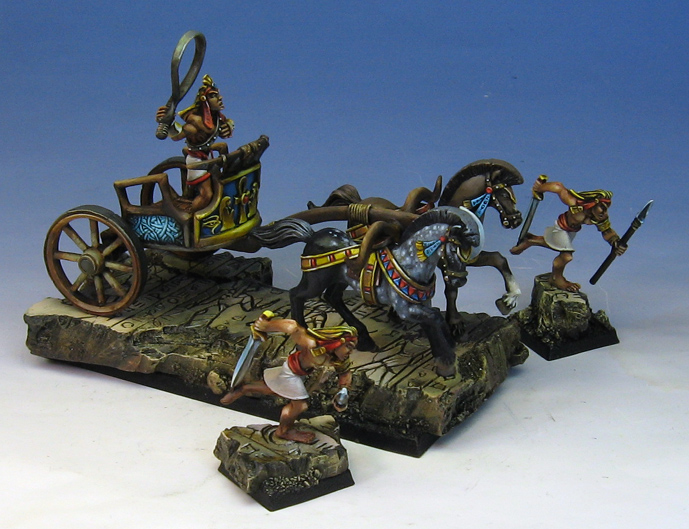 I had a lot of fun painting this, and I am sure the new chariots will be equally as wonderful. 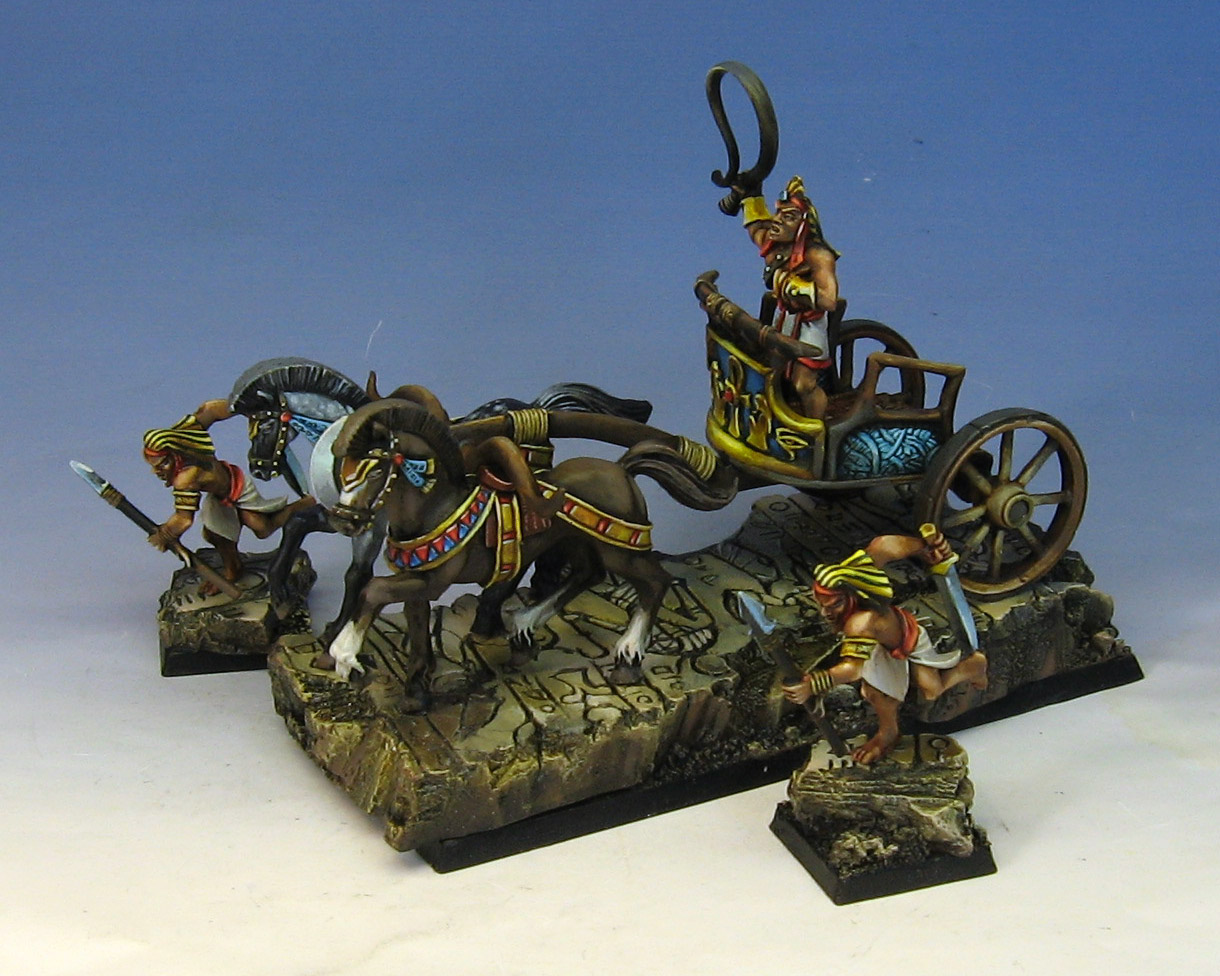 I will be posting some how to articles on the bases, but I wanted to rush ahead with the finished pictures before War Gods ends. 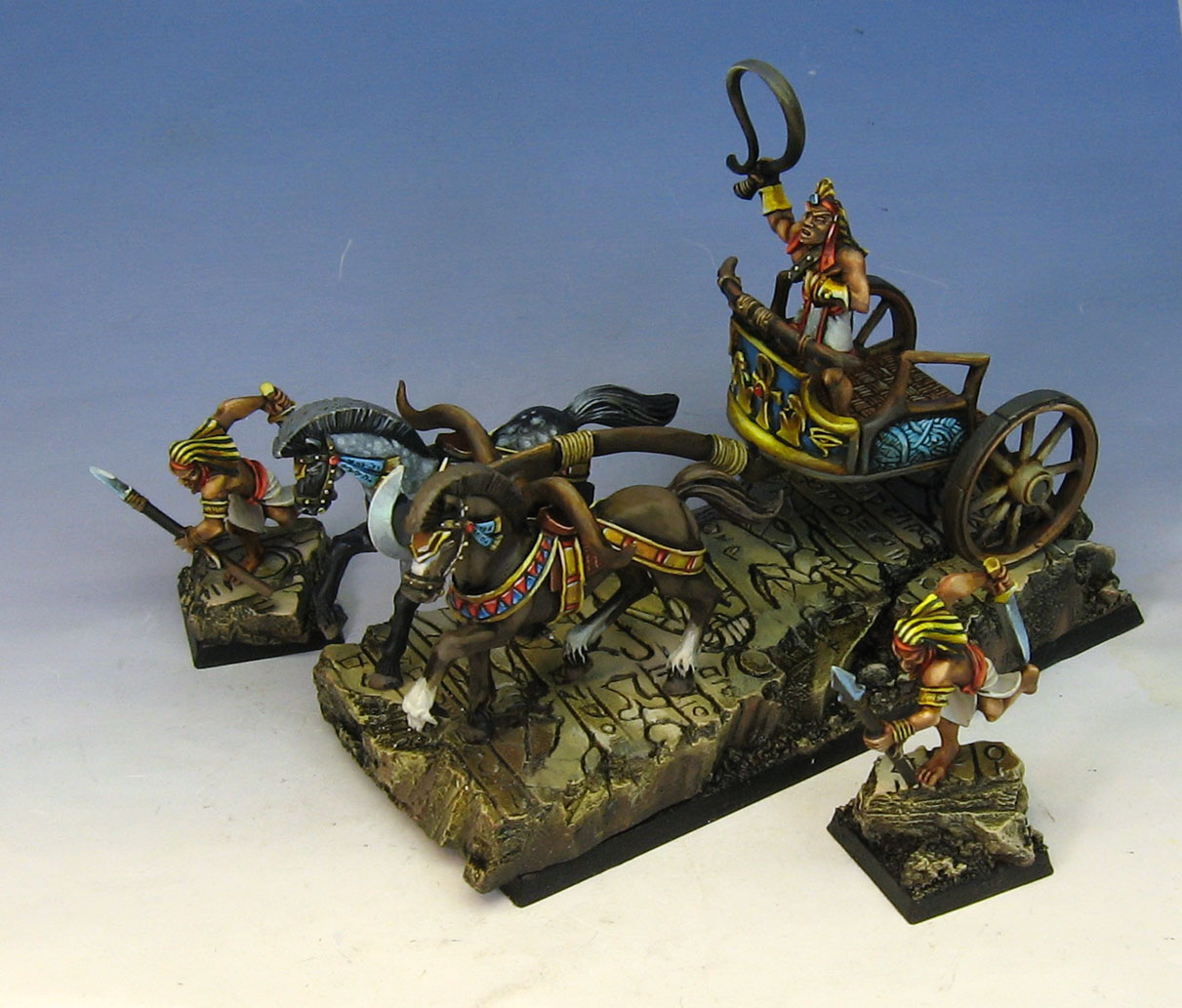 Obviously, it would be so much fun to paint and entire army and base it in this fashion.  I am hoping to do much more in the future... 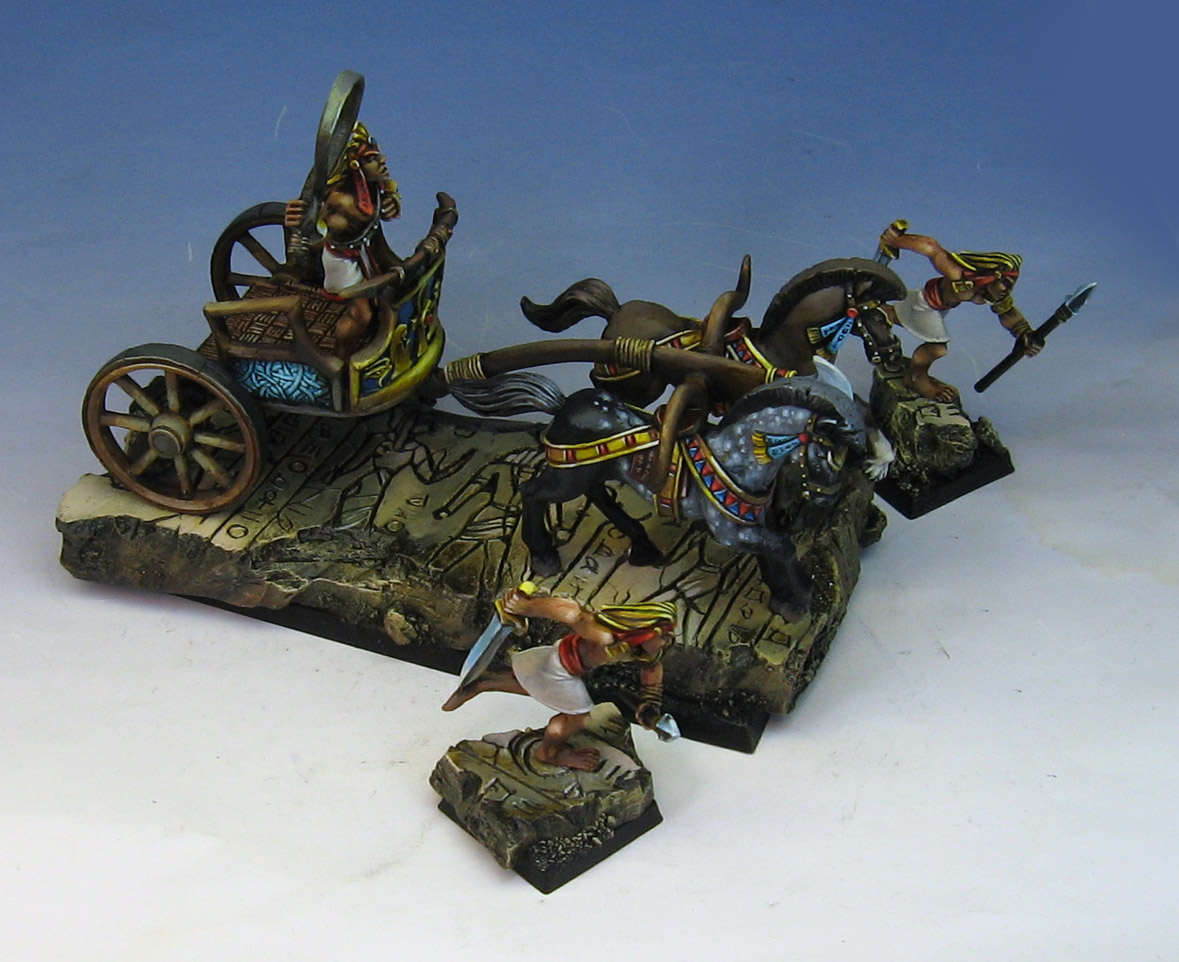 This all went together very easily.  It was metal, but that was not a problem at all. :-) 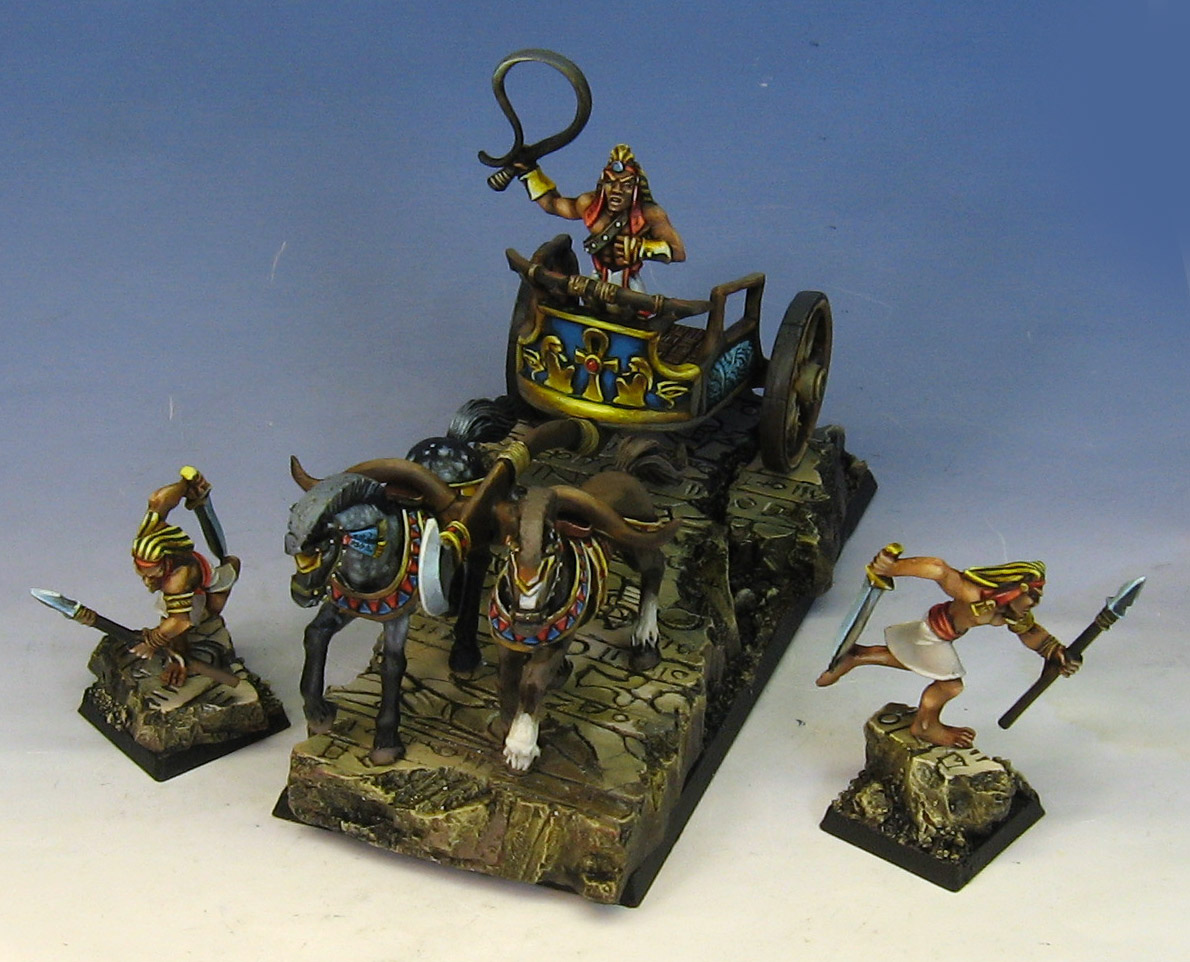 So, get in your pledges while this lasts!  Check out all the Demigods and Automatons! 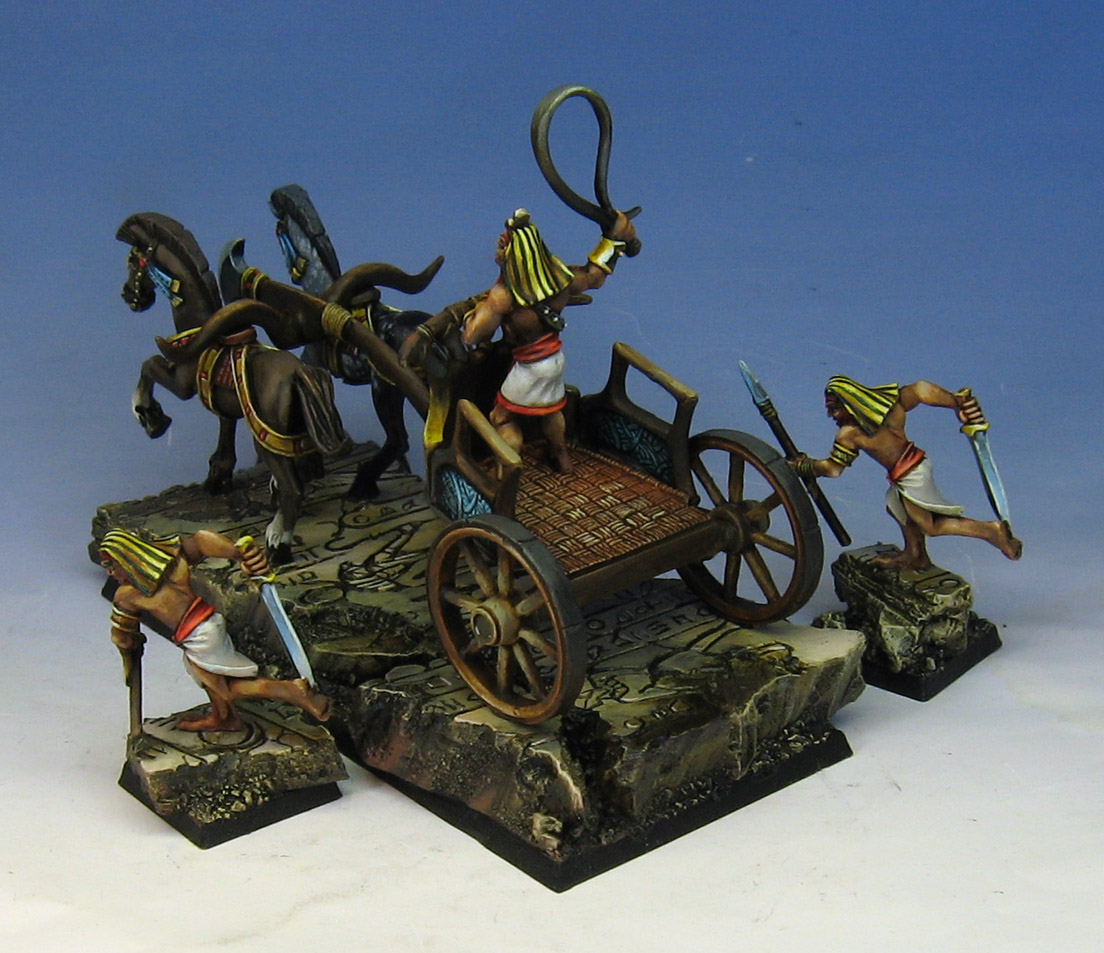 You will love painting these as much as I have!! 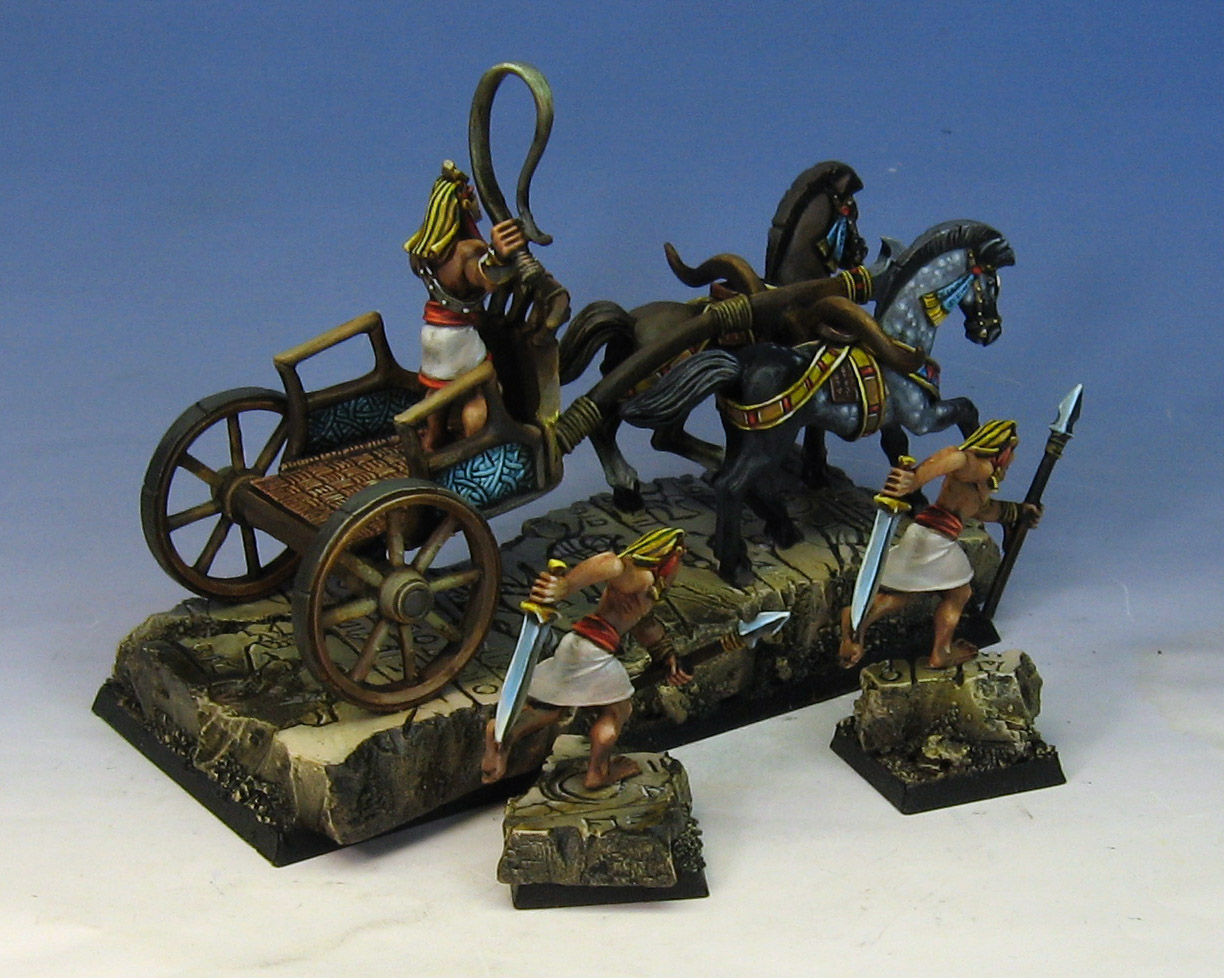 Here is the link:
http://www.kickstarter.com/projects/1820979427/wargods-of-olympus-mythology-miniature-battle-game 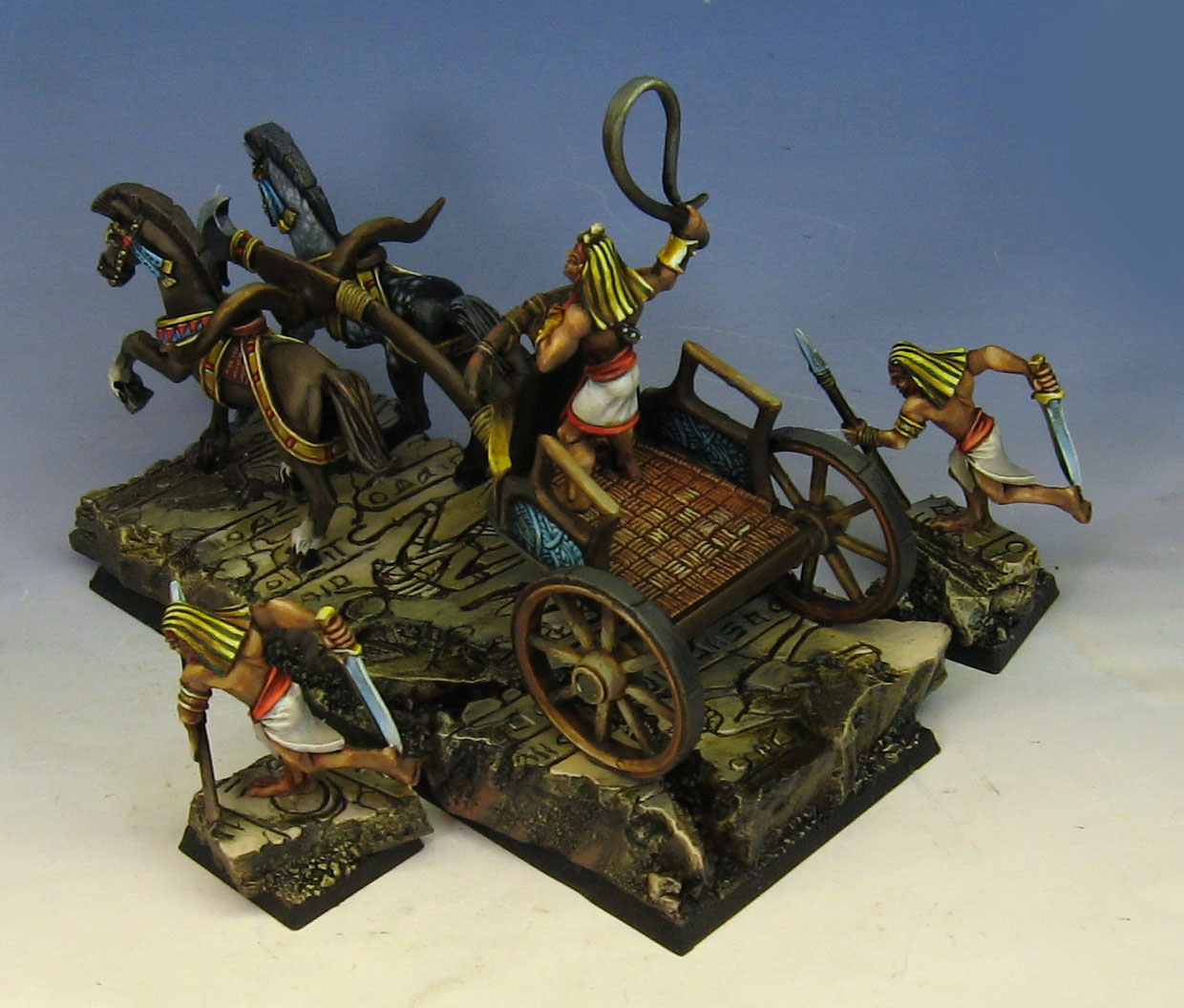 Posted by wappellious at 1:13 PM No comments: 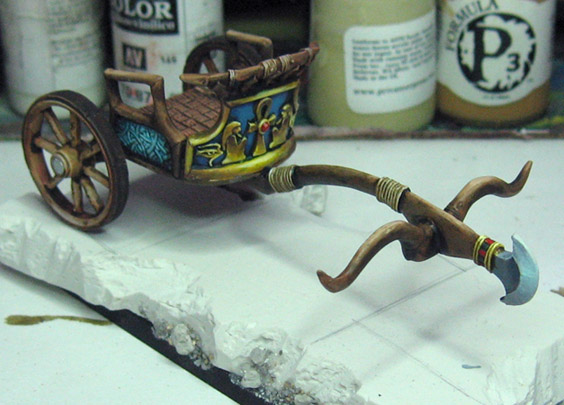 After assembling so many of my Tomb Kings Chariots (including those Khandish LOTR conversions!), I have been itching to try out this set from the War Gods line.

Here are the basic pieces, along with some bases.

The painting begins in the usual way, setting up the future glazes with the shaded basecoat layers. 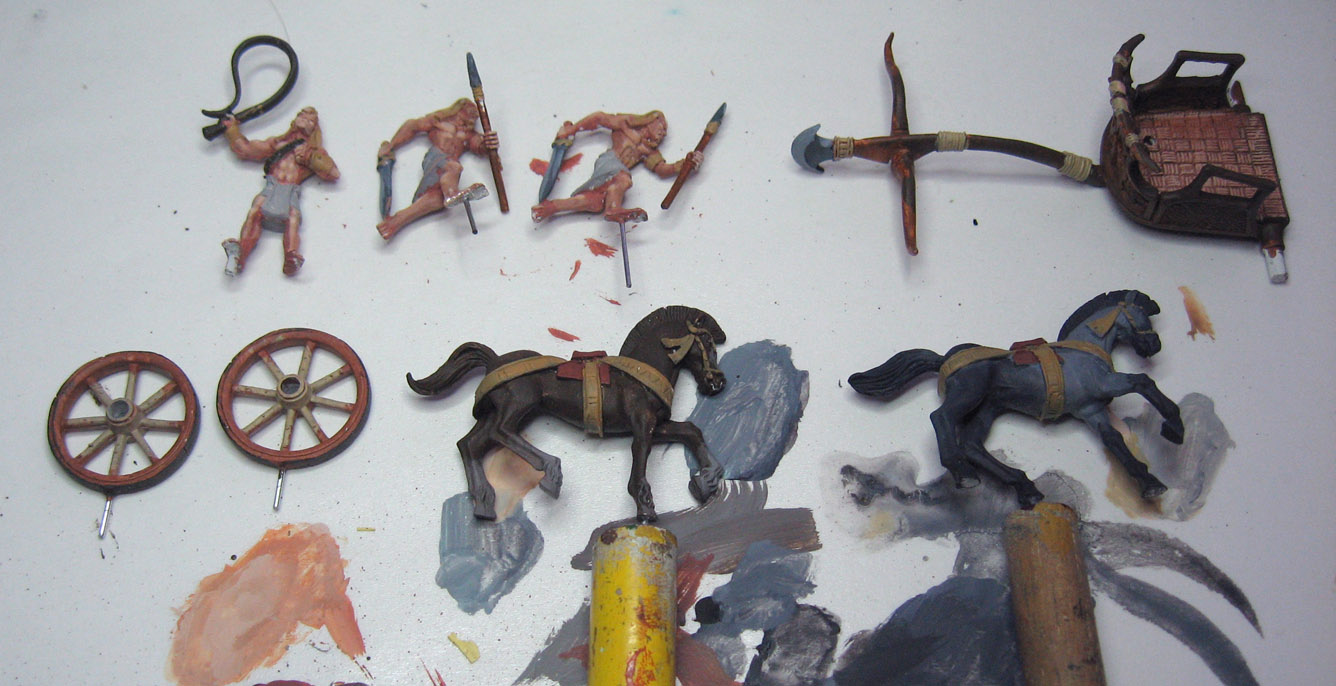 I work the colors lighter and lighter, knowing that I will be shading and tinting them darker later. 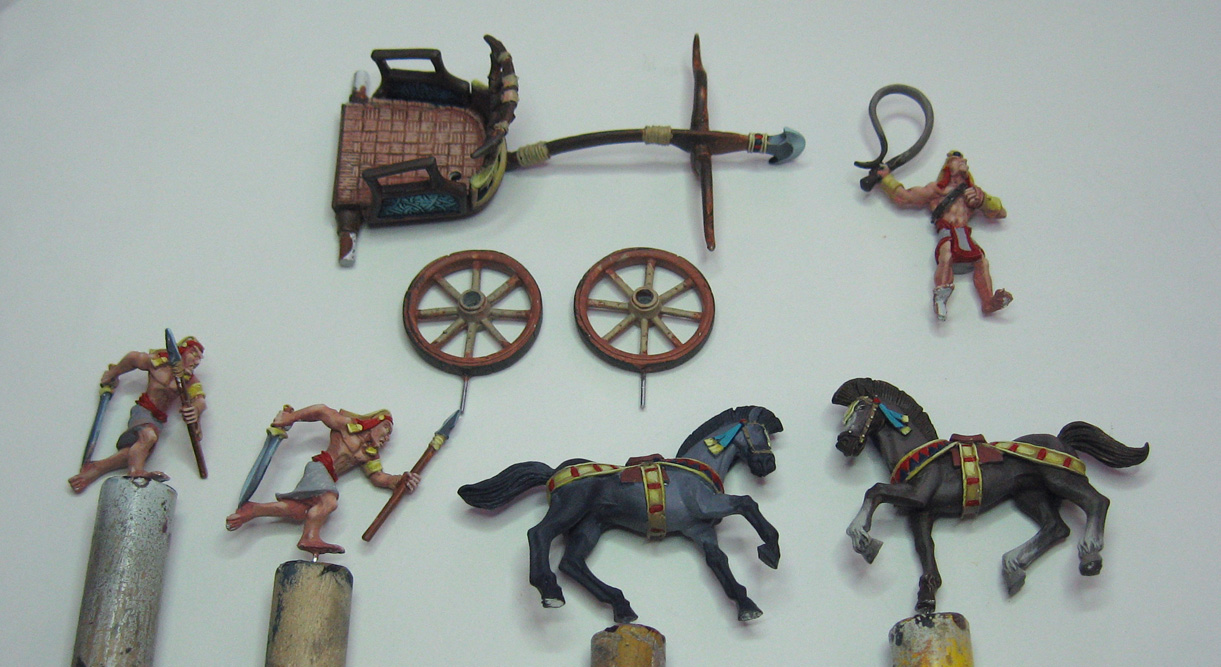 Just about ready to start those glazes! 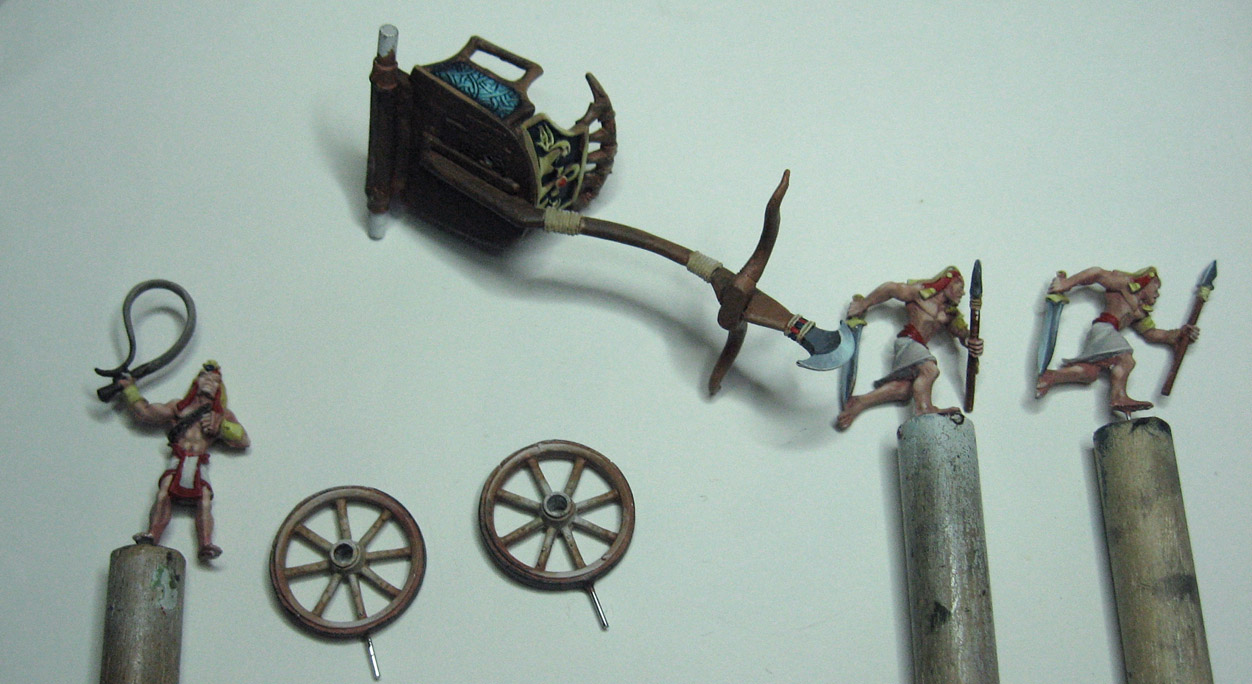 You can see the difference once the chariot has some of the extra shading.  It does help when the figures have a good casting for this technique!

The same goes for the out runners.  I learned during my Tomb Kings research that the bulk of the armies fighting at this time had these guys running around.  Their job was to go into the mess once the chariots were in combat with each other.  The goal was to wipe out the opponent's chariots in this way. 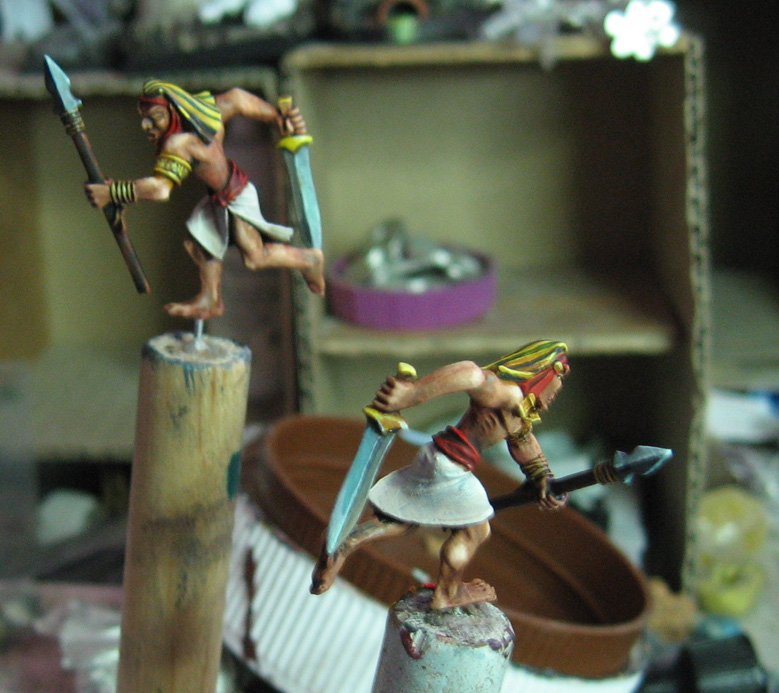 Shading and tinting of the runners... 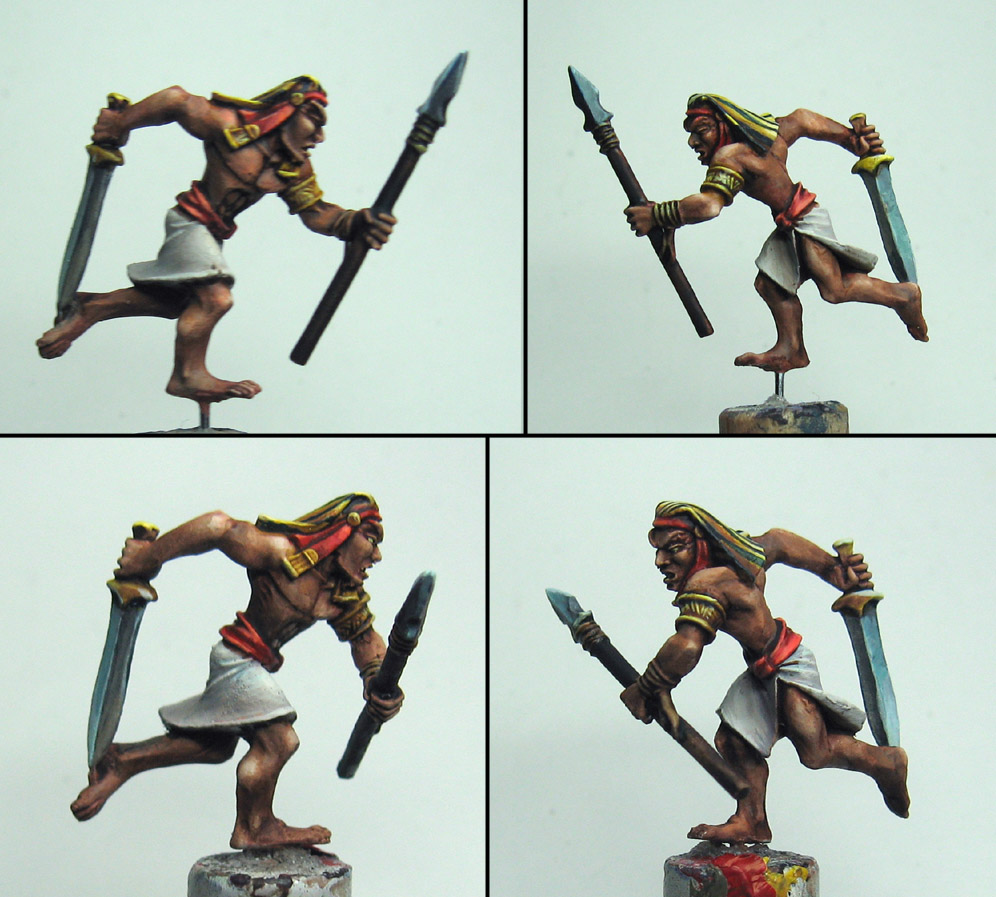 And some shading on the horses.  I will be painting the grey just like the one for the painting videos. :-) 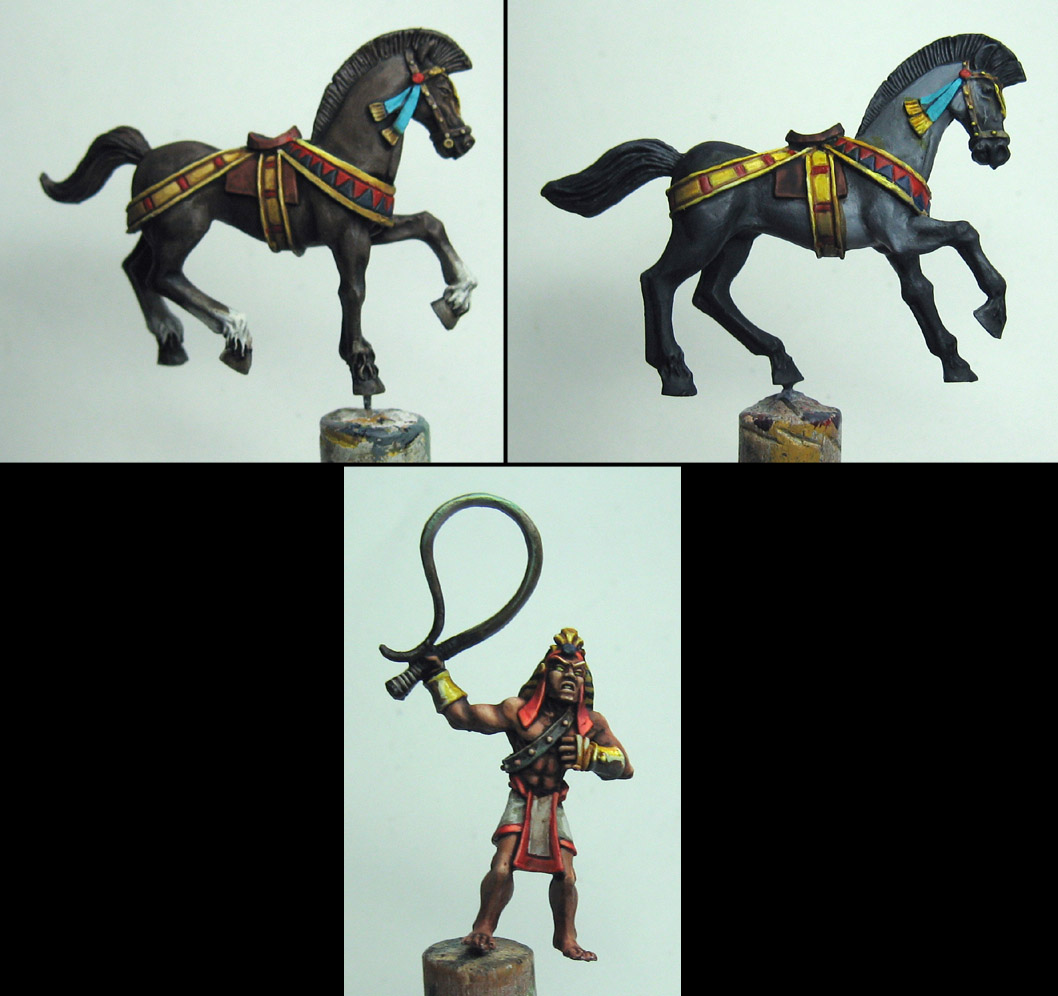 Here is some concept art for the War Gods of Olympus kickstarter.  They are very close to unlocking these!!! 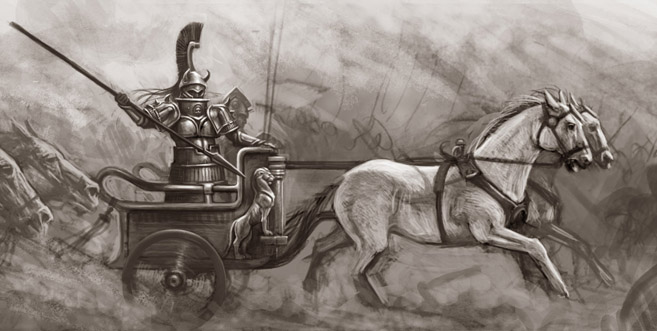 And some more fantastic concept art!!

Give this a look:
http://www.kickstarter.com/projects/1820979427/wargods-of-olympus-mythology-miniature-battle-game 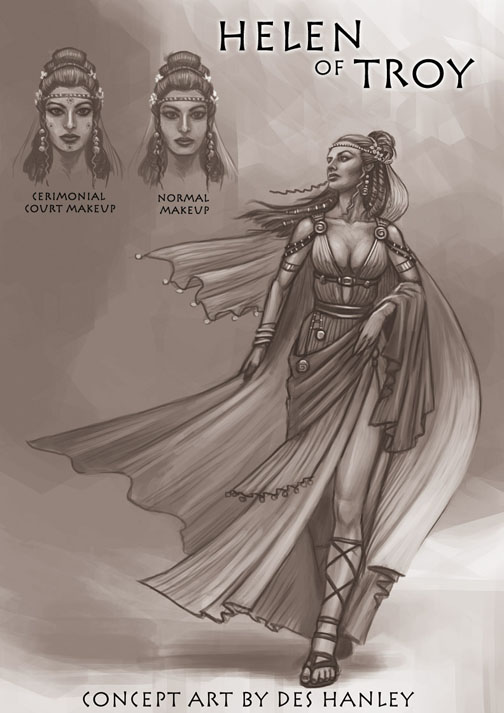