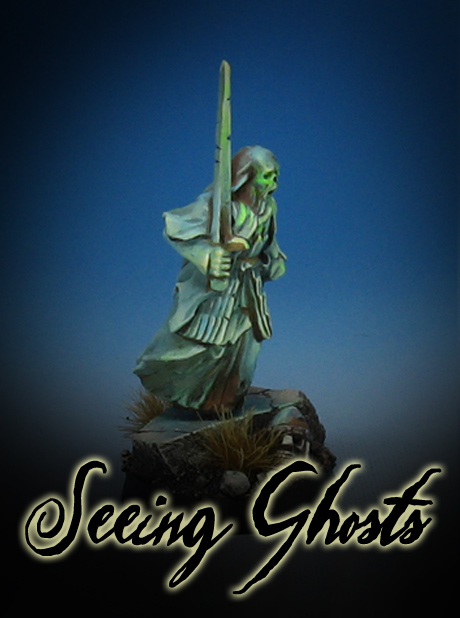 When I was playing Lord of the Rings on a regular basis a few years back, I tried to incorporate my Army of the Dead into my 'Good' tournament force.  They were paired with Galadhrim elves.  It fit into the sort of my "Angry Elves" army, which refused to leave Middle Earth.

This stubborn refusal meant that they were willing to go to extraordinary lengths to stave of their many enemies.  These were primarily the Men of Easterlings. That was my "Evil" army.

Here's one of the test battles we fought with this arrangement:

I had a great deal of fun mixing in the fluorescent paints with the regular paints to not only create a glowing effect (as seen in the movie versions of Army of the Dead), but to accentuate the degraded and decayed clothing and armor. 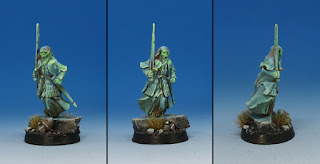