These are a few of my Favorite Things 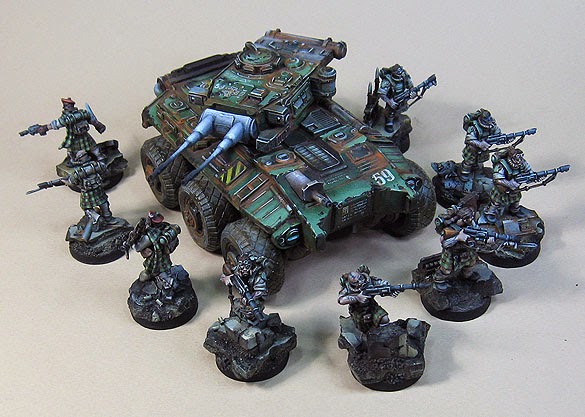 I hope you guys are not getting too tired of seeing these, because I have not even seen these kinds of views myself! 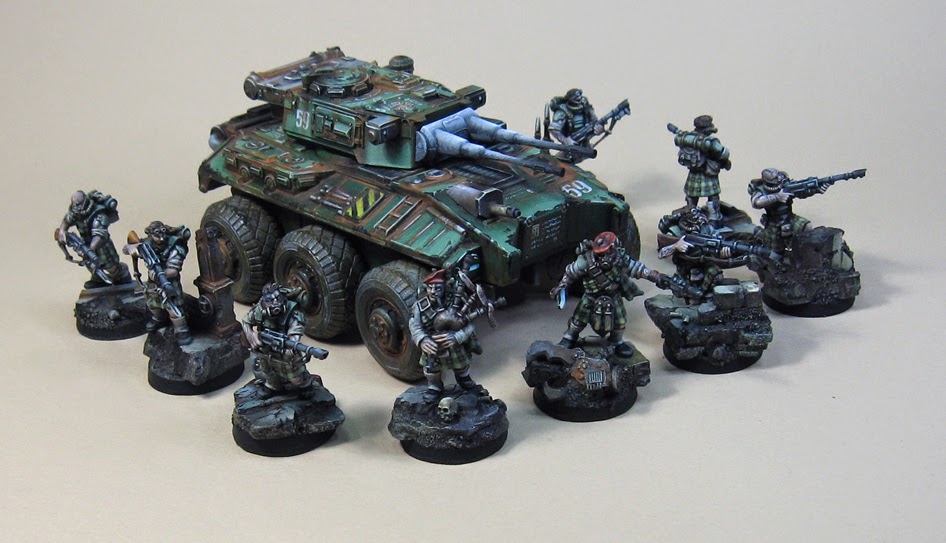 I used this as a Hydra in my army.  Believe it or not, it actually shot down the one (and only) flyer that I saw in the tournament!  It sent a Valkyrie crashing down into some treasonous Guard! 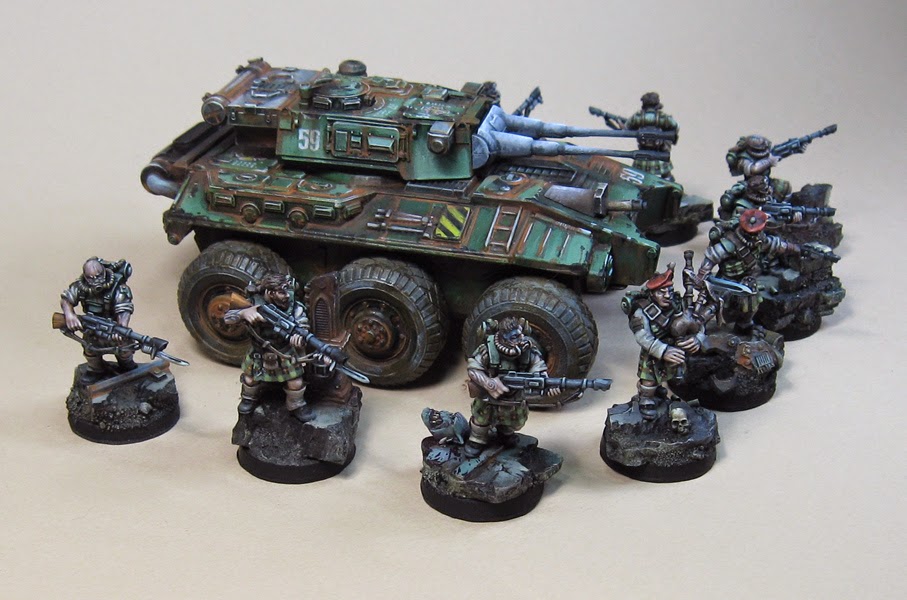 I can't emphasize enough just how nice it was to be painting these.  I had a blast! 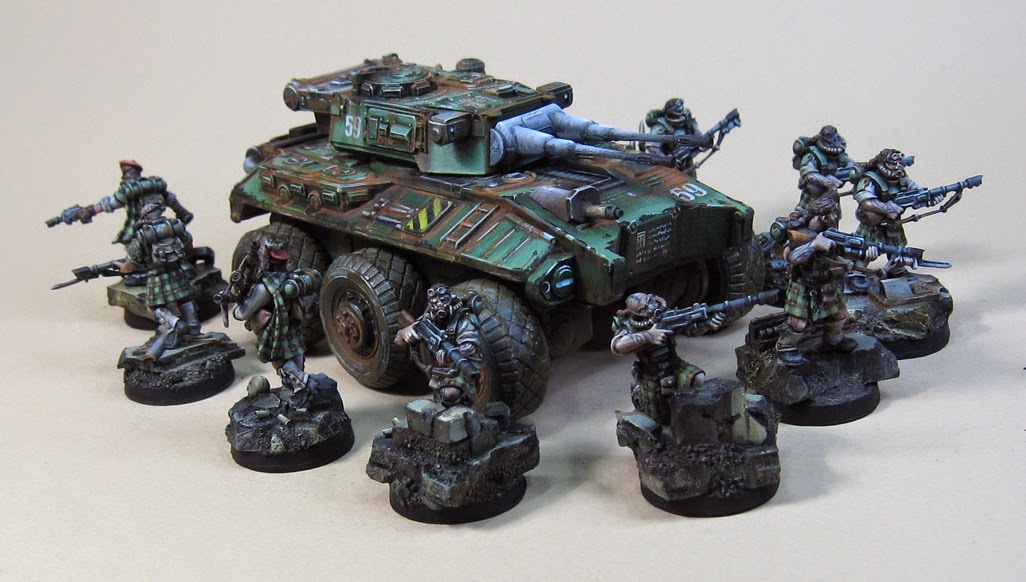 I will show you a few posts in the future where I have added stowage to the RAV turret, and made an area for the sitting Highland Guard to hang out.  These are really fun!  I will be using them to show that the tank is occupied or not. 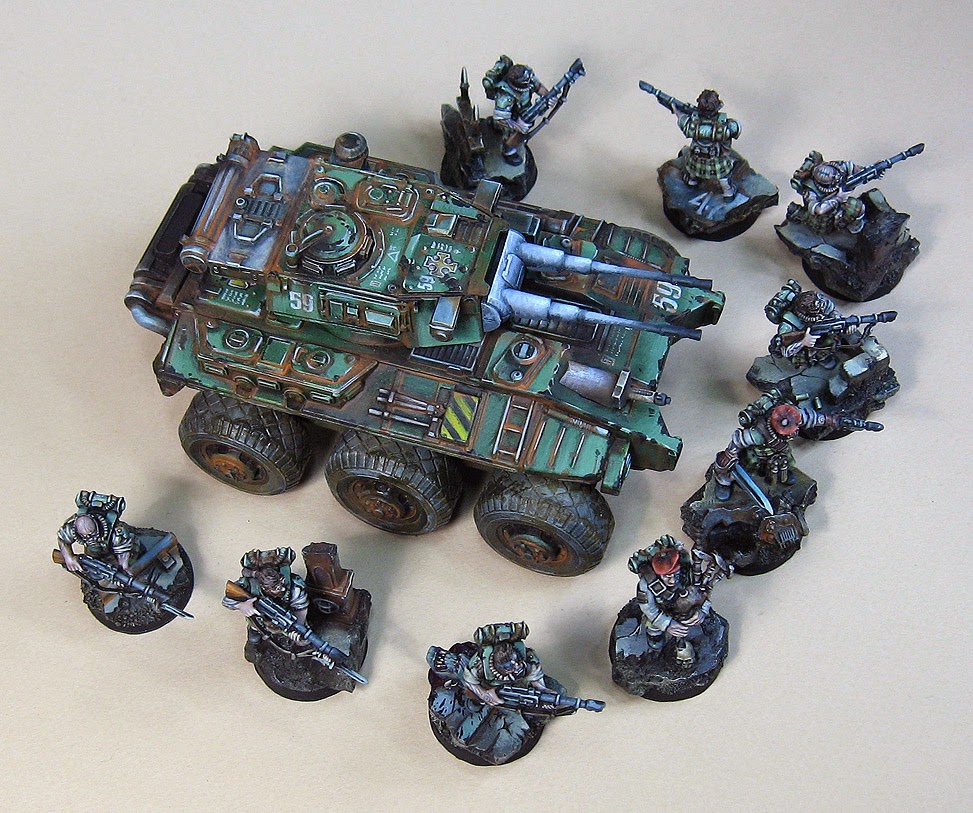 As a note... you don't have to weather your vehicles as intensely as these.  I was using them for the Weathering and Battle Damage videos, so I had to do a bit more than I usually would.  Lots of Justin's powders were used, but not only for weathering.

Each of the Highland Guard you see had many subtle layers of powder on them.  I used some of the 'regular' colored powders to add extra depth to midtones, to lighten shadow areas, and to soften other edges.

I have been doing more and more of that technique! 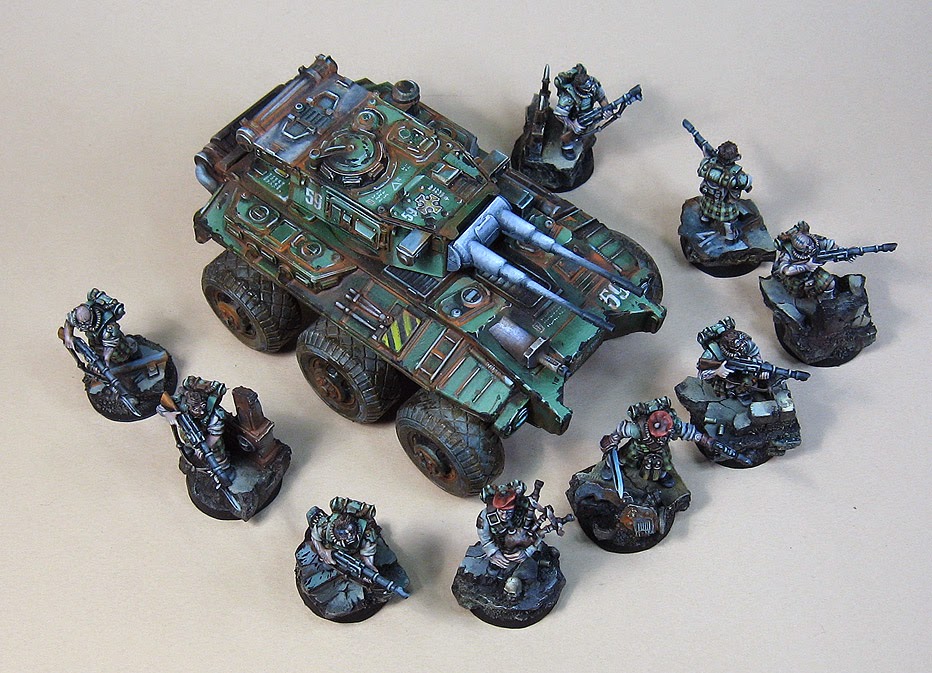 The next post will feature more of these, and some of the additional weapons that are available!

Thanks once more to Secret Weapon and Victoria 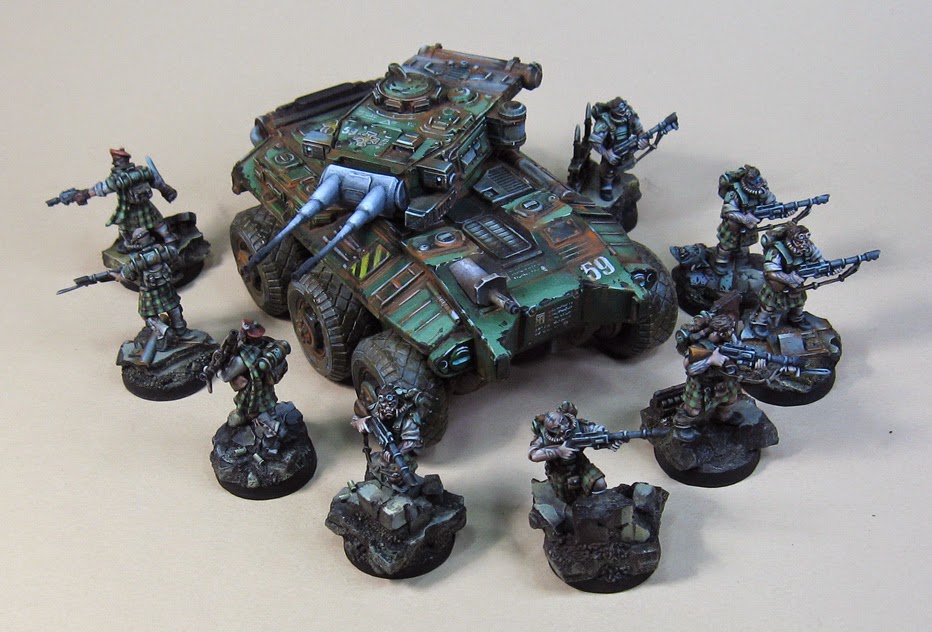 Posted by wappellious at 7:22 PM No comments: 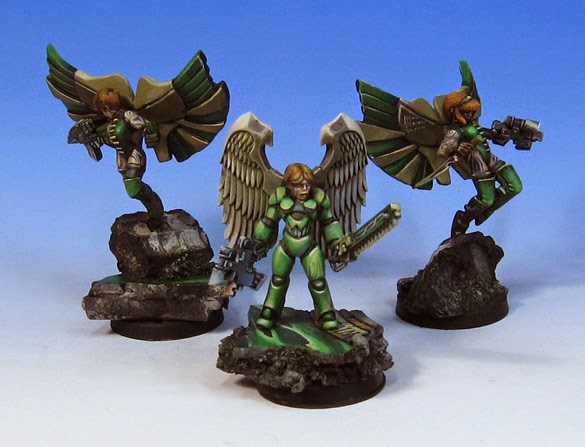 Ah... this is much easier now with the internet actually working!

The Seraphim, as promised.  Well, most of them at least.  These are the non-GW Archangels from VOID (now Urban Warfare).  Obviously, a bit of conversion with the Blood Angel wings... 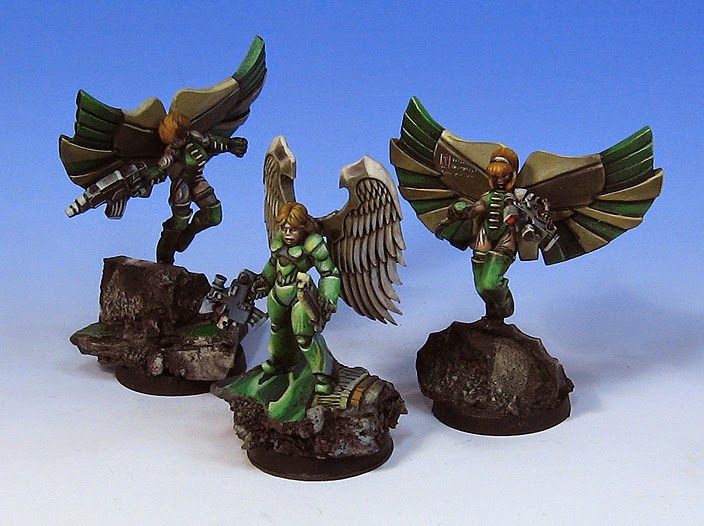 I really love the Archangels.  The figures date back to 2003 or earlier, but they were very dynamic for their time, and still are all these years later.  A testament to Kev White and his genius! 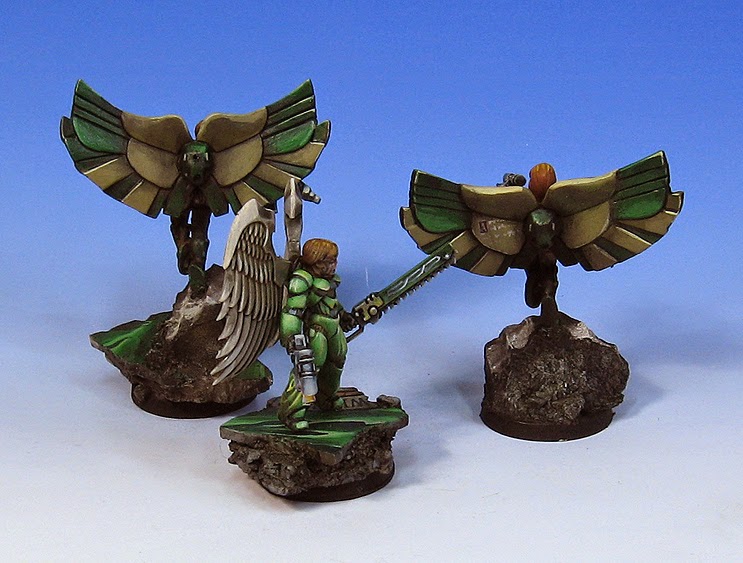 I used some of the Secret Weapon ruined columns on the bases for the more active of the ladies.  Not only did it look neat, but it was also a nice little counterweight to the wings. 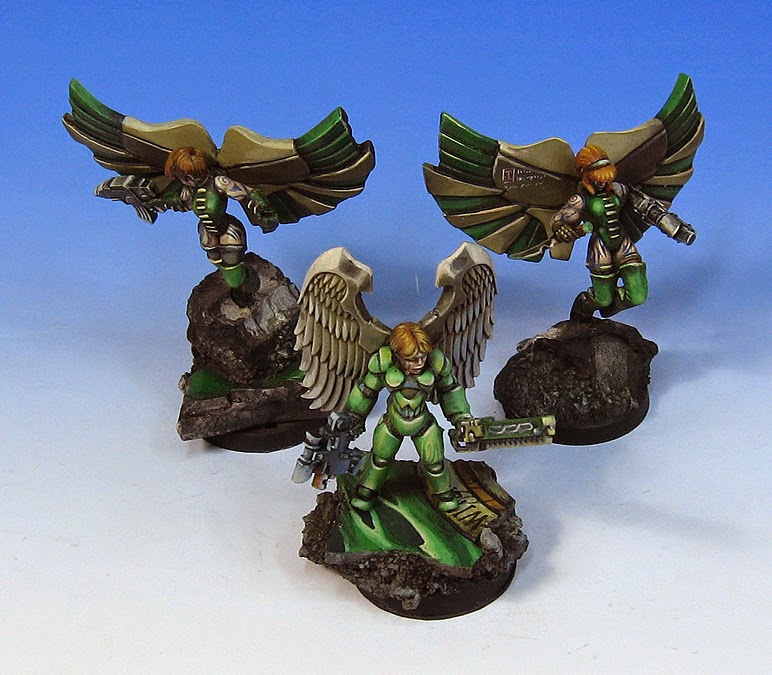 I will snap some individual shots of these so you can get a better idea of the details. 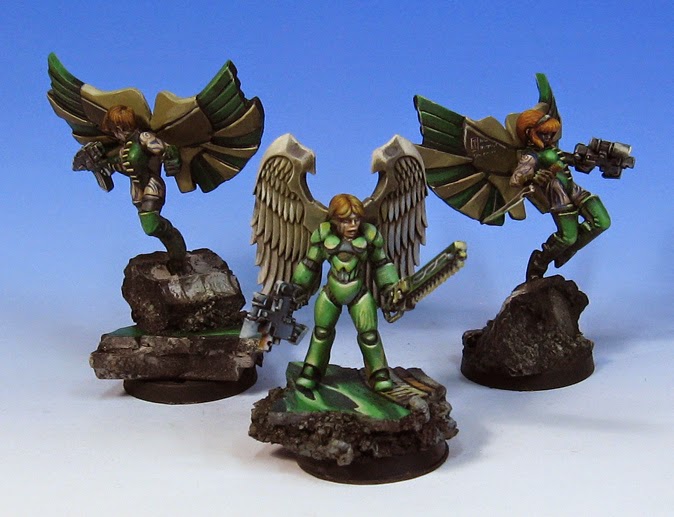 These gals are completely out of production now.  You have seen me paint one of them before, in Space Wolves colors.  They are almost more appropriate, since it really looks like they are wearing power armor! 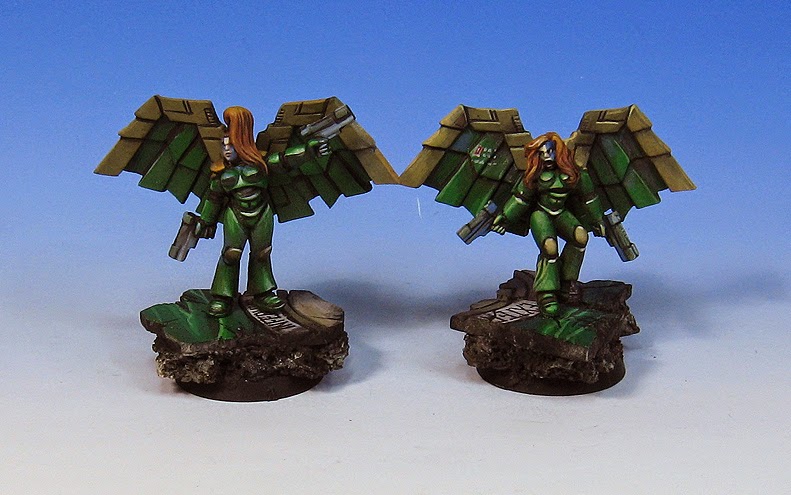 The way the wings are constructed meant I could not do as much of the text based freehand like the others.  If I had more time, I was going to do lots of knotwork patterns on the sections... which I think I will do anyway! :-) 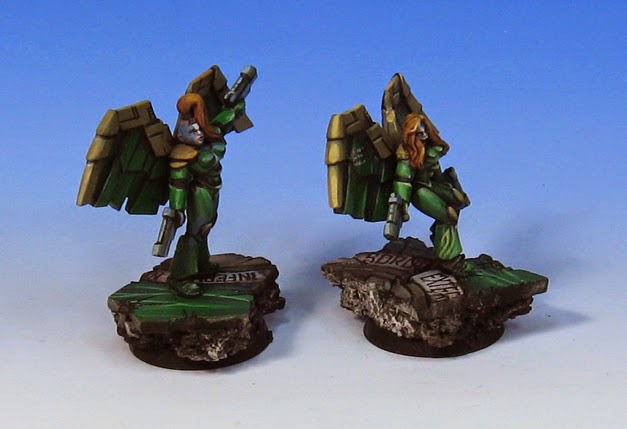 So, I will continue to get you images of the individual minis and squads where I can, while interspersing some other stuff.  There are several new miniature companies who have placed stuff on my very crowded desk to paint... 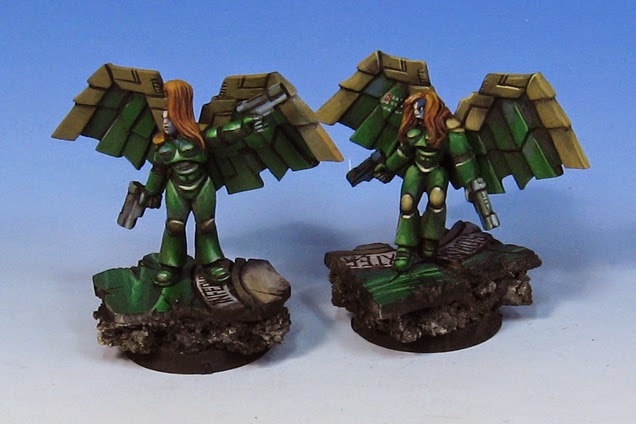 Posted by wappellious at 8:48 AM 2 comments: