There's a light beyond this tunnel 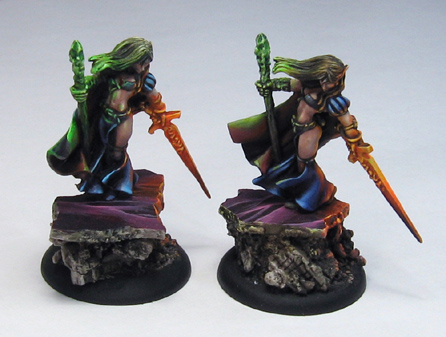 And it's not an oncoming train!

This is the Object source lighting video, as you can imagine. 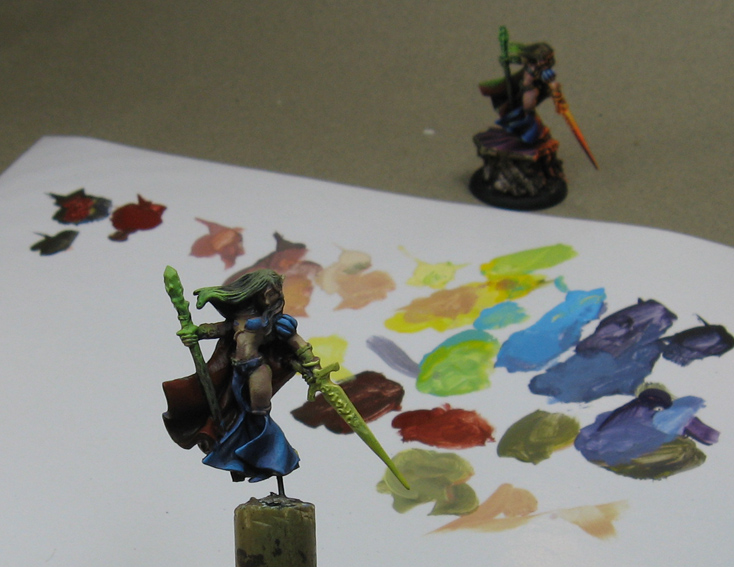 Some of the fluorescent paints were used, which is always fun!!! 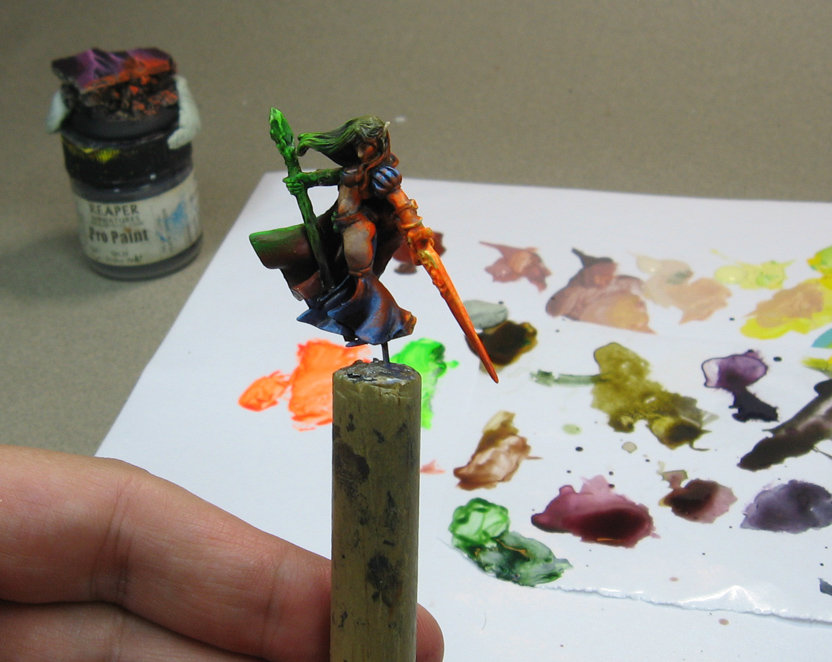 Getting brighter!  Even some glow on the base. 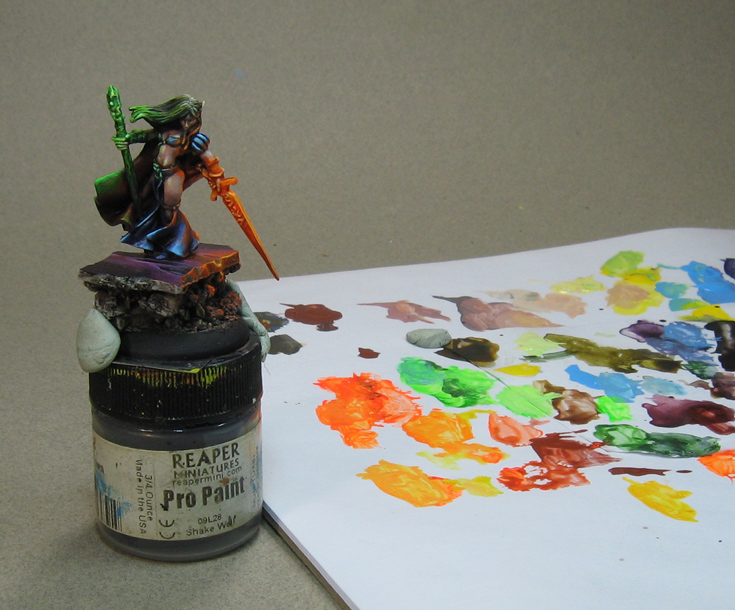 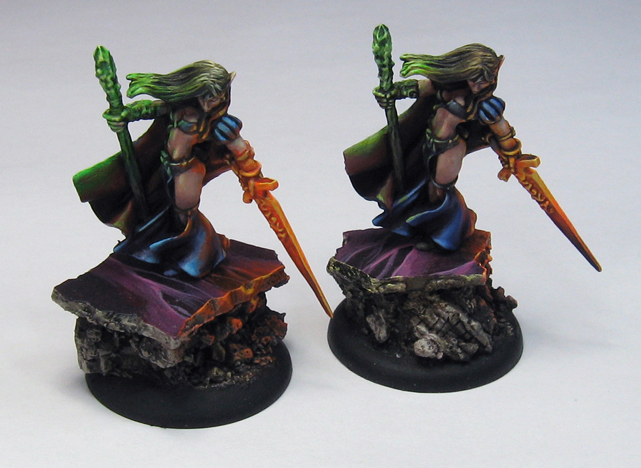 I love object source lighting.  The more the merrier!  It tends to lend the miniatures a sense of scale.  In other words, it makes them seem more 'full sized'.  It is very interesting how it does that. 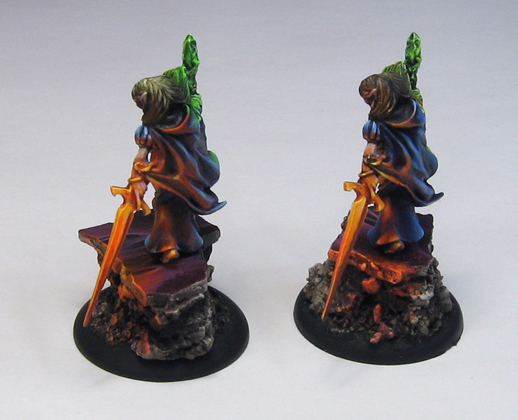 So, I hope you will enjoy this video :-) 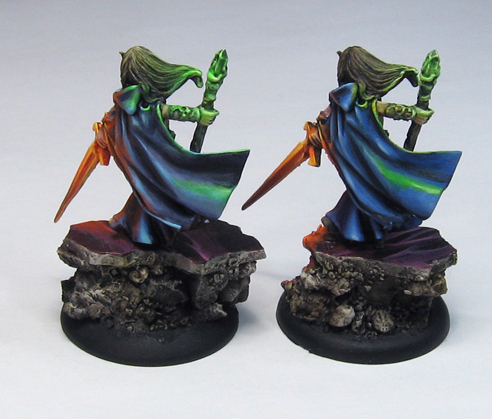 Posted by wappellious at 6:20 PM 6 comments: 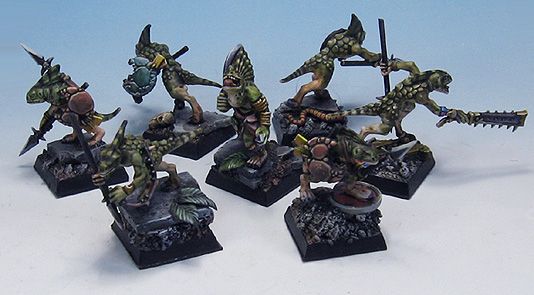 Well, it looks like these guys take quite a beating in the new Lizard book :-(

I am not quite sure what approach I will be using with them.  The previous post did mention small skrox units to house some chiefs to baby sit saurus.  Perhaps it could be another way of scattering vassals around for varieties of Mage Priests, or even Tette-eko. 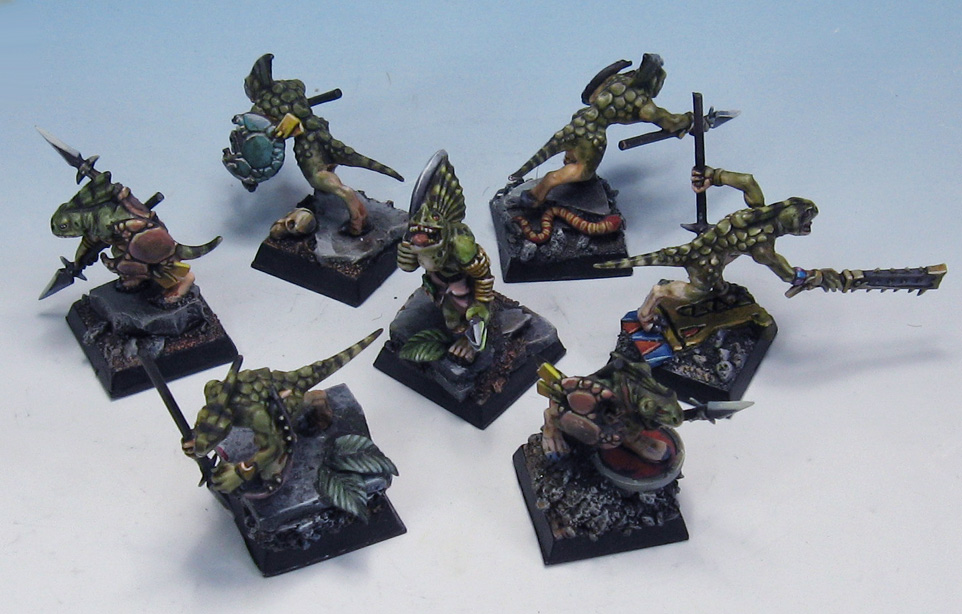 I know that I would like to have one Trog... points probably will never allow for 2.  That's one way of getting a fast moving vassal that might not die off easily.  These skinks were part of that big Skink Tank which used to be a favorite unit in my army.  It had old metal javelin skinks, new plastic skinks, and conversions of plastic skink archers. 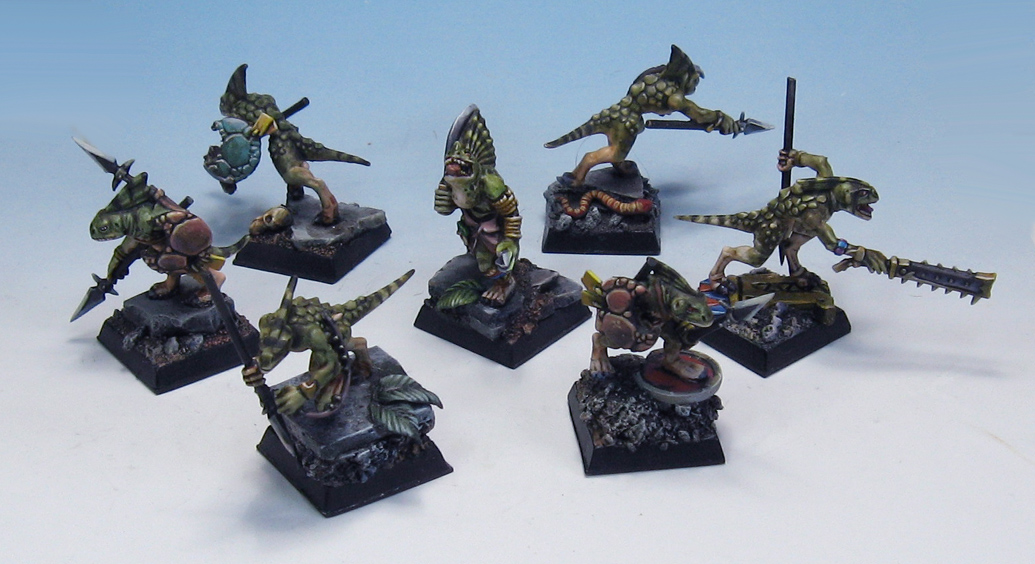 I also have noticed that lots of people are starting to see the potential that I saw in Kroak.  That will likely be my next theme and big sculpting project.

I sculpted him once years ago, and I think I could do something very neat this time around.  His palanquin will be quite elaborate, since he can't be shot at (no need to worry about LOS!).

Here are a few of those converted skinks.  These also became favorite minis!  I just can't bear the thought of abandoning my skinks completely.

I have some Sarus that I might convert to expand on the Temple Guard unit, which is very small right now.  Who knows, I might just do a 'Death Star' unit, which I have never tried.  That always seemed a bit boring to me, and hazardous.  All the eggs in one basket runs very contrary to my play style.

Hopefully I will be able to combine mobility with this, using Rippers, Trogs, Blastadons, and stegs to spread around that Ruination love!! 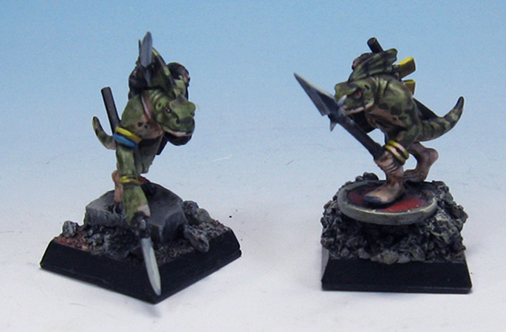