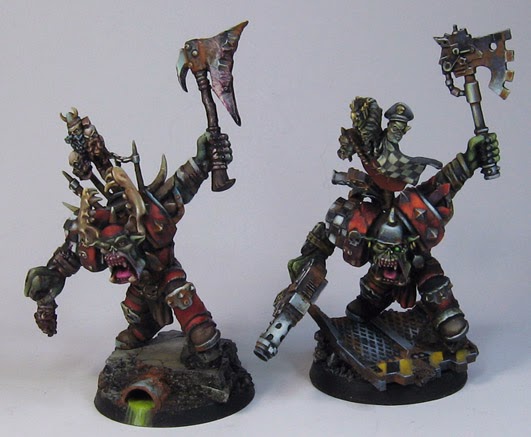 Here we go!  The images of the two Raging Heroes Warbosses side by side.  As you can see, both of the options for set up are pretty neat! 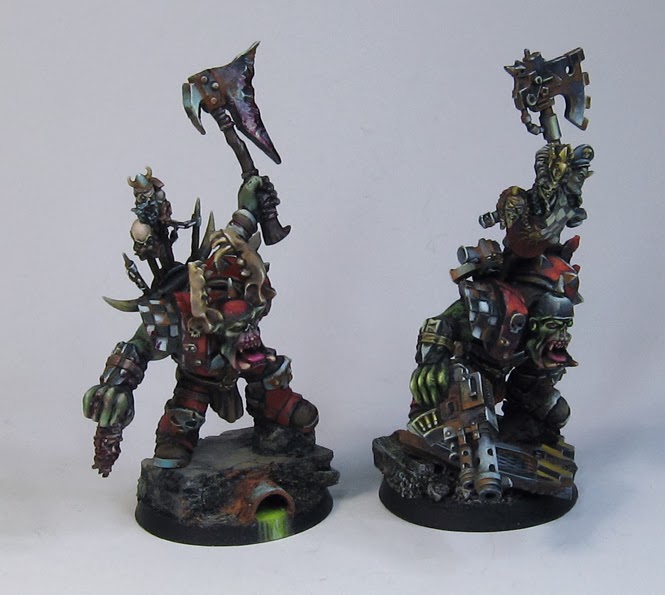 Obviously, you could mix and match any way you wanted to.  You could put more 40k style trophies on the Fantasy version, etc. 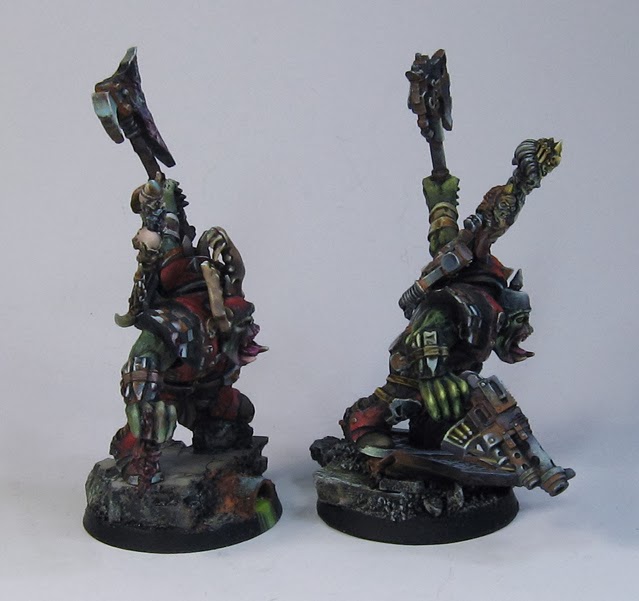 The Bosspole on the 40k guy was really cool, so I would probably stick with that one. 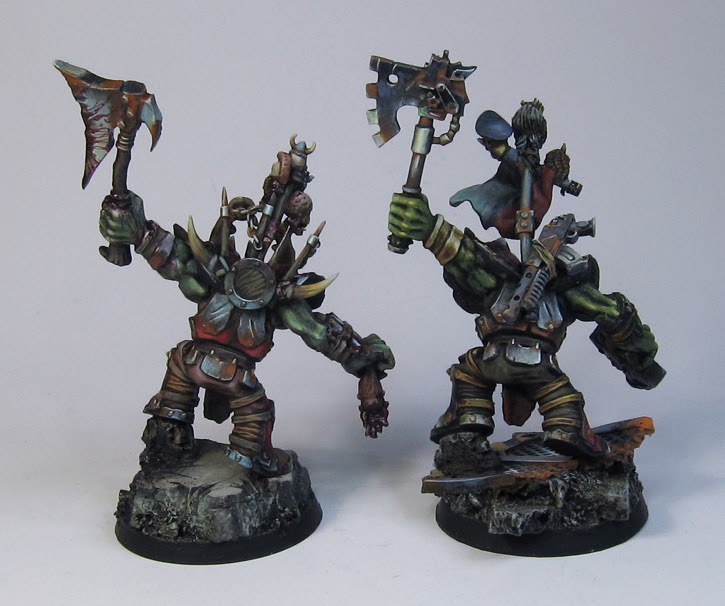 Both of them are on 40mm bases, so you can get a sense of the scale.  They would work just fine for 40k! 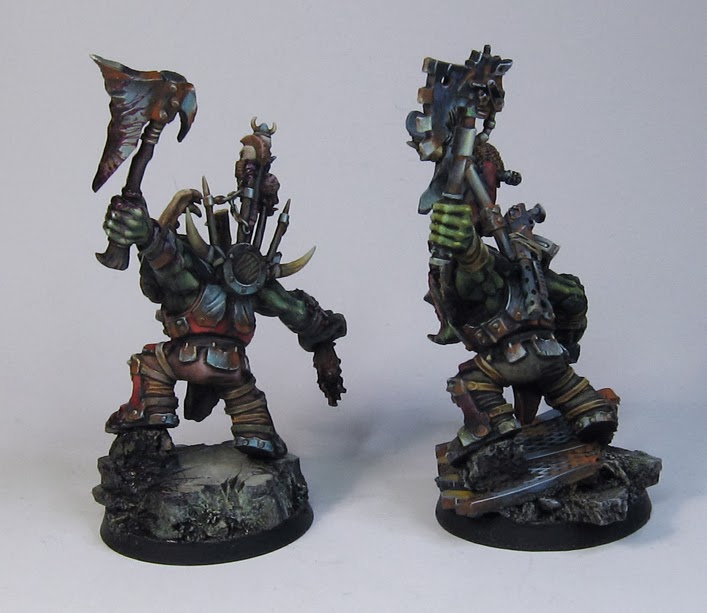 Either way, I am sure you would have a blast painting yours. 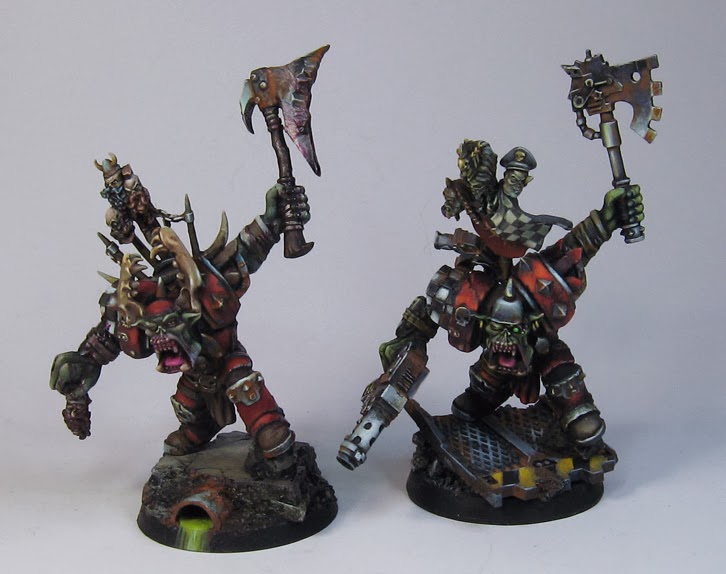 If I had another chance at the Fantasy one, I would definitely have all kinds of trophy heads hangingin from his belt! 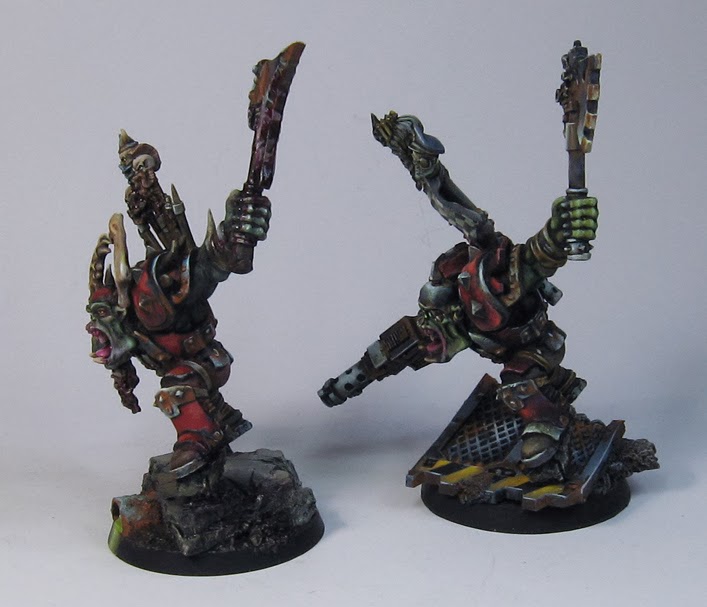 The next set will have 3 of them together... two 40k, and one fantasy.  Plus, some images of the new Raging Heroes casts that have been coming out! 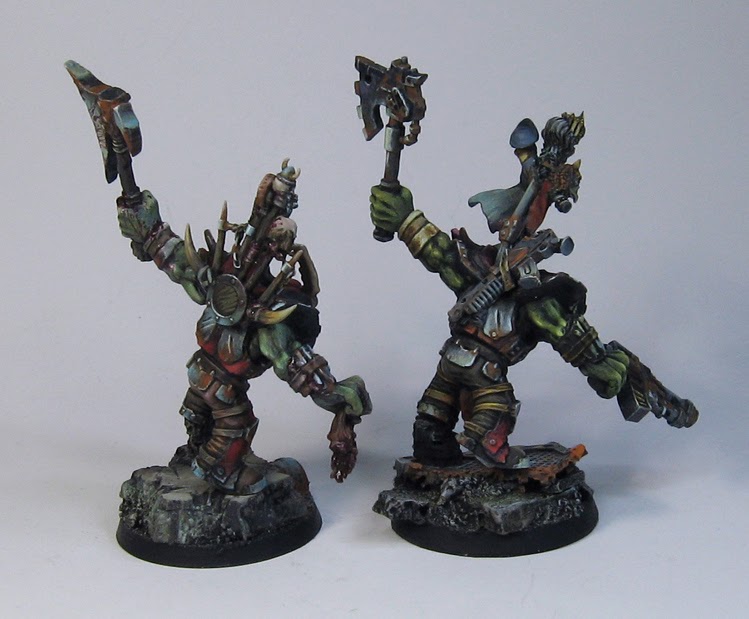 Posted by wappellious at 4:37 PM No comments: 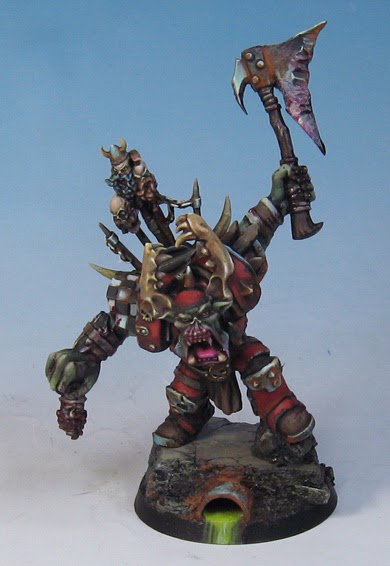 You have seen the Sci-fi versions of this Ork Warmaster from Raging Heroes, but this time around, it is the Fantasy version.  Either one is really fantastic, and very easy to convert.  I did not do that here, since I wanted you to see it as it comes from the package. 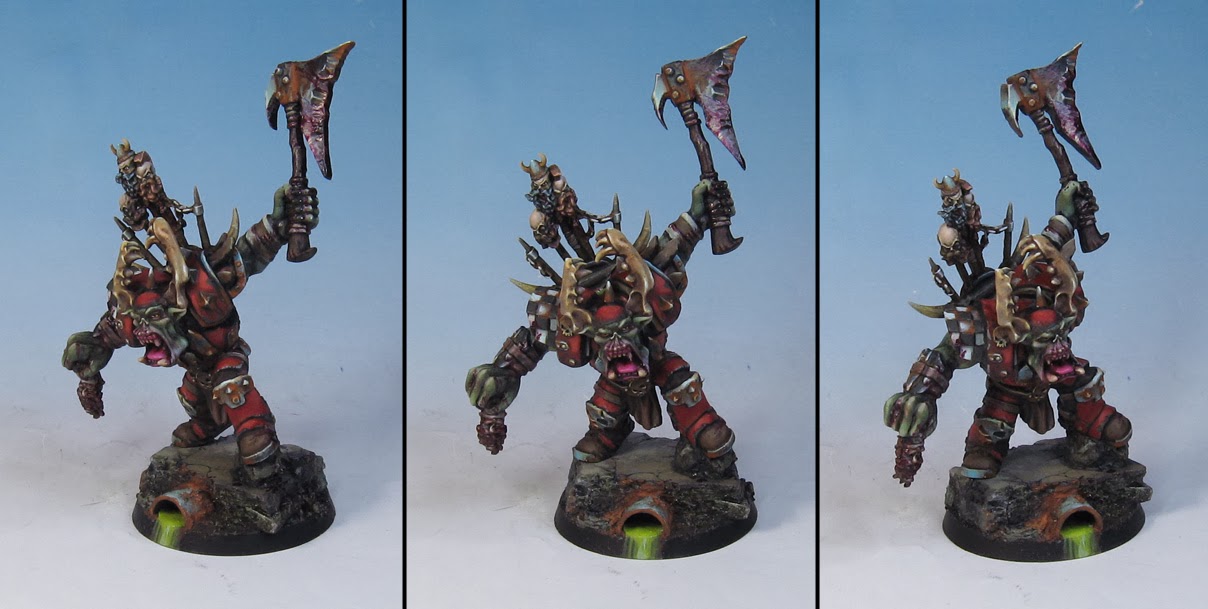 It is very high quality resin, as all Raging Heroes products are.  The material is pretty strong, and very easy to prep for painting.

I have some side by side shots of the Fantasy version next to the Sci fi version which I will post next!
Go check out their site for more great minis! 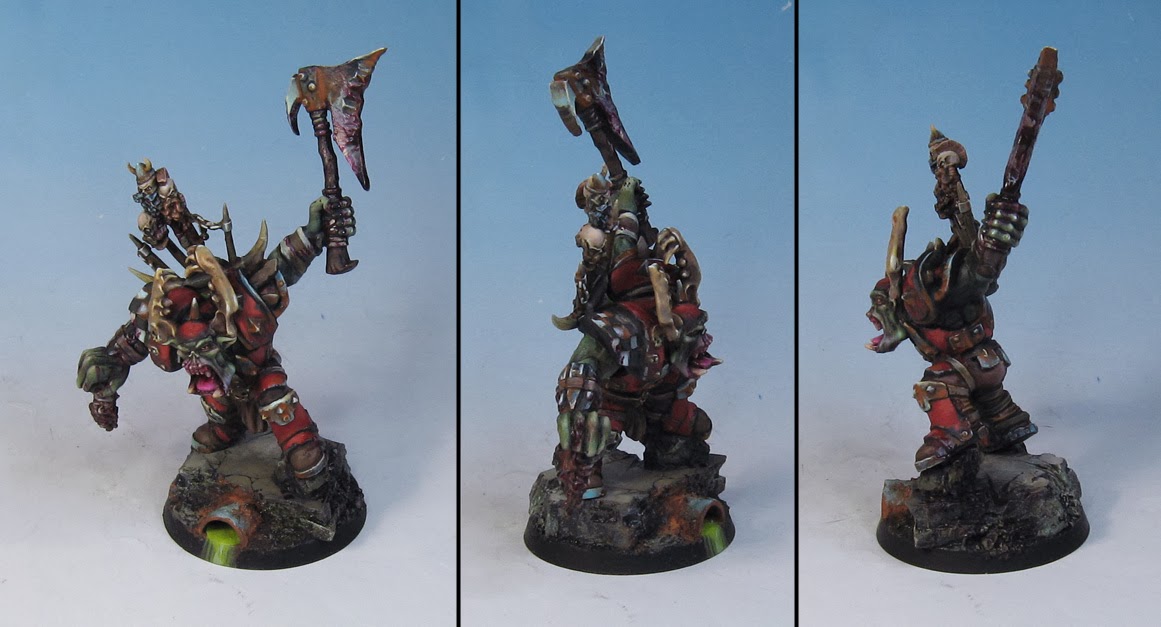 Posted by wappellious at 3:24 AM No comments: