Mighty handy with that shootin' iron. 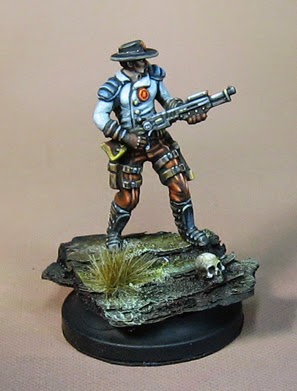 Or, mighty mean with that RJ 1027 :-)  Here's a long range hired hand from the Wild West Exodus Lawmen.

I have been going more close combat heavy with the last few posses... I am hoping to get a few additional items to make more of a long range version.

I think that more long range hired hands might work well with the three Interceptor posse (or even four!)... we shall see. 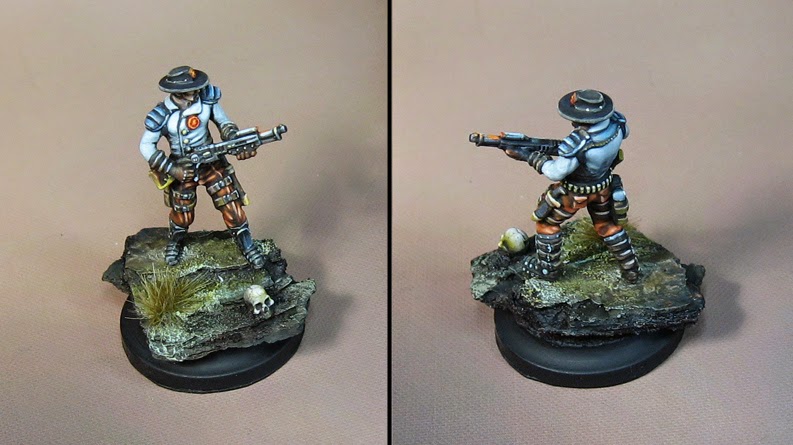 Get your mind out of the gutter 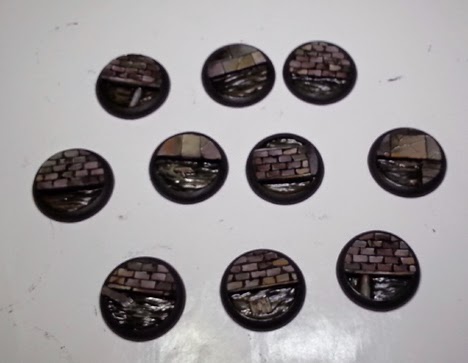 Huzzah!  The Sewer Works base set from Secret Weapon are mostly complete! 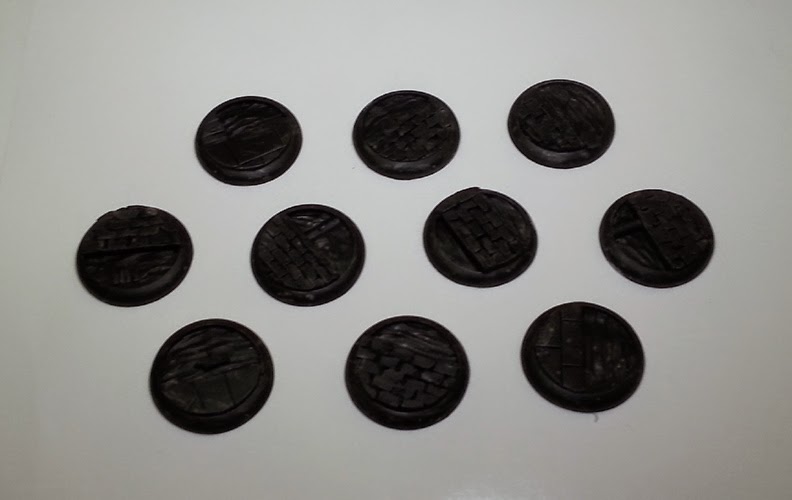 Followed by some rapid applications of color, mixing right there on the surface of the base. 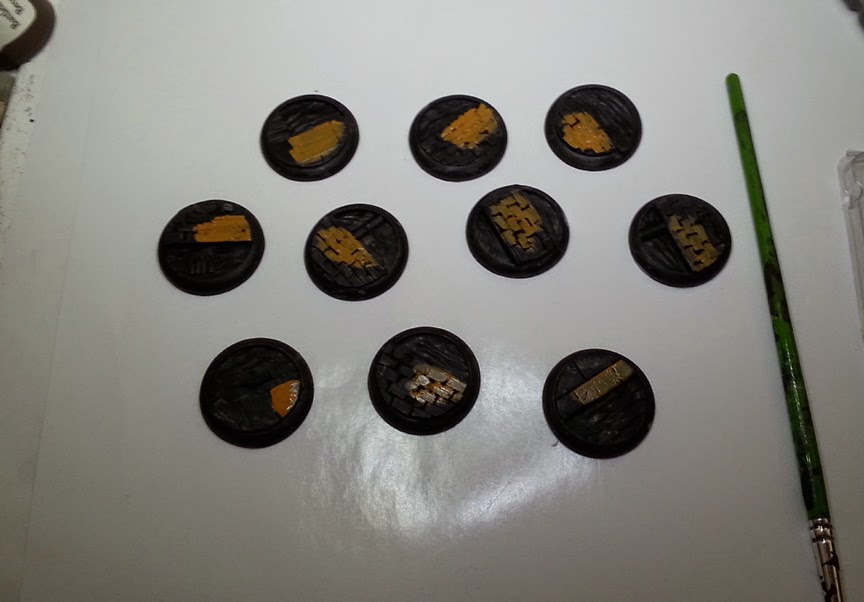 You can see that I had some simple green, yellow and red out there... mixing the green with the red to get a nice grayed down color for the cobblestone/bricks. 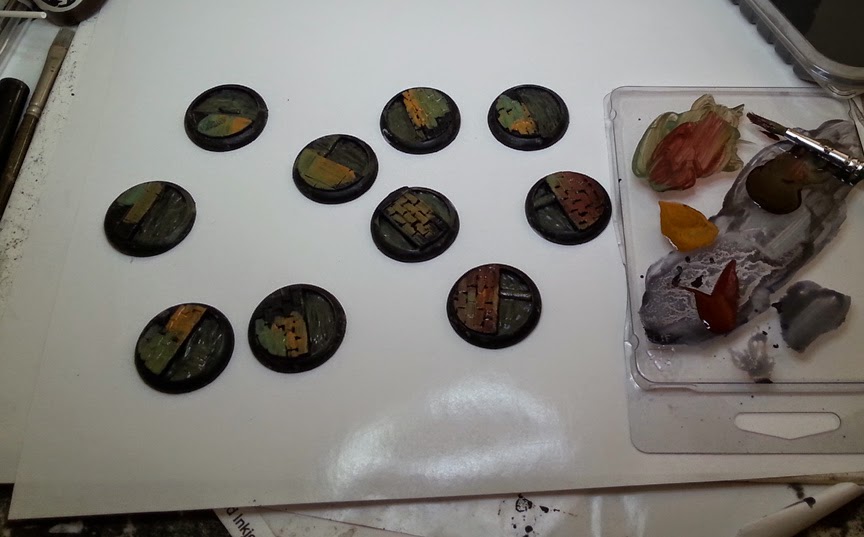 Some of the green was also brought into the water as well. All of the colors are lightened up slightly. 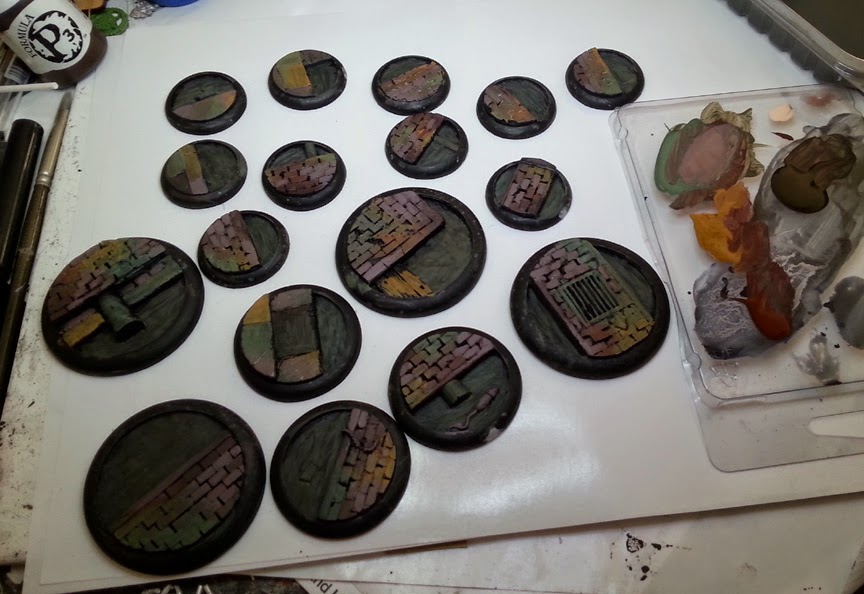 I picked out a few bricks for emphasis.  Glazes will be applied over many of these surfaces. 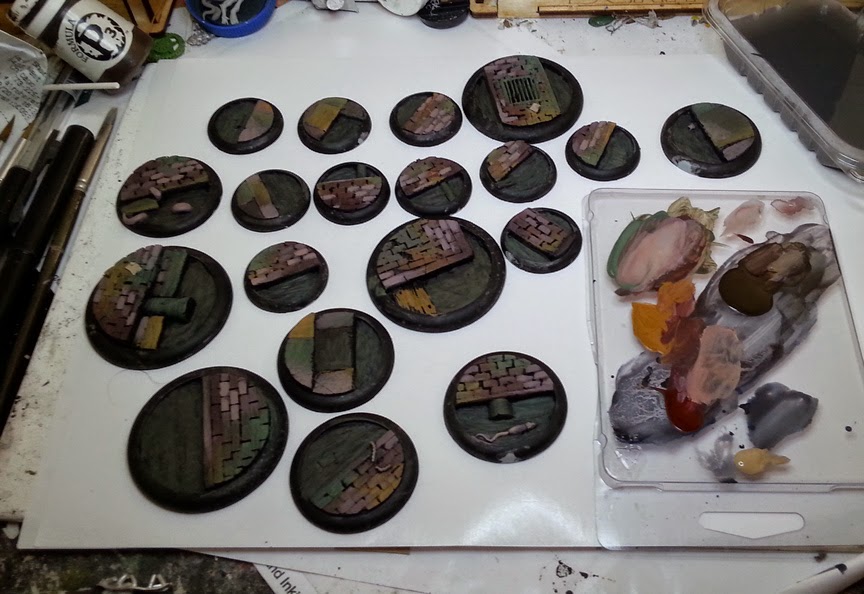 Some of the yellows and greens are also lightened.  You can see that some areas are still left a bit darker than others to create some interest. 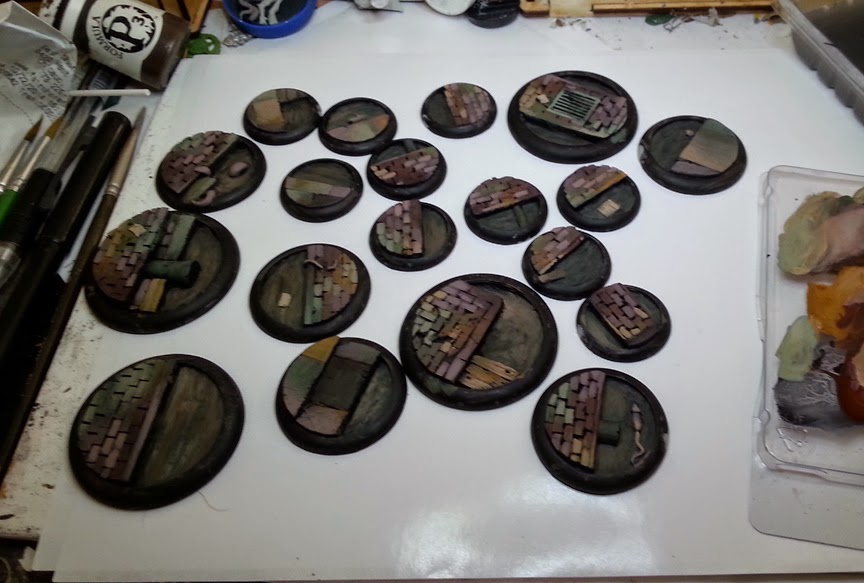 While I didn't want to get too crazy picking out 'waves' in the water, I still tried to bring out a few of them, especially where something was actually in the water, such as the rat! 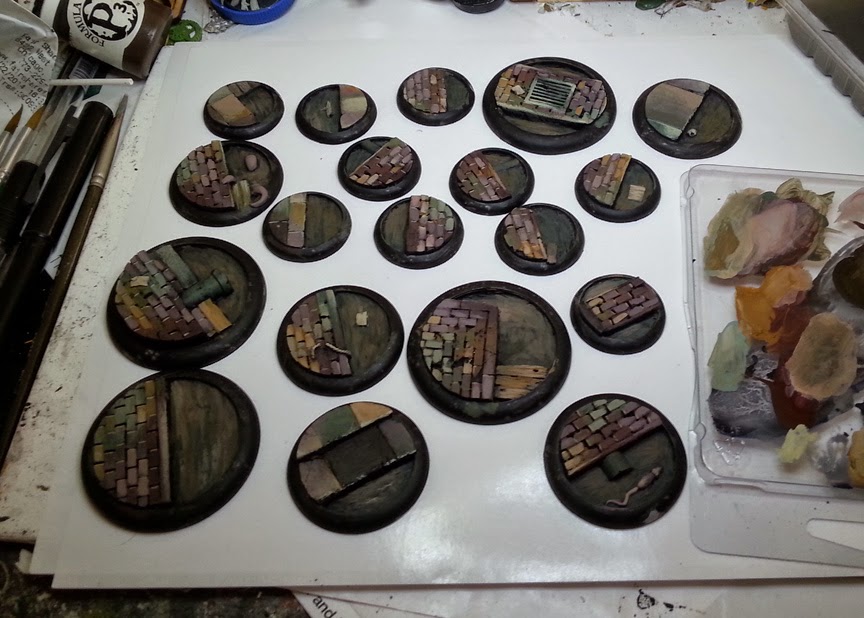 I decided to go with some metal colors for the sewer drains, to get a little more color in them. 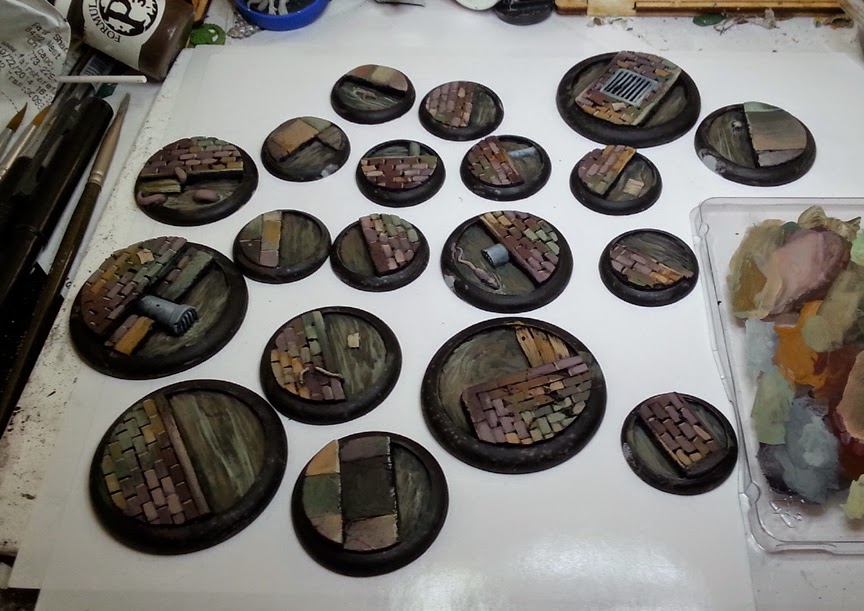 Prior to glazing and tinting, I used some Reaper Brown liner paint to clean up some lines... 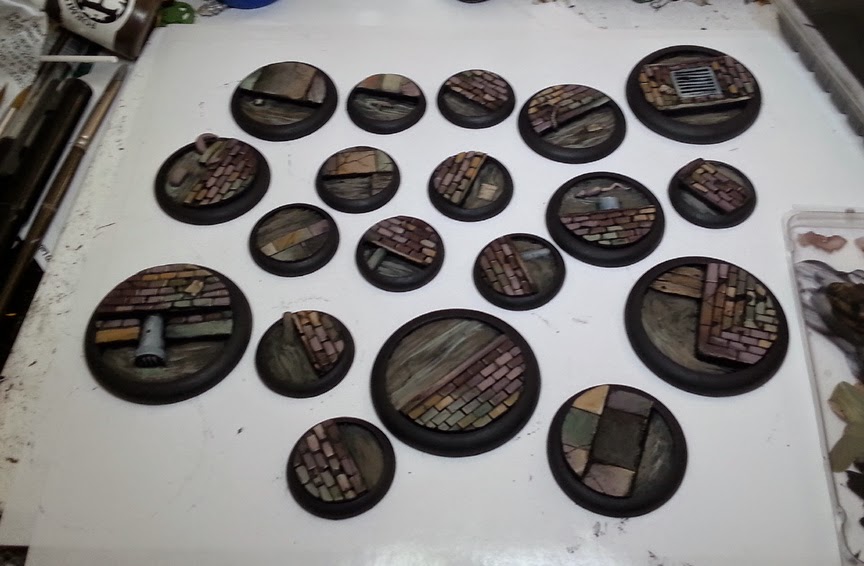 After the initial glazes, I wanted to see what the water would look like with the shiny texture.  Out came the Secret Weapon water effects! 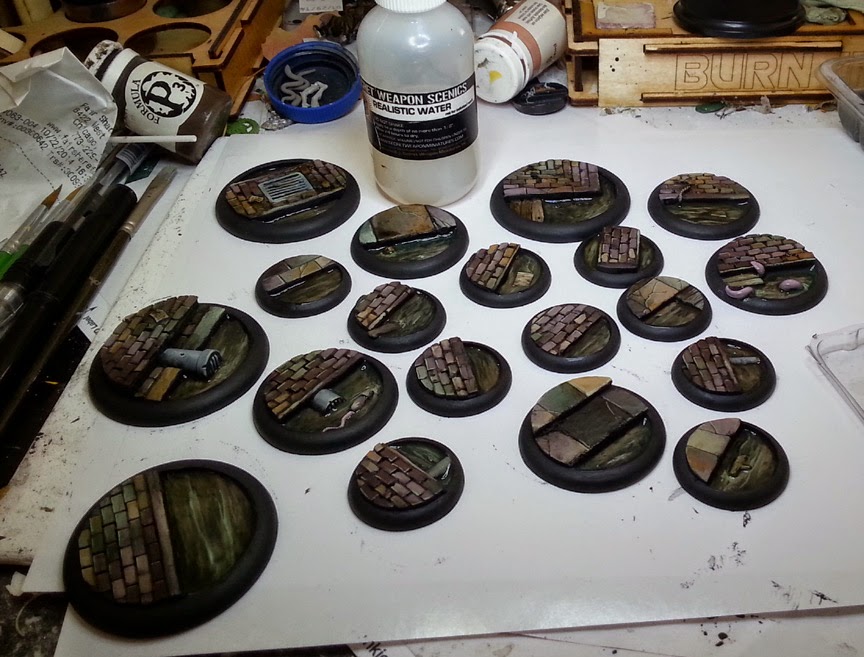 That was mixed with a few variations of fluorescent yellow, green wash, and sepia wash.

The idea was to 'suspend' some of these transparent pigments in the realistic water, creating more of a polluted appearance.

After the first layer, I went back in with an even more intense fluorescent mix in a second application. 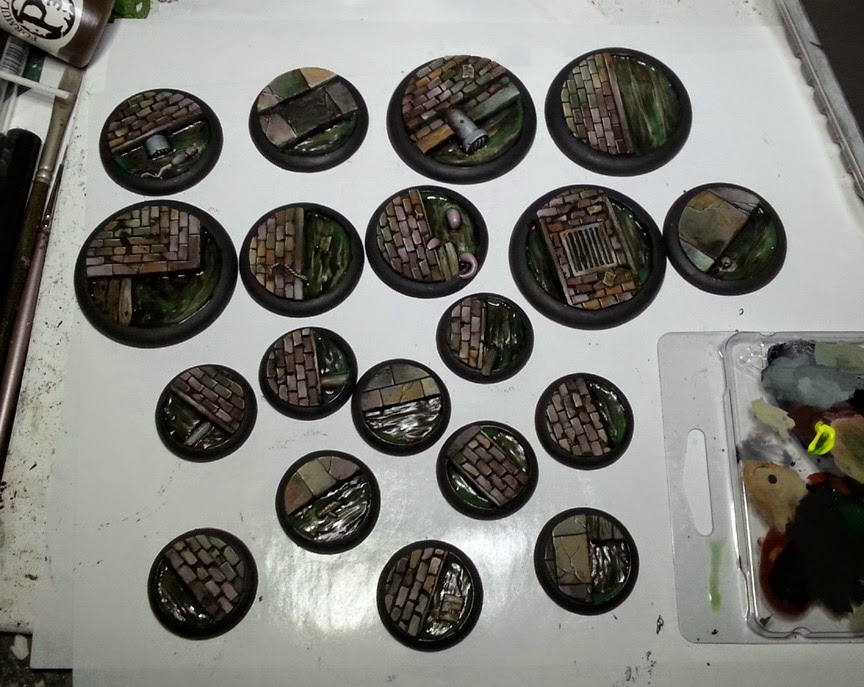