Converted Vostroyan Master of the Fleet 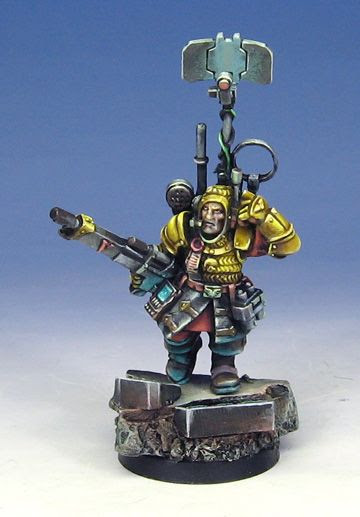 Here's the final member of the converted Vostroyan command squad!  This time it is the Master of the Fleet.

The nature of the metal figure limited what I could do, so I did a little alteration using a tank radar antenna. 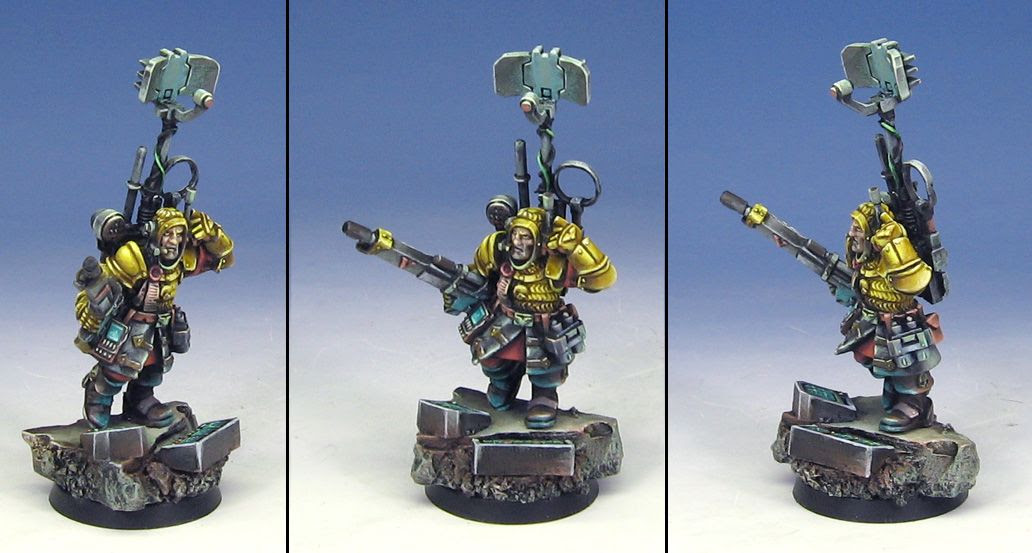 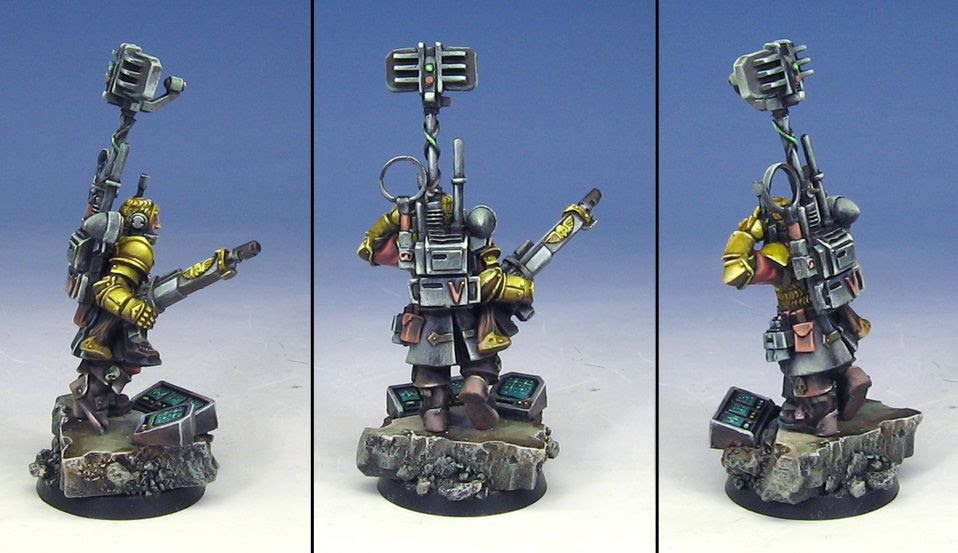 The biggest addition was on the base.  I used some extra pieces cut from the interior of the Storm Raven.

Here you can see him on the base... sadly, most of the screen are obscured :-)  Stay tuned for the group shots tomorrow!

Posted by wappellious at 8:18 PM 5 comments:

First Army of the Dead grunt 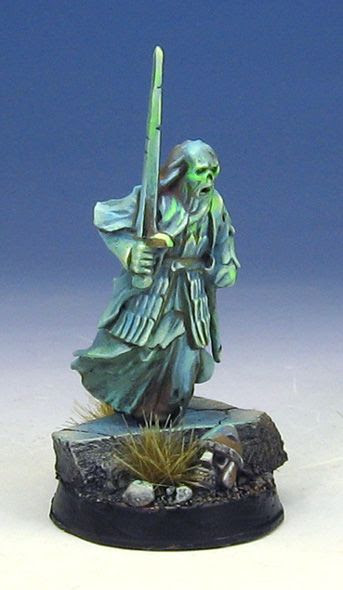 Those original mock ups (which looked like any typical undead soldiers) had been scanned and the glowing effects digitally added.

I tried to do the same thing here, by preserving a bit of the tans and browns under my fluorescent glow! 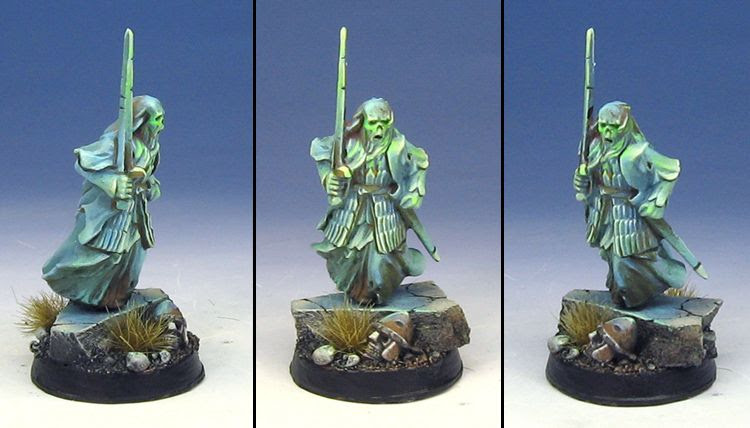 I am glad that I waited to finish these off until after my experiment with the fluorescent paints on the Tomb Kings!  It made a huge difference.  I will try to take some WIP images of the future Army of the Dead minis. 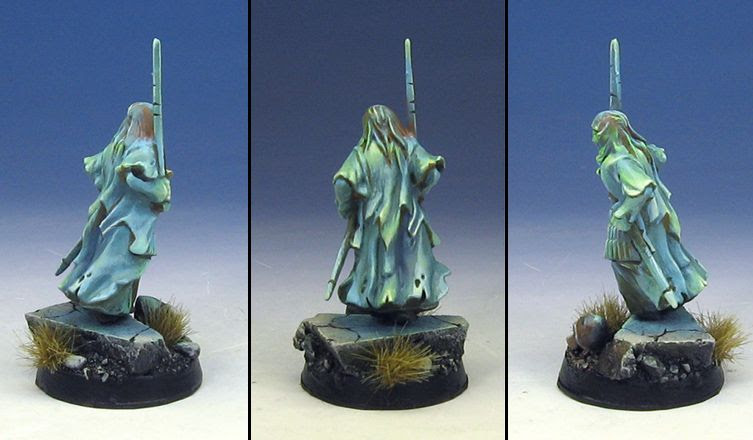 First day in the new home... 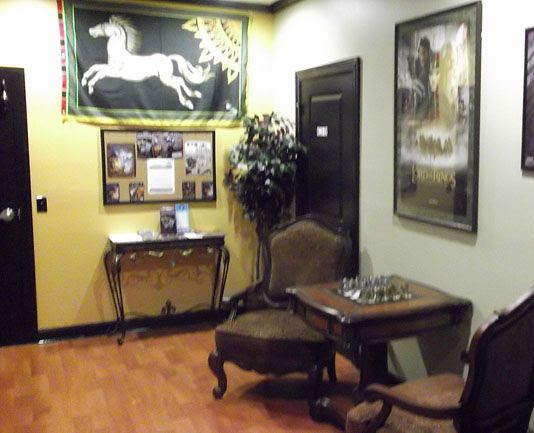 Fortunately, the remnants of Issac had other places to be, so we were able to undertake our special mission for the day!

Earlier in the week, Cathy stumbled upon a new game store, called the Wandering Dragon Shoppe, which had just opened its doors this July.  As it turns out, it is closer to us, and much closer to several people who also game with us.  It is located in the very nice downtown of Plainfield Illinois! 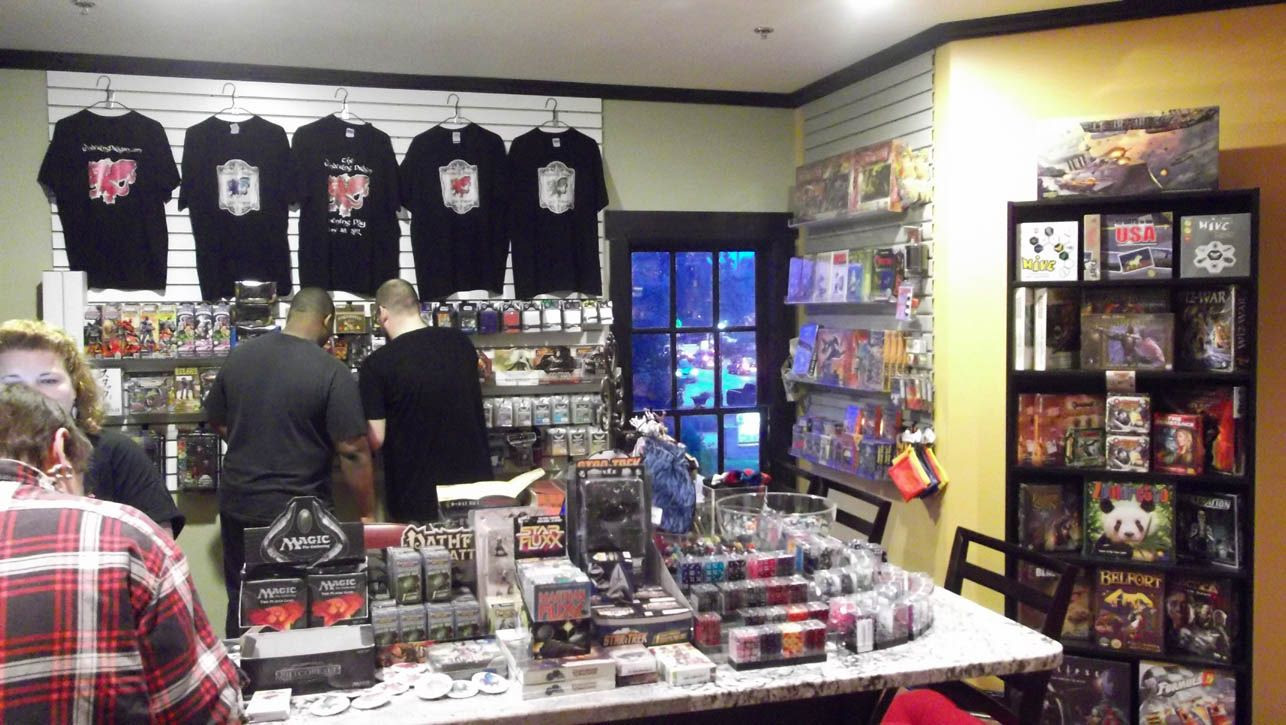 They had a very nice webpage, and a facebook page as well.  The pictures of the store looked very welcoming.  They have a few different areas in the store, such as the 'lobby' with the chess board, the main shopping section shown above, and in these pictures: 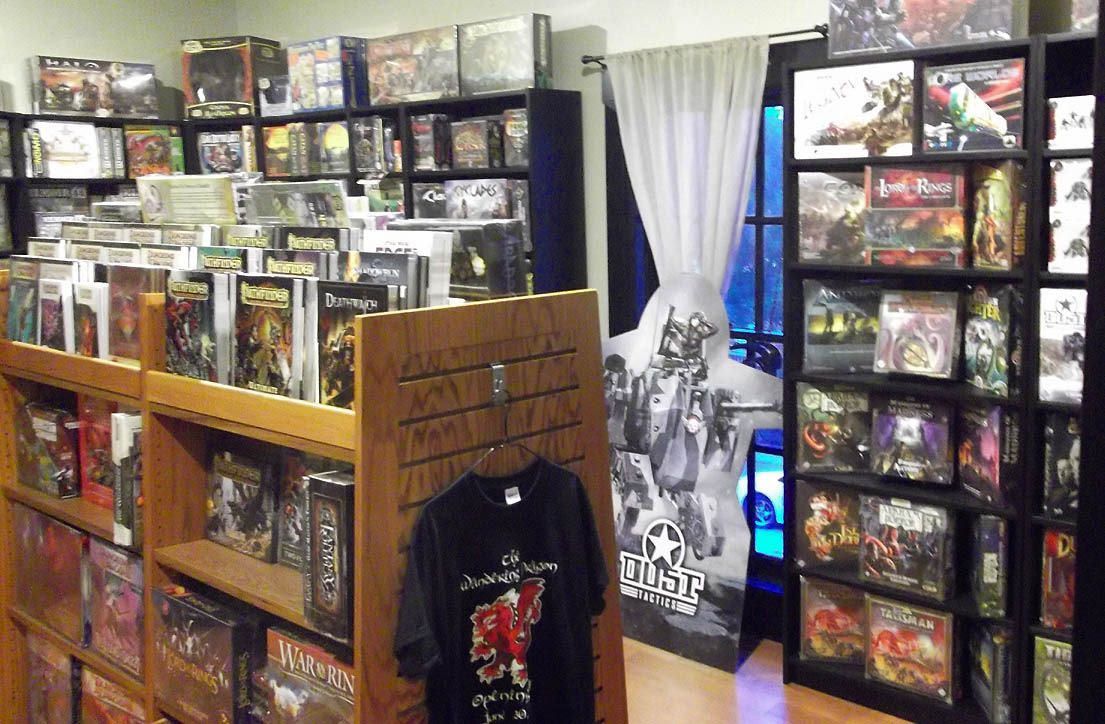 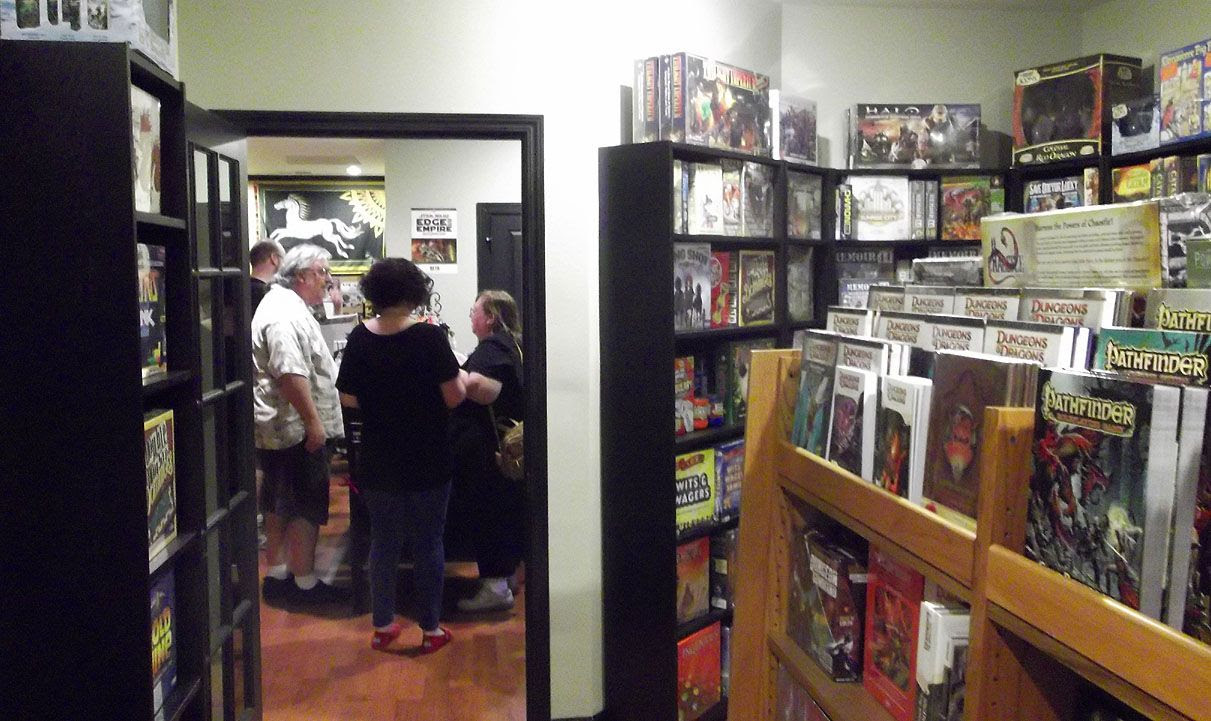 There are lots of great boardgames, RPG and card games to be found.  There is also a private room for RPG's or other games where you want things to be a little more quiet... Like a game of Battlestar Galactica!  Cylon... 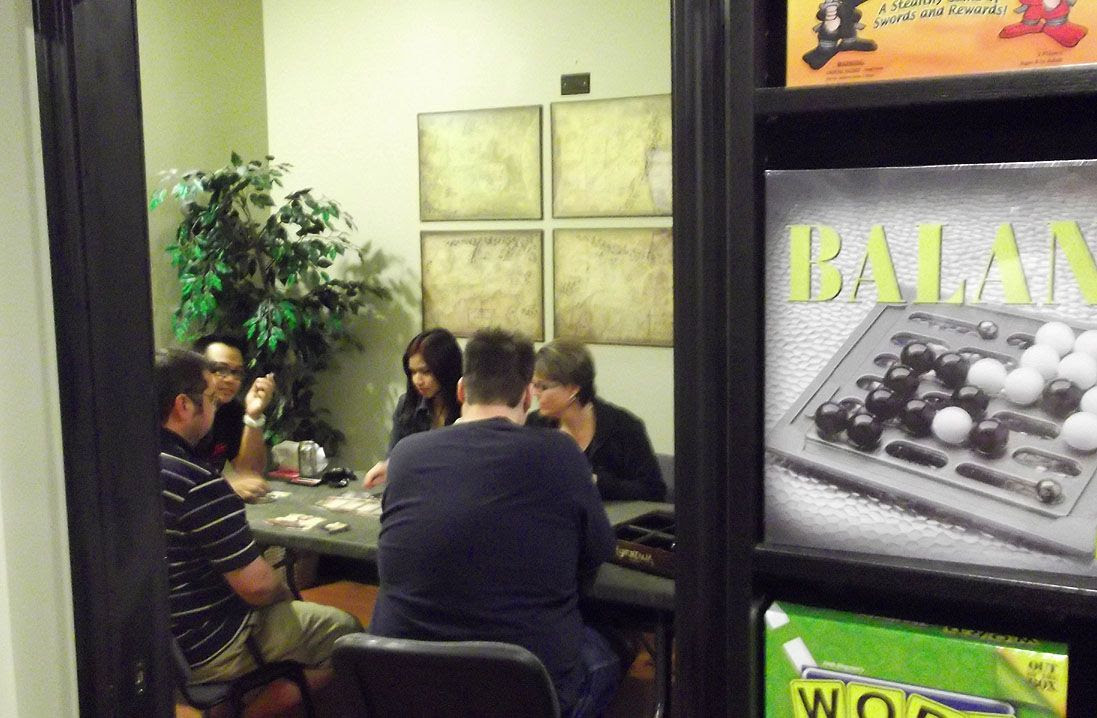 The gaming area is also very nice. It is well lit, with a wood floor, and even a big screen TV! 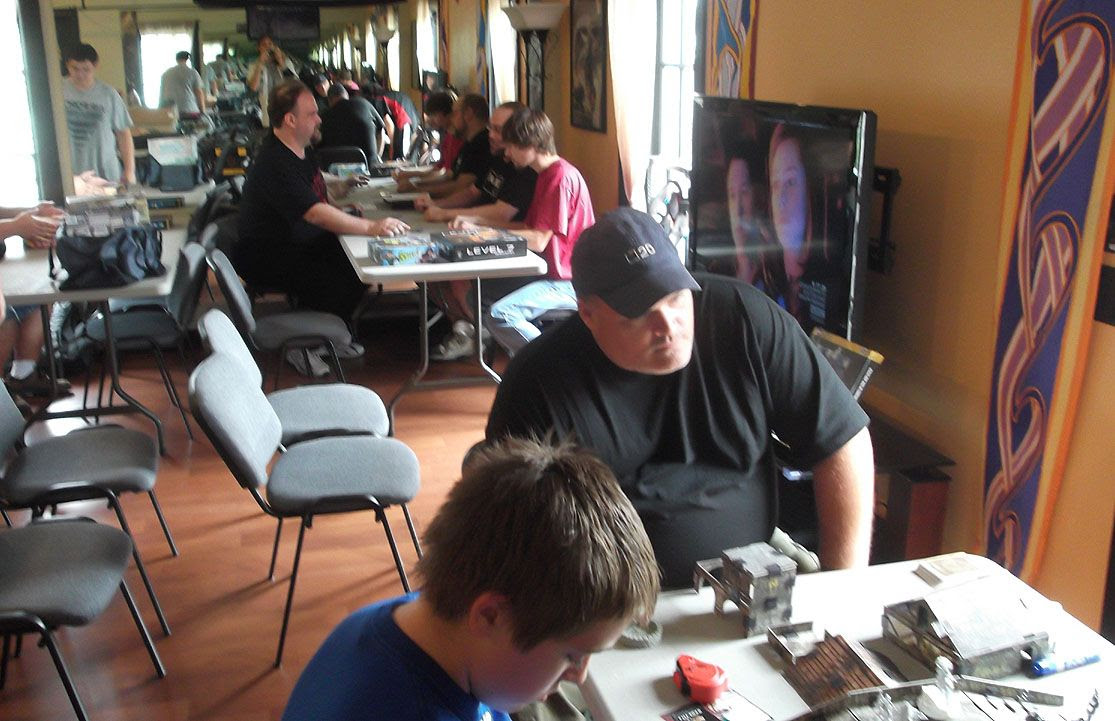 As you can see, a Dr. Who marathon is playing!  On this particular day, they played the new season premier, which is why the chairs were set up this way: 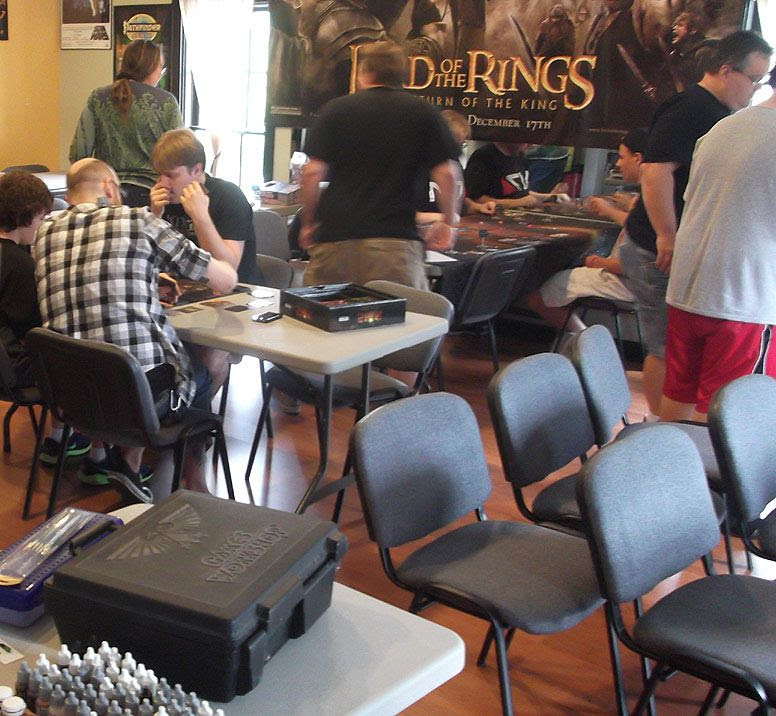 There were games of Malifaux being played, among many others... 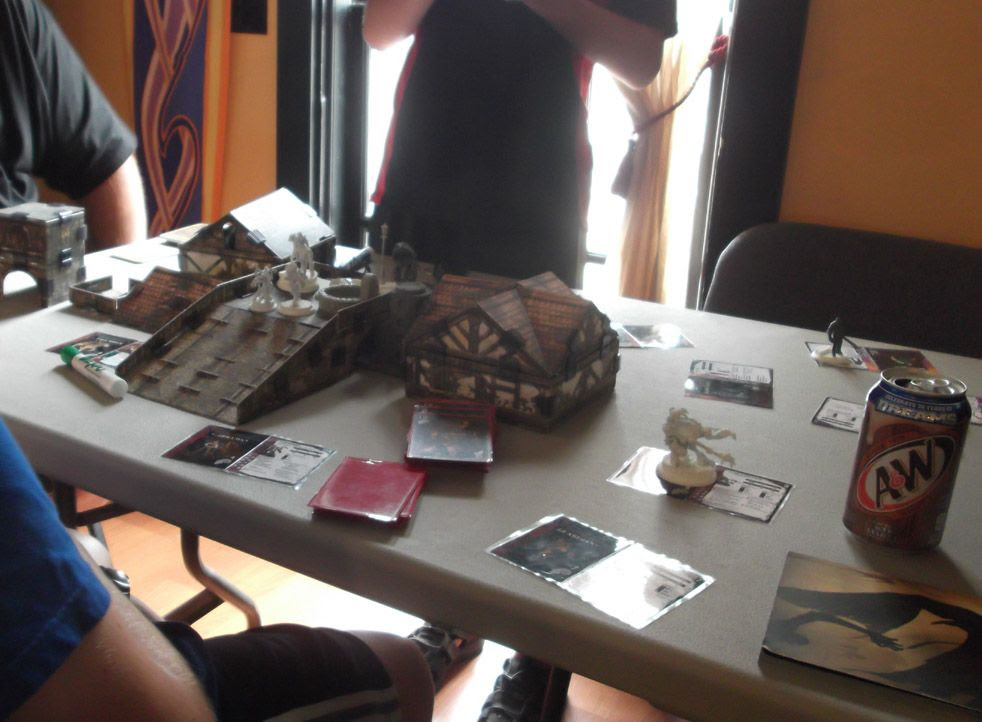 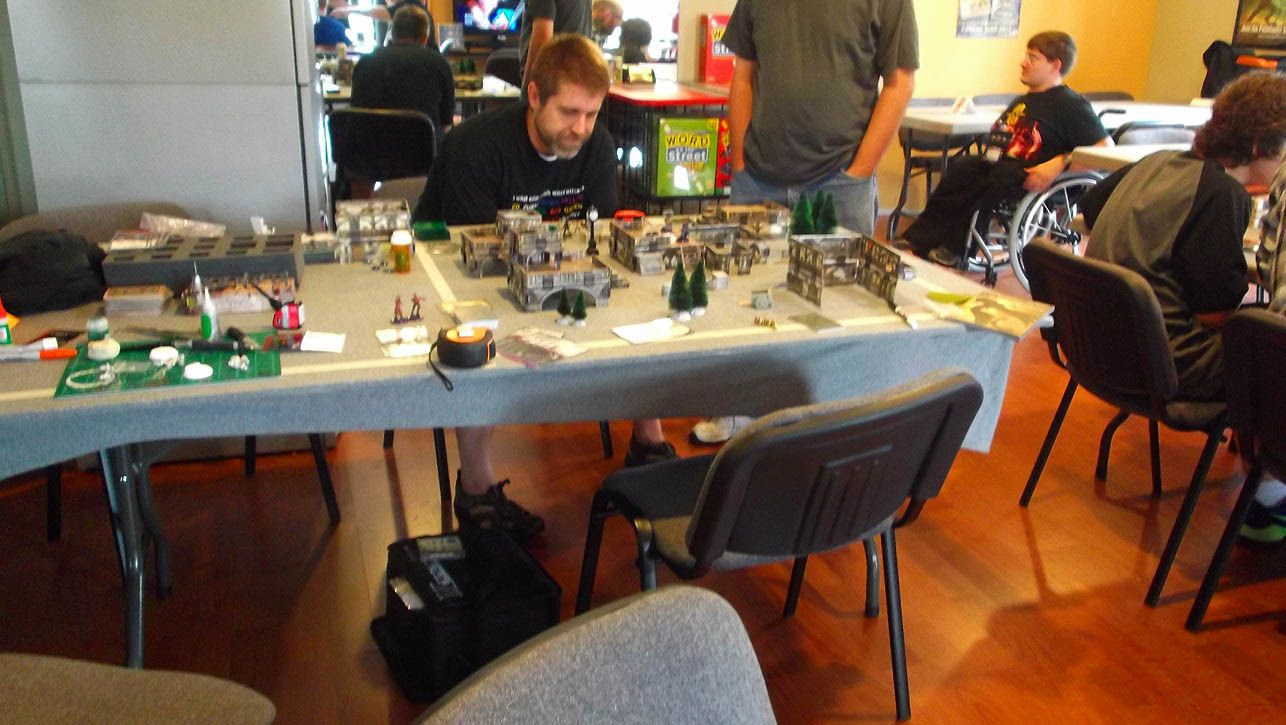 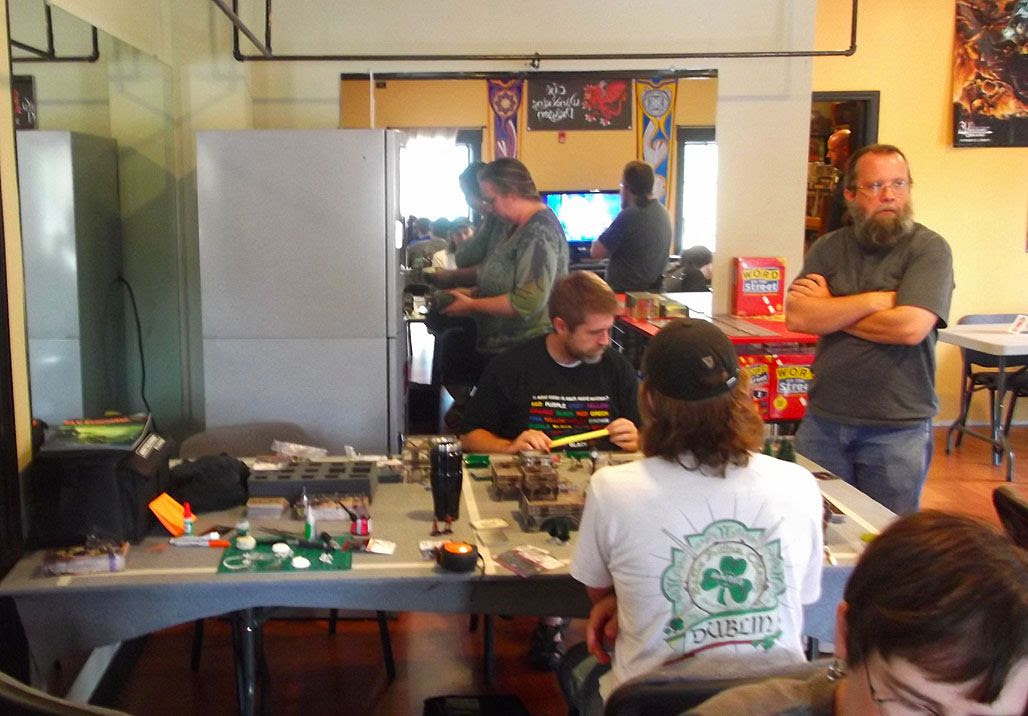 It was a very friendly and inviting atmosphere.  People there were fantastic, and everyone was having a great time.  We met a few folks who had even taken our painting seminars at Adepticon.

They are still filling out their product lines.  Adding some paint and hobby supplies is a primary future goal, and possibly some GW products as well.

It was a great place to spend a day, as there are many other things to do right outside the door... like get ice cream, sit outside cafe style at more than a few restaurants, and so on.  The fact that is was a good 10 minutes closer to us was quite the bonus!

A very happy accident!  We look forward to our next visit, which will be posted here.  Stay tuned!