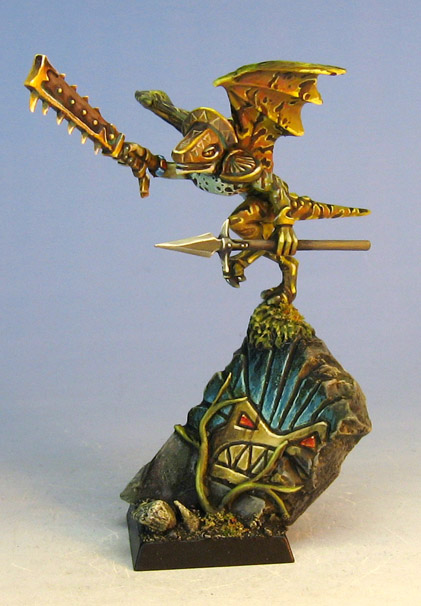 Meet the General of more than a few of my tournament armies.  Stikki Wikkit!

He was made using a regular plastic skink, with some wings from an old GW plastic bat.  The base was done using sculpey and green stuff. 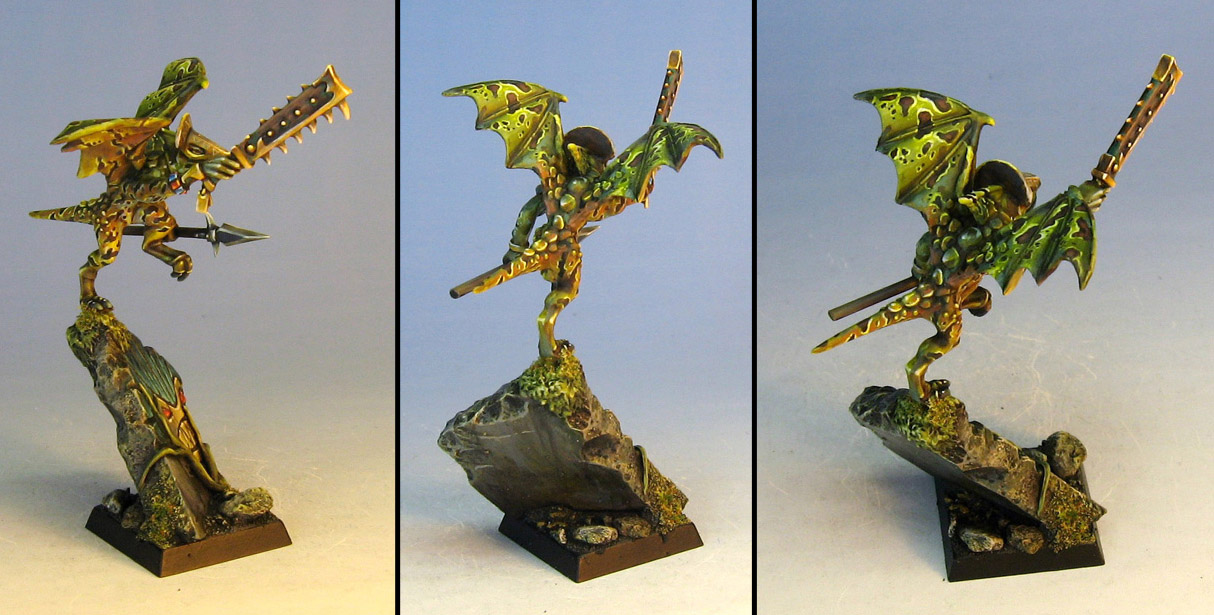 Here's a portrait of Stikki, done for Games Day.  He managed to win a trophy for Best in Show in the art contest.  You would expect nothing less from Stikki! 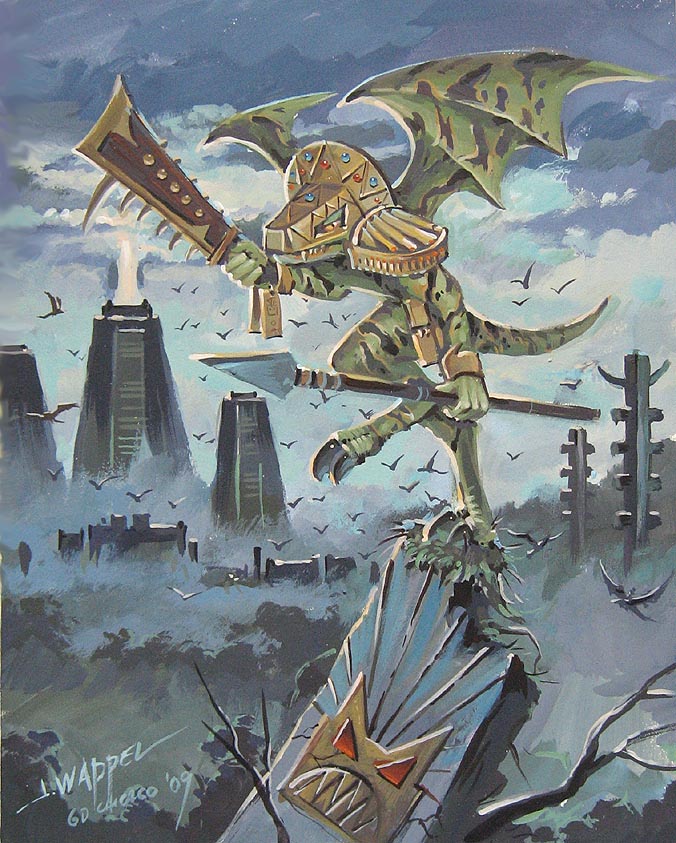 And for those of you interested in the story of the army...

Posted by wappellious at 8:55 PM 4 comments: 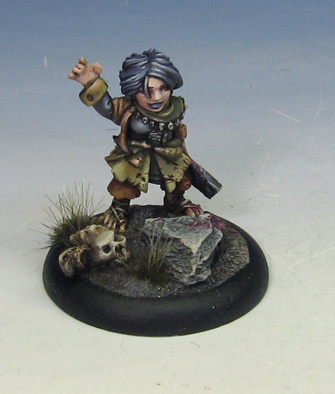 Corna is easily startled, sometimes by nothing at all.  She wanders off with no clear self purpose and often speaks to herself... sometimes angrily.

Corna is generally friendly with only a hint of  a wicked side that she suppresses well.  She prefers insight and knowledge as tools of combat. Be sure to check out the latest kickstarter project from Stonehaven!!! 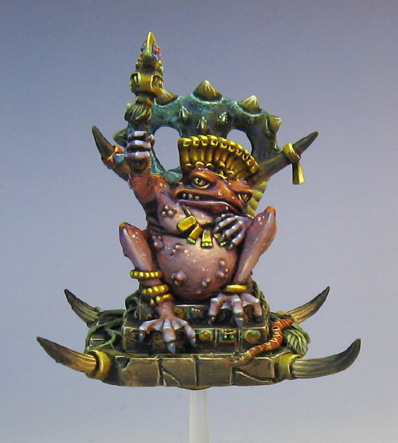 As we cross the 1000 post plateau, and stand just one day away from the Blog's first Birthday, we see the return of the most powerful mage priest in all of Lustria. 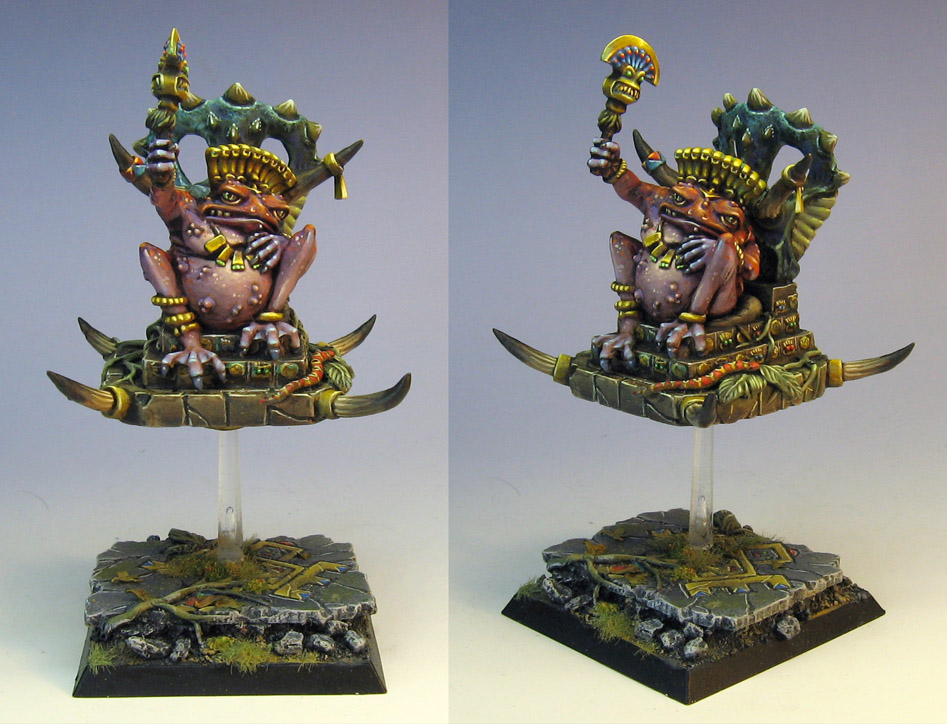 Many years ago, I was given some really old miniatures.  One of them was a mystery to me.  I had no idea what it was supposed to be.  It looked like a toad with part of a throne.  That's all there was. 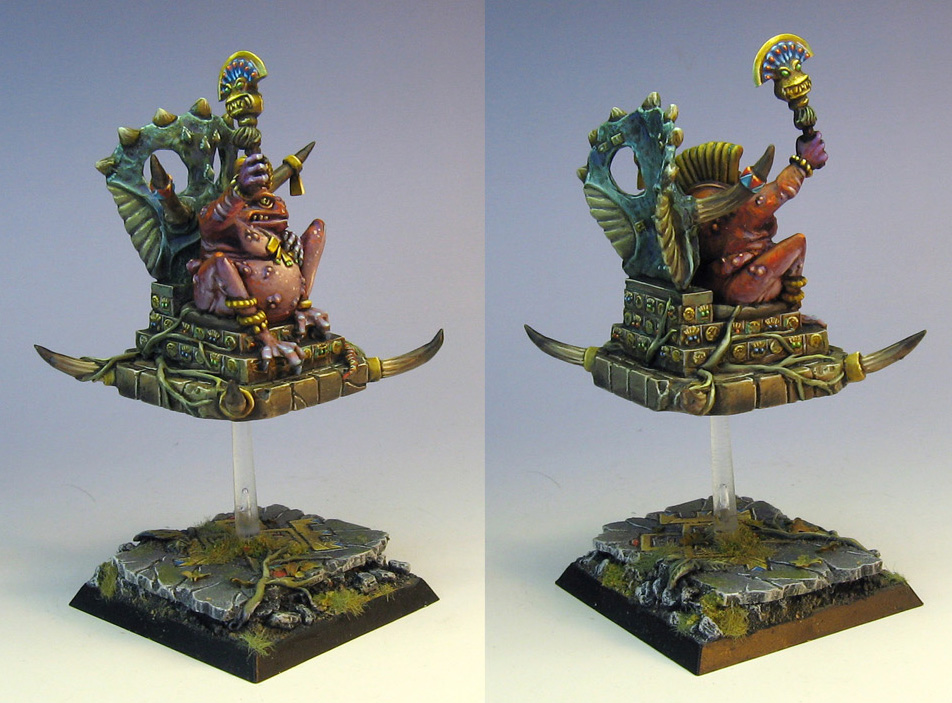 I started playing Warhammer in 2008, my first army was Lizardmen. After a few games, I figured out what the mage priest was all about, and then I saw this guy in an old version of the Lizardman army book!  The Temple Guard palanquin bearers were missing, which is just as well, since it never would have fit in the unit in 7th edition.

Instead, I baked some sculpey, and crafted the palanquin myself.  I used some green stuff to make the extra details such as vines, leaves and snakes. 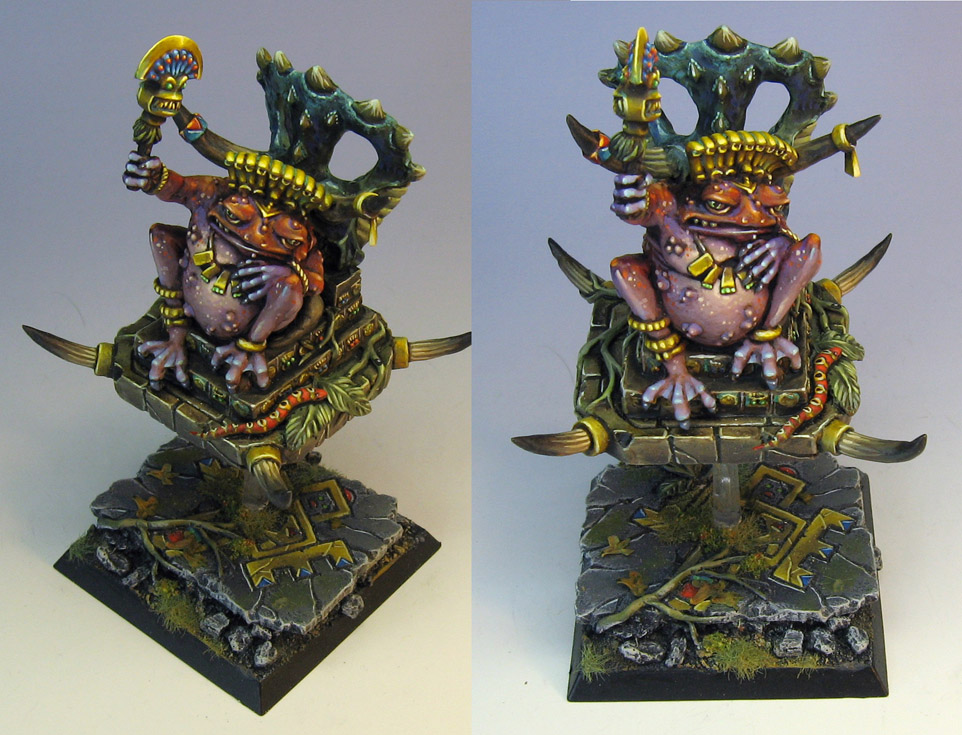 I made a base for him in the style of the army, and there he was!!!  Ready to lead my scaley hordes to victory.  He did, in fact, do so in a tournament, my first in 7th edition. 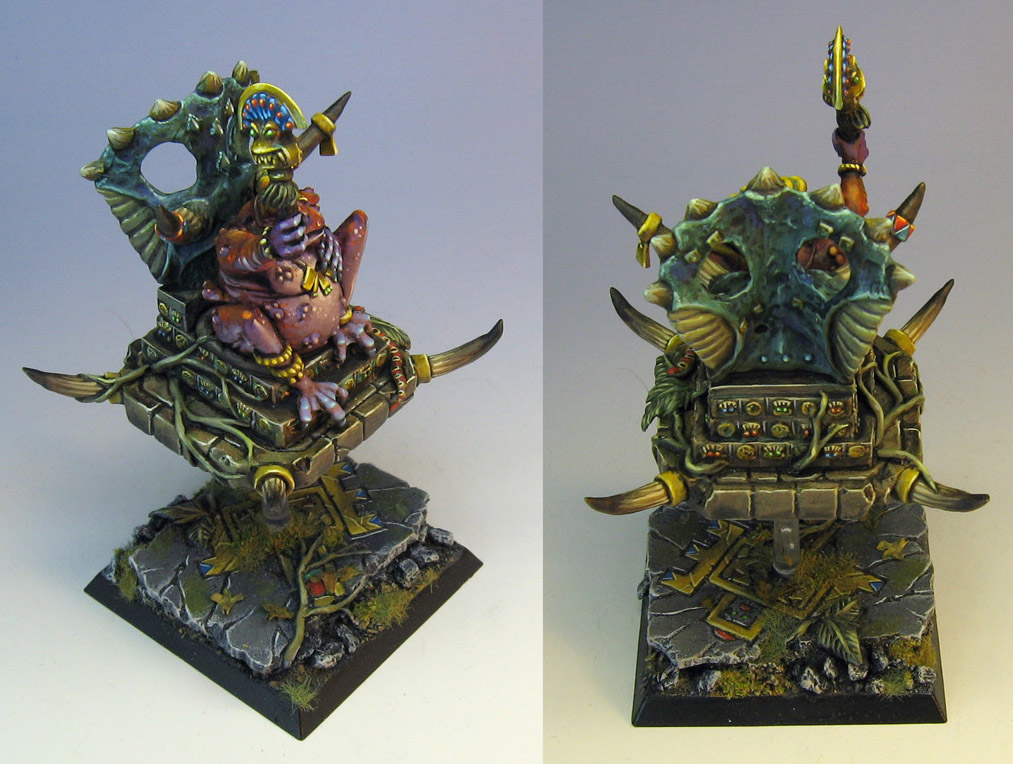 Less than a week left!  Don't be left out of the Pyramid!