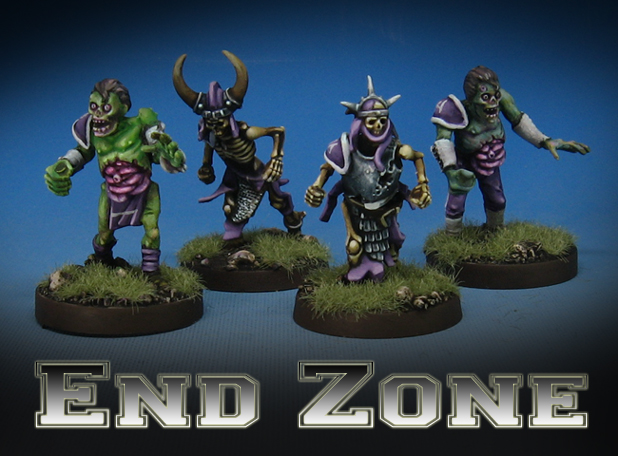 Another blast from the past!  Here we have a few converted skeletons and zombies for an Undead Blood Bowl team. 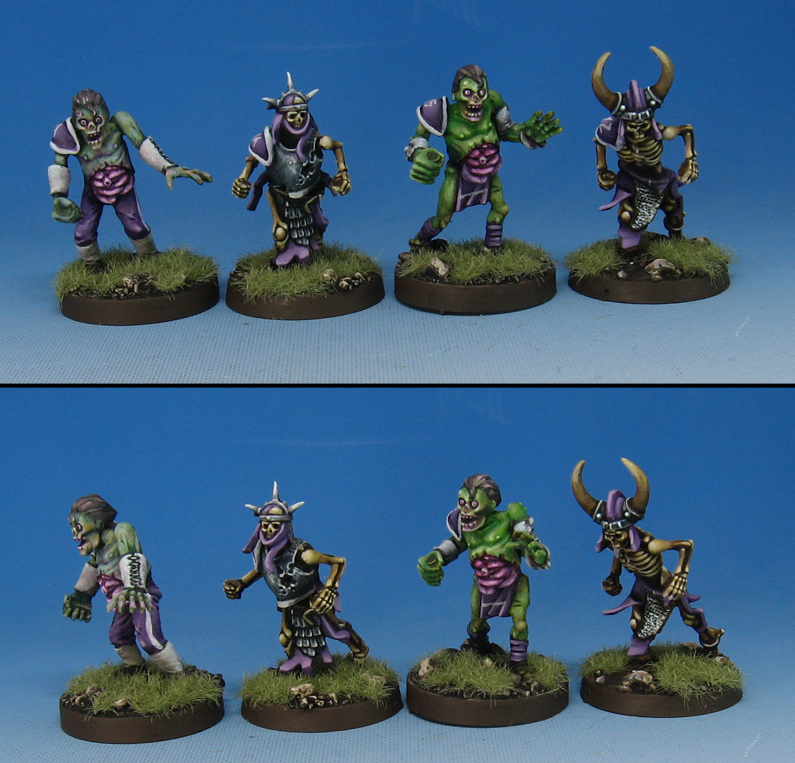 I had some fun with the skin tones on the zombies... varying the colors from one to the next, and balancing all the greens against the purples, pinks and reds.  The purple was the key element in the transition between them, since green and purple make a grey as opposed to brown.

That grey is a nice 'dead' flesh color, as opposed to brown, which is what you will get from a green/red mix! 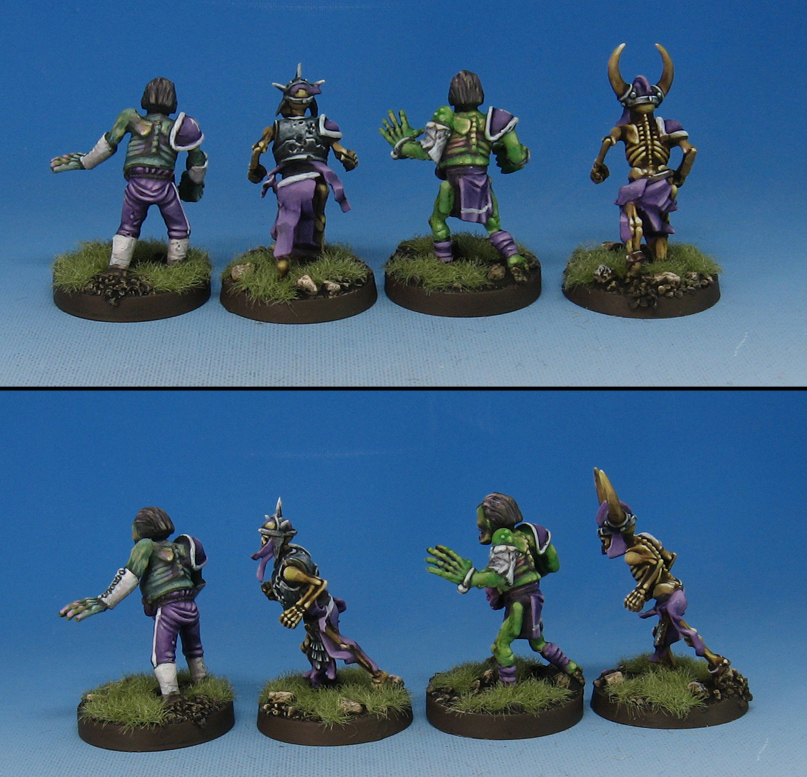 The purple is also handy, since that's part of the uniform colors! 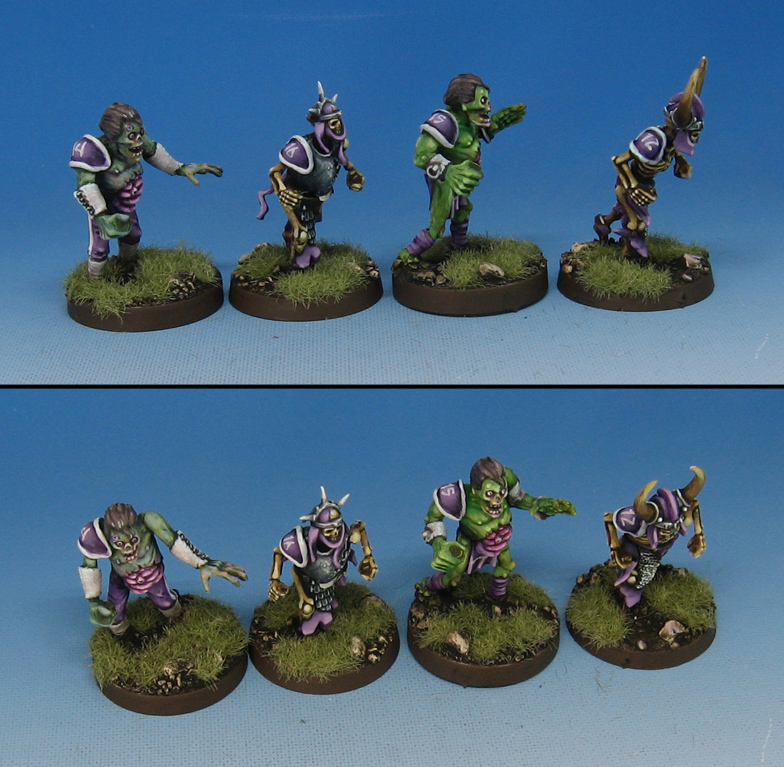 Nothing crazy on the bases... just something to make them look like they are on a Blood Bowl pitch :-)

I went with a more intense green set on the right hand zombie, and that turned out to be a great contrast to the warmer purple color.  The colors on the guts were cooled down a bit to compensate. 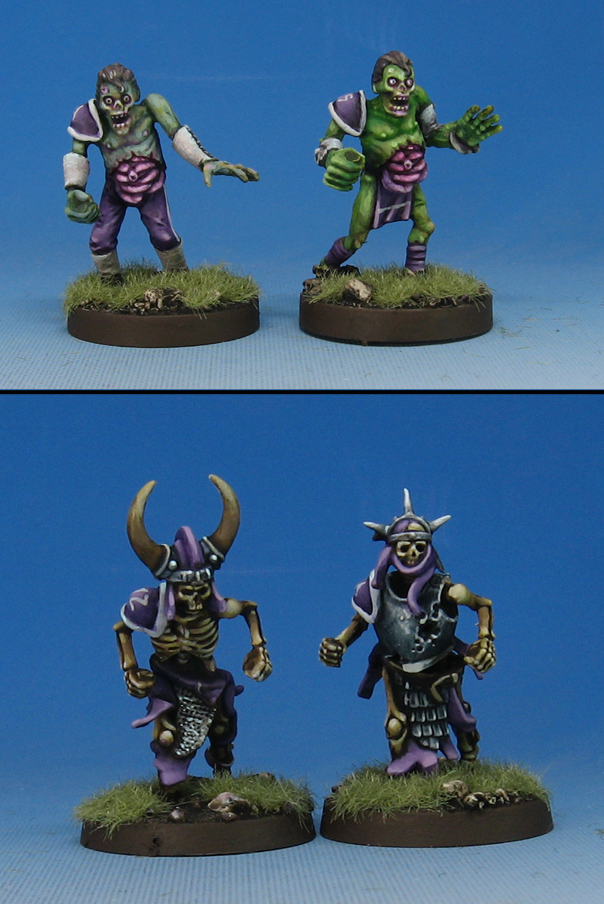 Posted by wappellious at 11:52 AM No comments: 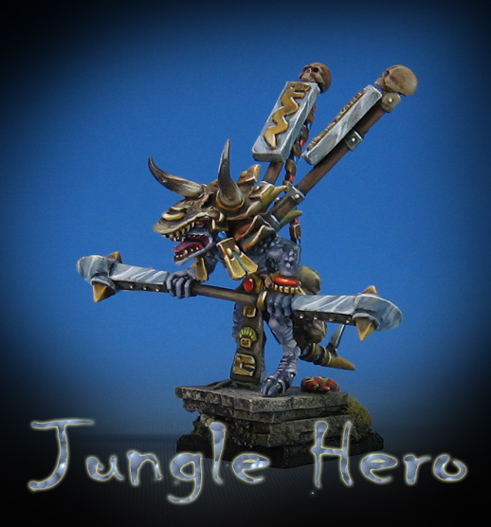 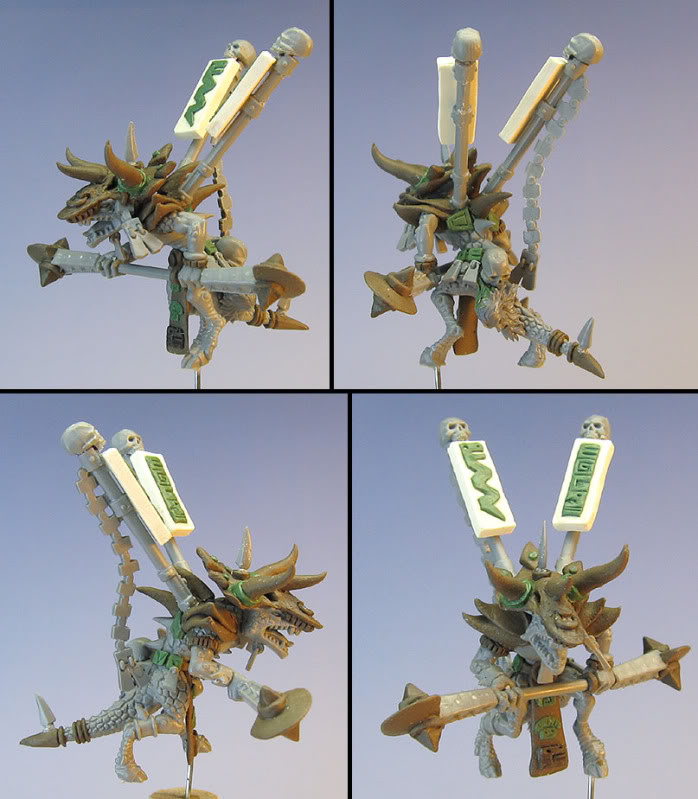 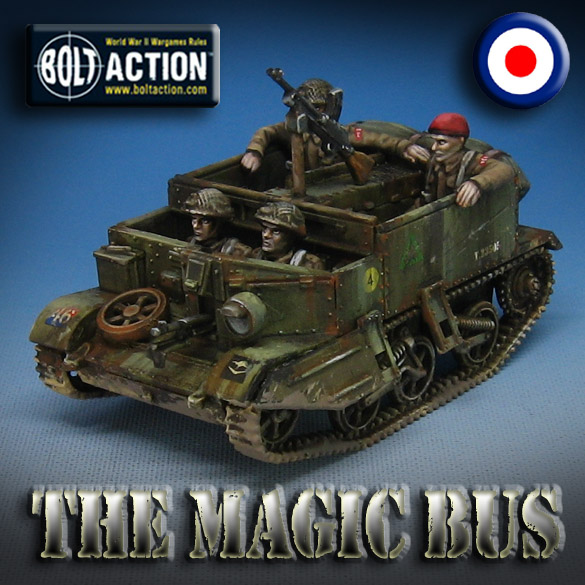 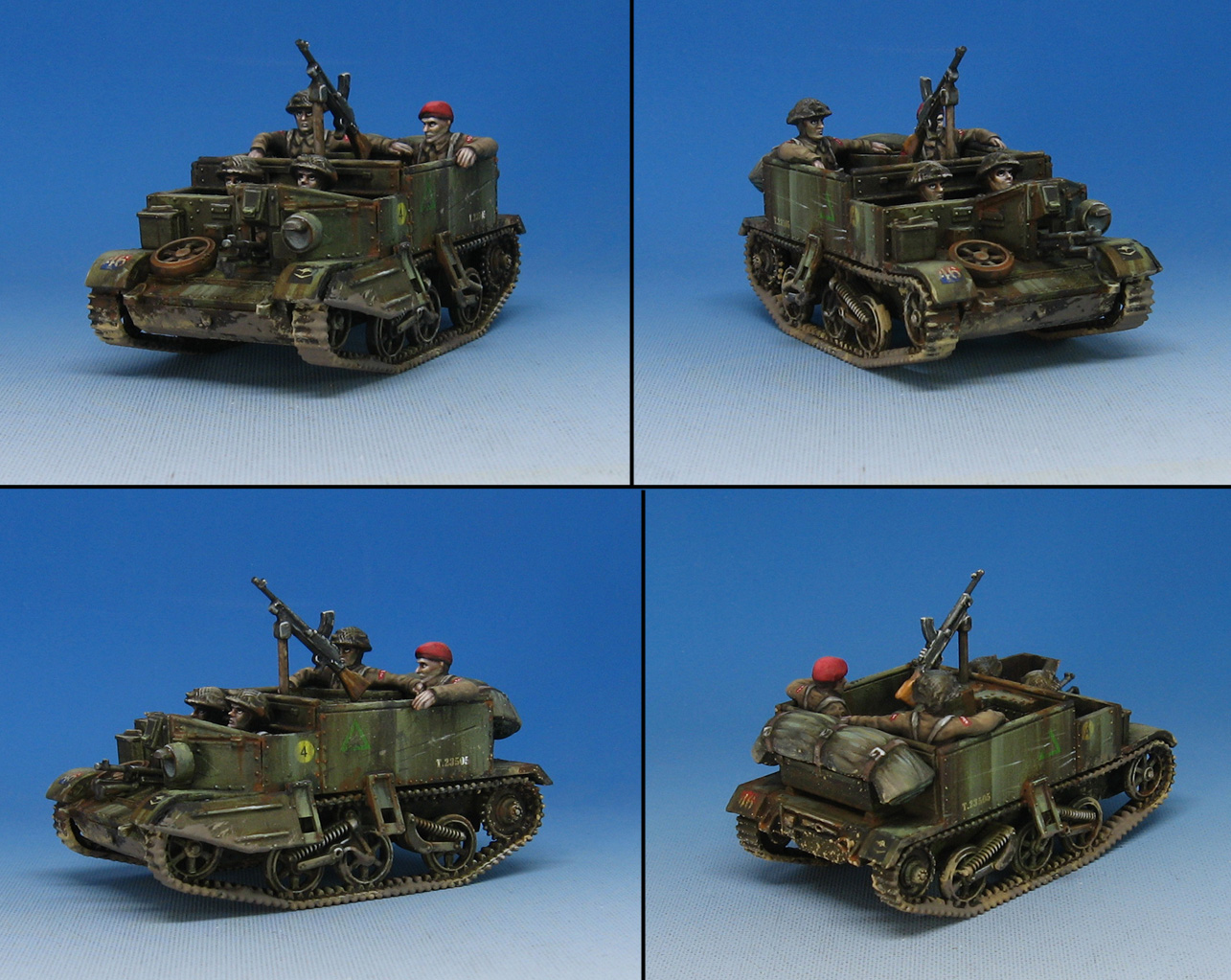 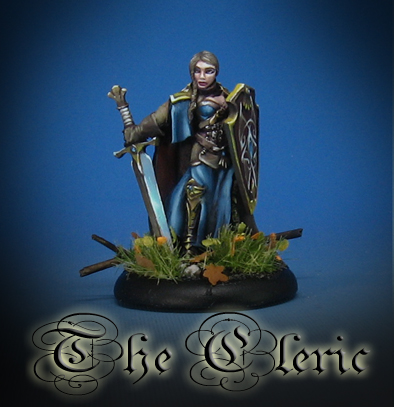 This was my favorite of the adventuring party.  I really liked the pose, and how the massive sword was set in her hand.  Like all Werner Klocke sculpted faces, you can do a lot of expressive looks.

Since I had freehand on the shield, I left the cloak as plain as possible.  There are some transitions in the blue, as it moves from a grayish blue in the lighter areas to a deeper purple shade towards the bottom.

In addition to the Green Stuff World leaf punches, I placed a few tree branches on the base.

Posted by wappellious at 10:47 AM No comments: 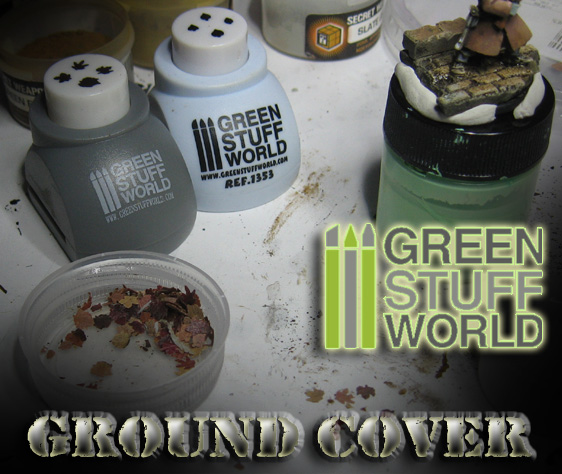 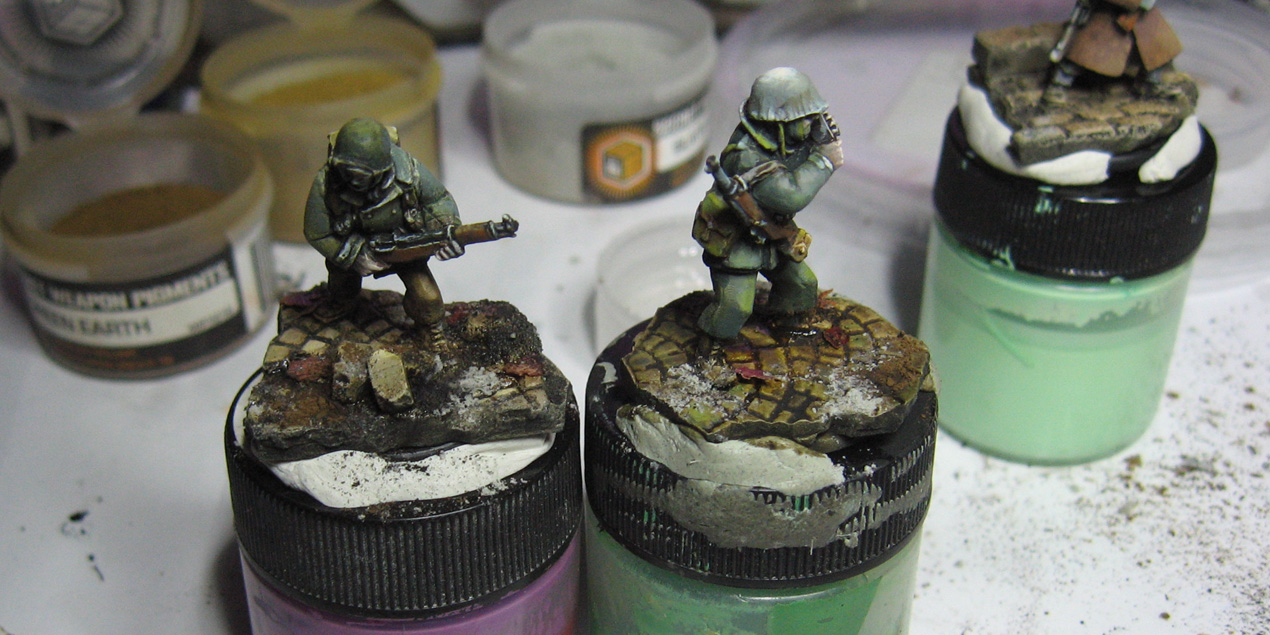 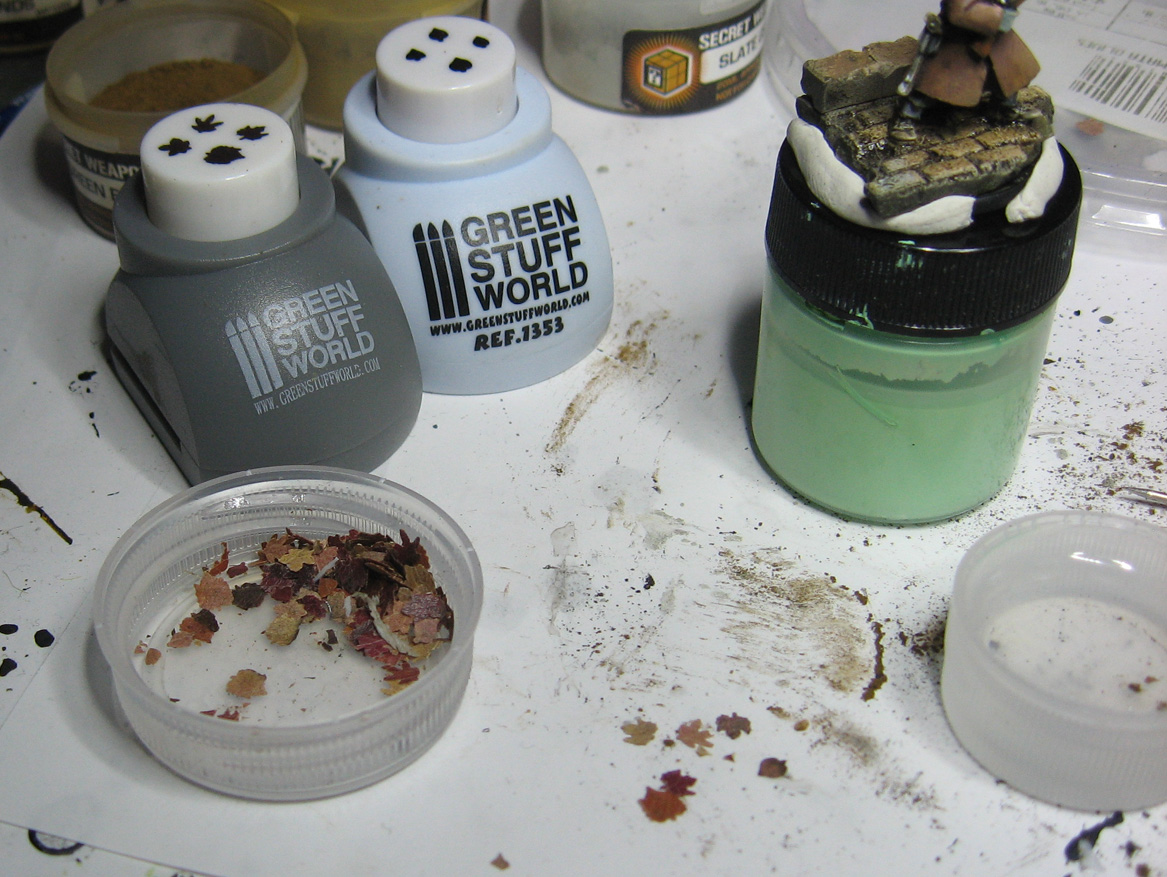 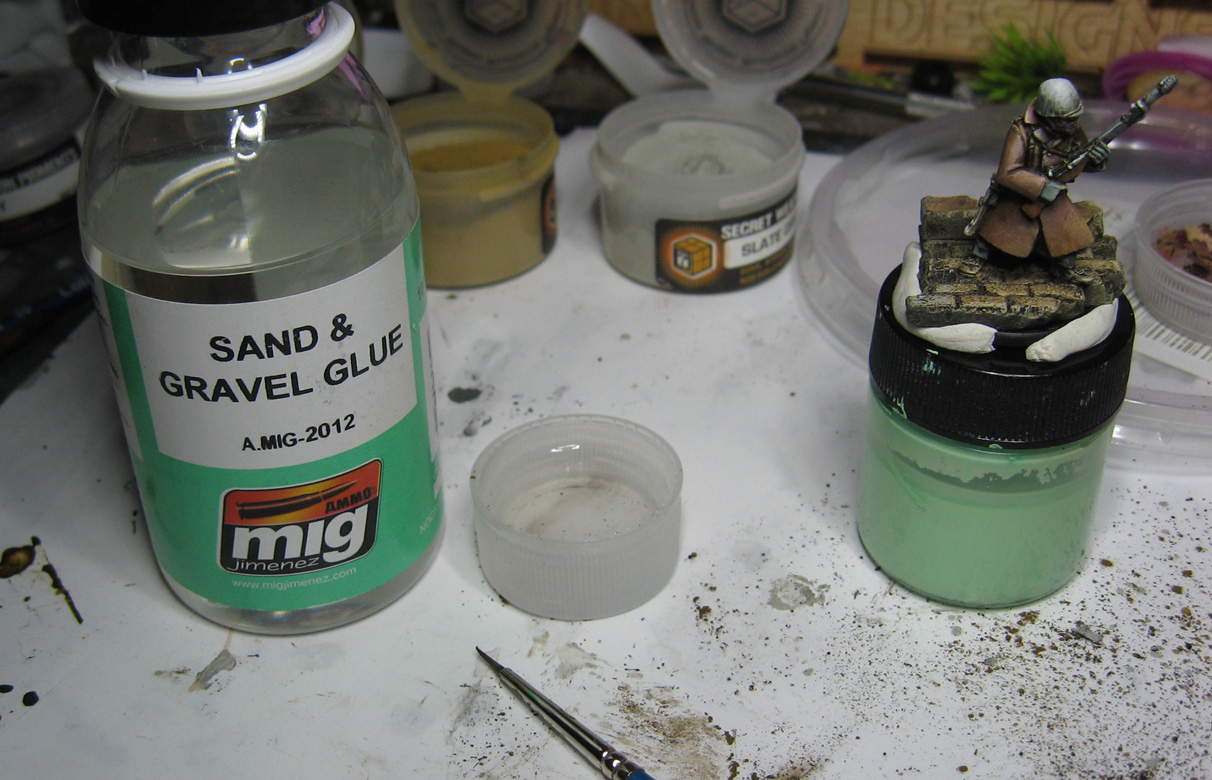 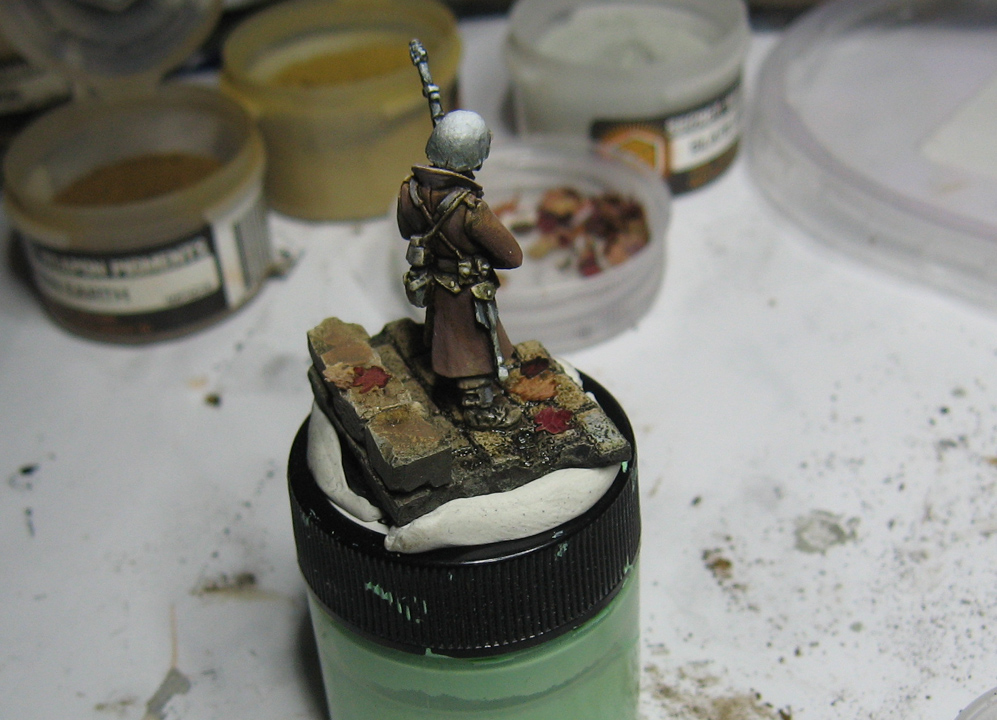 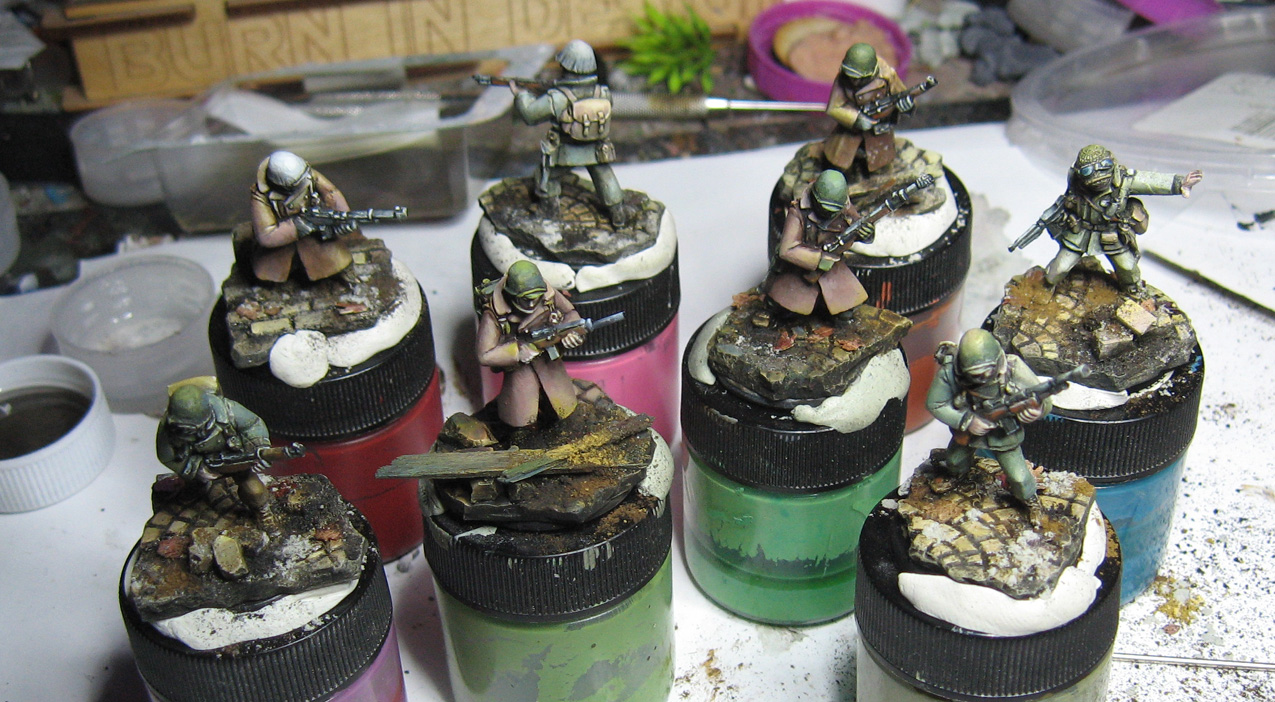 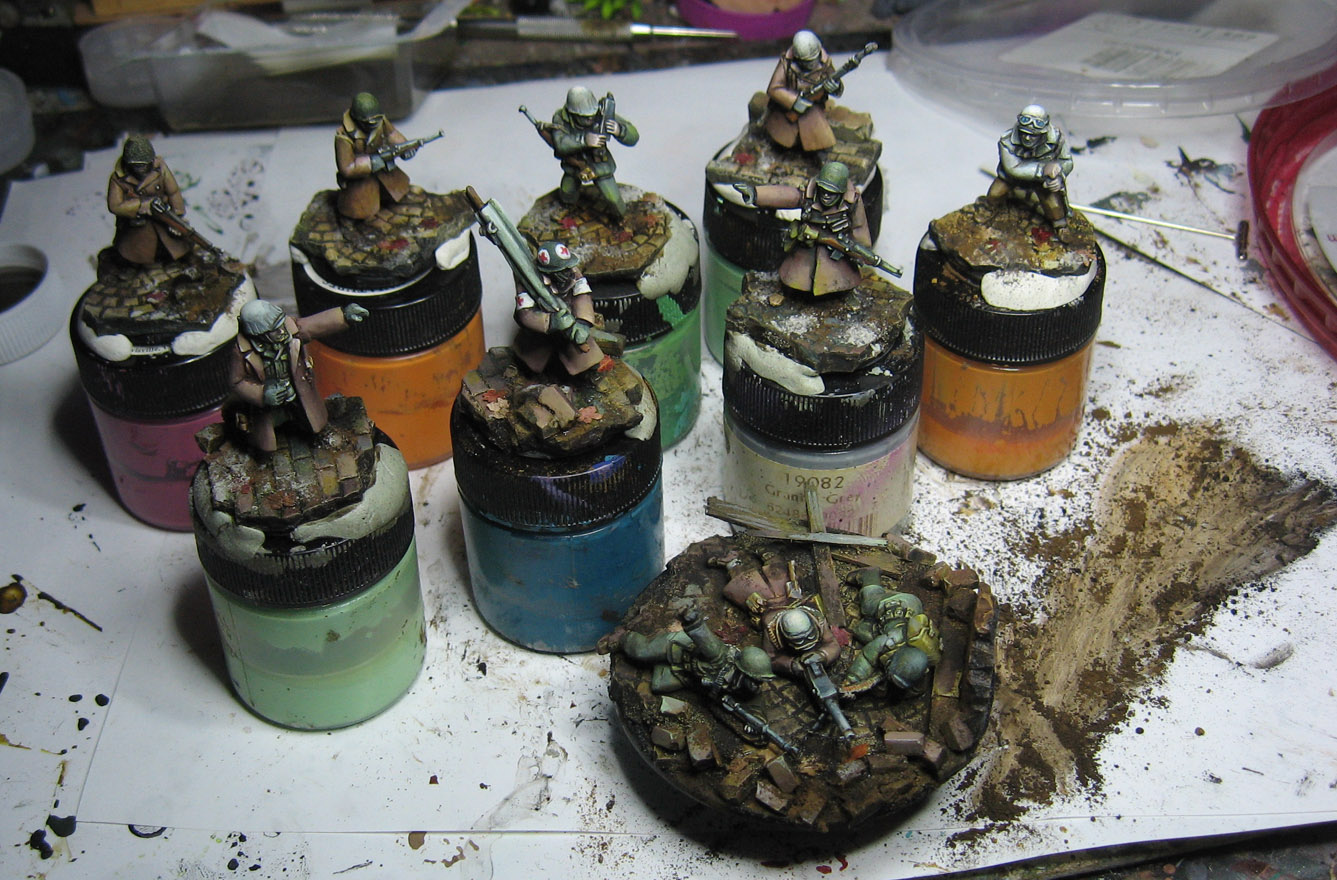 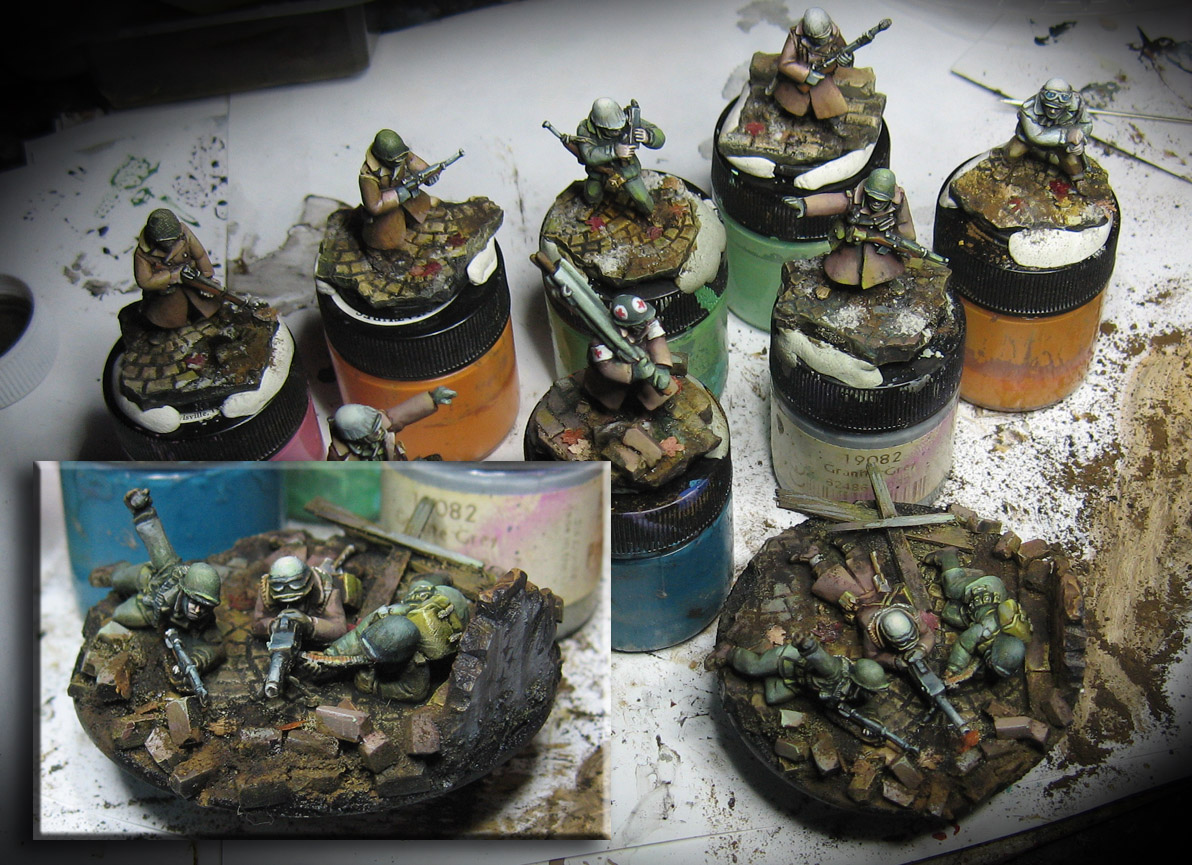 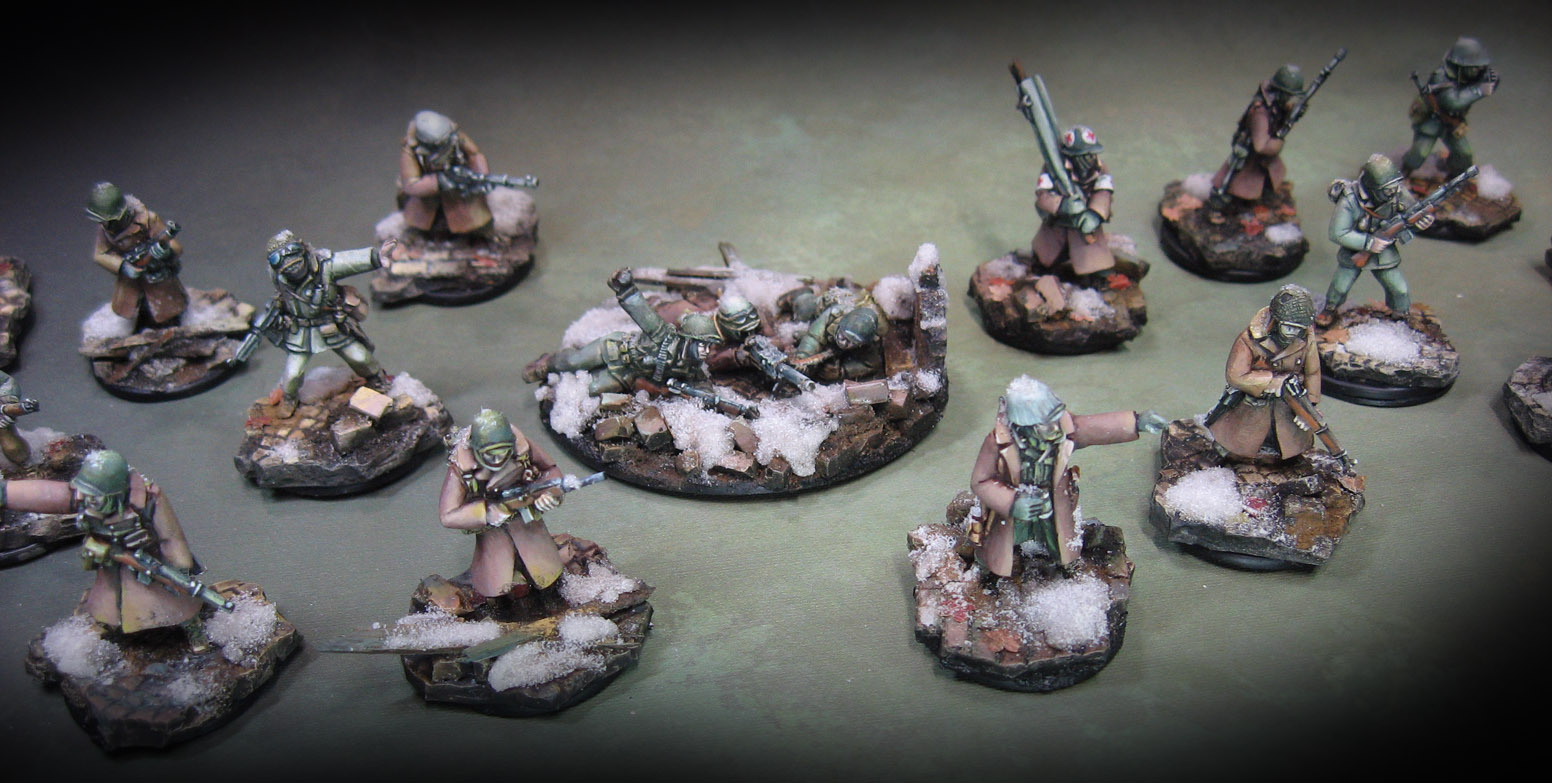 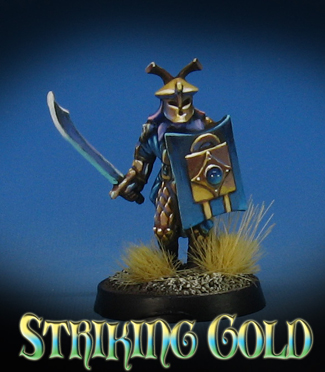 While all non metallic metals are very fun to create, I especially like golds.  They allow for many interesting contrasts between lights and darks, muted and saturated colors, as well as warmer vs cooler tones.

The key to all NMM is in that reflected light, and reflected colors.  This is interesting on regular metal, but with gold,  using warmer tans and sienna against the purples and blues reflected in it.

You can see the differences in the sword blade, where the same colors were reflected.  However, it is less of a temperature contrast.  I normally use a lot of purples and greens in my gold NMM, and this was an ideal candidate!

Posted by wappellious at 10:09 AM No comments: 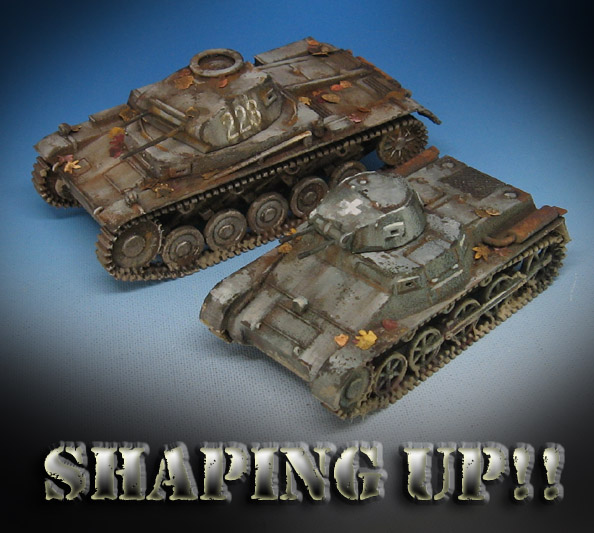 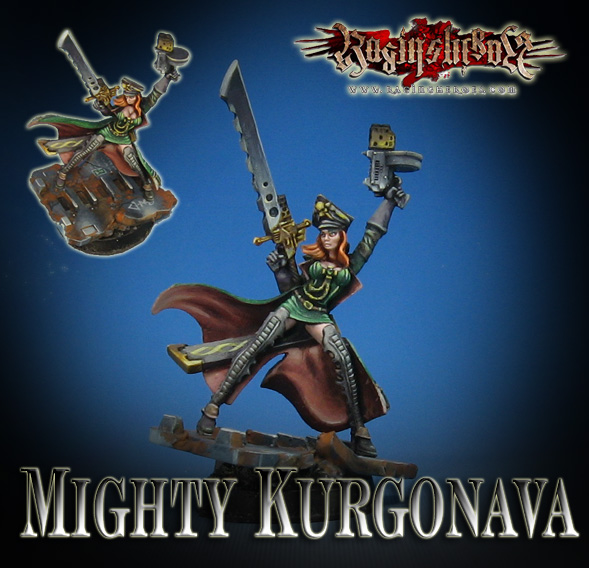